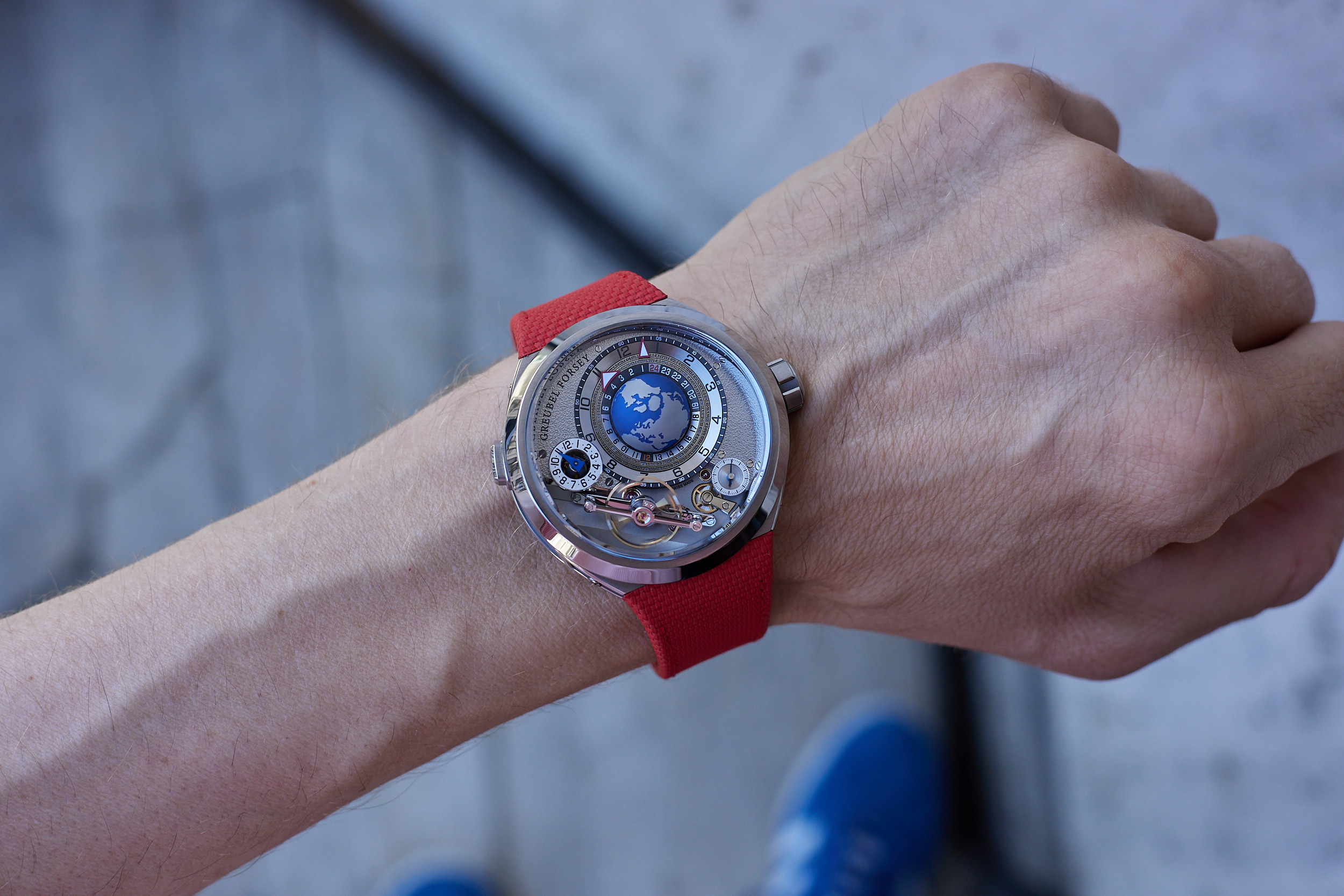 With the GMT Balancier Convexe, Greubel Forsey continues its march towards a cleaner, more consciously planned portfolio of extremely hot and increasingly wearable pieces. The new GMT, presented at the Geneva Watch Days 2022, builds on and redefines the manufacture’s signature time-zone display.

In 2004, their shared relentless desire for perfection made Robert Greubel and Stephen Forsey establish their firm aiming to create nothing but the highest grade timepieces for the equally picky aficionados. Greubel Forsey’s mechanical innovations topped up with the unbelievably hand finished components have created a category of their own. Working under the watchful eyes of the founders must involve significant pressure for employees, yet a once-in-a-lifetime opportunity to master horology at this level. I felt this shared passion among the watchmakers when visiting the manufacture a few years ago.

From an enthusiast’s perspective, each piece is a pleasure to observe through their depths, layer by layer. Every micrometer is manufactured at the limits of the capabilities of humans and machines. It takes time to comprehend the sight and this process cannot be rushed. With all my admiration for what they have accomplished, I have been drawn to the simpler models such as the Balancier Contemporain and Signature 1 as they provided a significantly comfortable wear for my wrist.

With the appearance of the new convex titanium case in the 2019 GMT Sport, the brand not only entered into the trending sports watch territory, but created a container big enough to protect their insane movements. It is light, exciting and is finished down to the bracelet links (the bracelet was added in 2021) to a level barely available anywhere else on the market. No wonder that when the new CEO Antonio Calce started to reshape the company’s strategy in 2021, he saved an illustrious role for the new case in his vision. What was a single novelty in a new sports field for Greubel Forsey, is today a pillar of the product strategy – collections communicated today on the company’s website are: Convexe collection and everything else. The ovoid shape requires new movement structuring, which poses constraints, but at the same time opens a new playfield for designers. New solutions emerged such as the bridge for the gear train and hands overarching the calibre on the GMT Sport, or the 30° broken down surface holding the balance wheel in the Balancier Convexe S² and Balancier S. The new case became cleaner by having the so characteristic scripts of creators’ creed removed, which, if you take your time diving into any Greubel Forsey piece, will be obvious in the details anyways.

After the warm-up, in 2022 the Greubel Forsey team has decided to retouch one of their most characteristic models: the GMT.

The three-dimensional revolving globe with the 24h time zone indications emerged in 2011. It showed the local time on the main dial, gave an hour display for a second time-zone and provided the 3D globe for instant reading of 24 time-zones. Initially visible from the top and side windows, the Earth became even more pronounced via the back opening in the 2018 GMT Earth. The new convex case also debuted with the GMT function, which remained in the very same place where it has always been: the lower left corner of the timepiece. Representing the eternal interaction between the Earth’s gravity and the balance, the globes of Greubel Forsey’s GMT models have always danced with a regulator mounted on a Tourbillon cage. 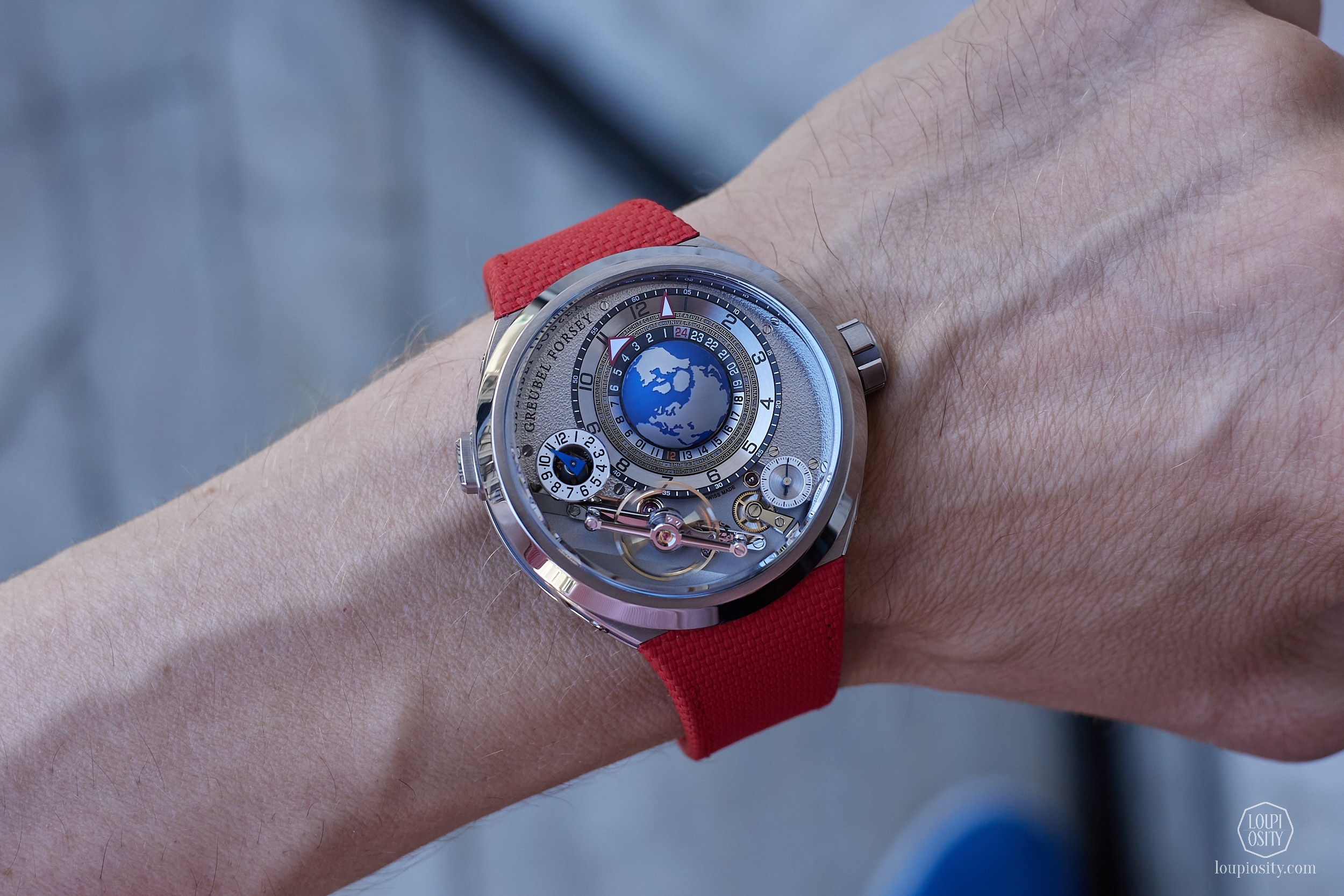 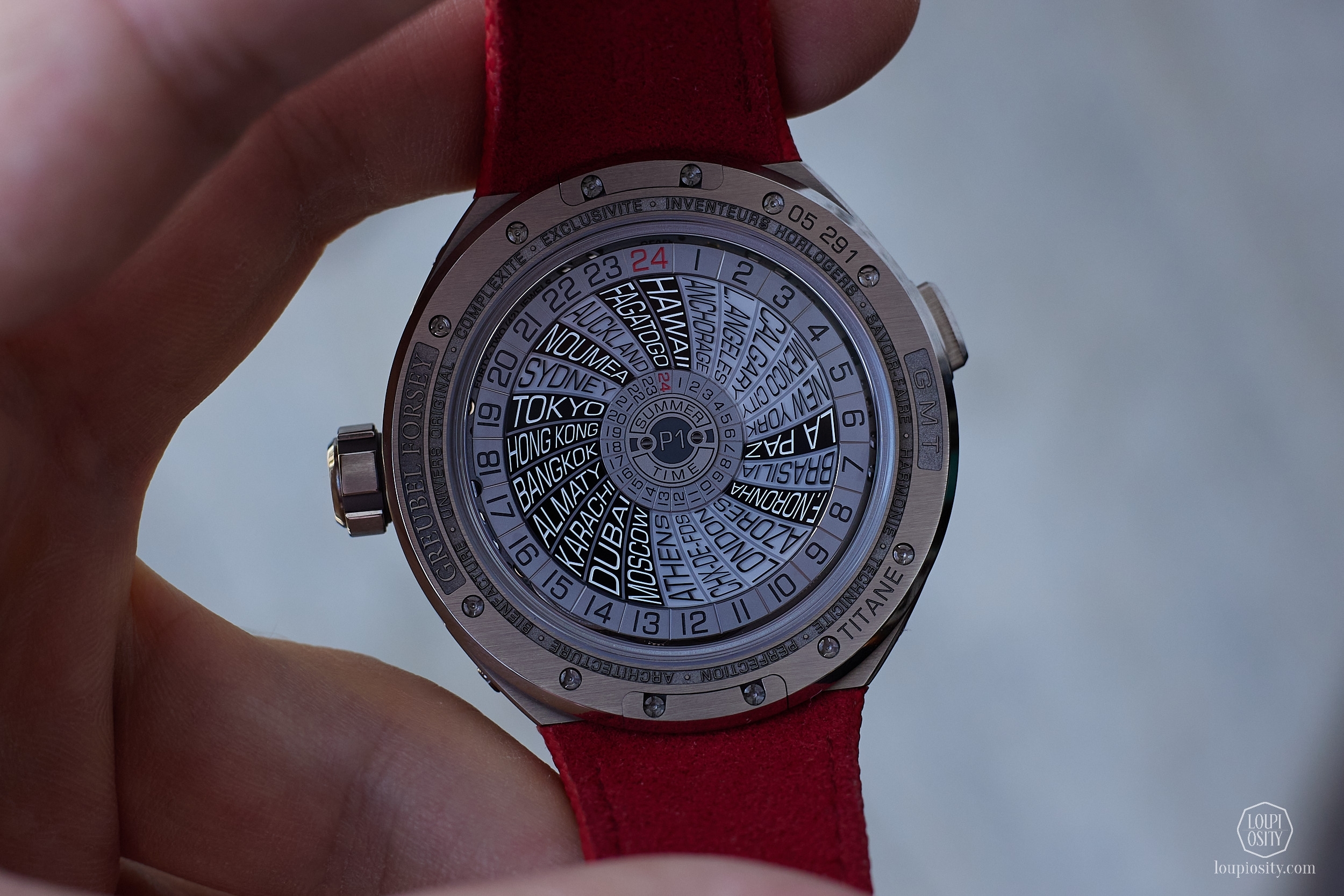 The GMT Balancier Convexe changes much of this. Firstly, the large globe has been mounted close to the middle of the timepiece leaving no question about who is starring in this chapter. In order to reduce all obstruction from the planetary view, the curved hands and their supporting bridge we’ve seen in the 2019 GMT Sport have been completely replaced by two red-lined white triangles rotating with the rings around the Earth to the rhythm of the local hours and minutes. The blue globe and its surrounding rings are recessed in a plateau of titanium, which has been hand finished with a brush to provide a beautiful frosted backdrop. Its reflections are further articulated by the polished inner case.

The magnificent 12.6mm balance wheel Greubel Forsey designed for the Signature 1 (and then placed in the Balancier Contemporain, Balancier S and Balancier S²) has been installed on a 30° inclined escapement platform. It is held by an exceptional flat black-polished and barrel-polished steel balance bridge. The 3Hz oscillation of the huge balance wheel is also reflected by the case’s polished inner wall, which ascends and descends around the movement.

Much of the internal components just like the case itself are made of titanium, which makes the not particularly small (46.50mm at the bezel), but already very ergonomic case fantastic to wear. This is true of not just the GMT Balancier Convexe, but all latest models in the line. My excitement about the optical brilliance of the case grew further with the natural comfort it provides. 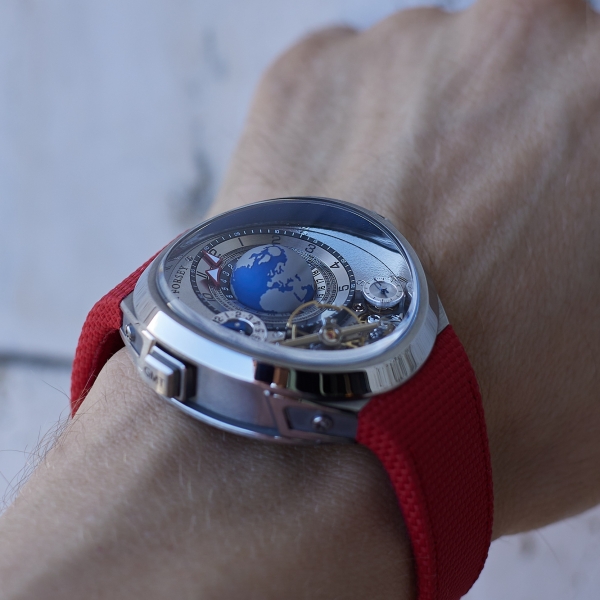 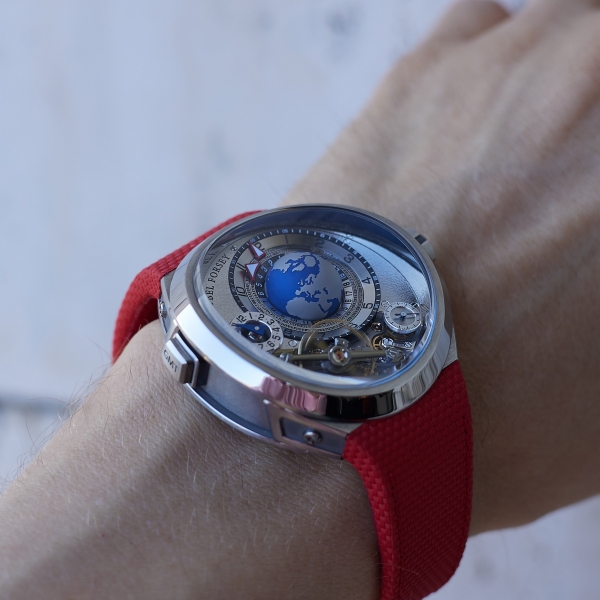 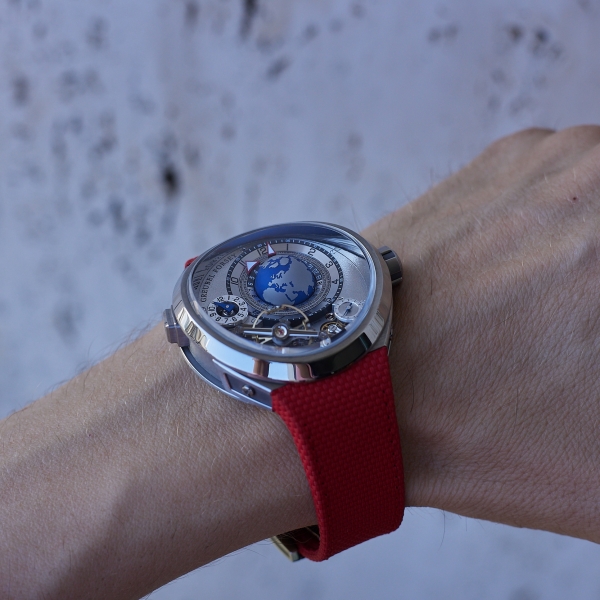 Greubel Forsey at Dubai Watch Week 2021 Greubel Forsey recently revealed their latest project the ‘Renaissance d'une Montre’ which will be instituted in 2023 and which is destined to provide some of their timepieces with a second life. Beside the introduction of this project the manufacture brought a new timepiece to the Dubai Watch Week - the Balancier S2Greubel Forsey - Balancier S Greubel Forsey unveils the new Balancier S featuring a large, high precision and inclined balance wheel within a water resistant titanium case tailored for the most active lifestyle.Greubel Forsey - Tourbillon 24 Secondes Architecture Greubel Forsey just unveiled its latest and greatest novelty - the Tourbillon 24 Secondes Architecture has a newly created, atypical case which perfectly contributes to the new tourbillon movement.