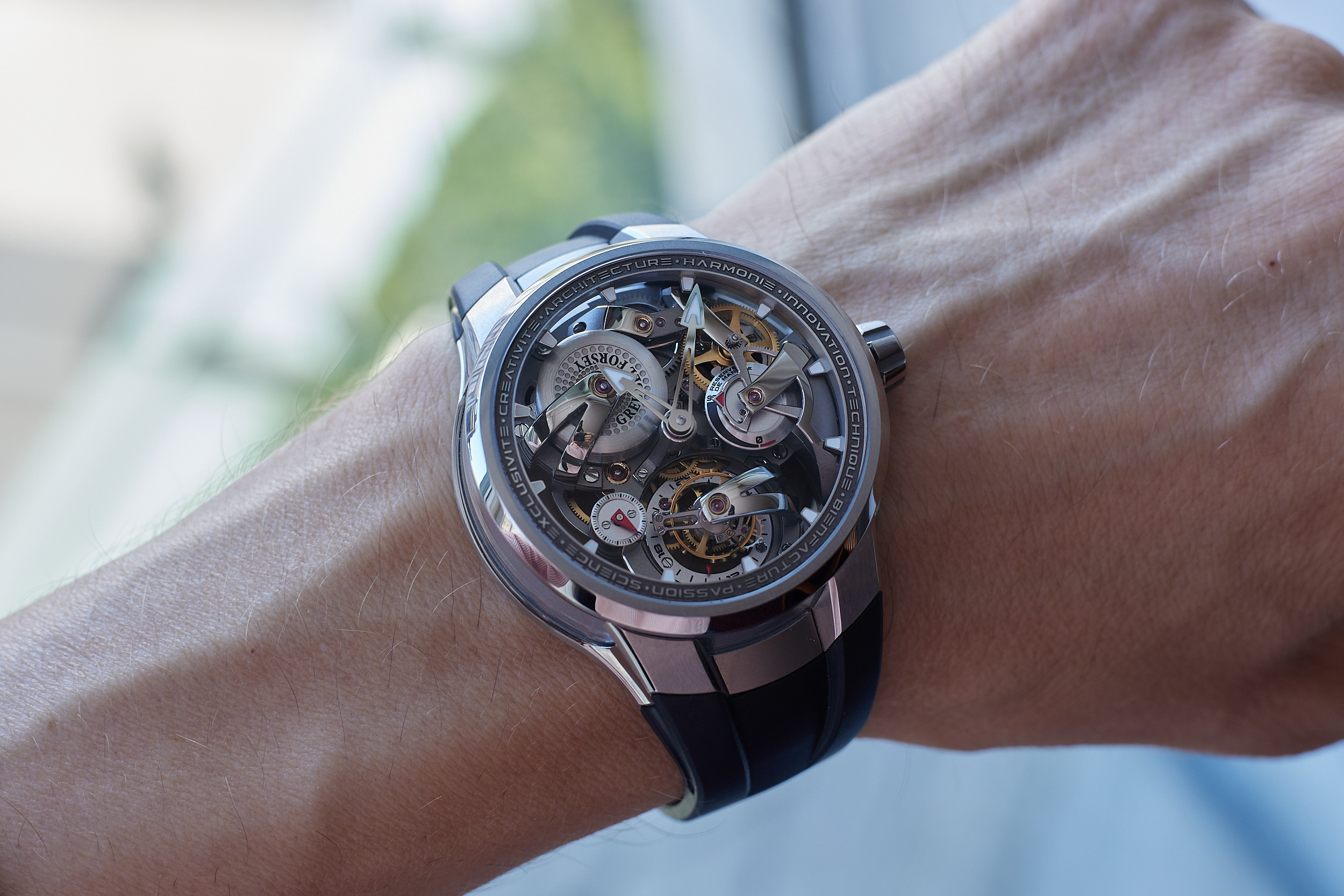 Greubel Forsey just unveiled its latest and greatest novelty – the Tourbillon 24 Secondes Architecture which has a newly created, atypical case which perfectly contributes to the new tourbillon movement.

The founders of Greubel Forsey have a great appreciation for history and heritage of the finest watchmaking – so much so, that in 2012 they initiated the ‘Naissance d’une Montre’ project together with Philippe Dufour (one of the most eminent contemporary watchmakers) and Michel Boulanger (a watchmaking teacher from the Diderot vocational training college in Paris) to revisit forgotten watchmaking tools and techniques. The goal is to construct and complete an entire working watch by hand – the prototype they made was auctioned by Christie’s in Hong Kong in May 2016 for USD1.5 Million.

At the same time the brand has always been keen on innovation and inventions both in their design and technical aspects with watches like the Quadruple Tourbillon, the Double Balancier, the QP à Équation or the Différentiel d’Égalité. As the Manufacture sums up, the latest timepiece ‘is a physical manifestation of the Greubel Forsey Art of Invention’.

The Tourbillon 24 Secondes Architecture’s 50m water-resistant titanium case is not only convex but also slightly reminiscent of a so-called conical frustum, which is a frustum created by slicing the top off a cone (with the cut made parallel to the base). It means that the diameter around the caseback (47.05mm) is wider than it is around the bezel (45mm). With this shape the watchmakers can have enough space to fully showcase the movement architecture within, while at the same time giving the impression of being significantly smaller than it actually is.

The Greubel Forsey timepieces often offer a great view to their movement from different angles, but they have never before created a movement visible from above, below, and from every angle around the caseband. This serves not only the pleasure of the wearer but also allows the light to play very nicely with the shadows and reflections on the whole movement architecture.

The 354-part caliber features hours, minutes and small seconds, a 24-seconds tourbillon rotation and 90 hours power-reserve, indicated by a moving red triangle over a conical disk at 3 o’clock. 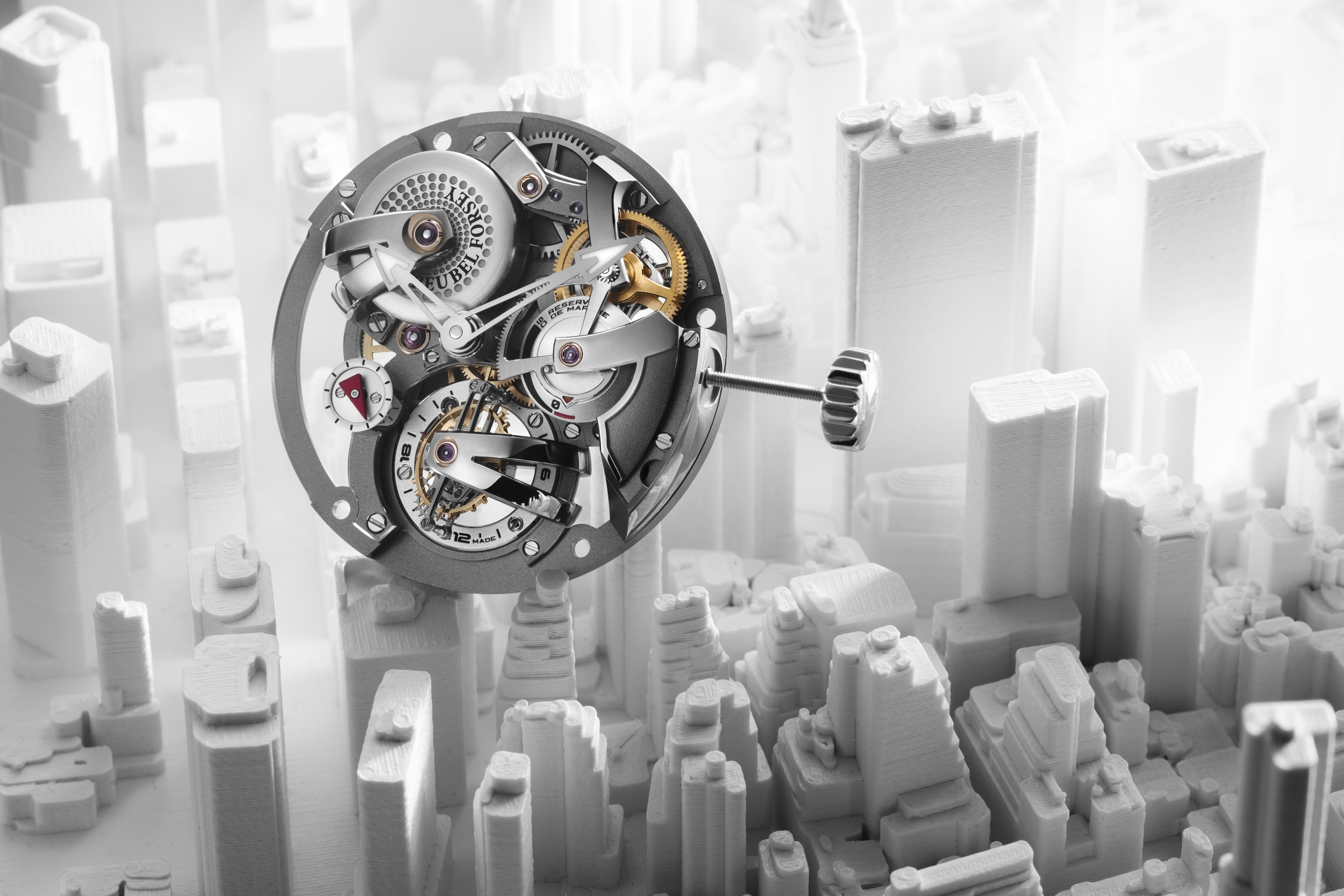 Two openworked hands indicate the hours and minutes, mounted on a signature Greubel Forsey tripod bridge and you can find the small seconds at 8 o’clock on a cylinder.

If you are facing the watch, two spherical, shiny and openworked bridges look pretty dominant – at 6 o’clock, the Tourbillon 24 Secondes is moored from a large bridge and the slightly bigger barrel bridge at 10 o’clock. The barrel cover is engraved, lacquered and circular-grained and contains three coaxial series-coupled fast-rotating barrels, one of which is equipped with a slipping spring to avoid excess tension upon winding. 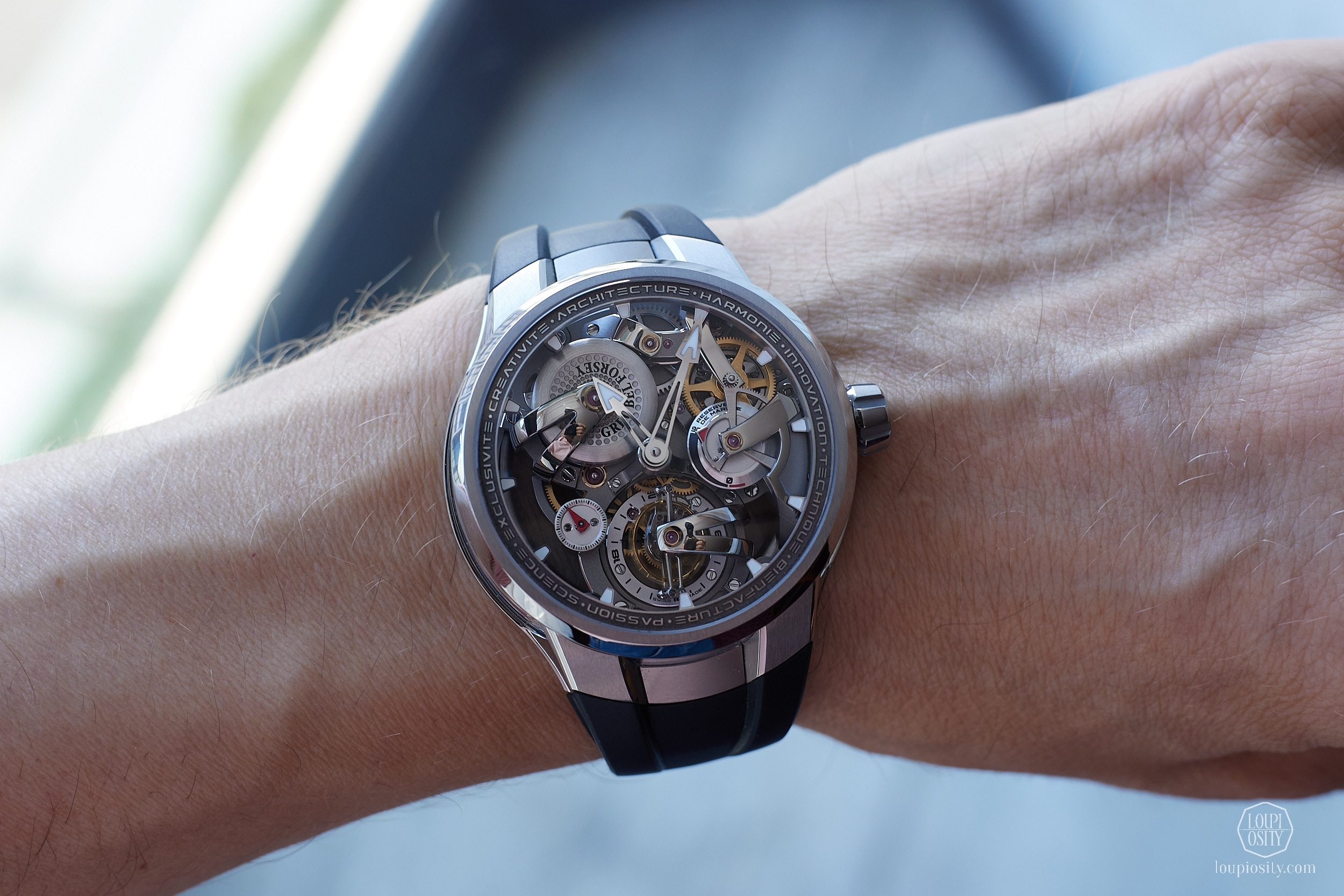 As last summer Greubel Forsey announced that it will completely eliminate animal leather from its straps, so the watch has a vegan bracelet with titanium folding clasp and the engraved GF logo.

The Tourbillon 24 Secondes Architecture will be limited to only 11 pieces in 2022, then to 18 pieces a year between 2023 and 2025 for a total of 65 exclusive timepieces overall. 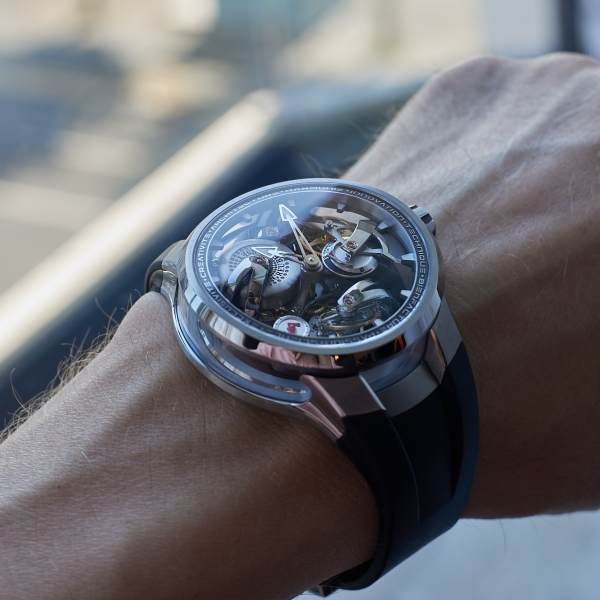 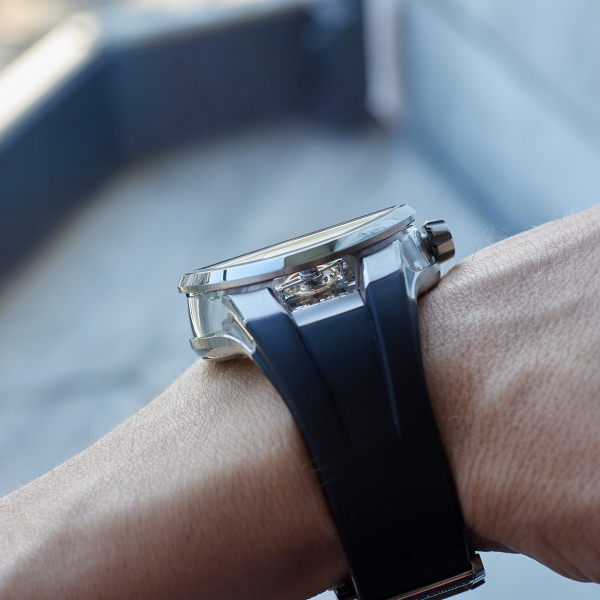 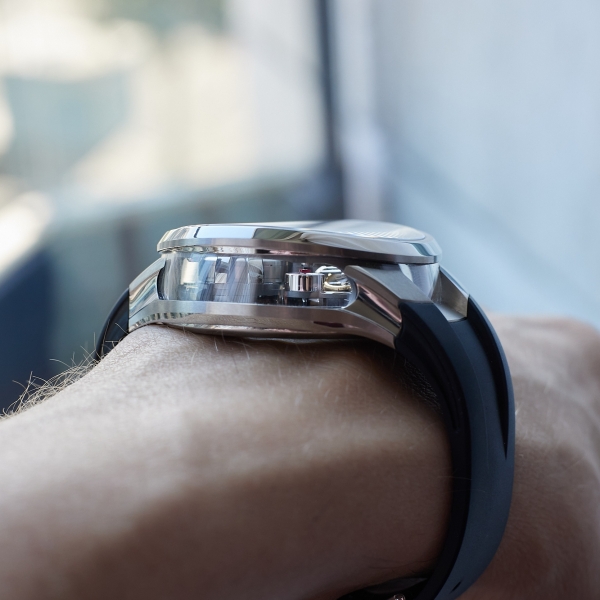 Greubel Forsey at Dubai Watch Week 2021 Greubel Forsey recently revealed their latest project the ‘Renaissance d'une Montre’ which will be instituted in 2023 and which is destined to provide some of their timepieces with a second life. Beside the introduction of this project the manufacture brought a new timepiece to the Dubai Watch Week - the Balancier S2Greubel Forsey GMT Quadruple Tourbillon Greubel Forsey presents the GMT Quadruple Tourbillon in titanium with striking blue accents.Greubel Forsey GMT Balancier Convexe With the GMT Balancier Convexe, Greubel Forsey continues its march towards a cleaner, more consciously planned portfolio of extremely hot and increasingly wearable pieces. The new GMT, presented at the Geneva Watch Days 2022, builds on and redefines the manufacture’s signature time-zone display.