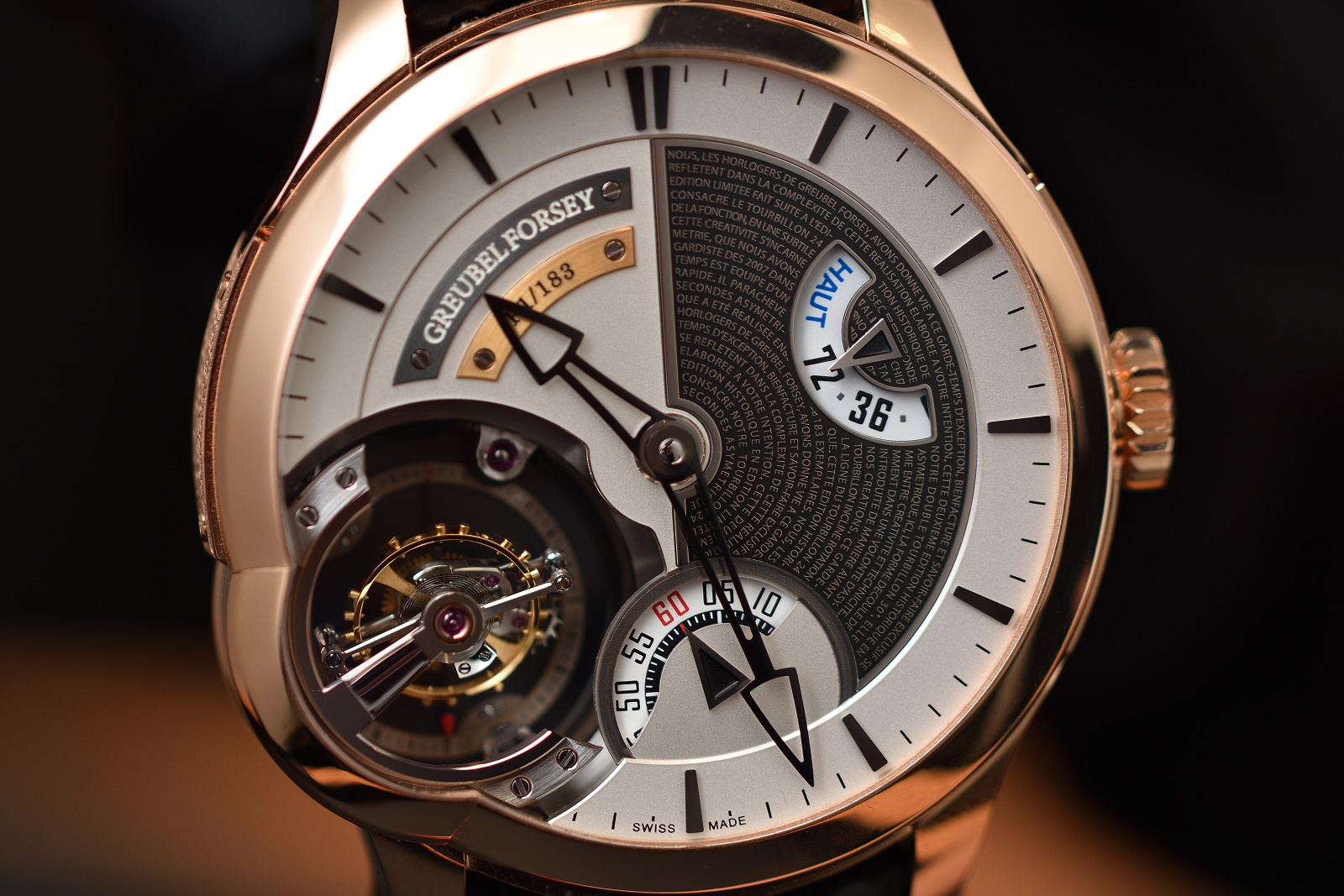 It was in 2006 when the Richemont Group entered Greubel Forsey’s company registry by acquiring a minority share. It was after only two years of operation, which clearly signed that they are doing something exceptionally well. Right at the inception of their company in 2004 Robert Greubel and Stephen Forsey filed the patent request for their fast pace tourbillon, which has been regulating the pieces of three collections since: Asymétrique, Contemporain and Vision. Chasing performance and efficiency, the 24 Seconds Tourbillon has been installed in an inclined manner, which as a result also significantly characterized the looks of all three models.

In 2017, after 10 years of production and approximately 200 manufactured pieces, Greubel Forsey decided to retire the Asymétrique, the debuting collection of the 24 Seconds Tourbillon. Just like when they ended the Double Tourbillon 30° collection in 2010, Greubel Forsey released an “Edition Historique” to say farewell by encapsulating the essence of the Asymétrique models. In fact, the typical shape has been spiced up with small details that never appeared on Tourbillon 24 Secondes timepieces before. We held the piece in our hands at the SIHH2017. 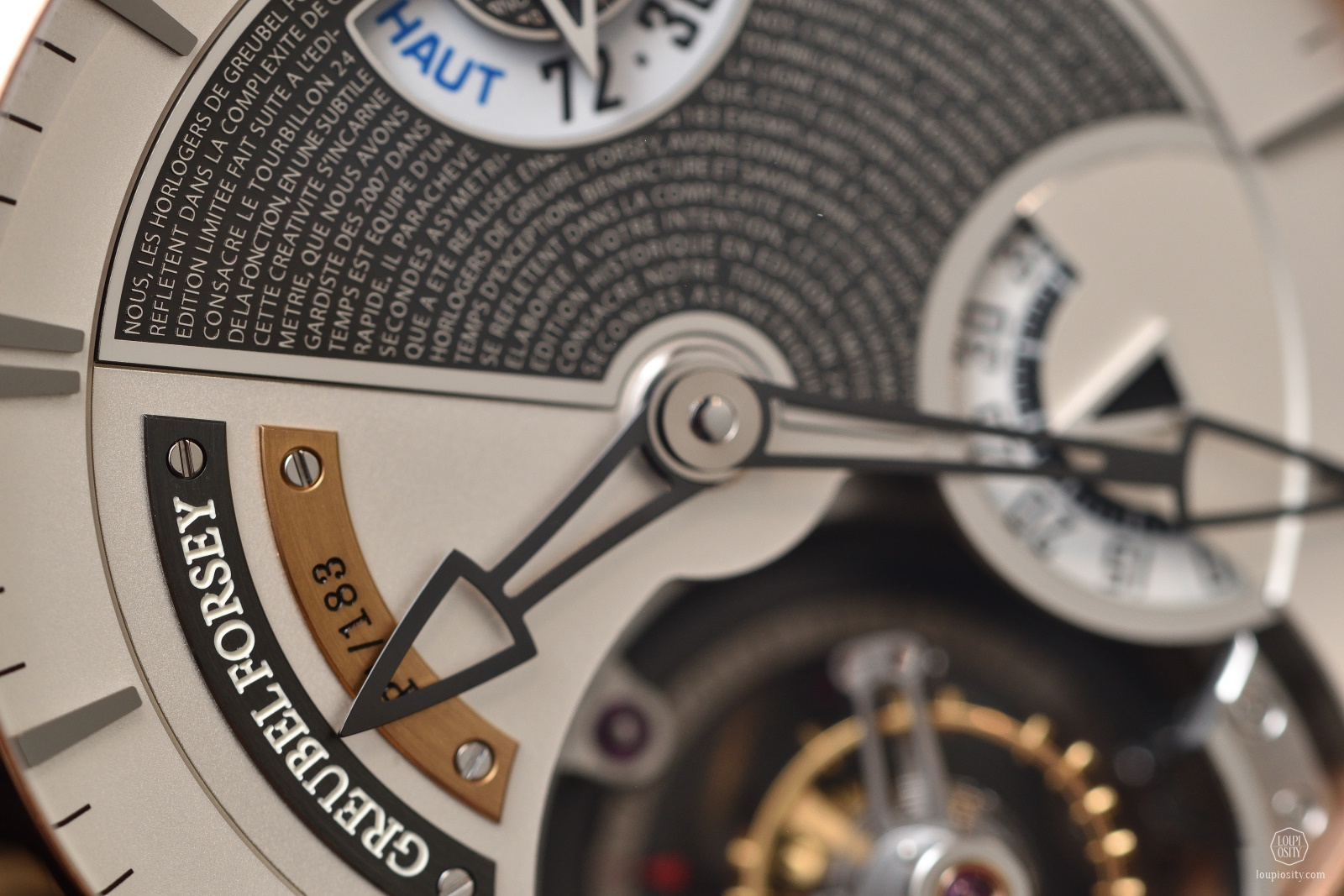 First, the 3D engraved proclamation of the manufacture about their philosophy of watchmaking was applied on the right half of the dial in concentric circles. Breaking the ocean of Edition Historique’s manifesto, the power reserve and the seconds indications are new to this line too. They both consist of a rotating disc, wearing the numerals on their skin with blue and red markers at the extremes of their scales.

Greubel Forsey has a special talent for conveying the excitement and the beauty of asymmetry to the audience. The well-balanced imperfection of the form stirs up emotions and fuels curiosity to discover all arches, joints and the secrets it hides. The salient cage and the angled suspension of the tourbillon reinterpret space as it revolves within. Light has its own play by slipping sharply on the perfectly polished surfaces – they are finished according to the legendary standards of Greubel Forsey.

The final edition comes in two colours, 5N gold and platinum, both in an 11-piece limited batch. As opposed to the pictured gold version, the dial of the platinum timepiece is coloured to anthracite. 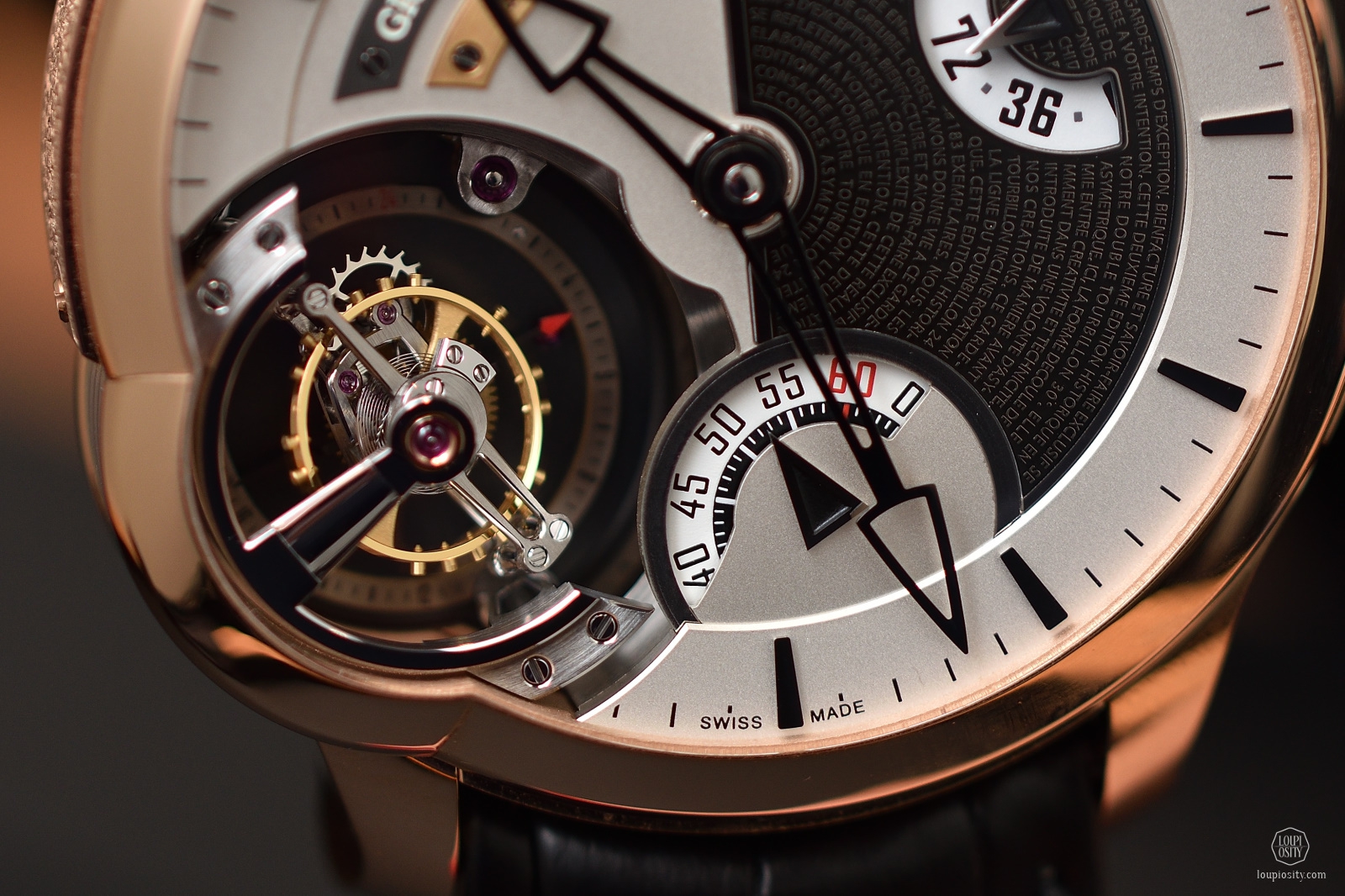 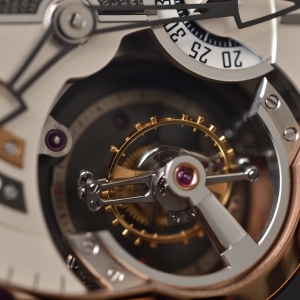 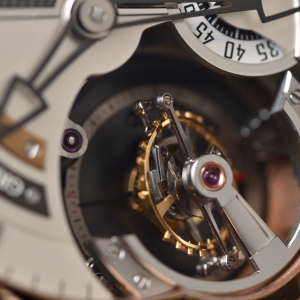 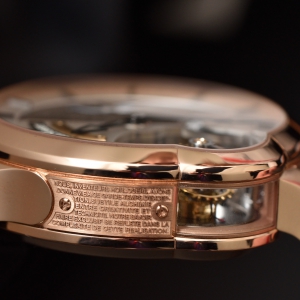