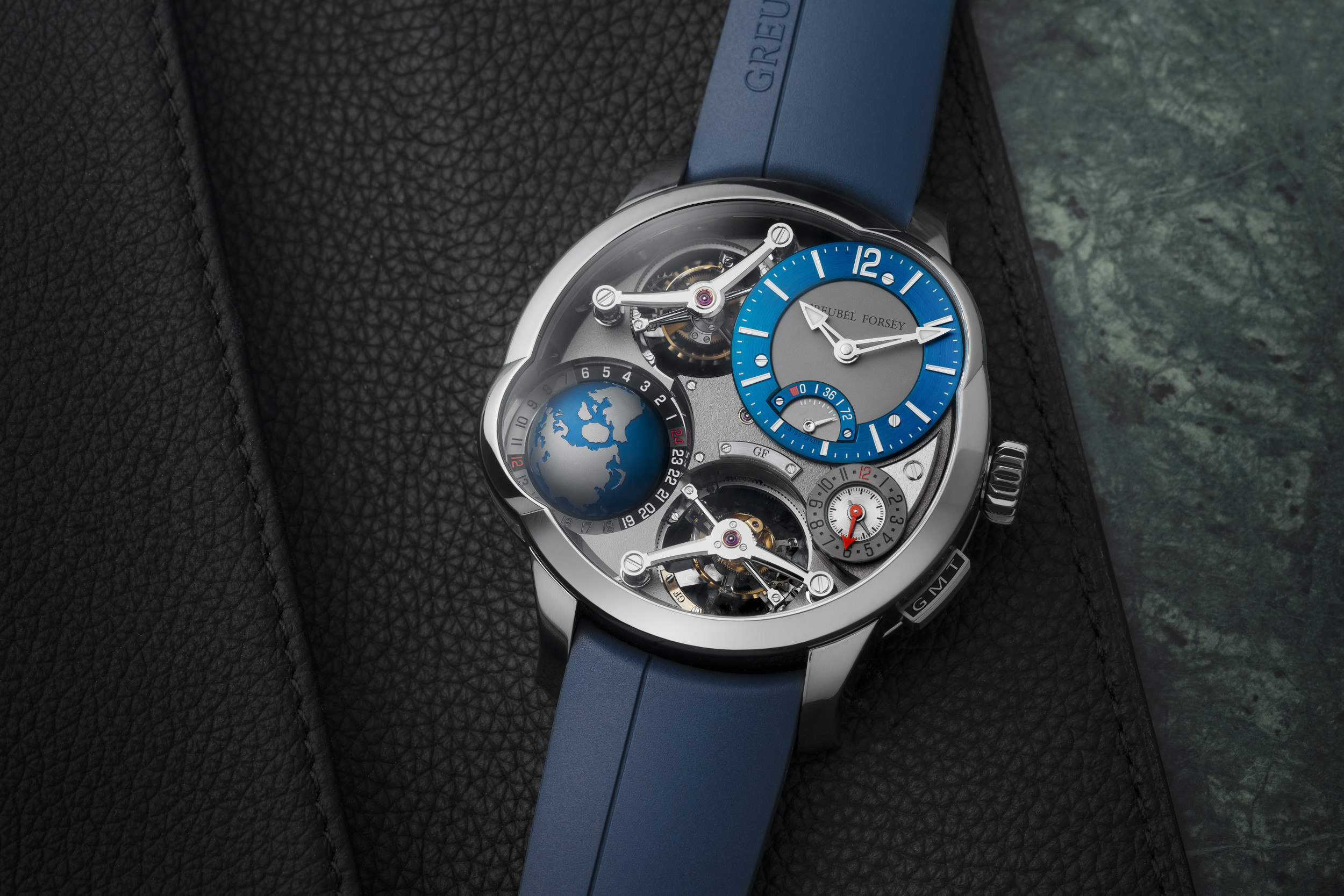 After they have conquered the hearts of watch aficionados separately, Greubel Forsey combined the Quadruple Tourbillon and their ingenious GMT/time zone indication in a single model in 2019.

The Quadruple Tourbillon (their Second Invention) debuted in 2012 and its existence is the perfect example of Stephen Forsey’s maniac pursuit of chronometry. Each of the two balance wheels is set in two tourbillon cages in order to offset the impact of gravity on the balance spring in typical resting positions: one cage is inclined at 30 degrees and rotates once every minute, while the second is horizontal and makes one revolution in 4 minutes. The result is a more steady timing rate averaged out of those of the four tourbillon cages through a spherical differential.

The signature vivid blue three-dimensional rotating globe was introduced in the 2013 Greubel Forsey GMT. It revolves around its axis once every 24 hours by the same gearing that moves the city disc at the back of the timepiece. Looking at it from the top, it gives an instant read of the hours around the Northern hemisphere with the 24 hours scale at its circumference. In all models that the complication appears in, the case is typically asymmetrical and has a sapphire crystal window on its side in order to provide an undisturbed view to the longitudinal axis of the globe. On the 2018 GMT Earth sapphire-cased version even the Southern Hemisphere could be observed through the case back.

The deep blue colour of planet Earth’s oceans returns on the 2021 model’s hour circle, the crescent of the power reserve indicator and even the strap. The gold hour-ring and the power reserve scale are circular-grained. Both received a blue treatment and polished bevelling. They visually pop out from the anthracite colour gold filling and the multi-dimensional mechanical structure that presents polished and matte alternate finishings. The main plate is made of nickel silver, frosted and spotted with polished bevelling and countersinks, and has straight-grained flanks and a grey treatment. 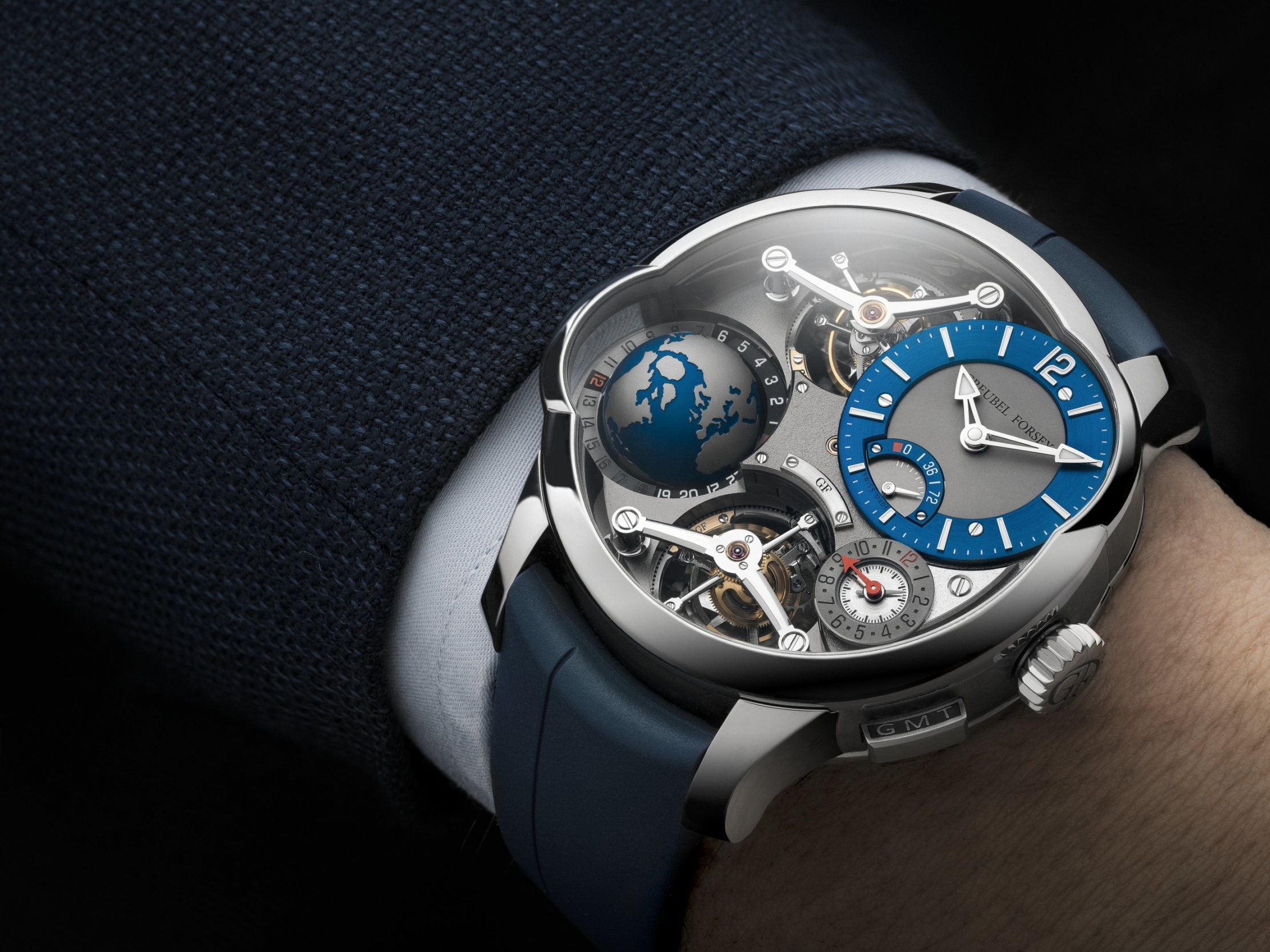 The little sub-dial of the second time zone remained grey with a strong red hour hand that can be advanced by the GMT pusher at 4 o’clock, easily.

The case, the folding clasp, the globe, the crown and the GMT pusher are made of titanium, which reduce the weight by a third compared to the 2019 white-gold model. The maritime colours continue on the strap, which just like on the recent sports watches of the company, was made of rubber.  The blue-gray-matte-polished accents lend a very fresh look to the timepiece. The model will see 11 examples. 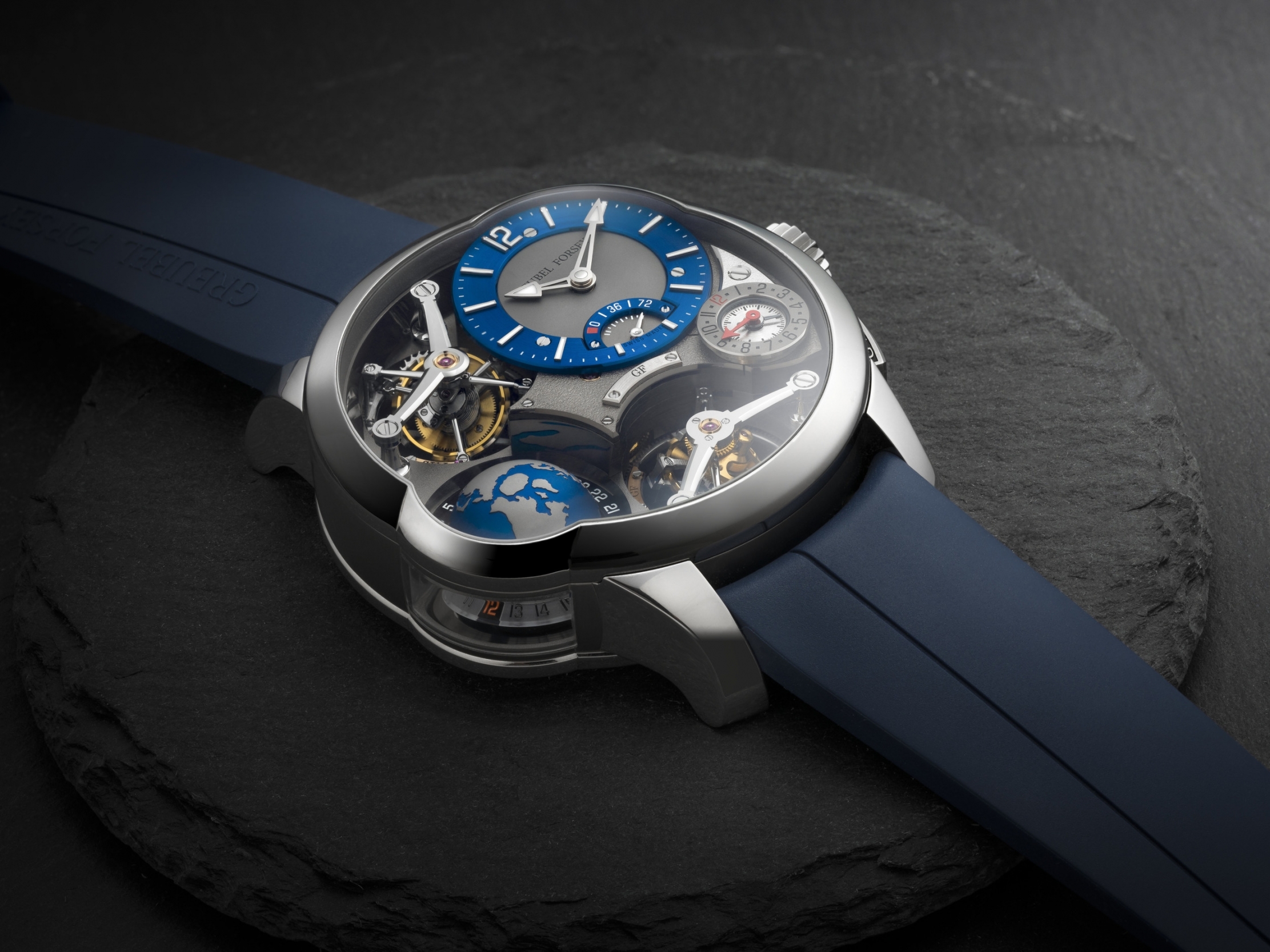 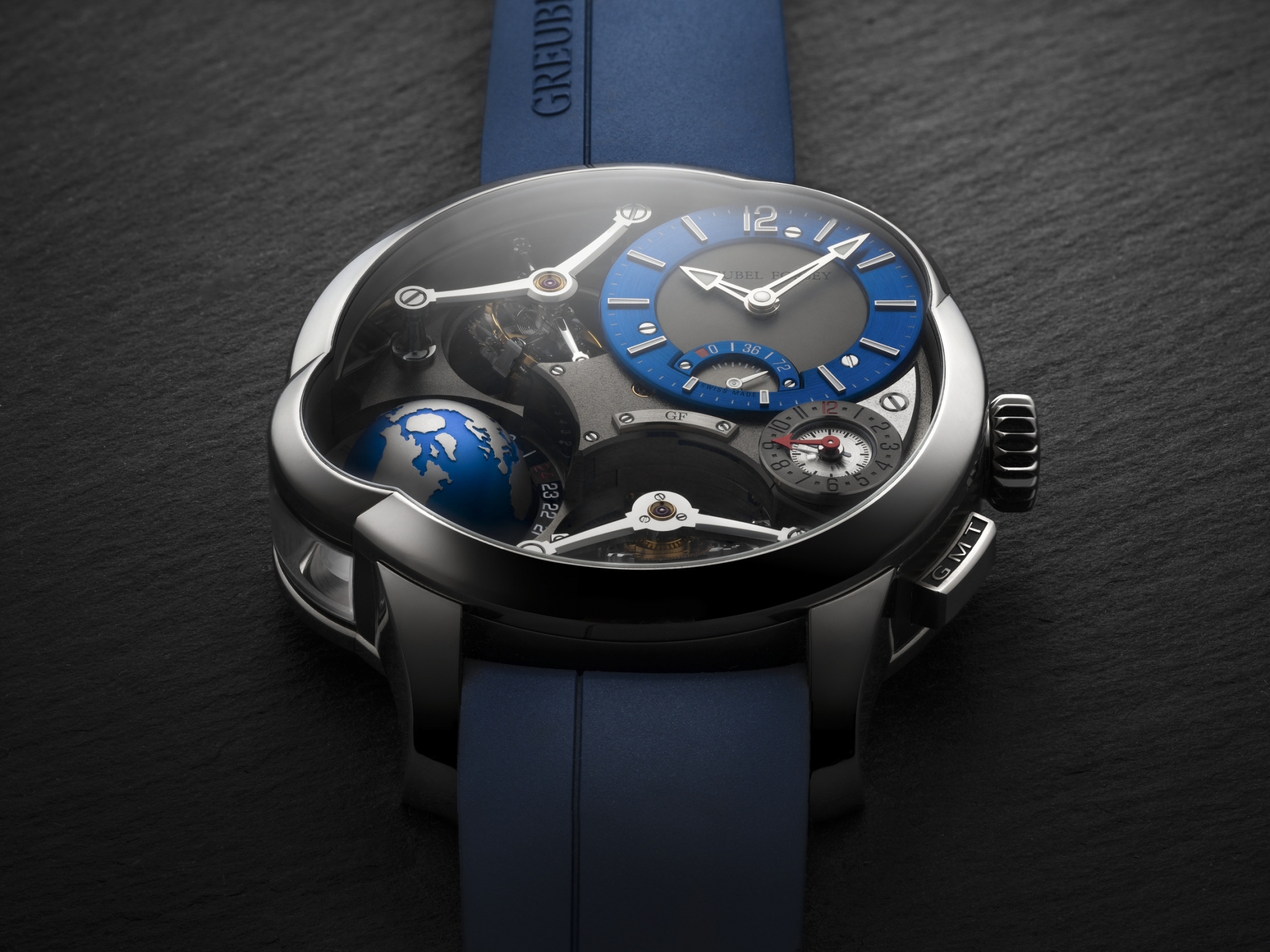 Greubel Forsey - Tourbillon 24 Secondes Architecture Greubel Forsey just unveiled its latest and greatest novelty - the Tourbillon 24 Secondes Architecture has a newly created, atypical case which perfectly contributes to the new tourbillon movement.Greubel Forsey GMT Balancier Convexe With the GMT Balancier Convexe, Greubel Forsey continues its march towards a cleaner, more consciously planned portfolio of extremely hot and increasingly wearable pieces. The new GMT, presented at the Geneva Watch Days 2022, builds on and redefines the manufacture’s signature time-zone display.Greubel Forsey at Dubai Watch Week 2021 Greubel Forsey recently revealed their latest project the ‘Renaissance d'une Montre’ which will be instituted in 2023 and which is destined to provide some of their timepieces with a second life. Beside the introduction of this project the manufacture brought a new timepiece to the Dubai Watch Week - the Balancier S2