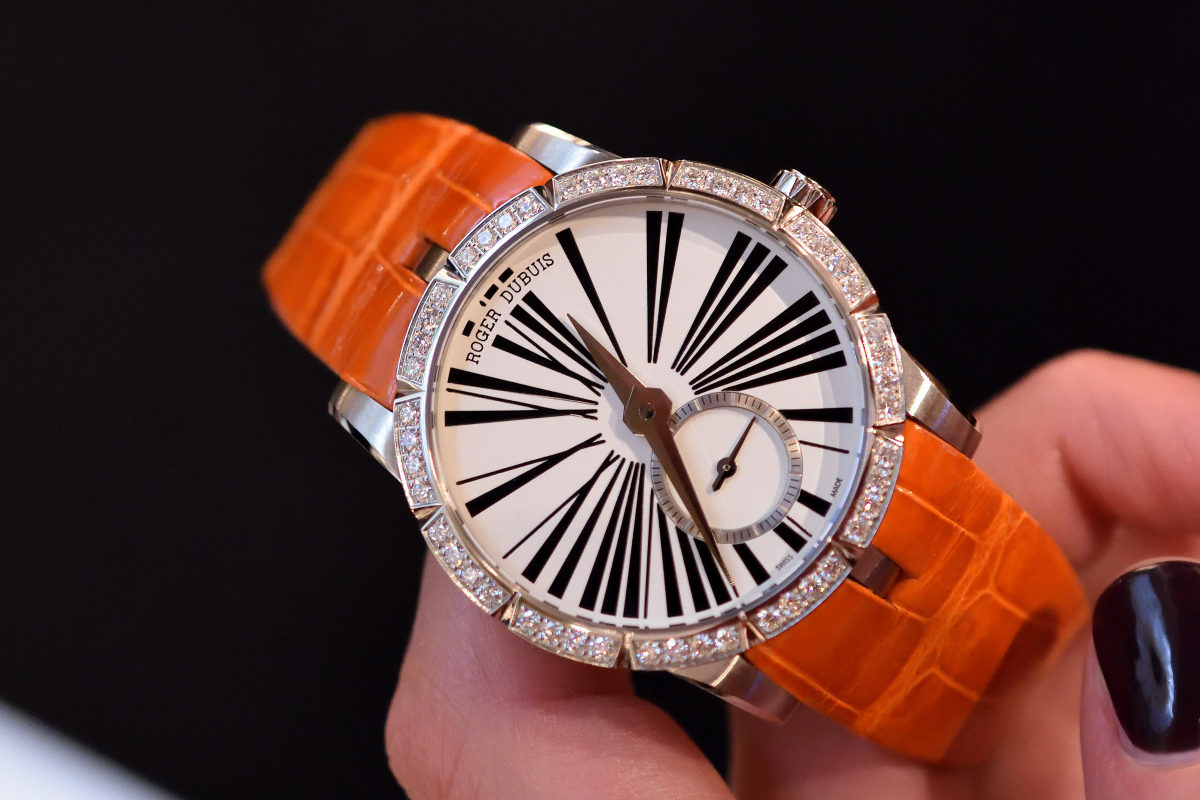 In this series we showcase mechanical and artistic wonders that were especially designed for women and others originally for men that come alive on spirited ladies’ wrists. I visited Munichtime and found models that surely fall in this category.

Munich gives thousands of reasons for a visit. The city, which was mentioned already by an 1158 document signed in Ausburg, was built around the settlement of Benedict monks. From 1180 until 1918 the Wittelsbach dynasty ruled Bavaria from Munich. The city was centre of the counter-reformation as well as of Renaissance arts, and the region has always been one of the strongest economies of Germany. Just north of the historic city centre lays Maxvorstadt, the academic and arts district, which is full of museums and art galleries.

One of my reasons for visiting Munich this time was Hemmerle, one of the most creative jewellers. The family manufacture is a good representation of the creative spirit of the city. The economic power is underlined by the vast number of exhibitions organized in Munich – no wonder that Germany’s most important watch fair is also situated here. While I was there, the 8th Munichtime took place in the Hotel Bayerischer Hof.

King Ludwig I. (1786-1868) envisioned this first-class hotel around 1839. The Royal Court commissioned the German architect Friedrich von Gärtner to realize the dream and finally the Bayerischer Hof opened its doors in 1841. Herrmann Volkhardt (confectioner and hotelier) purchased the hotel and his family led it throughout the turbulent years of the mid-20th century. In 1974 the hotel became a member of The Leading Hotels of the World and the first German hotel to be named amongst the Preferred Hotels and Resorts Worldwide. Innegrit Volkhardt, the fourth generation of the family, took the baton over in 1992 and launched a modernisation plan.

The hotel has a nice ambience and an exhibition area that is more than 1.400 square metres. Munichtime presented 70 exhibitors including well known Swiss and German brands as well as independent watchmakers.

Although at the end of the year manufactures cannot be expected to come up with bombastic novelties (these will rather come in the first quarter 2017 at SIHH and Baselworld), a number of great new versions of already available models were showcased.

In this article dedicated to gentlewomen, I would like to sum up the ones that fascinated me.

Throughout the years the brand has not only developed watches, but gathered a crew of fanatic followers and collectors too, who call themselves Paneristi. These aficionados might be mostly men, but many ladies find Panerai watches a cool choice. Although the design speaks for itself, the general Panerai sizes are too big for a woman.

Earlier this year Panerai made a definite step towards smaller wrists and announced a new family of watches, the Luminor Due with models that are 42 and 45mm in size. The case thickness was reduced by about 40% (10.7 mm) while it truly preserved the DNA of Panerai. The new size and the deadly look have earned a new fan club for Panerai among women, for sure.

Even more, the company, which is not famous for crazy colourful watches, employed new colours on the straps. The game started last year when the Radiomir 1940 3 Days Acciaio was presented with green leather straps. For this Munichtime the Luminor Due 3 Days Automatic Oro Rosso was given a light blue alligator strap. The special alloy of the case is called 5Npt and it contains some copper giving the material an intense red hue. It also holds platinum, which helps to prevent the metal from oxidising. As a result, a mechanical resistance higher than the standard pink/red gold is achieved. Nevertheless, the intense colour of the metal limits any additional colours. This blue however fits genuinely well with the red gold – another nod to the Italian designers. 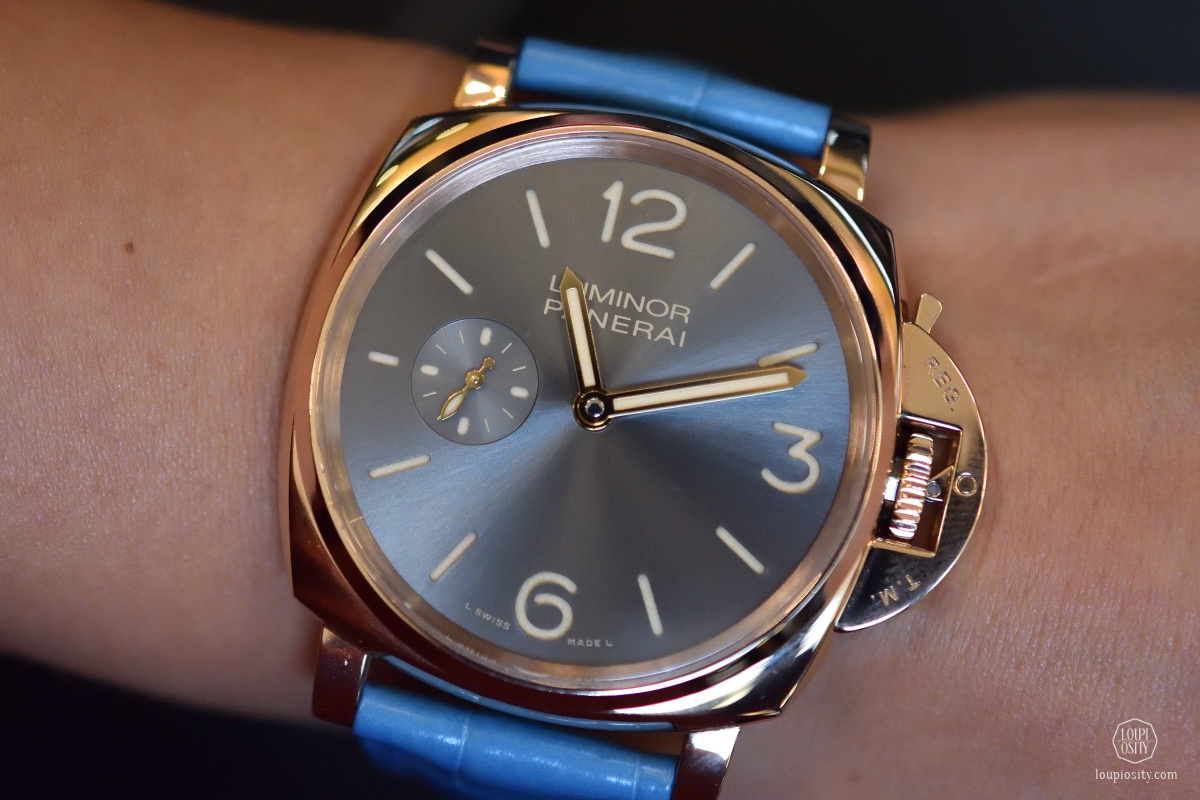 Piaget is not new in our “Girls don’t just wanna have fun” series – the brand makes sophisticated and very easily wearable timepieces for women. This time the Altiplano did its marvel on us.

Inspired by a vintage 1957 model, Piaget launched the Altiplano collection of ultra-thin watches in 1998. It has already seen many highly artistic versions, including wood marquetry and feather marquetry creations. The gorgeous Altiplano 38mm 900D was diamond-set not only on the case and the dial, but also on parts of the movement.

At Munichtime I was conquered by a refined pink gold version. It has a 38mm case with 6.4 mm thickness. The dial is silvered and kept clean with only allowing baton indexes on its surface.

In 1957, the Manufacture started its “Ultra-thin revolution” by introducing the famous ultra-thin hand-wound Calibre 9P, which was only 2 mm thick. In 1960, Piaget launched the Calibre 12P, the world’s thinnest automatic movement (2.3 mm thick). Over the half of the movements designed and produced by Piaget are ultra-thin. 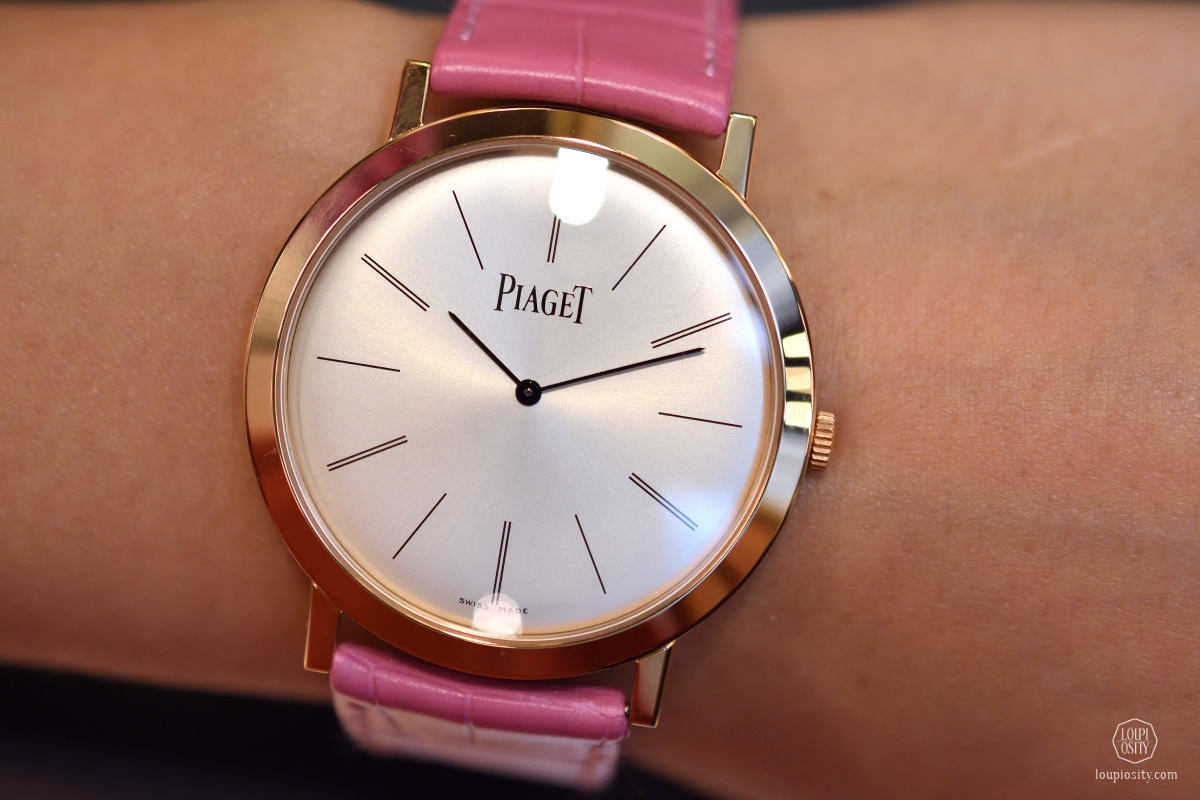 The Excalibur was launched in 2005, which is probably their most recognisable collection. The flagship line includes mainly manly pieces, however in the past years the brand issued richly adorned skeletonized versions for ladies. Roger Dubuis’ move towards women stole the show at SIHH this January, when the company put all emphasis on the Velvet collection. Although some Velvets are extremely cool, I still find the Excaliburs closer to my taste.

The Excalibur 36 has the strong Roman numerals and the toothed bezel in a 36mm diameter size, which naturally sits well on smaller wrists. There are versions distinguished by 48 diamonds set on the bezel, and others with mother-of-pearl or rhodium-plated satin sunburst dials.

The piece at Munichtime froze the hall by a steel and diamond combination, further strengthened by a semi-matt white varnish dial. It is a real showstopper together with the bright orange alligator strap, don’t you think? Just as all movements from Roger Dubuis, calibre RD821 also possesses the Geneva Seal.

Finally let’s return to an interesting materials: mother-of-pearl. Although beautiful, it is rather tricky to use on dials since it breaks easily during processing. Brands apply it intensively on feminine timepieces, but sometimes the end result is overwhelming. The balance with other decorations is rather fragile, especially when used together with gemstones. Mother-of-pearl is also special, because it usually results in timepieces that are too elegant for an everyday wear.

The Portofino collection of IWC Schaffhausen doesn’t want to “show off”. Taste the Portofino style by the German photographer and filmmaker Peter Lindbergh, who illustrated the campaign with his shots and a short film in 2011 and 2014.

The starlit Portofino nights are reflected on the dial of the Portofino Midsize Automatic Moon Phase from 2014. The dial is made of mother-of-pearl and the case just like the indexes is adorned with diamonds – 66 altogether. The glow of mother-of-pearl is similar to that of the sea on a clear Portofino night. Diamonds are like the stars in the heavens. The growing or disappearing Moon is visible in the opening at 12 o’clock. The designers managed to keep the balance between shapes and materials and therefore the timepiece is classy and gentle. It wears well with a power suit for day and with a silk or lace dress at night.

The 37mm models of the Portofino Midsize Collection offer comfort. The same case is fitted with two distinct self-winding movement versions – Calibre 35111 with a date function, and the 35800 with moon phase indication. 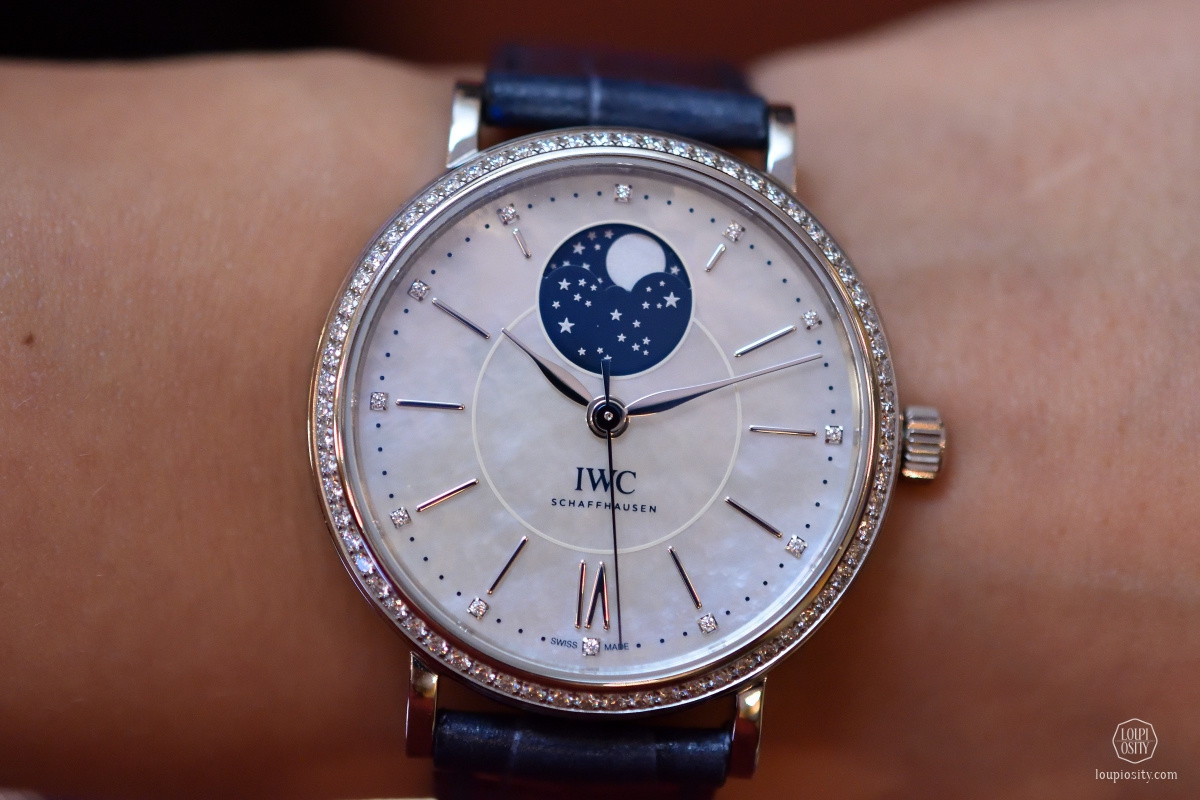