The year of the Velvet Diva 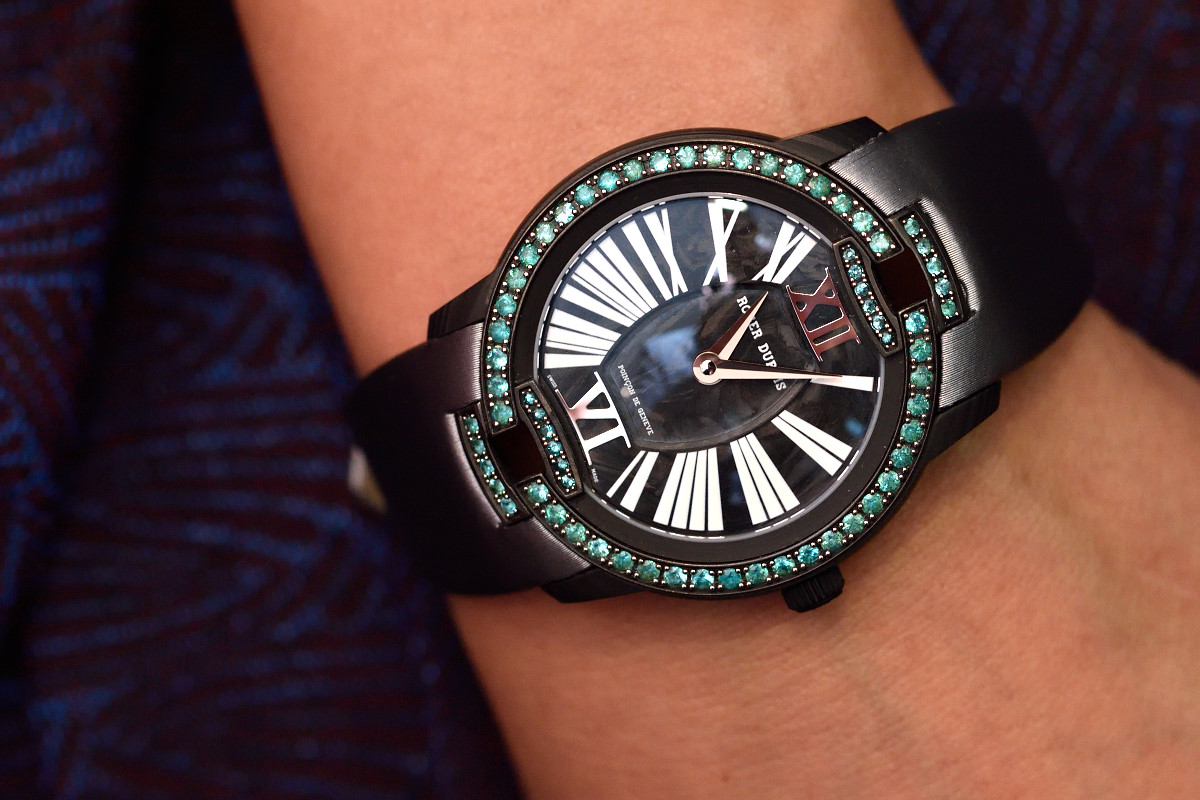 I guess the phrase “creative extravaganza” is rather fitting for a brand like Roger Dubuis. Under the business leadership of Jean-Marc Pontroue (CEO) the technical mastery of Gregory Bruttin (Director of R&D and Watchmaking) gave first class themes to the infinite imagination of Alvaro Maggini (Creative Director). Just like Gregory excelled in horological solutions, Alvaro managed to create a unique Roger Dubuis world around the blade sharp Excalibur and Hommage collections with inhabitants like eagles, knights, weird and sometimes faceless characters and abandoned castles. The Astral Gateway left no space for anything velvety.

Last October, when we visited Roger Dubuis at the Watches and Wonders exhibition in Hong Kong, there were rumours that 2016 would be all about women. Consequently, I was kind of expecting feminine novelties in the Excalibur line this January. Instead, the preview, on the evening before SIHH kicked off, held something entirely different for us – Roger Dubuis pulled out the Velvet collection and shined all lights on it on the centre stage. And of course the brand mixed the spices in a way that although everyone talked about “divas” they were all rather new characters in the Astral World reigning the catwalk.

The stairs were occupied by Ralph Pucci’s Mannequin figurines dressed up in relics of haute couture including creations from Chloé, Alexander McQueen, Cerruti and Martin Margiela, which due to the free spirits they were made by, enhanced Alvaro’s imaginative world. The Velvet collection was launched in 2012 and in spite of the marginal marketing efforts compared to the Excalibur for instance, it quietly started to generate decent revenues. The line was characterized by two remarkable ladies, British-Irish aristocrat and artist Daphne Guiness – by the way, also the heir and direct descent of Arthur Guinness, who as a brewer created one of Ireland’s top export items -, and the supermodel Stephanie Seymour.

Velvet took on the limelight in 2016 with ten new strongly limited or unique models.

Let’s start with what is clearly the strongest character of all, the carbon made Black Velvet. It was certainly the one I first reached out for. The irregular light and dark grey patterns in the carbon make a very interesting and always different dial. Thanks to the attributes of the carbon, the weight of this piece is the lowest among them all – in fact, many times lower than any gold pieces, not to mention the platinum. It is not only lighter but warmer than all the others, making it incomparably more comfortable to wear. The lovely angry look is further emphasized by the white signature lengthened Roman numerals, two of which: VI and XII are white gold appliqués.

One of the rarest gemstones: paraiba tourmalines are set on the carbon in a special setting lending a distinct shine to the entire watch. The timepiece comes with a satin-finish fabric strap in a bluish colour. Just as all other Velvet pieces, the Black Velvet is equipped with the Poinçon de Genève certified and self-winding RD821 manufacture calibre.

It is limited to 88 pieces. The only model in the collection with a complication is the Velvet Secret Heart operated by the modified RD821B movement. The additional function is a date display.

In this piece it is neither the diamonds or the smart look following the aesthetic codes of the Velvet which makes the heart leap. It is the tricky date indicator, which runs on two scales under the arches of the diamonds on both sides of the dial. The first 15 days are shown by a little red retrograde hand on the left side. At midnight on the 15th it disappears and the indication continues on the right ride.

It has a finesse I find particularly cool, and I bet I’m not alone with this opinion. The Madame in Roger Dubuis’ diva world is the timepiece that the brand created in collaboration with Massaro.

Massaro is a custom shoemaker, a French fashion icon established in 1894. Its workshop has been on 2 rue de la Paix in Paris for over a century. In 2002 the company joined Chanel and with just over a dozen shoemakers they produce the footwear for Chanel’s haute couture collections according to Karl Lagerfeld’s designs.

The shine of the watch face originates from the silver dial and the diamonds lining up on the bezel and the lugs. The two opposite appliqués and the central tonneau shape are made of gold and the latter is again paved with diamonds. The external inclined edge of the dial is polished white gold, which the light dances on.

The gold painted and pleated leather strap is everything but conventional. Massaro produced it with the same creativity and attention to detail as the haute couture shoes. The first edition introduced at SIHH is nicknamed Rita, which will be followed by two other models soon. Velvet by Massaro – Rita is produced in an 88 piece limited batch. Perhaps the farthest from the Astral Skeleton World are the Blossom Velvet Blue and Blossom Velvet Pink models. Beside these two versions, three one-of-a-kind pieces were also created. The flowery dials on these pieces are absolutely fabulous, the perfection of which photos cannot convey. We wrote about this model in our series dedicated to women, check it out here. 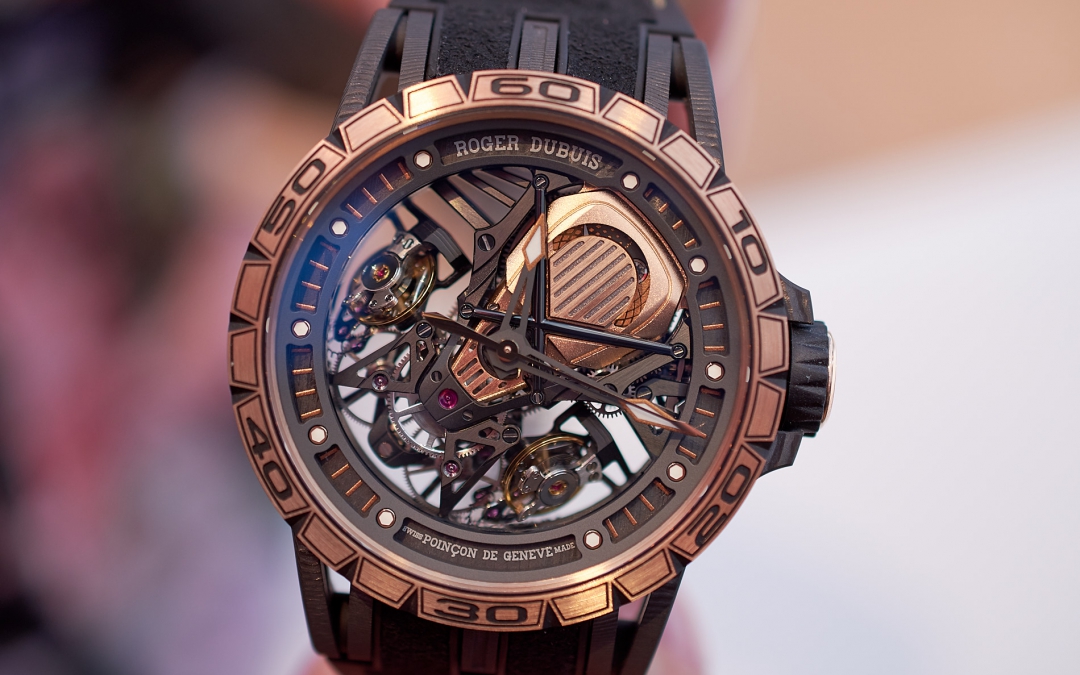 “The Excalibur pushes the pedal to the metal” The collaboration between Roger Dubuis and Pirelli continued in 2018 with the launch of the Excalibur Spider Skeleton Automatic Pirelli. The adrenalin rush reaches new heights with the new Aventador S models. We visited Roger Dubuis at the SIHH 2018. 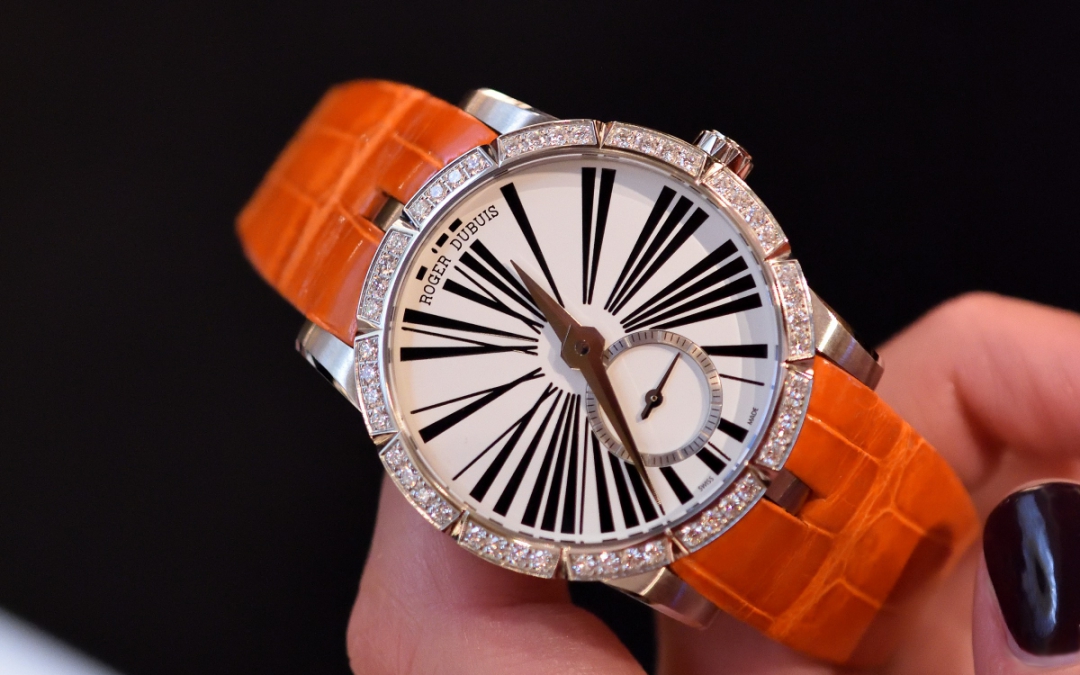 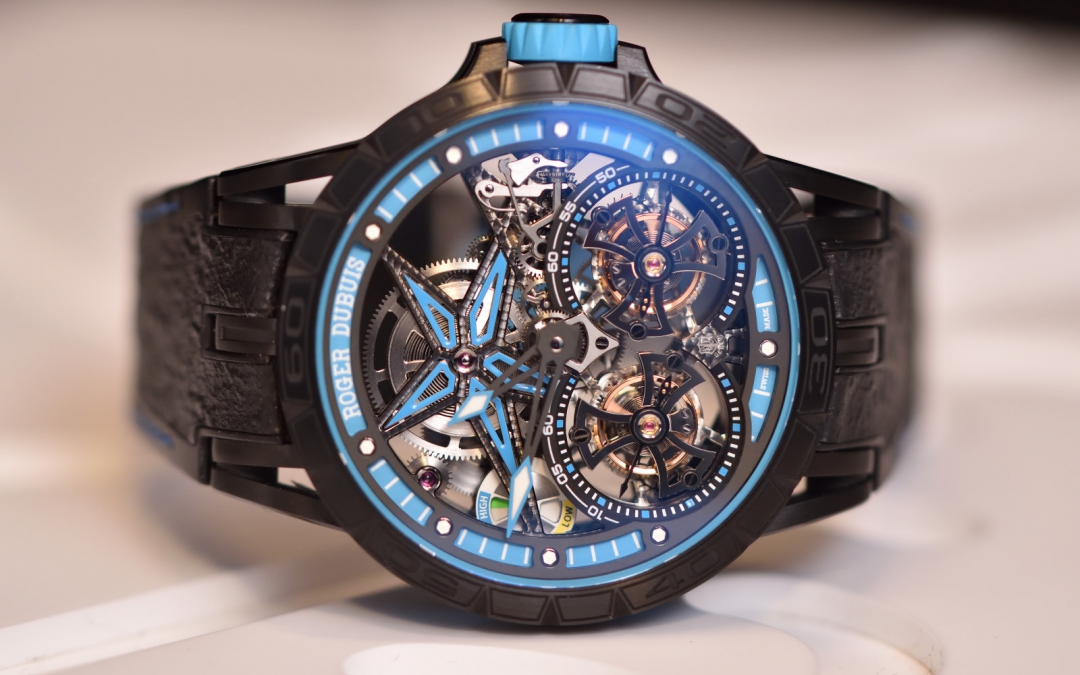 Dare to be rare Roger Dubuis has started a long term cooperation with high performance tyre manufacturer Pirelli. Excalibur, the most emblematic collection of Roger Dubuis, was selected to open it.