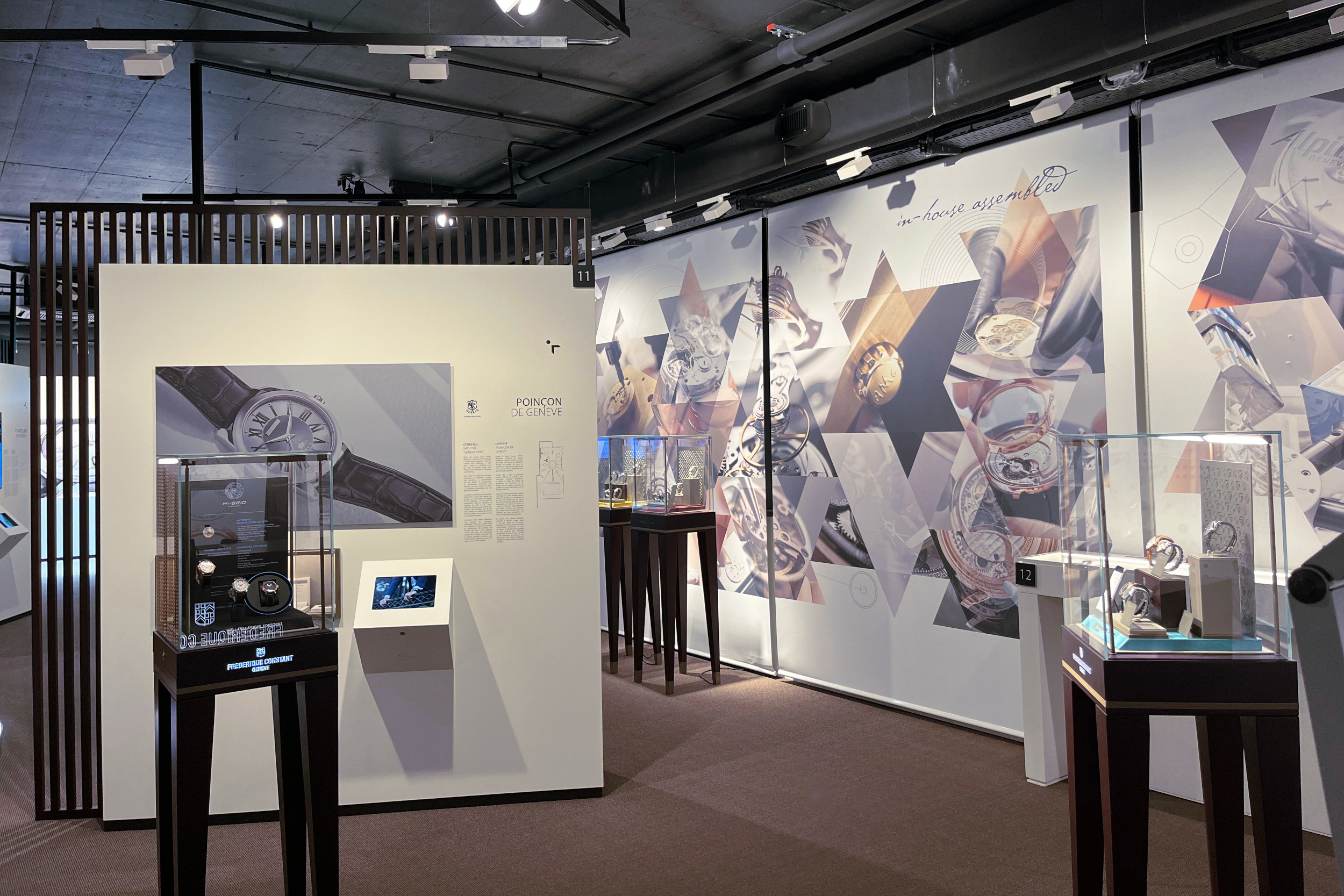 The last weeks were full of happenings – watch auctions and previews held in Geneva by Christie’s, Phillips, Sotheby’s and Antiquorum, the GPHG showcase and Gala, a short but sweet Cartier exhibition, GemGenève at Palexpo, or the Re-Luxury event, just to name a few. Before coming back to Zurich we visited Frederique Constant in the Plan-les-Ouates district of Geneva, a bit away from the hustle and bustle.

Around 1988 Aletta (Bax) Stas and Peter Stas, Dutch entrepreneurs had an idea to create something different on the watch market and open towards a specific niche back then. The co-founders of Frederique Constant aimed to build a brand with a great value and price point. In 1992 their 18th Century Collection was released, while two years later the Heart Beat timepiece debuted featuring an aperture on the dial at 12 o’clock to show the heart of its mechanical movement. This opening on the dial would later become the brand’s signature. In the late 90s the company was based in Carouge, Geneva, and later on the production site moved to Chêne-Bourg.

Frederique Constant became a group, acquiring (and reviving) the sports-oriented Alpina in 2002, and creating the high-end Ateliers deMonaco in 2008 with partners Pim Koesslag (who was the Technical Director of Frederique Constant and CEO of Ateliers deMonaco until June 2022) and Robert van Pappelendam, focusing more on complications like a minute-repeater or flyback chronograph for example.

Frederique Constant presented its first in-house movement in 2004, the development of which began in 2001. In 2006 they moved into a new building in the Plan-les-Ouates district of Geneva, about a 20-minute ride from the city centre. The manufacture has dedicated sectors for movement component production, calibre assembly, watch assembly and quality control.

Following the acquisition of Frederique Constant, Alpina Watches and Ateliers deMonaco by Citizen Group in 2016, a further extension of the production facilities was undertaken (doubling in size) and it was officially inaugurated in 2019. These steps were important to maintain the goal of the founders for ‘accessible luxury’ and to have more control over the production line, improve quality and product delivery at the same time.

Niels Eggerding – who has been with the company since 2012 – was appointed Managing Director of the Frederique Constant Group in 2018.

Today Frederique Constant creates, develops, assembles and controls a wide variety of mechanical, quartz and connected timepieces. The company has designed 30 Manufacture calibres so far and offers the Manufacture collection, based on two in-house developed and assembled calibre families: the 900 series and the 700 series. Their repertoire includes price/value-conscious models as well as more complex ones with a tourbillon or perpetual calendar. The latest is the very innovative Monolithic (with a one-piece silicon oscillator beating at 288,000 vibrations per hour, 40 Hz), in collaboration with Flexous, a technology specialist which designs & develops high-tech watch parts for mechanical watches. 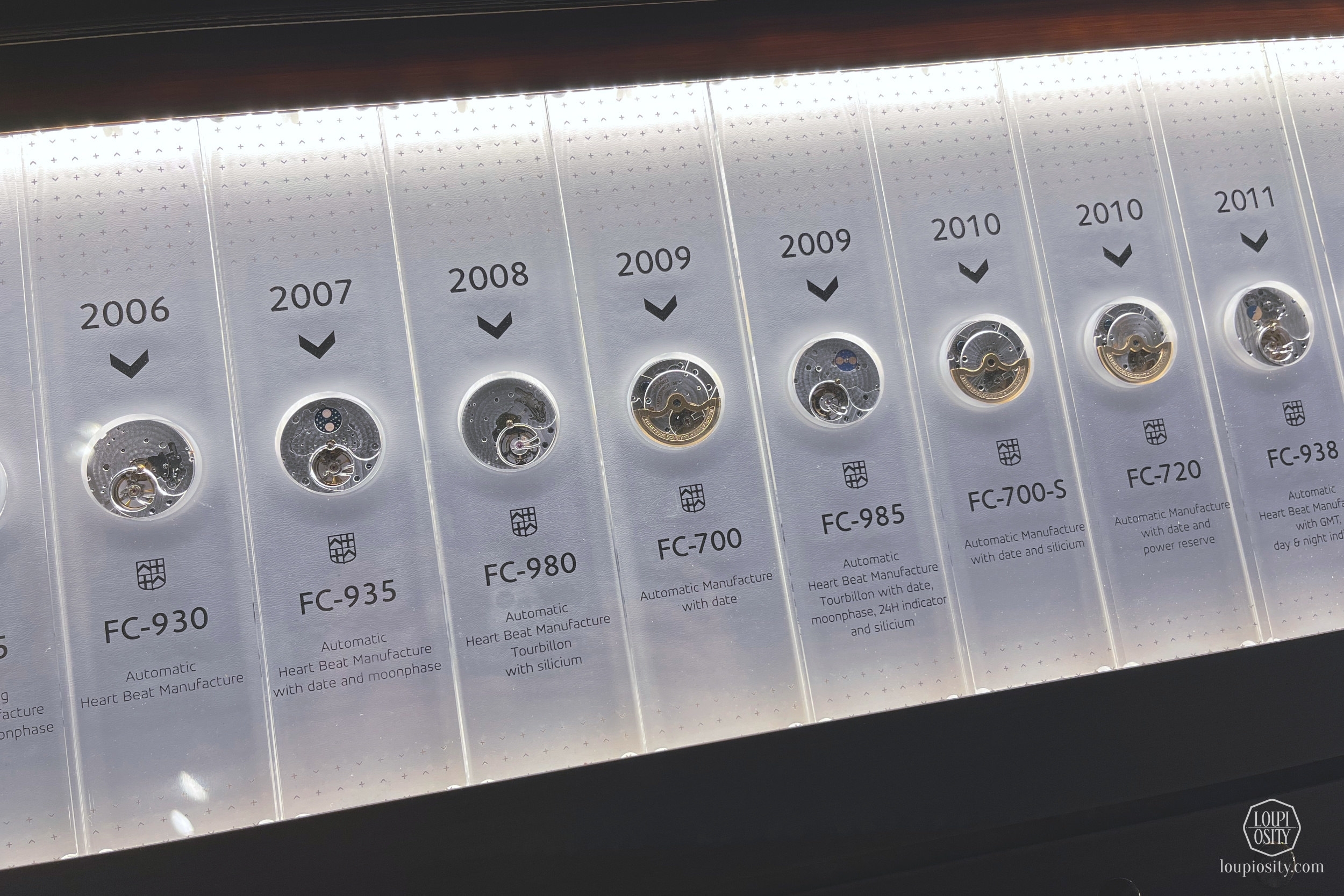 The tour starts with the Manufacture Experience, an exhibition launched in 2019 with interactive elements. Manuel da Silva Matos (who is with the company for almost 15 years, he is now the Creative and R&D Director at Frederique Constant) virtually takes the visitors through the birth of the timepieces – from conception, design to the final stages of the assembly. 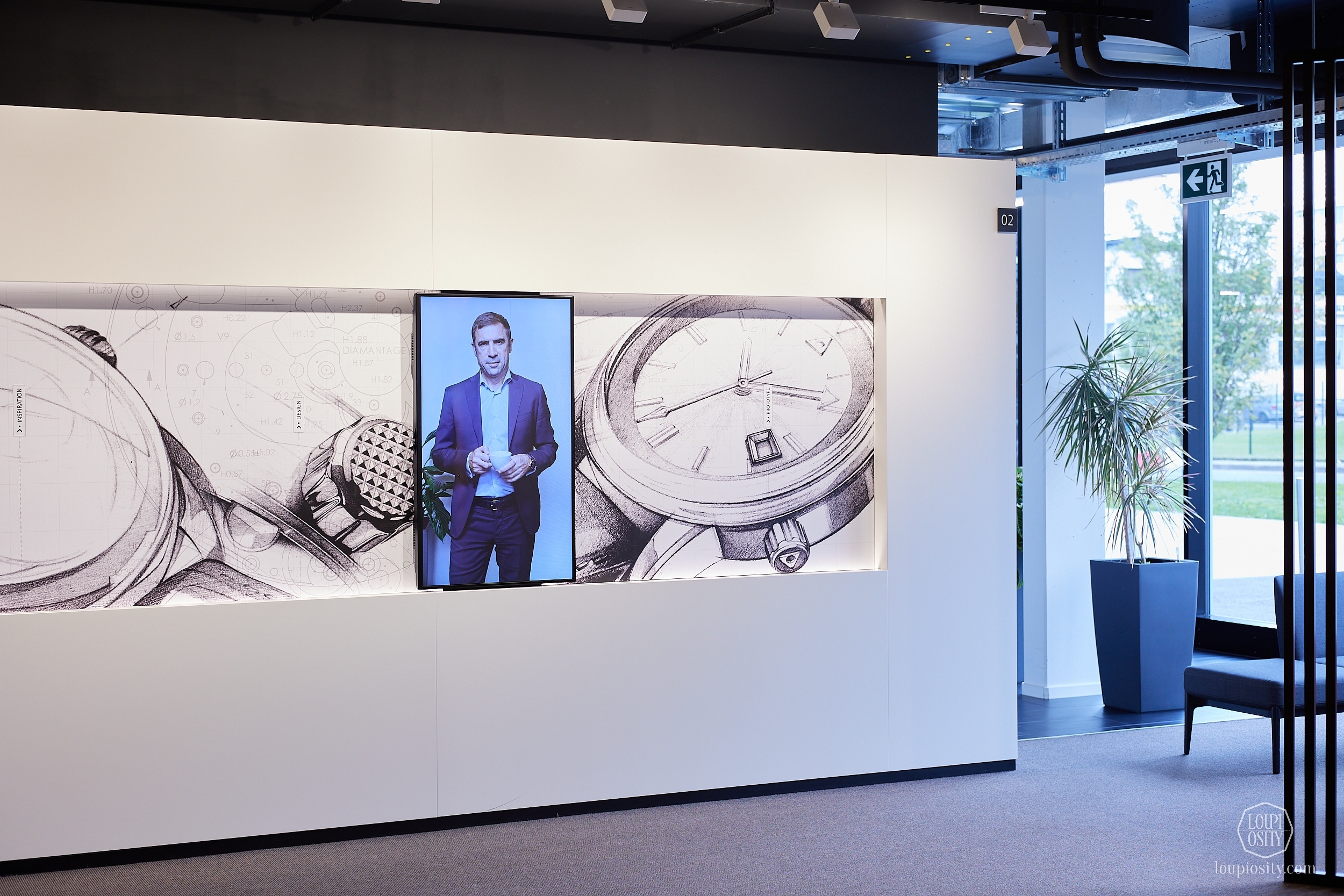 Interactive panels explain the different decorating techniques like the emblematic Côtes de Genève (the Geneva stripes – a pattern of stripes produced abrasively) or perlage (also known as circular-graining or stippling, a decorative pattern consisting of small circles or pearls).

There are dedicated spaces to the history and milestones of the three brands of the group: Frederique Constant, Alpina watches and Ateliers deMonaco. 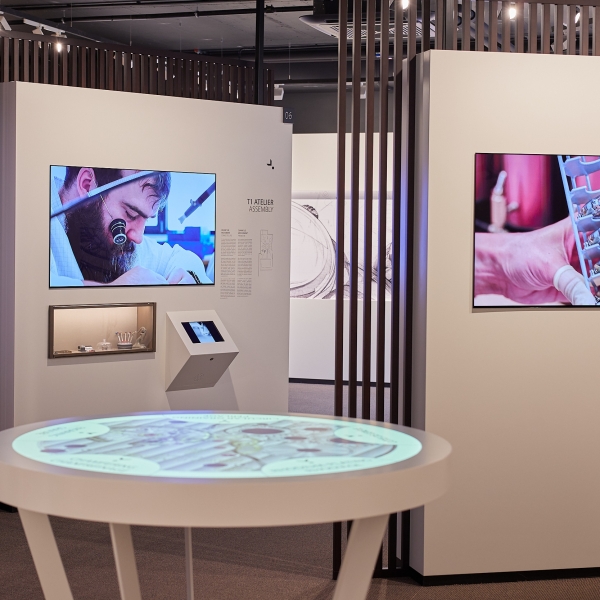 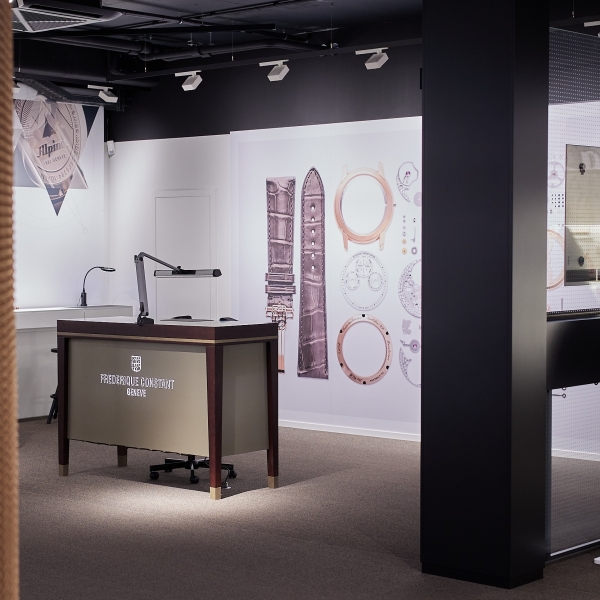 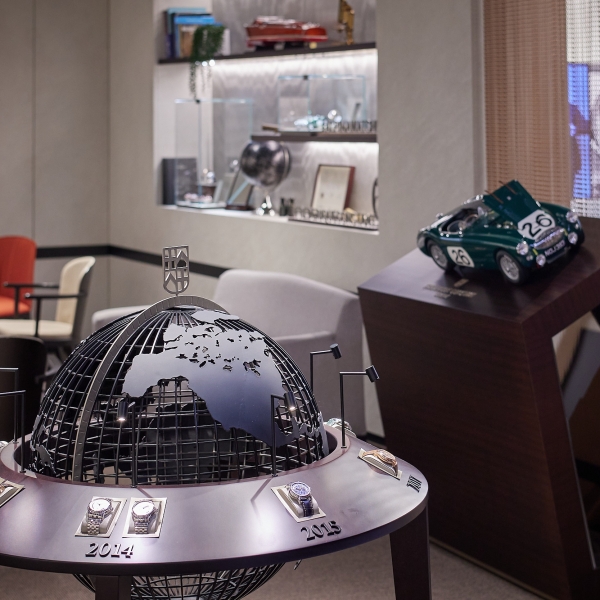 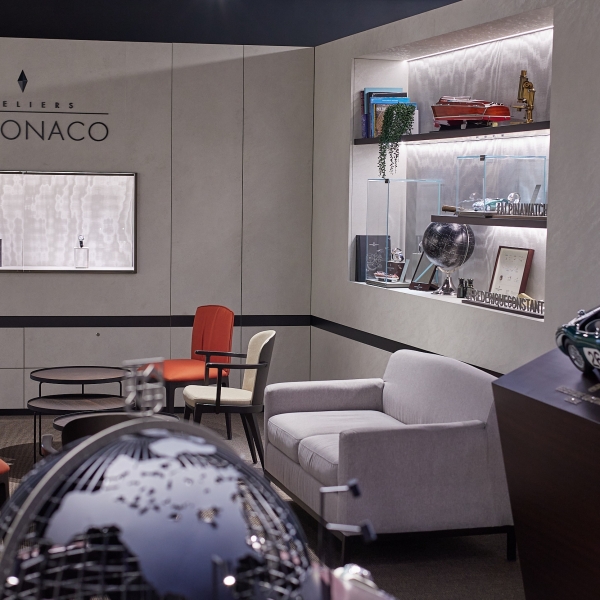 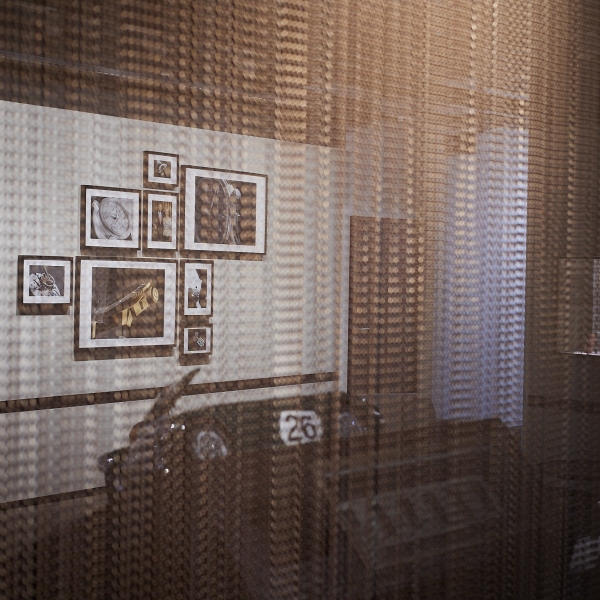 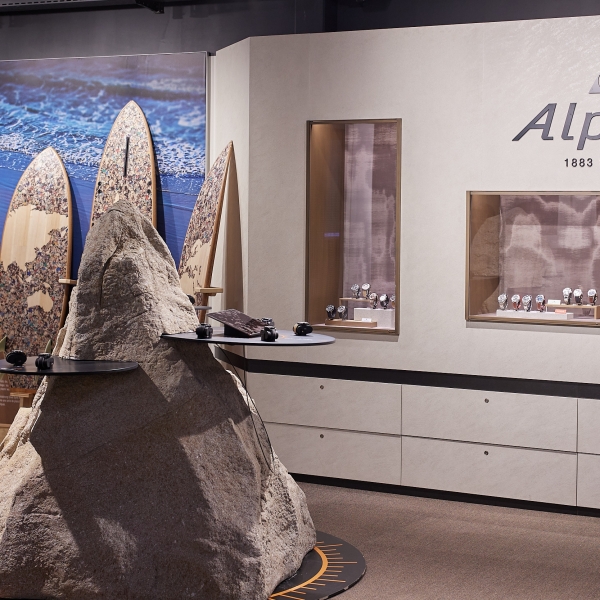 On the different levels of the now 6200 sqm building you can find the workshops – the whole manufacturing process follows 5 ‘ateliers’ from Atelier T.0 to Atelier T.4.

The Atelier T.0 manufactures the components. The technicians here receive the construction plan from the designers in order to create the different components with CNC machines, including the brass plates for the Manufacture collection.

After milling, the plates are cleaned, the rough edges removed and then the components receive a rhodium plating – as it gives a shiny appearance and hardens the surface. Rhodium is a member of the platinum metals group (the other members include platinum, palladium, ruthenium, iridium, and osmium) and due to its characteristics it is frequently used by the watchmaking and jewellery industry, as well.

The visible components of the manufactured timepieces are decorated with engravings, Côtes de Genève pattern or perlage.

These components already have to be checked by the quality control department, the approved ones travel to Atelier T.1, to the movement assembly. The watchmakers are able to work on a whole calibre and with a special setup they can make 100 movements in 3-4 days. They assemble, adjust and control the mechanical movements to make sure everything functions properly – for example, as the watchmakers shared with us, they have a tool to check the functioning of the tourbillon by sound or an in-house developed machine to check the high-frequency silicon oscillator, Monolithic. 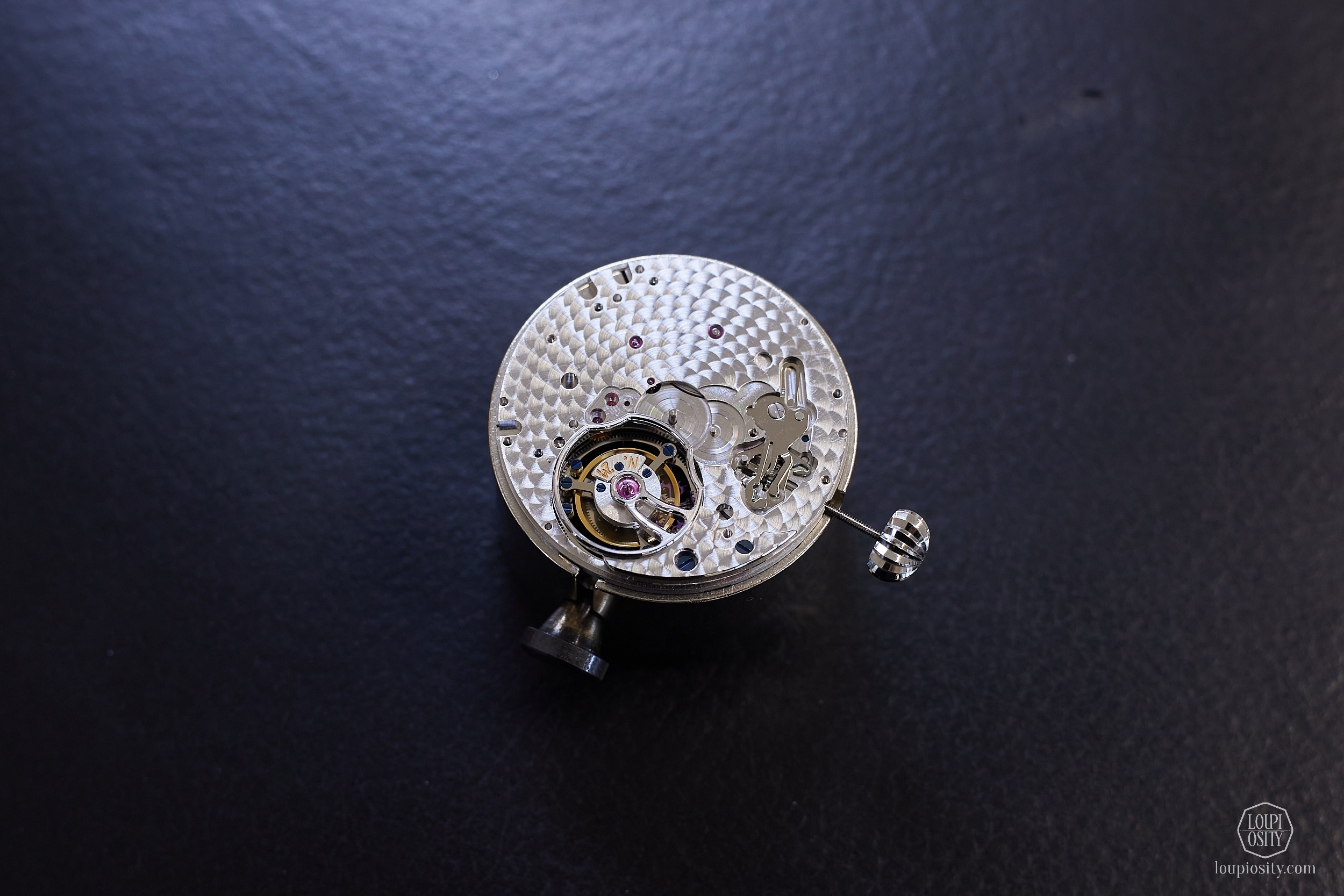 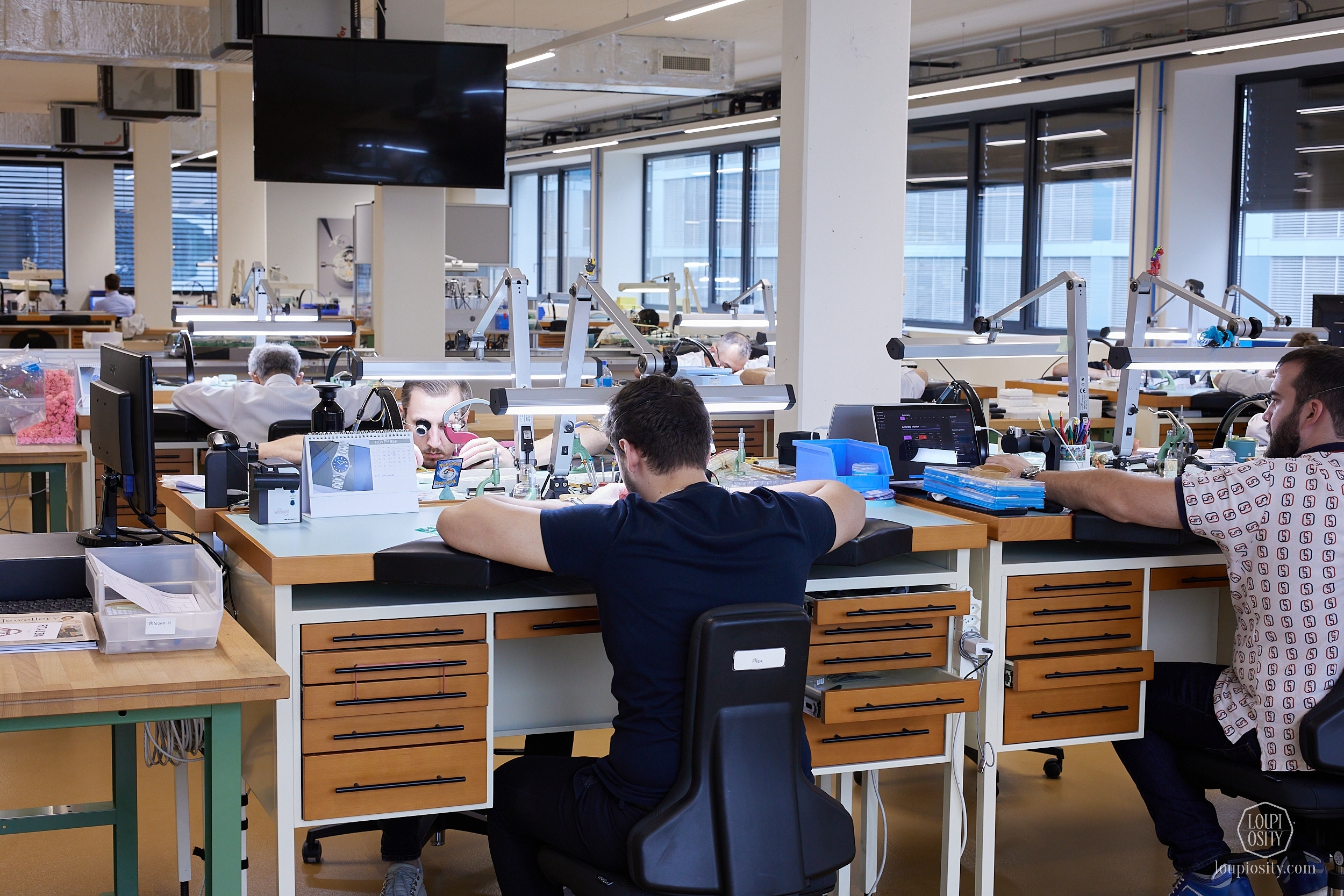 The T2 workshop is dedicated to all the operations necessary for the encasing of the watch. All phases – like adding the different dials and hands for example – require special air conditioning in order to remove any dust particles from the environment.

Atelier T3 is where the final quality control takes place – like validating the water-resistance, the cyclo-test (a machine for automatic watch testing) or the visual, aesthetic and functional control (like the time/date setting).

At Atelier T4 the cases (which are now covered with protective foil) finally receive the straps, bracelets and packaging.

From the strictly controlled stock rooms the watches then find their way to the retailers and to the happy customers in the end. 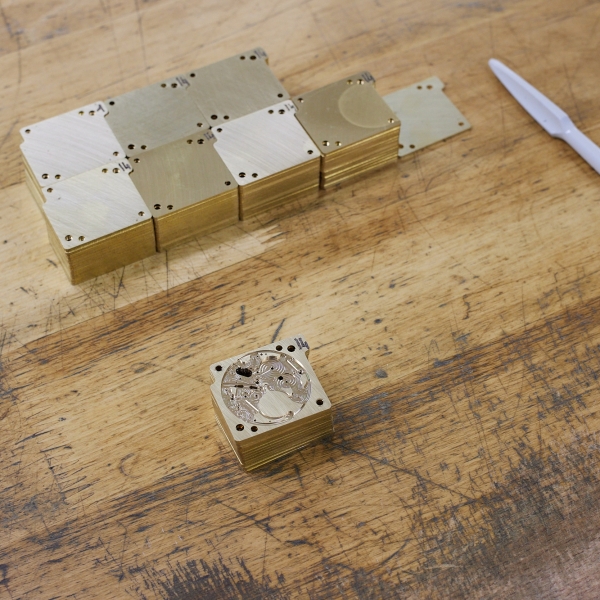 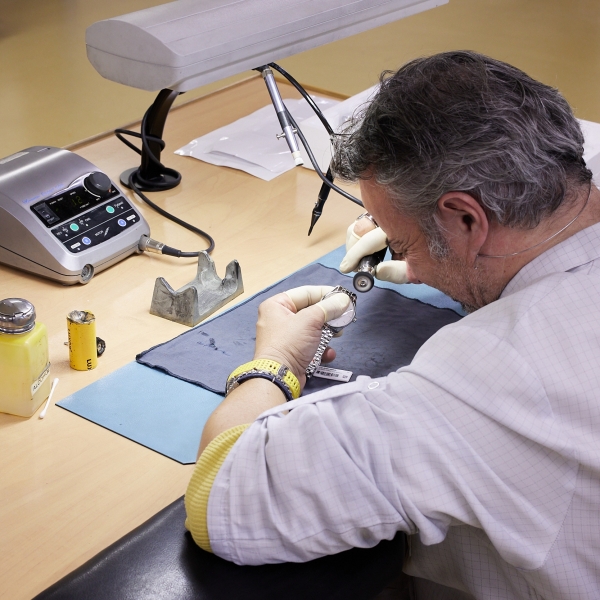 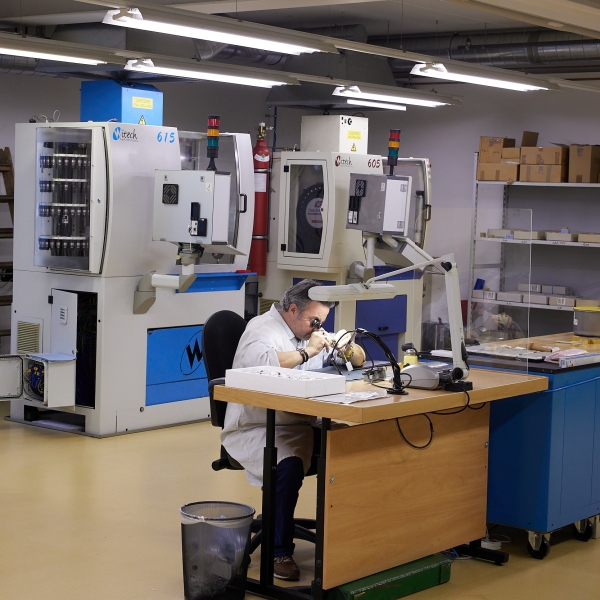 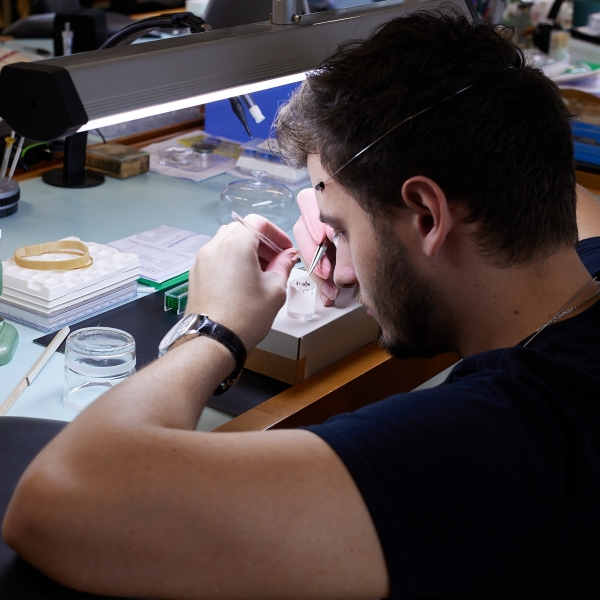 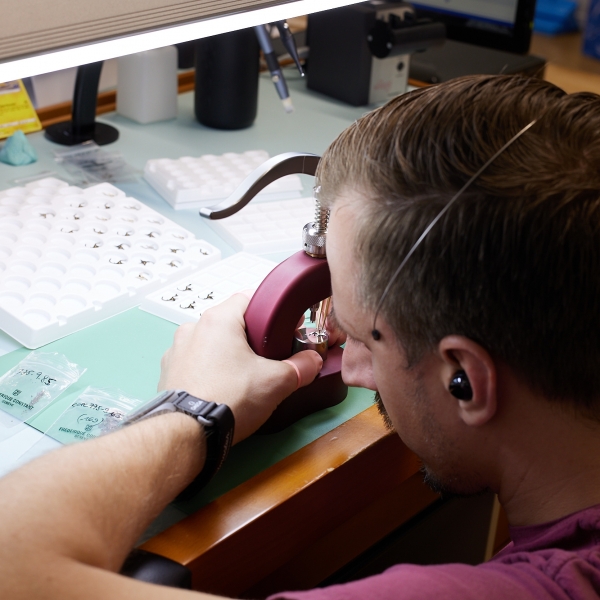 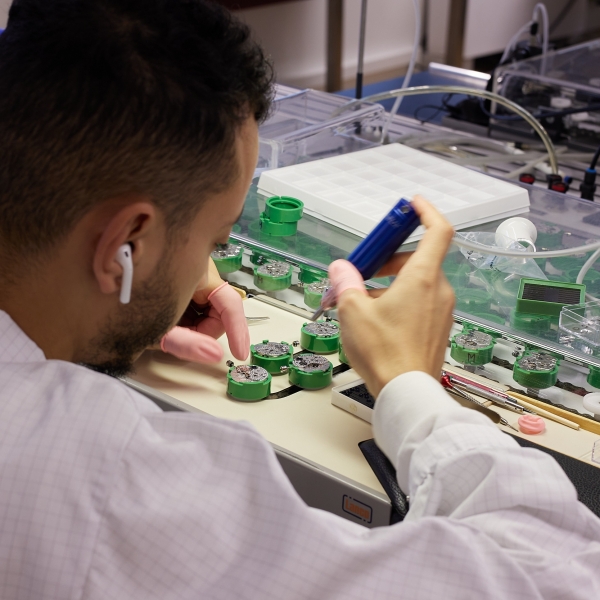