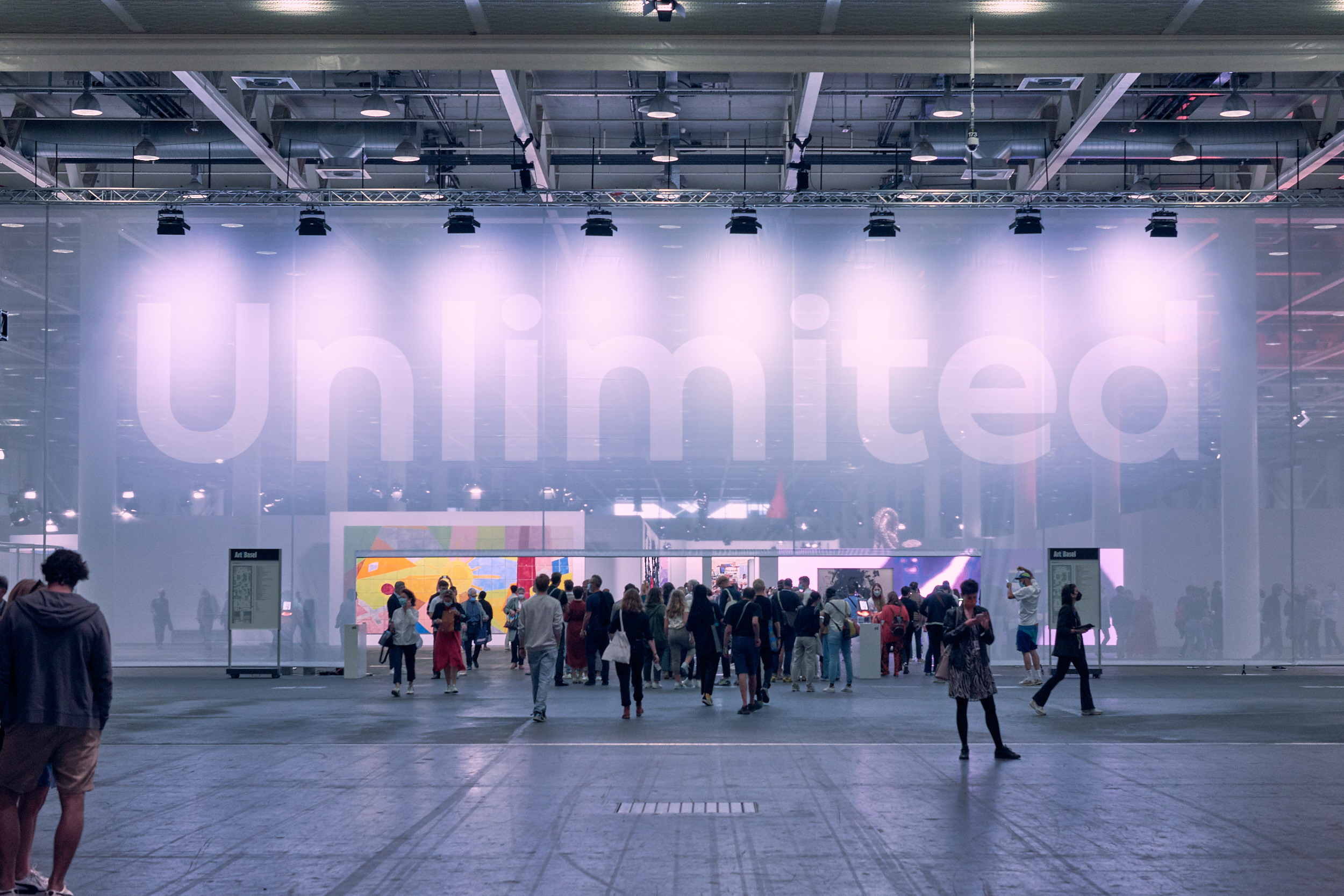 Art Basel has a long-standing tradition of working together with well known partners and brands. Some of them are even dedicating significant resources to commission artists or art projects and either launching and communicating it at the fair or including the artist in the exhibition program. Now – as Art Basel 2021 is back with an IRL edition in Basel – we’ve discover a few.

Art, the definition of art, the ‘functions’ and the ‘roles’ of art have changed a lot in the last decades. We participated at a Conversation panel at Art Basel 2021 about NFTs in the art world and a question came up from the audience – ‘what will happen and how will it change the artist and the artwork if she or he only creates for monetising?’

The topic in itself is worthy of many discussions but it is inevitable that art and artists need resources and financing. For centuries there has been the system of patronage. Its origin dates back to ancient Rome – Gaius Maecenas was a Roman statesman, diplomat and advisor to the Roman emperor Augustus. He was most famous for his role in establishing the cultural and intellectual life in Rome, as he was an important patron for young poets in his time, including both Horace and Virgil. His name has become a phrase in many languages (from the Latin Maecēnās) for a wealthy supporter. Later on there were well connected, rich families who were able to highlight and finance an artist, but at the same time also kind of destroy them, too… Some of them were established, noble families or royalties while others were merchant-banker families – the ‘new money’ of the era. For them artistic patronage was a ‘tool’ for achieving and maintaining social status and political power in a society where a difficult to navigate hierarchy existed.

In Europe, families like the Italian banking and wool merchants family (later also monarchs) Medici dynasty in Florence or the Torlonia family in Rome – their fortune came from administering the Vatican’s finances and which in the 19th century became the richest family in Rome – had very important roles not only in the cultural but also on the political scene. The Catholic Church and the Vatican was also a major patron of the arts during the Renaissance – many times for example an artist was commissioned a high profile religious work and if it was particularly complicated or monumental, the artist could be on the given project for years and paid by the patron. 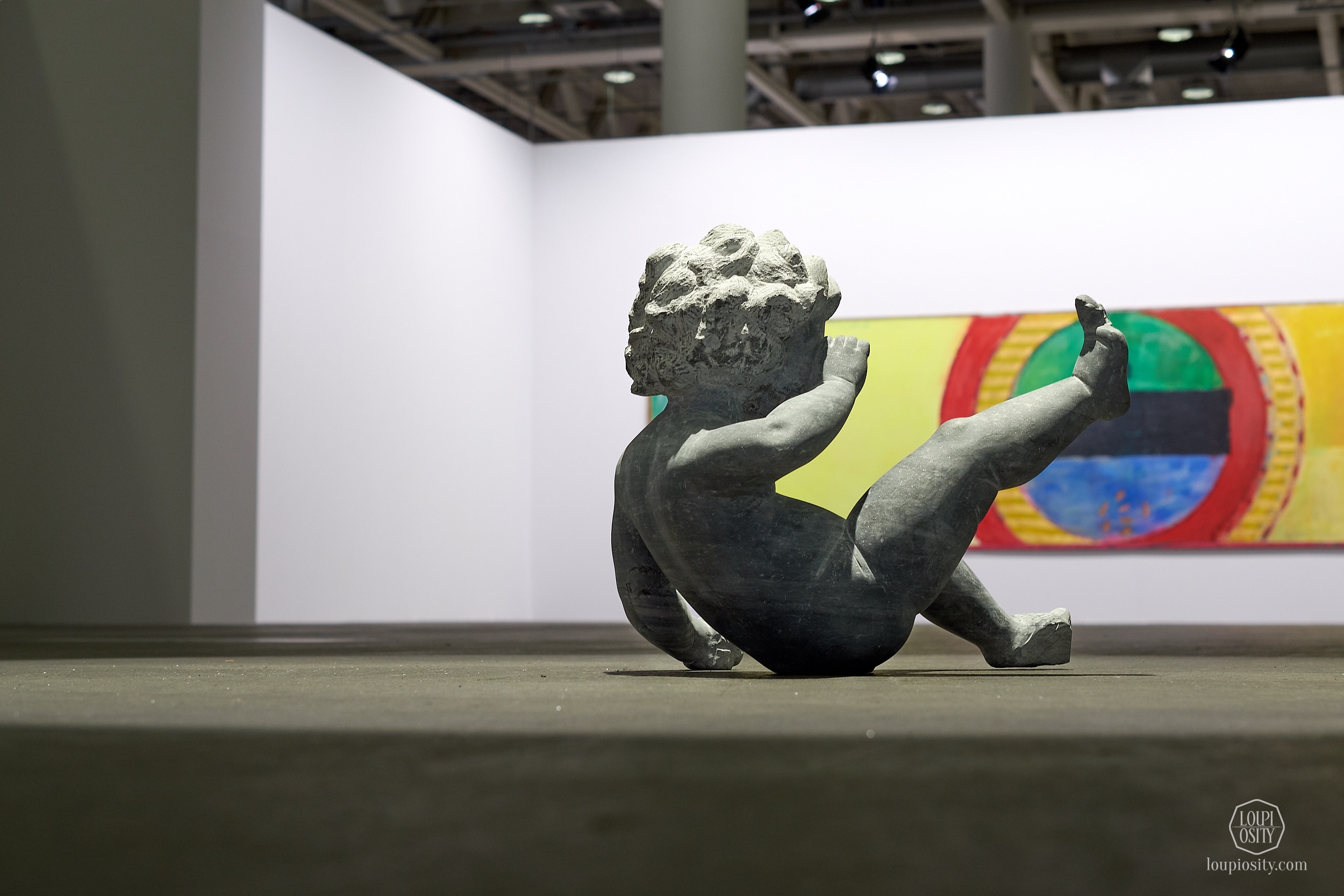 Throughout the 19th or 20th centuries many companies (private and state owned), financial institutions and pharmaceutical companies became patrons and in the last decades more and more brands (prominently from the luxury sector) have dedicating themselves to cultural initiatives and have started to act as ‘maecenas’ of contemporary art. Prada, Cartier, Hermès, Gucci, Moncler and Saint Laurent (as part of the Kering Group), Louis Vuitton (as part of the LVMH Group) have foundations, collections or even a museum.

The recent Art Basel fairs (for example at Miami Beach or in Hong Kong) hosted many brands like Bottega Veneta, Loewe, Versace, Miu Miu, Chloé and Gucci. For these brands – beyond the culture supporting effort – the collaborations with contemporary artist means a new, but in many cases ‘matching’ audience; a tool for distinguishing and positioning themselves on the market and building new types of connections with the current or future customers.

Many of their clients are Millennials (and more and more Gen Z). Millenials or Gen Y have been described as the first global generation and the first generation that grew up in the Internet age (typically defined  as people born from 1981 to 1996). In the art scene Millenial HNW (high net worth) collectors were the highest spenders in 2020, with 30% having spent over USD 1 million versus 17% of Boomers. Millennials were also more likely to be active online, reporting greater use of online viewing rooms offered by art fairs and galleries, and social media channels. (source: The Art Market 2021, An Art Basel and UBS Report).

With a commitment to crafts and creativity, Audemars Piguet became an official Associate Partner for Art Basel in 2013. Ever since, AP has supported the world’s premier contemporary art shows in Hong Kong, Basel and Miami Beach and also collaborated with designers to create the Art Basel Collectors Lounge.

In 2018 the brand announced that they would withdraw from the Richemont Group-dominated Geneva watch fair (ex-Salon International de la Haute Horlogerie, now Watches and Wonders) from 2020 to focus on ‘selling directly to consumers rather than via third-party retailers they would meet at the show’.

But so far Art Basel has remained in their calendar – the Audemars Piguet Contemporary commissions international artists to create contemporary artworks, fostering a global community of creators. The company has two initiatives – a biennial competition, where an artist—not yet internationally recognised – is selected to develop a large-scale artwork with an invited curator. The other is the Studio Audemars Piguet where artists can develop artworks across a variety of scales and media alongside the manufacturer’s curatorial team, which enables them to explore new territories in their practice.

Ryoji Ikeda was born in 1966 in Gifu, Japan and currently he lives and works in Paris, France and Kyoto, Japan. He is an electronic composer and visual artist and he ‘focuses on the essential characteristics of sound itself and that of visuals as light by means of both mathematical precision and mathematical aesthetics.’ For his special audio-visual language he uses open-source scientific data sets from different sources – for example from research conducted by NASA, CERN or the Human Genome Project. He has been collaborating also on installation, books or performances – he was commissioned by the Paris Opera Ballet and by the Danish Dance Theater.

This spring he opened an exhibition in 180 Studios, 180 The Strand, also in collaboration with the Audemars Piguet Contemporary. Here he presented his ‘the data-verse trilogy’ as his ultimate project.

At Art Basel the data-verse 3 premiered as a standalone artwork (presented by Almine Rech) as part of the fair’s Unlimited sector – this part of the fair is in a separate Hall at Basel Messe and is dedicated to large-scale projects and installations. Ryoji Ikeda exhibited not only as part of Art Basel’s Unlimited sector, but he created a light-and-sound installation in Elisabethenkirche in Basel. 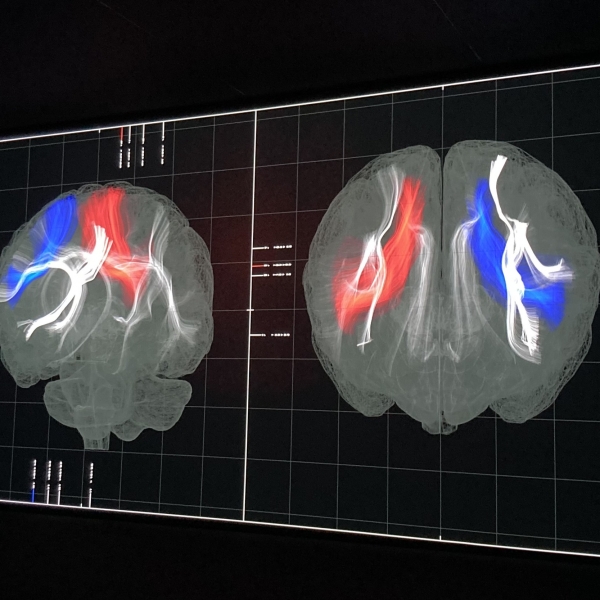 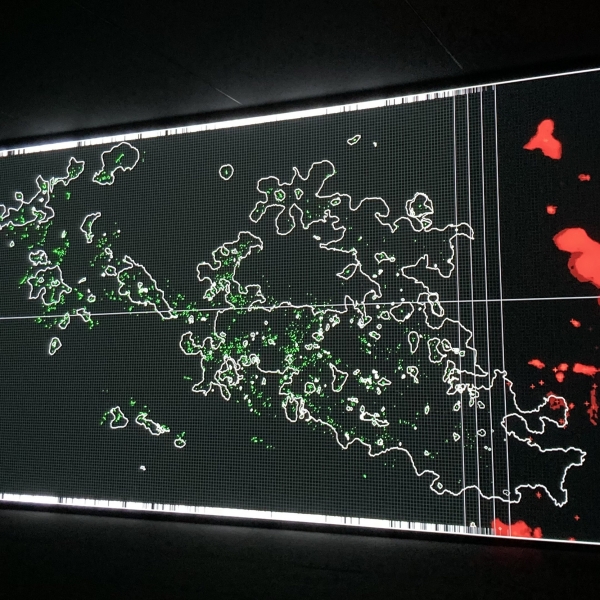 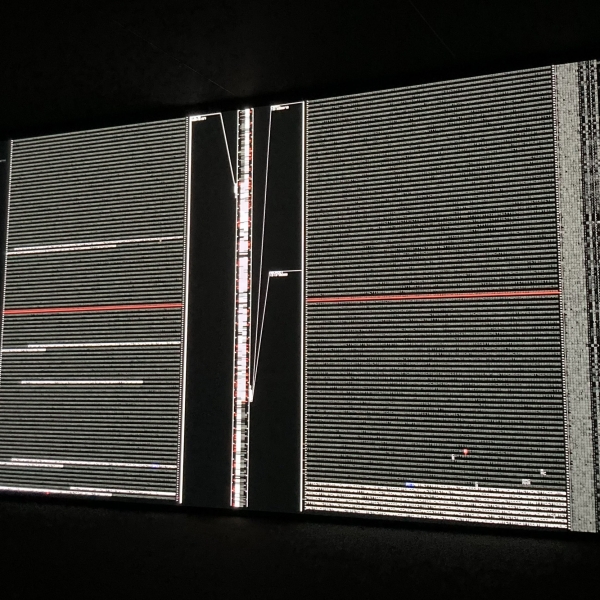 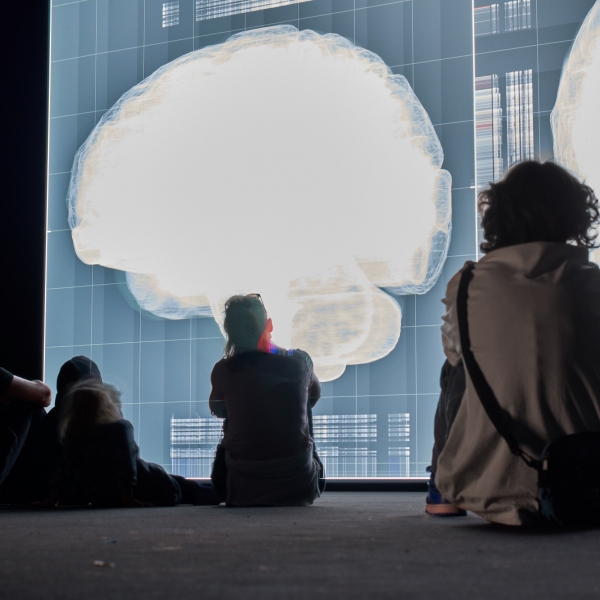 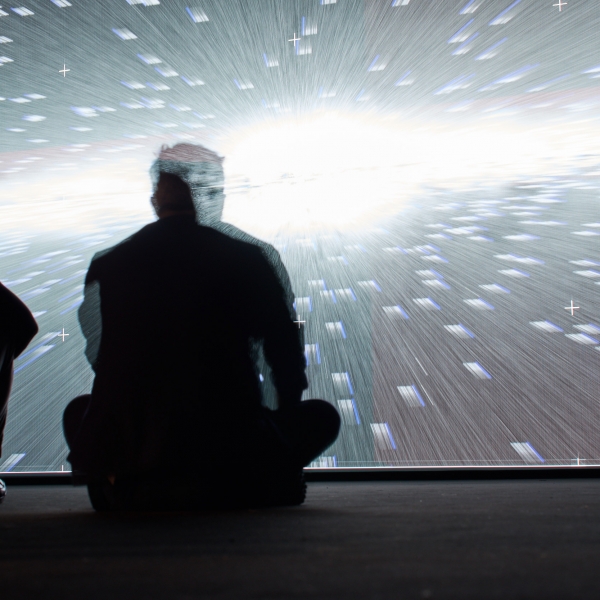 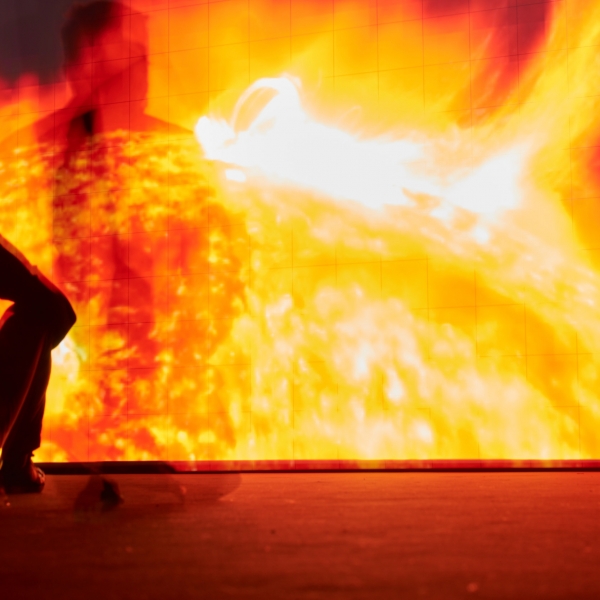 The different forms of art and culture have been an important part of the BMW Group’s strategy for 50 years now. The company has started more than one hundred partnerships worldwide in the areas of modern & contemporary art, jazz and classical music, as well as architecture and design.

BMW is the official automotive partner of Art Basel. Besides that, the BMW Art Journey is a joint project with Art Basel since 2015 – with the idea to support artists as they travel around the world, for research, inspiration, and new encounters while they create new work.

This June, multimedia artist Julien Creuzet has been announced as the winner of the 10th BMW Art Journey Award. Creuzet, born in 1986, is based in Montreuil (France) and his works incorporate poetry, music, sculpture, assemblage, film and animation. He was raised in Martinique, but never had the chance to work there. Now with the BMW Art Journey he will make five trips to the Antillean islands Martinique and Guadeloupe until spring 2022. As he says: “I strive to make my contribution, to give back by offering my experience and a place, a living world, a workstation for long-term experimentation. My journey is related to a long-time project that I had in mind, but I was never able to realize it. It is a good opportunity for me to return and to re-connect with my native land. I have shown and shared my practice and perspective around the world, but never in the land of my ancestors.” 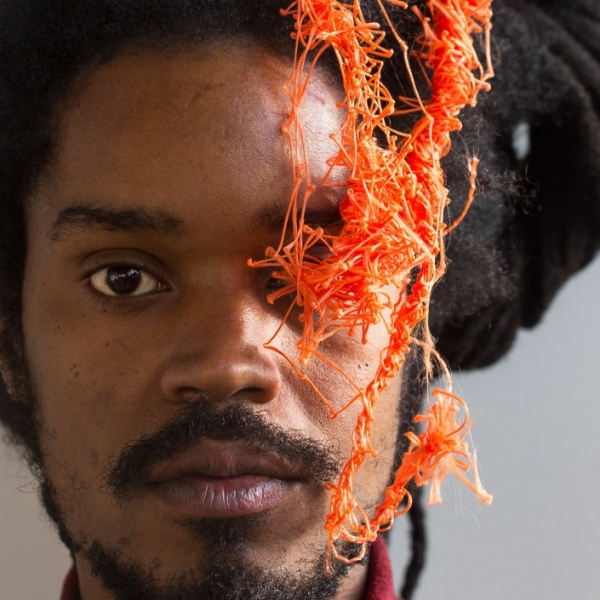 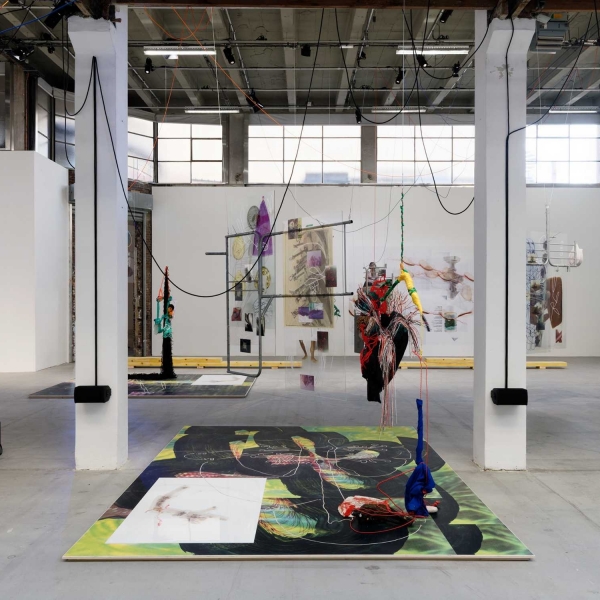 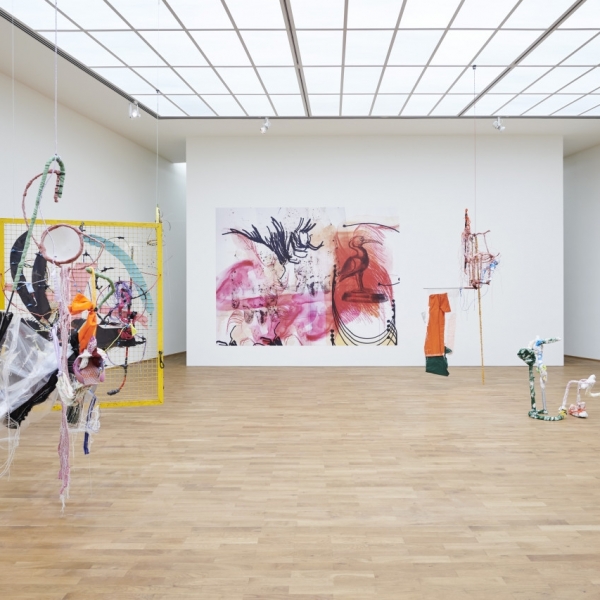 La Prairie is a synonym for luxury skincare since the company’s founding in 1978 (it has been part of Beiersdorf Group since 1991). The brand’s origins can be traced back to the famous La Prairie Clinic in Montreux, Switzerland – a pioneer in anti-aging cellular therapy.

In the recent years La Prairie has been committed to more and more art initiatives. In 2020 the company announced its patronage of a two-year conservation project of 4 works by Dutch painter Piet Mondrian (best known for his very recognisable abstract paintings) through Fondation Beyeler. The Fondation Beyeler was founded by art collectors Ernst and Hildy Beyeler in 1997 and it is one of Switzerland’s most visited and most eminent art museums.

One of the iconic products of La Prairie is also connected with an artist – Niki de Saint Phalle (1930-2002). She was a French-American sculptor, painter and author, also well known for her social commitment, as she addressed important political, race or gender issues. One of her works, the gigantic “L’ange protecteur” (one of her so-called Nana sculptures) is very familiar to Zurich commuters – the 11 meters tall and 1.2 tonnes sculpture is hanging on the ceiling in main concourse of Zurich Main Station since 1997.

As the story goes, her perfume company and La Prairie a shared studio space on Fifth Avenue in New York in the 1980s. At a creative conversation she suggested the cobalt blue – a particularly favoured colour of hers – as a signature colour to La Prairie Skin Caviar line. Since then, this strong and joyful blue shade is the colour of the collection.

This year the company partnered with MoMa PS1 in New York to celebrate the legacy of the artists with an exhibition “Niki de Saint Phalle: Structures for Life” (March 11 to September 6, 2021).

For the 2021 edition of Art Basel in Basel La Prairie asked Mathieu Le Sourd, a.k.a. Maotik, a French digital artist to create an installation in the Onefivesix gallery. The artist based in Montreal, focuses on the creation of immersive multimedia environments and generative visuals.

For La Prairie he created Sense of Blue, a visual installation that plunges the viewer gradually into the depths of the night by applying motion sensors, video projections and digital algorithms. The mesmerising visual experience is also an echo of the launch of Skin Caviar Nighttime Oil. You can discover some of the virtual experiences here.

“Digital artists are like craftsmen of technology. It is a mastery of showing the unpredictable and understanding the impact of the accidental. As viewers progress in the installation, I aim to trigger curiosity, surprise, contemplation and invite the audience to participate. By engaging their senses, I modify their perspective of reality and make them live a unique and heightened experience of the Cobalt Night.” 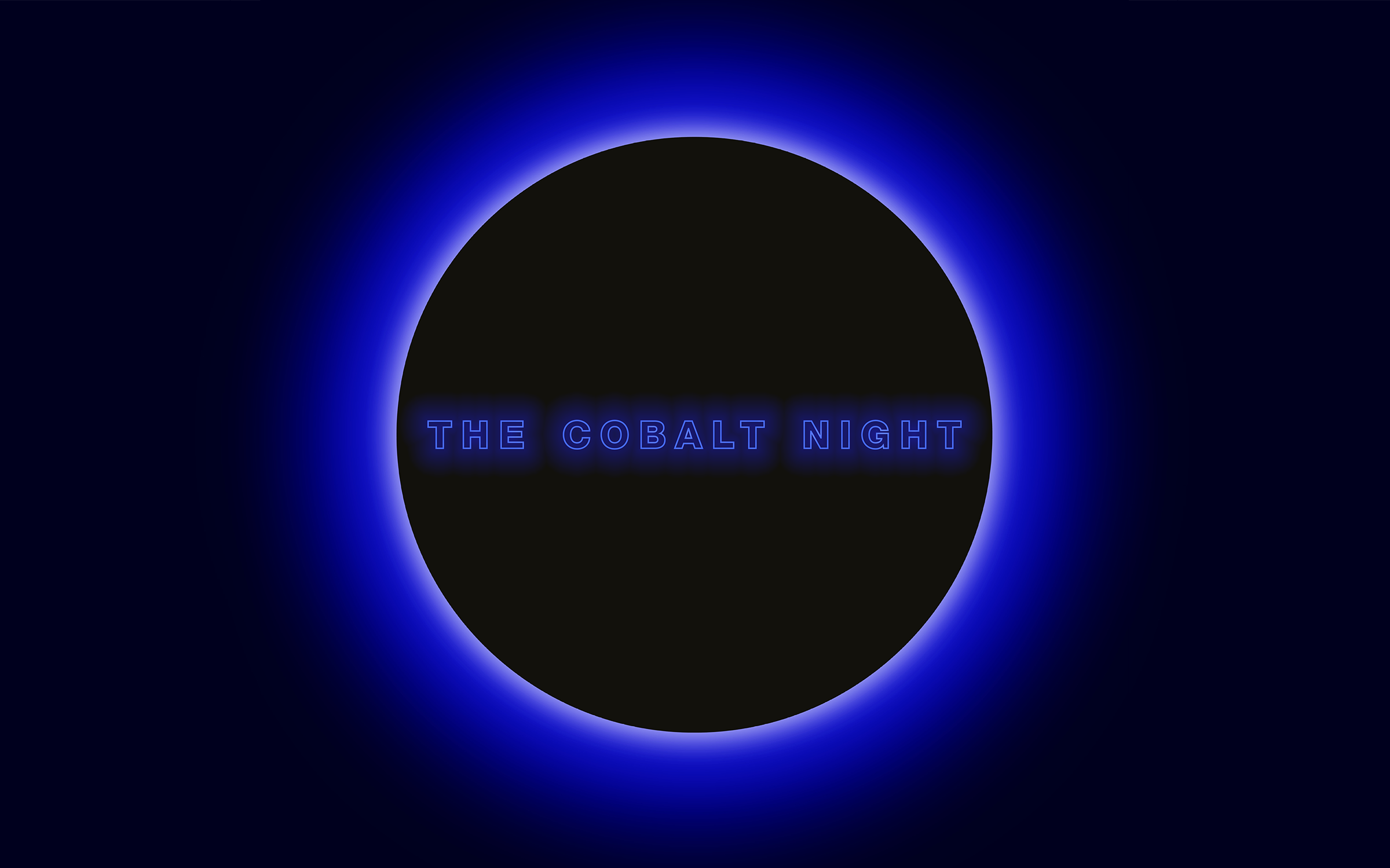 Let me share a few shots of the monumental pieces in the Unlimited section and the mood in the Galleries’ hall. 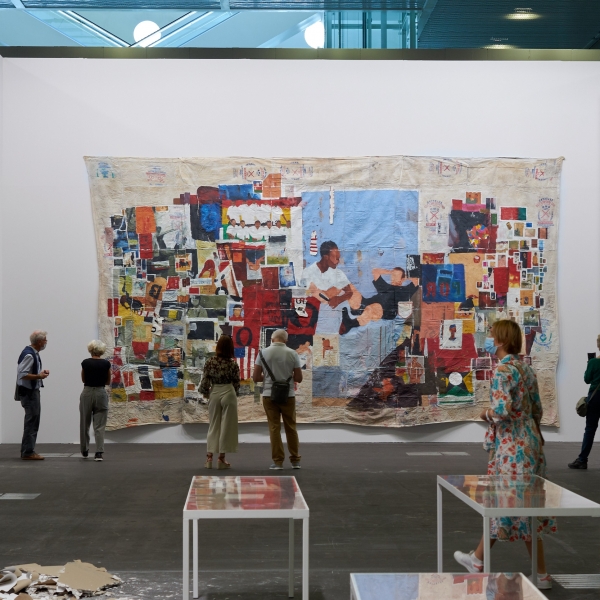 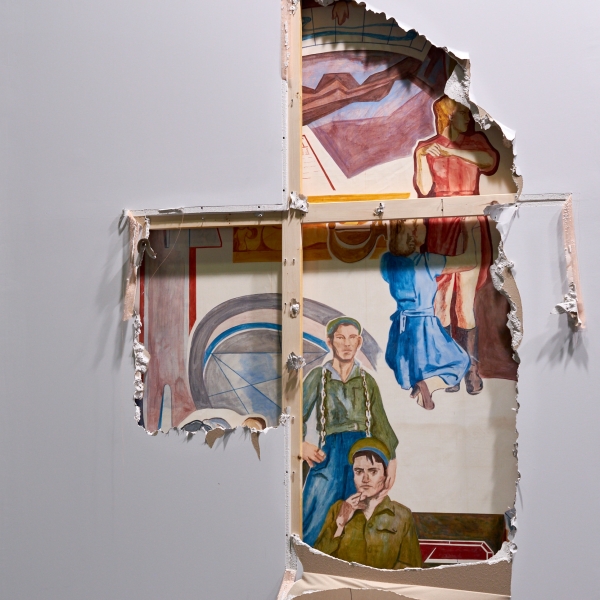 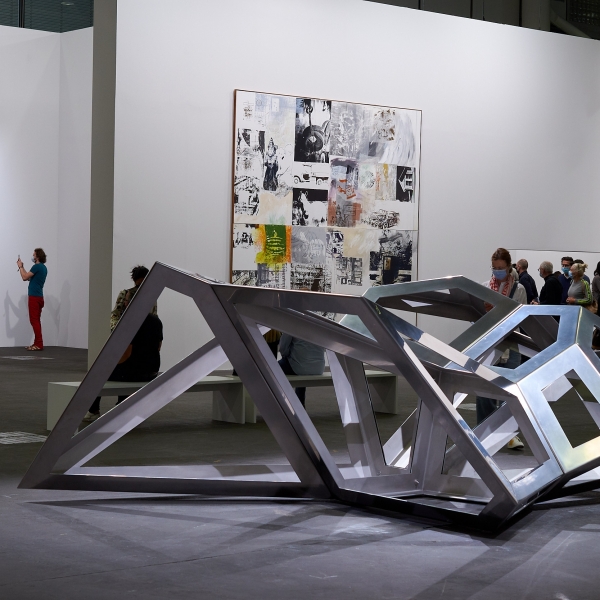 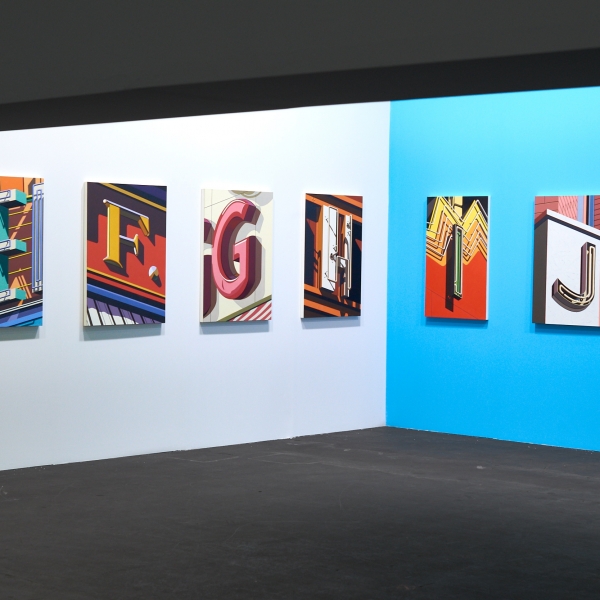 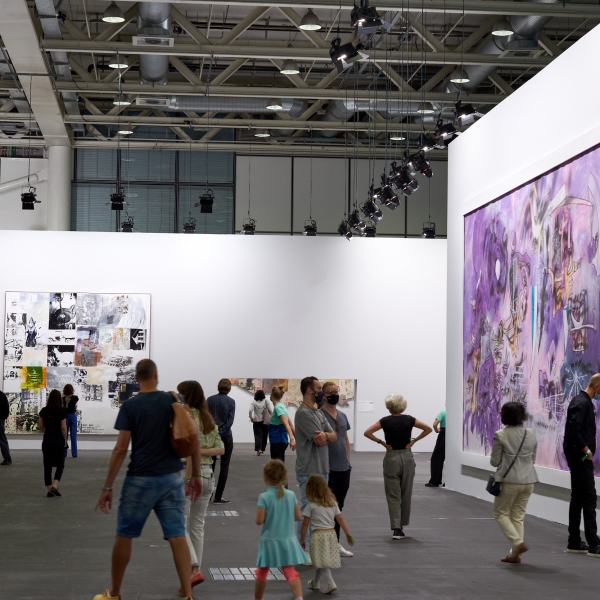 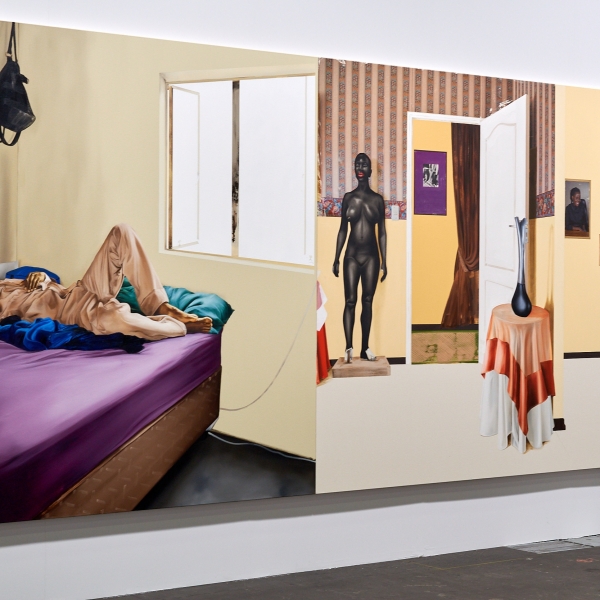 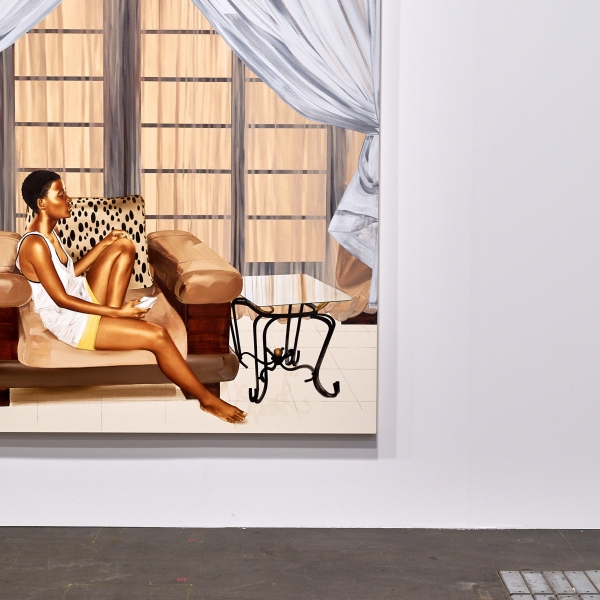 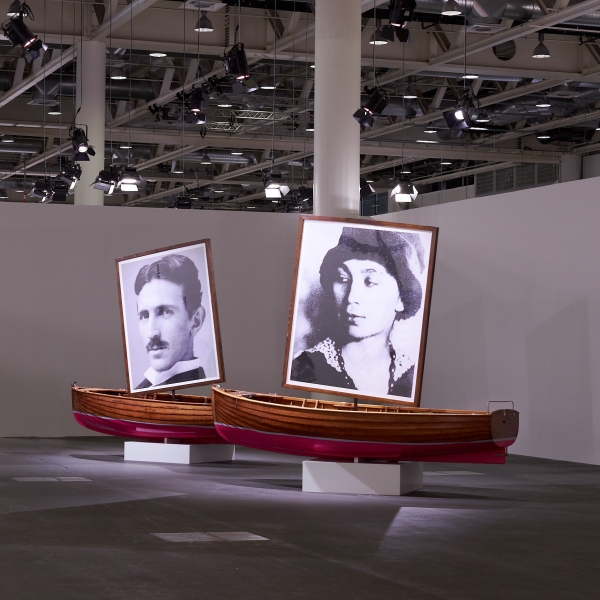 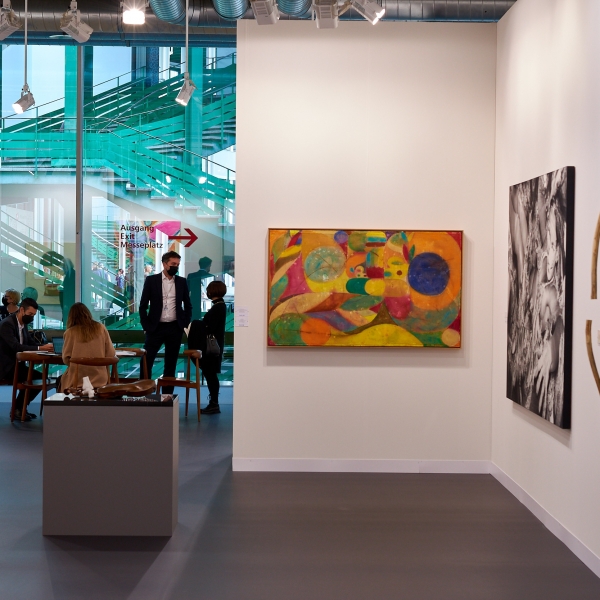 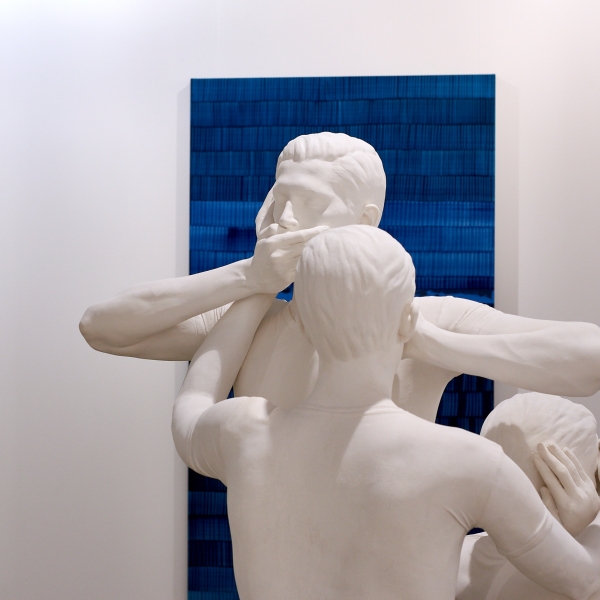 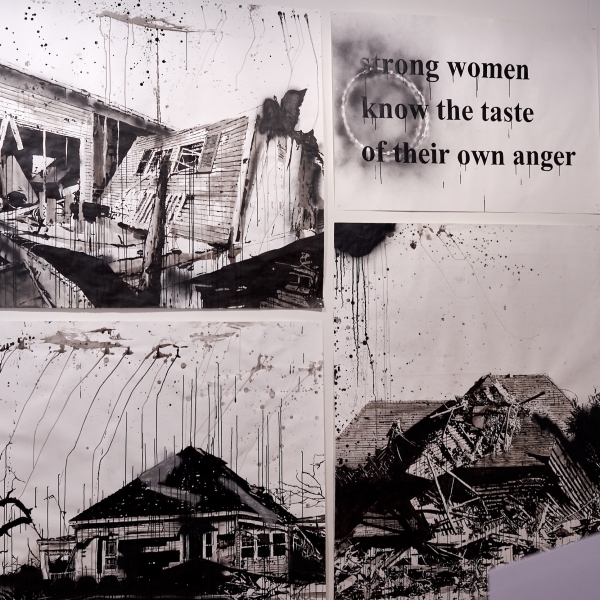 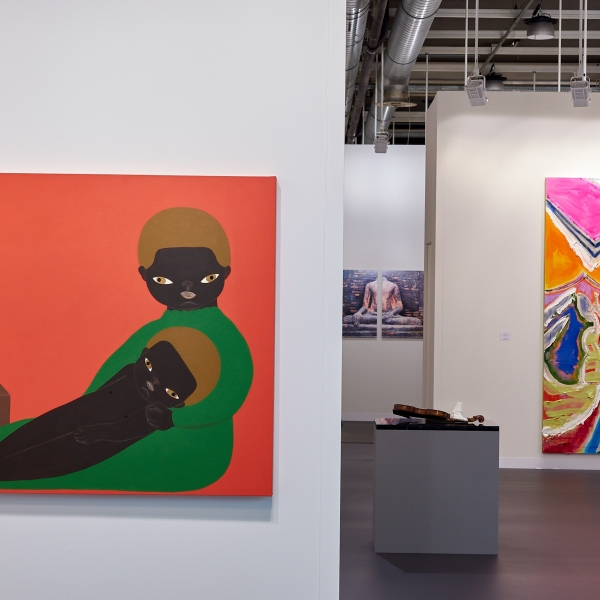 Paris+ par Art Basel Paris+, by Art Basel is the newest fair for Modern and contemporary art, taking place October 20-23, 2022 in the French capital.Hemmerle at Design Miami/ Basel One of the most unconventional and most recognisable high-jewellery houses, Hemmerle exhibited for the first time at Design Miami/ Basel. Finally we got to see art, jewellery and design pieces in real life in Basel - so naturally, the booth of the Munich-based brand was the top on the list to visit.New views An overview about a few upcoming finewatchmaking events - hopefully all in real life - follow us along.