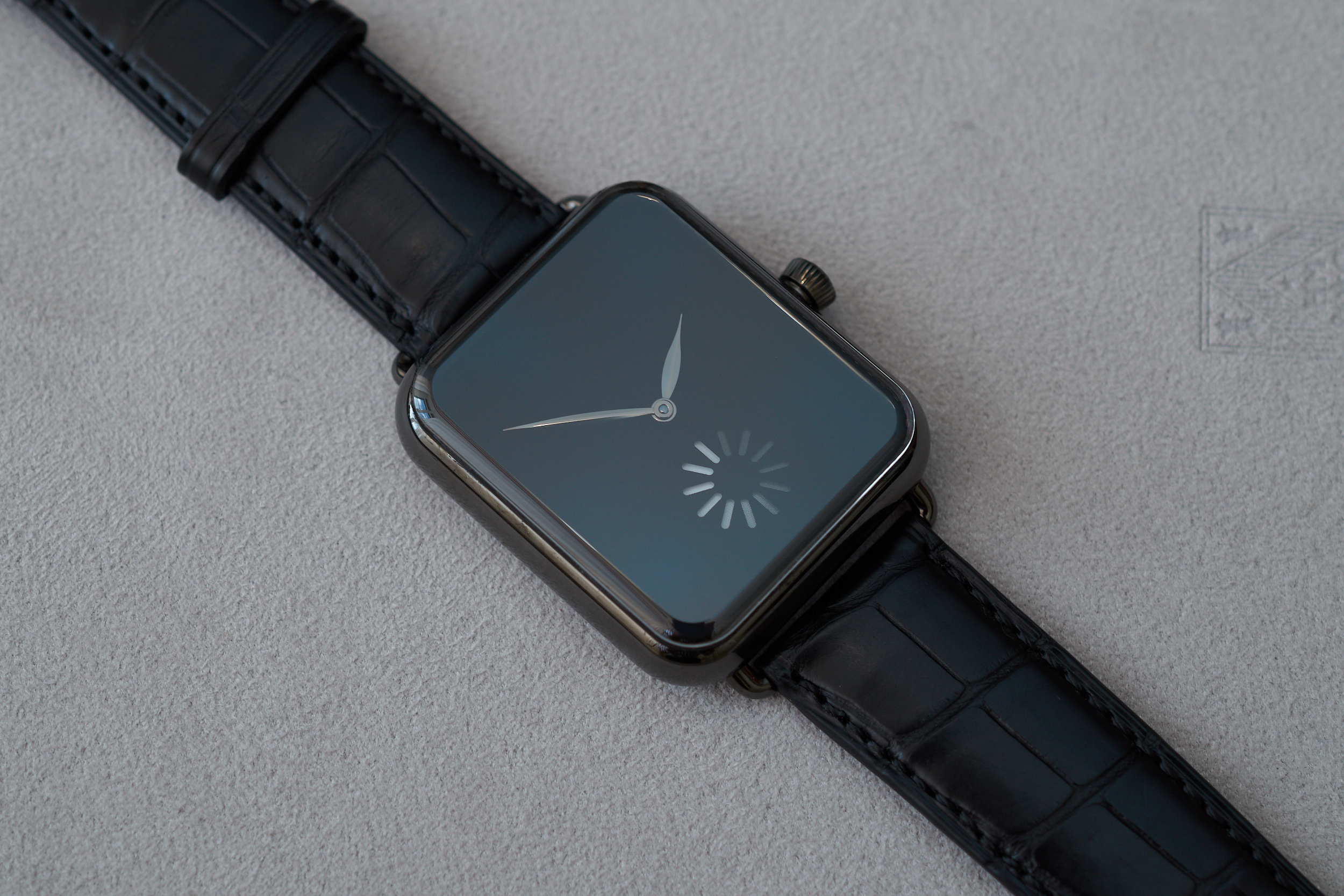 H.Moser & Cie is known for some ‘unorthodox’ moves and novelties in the fine watchmaking industry – perhaps even beyond…

At the SIHH 2016, the company continued with the ‘signature Moser’ models but also issued the unexpected Swiss Alp Watch which recalls the design codes of the Californian tech giant. The step stirred the still waters and clearly evoked emotions both pro and con: people had very different opinions regarding the fun-factor and originality of the timepiece. Some may have seen it as an irony, while others argued its originality and expected Apple to shut it down in a legal battle very quickly. However, the success of the piece within a niche group of watch enthusiasts was indisputable.

In 2018, the Swiss Alp Watch Minute Repeater Tourbillon was created in several references, like this one with a great mosaic-like dial. It features the HMC 901 manual-winding movement and its minute repeater chimes the time with the slide of a button through an elaborate system of miniature hammers and gongs.

Moser’s ‘concept watches’ are among my favourites and the Swiss Alp Watch Concept Black, introduced at the SIHH 2019 is no exception. It only sings the time without showing it. Shelled in a Swiss Alp case, the HMC 901 calibre incorporates a minute repeater and a beautiful flying tourbillon. The all-black dial has no further decoration and no hands are sweeping above.

H. Moser & Cie. wanted to mark the end of the Swiss Alp Watch collection with an extra special model. It is inspired by the modern design of smartwatches, yet it is completely mechanical, with a 100% Swiss Manufacture movement – the hand-wound HMC 324 calibre with an extended power reserve of 100 hours (you can find the power reserve indicator on movement side). 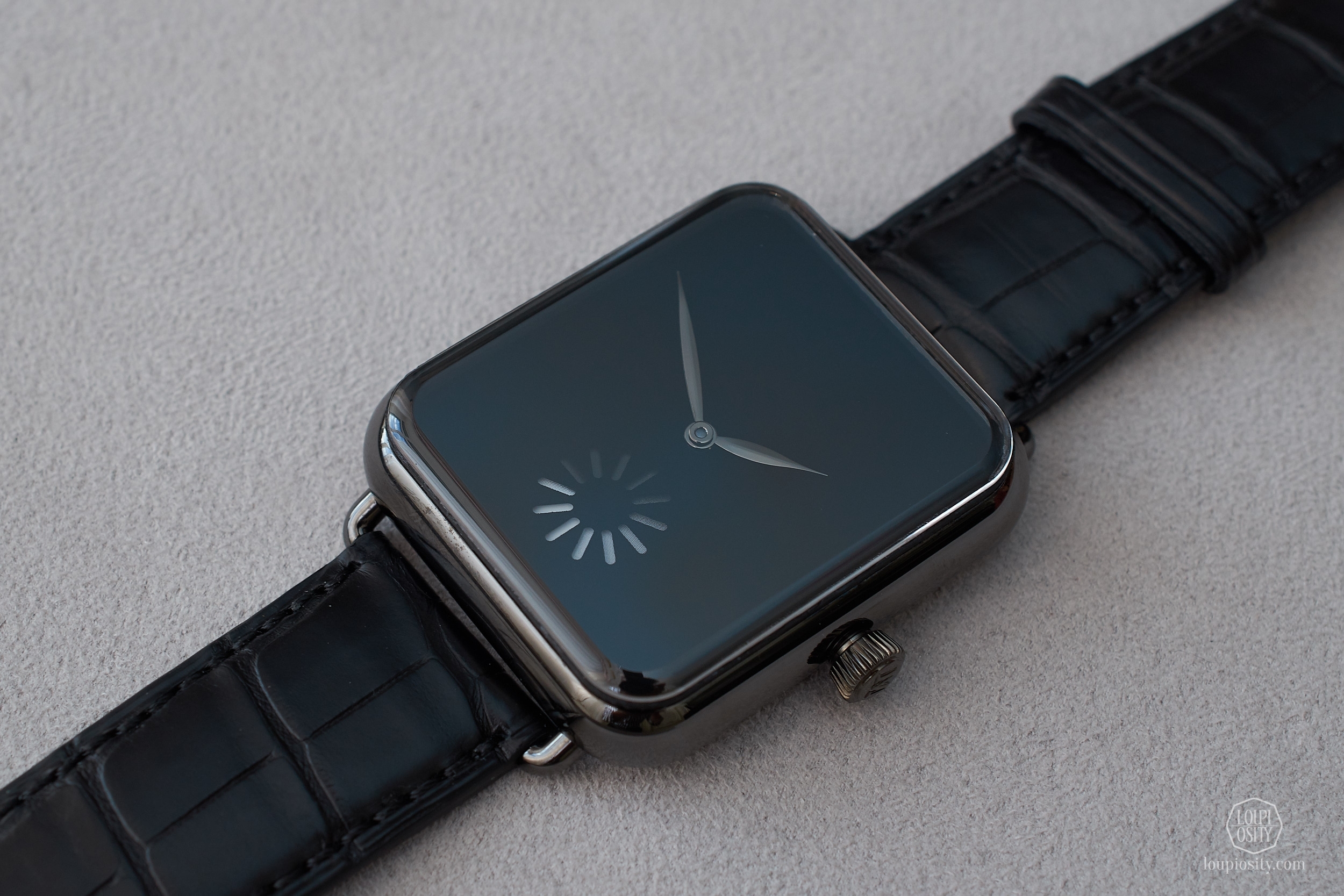 The new Swiss Alp watch features a full black aesthetic: 38.2 x 44.0 mm (and with the height of 10.5 mm) steel case with black DLC coating, black alligator leather strap and Vantablack® dial in the Concept “no logo, no indices” version. Known to be the blackest material produced artificially, Vantablack® is the brand name for a relatively new class of super-black coatings, developed by Surrey NanoSystems (learn more about it at the end of this article). The usage of Vantablack®, the blackened leaf-shaped hour and minute hands lend a mysterious appearance to the watch. Seconds beat equally puzzling by the motion of a gradient disk under the striped openings at 6 o’clock.

The Swiss Alp Watch Final Upgrade is limited to 50 timepieces.

“This idea was conceived by a customer and friend of the brand, a true enthusiast and fan of the Swiss Alp Watch collection. He came to visit us with an extremely precise design and we immediately wanted to create this model, perfectly in line with our philosophy, with a touch of humour and a hint of provocation”, explains Edouard Meylan, CEO of H. Moser & Cie. 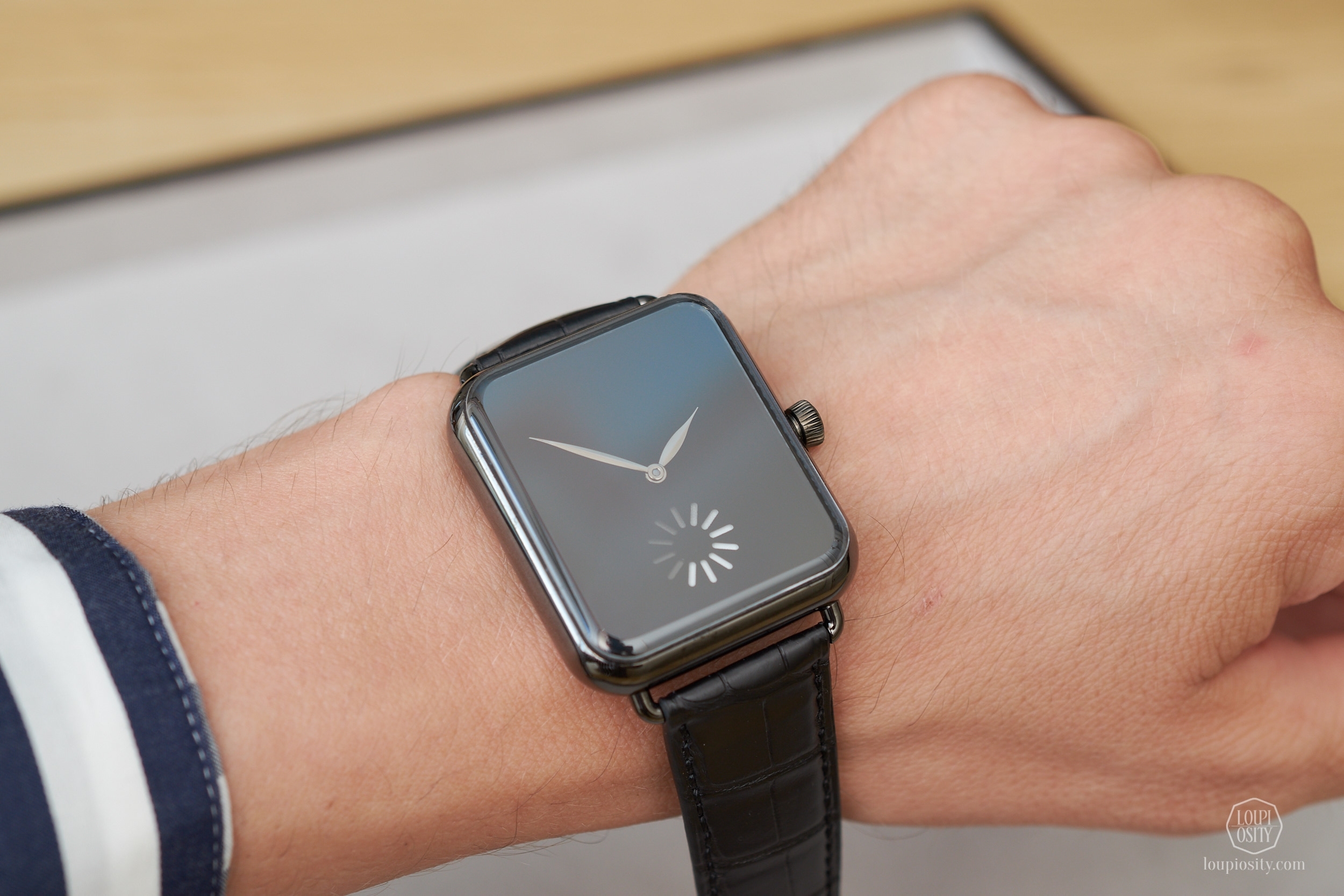 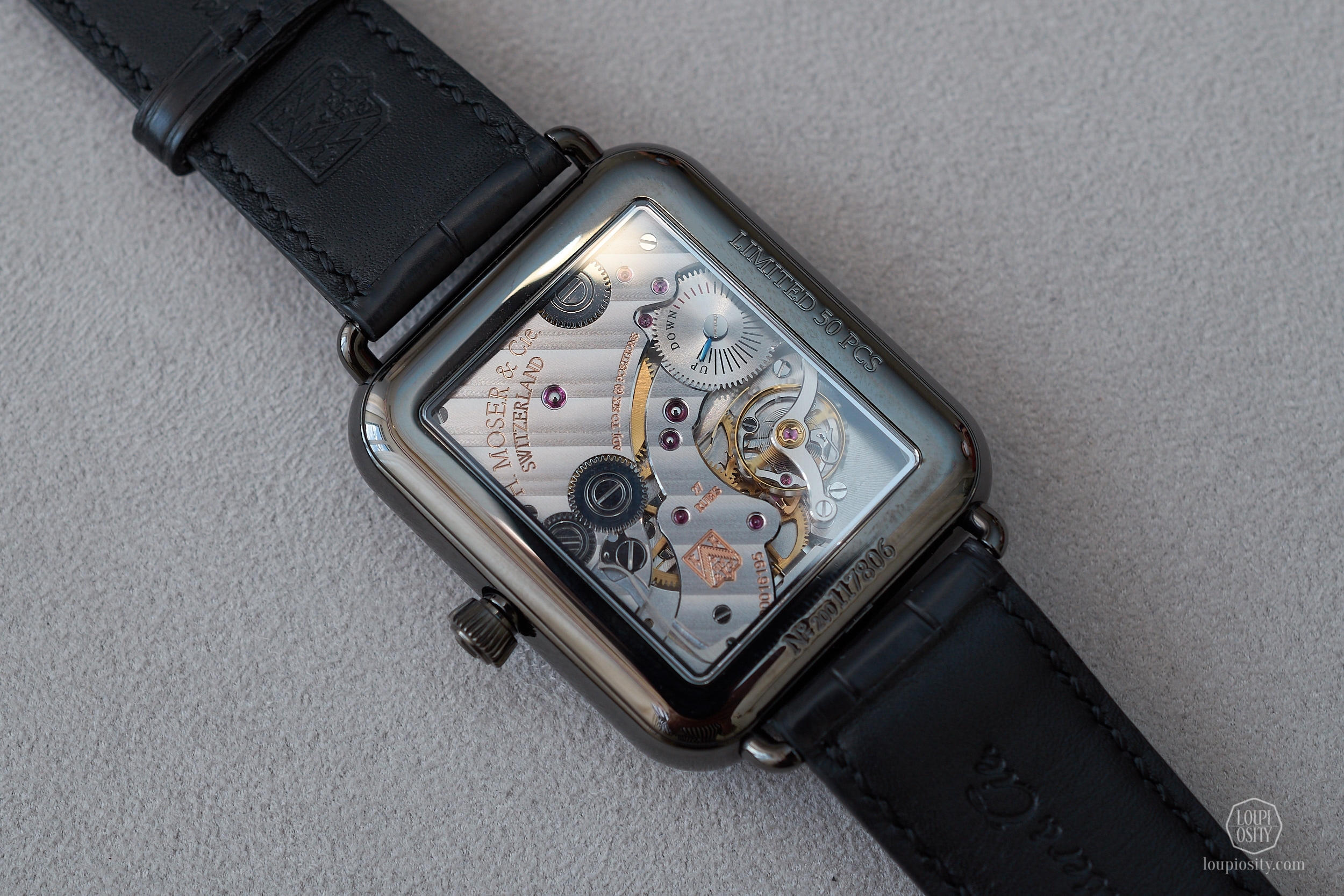 M.A.D.EDITION In June 2021 MB&F offered a special watch to its ‘Friends’, the M.A.D.1, under a different label, M.A.D.Edition. The appearance of the watch on social media stirred the water of the mechanical watchmaking.H.Moser & Cie. - erase the brand to sublimate the creation All new launches of H. Moser & Cie. at the Watches & Wonders 2021 embody the daring concept of removing the branding from the watch face and playing with the distinctive design codes instead. Follow our super-subjective thoughts on the new releases.MB&F and H.Moser & Cie join forces - ‘united we stand among… MB&F and H.Moser & Cie are co-signing a pair of creations whose DNA blends the main characteristics of each. This June the Endeavour Cylindrical Tourbillon H. Moser × MB&F and the LM101 MB&F × H. Moser are released.