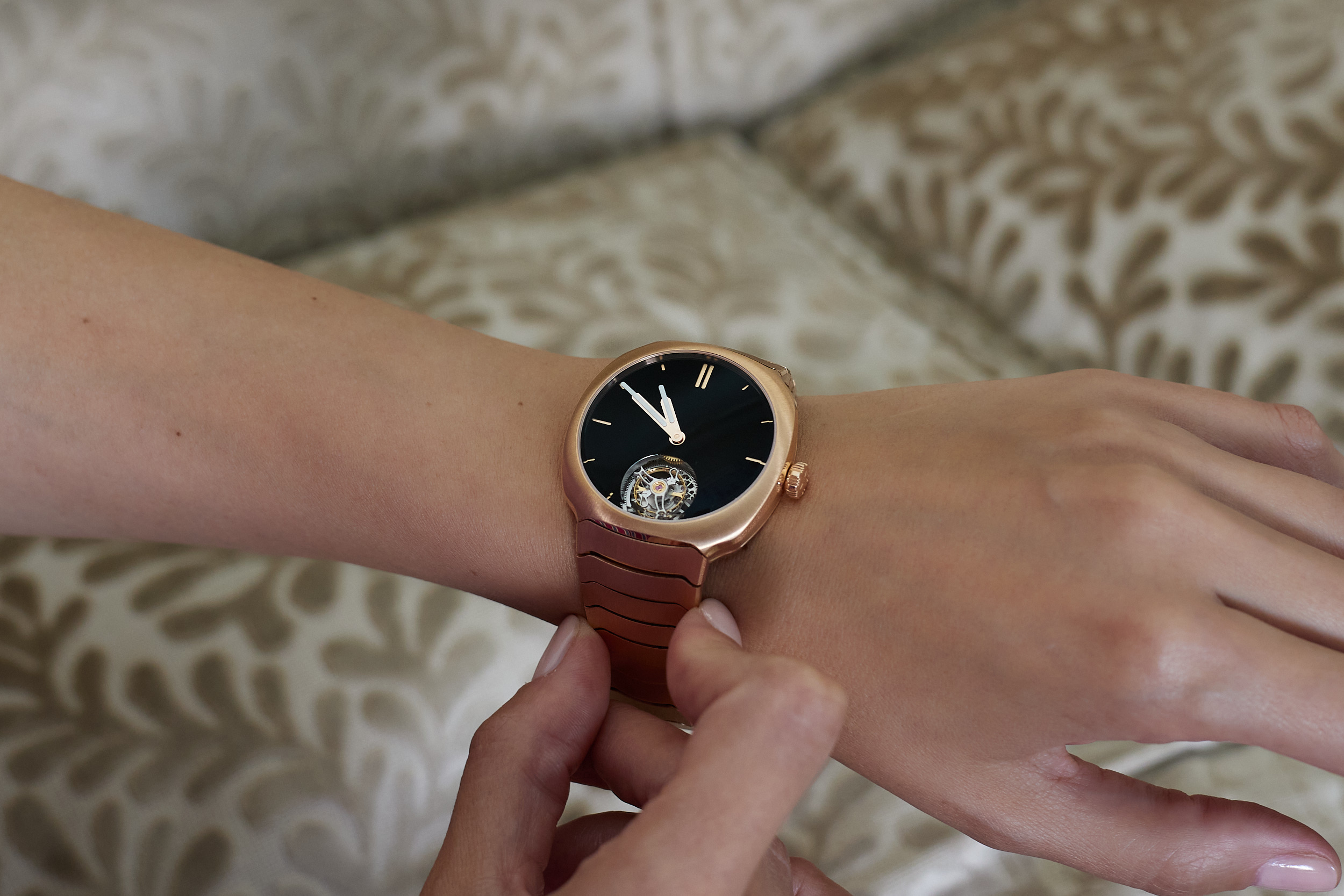 H. Moser & Cie. welcomes the autumn with a red gold Streamliner equipped with the manufacture’s automatic calibre with flying tourbillon. The ‘warmer’ hue of the metal gives a totally different look to the Streamliner, especially with the Vantablack® dial.

The initial Streamliner of H. Moser & Cie. came out back in January 2020 as a Flyback Chronograph Automatic model. The well-known black/grey fumé griffé (vertical brushed) dial appeared in a very well designed, unusual cushion shaped steel case with an integrated bracelet. Edouard Meylan’s team worked with designer Marcus Eilinger and their collaboration resulted in a watch that pleases the wrist and excites the eyes.

We tried the Funky Blue version and loved it – please discover it here. Following up the already cool concept of this model, earlier this summer the manufacture released a collaboration with the globally recognised sportswear brand UNDEFEATED to create a limited edition.

Now – as a pre-release for the Geneva Watch Days – here is the Streamliner Tourbillon Vantablack® featuring the curved Streamliner case in 5N red gold topped by a slightly domed sapphire crystal and a Vantablack® dial (which Moser already successfully applied on other models, like the Venturer Vantablack® Black Hands, Endeavour Small Seconds Total Eclipse or the Swiss Alp Watch Final Upgrade. 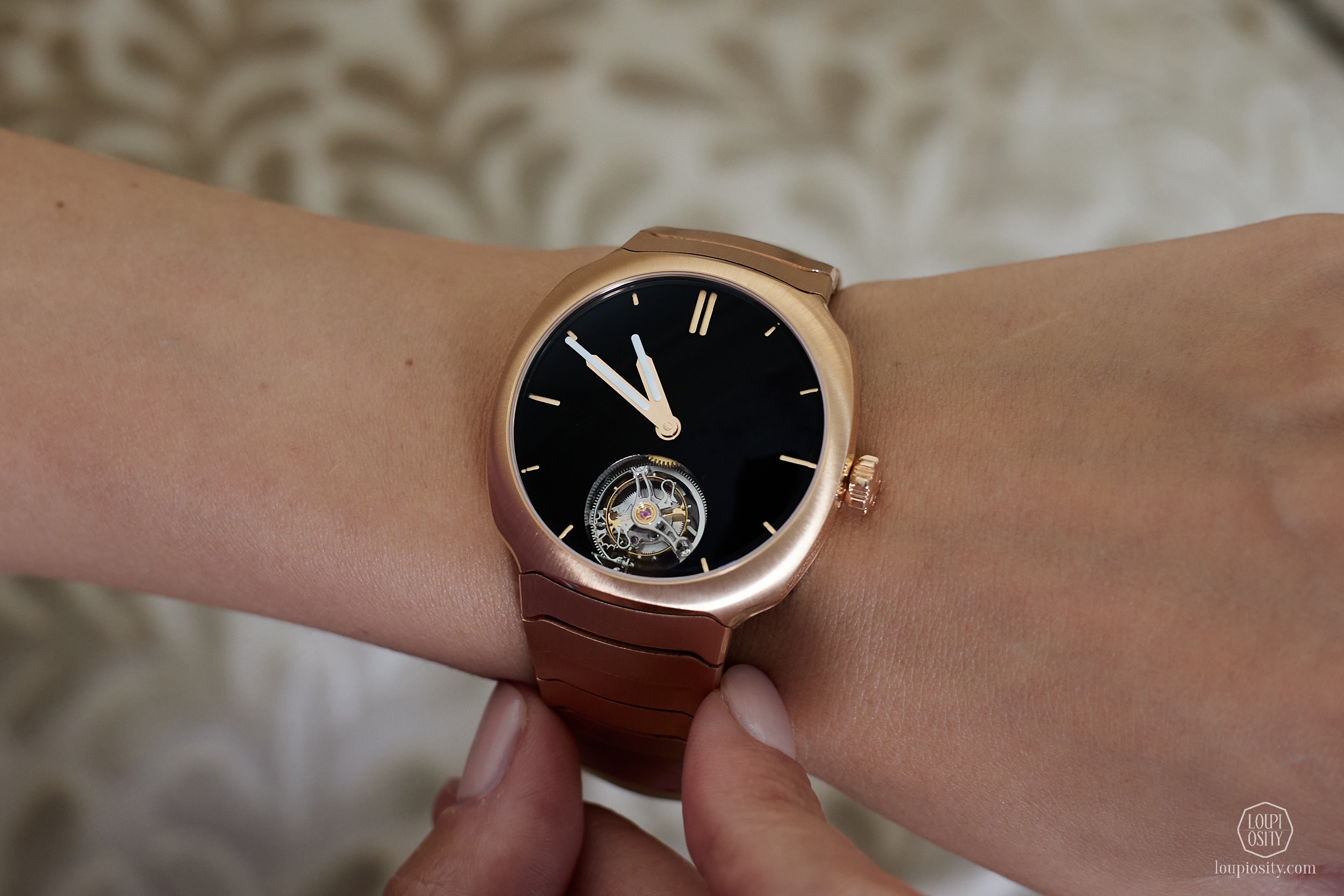 This very special material gives the opportunity to present really divisive and intriguing creations, such as this year’s Watches & Wonders Geneva hit, the Streamliner Chronograph “Blacker Than Black” featuring a case coated in Vantablack®. See more about the material below.

The bracelet was a very important point in the design process of the Streamliner – it had to be elegant, comfortable but different and perfectly aligned with the case design. The metal – in that case red gold – integrated bracelet with articulating links require extremely meticulous polishing and satin-finishing work. 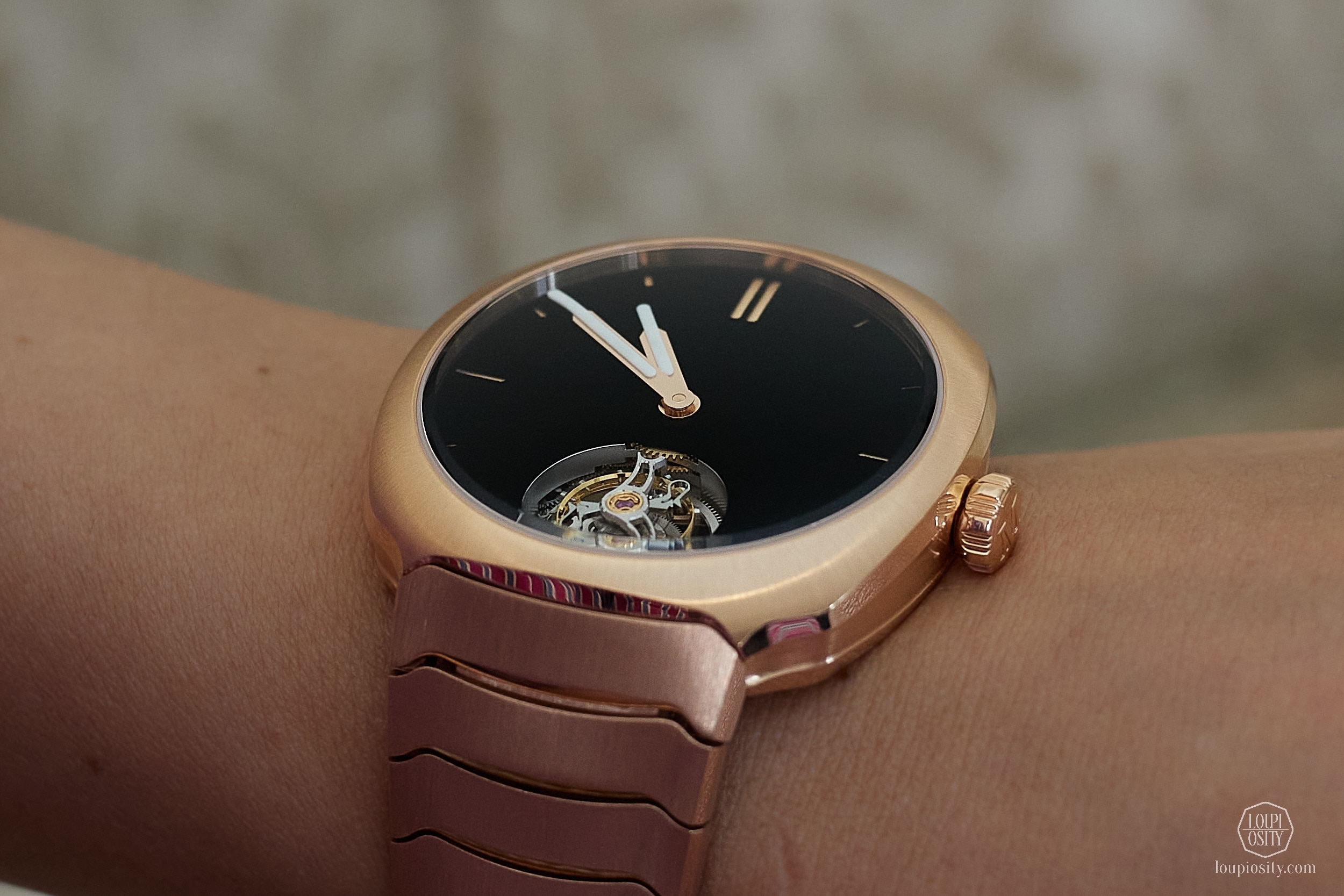 The latest novelty houses the HMC 804 automatic Manufacture calibre with one-minute flying tourbillon at 6 o’clock. It is equipped with a double hairspring designed and produced in-house by H. Moser & Cie.’s sister company Precision Engineering AG. Thanks to this pair of matched hairsprings, the movement of the point of gravity on each spring when it expands is corrected and the effect of friction reduced, significantly improving the accuracy. 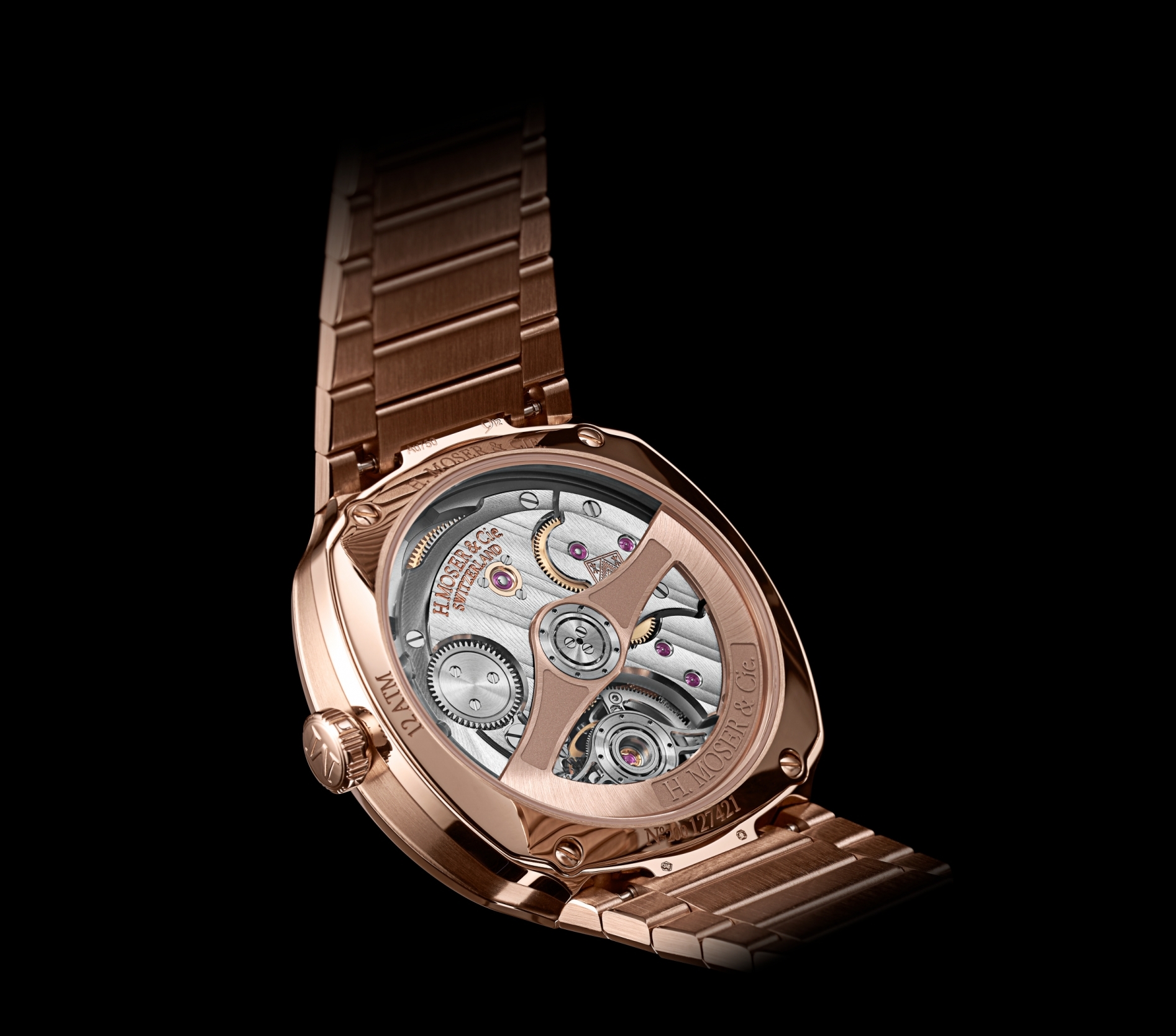 Vantablack® is the brand name for a relatively new class of super-black coatings, developed by Surrey NanoSystems founded by Ben Jensen in the United Kingdom. These coatings are used in special fields such as deep space imaging, automotive sensing, optical systems, art and aesthetics.

In order to see an object, light from the object must enter our eyes. Put it very simply: our eyes see things because the light reflects off of objects and hits the eye. If a surface absorbs light rather than reflects it the object seems darker. Vantablack® coats the object with a special structure which absorbs the light. As the company explains: ‘it is not a black paint, pigment or fabric, but is instead a functionalised “forest” of millions upon millions of incredibly small tubes made of carbon, or carbon nanotubes. Each nanotube in the Vantablack® forest has a diameter of around 20 nanometres (that’s about 3,500 times smaller than the diameter of the average human hair), and are typically from around 14 microns to 50 microns long. A surface area of 1 cm2 would contain around 1,000 million nanotubes.’

Anish Kapoor – Indian-born British sculptor known for his installations and conceptual art – began working with Vantablack in 2014 and later acquired exclusive rights to the pigment. This step fired up a rather interesting battle in the art world – another artist Stuart Semple created a Kickstarter project to support the development another super black paint, the Black 3.0.

Last year there was already news that the engineers of MIT (Massachusetts Institute of Technology) developed an even darker material.

H. Moser & Cie Streamliner Flyback Chronograph Automatic… H. Moser & Cie showcased the blue edition of the Moser Streamliner Flyback Chronograph Automatic on 11 November. We spent a very happy long weekend in the company of the novelty before the premiere.H. MOSER & CIE. × UNDEFEATED H. Moser & Cie. has kicked off the summer season with a bold and irreverent collaboration. The ‘very rare’ Manufacture has partnered with globally recognised sportswear brand UNDEFEATED to create a limited edition, the Streamliner Chronograph UNDEFEATED.Hautlence Linear Series 1 & Vagabonde Series 4 Dressed in a revised, nicely angled and surprisingly comfortable steel case, two novelties mark a sportier chapter for HAUTLENCE. We showed the tourbillon and retrograde Linear Series 1 and the satellites of the Vagabonde Series 4 to the late summer sun.