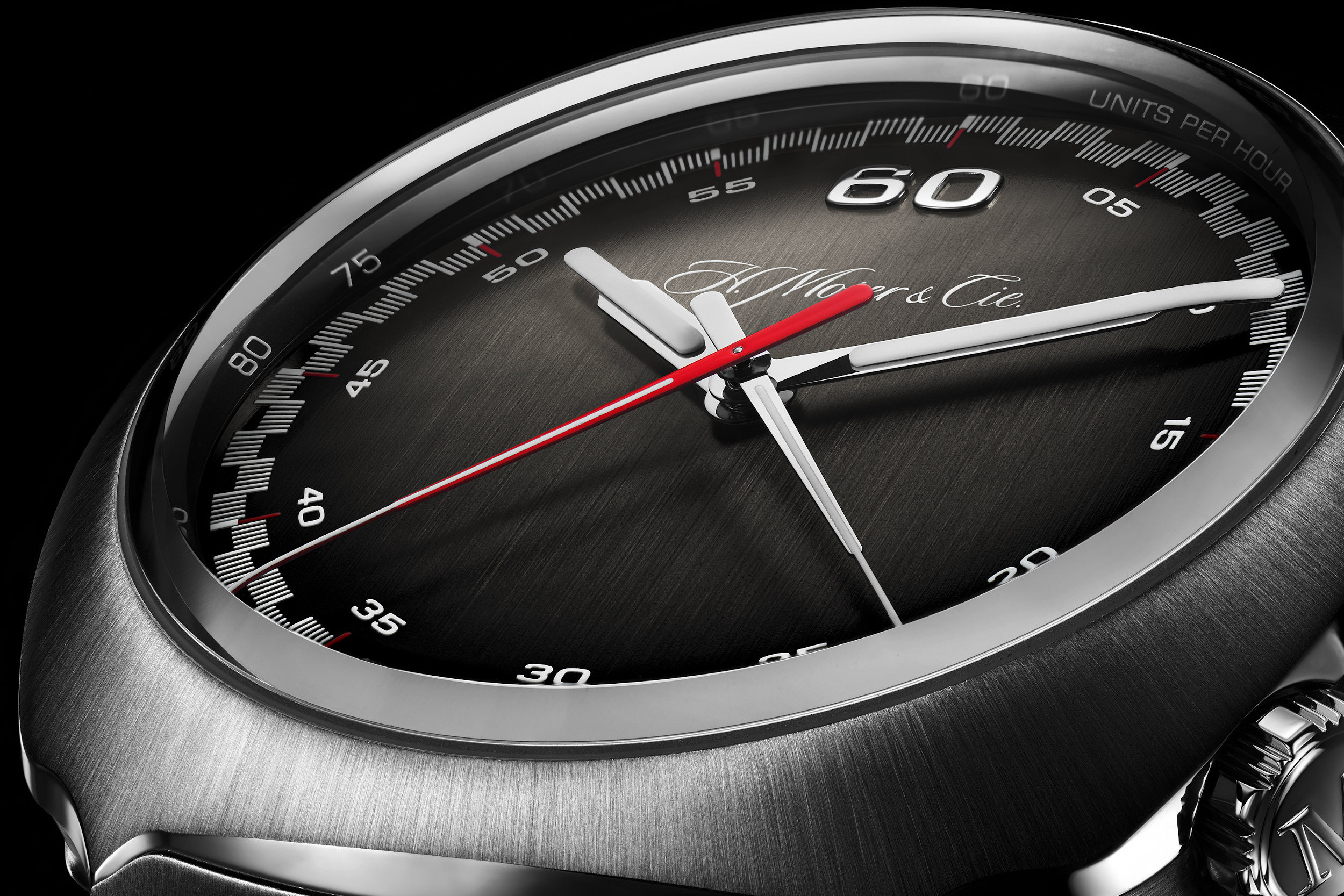 The brand new release of H. Moser & Cie, the Streamliner features Moser’s signatures such as the minimalist design and the fumé dial as well as a special movement – this time developed with AGENHOR for H. Moser & Cie. The steel Streamliner Flyback Chronograph Automatic comes in a limited edition of 100 pieces.

Steel everyday entry-level timepieces with an integrated bracelet are trending today in the fine watchmaking world. We saw examples in the last years from Vacheron Constantin, Chopard or pretty recently A. Lange & Söhne.

Moser joined this circle by issuing a steel design watch with one of the most impressive chronograph movements around. The steel case of the Streamliner Flyback Chronograph Automatic hides the HMC 902 that is has similar concept than the AGENHOR’s AgenGraphe (debuted in Fabergé’s Visionnaire Chronograph in 2017). The chronograph takes the central display, here with a flyback function for the minutes and seconds.

‘We started with the bracelet, comfortable, elegant and different’, starts Edouard Meylan, CEO of H. Moser & Cie. ‘We then designed this model around the chronograph function, as this was what we really wanted to highlight. The Streamliner is a chronograph which displays the time rather than a watch which features a chronograph. We preferred understatement, ergonomics, and legibility, opting for a central display with no sub dial: perfectly matching our minimalist philosophy. We took the very essence of the chronograph, and raised it to the next level’. 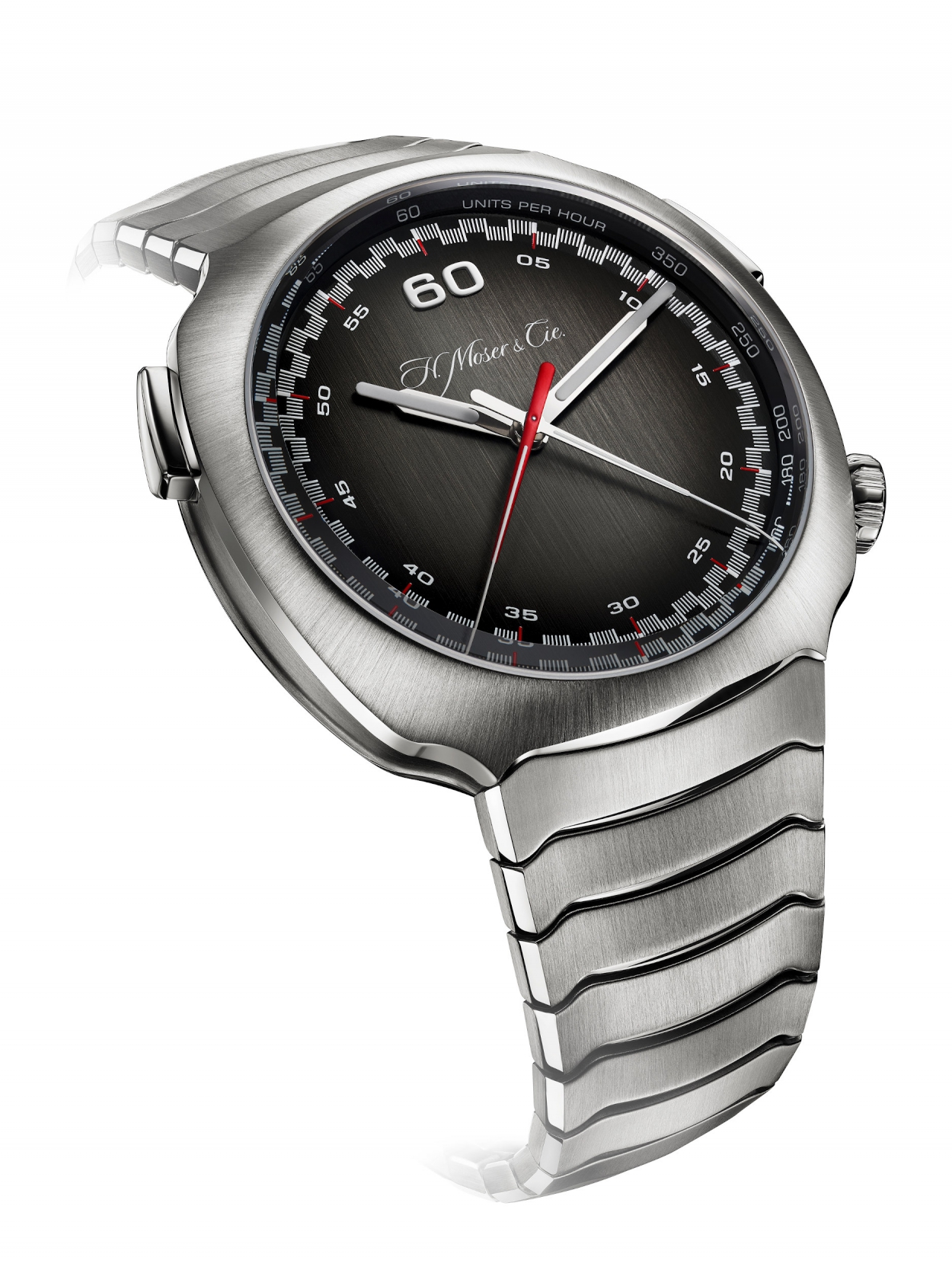 Moser took the design inspiration from cool vintage trains. Train travel once played an important part in America’s interstate transportation network both for passengers and freights. In order to have more comfortable and more efficient trains, engineers experimented with new designs. The Streamliners were designed to reduce air resistance. Their awesome shape has made them a symbol of high quality train transport in general. The term is applied to high-speed railway train sets of the 1930s to 1950s, and their successor ‘bullet trains’.

As Mike Schafer and Joe Welsh note in their book ‘Streamliners: History of a Railroad Icon’, the train set had been ordered a year earlier from Pullman-Standard. It was unlike anything the public had ever seen.  Its sleek appearance carrying no boxy features was entirely contrary to standard trains of the day which were drab, colourless, and generally uninspiring. (Source)

The watch has an anthracite shade of grey fumé face with griffé (scratched) decoration. Around the circumference are two white and red minute tracks. The outer one measures the chronograph seconds and the inner one counts the minutes. It has an off-centre crown adorned with an ‘M’ and two chronograph push-buttons set at 10 and 2 o’clock. The proportions of its curves are inspired by the Streamliner trains. The 42.3mm steel case is topped with a gently domed sapphire crystal.

For the movement H. Moser & Cie teamed up with AGENHOR (an abbreviation for the Atelier Genevois d’Horlogerie – an independent watchmaking company in Geneva, specialising in the design of complex mechanical modules). The goal was to develop the first automatic chronograph with a central display to feature a flyback function for the minutes and seconds. 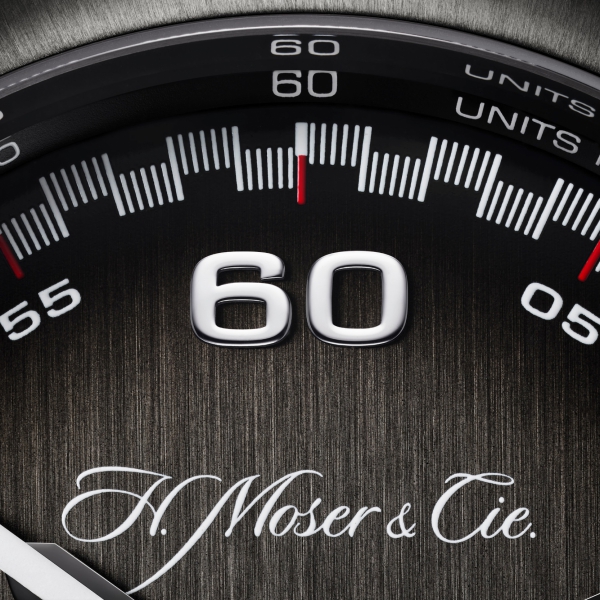 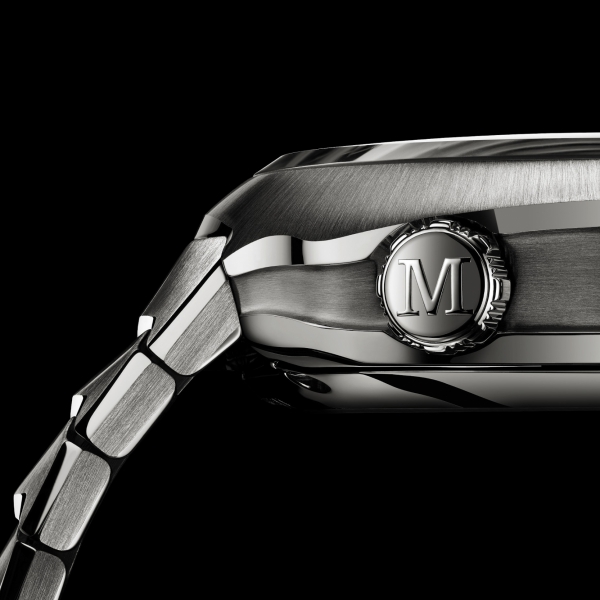 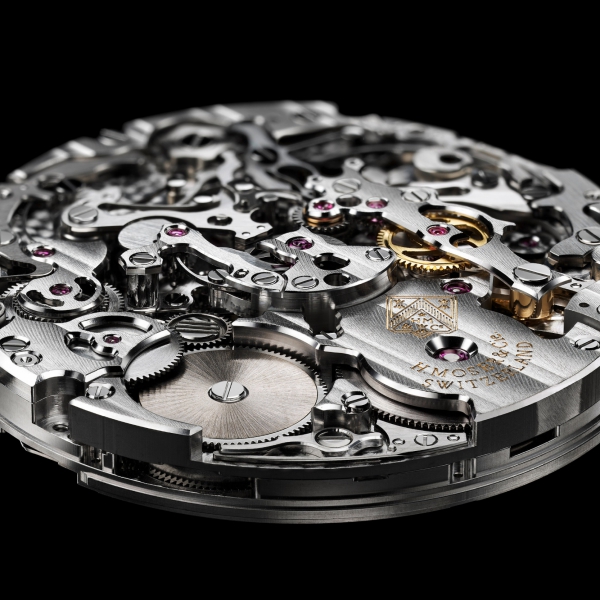