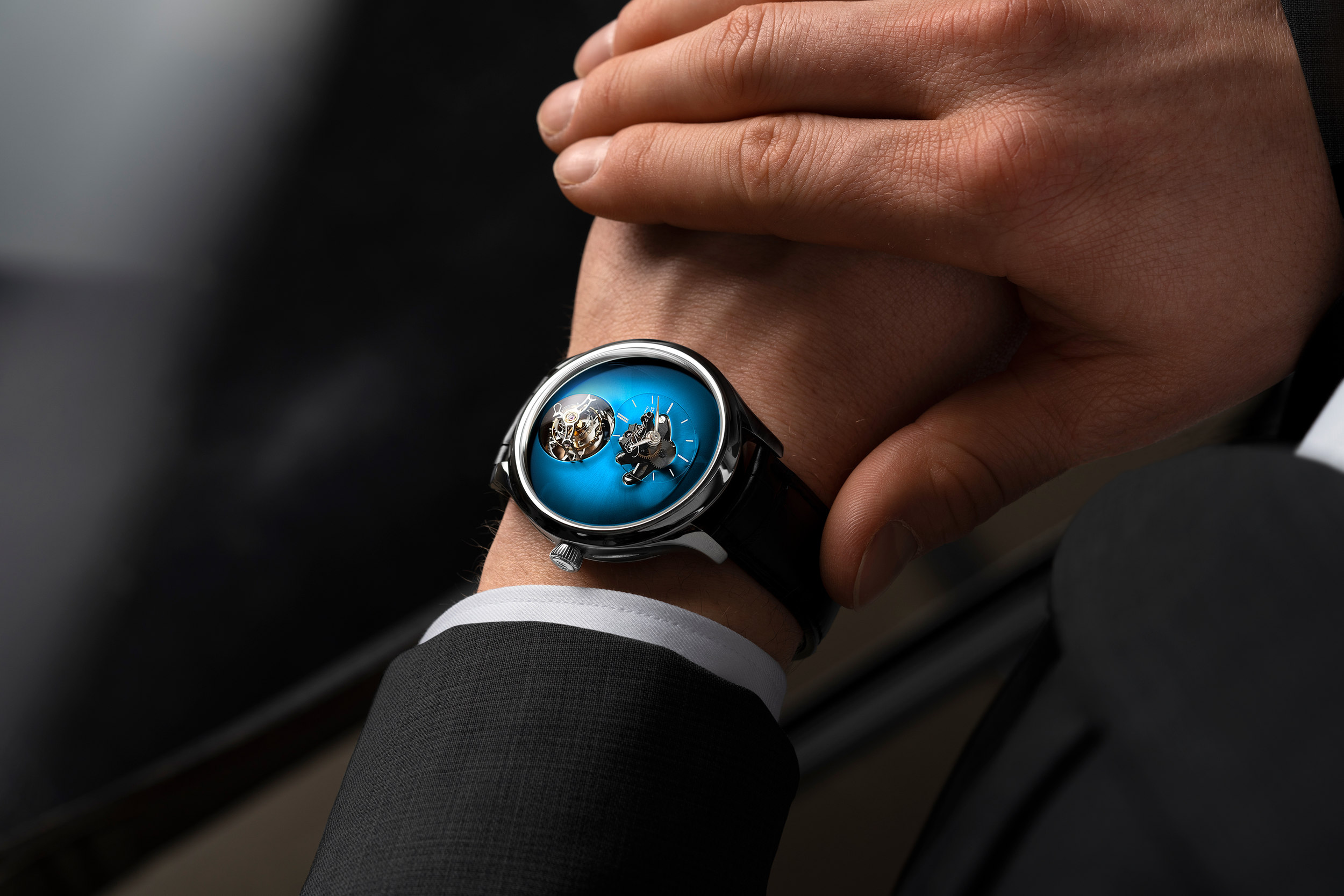 MB&F and H.Moser & Cie are co-signing a pair of creations whose DNA blends the main characteristics of each. This June the Endeavour Cylindrical Tourbillon H. Moser × MB&F and the LM101 MB&F × H. Moser are released.

Witnessing the cooperation of Edouard Meylan (CEO at H. Moser & Cie.) and Maximilian Büsser (Owner & Creative Director, MB&F) is like seeing the two coolest kids in the school agree that they could be even cooler together. Both have strong character and opinions but this does not hold them back from creating something which is equally fruitful for both of them.

Additionally, both men are well known in fine-watchmaking circles and not only because of their very recognisable watches but also because of what and how they are doing. Edouard is a real new-generation CEO, sometimes rebellious, super social media-friendly and really confident even on videos and in other similar performances (he was certainly one of my favourite CEOs to see in the first-ever online Watches & Wonders event – his video greeting was professional, straightforward but really enjoyable). Max Büsser is a very talented creative brand owner and he is also among the rare birds in this industry who can express themselves through shapes and words with ease. (On this site I already praised his great and honest presentation at SIHH in 2019; looking back over his years of on-going adventure with MB&F).

And as he says about the project: ‘When I called Edouard to tell him that I wanted to collaborate on a creation, I mentioned that I really liked the double balance-spring, the Moser fumé dials and the Concept watch series. Edouard immediately told me that he would let me borrow these features, but on condition that he could also reinterpret one of my machines. After an initial moment of surprise, I gave it some thought. Being 50% Indian and 50% Swiss, I am firmly convinced that mixing DNA creates interesting results, so why not try the experiment in watchmaking? I therefore agreed and suggested the FlyingT model, which is particularly dear to my heart.’ 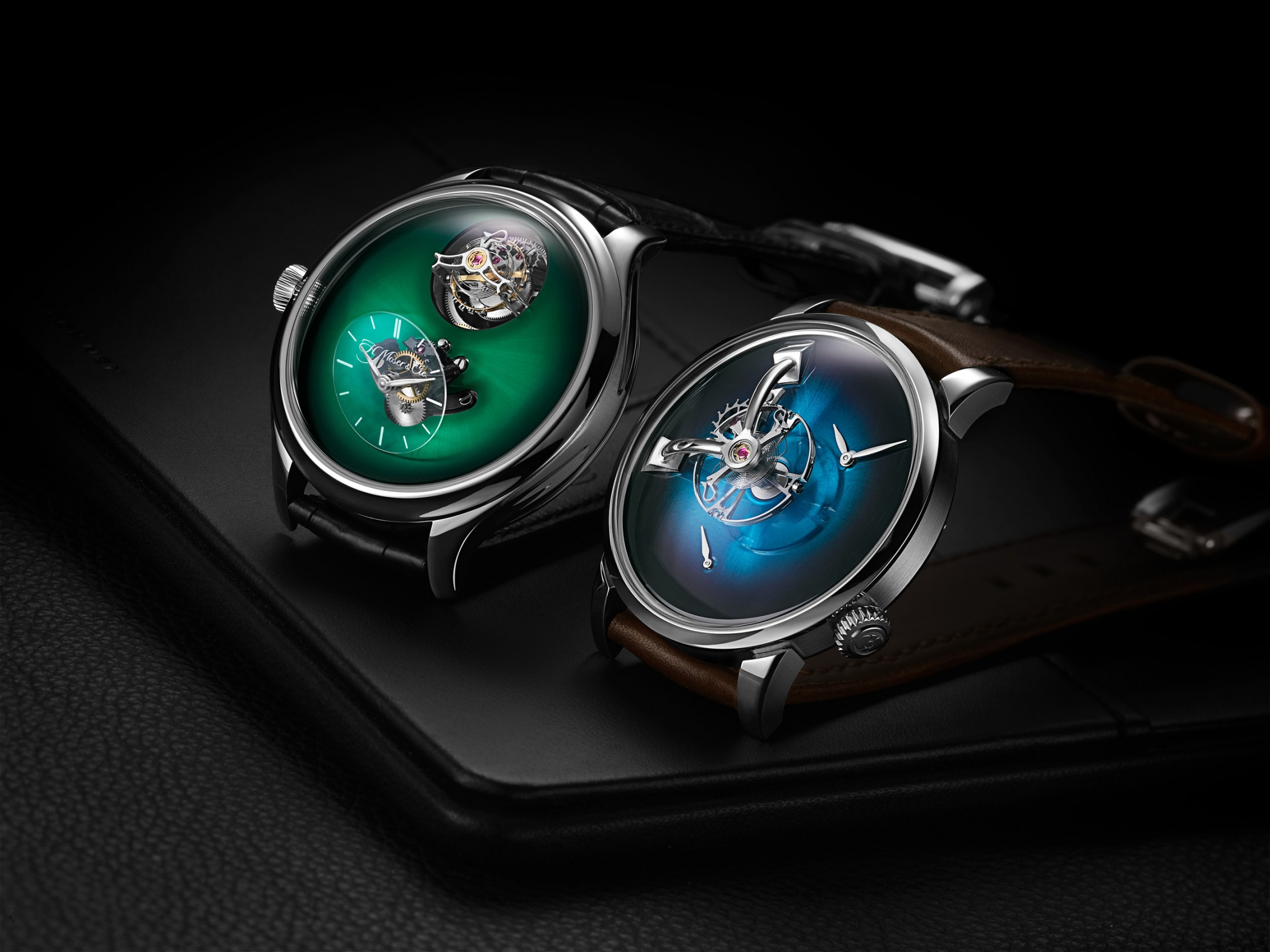 On the first piece H. Moser & Cie. has borrowed from MB&F the concept of three-dimensional movements, a strong element of the Geneva Maison’s identity, protected by a sapphire dome and featuring a one-minute flying tourbillon that rises above the main dial through a ventricular opening at 12 o’clock. 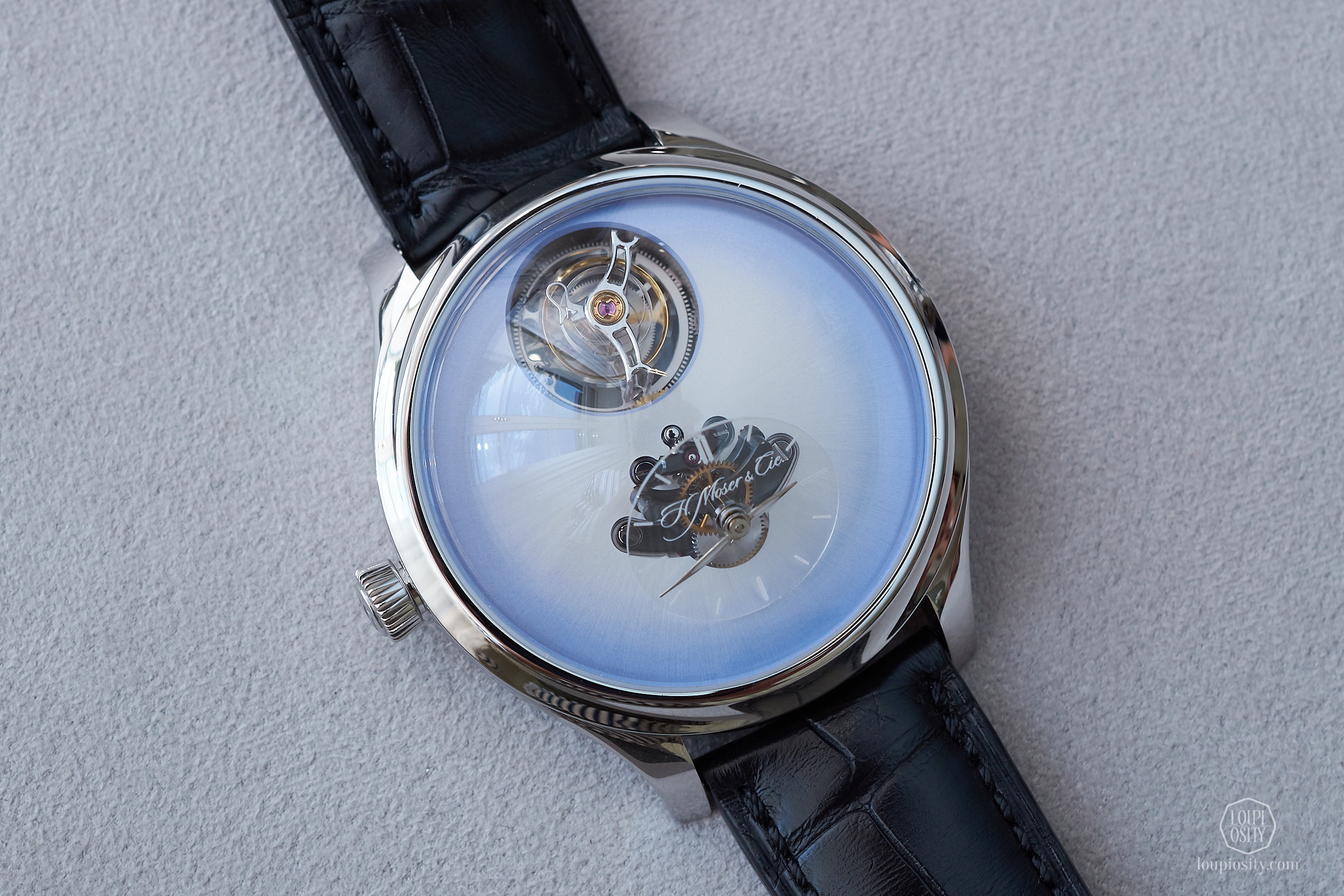 Since the brands have been working together for more than ten years, with Precision Engineering AG – a sister company of H. Moser & Cie. – supplying MB&F’s balance springs, the further cooperation is somewhat natural.

In this piece you will find the HMC 810 three-dimensional automatic manufacture calibre inside, including a tourbillon with a cylindrical balance spring – the same as the one developed by Precision Engineering AG for MB&F’s LM Thunderdome.

The watch has tilted hour and minute sub-dials. These are inclined at 40° so that the owner of the watch is the only one to whom it reveals the secret of time, and mounted on a conical gear train ensuring optimal torque transmission from one plane to the other. (You can see something similar for example on the great women’s watch of MB&F here.) 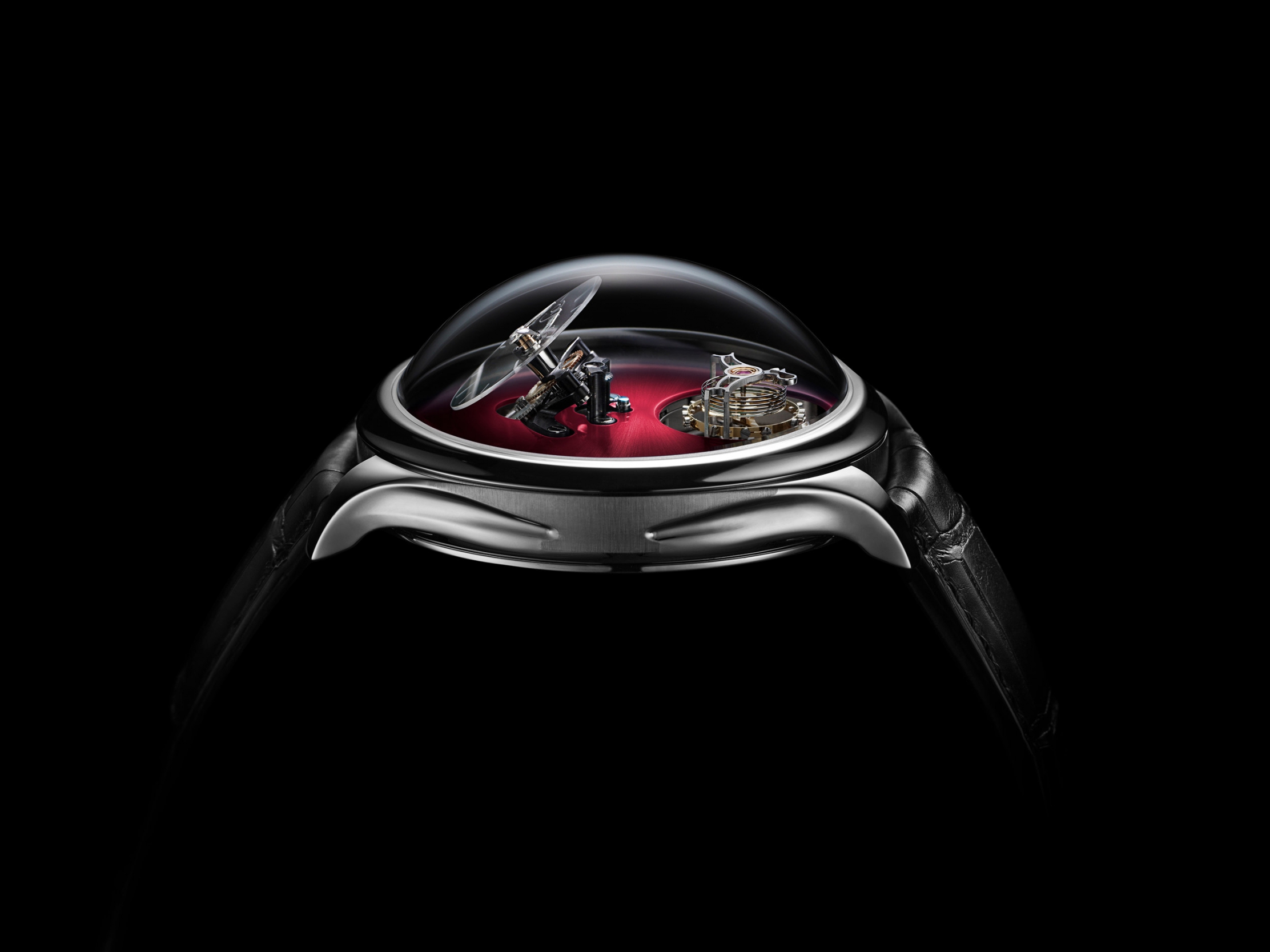 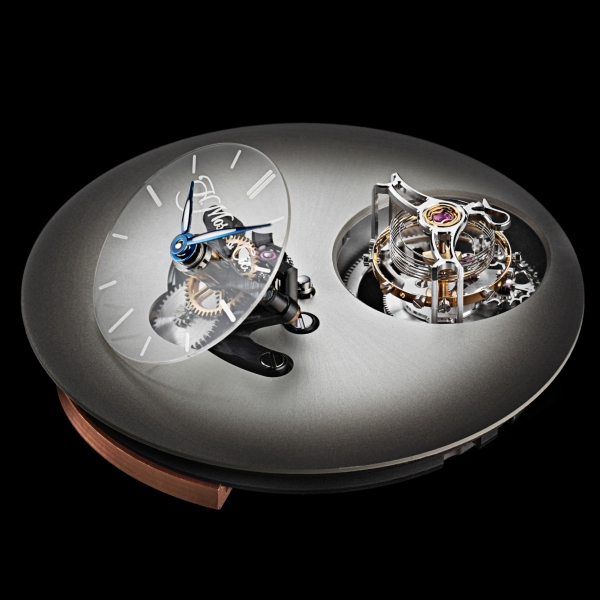 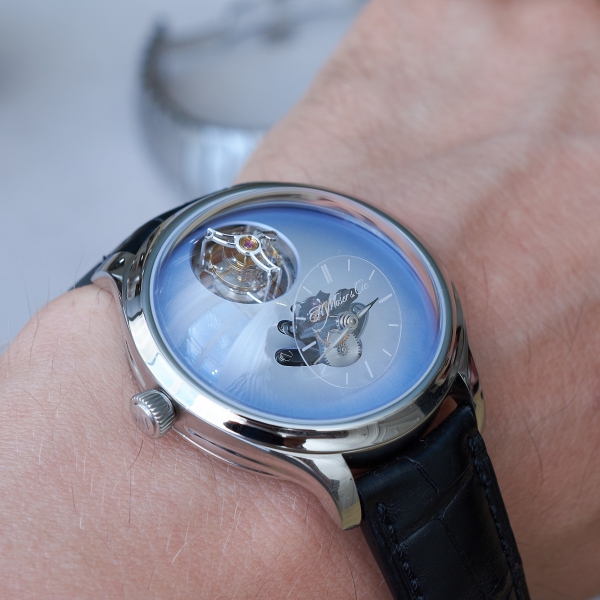 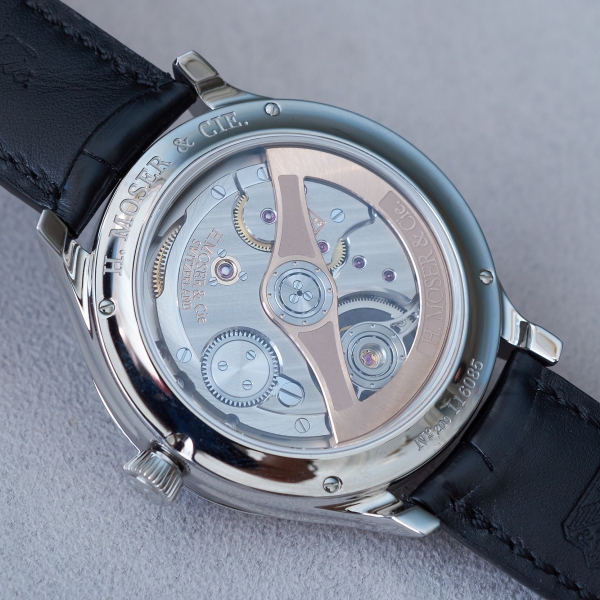 The Legacy Machines of MB&F are a kind of icons among independent watchmaking lovers. This time the brand has chosen to remove its logo (as Moser is doing on the Concept timepieces) and it has abandoned the floating domed sub-dials to display the hours and minutes as well as the 45-hour power reserve by means of hands placed directly on the main dial. 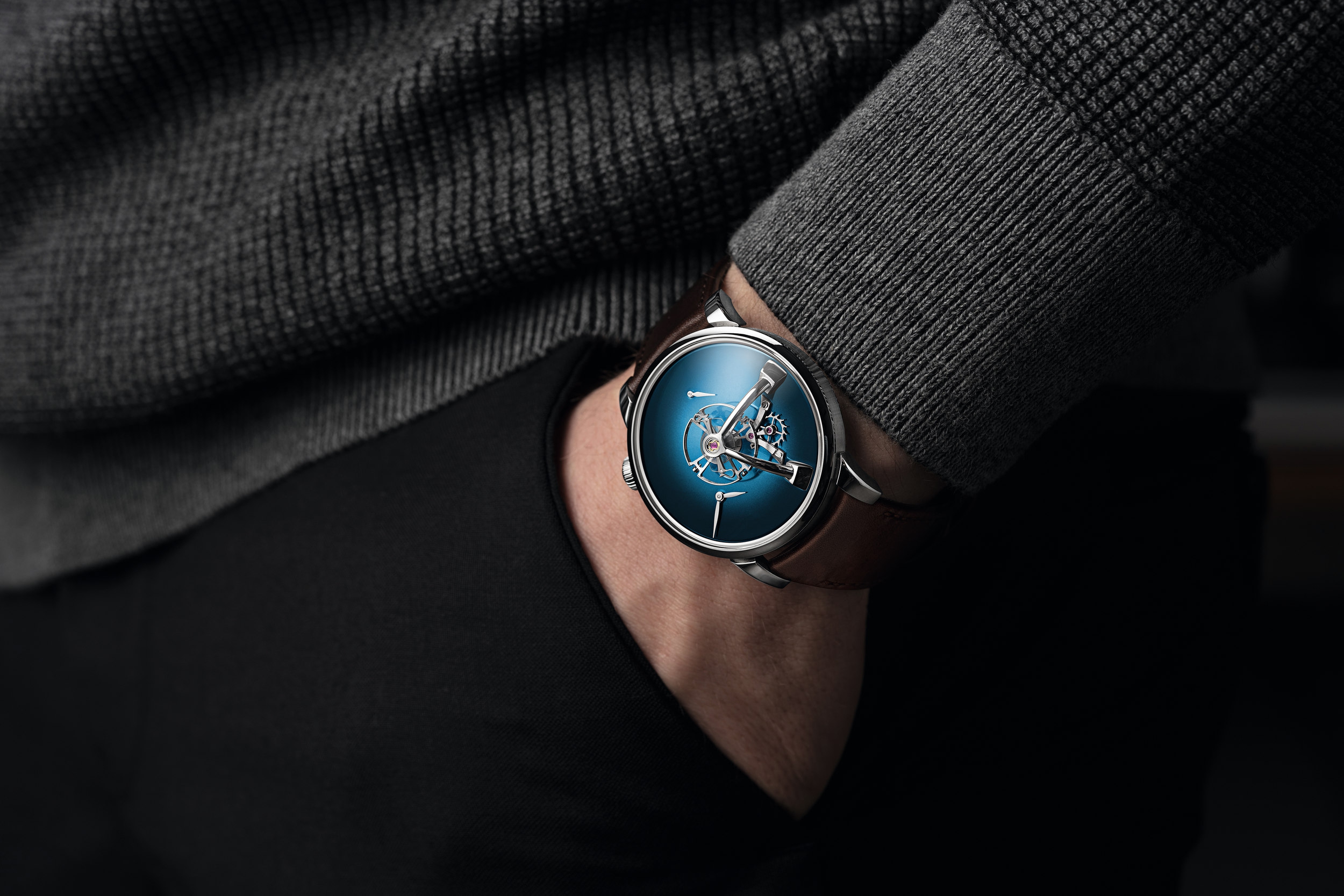 The timepiece houses the three-dimensional horological movement developed in-house by MB&F and the finishes were determined by Kari Voutilainen, another eminent independent watch creator.

The movement has been fitted with a double balance spring produced by Precision Engineering AG. Thanks to this pair of matching balance springs, the displacement of the point of gravity undergone by each spring as it expands is corrected, significantly improving precision and isochronism (meaning ‘in the same time’, the property of a pendulum or a balance by which it performs its vibrations in equal times – in watchmaking to achieve isochronism of the regulating organ of a timekeeping instrument). 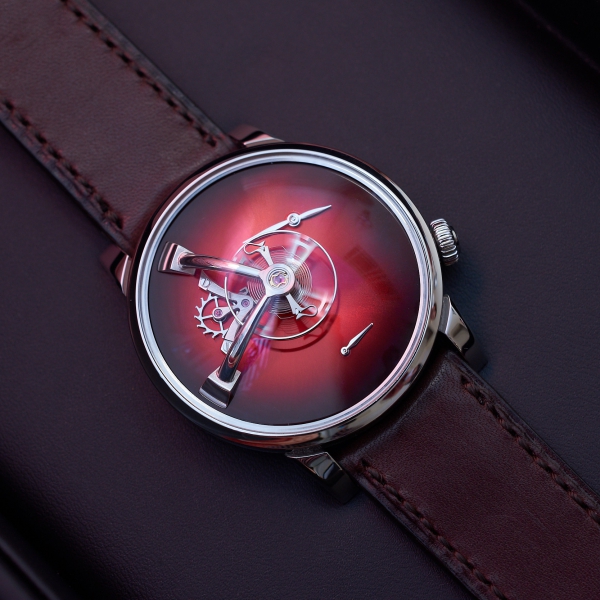 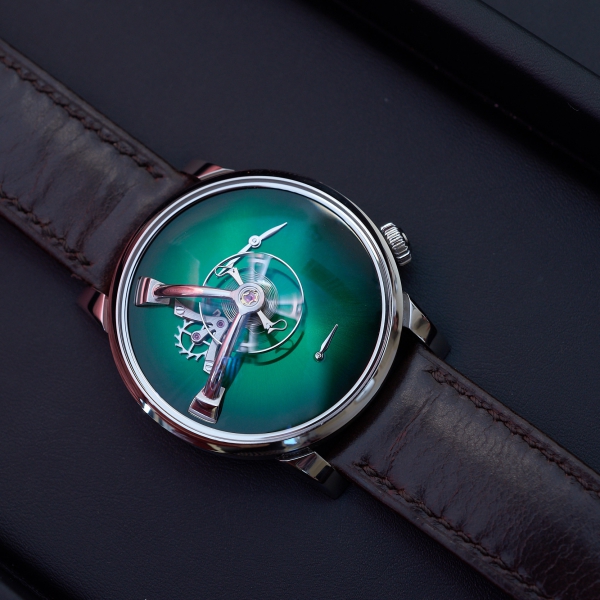 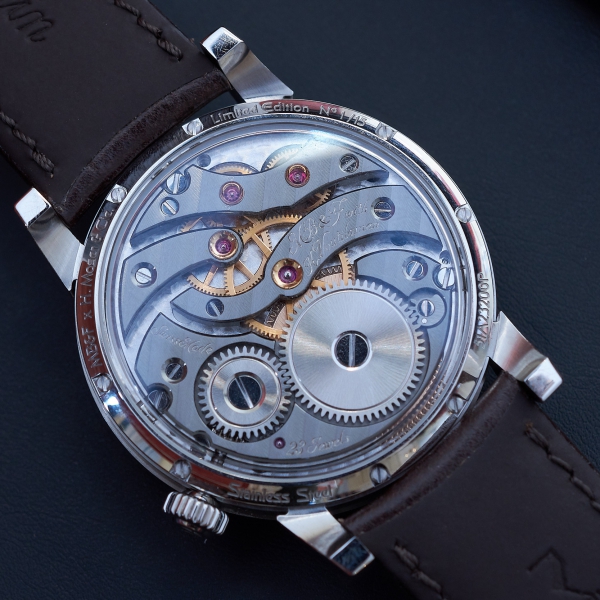 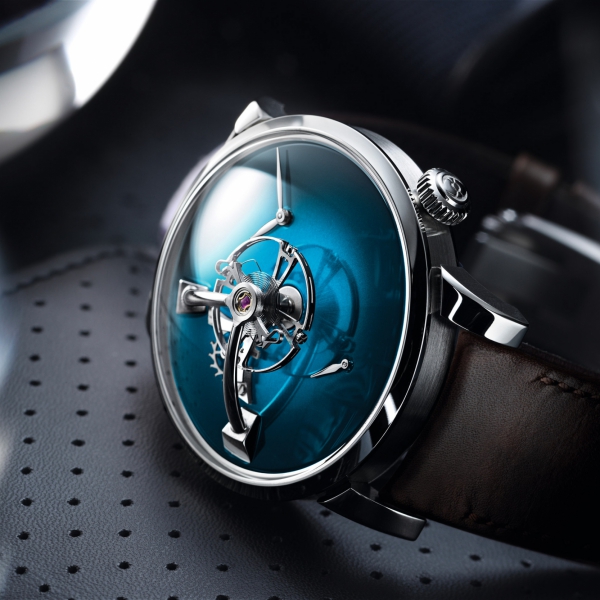 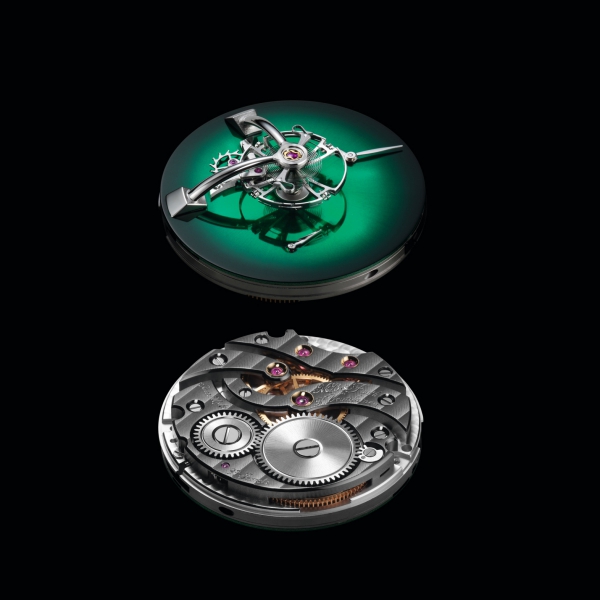 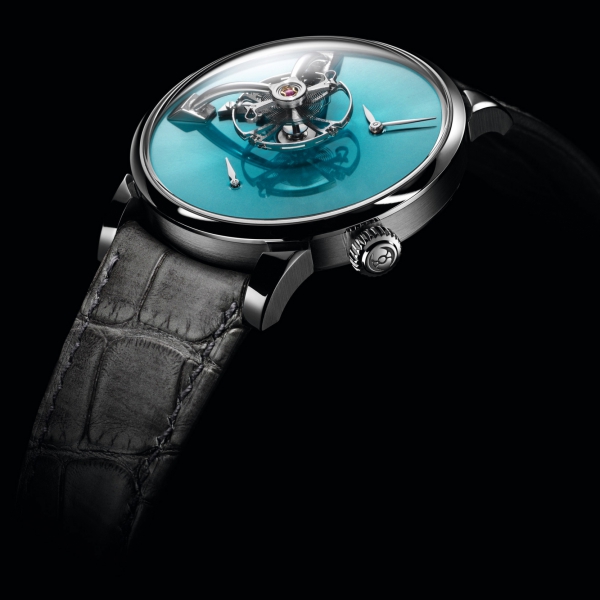 M.A.D.EDITION In June 2021 MB&F offered a special watch to its ‘Friends’, the M.A.D.1, under a different label, M.A.D.Edition. The appearance of the watch on social media stirred the water of the mechanical watchmaking.H. MOSER & CIE. × UNDEFEATED H. Moser & Cie. has kicked off the summer season with a bold and irreverent collaboration. The ‘very rare’ Manufacture has partnered with globally recognised sportswear brand UNDEFEATED to create a limited edition, the Streamliner Chronograph UNDEFEATED.H. Moser & Cie. Endeavour Small Seconds Total Eclipse x The… . Moser & Cie. has started 2022 in style - they just presented a limited edition timepiece in two versions, the Endeavour Small Seconds Total Eclipse with a Vantablack® dial and steel case either with steel or with 5N red gold details. The new launch was created in collaboration with The Armoury, a highly specialised menswear brand.