Panerai and the America’s Cup 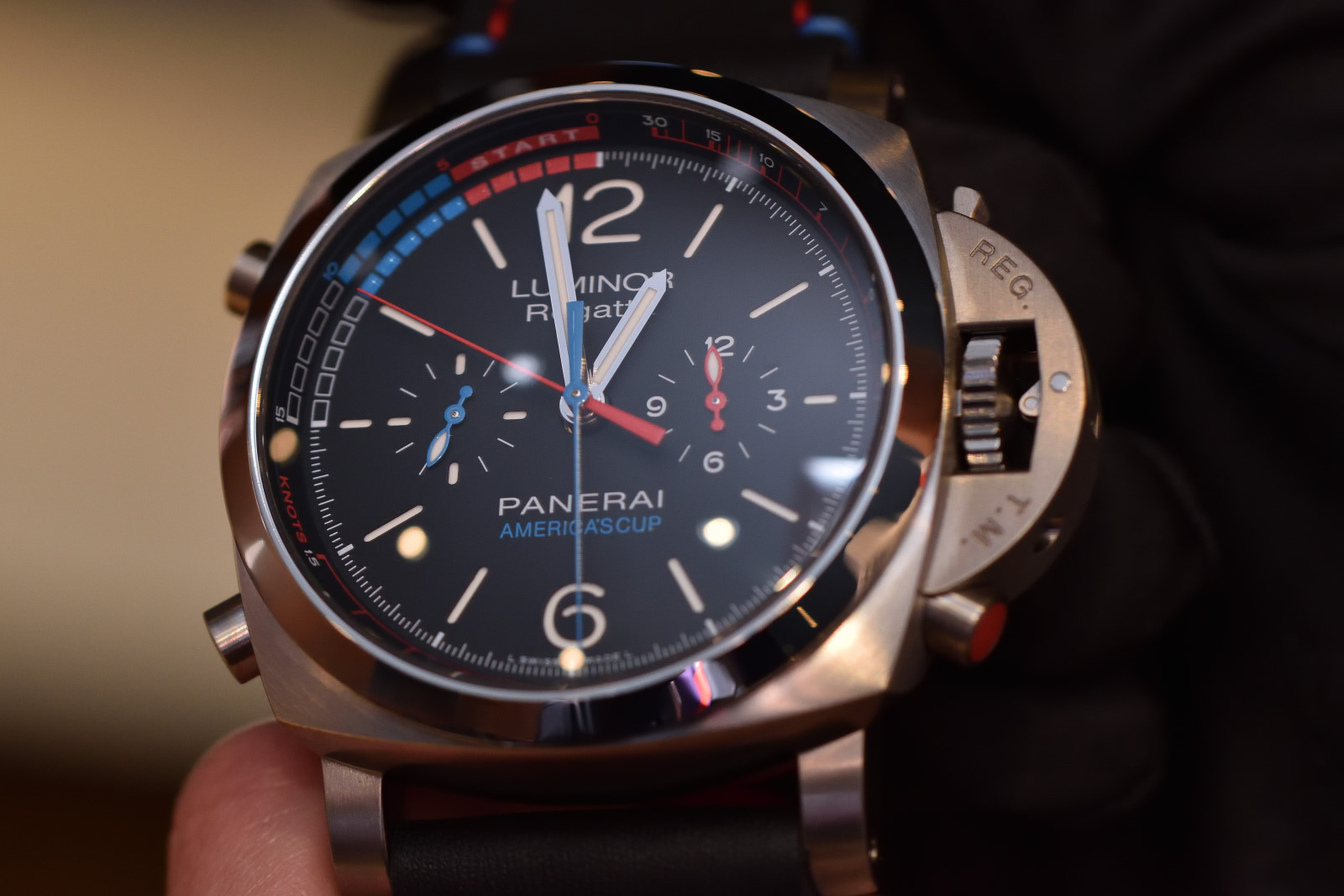 The America’s Cup has a more than 165 years of history but for the first time the teams, their respective yacht clubs and the organizer signed an agreement about the future of the race. It defines the racing yacht classes and the racing protocols for the 36th and 37th America’s Cup to be held in 2019 and 2021. It also sets controls on costs and provides a lower entry point for future racing teams.

This framework agreement provides stability and gives interested teams and sponsors an opportunity to plan on the longer term. Many well-known brands have been associated with the Cup, such as Louis Vuitton or BMW as global partners of the America’s Cup Event Authority (ACEA), the event organiser.

Throughout the years rules and boats have constantly changed – the 2017 edition will be fought in the Bermudas in 48ft boats. The cup holder is the Golden Gate Yacht Club (with its racing team the Oracle Team USA) and the challenger will be the winner of the Louis Vuitton America’s Cup World Series 2016, the Land Rover Ben Ainslie Racing (Land Rover BAR) team.

Born underwater with a passion for the sea, the support of Officine Panerai as the Official Watch Partner of the 35th America’s Cup is a rather genuine move. What’s more, the fine watchmaking company extended its contribution to the races in Bermuda by including the support of two competing teams – the defending champion Oracle Team USA and first-time challenger the Softbank Team Japan. For this purpose, Panerai presented limited edition timepieces at SIHH 2017.

The Luminor Marina 1950 America’s Cup 3 Days Automatic 44mm is a Special Edition of 300 units. It is made from AISI 316L stainless steel (this is an alloy with high resistance to corrosion). The characteristic Luminor design is gently spiced up with the colours of the America’s Cup on the dial and on the stitching.

The logo of the competition is heat-embossed on both sides of the strap and engraved on the caseback of the watch. Inside the Luminor Marina 1950 America’s Cup 3 Days Automatic works the P.9010 automatic movement. 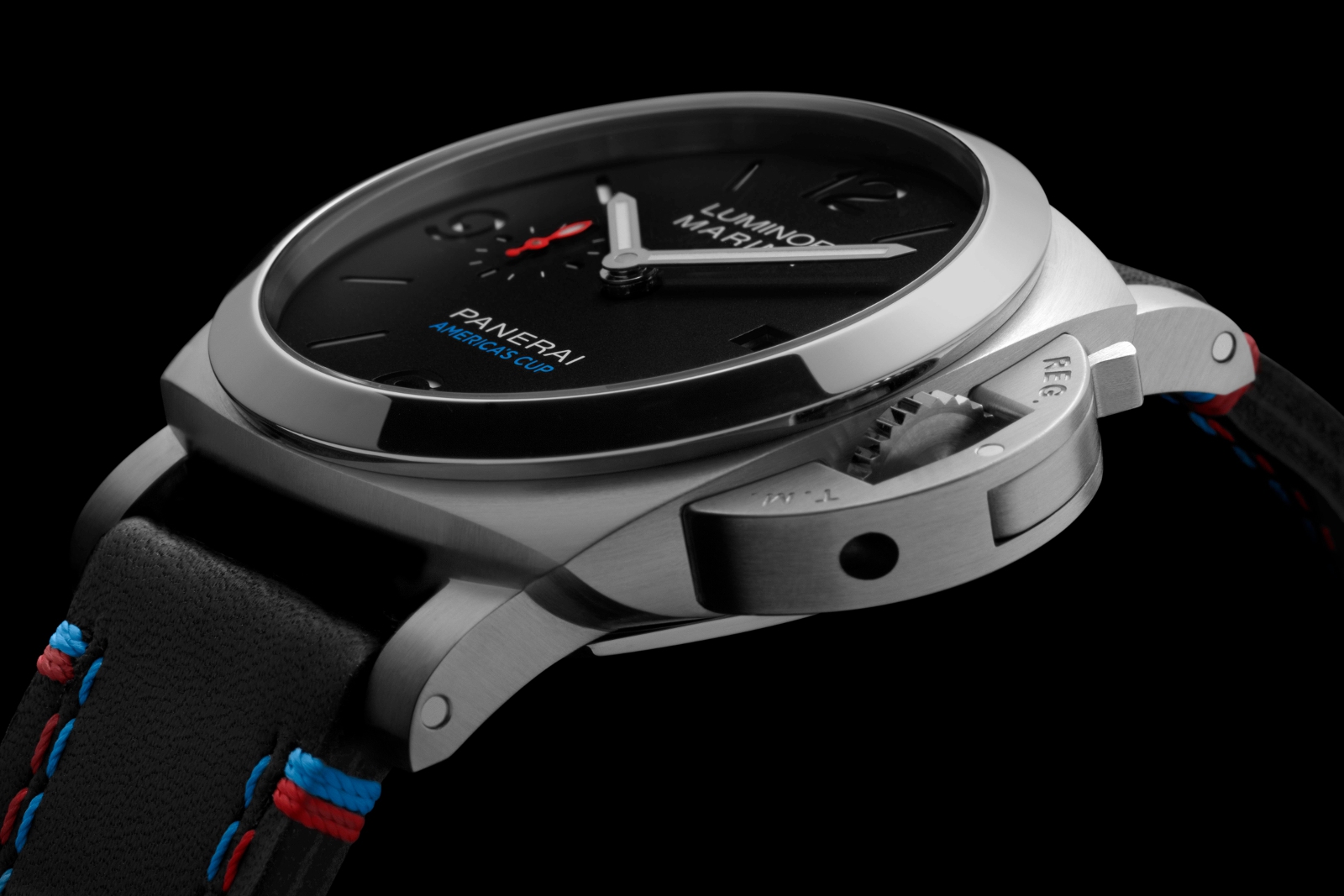 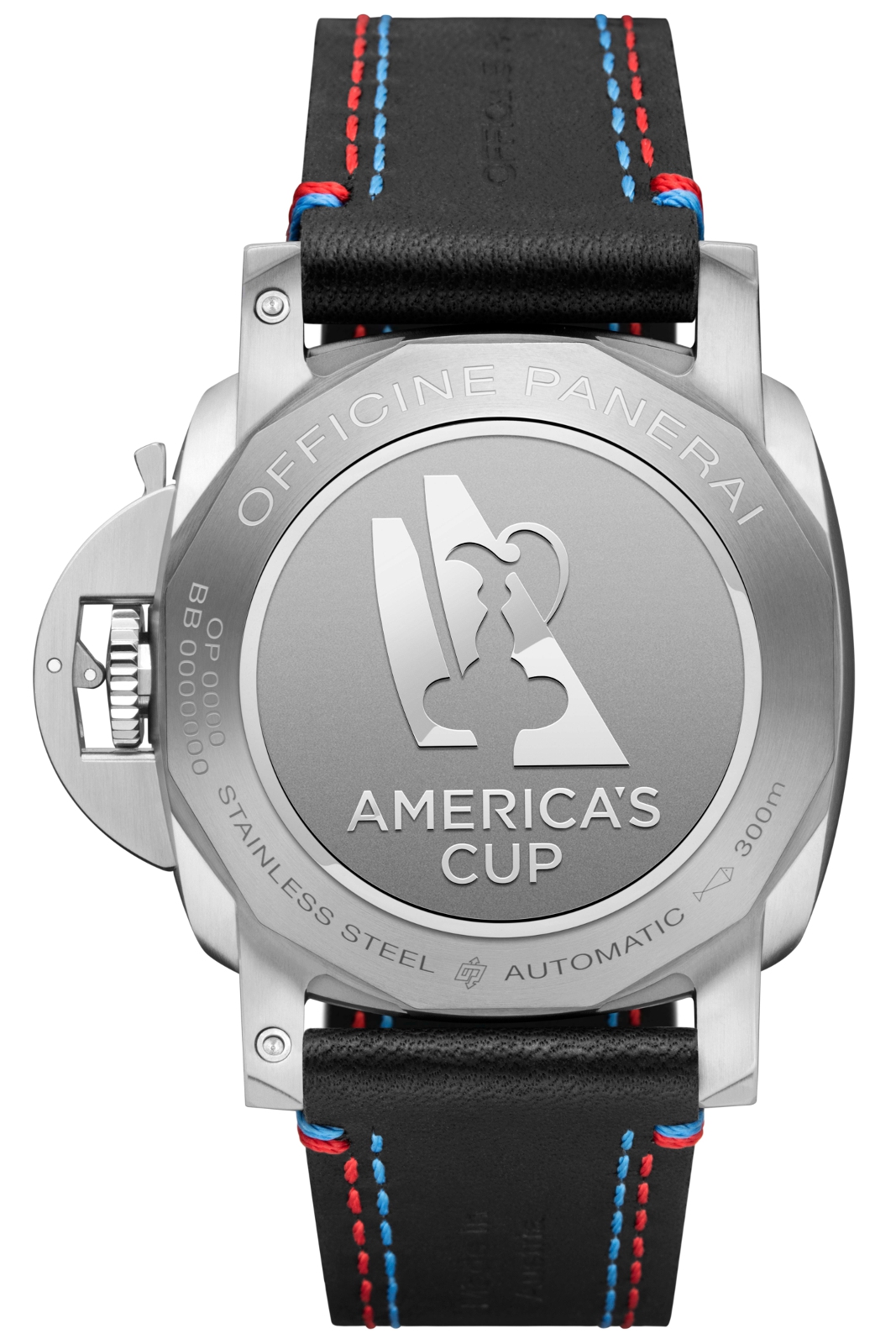 All three reflect the colours of the team, black, white, blue and red and the solid back is engraved in relief with the logo ORACLE TEAM USA. These watches are made for heavy duty use, with attention to practicality, durability and reliability. 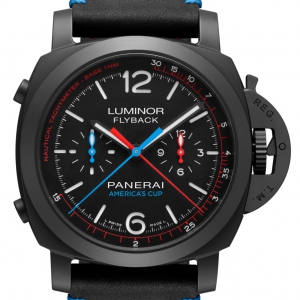 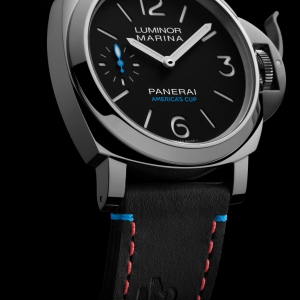 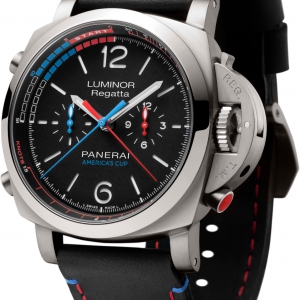 SoftBank Team Japan, supported by SoftBank Corp. and Kansai Yacht Club, is the Japanese Challenger for the 35th America’s Cup. The Japanese team is back to the race after 15 years. Dean Barker –a famous sailor from New Zealand – is the Team CEO and Skipper of the team.

The case of the AISI 316L stainless steel has the classic Panerai device which protects the winding crown from accidental shocks and helps to guarantee the water-resistance of the watch from 30 to about 300 meters. The black leather strap has contrasting stitching in red and white, the colours of the Japanese flag. The back of the watch carries the official logo of the team and a drawing of the yacht. 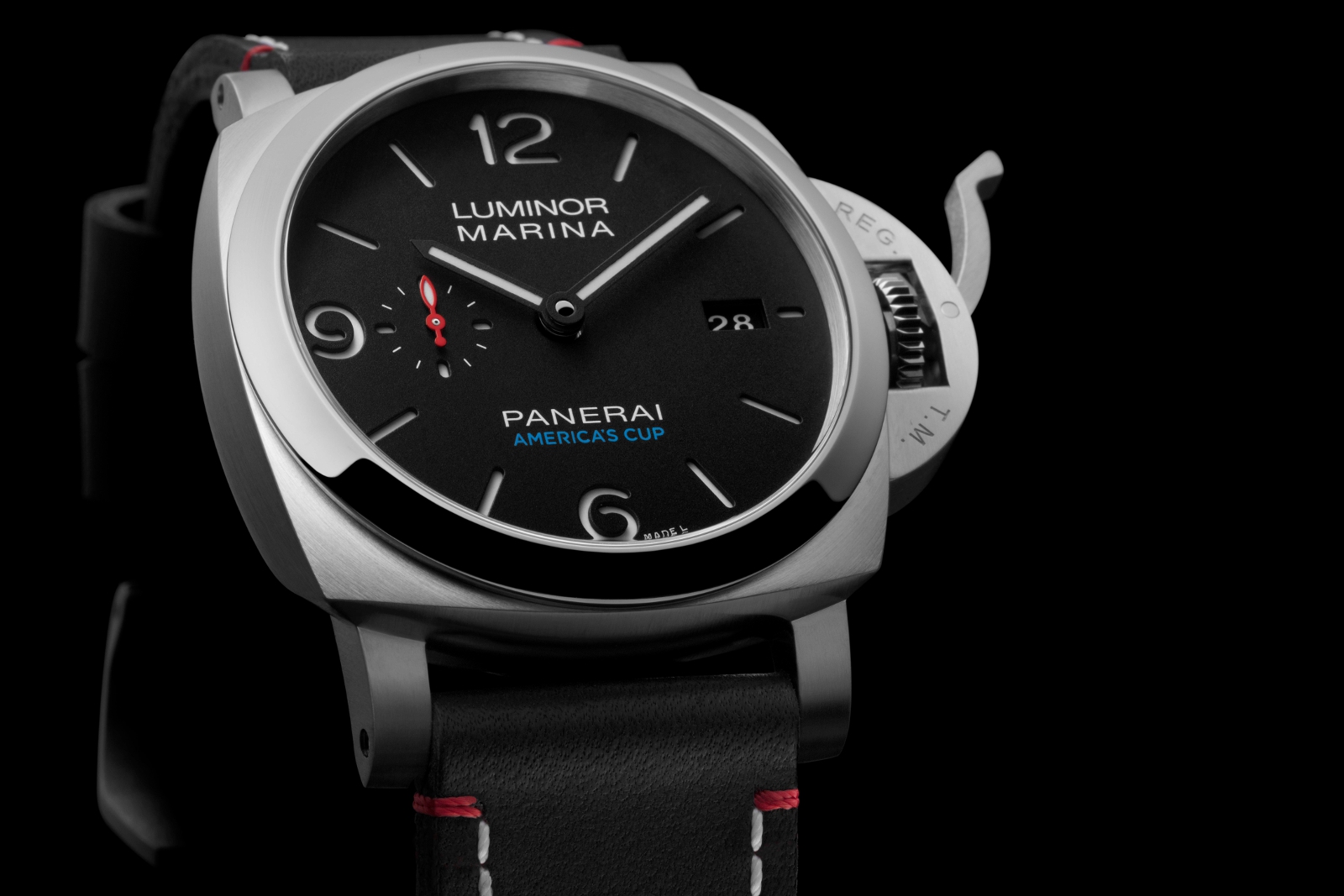 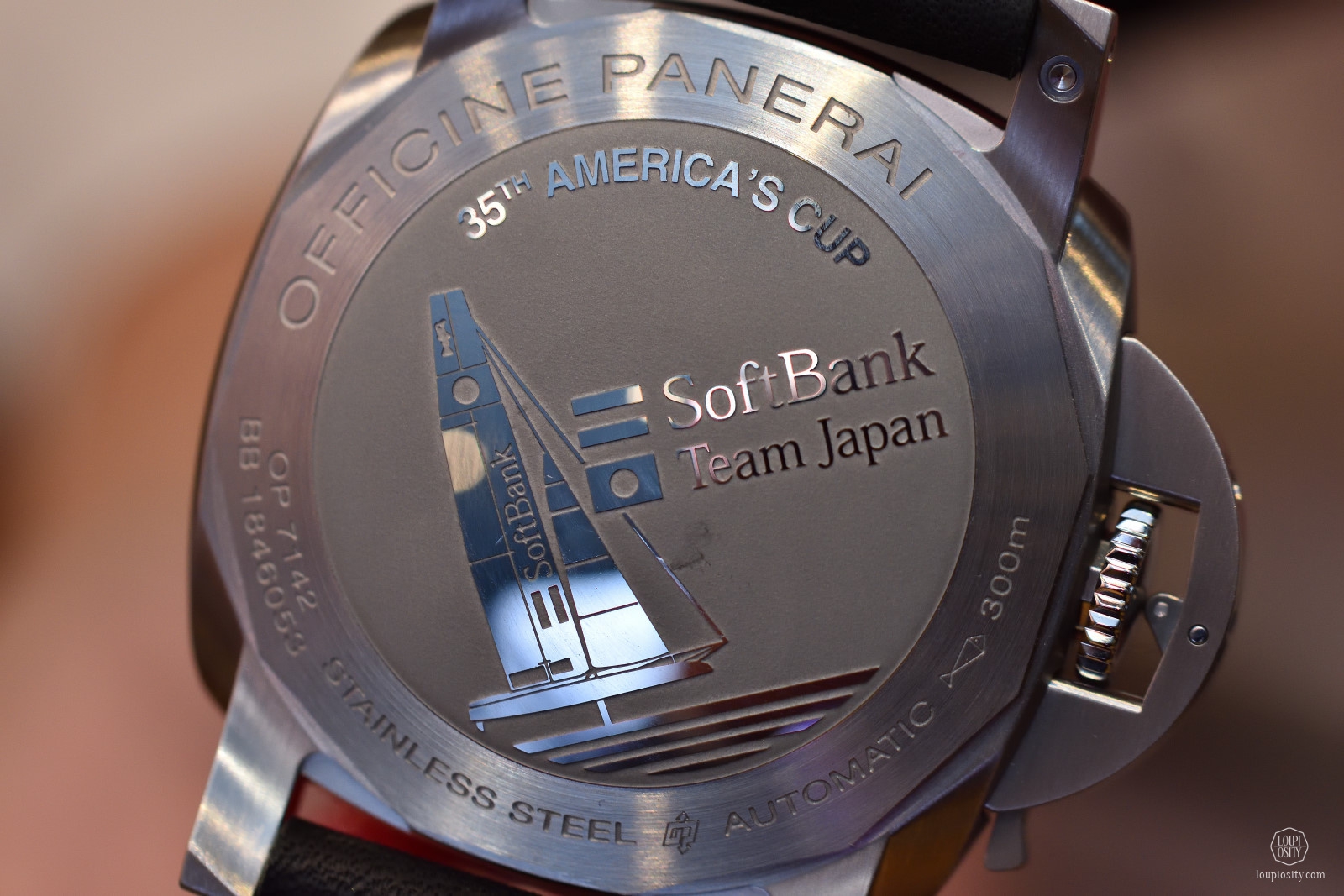 Officine Panerai novelties and experiences in 2019 Officine Panerai showed us remarkable new additions to the Submersible line at the SIHH 2019. The general editions were extended with special pieces, which come with unique experiences way beyond watchmaking.Maxi Yacht Rolex Cup 2018 The Maxi Yacht Rolex Cup 2018 will pitch some of the world’s most imposing yachts in close competition on the spectacular waters of the Costa Smeralda from 2 – 8 September.Rolex Fastnet Race & SailGP at Cowes Rolex has been involved in yachting for over 60 years. SailGP and Rolex Fastnet Race in Cowes is coming up in August, where the 2019 Yacht-Master 42 will be a common face to meet.