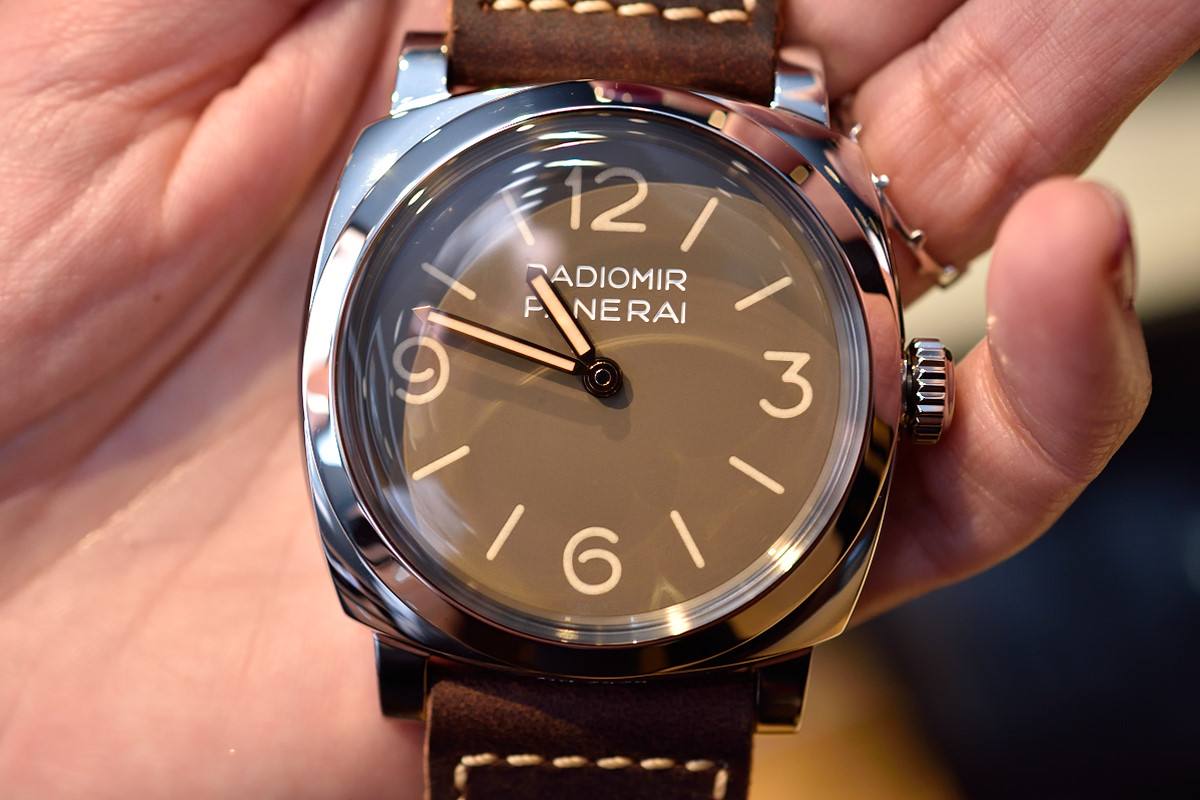 Italian history and heritage are extremely important to Officine Panerai. “Lo Scienziato” (the Scientist) debuted in 2010 as Panerai’s first skeletonised watch, to celebrate the 400-year anniversary of Galilei’s telescope.

Galileo Galilei was an astronomer, physicist, engineer and philosopher from Pisa, born in 1564. He was a genius of astronomy and worked in applied science and technology, inventing an improved military compass and other instruments. He also build his own version of the telescope and published his initial telescopic astronomical observations in March 1610.

In 2015 the brand introduced the Lo Scienziato Radiomir 1940 Tourbillon GMT in rose gold with the P.2005/S movement. The piece also has the GMT function with a central hand indicating a second time zone.

The look of this year’s Lo Scienziato is totally different; darker, more industrial, with a more macho face.

The Luminor 1950 Tourbillon GMT Titanio has the classic diameter of 47mm and it is made of titanium, the strong, highly resistant material which is 40% lighter than steel. The case is made by using the “Direct Metal Laser Sintering” technique. This means that the object was build layer by layer by means of a fibre optic laser using powdered titanium. This process results in an even lighter case and a close-to-perfection appearance.

The new watch houses a new version of the P.2005 movement, it is skeletonised and has titanium bridges and plates. The masculine image is completed with an anthracite alligator strap. This Special Edition is limited to only 150 timepieces. 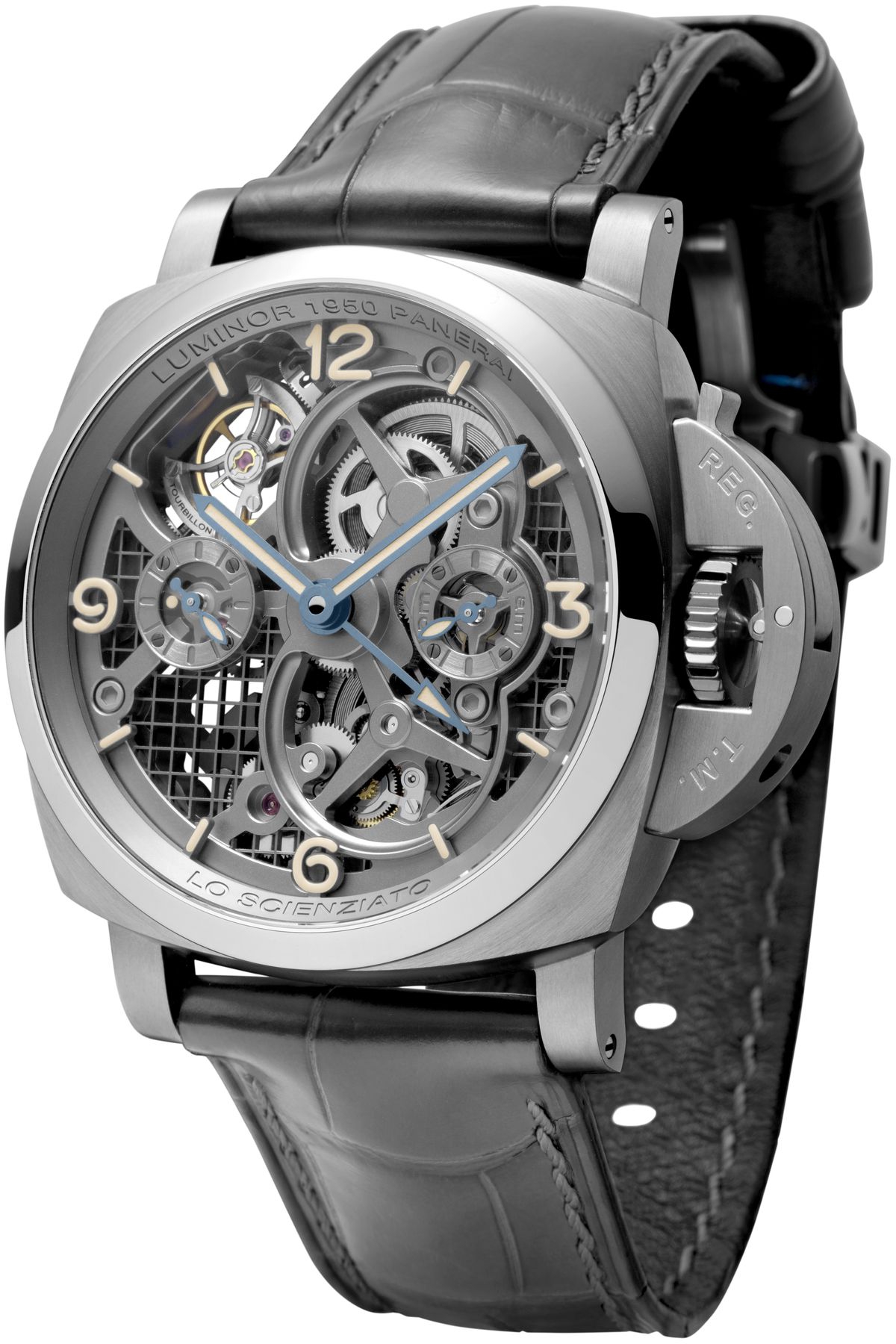 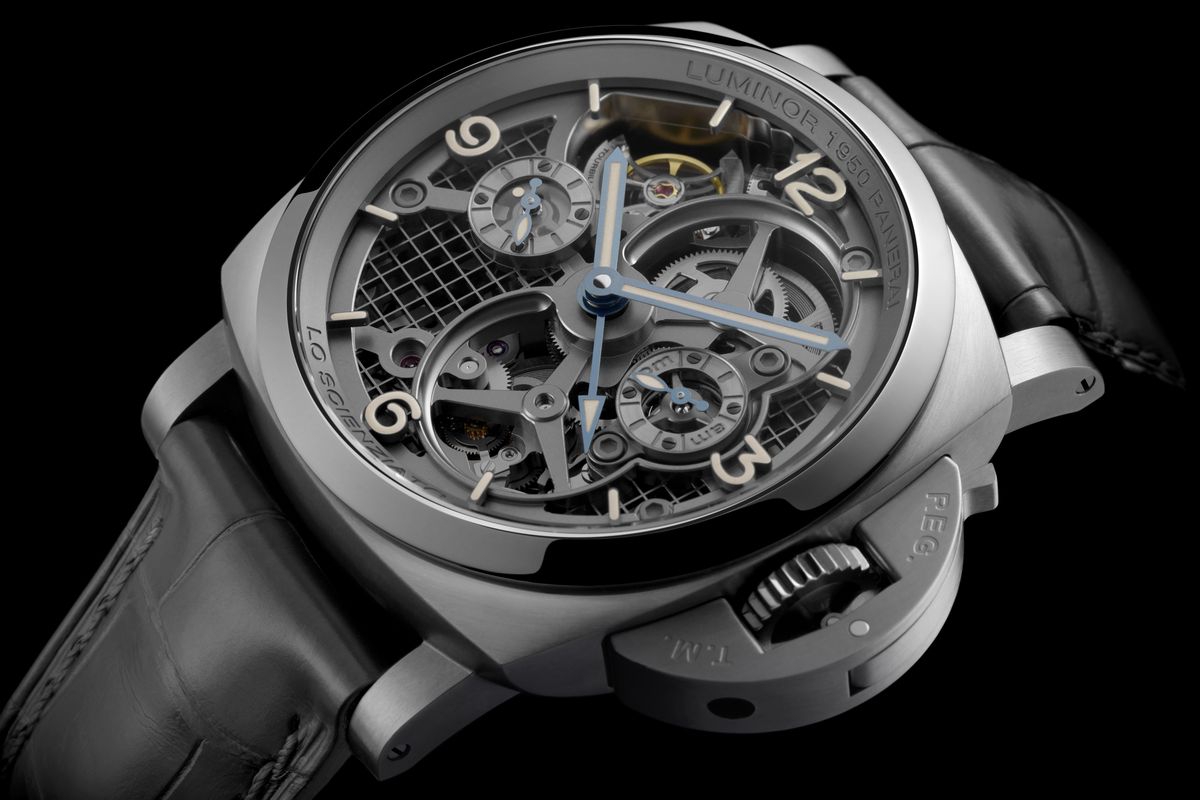 Panerai has a very special audience. Many of their customers are real fanatics, Paneristis. At SIHH 2016 the company presented a unique edition of 500 units: the Luminor 8 Days Set with two watches inspired by models from 1996, clearly dedicated to their collectors.

The manufacture started to open towards the civilian market in around 1993, when the first Officine Panerai collections were created in limited editions: the Luminor, the Luminor Marina and the Mare Nostrum. Until 1997 – the year in which Panerai was acquired by Vendôme, part of the Richemont Group – these years were labelled the pre-Vendôme era.

In this era the company made a new small line for Sylvester Stallone, including for example a Panerai Sly Tech model (Pre-Vendôme Luminor Panerai Daylight Reference 5218-203A) which the actor gave to his “co-action hero” Arnold Schwarzenegger as a gift. (Sly was wearing a Panerai in his movie “Daylight”, “Rambo” or lately in “The Expendables”). In the new box the timepieces are inspired by models originally created for the American actor.

The 44mm stainless steel Luminor Daylight 8 Days is a reproduction of a very rare model from 1996, with a white dial and strong blue hands and indexes and luminous dots. The Luminor Black Seal Left-Handed 8 Days is 44mm in diameter and it is made of stainless steel coated with DLC. The two watches come in a special box inspired by those used for vintage Luminor watches, made of pear wood with a teak base. 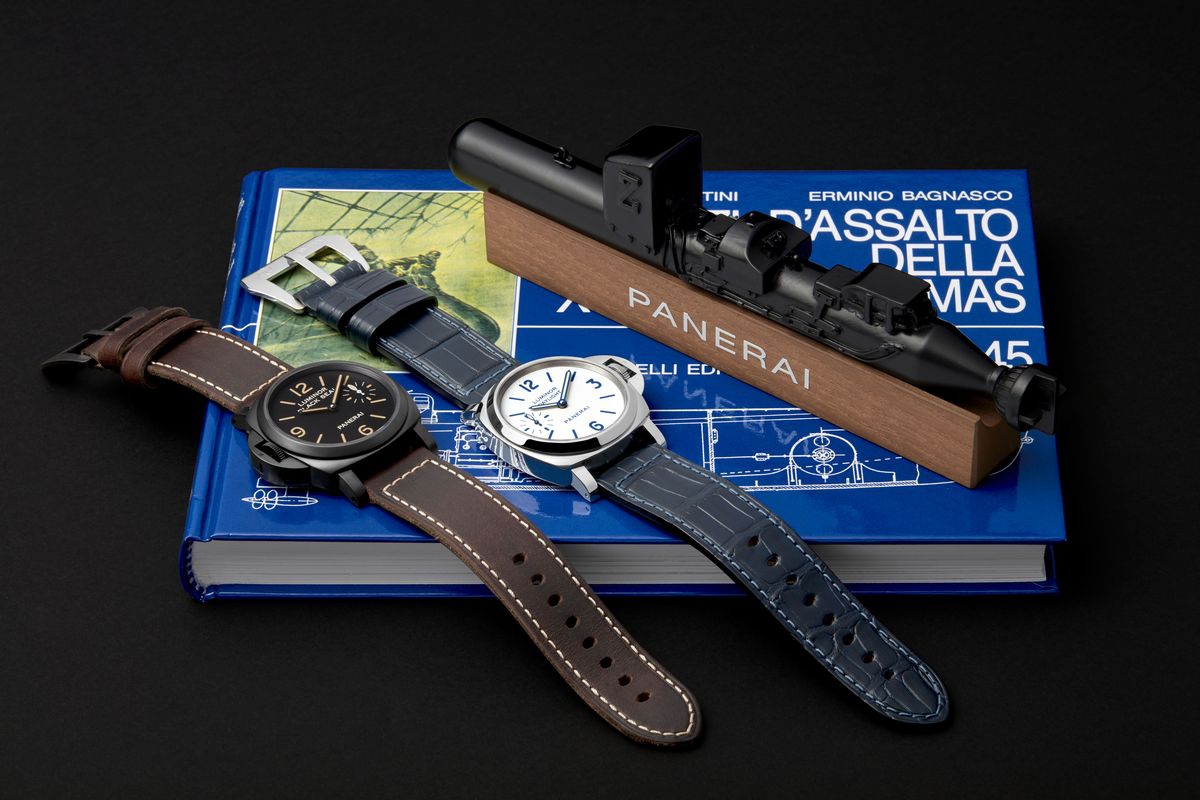 Four new models appeared in the Radiomir 1940 Collection, among others the 45mm Radiomir 1940 3 Days GMT Power Reserve Automatic with the automatic mechanical, P.4002 calibre. The dial has a cool black Paris hobnail decoration, luminous Arabic numerals and hour markers, with the date at 3 o’clock, seconds and 24h indicator at 9 o’clock, power reserve at 5 o’clock.

The least robust piece from this selection is the new Radiomir 1940 3 Days Automatic with a cushion case, in AISI 316L stainless steel, it is 42mm in diameter and only 10.93mm thick.

The watch is powered by the automatic P.4000 movement, entirely made in the Officine Panerai Manufacture in Neuchâtel. The off-centred oscillating weight (made of tungsten – also known as wolfram – a hard, rare and robust metal), is set within the movement and thus making it possible for the calibre to be only 3.95mm thick. The rotor oscillates in both directions and it is connected to the two spring barrels in a series which store a power reserve of up to three days. 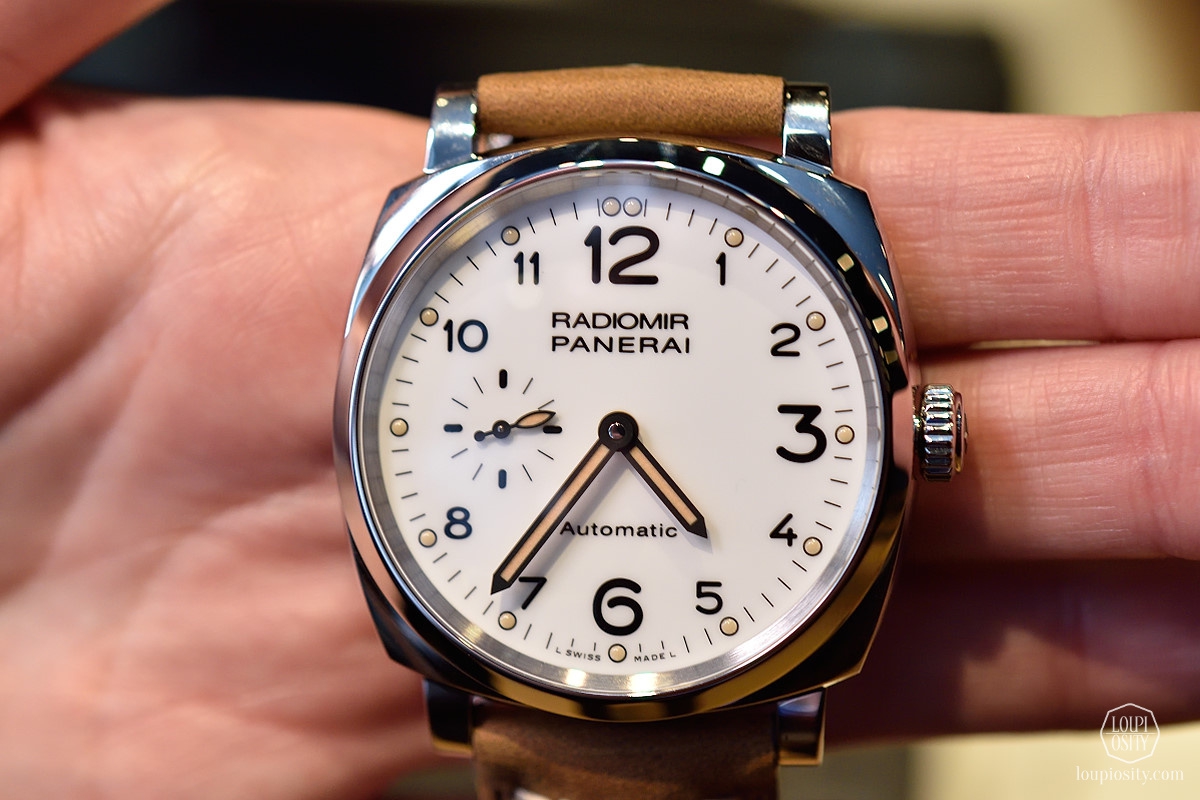 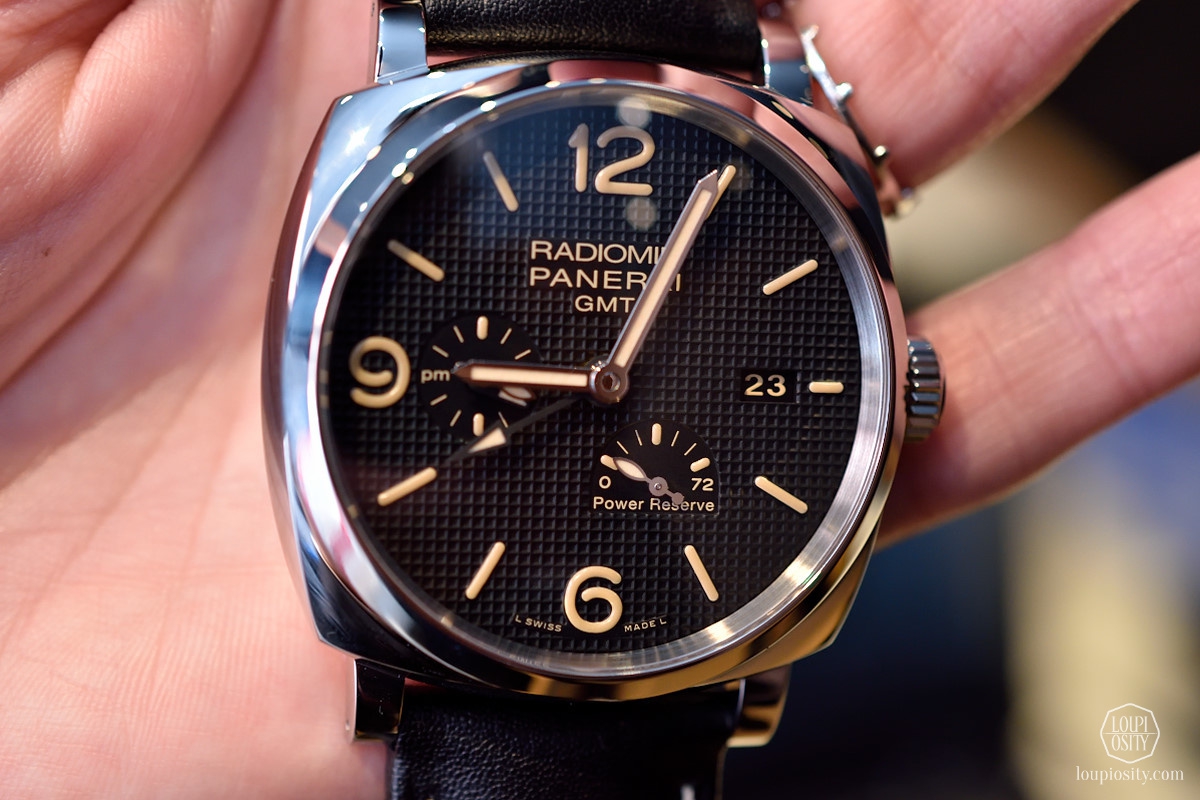 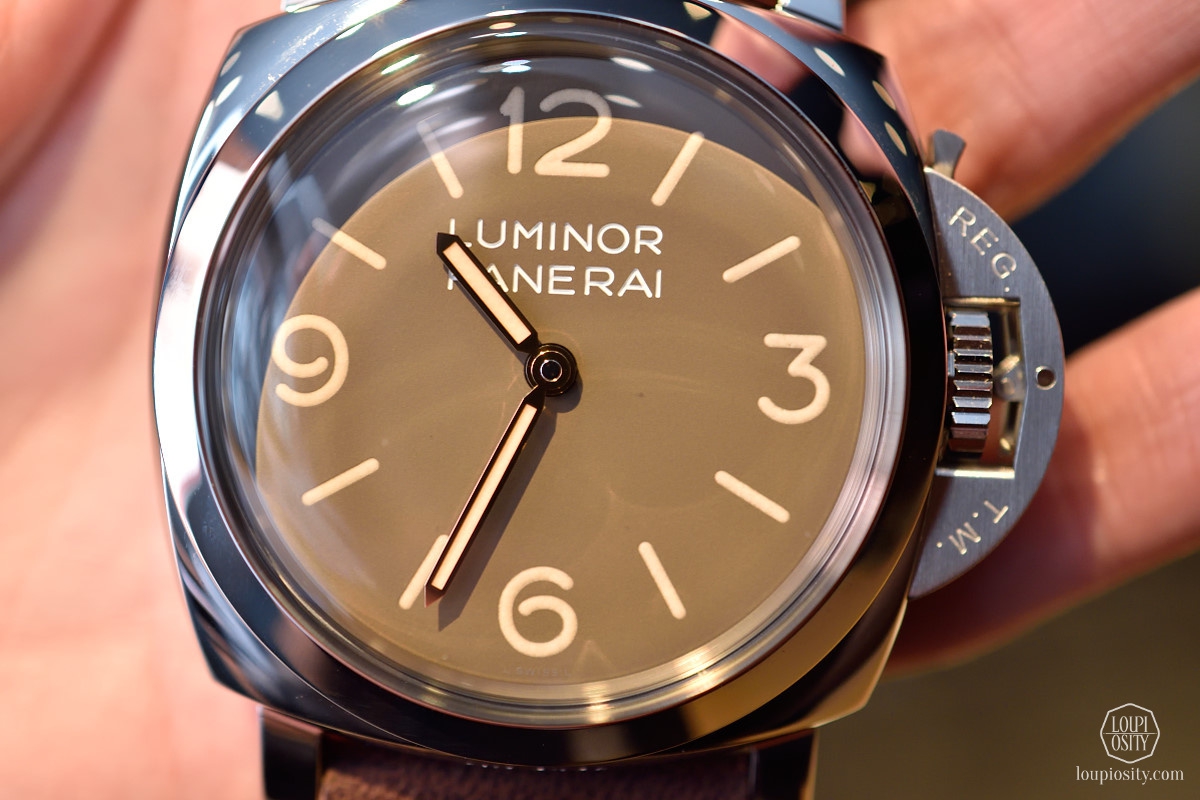 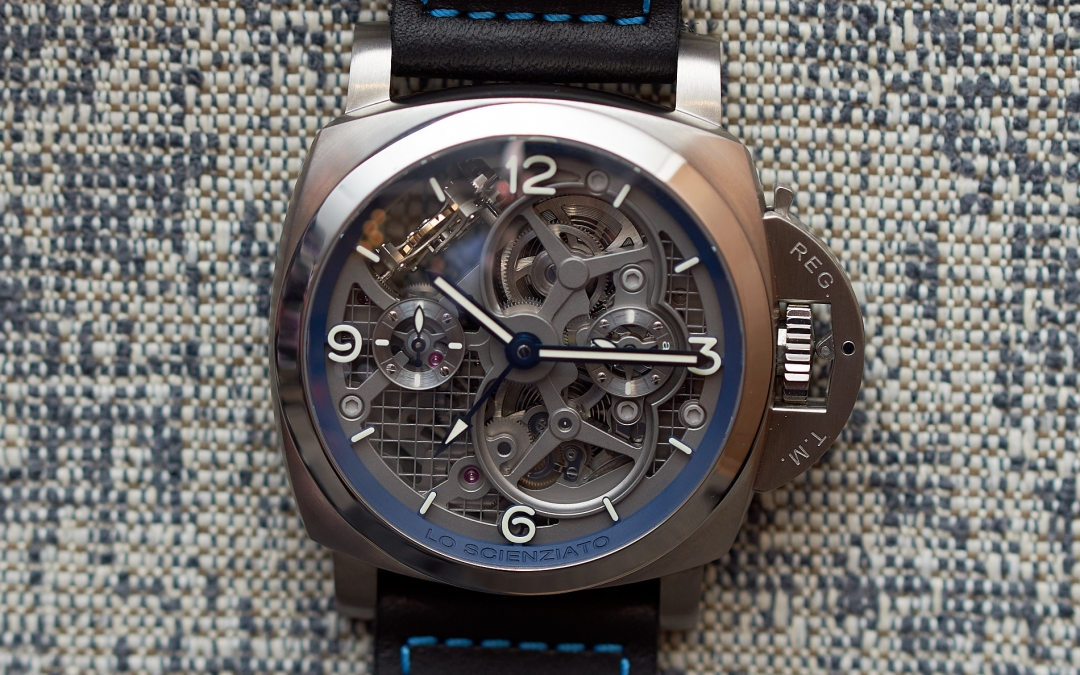 Panerai at SIHH 2018 Officine Panerai continues to broaden their customer base with the new 38mm Luminor Due and they released the unlimited Panerai Lo Scienziato, the case of which was 3D printed from titanium powder. 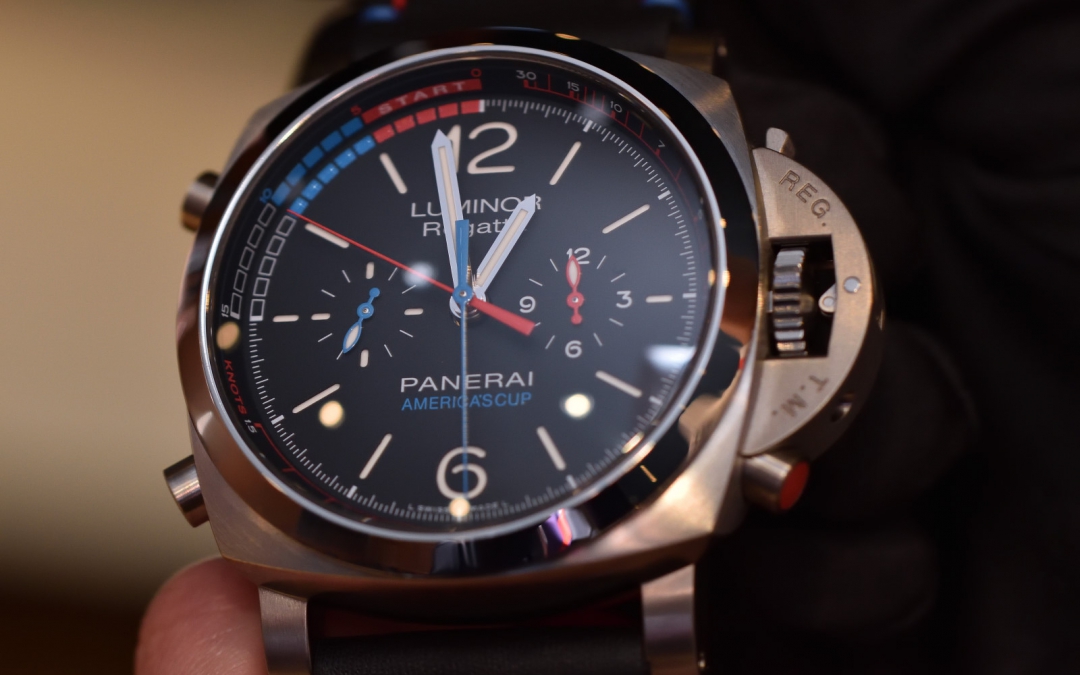 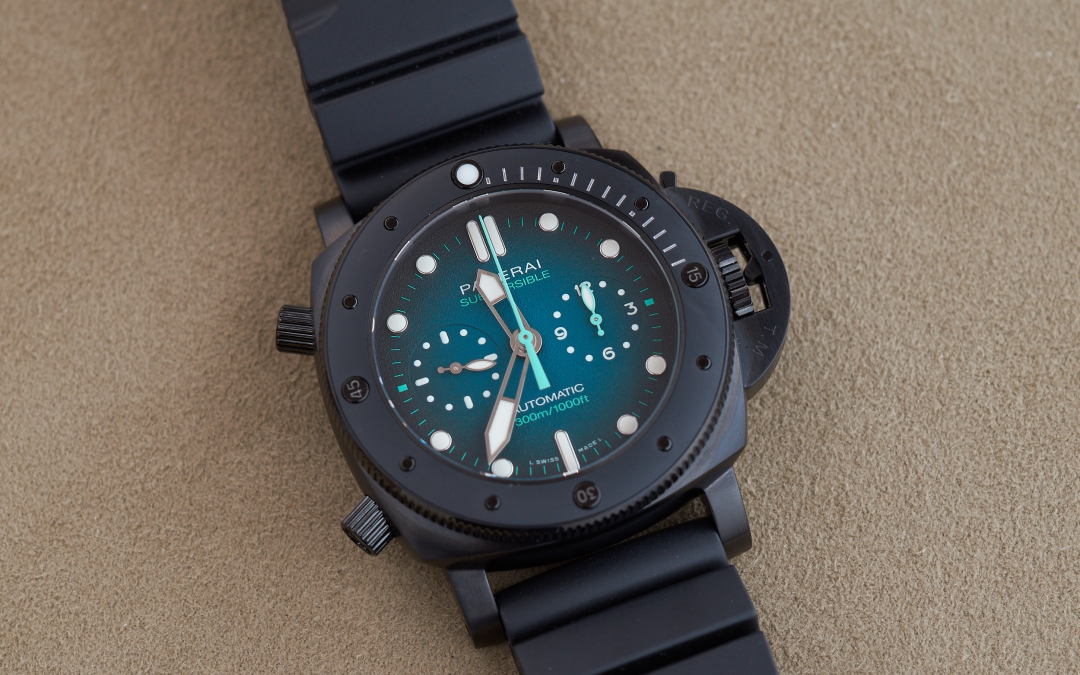 Officine Panerai novelties and experiences in 2019 Officine Panerai showed us remarkable new additions to the Submersible line at the SIHH 2019. The general editions were extended with special pieces, which come with unique experiences way beyond watchmaking.