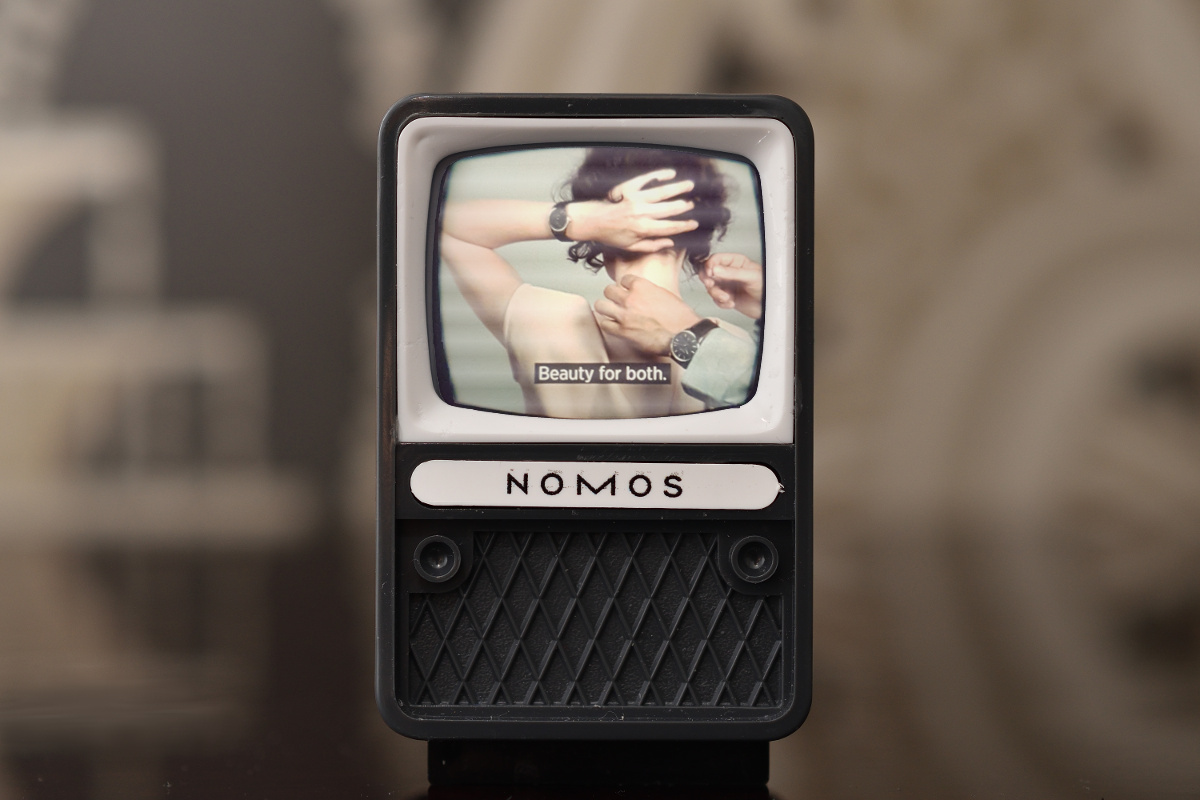 This time of the year life gets extremely busy in Lapland. Santa and the elves are on fire in the middle of the Christmas procurement, sorting out presents and doing the logistics. While running through the wish-lists they must have noticed an ever growing number of “NOMOS nachtblau neomatik” items recently. After a few phone calls – and here we are in Munich investigating the secret of the new entry for the puzzled joy-makers.

Munichtime, the annual German exhibition of leading watch brands is the gathering we visited, hosted in the famed Hotel Bayerischer Hof. Having discovered models that look extremely good on women’s wrist, I finally found the creator of the piece in question, NOMOS Glashütte. Last time we met was at Baselworld, when we were shown (the duck and) the Tetra neomatik, which both lit the flame in the heart. In Munich, Ute put the nachtblau coloured neomatiks in front of me – Santa, you will get even more requests for this, I’m sure!

The blue is not a new colour for NOMOS, they have been using various shades in a number of models on dials, hands and indexes. Atlantikblau appears on the Ahoi of which the white silver dial version plays with a light blue hand. The bright blue of the Tetra Nachtijall (nightingale) sings from the “golden hours and the buzz of last night”. ☺ Members of the Gold collection also made friends with blue – Lambda Tiefblau got bold, while Lux Weißgold is soft and sophisticated. 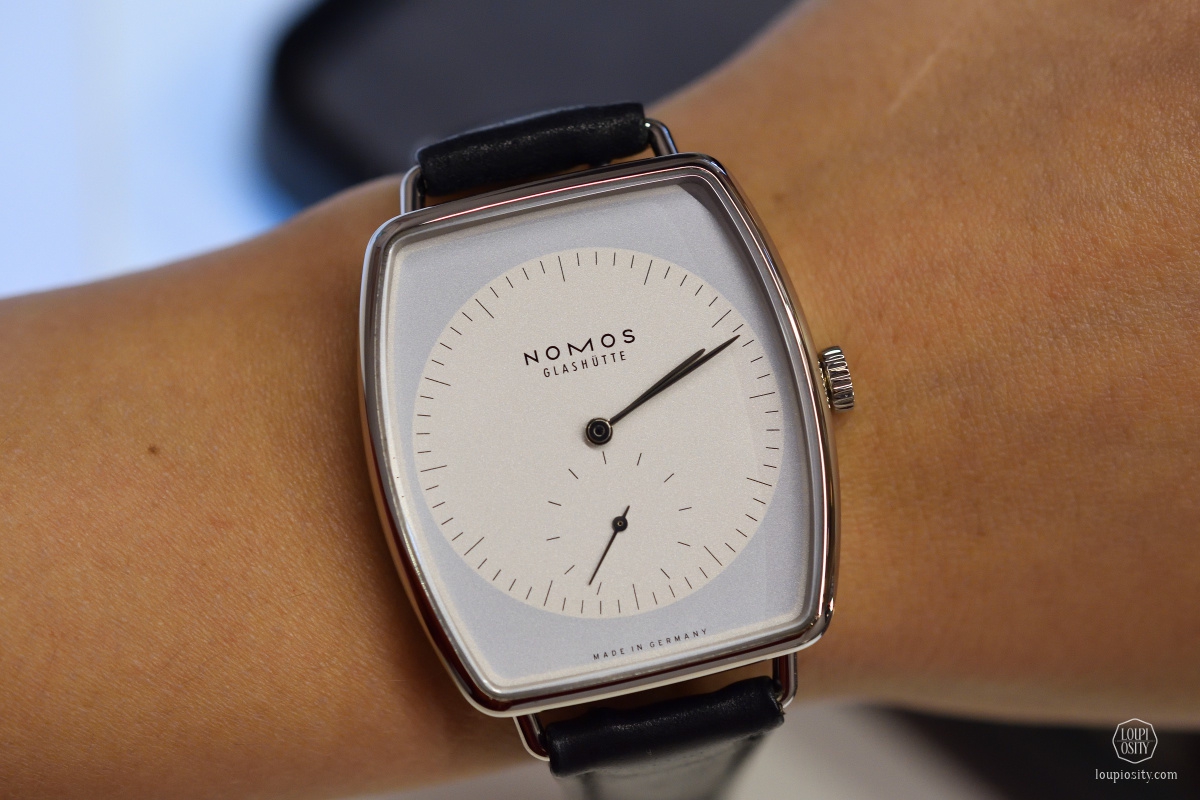 The new shade mixed in the village of Glashütte is called Nachtblau and is somewhere in between the Tiefblau and the one on the Nachijall. It paints four different models; all operated by the same DUW 3001 automatic calibre, introduced at Baselworld 2015. The movement is the 10th calibre of the already 26 year-old company – with time they just get younger, right? The DUW 3001 is quite a remarkable engine, which was designed to unite key characteristics of success: very thin, effective, serviceable, mass-producible with parts almost entirely made in-house – and this all comes together at an astonishing price point (all these models are in the EUR 2-3,000 price range).

Because they are so fresh and irresistibly handsome, various versions of the four models have already won a number of design awards. Just to name a few: the Minimatik became the “Best of the Best” this July at the Red Dot Design Award and was just now announced to have won the German Design Award 2017. The Metro won both in 2015. The Tangente is the eldest at the table being born in the last century and has swept heaps of awards since. Tetra, which does not follow the circular case shape of the previous models, was this year’s Munichtime award winner in the “Up to EUR 4,000” category. 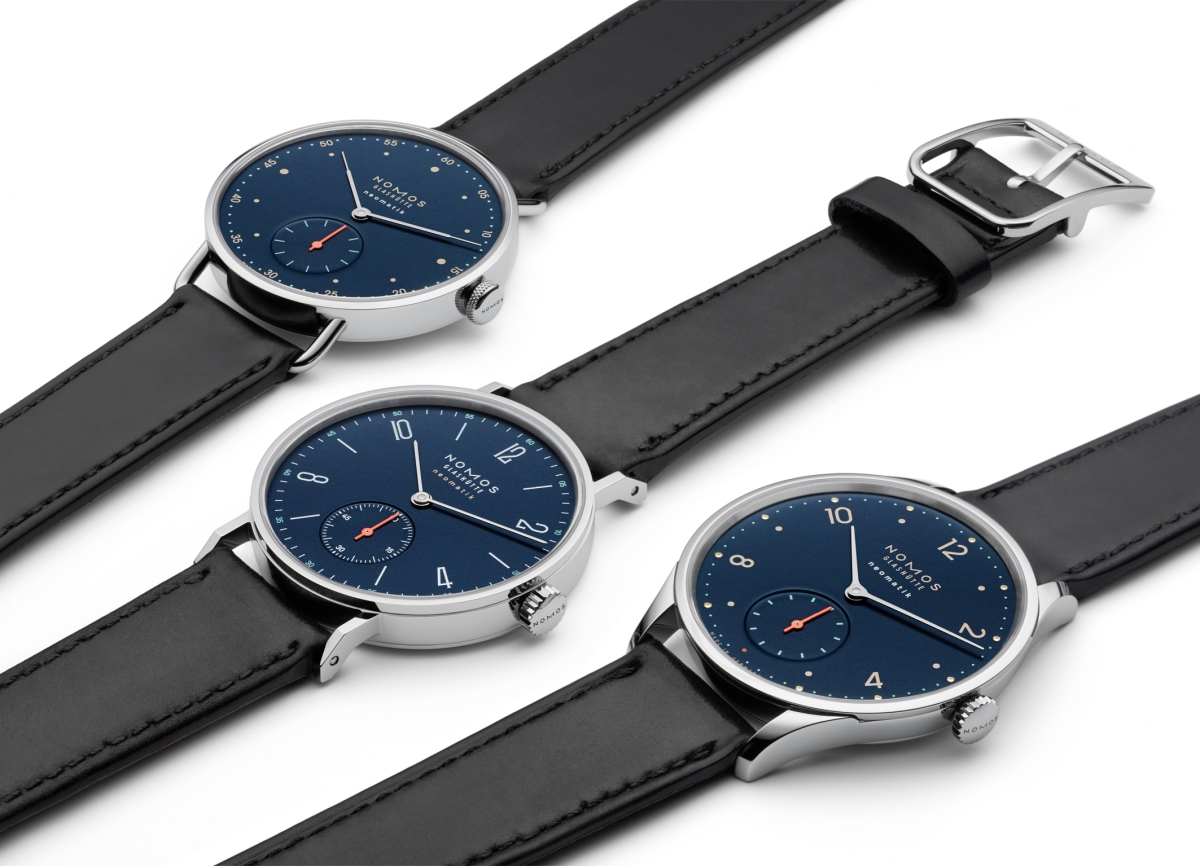 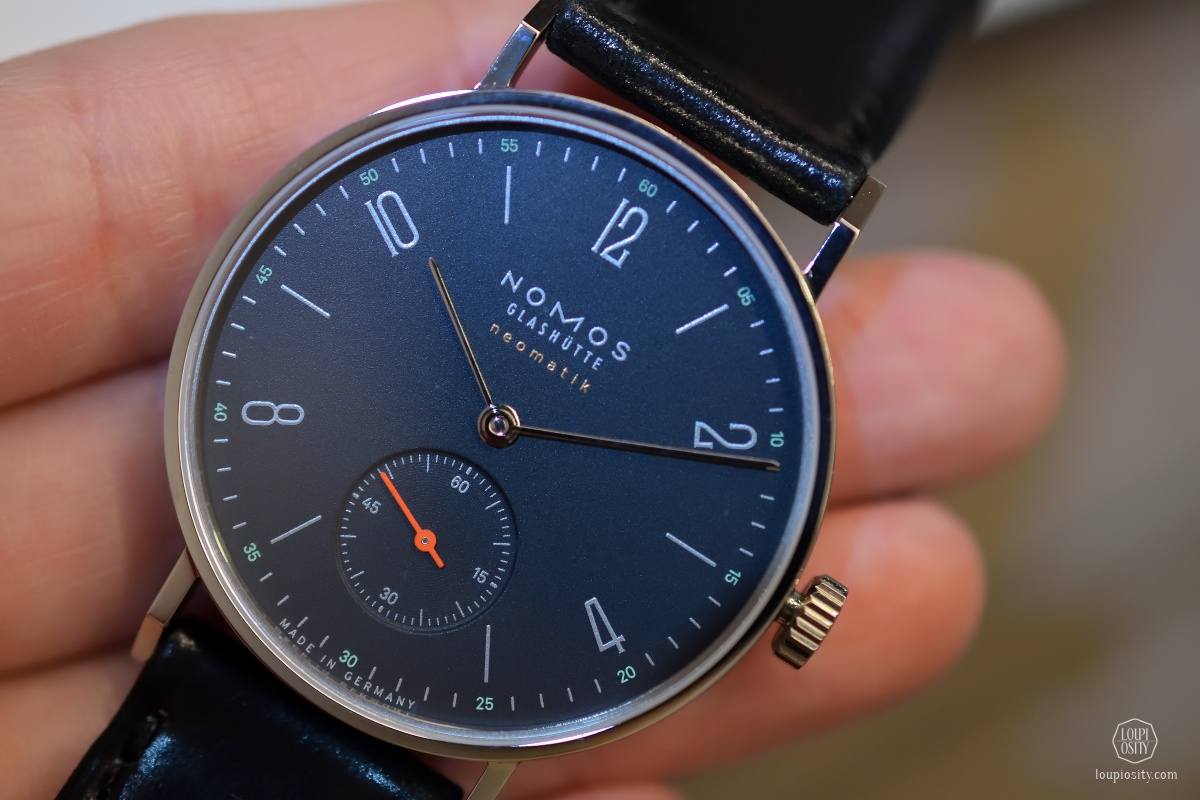 All of them feel extremely comfortable mainly because of the thinness, which ranges between 6.9mm and 8.86mm. The case diameters vary between 35-38mm, except for the Tetra, which has a diagonal 46mm (sides are 33mm x 33mm), yet it still wears surprisingly nicely.

The new colour is described by NOMOS as an even more masculine choice, yet I think a number of ladies’ names will be on Santa’s present list, too. And by the way, good news Santa: NOMOS extended the return exchange dates this Christmas. Risk of delivering unwanted presents – thus eliminated. 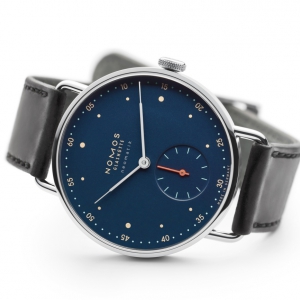 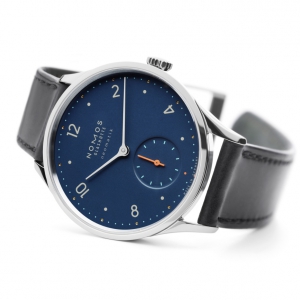 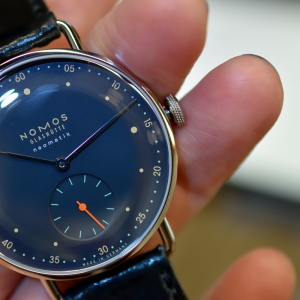 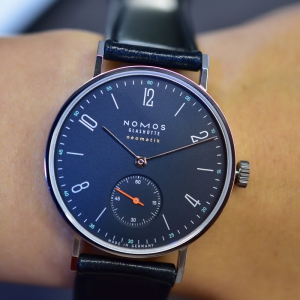 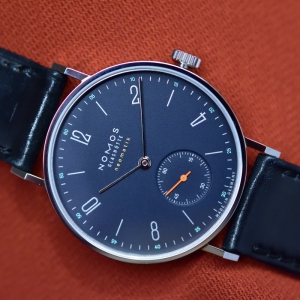 NOMOS Glashütte Tangente neomatik platinum gray NOMOS Glashütte just released the Tangente neomatik platinum gray, available in diameters of 35 and 39 millimeters – an elegant new addition to the most successful watch line by the German brand.Equal Pay Day at Nomos Glashütte This March sees the International Women’s Day and the Equal Pay Day in Germany—both serve as reminders that discrimination still exists. Approaching these, NOMOS Glashütte invites all to improve gender equality by setting an example themselves.Engraved Gems at L’École, School of Jewelry Arts This June we are finally back to Paris - first of all to participate in the Révélations 2022 but of course there is always so much to discover there. Among other exciting events, we visited the Engraved Gems exhibition at L’École, School of Jewelry Arts just around the corner from Place Vendôme.