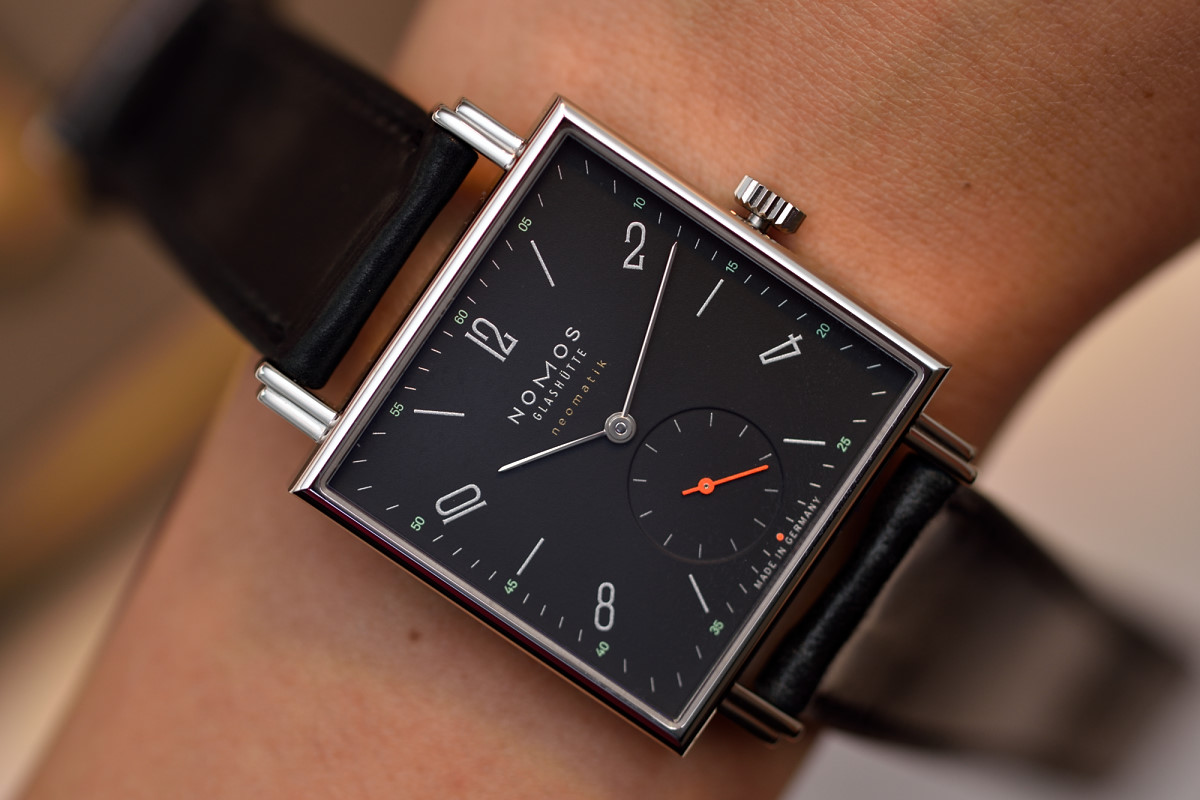 Having spent some time in Berlin as an intern, I am not surprised that one of the most creative comets on the skies of fine watchmaking is from the streets that tickle the Spree. Even the river meanders slowly one curve left, two to the right like it never wants to leave the city that she feels so in love with. History left a unique architecture with bold contrasts of classical and modern and a fantastically colourful population behind. People I used to hang out with were in constant discovery of culture and had a firm desire for self-expression – creating a deeply inspiring medium to breath in. No wonder Berlin has become such an intense creative hub during the past decades, which produces new forms, styles, tastes, products, business models and trends, that it deserved the title “City of Design” from UNESCO in 2005.

So given the fertile soil of the Spree, it is quite the place where you want to mix traditional watchmaking with the creative freedom, isn’t it? No pressure of heavy heritage, not wanting to be someone you are not, but to realize ingenious, well-engineered, beautiful and recognizable timepieces that move people. This was the idea of Roland Schwertner and his partners, who designed a bi-polar model for their independent watch company: let the mechanism conceive where the air is filled with watch oil since 1845, Glashütte, but drop the design and communication team right in the centre of the creative scene: Berlin. And give them space to elevate.

The end result … well, look at this!  Genius.

NOMOS Glashütte is undoubtedly successful and while a few years ago many would have hesitated to consider them among the finest watchmaking companies, today they have 10 in-house developed and manufactured calibres. What’s more, they even make the escapement themselves, which is quite a feat. The NOMOS Swing System, which costed 10+ million EUR to develop, first swung in the Nomos Metro in 2014. What this meant for them was independence from Swatch Group’s dominancy. What it does for consumers: a great selection of interesting, individualistic, precise and affordable mechanical timepieces. This is rather good for the mechanical watch market in general, given that it plants emotions in a wider, previously untouched audience towards lovable mechanical objects, which can only be sold on the wings of emotions. And on these wings NOMOS grew about 30% last year on a slowing market.

NOMOS Glashütte introduced the DUW 3001 automatic movement last year as the 10th calibre, which is a mere 3.2 mm thin. The entire gear train is on the same level in a 1mm thick space between the main plate and the three-quarter plate. The movement is not only thin, but has a very efficient gear train with a 94.2% index (in comparison to most calibres with an efficiency of around 80%). It also received the “double-click wheel”, which prevents the rotor from turning when the mainspring is fully wound. The unit incorporates the NOMOS Swing System and from 2016 onwards it is placed in all timepieces of the Neomatik collection. 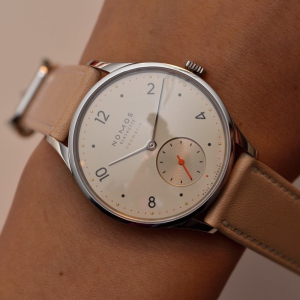 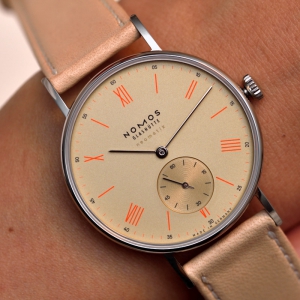 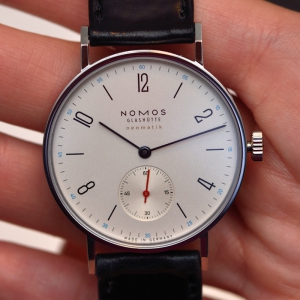 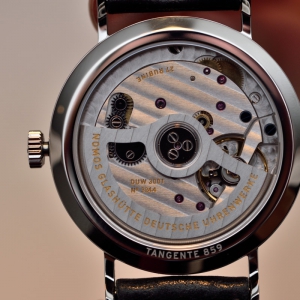 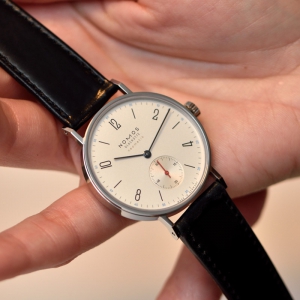 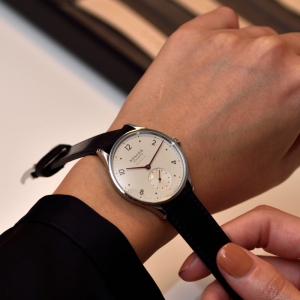 The Neomatik includes round-case models, such as the Tangente, Minimatik, Orion, Metro and Ludwig in two colour combinations: each has a champagne gold – neon orange and a white silver plated – cyan blue version. From this year onwards the line also includes the Tetra neomatik, which is a refreshed automatic version of the rectangular Tetra hand-would timepieces the firm has already had in its portfolio. The case is 33mm x 33mm, and thus the company positions it more of a masculine model, but I would still say that this damn fits ladies with healthy self-esteem. The elongated numbers optically pull out the edges even further, which together with the incredible thinness of the case, give the impression like the watch was bound onto the wrist. This too has two colour versions: Tetra neomatic, being white silver-plated with cyan blue print, and Tetra neomatic tiefblau, which is a lacquered deep blue with green print. 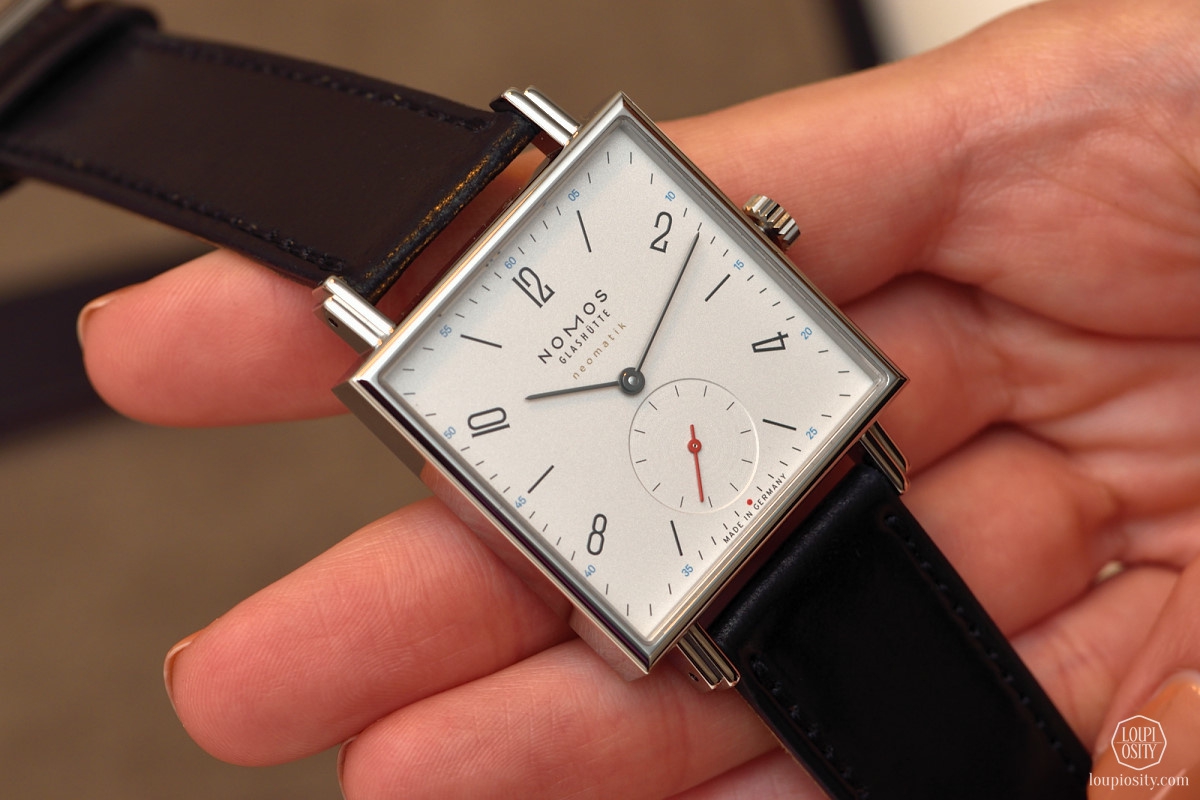 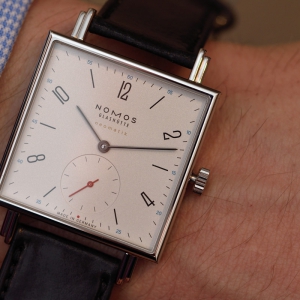 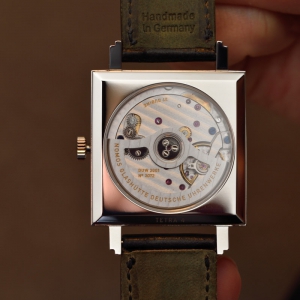 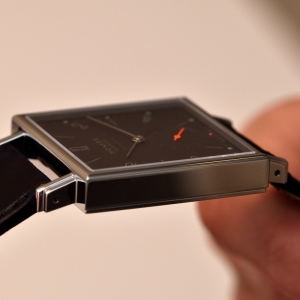 The fan club of NOMOS extends well beyond Germany with the company now exporting to 40 countries and growing a considerable footprint in the US, too. The already strong triangle of design, quality mechanism and attractive price point (1,000 – 4,000 EUR) is made even more sexy by the friendly, enthusiastic and competent people who work for NOMOS. 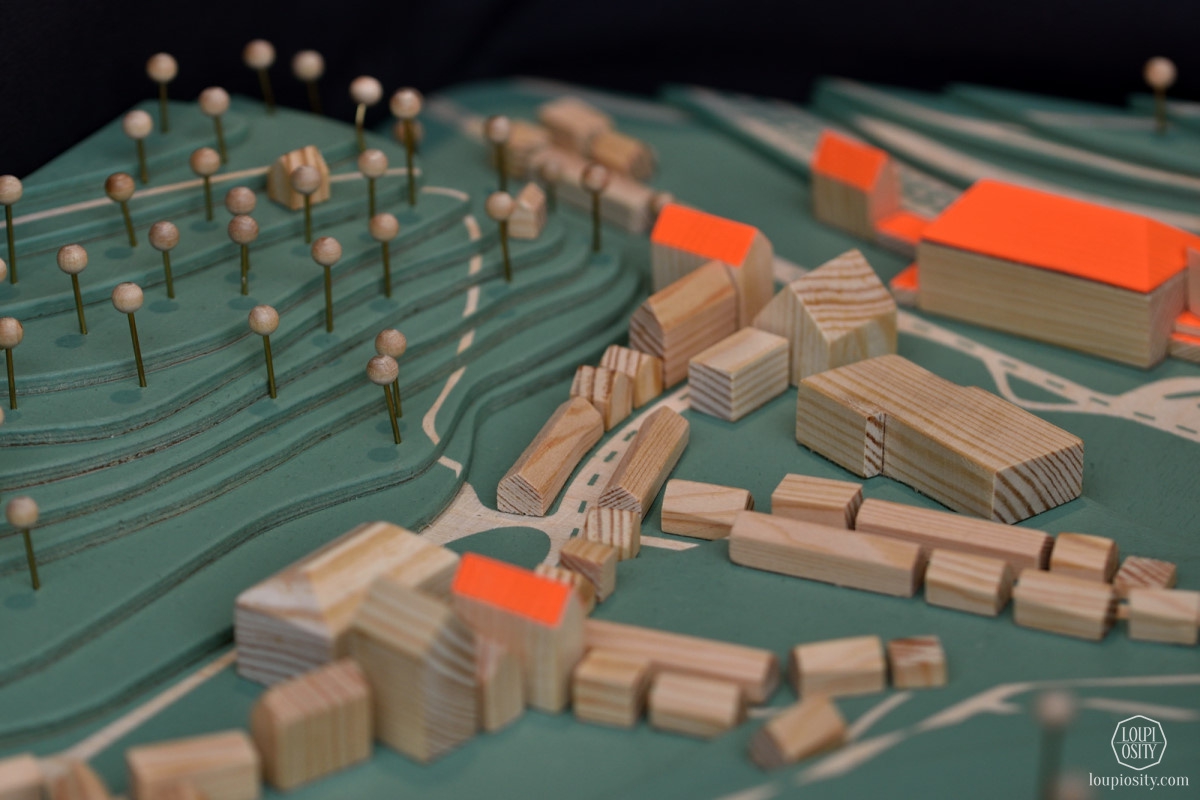 Equal Pay Day at Nomos Glashütte This March sees the International Women’s Day and the Equal Pay Day in Germany—both serve as reminders that discrimination still exists. Approaching these, NOMOS Glashütte invites all to improve gender equality by setting an example themselves.NOMOS Glashütte Tangente neomatik platinum gray NOMOS Glashütte just released the Tangente neomatik platinum gray, available in diameters of 35 and 39 millimeters – an elegant new addition to the most successful watch line by the German brand.La Samaritaine & Cheval Blanc Paris offers an amazing variety of cultural programmes -  events, performances and exhibitions all around the city. After you’ve immersed yourself in the different art forms, let’s take a break and indulge in a shopping spree - La Samaritaine, which reopened last year offers a gorgeous venue for this.