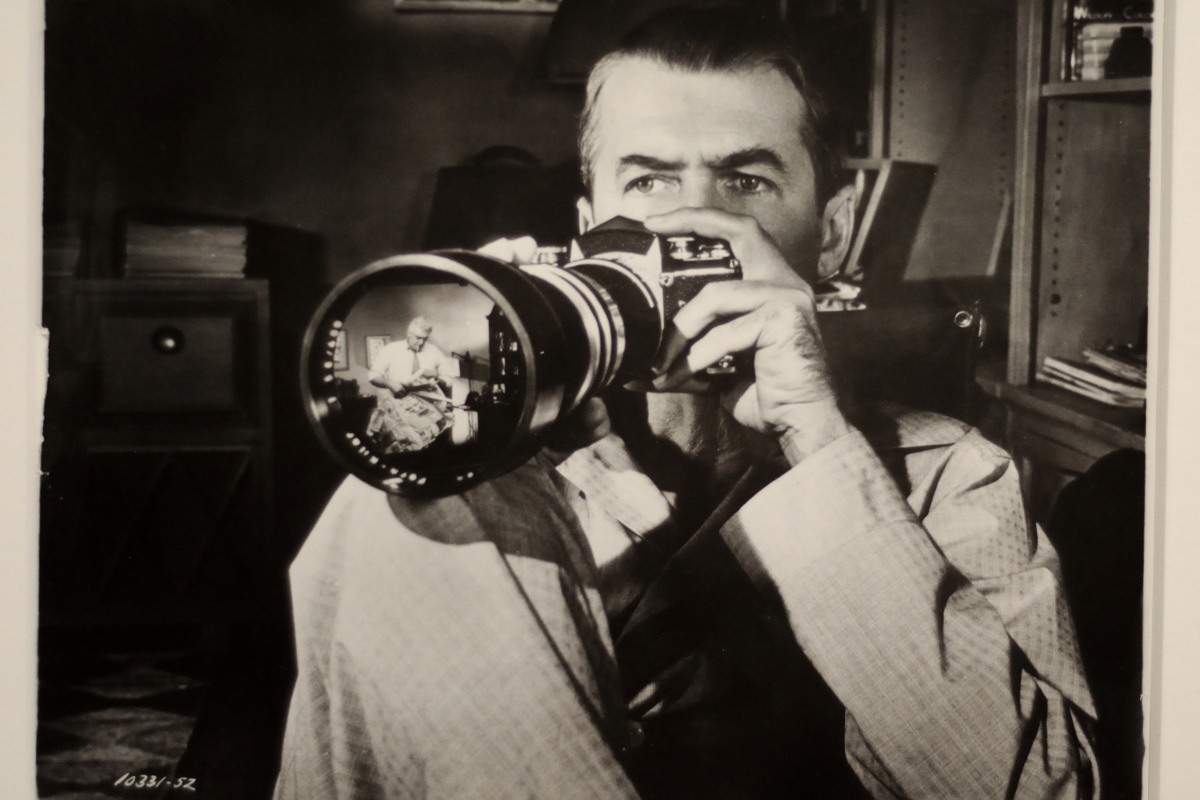 Albertina started November with a new exhibition and a great social conference for the visual-freak bloggers, online magazines and social media geeks. We were there last week – but you have the chance too as the exhibition is on until 26 February, 2017.

“Film Stills – Photographs between Advertising, Art, and Cinema” is organised in collaboration with the Austrian Film Museum and presents 130 photos dating from 1910 to 1980. The exhibition has a few main topics and themes: advertising pictures, artistic pictures, intermediate pictures, meta pictures, key pictures and auteur pictures.

Daguerreotype was the first publicly announced photographic process, introduced worldwide in 1839. Since then there has been a debate whether or not photography is a documentation process with “a soulless, mechanical device” or it can be seen as art. There were serious intentions – starting from the early 20th century – promoting photography as art, for example Alfred Stieglitz American photographer. He created Photo-Secession, a movement which supported the subjective and artistic vision of the photographers. Throughout the years, photography gained recognition as modern art. More about this topic here.

Dr. Astrid Mahler (the curator of Albertina’s Photographic Collection) and Dr. Walter Moser (Head of the Photographic Collection Department at Albertina and art historian specialized in photography) talked about some interesting details of the exhibition, such as the lighting, labelling and framing of the photos. The plan, the coordination and insurance of this major exhibition took about 2 years. 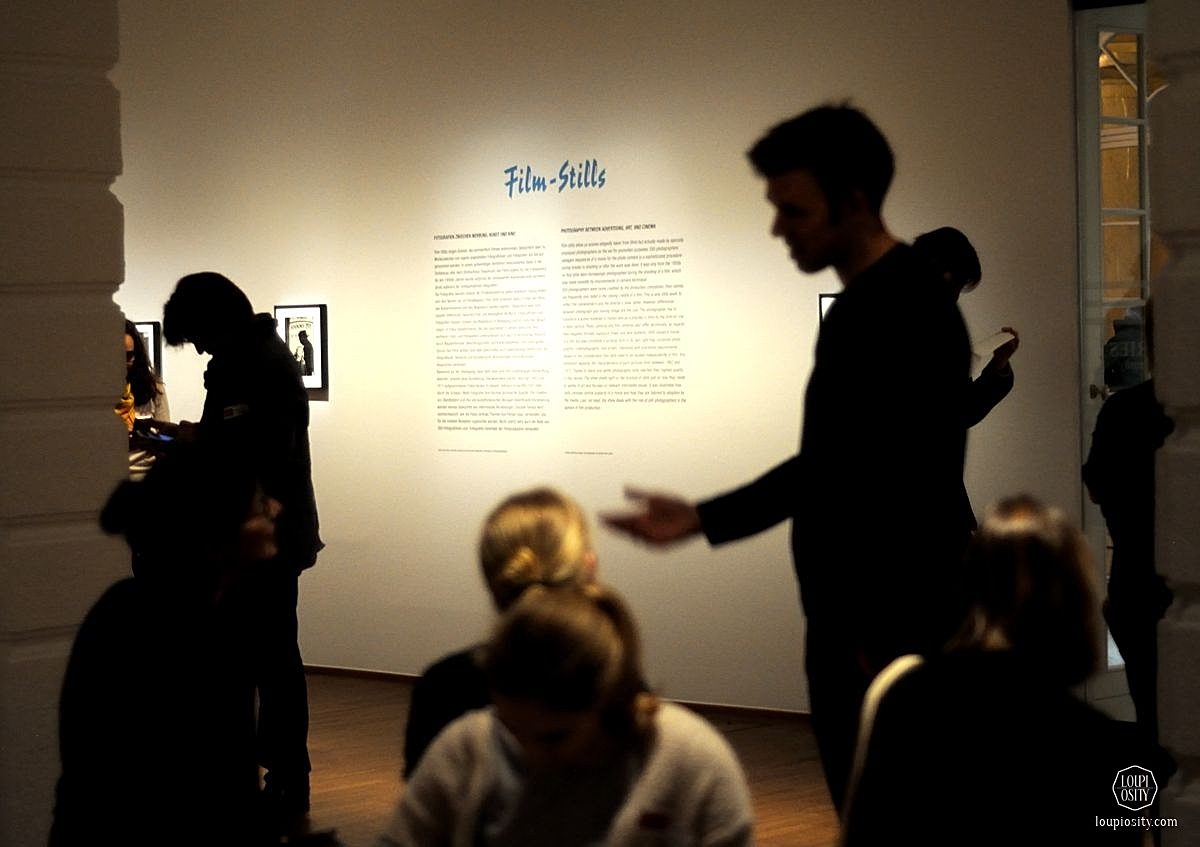 “Film stills unite photographic, cinematic, and not least of all artistic aspirations with functional requirements. Taken by professional still photographers, these pictures depict scenes that seem to have been taken directly from the film but are actually the result of complex shooting and staging processes for the photo camera. … “ (Dr. Walter Moser)

These film stills were mostly created for marketing and communication purposes to promote the given film for the press and for the wider audience. They also show the set or key scenes of the films but also create visually appealing images about the actors and stars of these – sometimes grandiose – productions.

The portraiture of stars was an integral part of the film industry and helped to underline the iconic status of these actors and actresses. The star portraits are all about great composition, sophisticated lighting and retouching – to create glamour portraits about Gods and Goddesses close to perfection and idealisation. 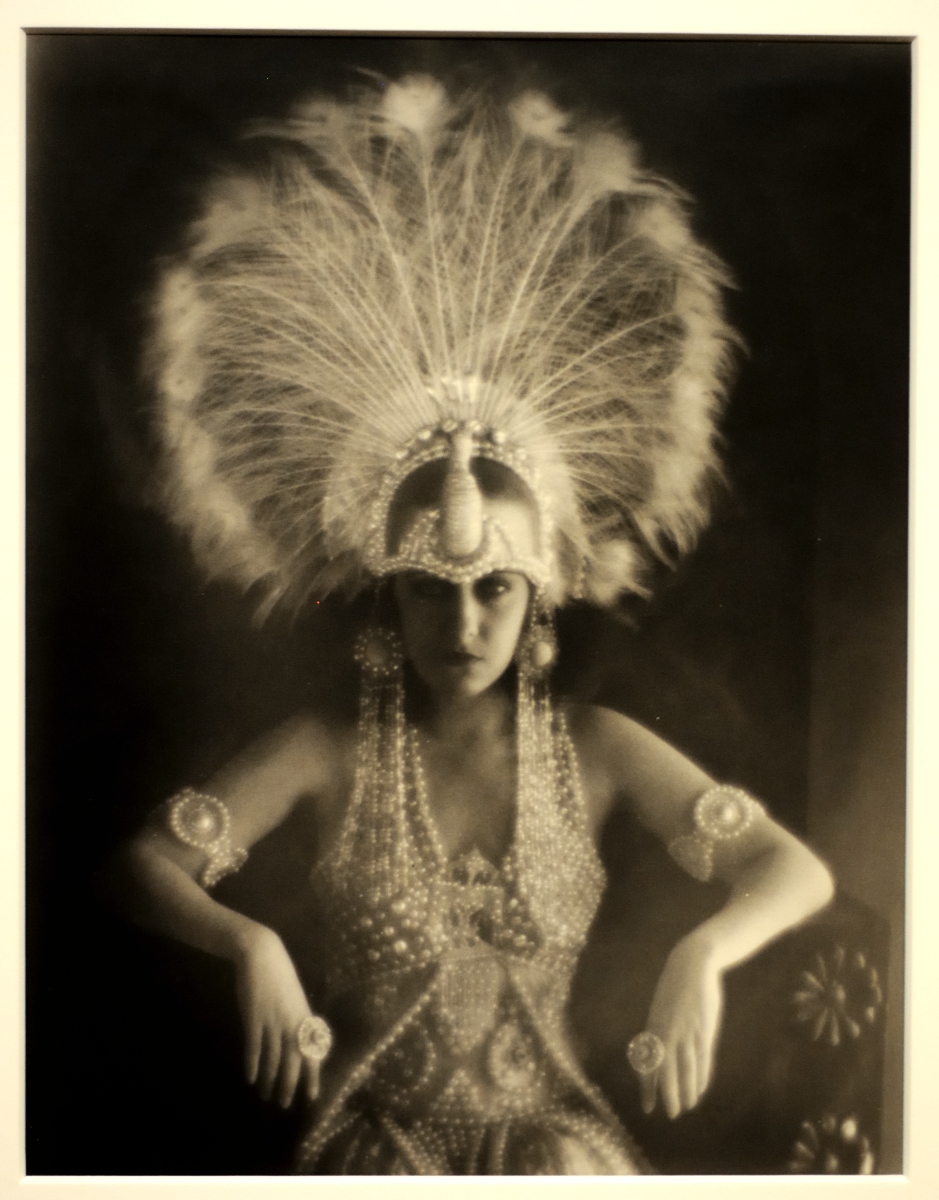 Although at that time there were no photo editors, Photoshop and FaceTune (or any other smartphone app to beautify your pictures), the photographers and cinematographers were rather clever; for example they used Vaseline on the lens to achieve a soft, dreamy aesthetic, as Walter Moser shared with us.

Without a computer the professional retouchers had to use a machine that backlit and vibrated the negative of the photograph while the retoucher went in with a pencil and physically removed lines, wrinkles or blemishes. Here is a very detailed article about the history of retouching.

This commercial strategy was especially perfected in Hollywood but was also “transported” to other markets.

The exhibition offers a wonderful selection of great and interesting pictures, we choose two iconic photos from two iconic films to introduce them a bit more to the Generation X, Y and Z.

Marie Magdalene Dietrich (27 December 1901 – 6 May 1992) was a German-American actress and singer, better known as Marlene Dietrich. She was fashioned by director Josef von Sternberg in films like The Blue Angel (her breakthrough role as Lola), Shanghai Express, and The Scarlet Empress, after which she also maintained a Hollywood career and an iconic status. She successfully traded on her glamorous style and “tomboy” looks – she became one of the highest-paid actresses of the era.

“She is the “intellectual’s pin up girl,” as author Herman G. Weinberg called her, of filmmakers and film critics alike. She is her own “Superior Product,” (her daughter’s words) manufactured and refined in her fertile brain. In other words, Marlene Dietrich is an icon for all ages.” – Taschen, Marlene Dietrich, author: James Ursini. 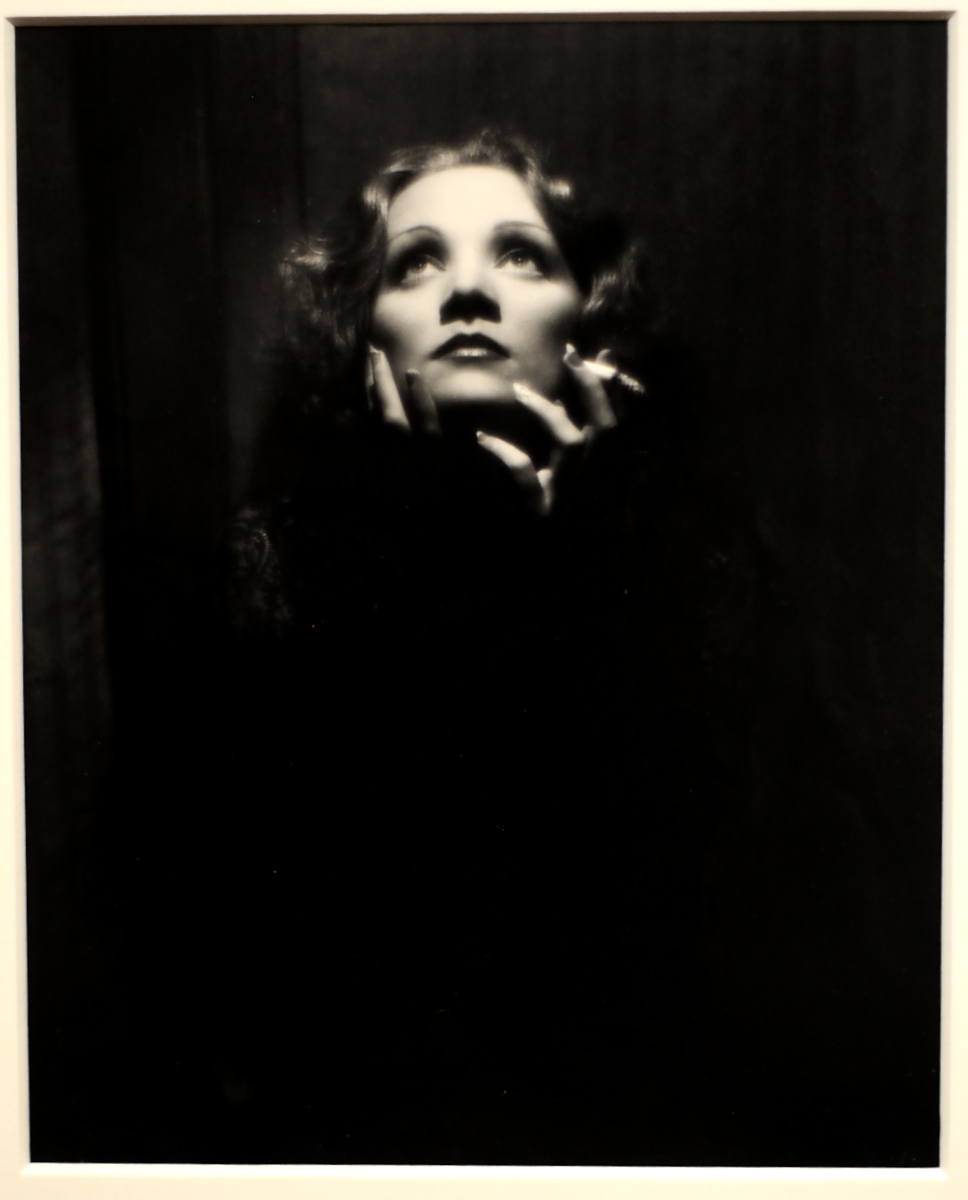 The photo of her in Shanghai Express (1932, director Josef von Sternberg) by Don English perfectly embodies these aspects. Walter Moser directed us to this picture as he talked about the aesthetics of the glamour portrait. Don English used the so-called Rembrandt lighting, named after the Dutch painter genius Rembrandt. It is a lighting technique to create a small inverted triangle of light on the face cheek that is opposite the light source. Marlene’s face shines out from a dark background.

Even Marlene’s dresses were there to emphasise the drama. They were created by costume designer Travis Banton. The costumes were specially planned and executed to diffuse light.

Marilyn Monroe in The Seven Year Itch (1954) by Sam Shaw

A different person and a different icon, Marilyn, became one of the most popular sex symbols of all time and maybe one of the most famous actresses ever. She was born as Norma Jeane Mortenson (June 1, 1926 – August 5, 1962). She was known for playing “dumb blonde” characters but according to some sources she had an exceptional IQ and great talent. In 1999, the American Film Institute named her the sixth-greatest female star of classic Hollywood cinema.

2015 marked the 60th anniversary of The Seven Year Itch, from which we saw pictures with the explanation of Walter Moser. The Seven Year Itch is an American romantic comedy from 1955. The presented film still is by Sam Shaw and he captured the moment of Marilyn Monroe’s skirt being blown upward. Compared to the movie the picture is “clearer”, showing Marilyn’s full figure and her skirt in full perspective, not just the details. Next to this photo, another shows the PR event, during which reporters and journalists could capture the sequence themselves. 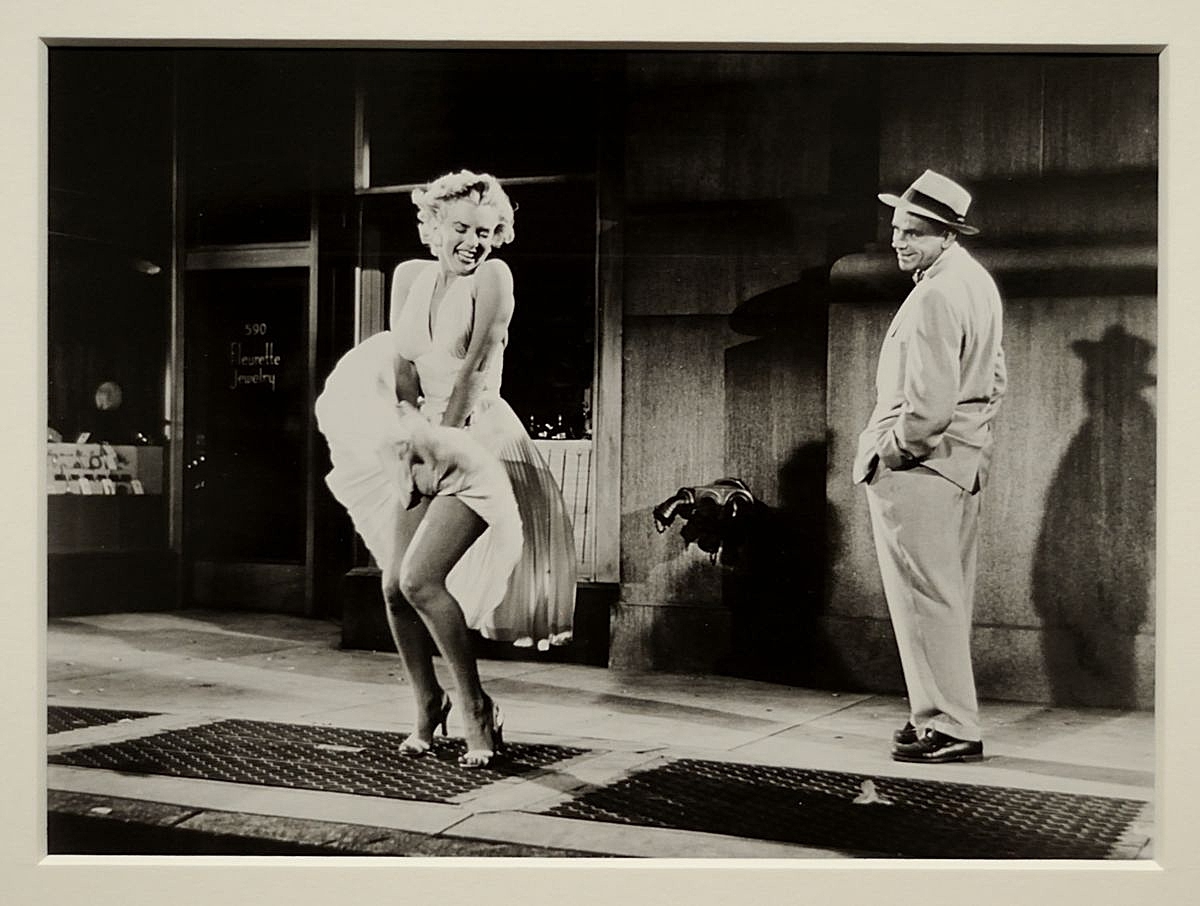 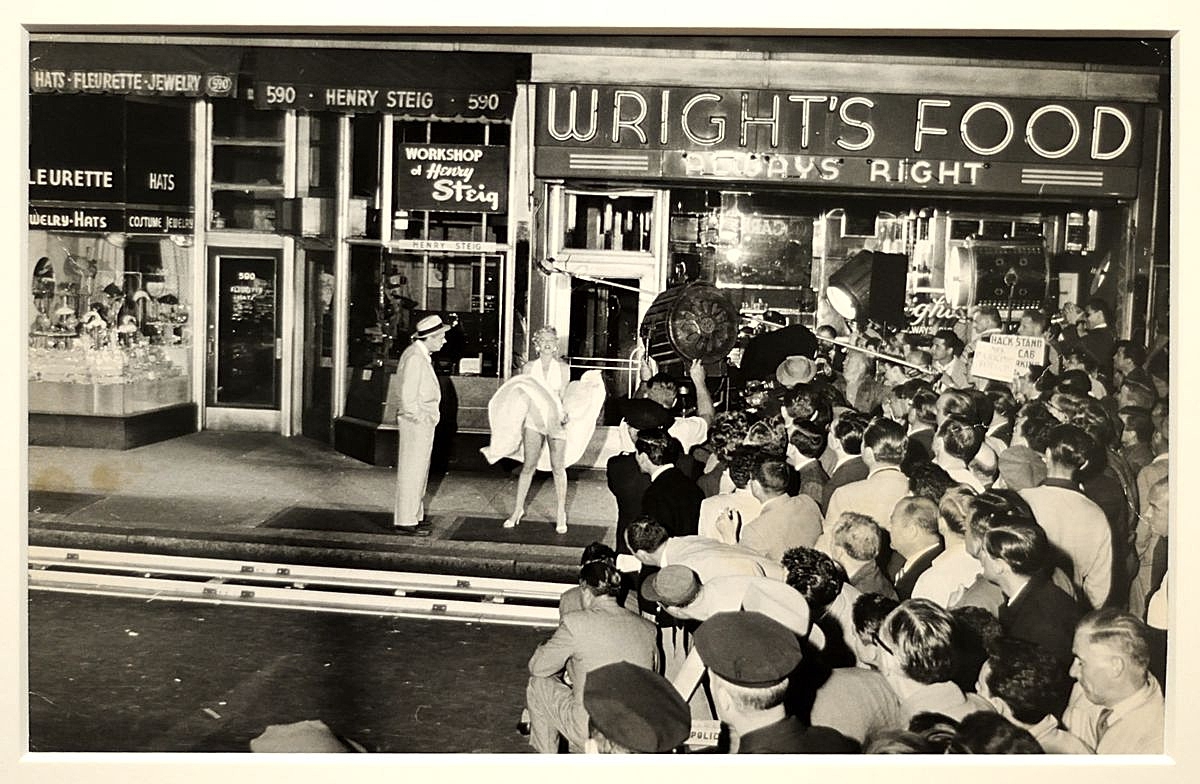 What does Marilyn Monroe have to do with “fine-watchmaking”? Billy Wilder the co-writer and director of the movie said about her once: “For The Seven Year Itch, she was perfectly un-punctual. She never came on time once. Instead of studying with [acclaimed acting teacher] Lee Strasberg, she should have studied in Switzerland at Patek Philippe.”

There are other great shots from iconic, innovative or even avant-garde film creations, such as “La Dolce Vita” from Federico Fellini, the Spaghetti Western (or Italian Western) “Once Upon a Time in the West” directed by Sergio Leone or the “Pierrot Le Fou” directed by Jean-Luc Godard just to name a few.

Have you planned your visit already? Here is my recommendation: at the end of November, Walter Moser will give a guided tour which is not to miss. Believe me; it makes the interesting exhibition even more exciting. 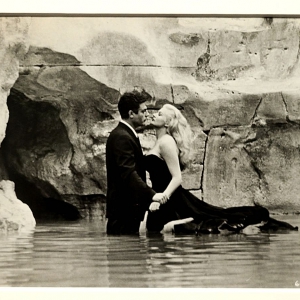 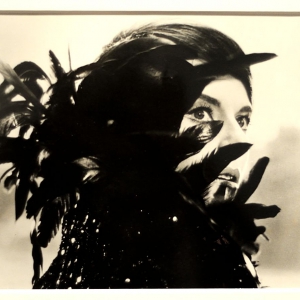 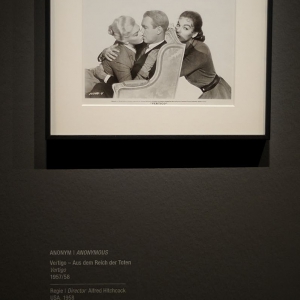 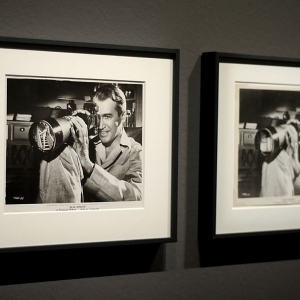 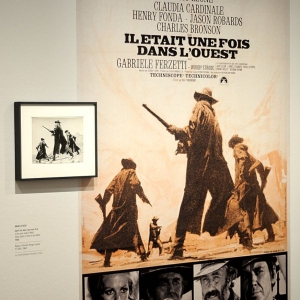 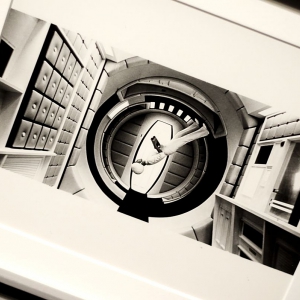 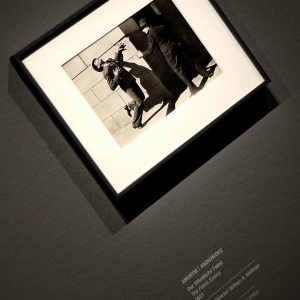 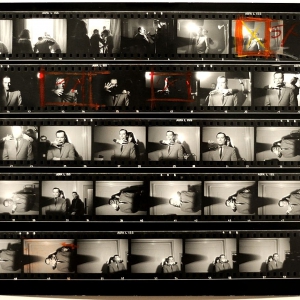 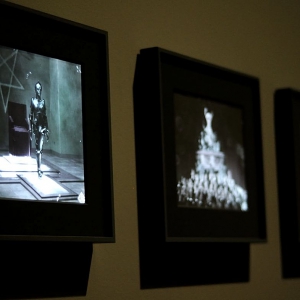 Summer in Paris To soothe our covid-battered soul, the City of Lights has prepared an abundance of events this summer. From the hundreds of exhibitions, boutique openings and cultural programmes in Paris I selected a few for my long weekend. Check them out if you fancy a recharge in the French capital. Summer Blue(s) In the midst of this hectic year we all need some fresh air. We took this years Zenith novelties to a post-quarantine walk in Vienna. Come with us!SEE LV in Dubai Louis Vuitton presents the SEE LV experience about the over 160 years of the Maison’s history at the Dubai Mall Fountain - as the third stop of the travelling exhibition.