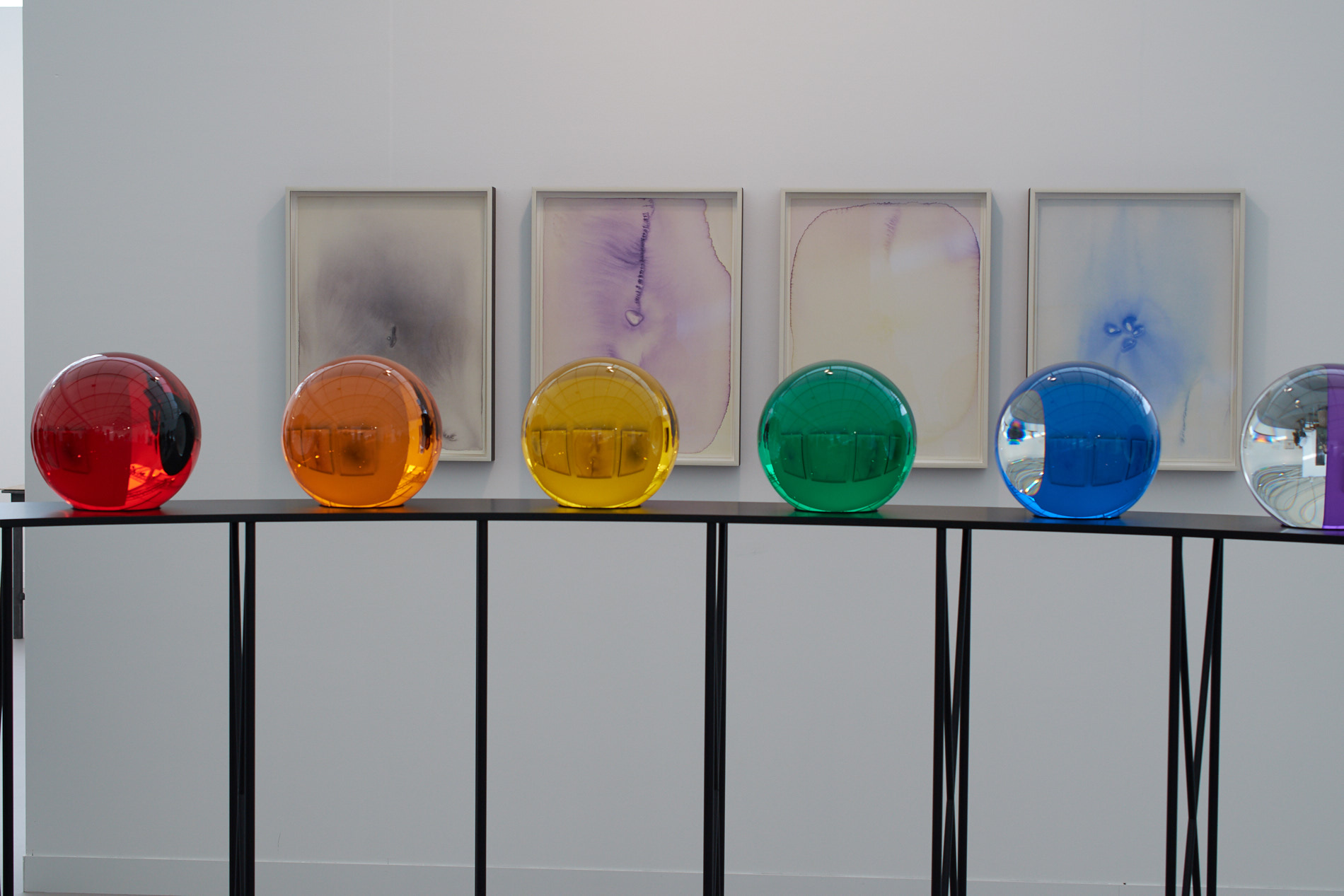 The Frieze Week is an enormous art happening every year in London (5-8 October in 2017). I took part for the first time, so let me give a bit of background to the event before we move on to a subjective selection of galleries and artworks.

According to the latest TEFAF art market report, the world’s total art sales were $45 billion in 2016, which is up by 1.7% compared to 2015. The portion of dealer and private sales increased to 62.5% to the detriment of auction sales, which shrank to 37.5%. Researchers interviewed dealers, who noted that art fairs are the most important meeting points for buyers, which is a good explanation for the recent boom of such events globally.

London has been a vibrant and enormous hub of art creating, collecting and trading for centuries. If you look up the busiest art museums world-wide, 4 out of the top 10 come from London (the British Museum, the National Gallery, the Tate Modern and the Victoria & Albert Museum) with an unbelievable 22 million visitors annually in total. Although art sales in the UK decreased in value, it is still the second largest market in the world with a 24% share (US: 29.5%, China: 18% and the rest of the world is 28.5%).

In a historically rich and economically influential cradle like this, it is no wonder that some of the most important art events happen here. The highest tides are the Masterpiece London (late June – early July) and the Frieze Week (5-8 October).

I attended the Frieze this year for the first time, which occupied my mind well before I had arrived. It is among the highest regard art shows with a main drift by the 14 year-old Frieze London and it’s sibling the Frieze Masters and lots of accompanying events as well as exhibitions. During this period, conversations in London, a key “command centre” for the global economy, are hijacked by Frieze. The mood is pretty amazing, I can tell!

Before we enter the Regent’s Park, here’s a bit of background.

Three individuals, Amanda Sharp and Matthew Slotover (just out of the university at the time) and the artist Tom Gidley launched the frieze magazine in 1991. It was at a time when a group of visual artists, the YBA (Young British Artists) started to exhibit together in warehouses and factories. The spark of the magazine was ignited when visiting the “modern medicine” exhibition of the YBA curated by Damien Hirst, Carl Freedman and Billee Sellman. Impressions left by the works on display and the little information available switched on their engines to create an international mag dedicated to contemporary art and culture.

As they recalled in an interview with Guardian, London changed rapidly during the 90s and the contemporary art collecting scene called for new galleries and shows. By being totally engaged with arts they identified the niche for an international contemporary fair in London and decided to fill the gap. In 2002, Amanda Sharp and Matthew Slotover organised Frieze London in a custom-built tent (designed by Ghanaian British architect David Adjaye) in the heart of the city, Regent’s Park. Galleries gave them a chance and enrolled at the first event, which turned out to be a huge success. It became a place to be and to be seen, which also injected extra life into the surrounding venues with the auxiliary private parties. 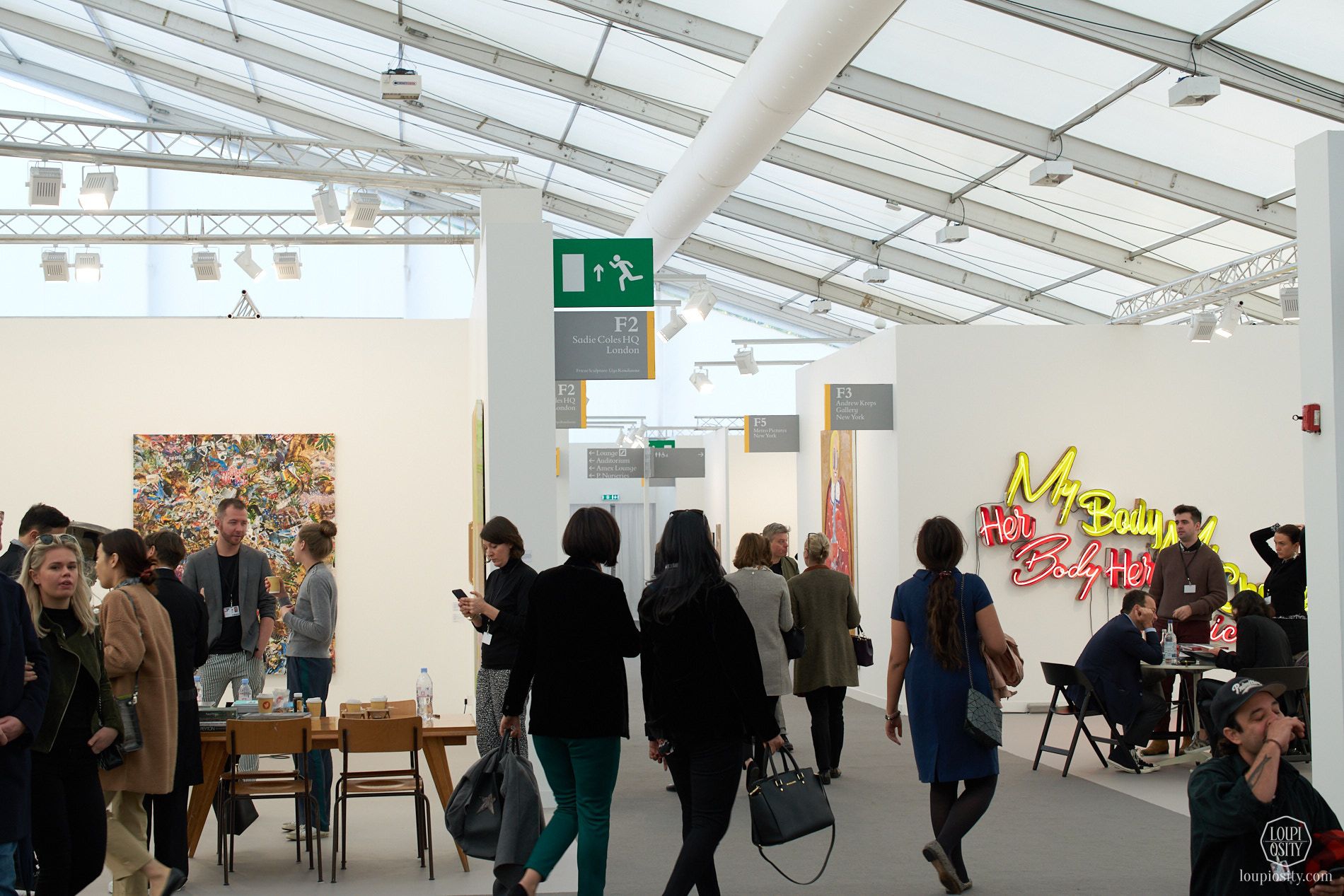 The event born out of a thematic magazine elevated into the elite circle of annual happenings and kept its contemporary (post-2000) focus. In order to broaden the coverage, a coinciding fair providing a “unique view on the relationship between old and new art” was announced in 2012 entitled the Frieze Masters. According to the intention of the organisers, it offers a “contemporary perspective on historical art”. Similarly to Frieze London, over 500 applications are received each year, and a 7-member Selection Committee decides about the final line-up. 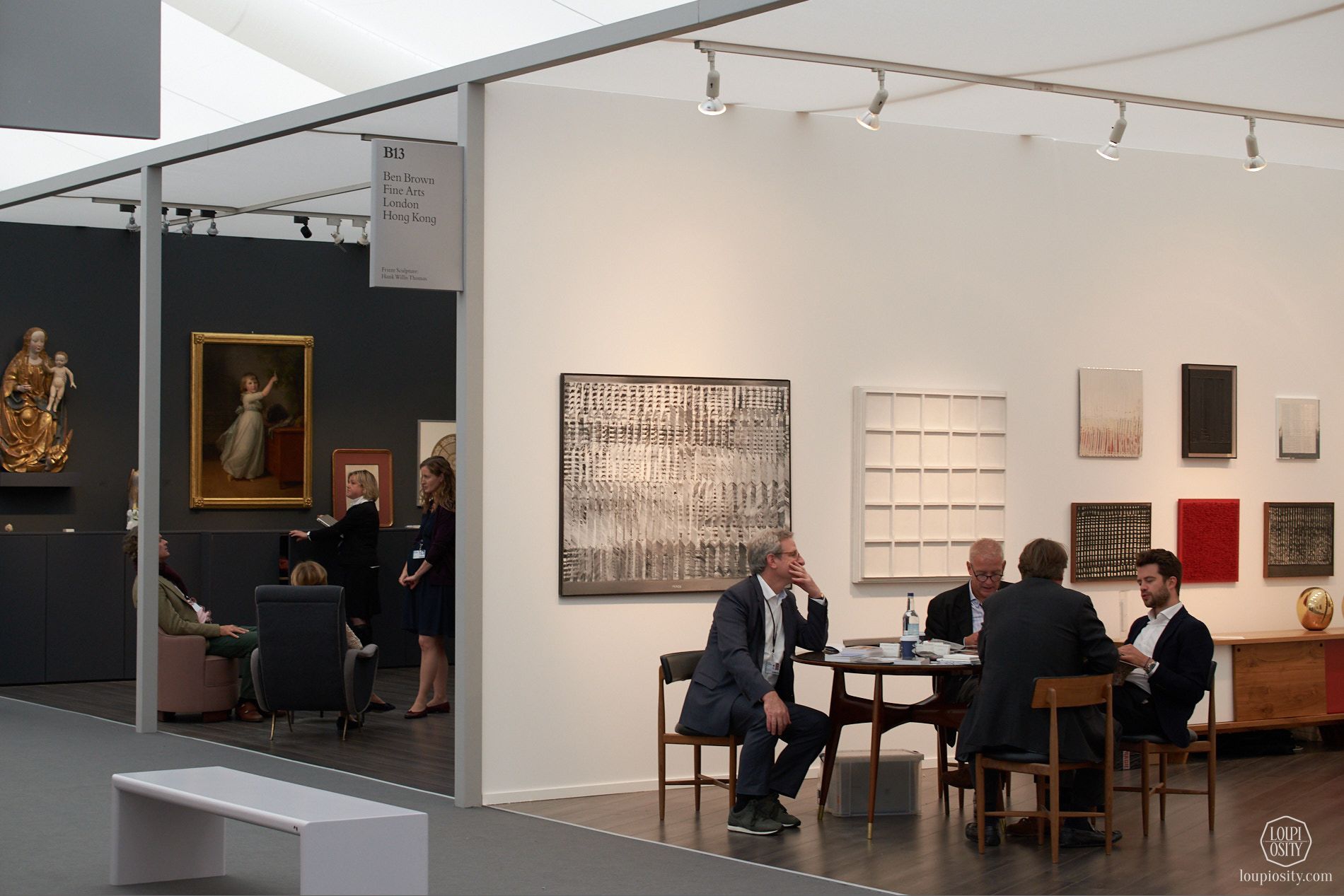 In 2012 Frieze opened outside the UK – of course, in the largest market, the USA. Frieze New York takes a similar approach to Frieze London but they are kept as two separate events.

Both events, Frieze London and Frieze Masters host non-profit content. Frieze Talks are available in a number of topics in the Auditorium for spectators. Frieze Projects and the Frieze Artist Award present site-specific artworks by contemporary artists. Films are screened at the Frieze Film and there is an off-site music section called Frieze Music with live performances. 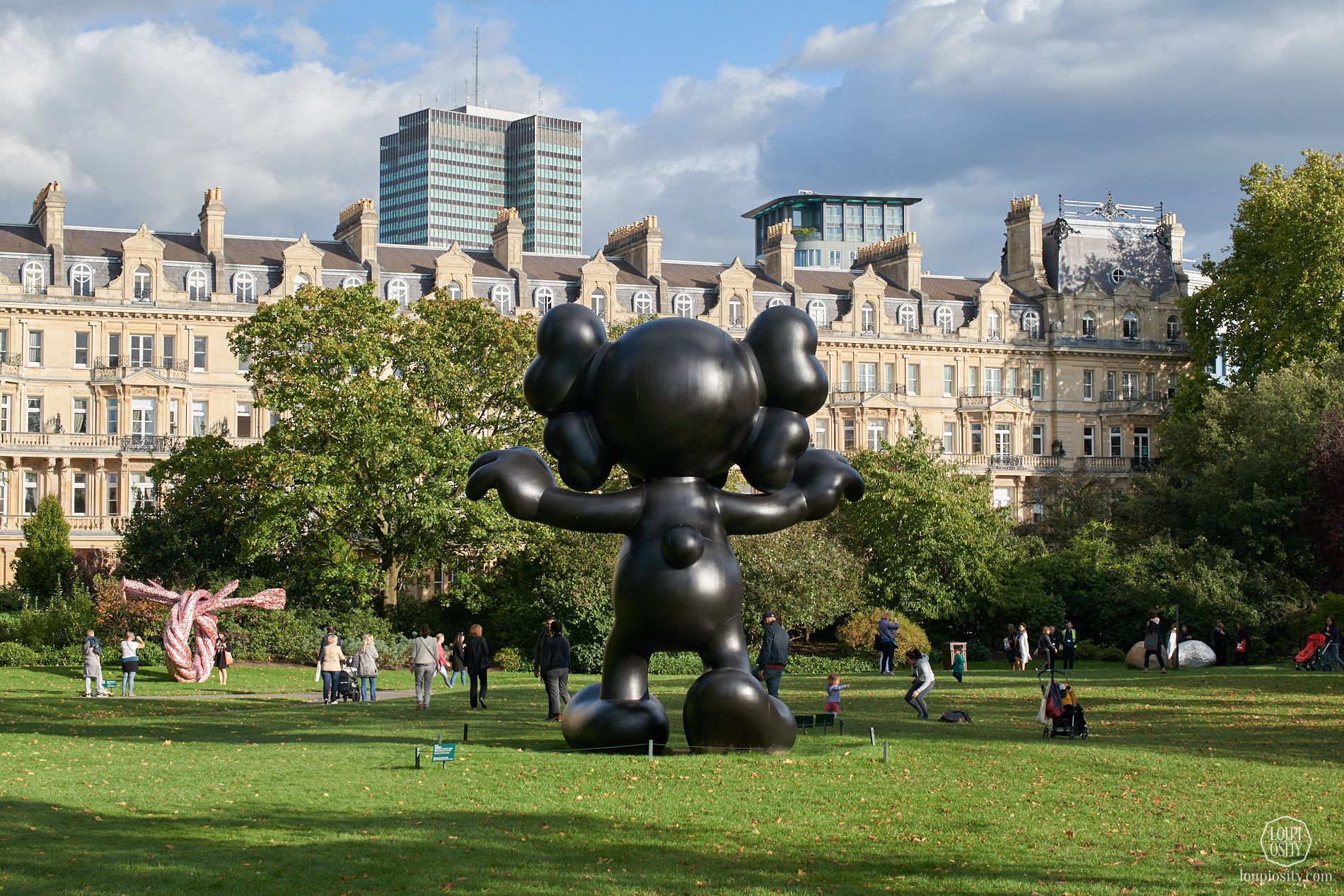 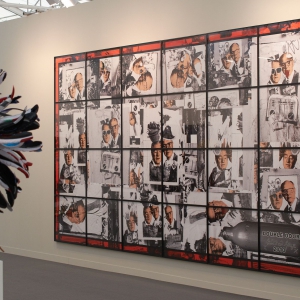 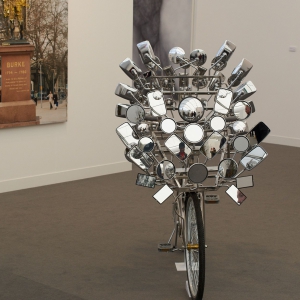 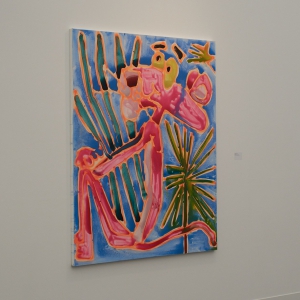 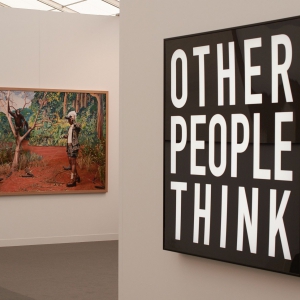 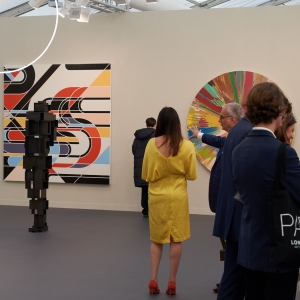 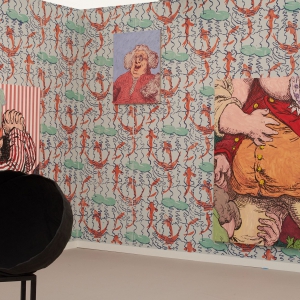 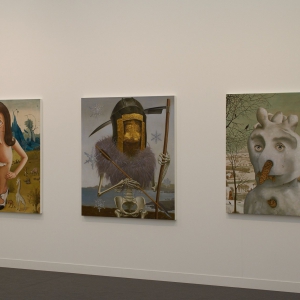 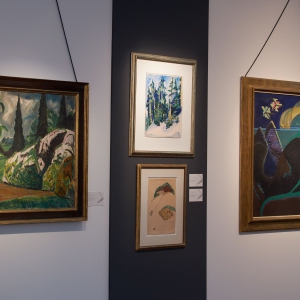 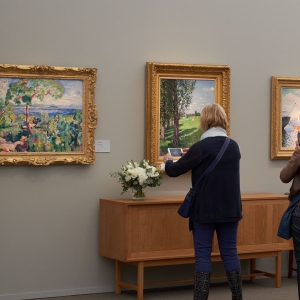 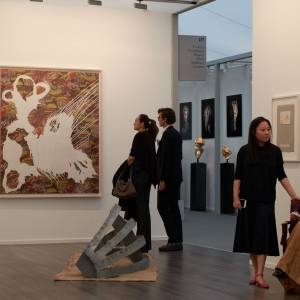 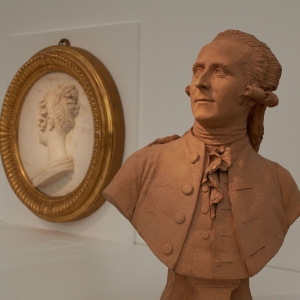 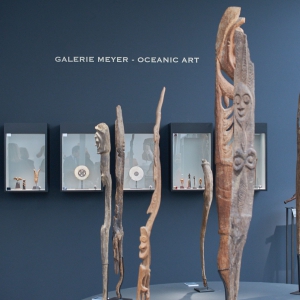 Photo credits: Loupiosity.com.
The photos were taken at the Frieze London and Frieze Masters 2017. All images used for illustrative purposes only. All registered trademarks are property of their respective owners.
All rights reserved.

Dubai Watch Week 2021 In the very long months of the pandemic - as any other sector - the luxury industry and the watch brands have been coping with virtual presentations and online product launches. Of course everyone is keen to return to the live events, real personal discussions and not-on-the-Zoom connections. The Dubai Watch Week welcomed a great number of visitors in the sunny…The OAK Collection exhibition On 19 May, 162 vintage and contemporary museum-quality watches of the OAK Collection embark on a four-stop exhibition world tour from the London Design Museum (19-25 May). We sum up the 11 exhibition chapters and give you updates as we participate in the pre-opening ceremony on 18 May.Zenith Chronomaster Original Pink Zenith just announced its support of Susan G. Komen® with a special edition Chronomaster Original Pink, available only during Breast Cancer Awareness Month in October.