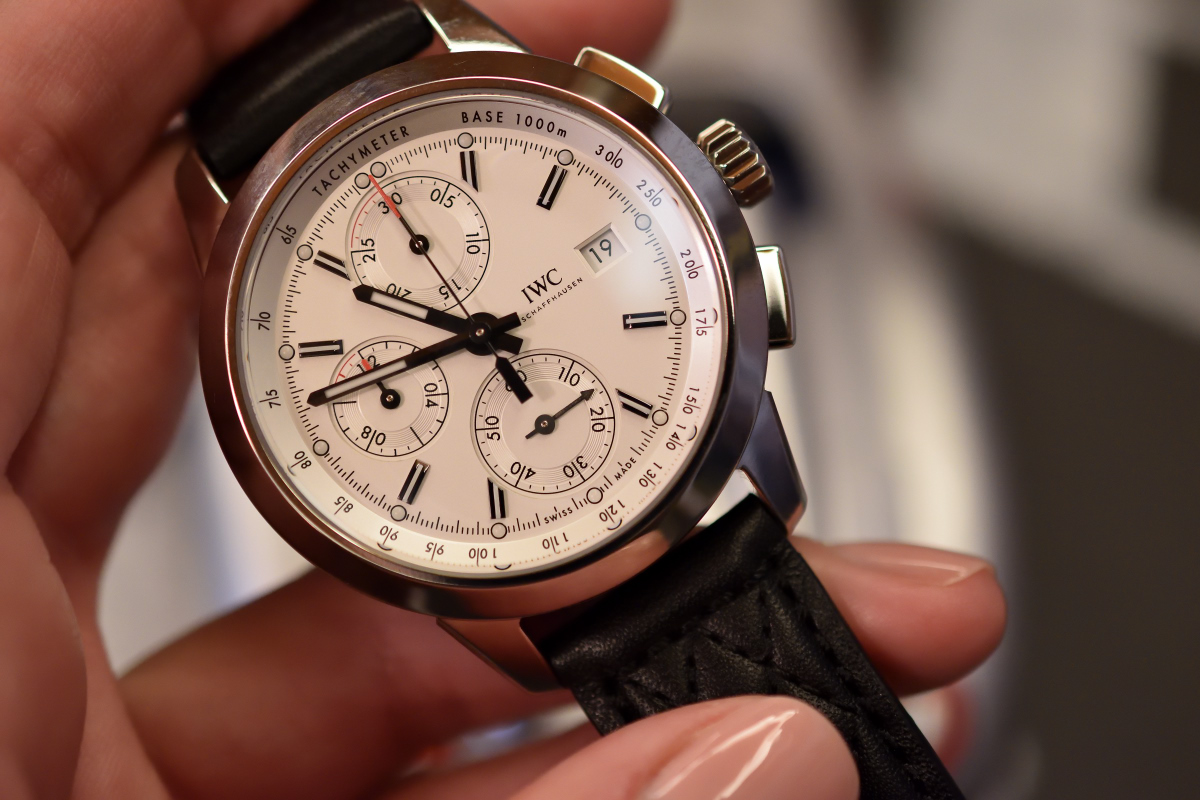 It’s been 7 months since they were introduced in Goodwood. Driven by their new engines, the special IWC Ingenieur models rolled into Vienna this Fall. The IWC boutique hosted a gathering to welcome them, which we participated in.

Goodwood has been an important circuit of British motor sport. The story of the Member’s Meeting goes back to 1948, when the 9th Duke of Richmond opened the race track for the members of the British Automobile Racing Club. After 71 meetings, it was ceased in 1966 and was then revived by Duke March in 2014. Participating cars are restricted to makes between 1948 and 1966.

The Ingenieur collection has always been a technically inspired series of IWC. By the time it was launched in 1955, the company had been producing pilot watches aiming to operate precisely in high magnetic fields. The soft iron cage appeared in the Ingenieur, which was designed to attract certain professionals: technicians, engineers, pilots and doctors. The first model (Ref. 666) produced over a decade was a tool watch with a genuine and simple design and an automatic calibre, which had a rotor making a complete revolution and winding the balance spring in both directions. Albert Pellaton, the outstanding technical director of IWC was responsible for this invention, who was with the company between 1944 and 1966, thus it is called the Pellaton winding. The reliable calibre 85 family had been used widely in other models too.

The new limited edition chronographs are also feeling best in petrol steamed environments. Compared to the previous chronograph models in the series, they follow a different design code. I would take a chance by stating that they are designed to be liked by a broader audience and have no harsh details. The novelty they bring is the new 69000 automatic calibre (the 69370 version in these models), which IWC developed with the intention of serving as their new mechanical chronograph movement that they would produce in larger quantities.

The Calibre 69000 is the result of IWC’s intention to develop their own movement options for mass-produced watch models, in which they have been using external movements (ETA/Valjoux). Beyond the 69000 chronograph family, the same motivation brought the 42000 automatic family alive. Their main job is to be reliable, versatile (with multiple self-contained modules), and importantly, production-ready in larger quantities – cost-effectively and in a consistent quality. The goal is to reach the same price-point as if the company would acquire the movement from an external supplier. The 69000 movement was developed over the course of 5 years by Richemont’s Valfleurier department.

In order to manufacture these two calibre families, IWC has been building their new facilities in Schaffhausen. So the new limited edition Ingenieurs are mostly interesting, because they are the first birdies to receive the movement before the factory will run with full power.

The three limited editions differ in colour and case materials. The IWC Ingenieur Chronograph “74th Members’ Meeting at Goodwood” is dedicated to the legendary motorsport event in the south of England. It has red gold case with a black dial and it is available in a limited edition of just 74 watches. 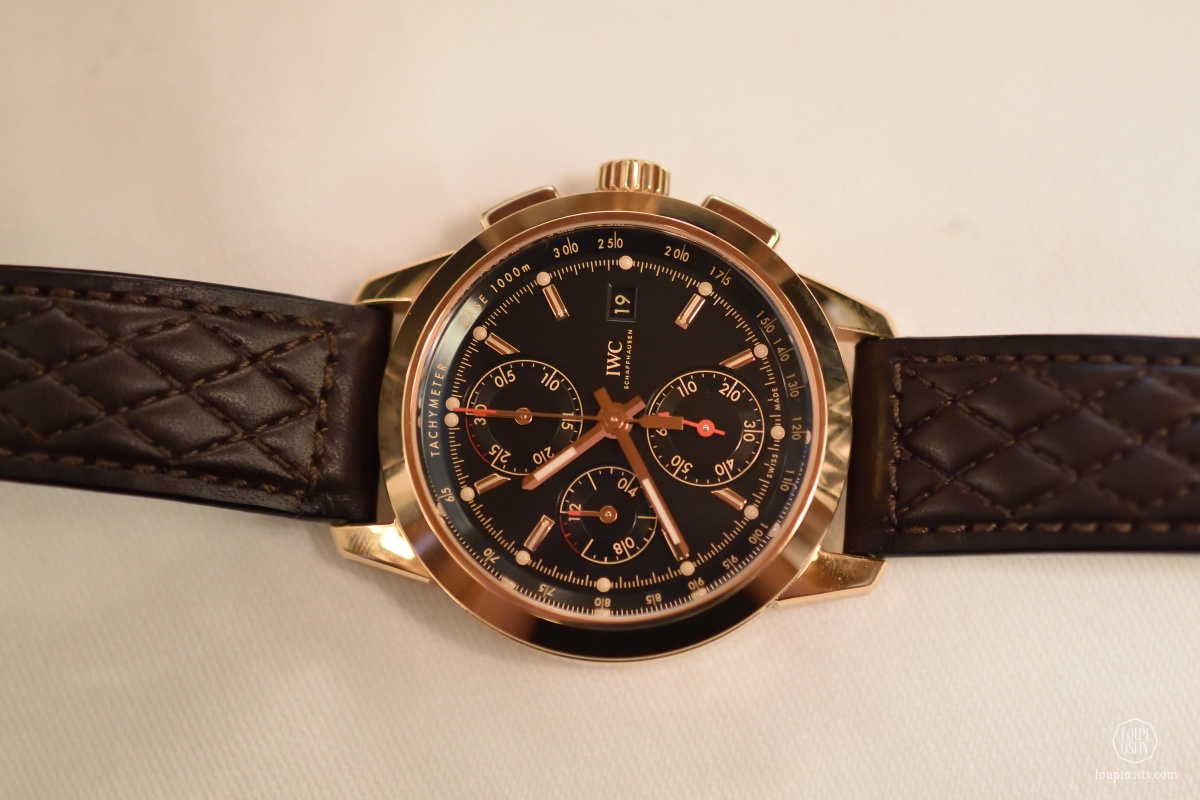 The IWC Ingenieur Chronograph “W 125” is inspired by the design and the fame of the legendary Mercedes-Benz W 125 Silver Arrow. It was considered a development of the W25 model and it was very successful in the season it was made for, in 1937. Check out a little visual experience about this car.

It is interesting to know that the then 30 years old Rudolf Uhlenhaut was appointed Technical Director of the racing department that would work between the Design Office and the Team Manager, Alfred Neubauer. Uhlenhaut designed the W 125 based on the extensive racing tests and it was considered the most powerful race car ever made, for about 30 years.

This version has a titanium case, silver-plated dial and striking black hands and appliqués. (Limited edition of 750 pieces). 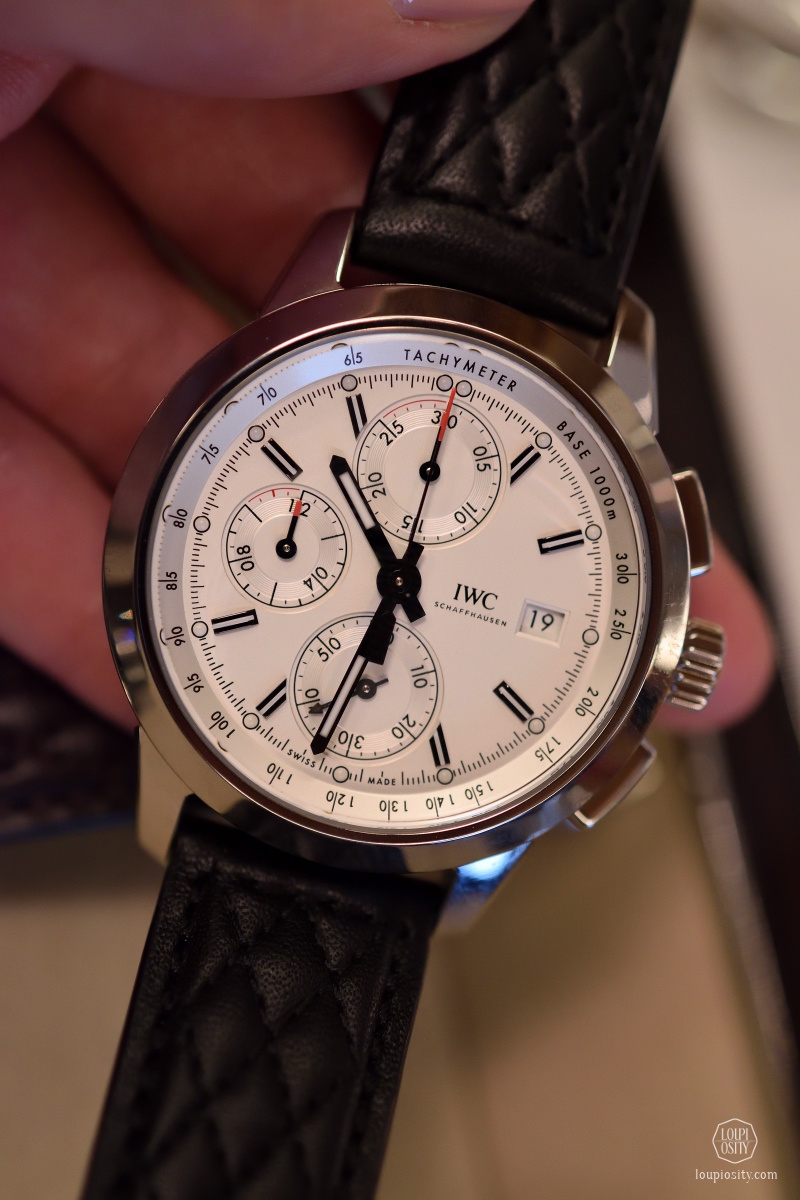 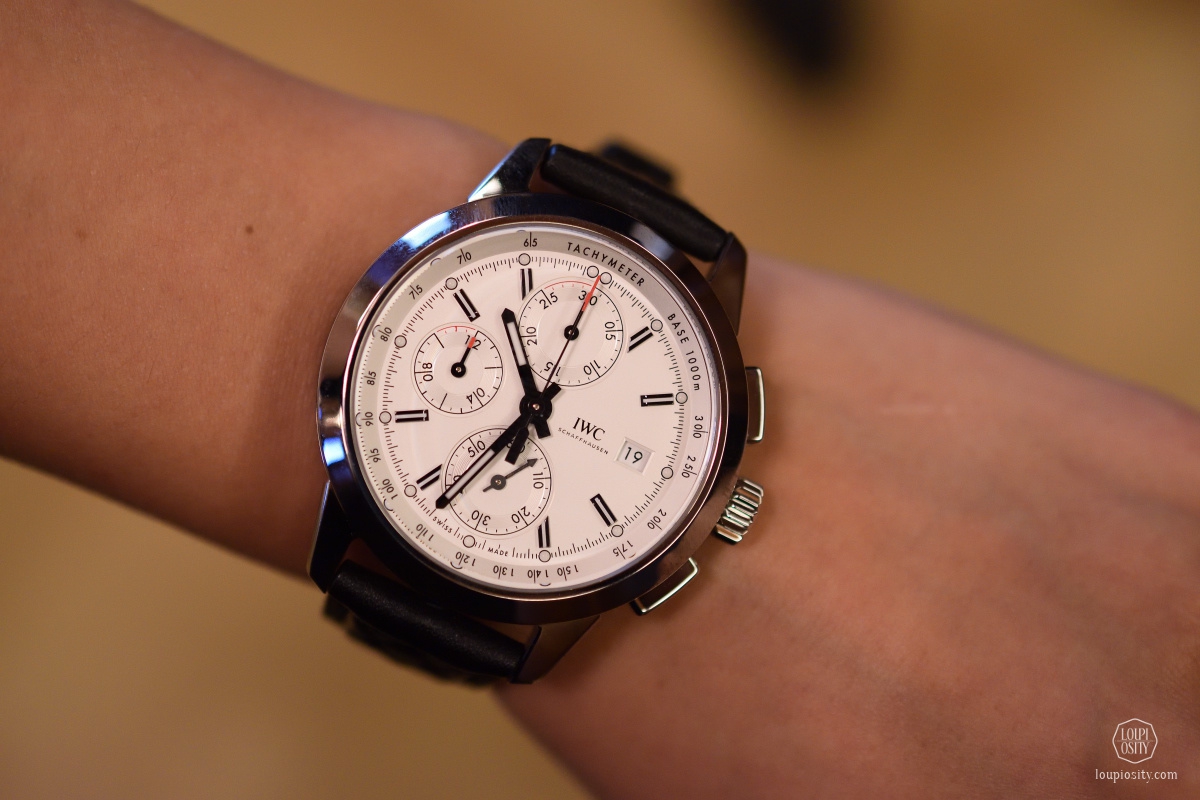 The third model celebrates Rudolf Caracciola, and was named after him as the IWC Ingenieur Chronograph “Rudolf Caracciola”. He was a racing driver from Remagen, Germany, who won three European Drivers’ Championship crowns in the 1930s. He reached 432.7 kilometres per hour (268.9 mph) in January 1938, which remain to this day as one of the fastest ever speeds achieved on public roads. See more about him in this series of IWC:

This watch is stainless steel with rhodium-plated hands and a slate-coloured dial and it is also limited to 750 watches. The look of all three models is completed with a stitched calfskin strap which recalls the luxurious interior of classic motor cars. 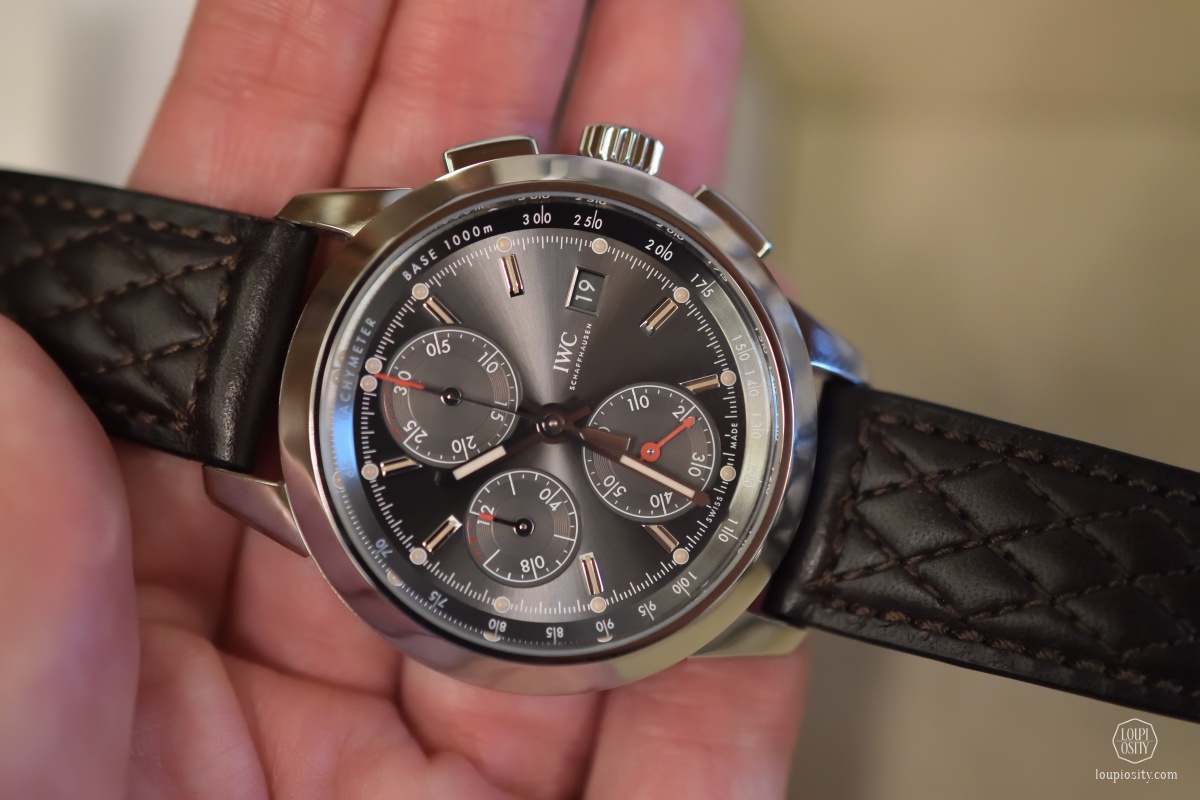 ‘Once a race driver. Always a race driver.’ Early in November Mark Webber visited the Porsche Centrum in Budapest to talk about his experience as a car racing driver, his collaboration with BOSS and Porsche and his love for Rolex.IWC congratulates partner Mercedes-Benz on 125th… Mercedes-Benz celebrates its 125th anniversary in motorsport at this weekend’s German Grand Prix. IWC Schaffhausen congratulates its partner on the occasion and joins the celebration.F1 Paddock Club with Rolex I enjoyed the buzz of the pre-holiday Formula 1 Hungarian GP weekend in the Rolex lounge - the brand is the Global Partner and Official Timepiece of Formula 1 since 2013.