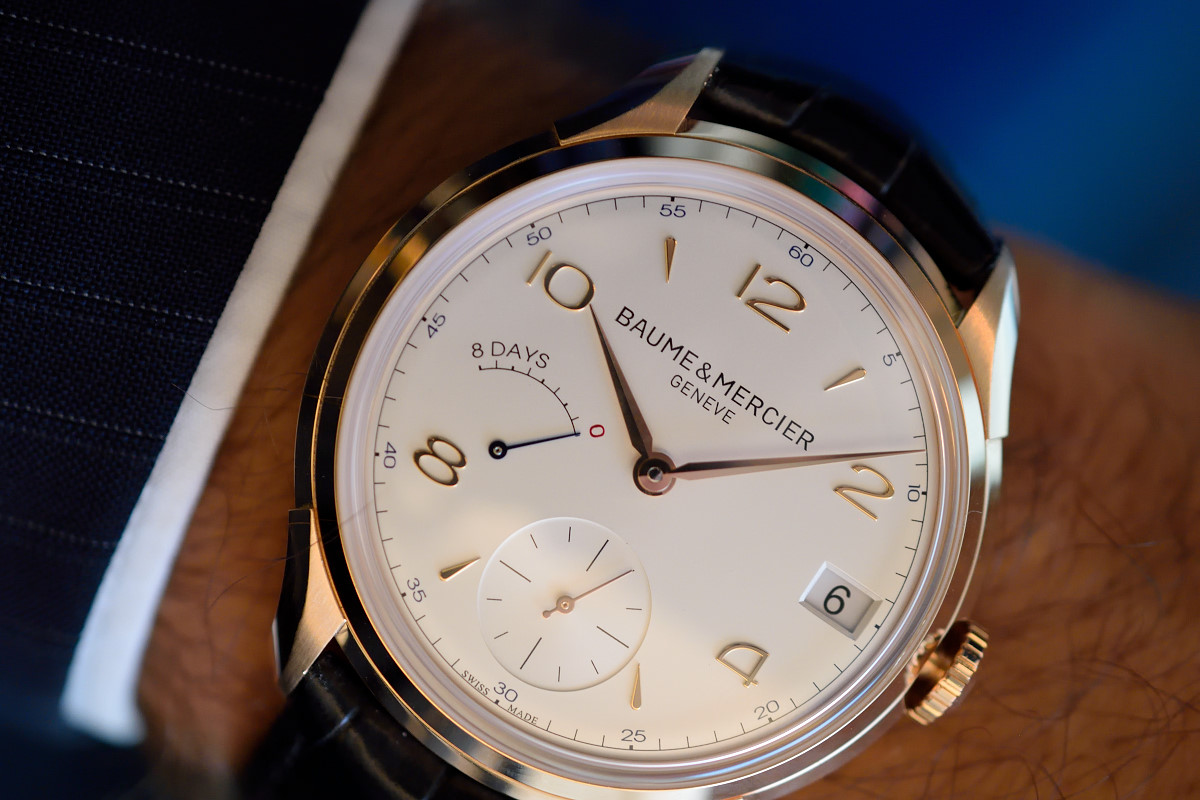 Not long ago I read an article in Financial Times about how Baume & Mercier started to work with prestigious educational establishments all around the world. London Business School, Hong Kong University of Science and Technology (HKUST), American University in Dubai, Zurich University of Applied Sciences/ZHAW, Ecole hôtelière de Lausanne are among the partners of the brand, which aims to get closer to the managers of tomorrow and accompany them along the path to success. A bit of googling and you’ll find a video with Alain Zimmermann, the company’s CEO, calling students to participate the Solvay Business Game and provide their views on how they picture Baume & Mercier in 20 years – not an ordinary but definitely a progressive act from a luxury watchmaking brand. The young generation is a primary market for the company and these intellectual partnerships may well provide future clients, and what’s more, direct feedbacks and inspiration in terms of how to be part of their greatest moments. Exactly what Baume & Mercier’s new #mymomentofsuccess campaign is focusing on. It is a competition the winner will travel to the Forbes Under 30 Summit with a new Baume & Mercier Classima ticking on the wrist. 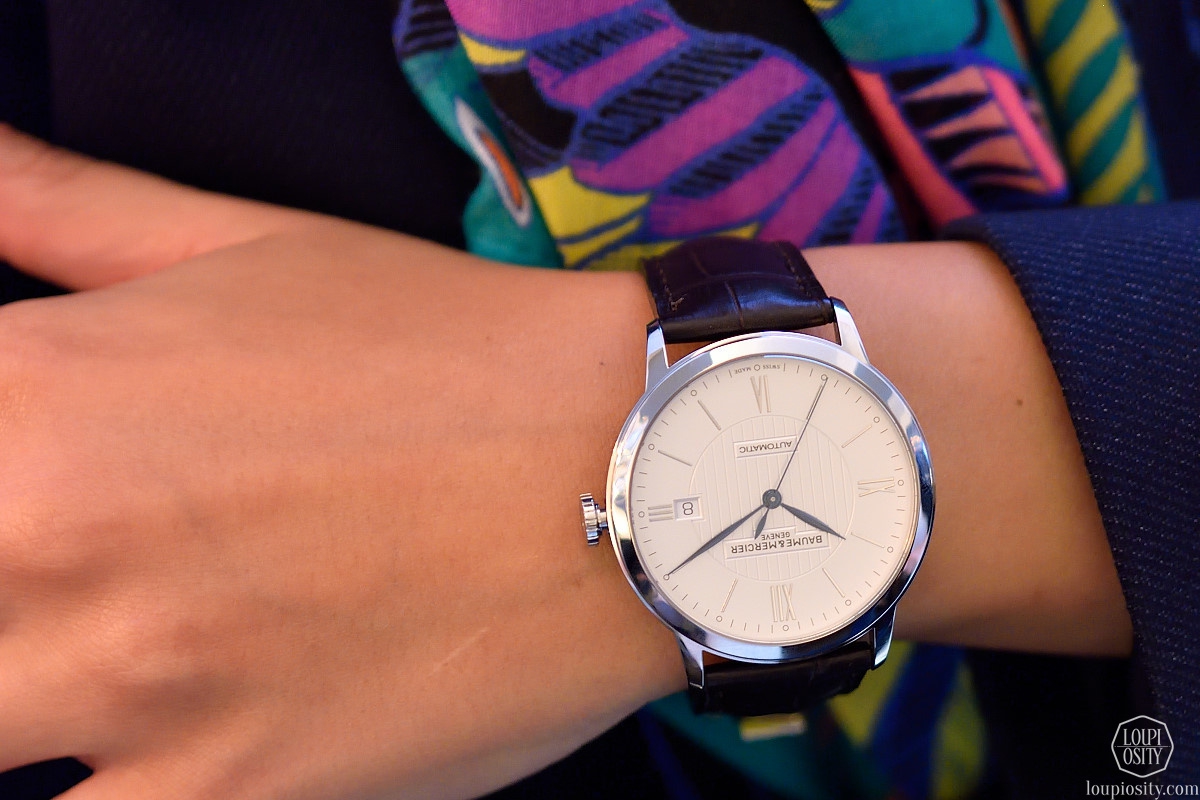 I truly like this approach and it does suit to the brand wishing to be the #1 entry-level fine watch brand. On the other hand, for many a Baume & Mercier will be the affordable timepiece not only to celebrate the moment, but also a long-term treasured family piece inherited to daughters and sons. In any case, the brand offers nice designs and reliable technology at a very attractive price point.

For all the reasons above, I was looking forward to meet Baume & Mercier for the first time at the Henri Louis bar in Kempinski Hotel Palais Hansen, where the latest collections were presented.

A bit of history

Baume & Mercier is among the world’s oldest watch manufactures. With innovative technical mechanisms the Maison made fans already in the 1800s. Beyond watchmaking they were considered to be pioneers in the field of commerce too.

Their story is rooted in 1830 when the Baume family opened their first watch store in the village of Les Bois close to the Swiss-French border in the Swiss Jura region. Two brothers, Louis-Victor and Joseph-Célestin Baume managed the store and in documents they were often referred as the “Frères Baume” (Baume Brothers). They soon opened stores in London and in the countries of the British Empire, including markets which were deemed to be rather unusual at the time, Australia and New Zealand.

The founder Louis-Victor’s sons Alicide and Arthur took over the management of the company and the regional and business developments were continued by the second generation too. They placed great emphasis on technical developments to produce ever more accurate and precise watches. The company’s successful chronographs and Grand Complication models, including minute repeaters, calendars and tourbillons were world famous.

World War I ravaged Europe too, and in its aftermath both the industry and everyday life changed significantly. New trends and habits surfaced, and Baume strived to adapt to these shifts. At the age of 25 William Baume took over the management and soon he met Paul Tchereditchenko a Ukrainian immigrant from Russia. He was well known across Geneva for his famously good taste and refined elegance. Although their personalities were vastly different, their shared ideas and vision about watchmaking made them a successful team. After his mother Tchereditchenko adopted the Mercier name, thus the brand became known as Baume & Mercier.

Albeit the company maintained its success even during more significant economic crises, Paul Mercier sold his shares and William Baume retired from business life for health reasons. The company found a new, strong manager in Constantin de Gorski. The Count with Polish roots injected new energy and life into the watch company once again. After World War II they introduced one of the company’s most successful models, the Marquise jewellery watch.

The Greek PHI symbol became the most prominent element of the brand’s new visual identity in 1964. This symbol represents the mathematical proportion of the so-called “golden section” which frequently appears in nature and the arts, creating balance between symmetry and asymmetry. The concept was well-known by even the Ancient Greek and Egyptian cultures, and mirrors the company’s aspiration to perfection.

In 1988 Baume & Mercier was acquired by the Richemont Group. The company has found its place in the Richemont portfolio and in the past years it successfully re-branded itself.

Main collections and novelties in 2015

The Hampton collection – inspired by a piece from the 40’s – has rectangular shape and modernised vintage lines. It is rather unisex and comes in many variations, including even a red gold version with a manual movement. The Clifton models are classic timepieces, most of them with very characteristic appliqué numerals on the dial. The Clifton 8-Day Power Reserve – created to the 185th anniversary of the brand – is one of my favorites. Its 45mm case is made of 18k red gold and the dial has silver-opaline and silky finish. Rose gold appliqued Arabic numerals and tear-shaped batons mark the hours. I find the shape of the numbers (recalling a bit of ’50s) rather sexy. The movement is based on the IWC caliber 59210, which servers in the IWC Portofino Hand-Wound 8 days too. The Clifton 8-Day Power Reserve is Baume & Mercier’s “celebration-timepiece”, limited to 185 pieces. 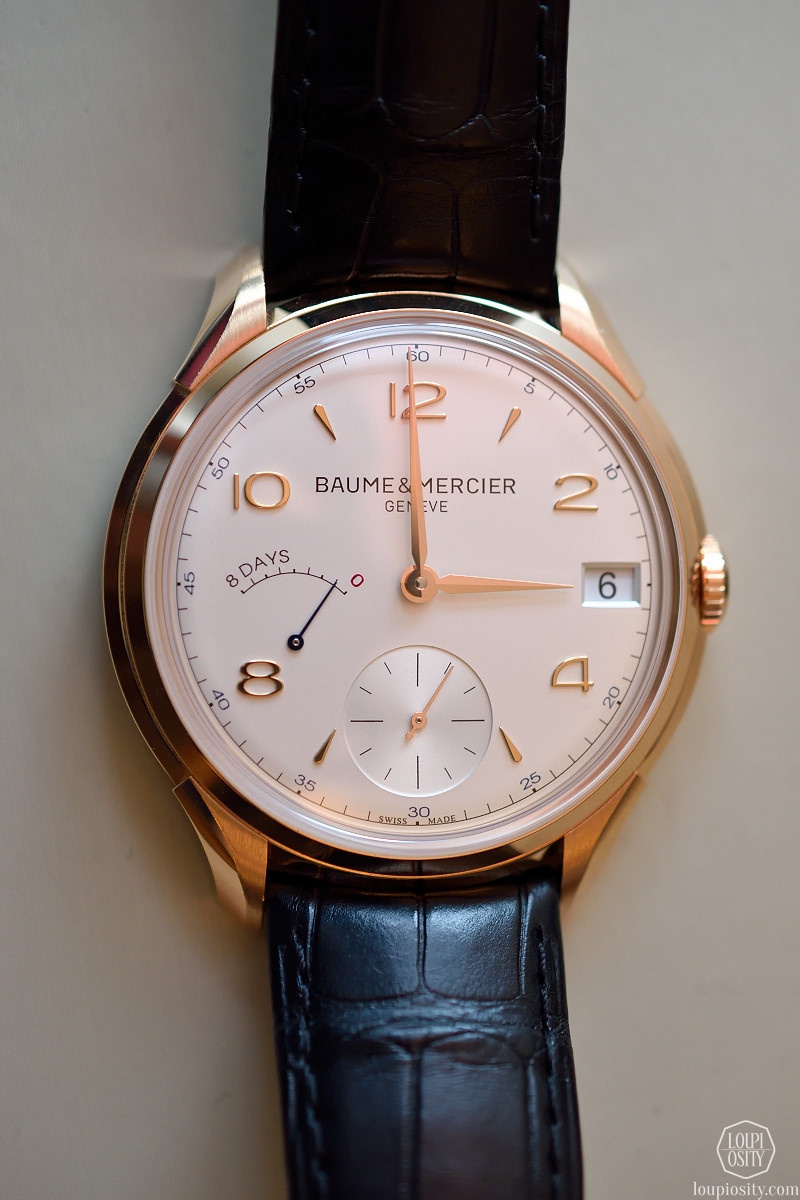 Femininity always has been part of the Baume & Mercier values; in 1940s the Marquise jewelry-watch collection was a great hit for women – a little watch nestling inside a bangle-style bracelet. This year the Linea and Promesse line welcomed new models. The Promesse has distinctive curves and is designed to commemorate the special moments of women. The flow of the Linea are delicate and feminine, some models have an interchangeable strap system to fit the strap to any outfit.

Few weeks ago in Munich a cocktail event was held to present the fruits of the collaboration between Lodenfrey and Baume & Mercier. The limited Linea and Classima pieces are equipped with “hirschleder” (deerskin, deer leather) straps, which add a touch of Bayern to the charm of the Baume & Mercier timepiece. The cool easy-to-wear, everyday watches travelled to Vienna to pose for the audience.

Lodenfrey is a fashion store in Munich, established by Johann Georg Frey in 1842. Back then it was a manufacture that produced the world-famous loden material – a water-resistant fabric made from sheep wool, without removing the lanolin. Clothes made of loden cape – including Tyrolean folk costumes and hunting clothes – are warm, windproof and supple.

Last, but definitely not least – the Capeland line is dedicated for chronographs and worldtimer watches. With the 2015 Capeland Shelby® Cobra Steel limited edition Carroll Shelby Licensing Inc. and Baume & Mercier commemorate the 50th anniversary of the FIA World Championship. The watch has a 44mm case, a self-winding chronograph movement, a black alligator strap and a blue/sun satin-finished dial (in fact in Shelby’s Guardsman Blue racing color with Superluminova). A little Cobra logo on the shorter end of the second hand is circling around the center. It is limited to 1965 pcs.
As Alain Zimmermann the company’s CEO describes: “Making Baume & Mercier the essential partner of special moments in life – a birthday, a first job, a reunion – those that make the heart race in all cultures and all continents, is the goal I pursue with fervour and deep pride.” 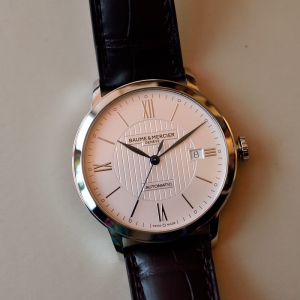 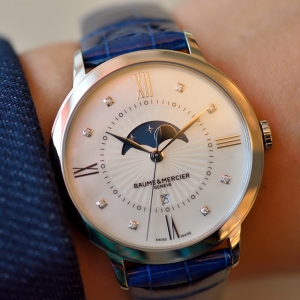 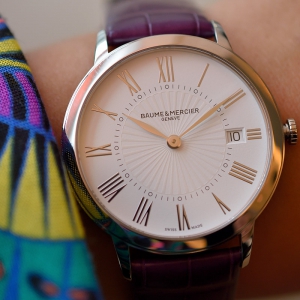 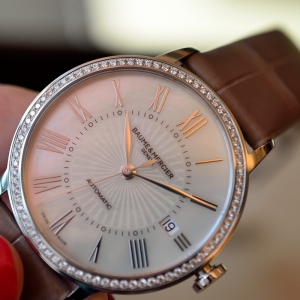 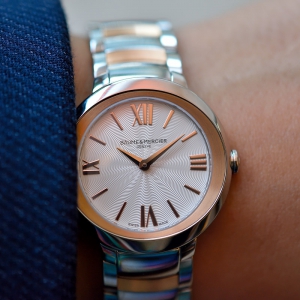 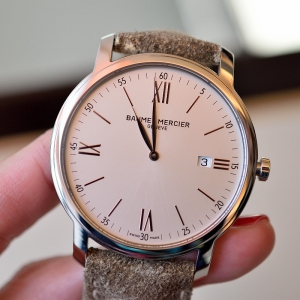 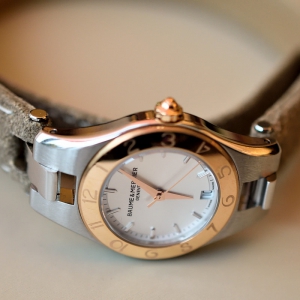 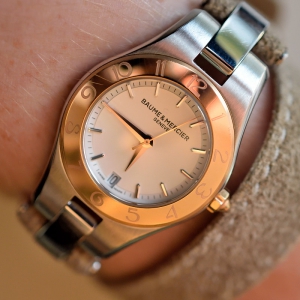 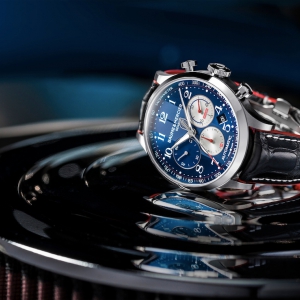 New views An overview about a few upcoming finewatchmaking events - hopefully all in real life - follow us along.Time to Draw - with Ressence and Sotheby’s Ressence and Sotheby’s are joining forces against the coronavirus and launch a competition to design a unique watch and support a covid-19 research programme.Dubai Watch Week 2021 In the very long months of the pandemic - as any other sector - the luxury industry and the watch brands have been coping with virtual presentations and online product launches. Of course everyone is keen to return to the live events, real personal discussions and not-on-the-Zoom connections. The Dubai Watch Week welcomed a great number of visitors in the sunny…