I received a special ticket to a new flight class I never travelled before. It’s called “Class Les Ambassadeurs” and it is exclusively available on a per invitation basis. On the wings of Breitling we flew into the world of horlogerie pampered with the gastronomical wonders of René Schudel (who by the way being a pilot himself, received a Breitling Emergency☺). On the same plane we had Nino Niederreiter, Jonas Hiller and Roman Josi, skaters of the Swiss Ice Hockey Team and ambassadors of Breitling. 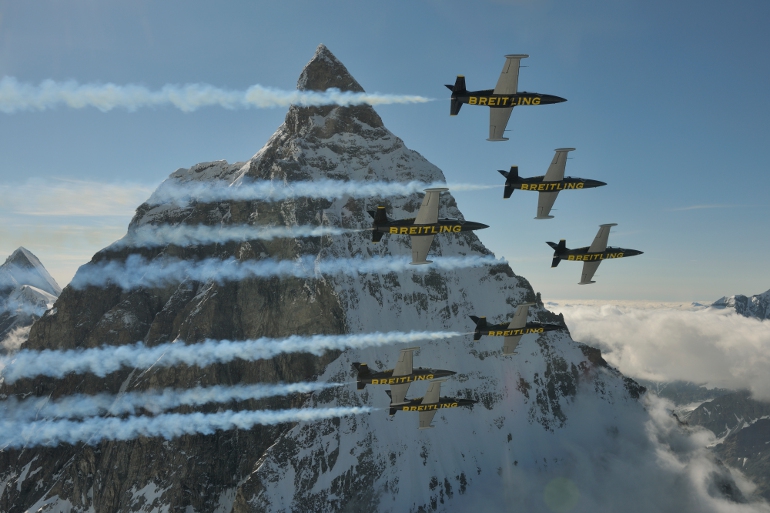 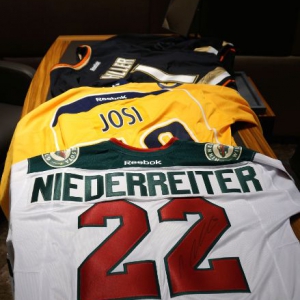 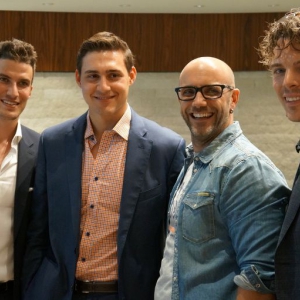 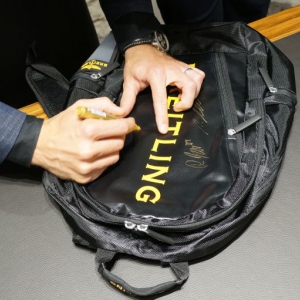 Being a great fan of the Pop Art, I have to say that I love Breitling’s communication built around Kevin T. Kelly’s vivid pictures! The comic-like bright, striking and explosive images, the masculine themes with jets flying over your head, machines and tons of sensuality take you right into a movie scene. You can smell the burning kerosene and the whole setting has the power to make you believe that you’re in the middle of your mission. You’re one of the actors – in fact, one of the everyday superheroes! As a result Breitling, the brand with 130 years of eventful history, goes beyond the ordinary message of “Made for pilots” – it is crisp, prevailing and attractive, especially for the younger generation. It calls for action!

The timepieces are the most modern objects in the story and their characters are greatly emphasized by the Pop Art setting. At Les Ambassadeurs we admired Chronomats (the latest versions of the first automatic chronograph from 1969), the Emergency, Galactics and my personal favorite Navitimers.

On a former advertisement of Breitling a woman in black trench coat, in golden aviator sunglasses and with a brown dial Galactic is leaning on an aeroplane. The picture well reflects the lifestyle the timepiece relays.

In the boutique of Les Ambassadeurs I spotted two gorgeous women with Galactic. One had the smaller, 32mm model with steel case, pearl diamond dial and steel pilot bracelet. At 12 o’clock there’s the B logo with wings, date aperture at 3, and diamonds are set for indexes. The another a 36mm automatic version, which houses a chronometer-certified mechanical movement with date function and a subdial for the seconds. The dial is made of mother-of-pearl and the black leather strap completes the look.

Joel Woolf Barnato was a British racing driver of the Bentley Motors Team in the 1920s. The Bentley Boys were a group of wealthy British gentlemen who maintained the brand’s reputation for high performance. Barnato had three consecutive wins out of three entries in the 24 Hours of Le Mans race. The Breitling Bentley Barnato watch has a sporty appearance with blue dial and a tachometric scale on its circumference. The numbers and the logo are set in white, there are a few red motifs and the timepiece received a steel bracelet. The movement is COSC certified and equipped with the “30-second chronograph” mechanism. 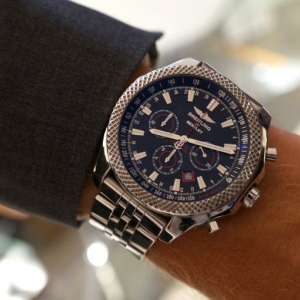 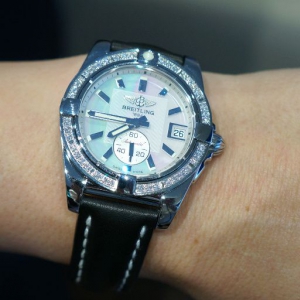 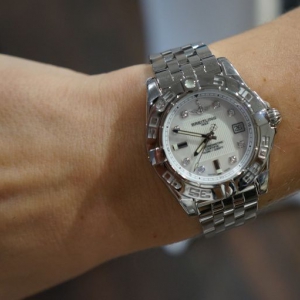 This series has a bezel featuring rubber inserts and exclusively finished steel case. It serves perfectly in the air and at sea (it is water-resistant to 500 m) and of course in your daily life on land or even in your office. The sapphire crystal is cambered and glare proofed both sides. The pictured version is a special edition, it has an onyx black dial, steel case satin-finish and Diver Pro III strap. 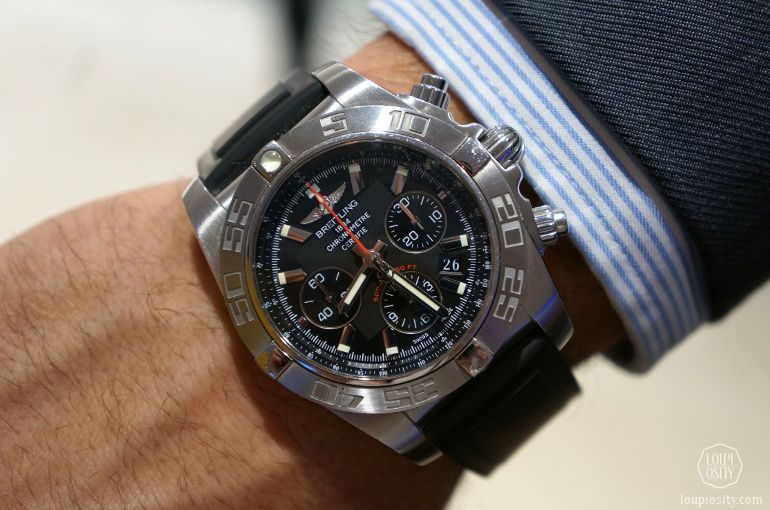 In the 19th century, mariners used sea chronometers to determine the longitudinal position of the ships by calculating the difference between the reference time it measured (Greenwich Mean Time) and the noon experienced in the given position. At the International Meridian Conference in 1884 Greenwich it was agreed to be the prime meridian acknowledged across the globe: “a meridian to be employed as a common zero of longitude and standard of time reckoning throughout the world”.

In the same year, Léon Breitling founded his company specialized on chronographs in Saint-Imier, Bernese Jura.

While chronometer is the measure of how accurately the timekeeper performs (pieces are certified by the Official Swiss Chronometer Testing Institute – COSC based on a strict testing procedure), chronographs refer to the stopwatch functionality of an instrument used in astronomy, aviation or in sports among others.

As the need for precision timekeeping was rapidly increasing back then, the company experienced significant growth and moved to the heart of Swiss watchmaking, La Chaux-de-Fonds in 1892. In 1903 the Wright brothers performed the first controlled, powered and sustained heavier-than-air human flight, opening a new medium to brave explorers. Aviation, with such a great risk factor and thus a huge demand for accurate calculations based on the stopwatch functionality, raised the interest for chronographs during the first decades of the 1900s and Breitling’s name forever become associated with aeronautics.

One of the most modern mechanical watchmaking complications, the chronograph sparked in the mind of Louis Moinet in 1816. He created an astronomical instrument, called “compteur de tierces”, to time the passage of stars and planets. The first commercialized chronograph was made by Nicolas Mathieu Rieussec in 1821. The Frenchman developed it to measure the time horses take to complete the race distance at the Arrondissement de la Seine race at the Champ-de-Mars in Paris. Following an examination by French Academy of Sciences (in fact by its two members Abraham-Louis Breguet and Gaspard de Prony, who called the new device “chronograph” for the first time), he received a five-year patent for a “Timepiece, or timer for distance covered, called a chronograph with seconds indicator, indicating the duration of several successive phenomena without requiring the observer’s attention.” In 1844, Adolphe Nicole, a watchmaker from the Joux Valley, developed it further with a system to reset the hands to zero, allowing successive measurements. Although automatic movements appeared in the mid-1770s and in 1924 in wrist watches, it was only in 1969, when the first self-winding chronograph was issued. Interestingly, it was developed in secret in collaboration between Heuer, Breitling, Hamilton and Dubois Depraz. 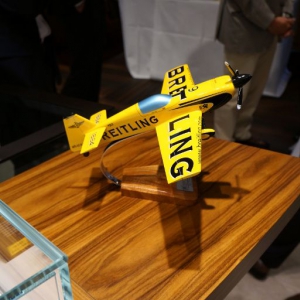 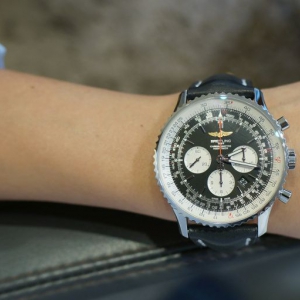 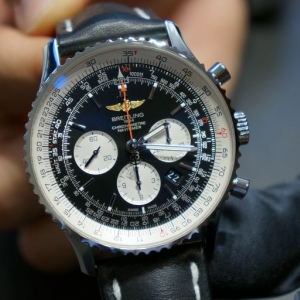 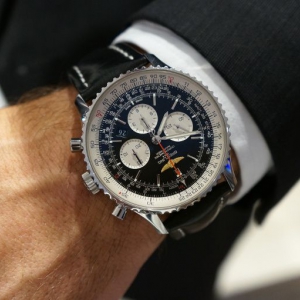 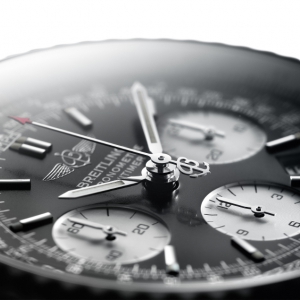 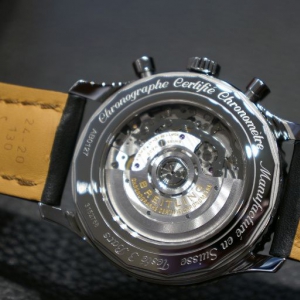 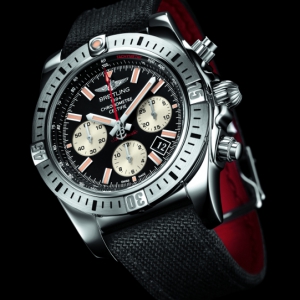 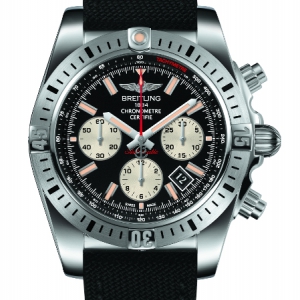 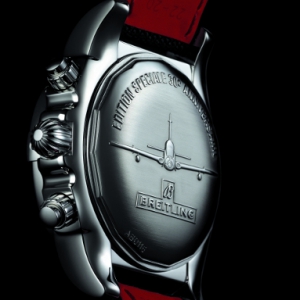 In 1979 the company was taken over by Ernest Schneider, whose son Théodore is presently the CEO of Breitling; the firm has maintained its private status. Throughout its history Breitling has supplied chronographs to various air forces and created perfect “wristruments” to pilots, such as the Chronomatic and Navitimer collections or the Emergency, which throws lifeline to those living on the edge with its satellite alert system. Beyond the tasters of René Schudel we enjoyed that of Breitling’s historic pieces, too. 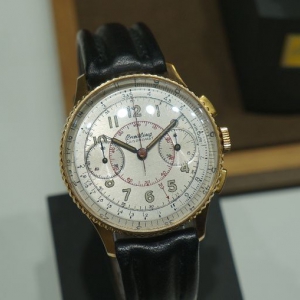 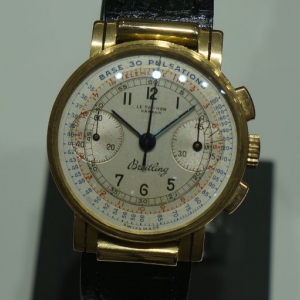 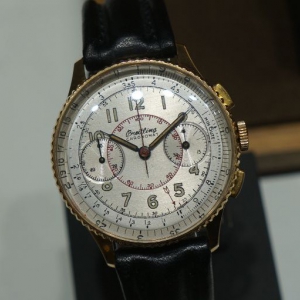 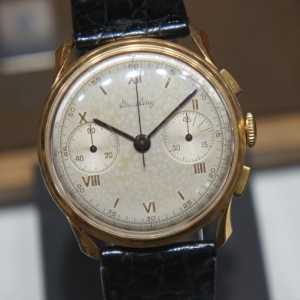 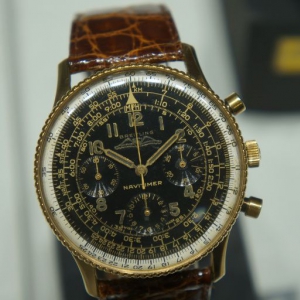 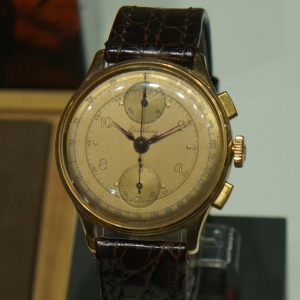 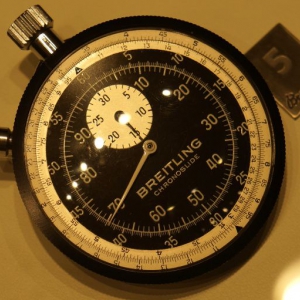 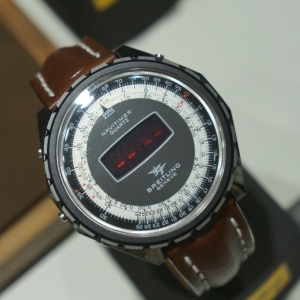 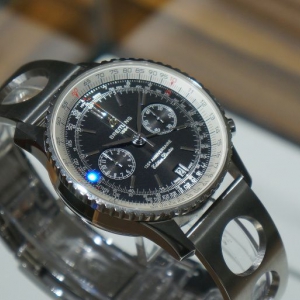 Live. Play. Repeat - Breitling Endurance Pro At the start of the Geneva Watch Days, Breitling organised launch events to introduce their Endurance Pro line at the Four Seasons Geneva.Breitling Chronomat for women We had the opportunity to preview the new Breitling Chronomat women watches in the Breitling boutique in Vienna.Breitling Superocean Heritage ’57 Pastel Paradise Capsule… Breitling wants us to finally enjoy a colorful life and summer - this June the brand launched the Superocean Heritage ’57 Pastel Paradise Capsule Collection for women.