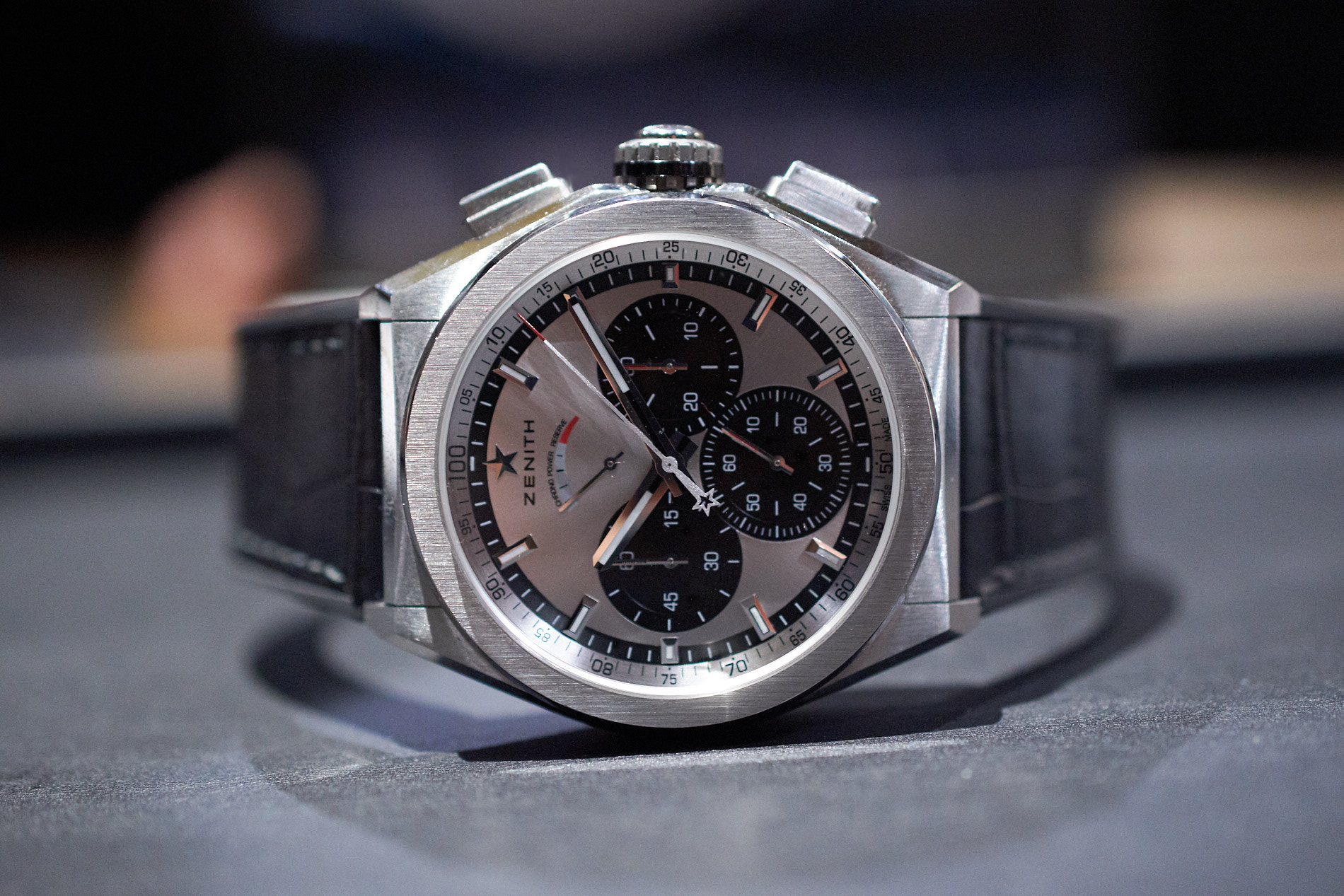 The Lucerne boutique of Les Ambassadeurs organised an exclusive customer event for Zenith timepieces in the historic Wasserturm (water tower). Andrea Marco Brüesch boutique manager in Lucerne and Zenith Brand Manager Patrick Jaron introduced Zenith’s new regulator, which is suggested to operate in models produced in series from 2018 onwards. We saw the first birds called Zenith Defy Lab as well as this year’s other newcomer the El Primero Defy 21.

In April, Jean-Claude Biver named Julien Tornare (former International Sales Director and Managing Director of Vacheron Constantin) as his choice for the role. The goals were made clear: put the company back on an economically viable track by renewing the brand, which by the way has a rich tradition and high technical credentials. This means a stronger focus and presence in the segment defined between Hublot (avg. CHF 20k) and TAG Heuer (avg. CHF 3k).

To achieve it, one must step away from the old habits. In summer, Zenith announced a partnership with one of the most divisive companies in the luxury watch industry, Bamford Watch Department. Bamford is a British watch customizer, founded by George Bamford – known especially for its revamped Rolex watches. As they declare: “If you can imagine it, we can create it”. Bamford now offers double-branded Zenith watches (the Zenith Chrono El Primero and the Zenith Heritage 146 Chronomaster models), which customers can customise over the web without losing the Zenith official warranty. Zenith will continue to accept these timepieces for servicing. You might like or dislike the move, but stepping into the thus far forbidden fields of “official authorised customizers”, Zenith left the common rigour behind and clearly distinguishes itself. If the image the step was part of is built up well and tightly controlled, the management has a good chance of emphasising Zenith’s coolness and renewing the brand. 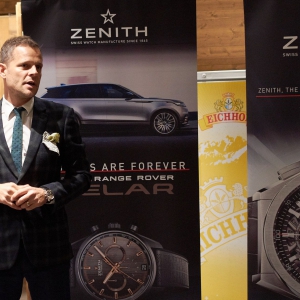 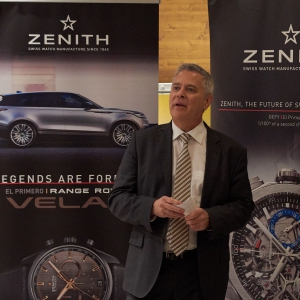 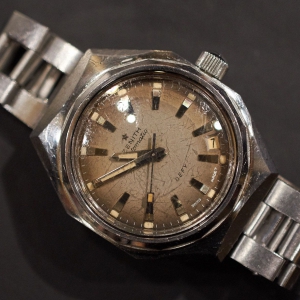 At Baselworld Jean-Claude Biver mysteriously talked about an upcoming technical milestone, which Zenith officially achieved in June. The company introduced a new regulator based on the phenomenon of elastic body deformation. Similarly to Parmigiani Fleurier’s Senfine escapement (Pierre Genequand escapement), it is built on the elastic attributes and durability of silicon and go beyond applying the new material for the balance spring in the conventional shape. In fact, they both realise a scientifically designed balance wheel, which embeds elastic springs in a single monolithic silicon structure. Thus, the contact of moving bodies in the regulator is reduced to a very direct touch of the oscillator-integrated anchor and the escape wheel. Hence, rubbing friction is reduced greatly, which together with the small amplitude of the oscillator increase the efficiency of the entire mechanism. Zenith’s balance wheel, integrated in the experimental ZO 342 calibre, occupies the size of almost the entire movement and moves with an incredible 108,000 vibrations per hour (15Hz) frequency, 6 degrees clockwise and 6 degrees anti-clockwise. According to Zenith, the accuracy of the ZO 342 movement is in the range of +/- 0.3 seconds a day (just to compare, COSC standard allows -4/+6).

Having access to the developments of Hublot and TAG Heuer (and sharing some R&D resources), Zenith encased the first 10 movements in Aeronith, an aluminium alloy developed by Hublot. This limited first-series is called Zenith Defy Lab and were made available for collectors only. However, the regulator will be very much a serial component in other Zenith and even non-Zenith timepieces from 2018 onwards. 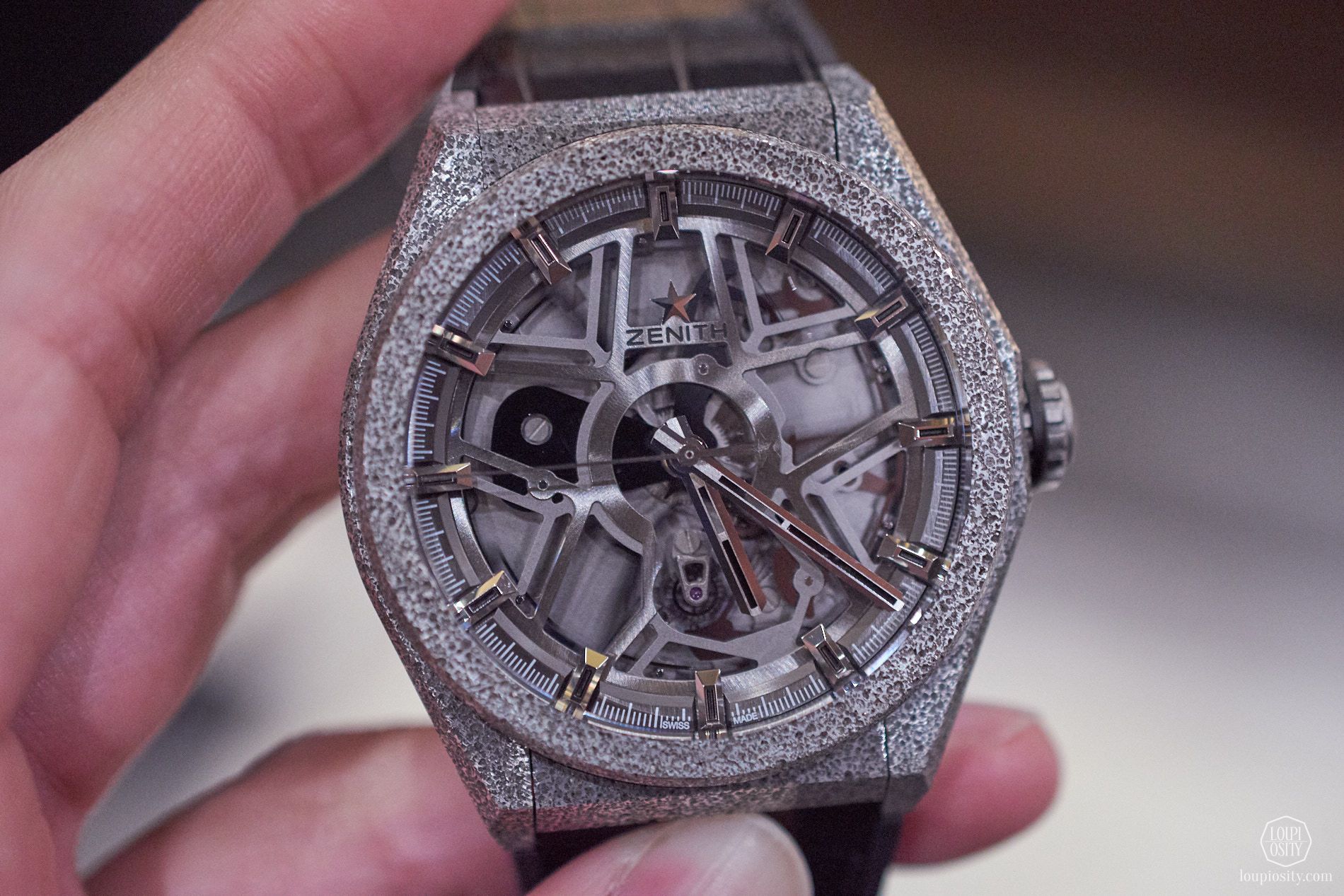 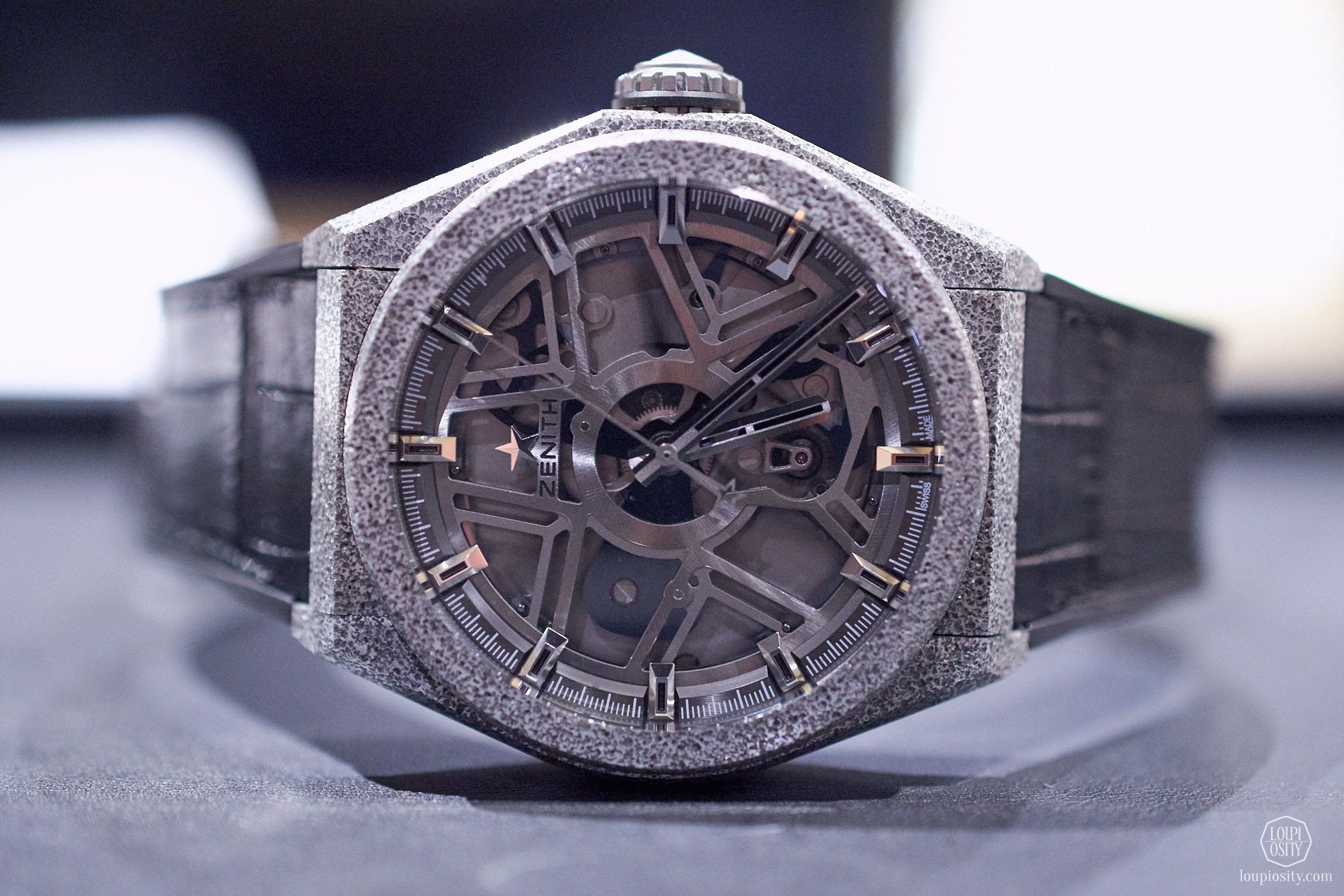 Presented first at Baselworld 2017, this model is a conventional Swiss lever escapement chronograph. It has two remarkable characteristics: it operates in the ultra-high frequency range with separate regulators for time and chronograph functions and it offers this package for below CHF 10k. 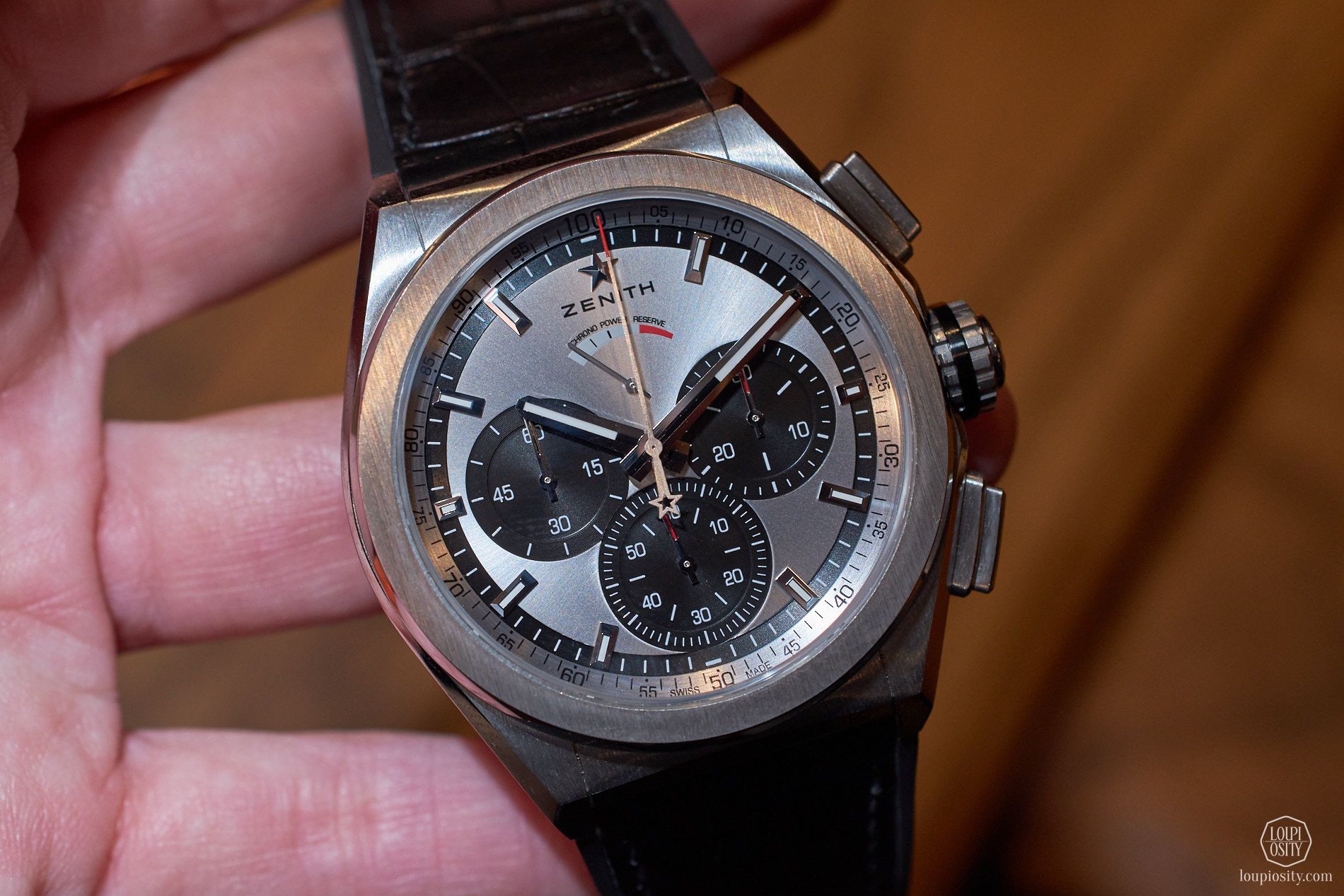 The El Primero 9004 movement is a major change from the previous El Primero movements (by the way Zenith was the first to come out with an automatic chronograph series in 1969). Although the time and chronograph mechanisms are integrated, they both have their own regulators, gear trains and power sources. This is to satisfy the energy requirements of the two different high-frequency oscillators: one beating at 36,000 vph (5Hz) for the time function and a second 360,000 (50Hz) for the chronograph. The watch has a 50-hour running time, while the chronograph can measure time intervals for 50 minutes with one full wind. In change, it does it to the 100th of a second accuracy. When started, the central chrono hand circles once each second – when stopped, it shows the 100th seconds on the scale at the circumference. Seconds can be read in the sub-dial at 6 o’clock, while minutes up to 30 at 3 o’clock. 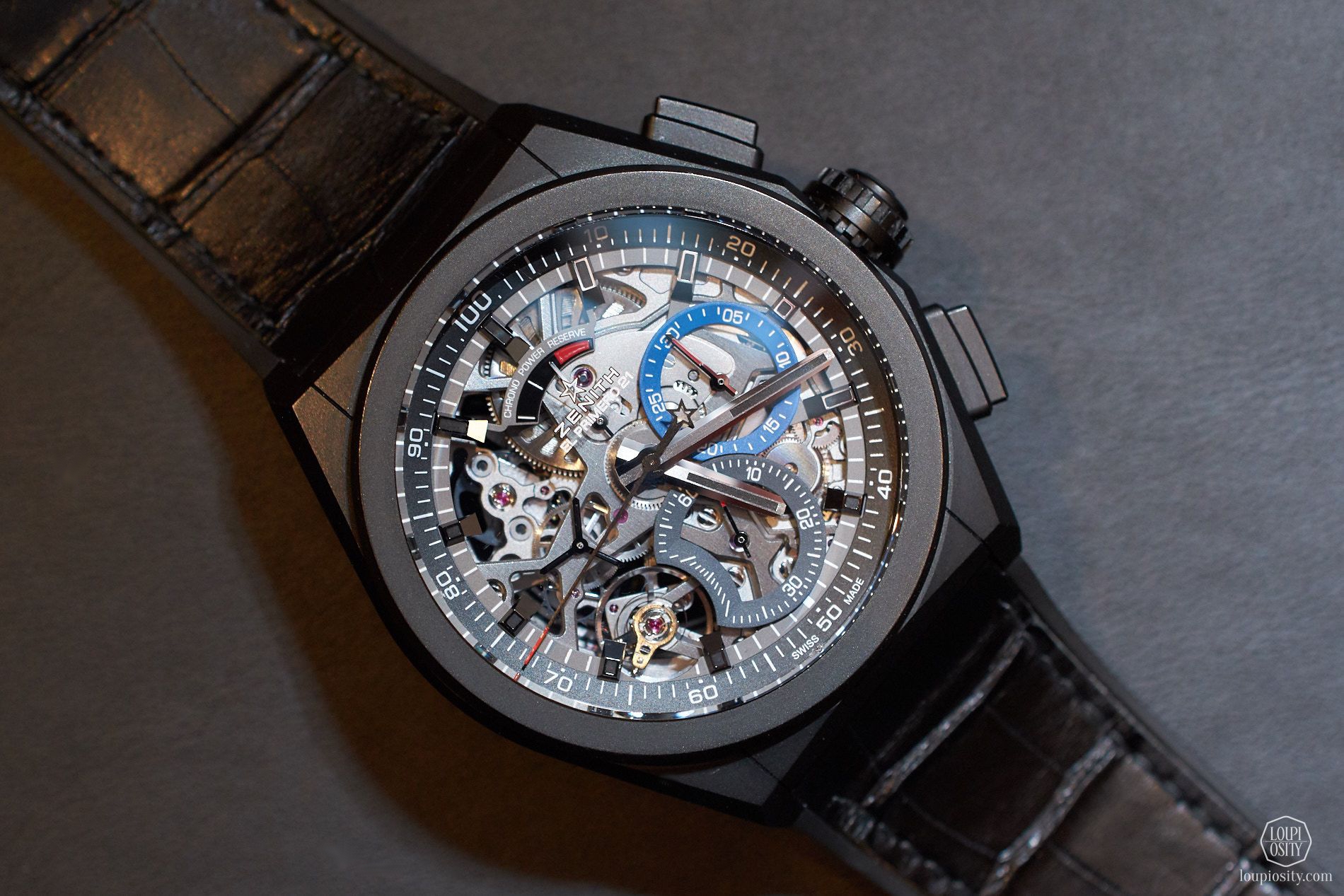 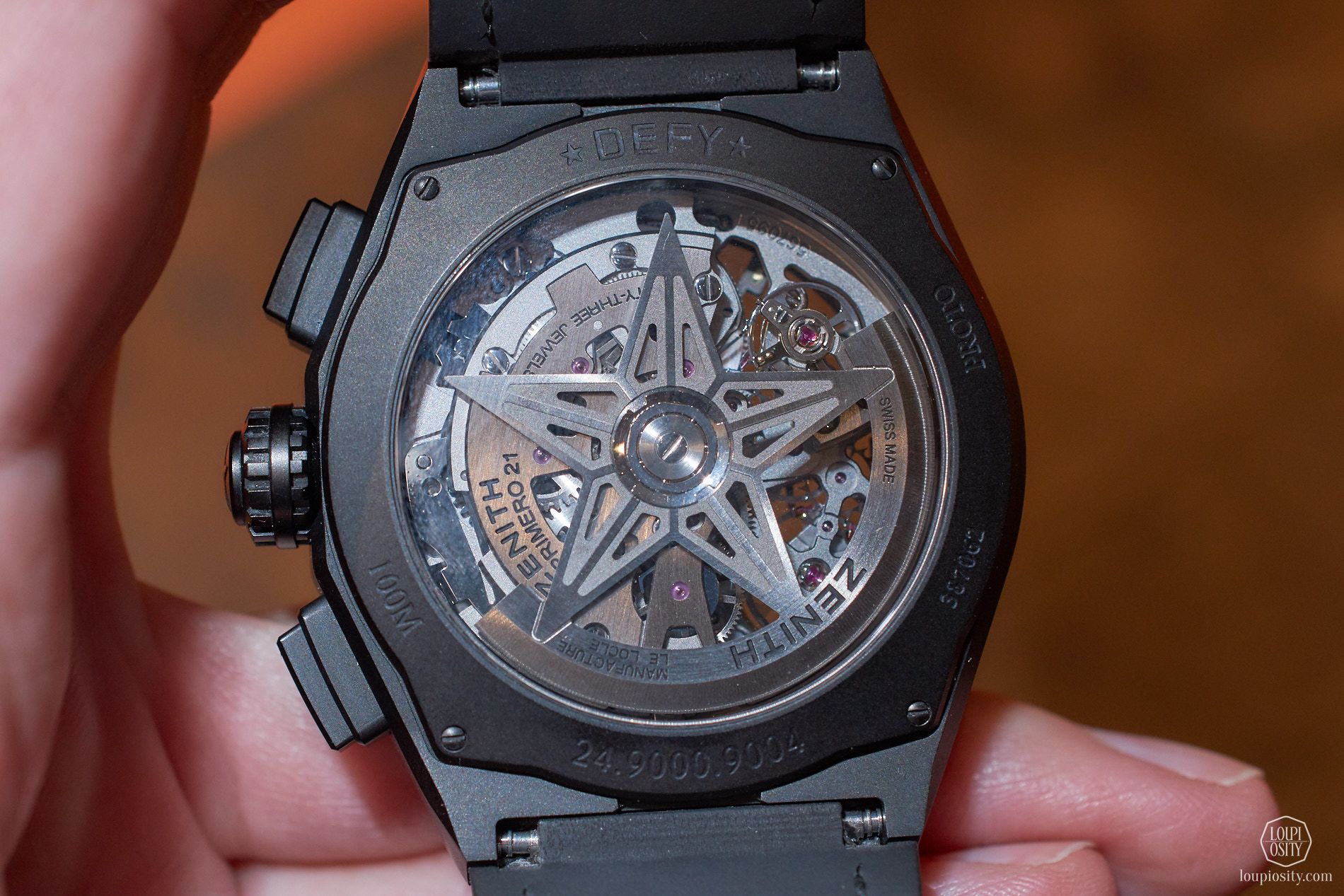 The timepiece is a strong contestant in the sporty chronograph scene, which I hear is sought after at Les Ambassadeurs – the first, newly ordered timepiece was just handed over at the event accompanied by Jean-Claude Biver’s best wishes manifested by his own signature on the watch box and his cheese for the event participants.

Whether Julien Tornare (and Jean-Claude Biver’s determination) can turn Zenith around is a story currently being written, but there are clear steps – some of which quite unorthodox – that make Zenith’s face clearer and more distinctive. We look forward to 2018!