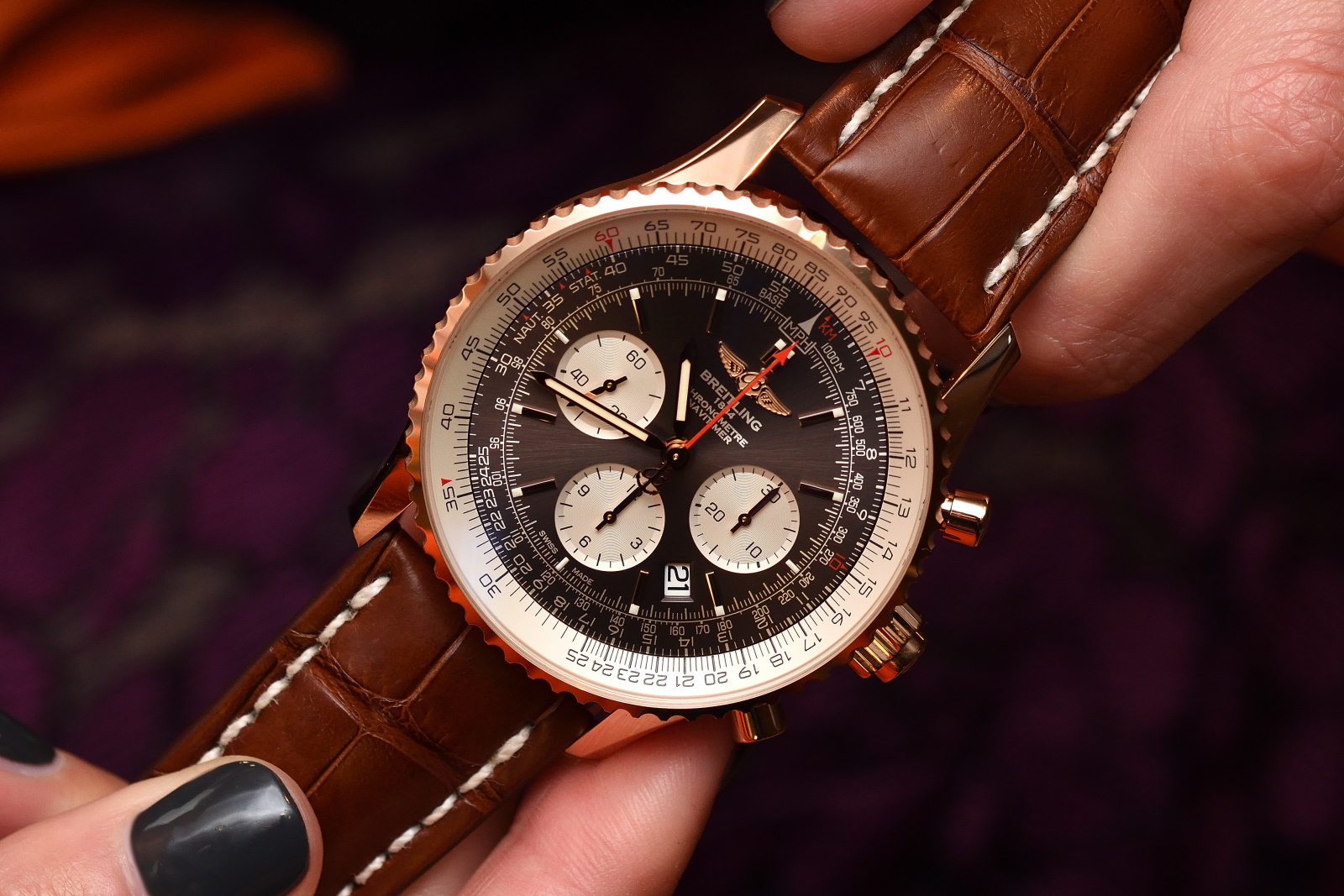 Breitling and Tudor have recently announced their “movement exchange program”. According to the agreement, Tudor will make its own MT5612 three-hands movement available for Breitling – referred to as calibre B20 by Breitling. In exchange, Breitling’s B01 automatic column-wheel chronograph will land in Tudor’s Black Bay chronograph with slight modifications as the MT5813. B20 debuted in the Breitling Superocean Héritage II in 2017.

Breitling completed B03, its own split-second chronograph movement, which made its way into the long-favourite Navitimer collection.

We visited the company at Baselworld.

Split-second chronographs (or rattrapante, from the French “rattrap” catch up expression) can measure elapsed time with multiple interim readings by two superimposed chronograph seconds hands. Upon activating the mechanism, they run together. When a button is pushed the hands split: one continues to run, while the other stands still. Once the time was recorded, the same button makes it catch up with the running hand.

Breitling had collections called Duograph and Datora in the mid-20th century including split-second chronographs. Movements in those was provided by Venus (cal. 179 and 185), a company which was acquired by Valjoux in 1966. Some of these were exhibited at the Zurich boutique of Les Ambassadeurs in 2015.

At Baselworld 2017 Breitling presented B03, the first ever rattrapante chronograph movement the company has self-manufactured. They incorporated it in probably their most coveted collection, the Navitimer.

The Navitimer first flew 65 years ago. It was developed from the 1942 Chornomat further with a slide rule bezel to enable calculations of climbing and average speeds and fuel consumption. They were equipped with Venus and Valjoux manually wound movements until 1969, when Calibre 11, the first automatic chronograph movement made in secret collaboration between Dubois Dépraz, Breitling and Heuer was installed. The quartz crisis hit Breitling and Willy Breitling sold it to Ernest Schneider in 1978. Navitimers returned with the 81600 model in 1986. In 2009, Breitling introduced the B01 automatic movement and placed it in the Navitimer 01 (the same calibre that is now traded with Tudor).

The new B03 movement was created on the basis of the B01. The 28 parts of the split-seconds mechanism have been placed as one module between the calendar mechanism and the mainplate. During servicing, the watchmaker can remove it in one block.

The 45mm diameter timepiece comes in two metal versions: one in steel and one in red gold, which edition is limited to 250 pieces. The latter has a transparent case back with a view to the B03 calibre. Both versions share the bronze-coloured dial and silver toned sub-dials and inner bezel. The pusher on the crown stops and restarts the split second hand. The red chronograph hand ends in the B logo, while the split seconds hand has a little anchor symbol at its base. 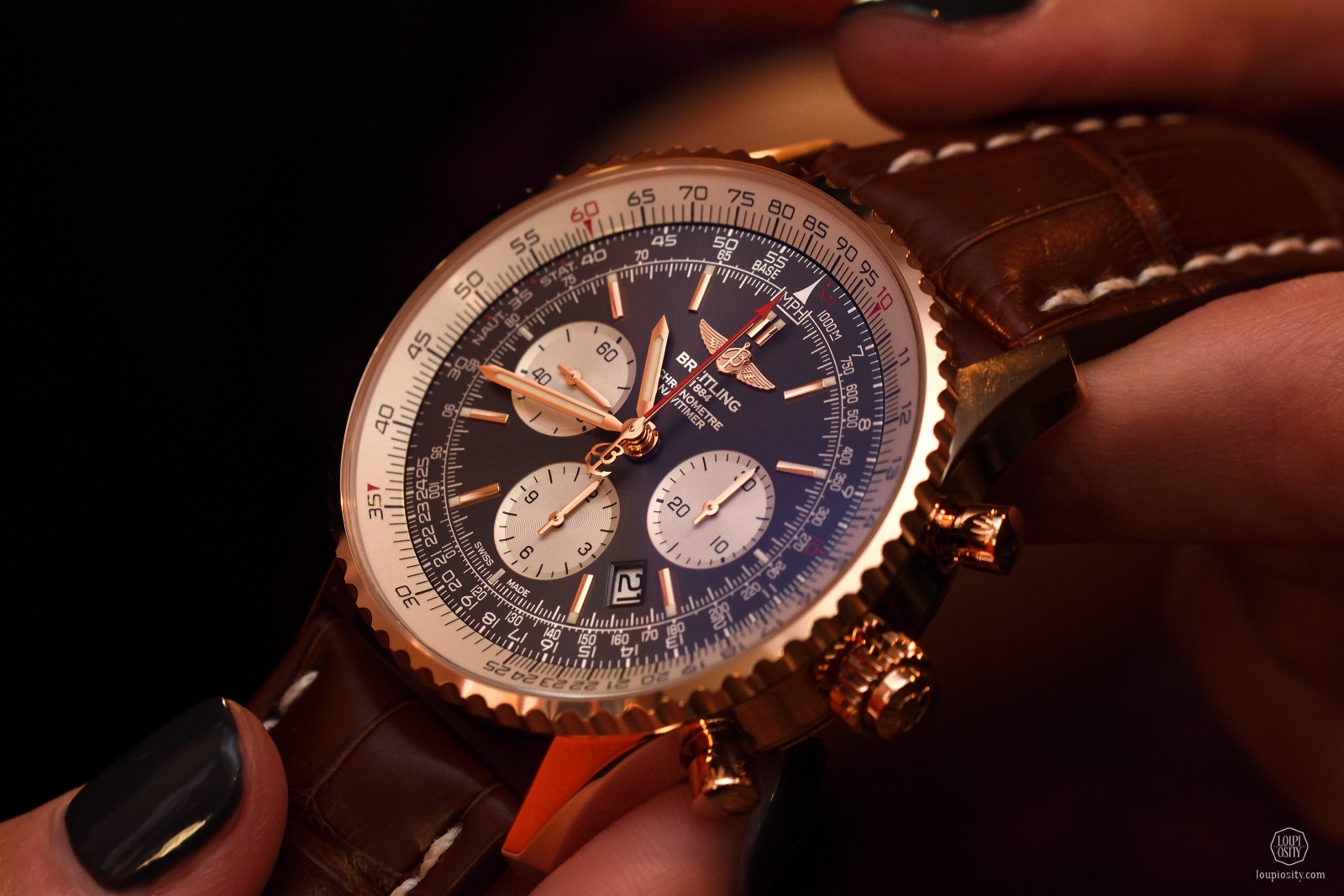 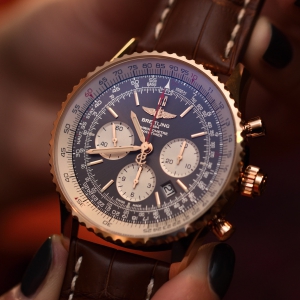 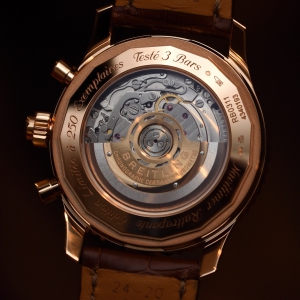 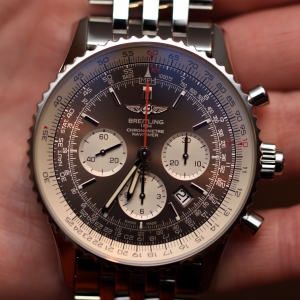 There are two major add-ons to the previous Héritage model: it received a new steel bezel with a ceramic inlet, and what is more interesting, Tudor’s modified MT5612 three hands 4Hz COSC calibre was placed in it.

The watch is offered in 46mm and 42mm diameter steel cases in the above configuration and a 46mm chronograph with the B13 movement (based on Valjoux 7750). There are a number of options for the colour of the bezel, the dial and the strap, as well as the material of the strap. 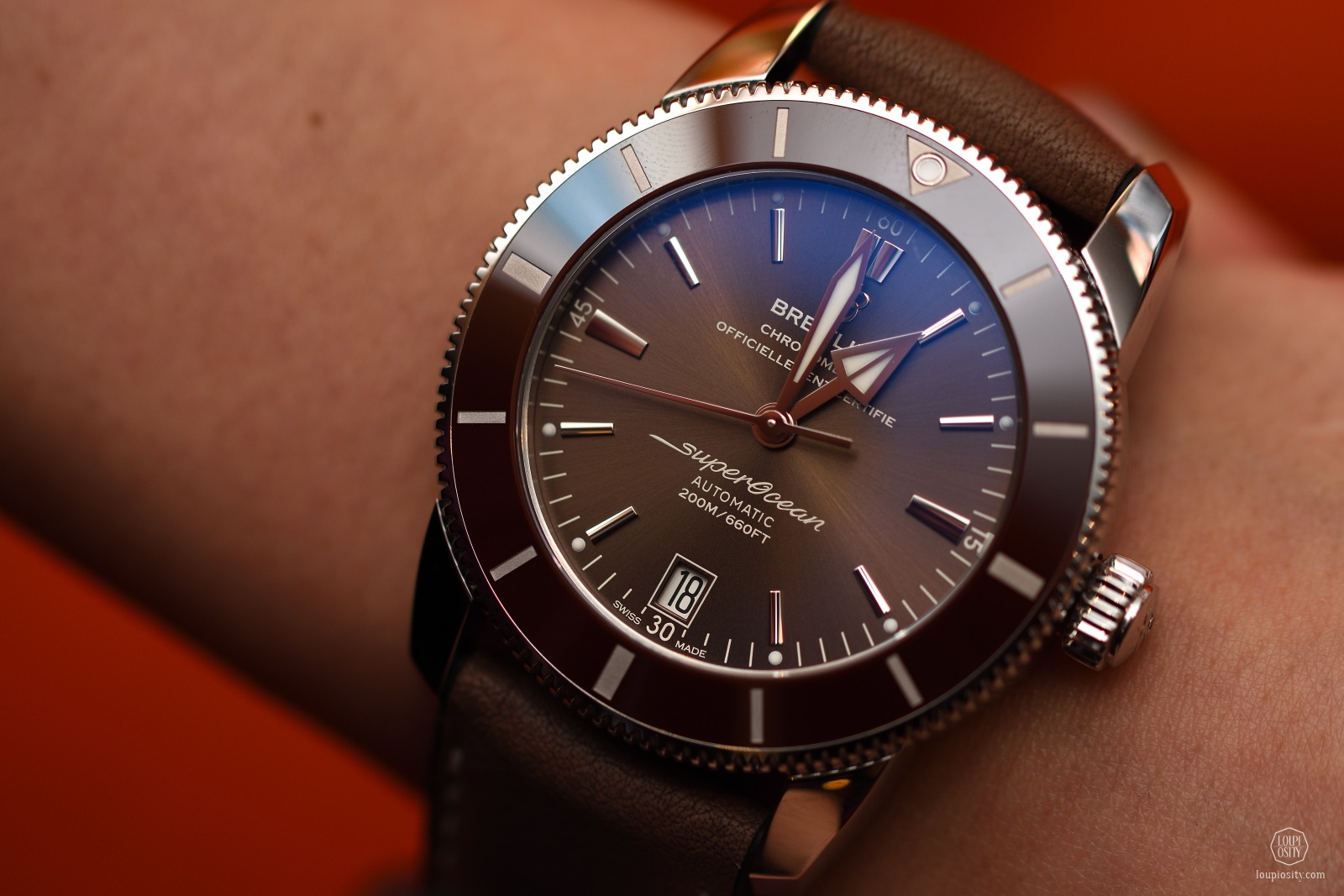 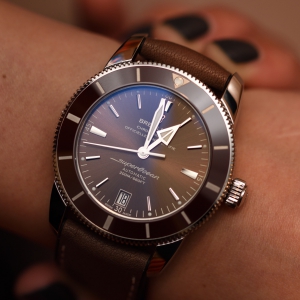 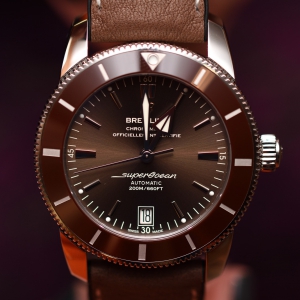 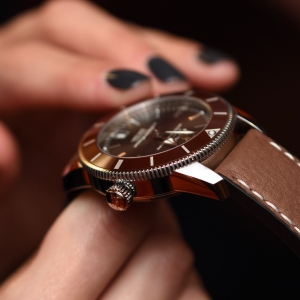 The tones of last year’s Avenger Hurricane were slightly modified and issued in a 1000 unit limited edition under the name Avenger Hurricane Military. The colour of the indexes, hands and numerals changed from white to patinated yellow-beige and a khaki Military textile fibre strap with rubber lining was attached to it. 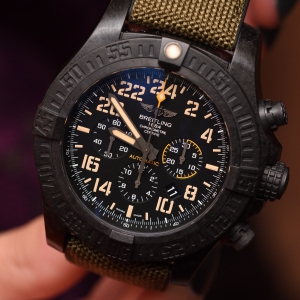 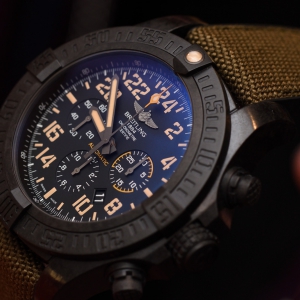 Breitling Chronomat for women We had the opportunity to preview the new Breitling Chronomat women watches in the Breitling boutique in Vienna.Breitling Superocean Heritage ’57 Pastel Paradise Capsule… Breitling wants us to finally enjoy a colorful life and summer - this June the brand launched the Superocean Heritage ’57 Pastel Paradise Capsule Collection for women.Live. Play. Repeat - Breitling Endurance Pro At the start of the Geneva Watch Days, Breitling organised launch events to introduce their Endurance Pro line at the Four Seasons Geneva.