The Cartier Tank Française watch is back in the limelight – new references were just released, alongside with the Maison’s latest campaign film dedicated to the re-launch of the watch.

Last November we visited the Rare Watches Exhibition in Geneva, discovering more than 30 exciting timepieces at the La Résidence space in the Rue du Rhône boutique. A whole cabinet was dedicated to Cartier Tank watches, one of the many icons of the brand.

Everyone is kind of familiar with Cartier’s Tank models, even those who are not really interested in watchmaking. The model is very recognisable and throughout the years it became also part of the ‘pop culture‘. Louis Cartier created this watch in 1917, and gifted the prototype to the American John Joseph Pershing in 1918, who was the general officer leading the American Expeditionary Forces in World War I.

The inspiration for the case design was the shape of the Renault tanks of WWI, and the main characteristic was that ‘two side pieces of the Tank seamlessly connect the strap to the case’.

It went into production in 1919 and soon it became immensely popular. The Tank has been reinterpreted by Cartier in many models – the curved Tank Cintrée (1921); the Tank Louis Cartier (1922) with softened edges; the Tank Must de Cartier (1977) without numbers on the coloured dials; the Tank Américaine (1988) with larger dial, the Tank Française (1996) with metal bracelet or the Tank Anglaise (2012), just to name a few – while always remaining faithful to Louis Cartier’s original concept.

The large steel model has a self-winding automatic caliber, while the others include high-autonomy (8 year) quartz movements. 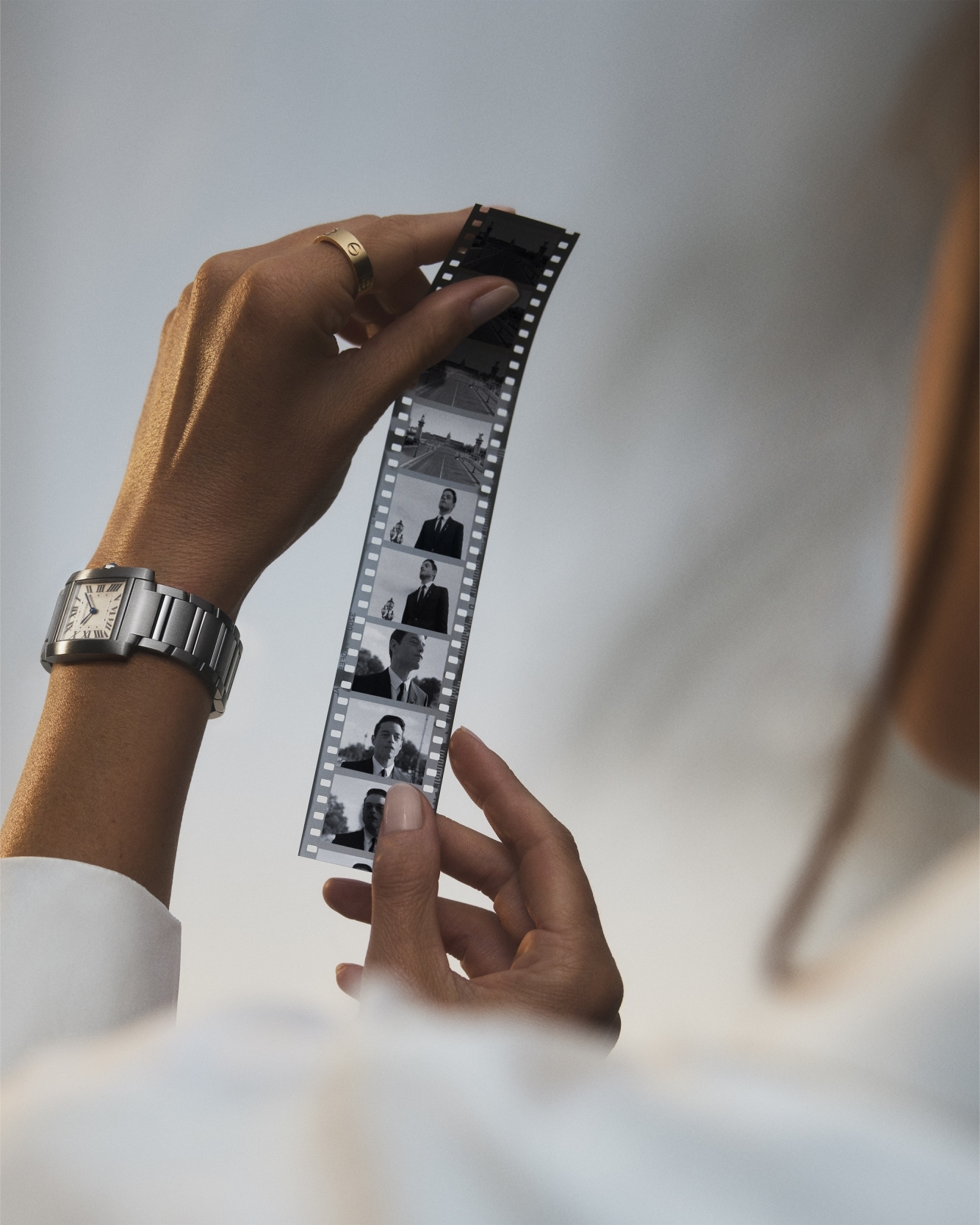 The new models opted for a more contemporary design with more rounded brancards (the elongated bars of the case), applied numerals, sunray or stain finish on the dial (depending in the model size) and mostly satin finishes on the case and bracelet. The crown has been integrated into the case, underlining the ‘monobloc-look’. 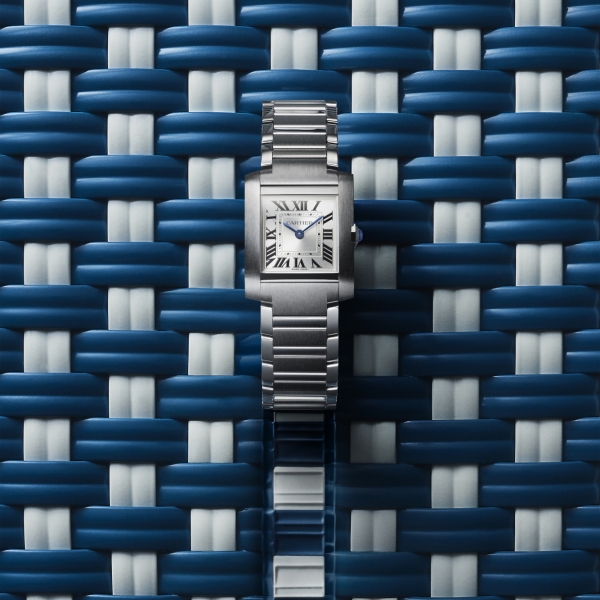 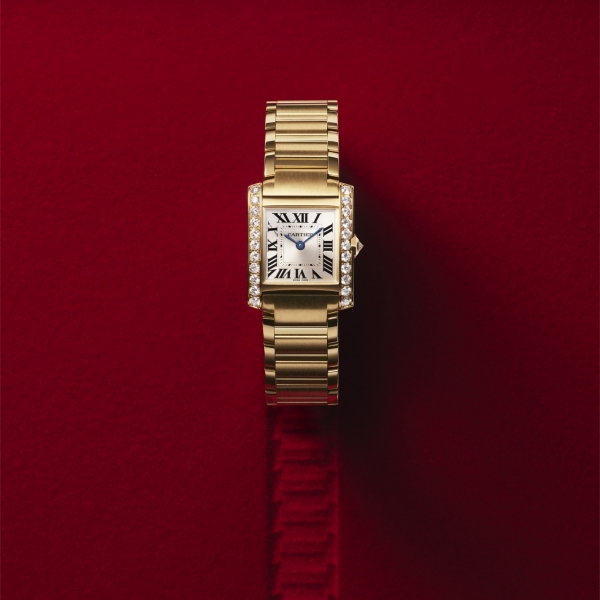 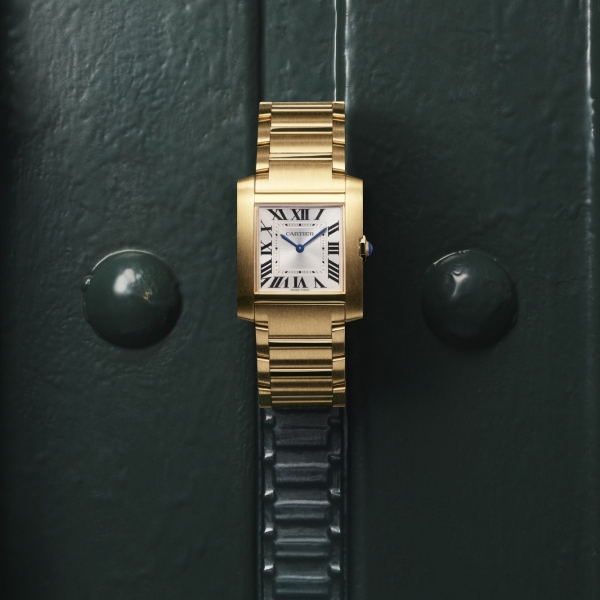 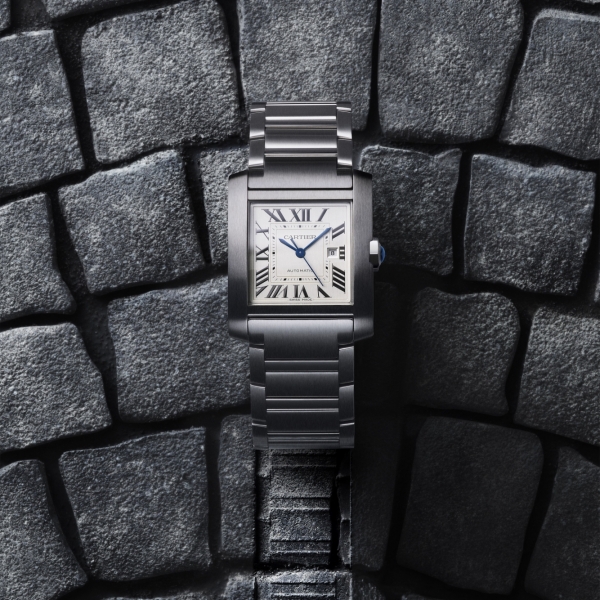 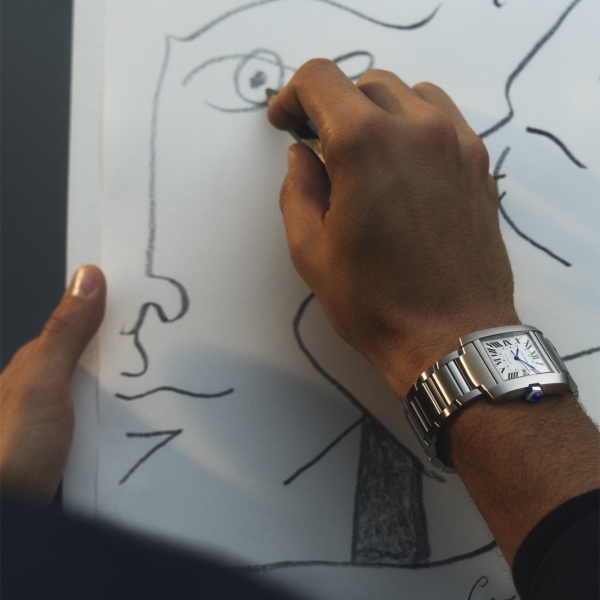 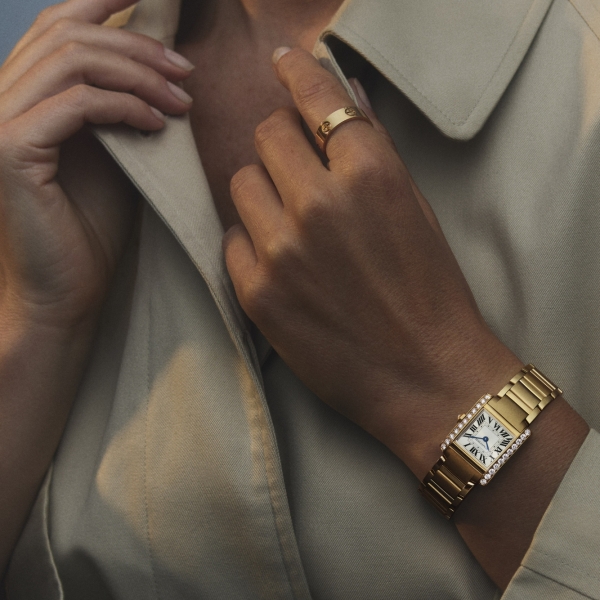 As Marie-Laure Cérède (Creative Director of Jewellery and Watchmaking at Cartier) sums up – ‘The new Tank Française reflects a creative conviction. Like rediscovering the raw nature of a cut stone, it was about capturing the watch’s radical shape, simplifying its essential lines and stripping them of all embellishment to return to the myth’s origin.’

The campaign film is a tribute to cinema and to the idea of creative freedom upheld by Cartier. It was directed by Guy Ritchie and starred Rami Malek, one of the most singular actors of his generation, and Catherine Deneuve, the French legend of cinema and style. 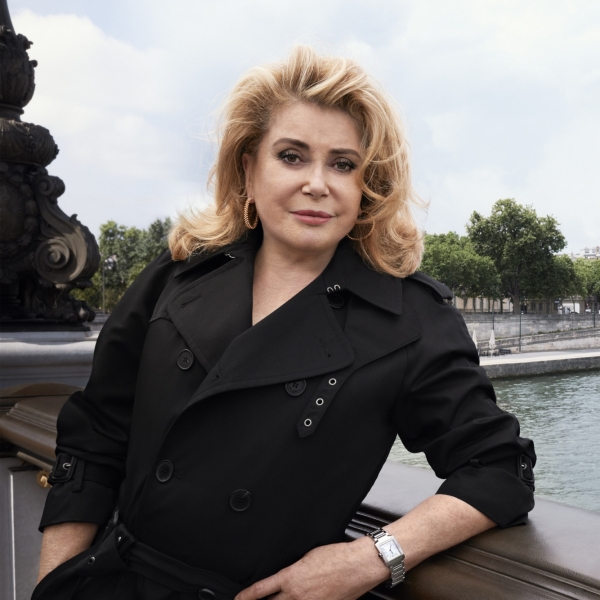 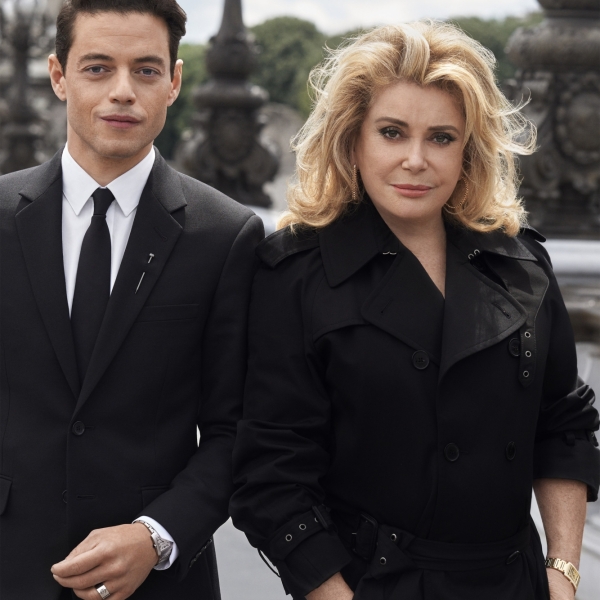 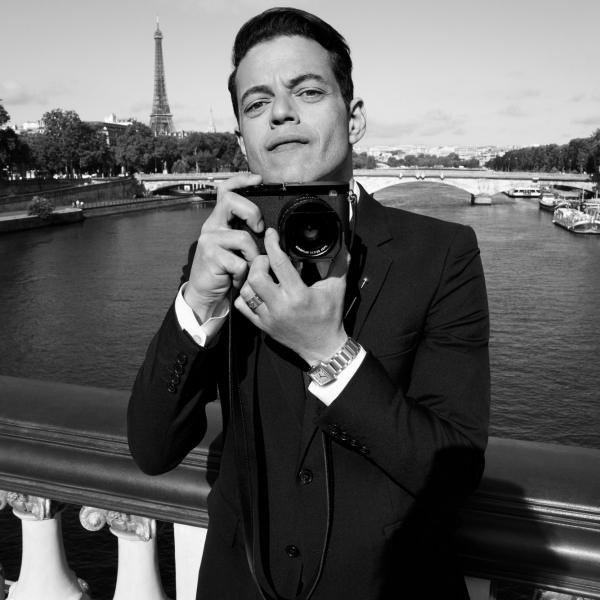 Cartier 'Rare Watches' exhibition in Geneva Cartier Geneva had a special treat for watch lovers last weekend - the Rare Watches Exhibition included more than 30 exciting timepieces at the La Résidence space in the Rue du Rhône boutique. The showcase was open to the public for just two days. We were lucky enough to browse around some amazing Cartier icons. Cartier Métiers d'Art - Watches & Wonders The Cartier artisans in La Chaux-de-Fonds every year reveal new ‘Métiers d’Art’ watches, using very special techniques and showcasing different reinterpretations of the panther - the emblematic animal of the Maison.Watches and Wonders 2023 Geneva Watches and Wonders opens its doors to the public and launches ‘In the City’ concept program.