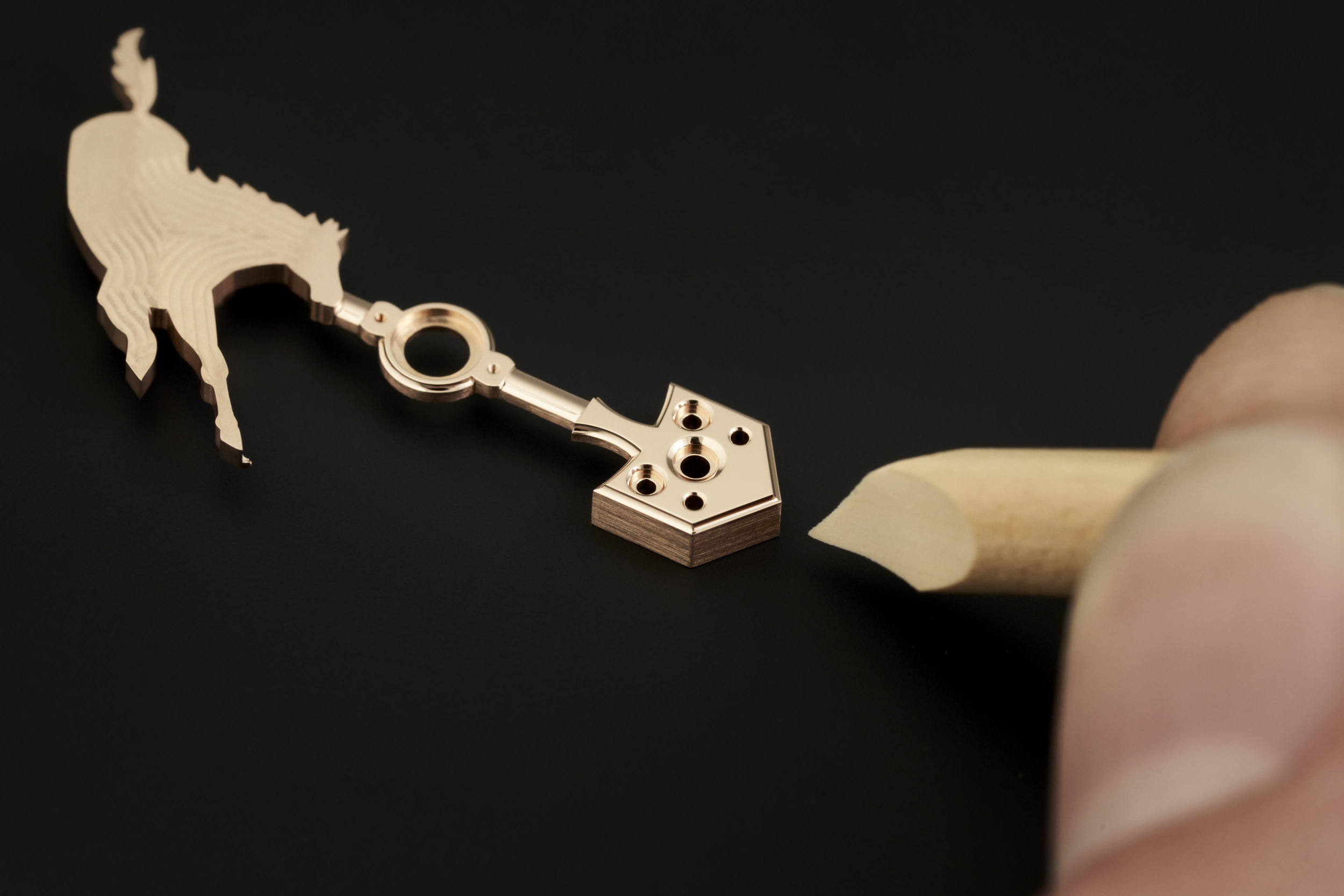 Girard-Perregaux celebrates it 230th anniversary this year – a big birthday to honor. The brand brought great anniversary timepieces to shine in the Dubai sun this November.

In January 2020 we met Patrick Pruniaux; CEO of Kering’s watch brands Girard-Perregaux and Ulysse Nardin in La Chaux-de-Fonds to hear about his mission build up a new strategy for the brand. This year the company commemorates its 230th anniversary and really deserves to find the most fruitful direction forward.

Founded in 1791, Girard-Perregaux is one of the oldest fine watchmaking manufactures still in operation in Switzerland today. It all started with the watchmaker and goldsmith Jean-François Bautte, who created a manufacturing company in Geneva. He incorporated all phases of watch manufacturing – being the most ‘complete’ watch company of his time. In 1906 this company was merged with the Girard-Perregaux & Cie (which was founded by Constant Girard and Marie Perregaux in 1856).

The history of the company includes important milestones – not only purely technical but also highly artisanal and fine design achievements. These include the iconic Laureato, born in 1975, as well as the Tourbillon ‘With Three Gold Bridges’. The latter made the invisible visible: transforming bridges from just a technical element to an integral part of the timepiece – a first in watchmaking.

A wristwatch employing the Maison’s signature feature became the flagship model of the anniversary collection – marking not only the most emblematic creation of the brand but also celebrating the extraordinary precision of several ‘Métiers d’Art’.

In the 19th century the company and Constant Girard was particularly famous for its research made in connection with the manufacture of escapement systems. One of their tourbillons won an award at the Paris World Exhibition in 1867. In 1889 they created the now legendary GP pocket watch, the Esmeralda Tourbillon with Three Gold Bridges, which was rewarded with a gold medal. This piece is the inspiration for the current ‘Bridges’ collection of the brand – which includes very contemporary interpretations as well.

The award winning original La Esmeralda was elaborately engraved by Fritz Kundert, an artisan from Neuchâtel. After the successful event, a famous watch and jewellery retailer, Hauser Zivy & Co. (founded by Mr. Hauser and Mr. Zivy) was tasked with selling the prize-winning watch. They operated ‘La Esmeralda’ stores in Paris and Mexico – hence the name of the piece. The watch was sold to Porfirio Diaz (1830-1915), then President of Mexico. In 1970, a descendent of the president offered the Manufacture the opportunity to purchase the watch back and now it is part of the Maison’s museum collection. 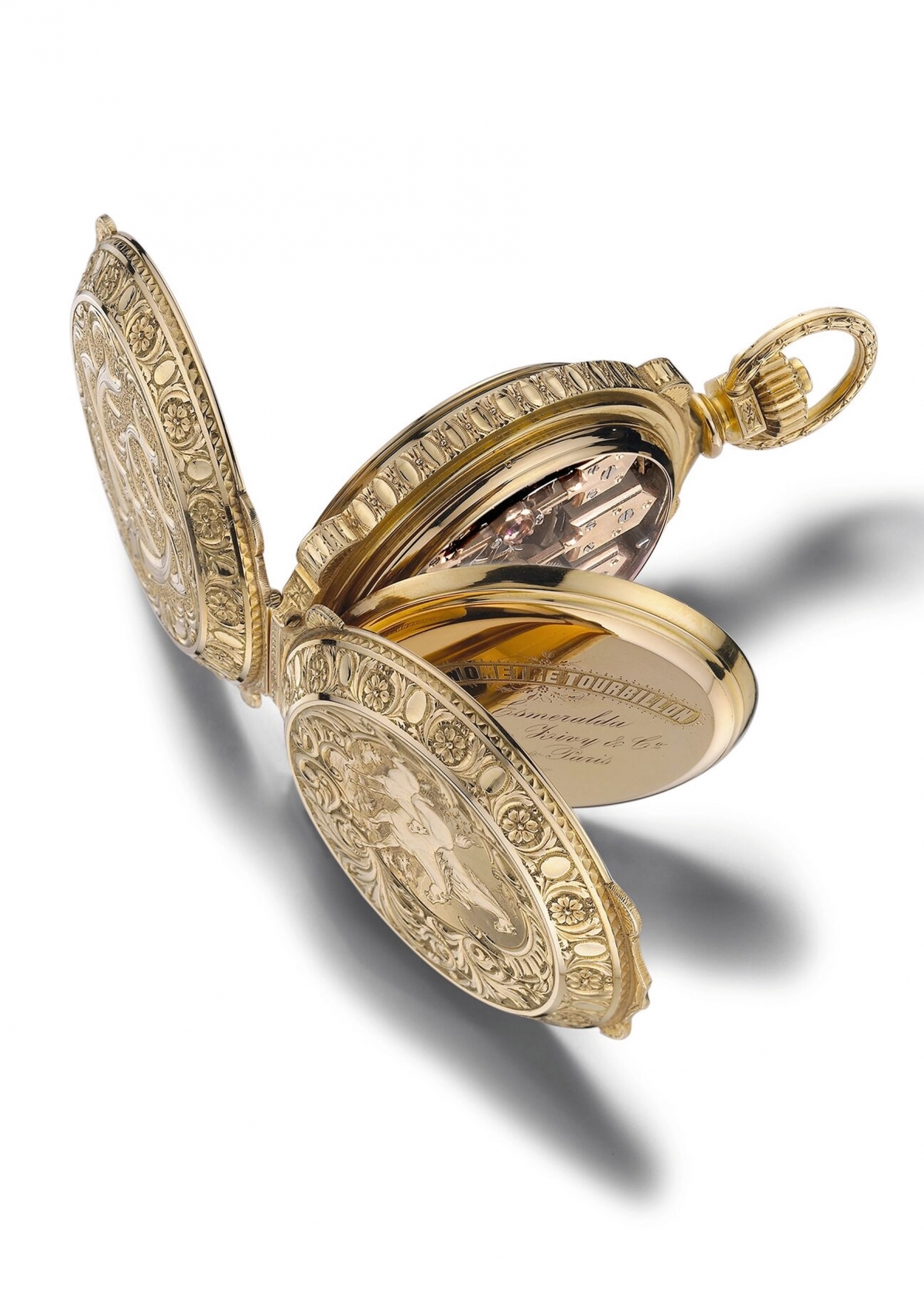 What could be more worthy celebration for the 230th anniversary than a La Esmeralda piece? At the Dubai Watch Week we saw the La Esmeralda Tourbillon ‘A Secret’ Eternity Edition, a wristwatch combining the legendary watchmaking know-how and an array of exceptional artistic crafts.

La Esmeralda Tourbillon ‘A Secret’ Eternity Edition is introduced as part of the Eternity Edition series – together with two beautiful Laureato and a Cat’s Eye model, all limited editions – paying homage to the eternal beauty and meticulous craft of enamel. 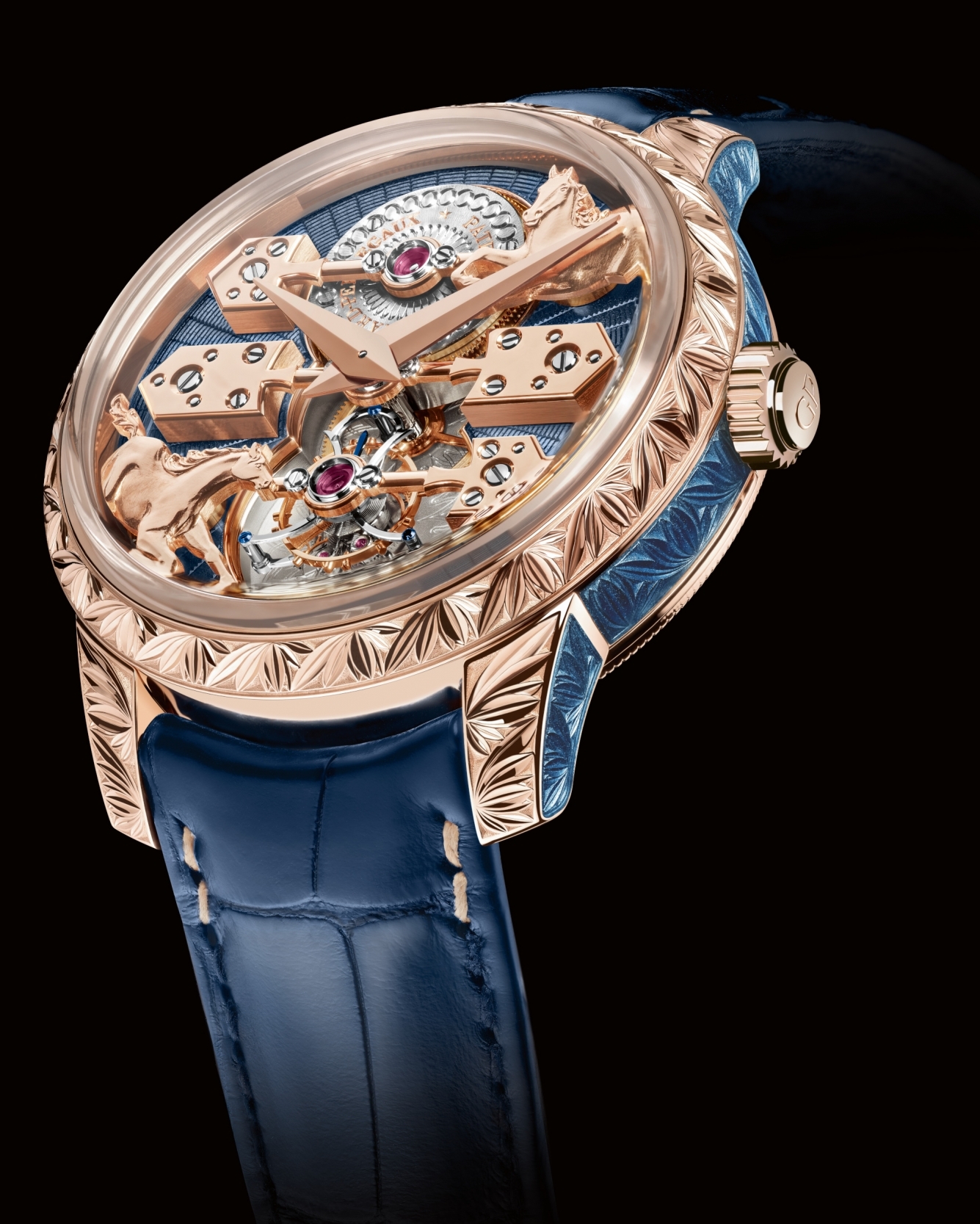 The timepiece has a 43mm 18k pink gold case and a hand-guilloché, blue enamel dial with a sunray motif. The dial features two golden horses as a nice ‘framing’ motif, both replacing one end of a bridge – the lower for the tourbillon bridge from the left side while the top one (close to the barrel) from the right side.

The back of the watch – the blue enamelled ‘hunter-style’ secret cover – features three horses, again inspired by the original La Esmeralda and graced with a sunray guilloché decoration.

Paying tribute to the above mentioned Fritz Kundert, the pink gold case is totally hand-engraved. The bezel, case-band, lugs and buckle are engraved with a delicate leaf motif. The outer part of the cover is adorned with a fluted pattern. Additional engraving graces both the inside and exterior of the secret cover. By pressing the crown pusher, the secret cover reveals the self winding movement, the GP09600-1506 with 50 hours power reserve. It is a 323-part, amazingly decorated, truly ‘haute horlogerie’ movement with hours, minutes, seconds, and tourbillon regulator functions.

La Esmeralda Tourbillon ‘A Secret’ Eternity Edition will be offered in seven different colourways, each produced on request in a maximum of eighteen pieces per colour edition. It is immediately available worldwide through all authorised Girard-Perregaux retailers. 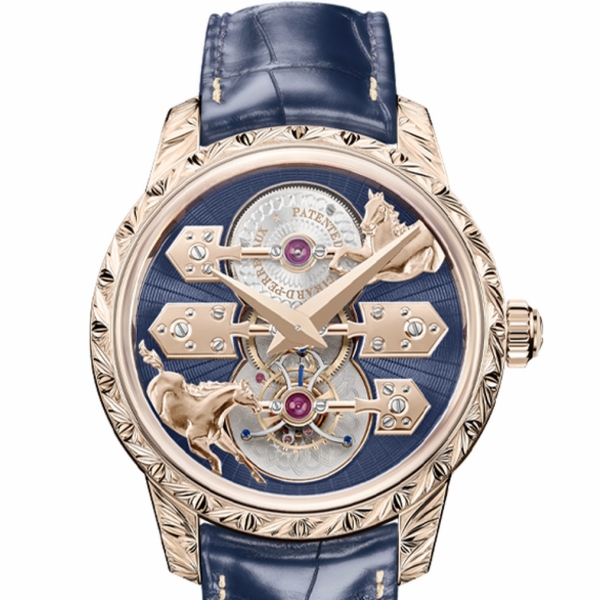 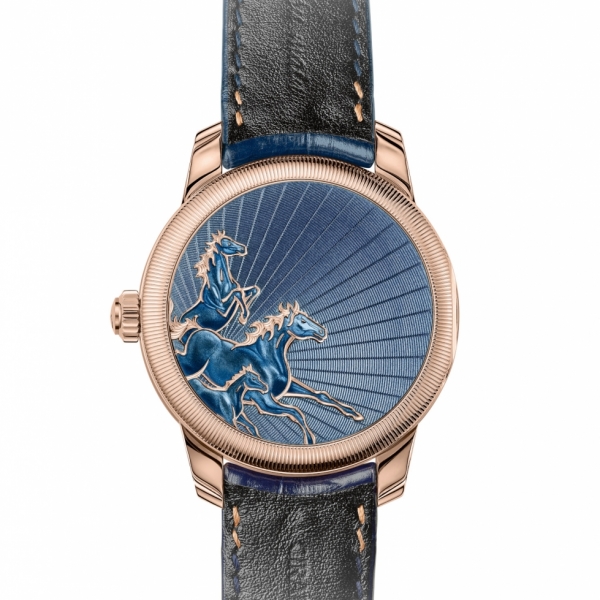 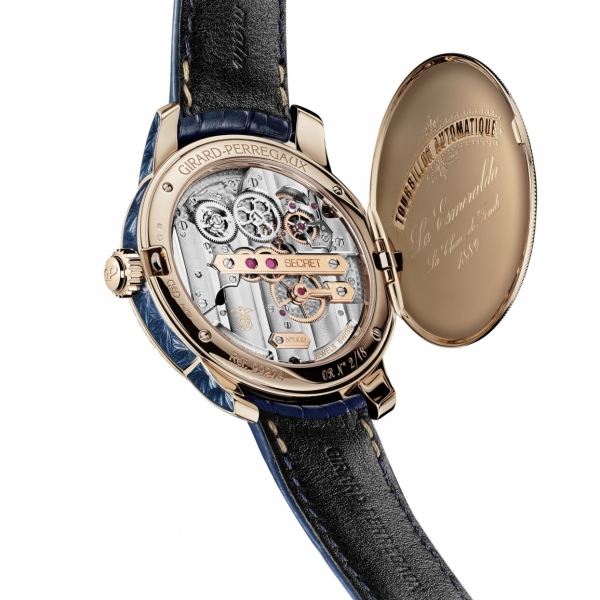 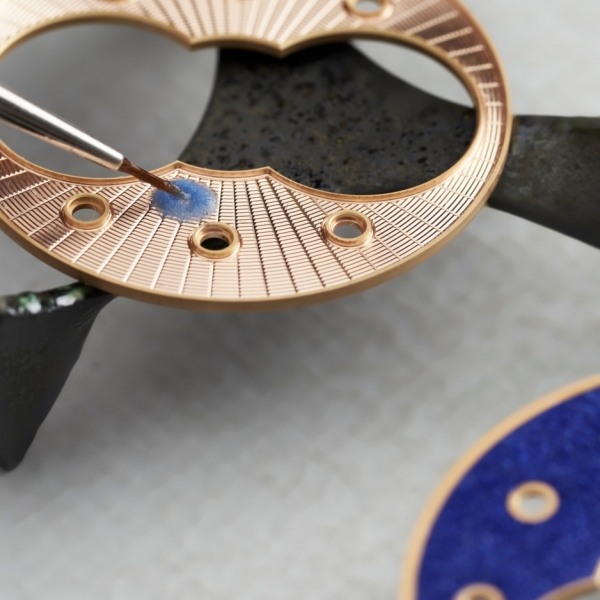 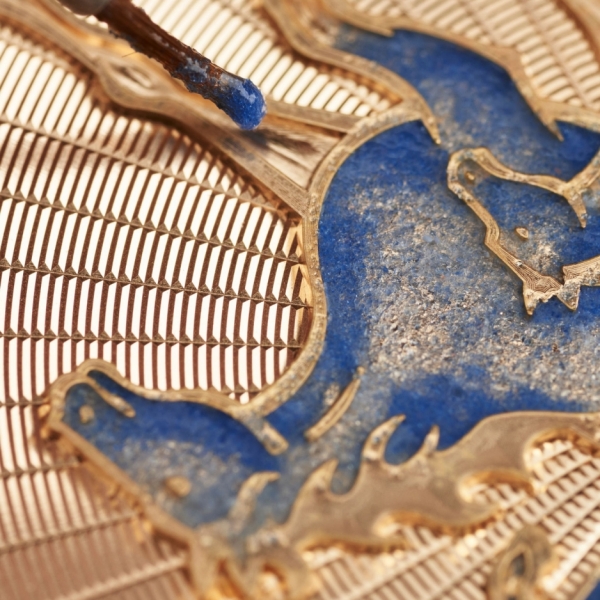 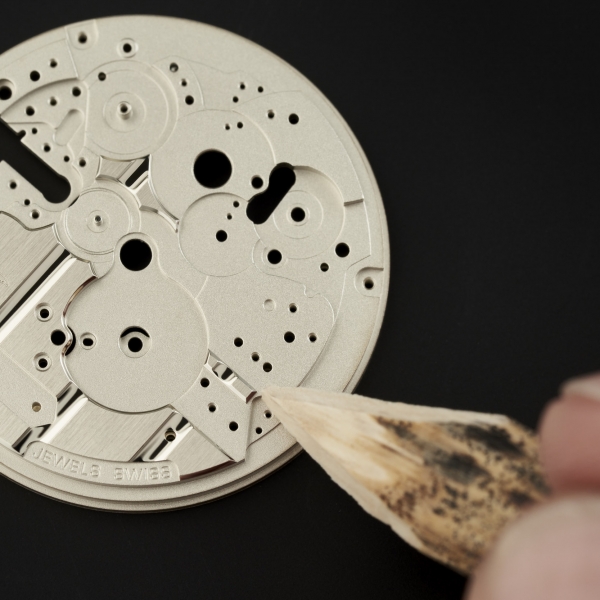 Photo credits: Girard-Perregaux
All registered trademarks are property of their respective owners.
All rights reserved.

Girard-Perregaux: changing strategy We met Patrick Pruniaux CEO of Kering’s watch brands Girard-Perregaux and Ulysse Nardin in La Chaux-de-Fonds to hear about the new strategy of GP.Girard-Perregaux Free Bridge & Infinity Editions On the occasion of the Geneva Watch Days, Girard-Perregaux showcased the new Free Bridge model and a ‘capsule’ collection including a special edition of their existing models.New views An overview about a few upcoming finewatchmaking events - hopefully all in real life - follow us along.