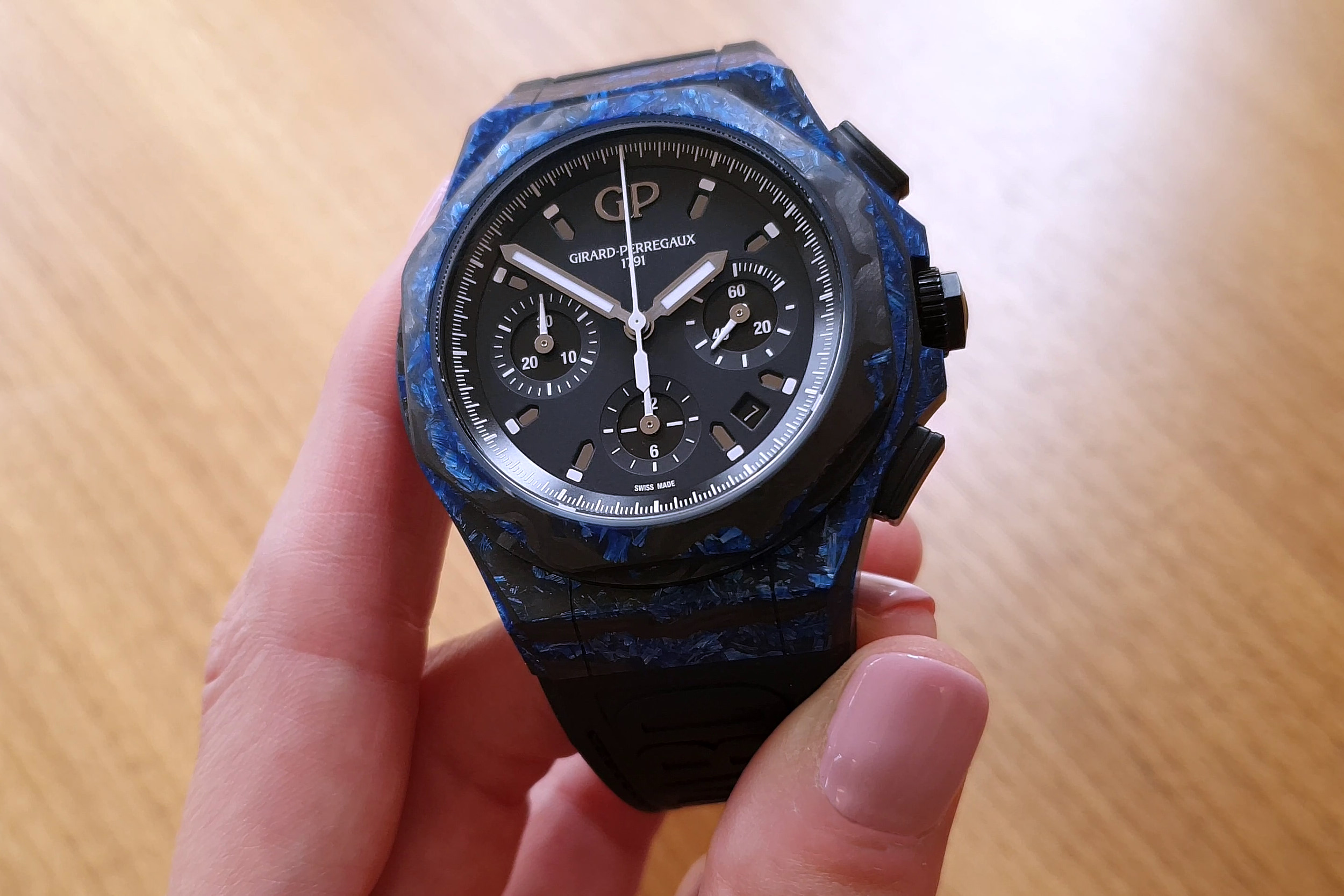 Kering reported a €3,884.6 million 2019 Q3 (up 11.6% on a comparable basis) containing a ‘robust growth of Watches and Jewelry. Watches posted an encouraging performance, lifted by the launch of new models by Ulysse Nardin’. We met Patrick Pruniaux; CEO of Kering’s watch brands Girard-Perregaux and Ulysse Nardin in La Chaux-de-Fonds to hear about his mission of dusting off GP.

Following the passing of Luigi Macaluso in 2010, the 200+ year manufacture has lost a definite direction. Pushing for high-end own calibres, he steered Girard-Perregaux from the quartz era back to fine watchmaking. In 2011 Kering acquired the majority of Sowind Group (the owner of Girard-Perregaux and Jeanrichard) and they recently brought someone from outside the watchmaking industry to shake things up.

Changes have become noticeable at Ulysse Nardin – more thought through product lines for instance which include an unlimited and more affordable collection around the company’s signature Freak experimental series. Things at Girard-Perregaux are about to change too. The presentation at the company’s headquarters in La Chaux-de-Fonds last year timed not much after Kering’s Q3 reports and coinciding with the autumn auction week, revealed hints about where the ship of Girard-Perregaux is sailing towards.

Patrick Pruniaux came from the FMCG (fast moving consumer goods) sector. He worked for Diageo in the late 90’s, then moved to Moët-Hennessy and became the regional director of US & Latin-America. He continued his career at the LVMH Group in TAG Heuer. In 2014, Apple hired him to join the team of launching the Apple Watch. Mr Pruniaux returned to the Swiss watch business in 2017 by managing Kering’s watch brands: Ulysse Nardin in 2017 and Girard-Perregaux in August 2018.

Bringing a wave fresh thinking was almost inevitable as the 1791 established company have had hard times conquering a wider and more progressive audience. The manufacture has been producing beloved high-end collector pieces, but this will be hardly enough for the Gen Y or Z and beyond. His presence at Girard-Perregaux and the mind-set he represents can already been felt at the company. Back in 2014 when I first visited GP the high density of young watchmakers had already been conspicuous, yet the energies today are noticeably different.

New strategy is coming up

According to Mr Pruniaux, in the past one year the team has been working hard to conceive and deliver the seedlings of the new strategy. Having a single person heading up the two brands carries Kering’s obvious intent to find complementing target segments for the products of both companies, while leveraging the possible synergies within the group. This would mean tighter sharing of resources whenever possible, yet shaping clearly distinct images. The facilities – let it be joint or separate in the Le Locle – La Chaux-de-Fonds axis – allow the two companies to quickly restructure production lines based on changing needs. They can also share mechanisms and parts. 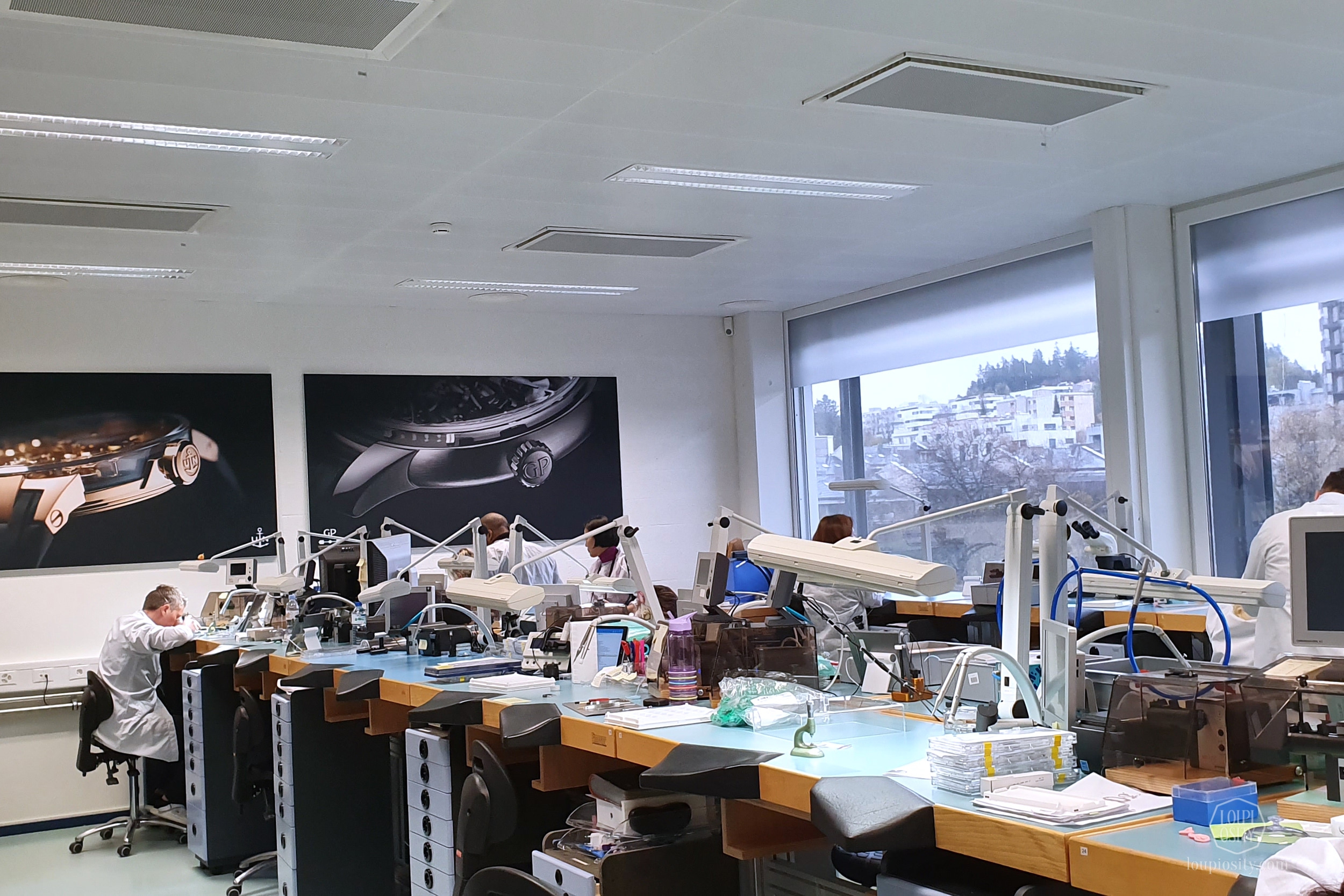 The new messaging of Girard-Perregaux to customers is still being formulated, but it will be focused around two leading product lines, the Three Bridges and the Laureato and keywords such as audacious, creative, playful, confident, approachable and integrated. Timepieces will be placed in new surroundings to widen the access to potential buyers. One example I see was the appearance of customised sports shoes, like the Adidas prototypes running around the place. Or targeted co-operations with online stores with taste-influencing editorial content such as NET-A-PORTER.

Since June 2019 Girard-Perregaux is also available with certain models on MR PORTER, the popular online retail destination for men’s style. (NET-A-PORTER launched in 2000 and became a must-check online platform and one of the world’s leading luxury fashion sites. Both are now part of YOOX NET-A-PORTER GROUP, following the merger of YOOX Group and THE NET-A-PORTER GROUP in October 2015.) This presence shows a clear step towards new target segments and it is the brand’s biggest online potential to date.

New visuals for the flagship Three Bridges and Laureato collections are coming out too. Some emphasizing the urban Laureato style have already been tested on the brand’s social channels (like here). 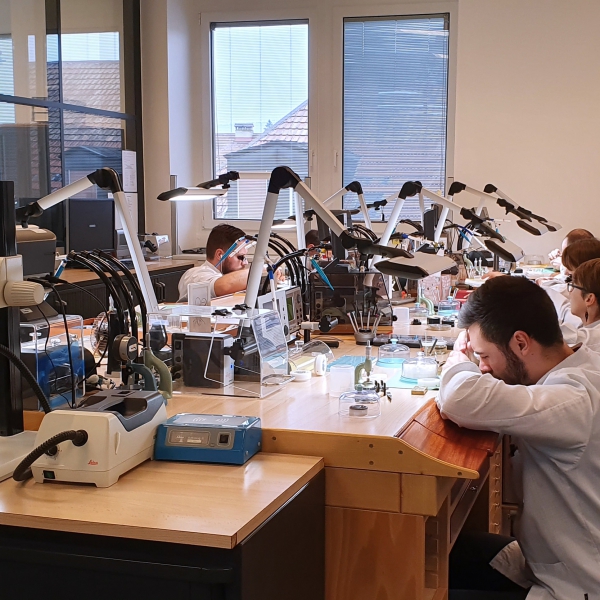 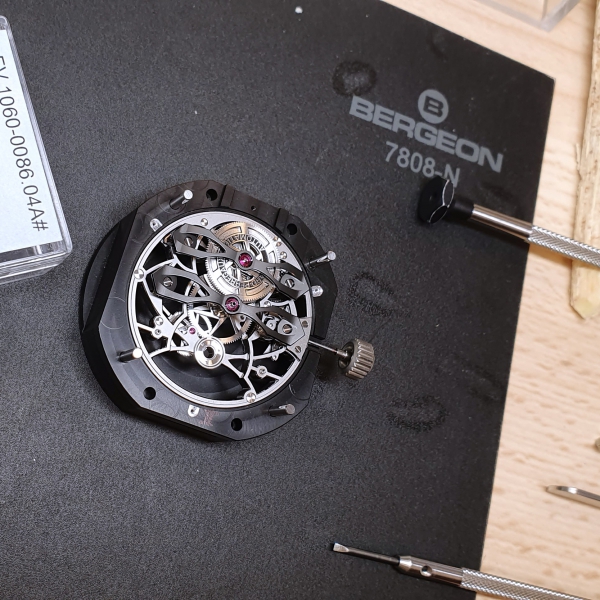 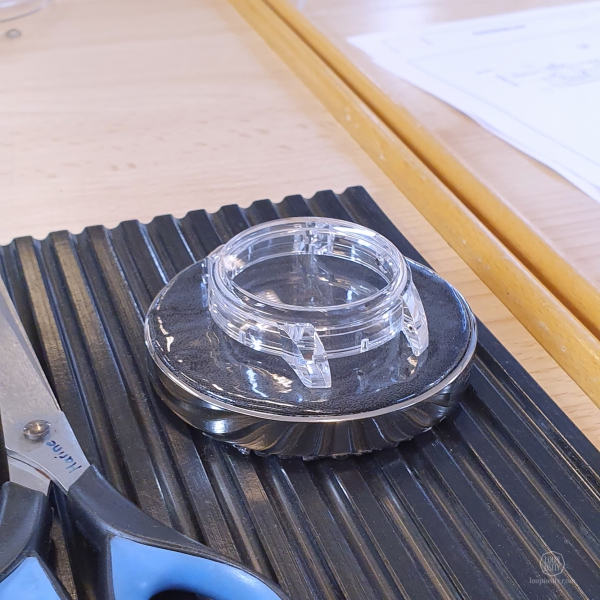 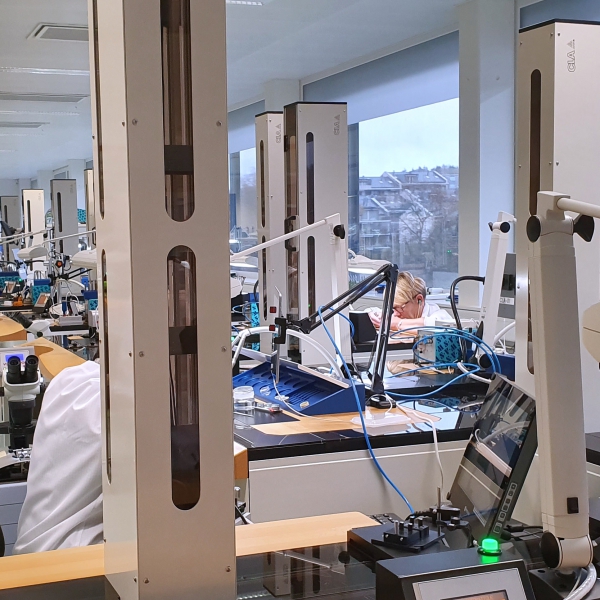 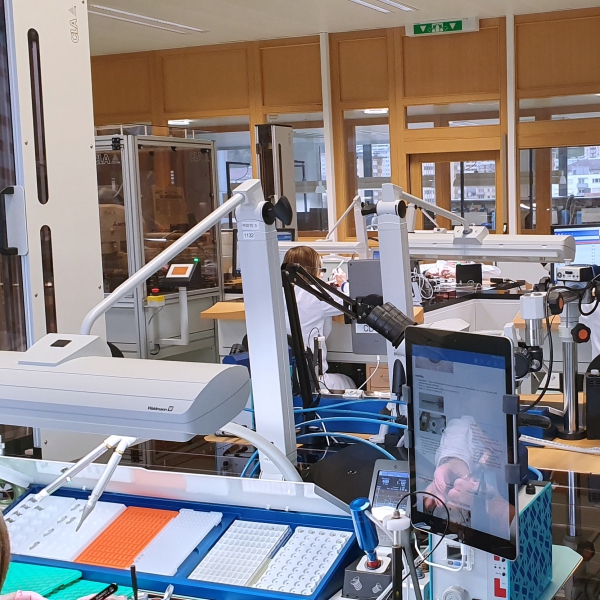 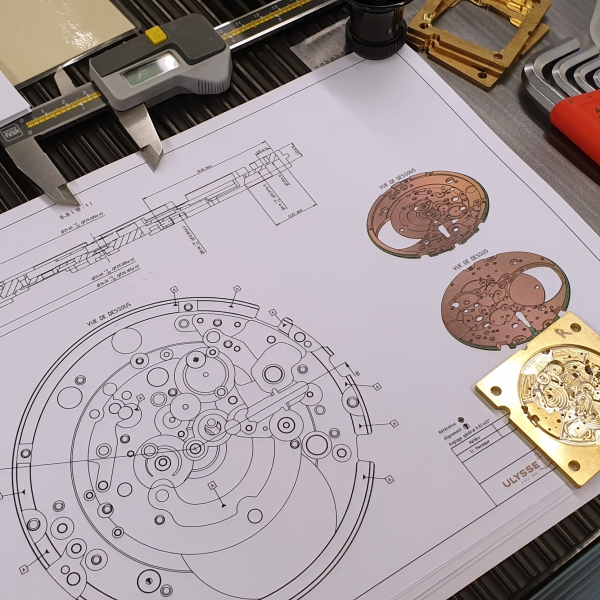 One of the games a group like Kering can successfully play in is the development of new materials or techniques, which is typically very resource and R&D intensive. Two examples were shown to us in La Chaux-de-Fonds.

The Girard-Perregaux Laureato Absolute Rock 44mm was introduced as a concept watch at the SIHH 2019. The case material is a carbon and glass fibre composite with a very vibrant blue – grey pattern. The feat here is not only the material itself, but also the consistency of production. Engineers managed to reduce air inclusions to the extent that uniform and smooth surfaces guarantee perfect fitting thus greater water resistance. Girard-Perregaux launched a 100-piece limited edition. 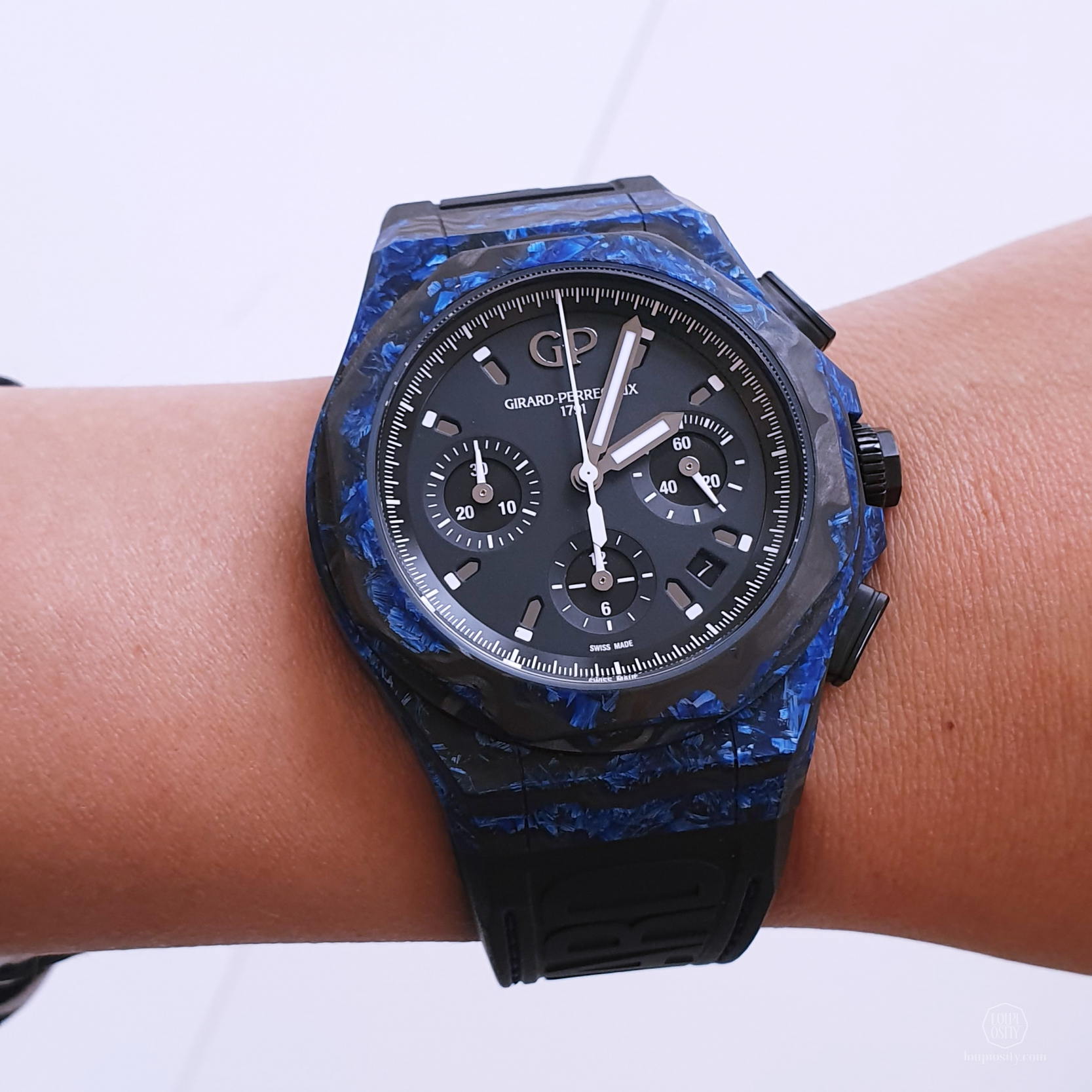 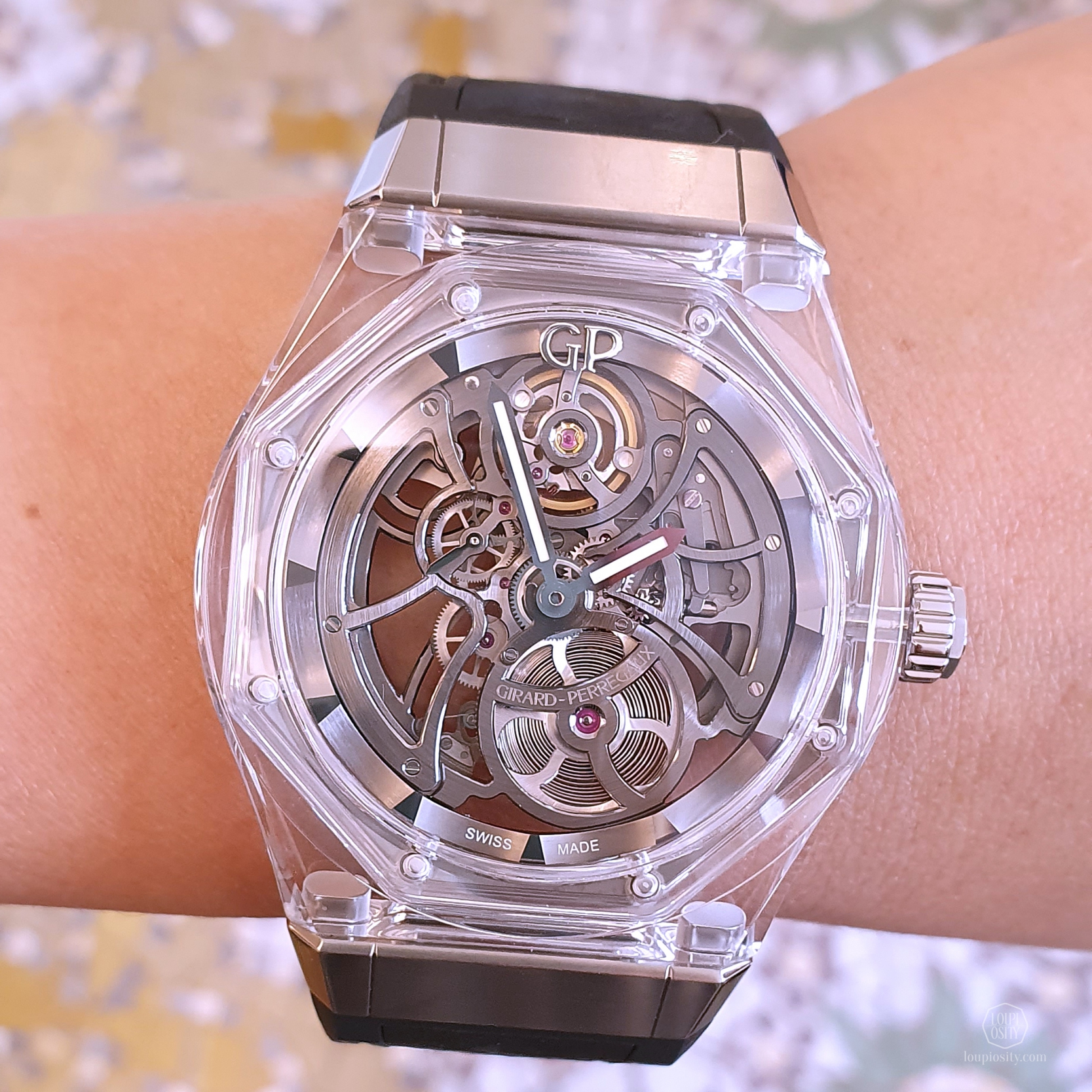 Following the introduction of the Neo-Tourbillon with Three bridges ‘Quasar’ encased in sapphire for the SIHH 2019, Girard-Perregaux showed us a Laureato prototype with the same case material. As opposed to the round design on the earlier model, the 44mm Laureato Absolute Light is manufactured carefully to the round and octagonal shape of the Laureato design. The mainplate is octagonal and screwed together with the bezel, case and case-back on the eight angles of the octagon, highlighting the shape.

The movement is skeletonized just like before – it is a reworked interpretation of the GP01800 movement. The bold anthracite NAC-treated bridges and mainplate feature than four different finishes.

The Laureato Absolute Light is exclusively available in 88 pieces.

Actioning on the new strategy, 2020 will be a defining year for Girard-Perregaux. It coincides with significant changes on the traditional haute horlogerie events calendar, which can give good opportunity to Girard-Perregaux to hit the market with the fresh concepts. The brand definitely needs a more firm image. 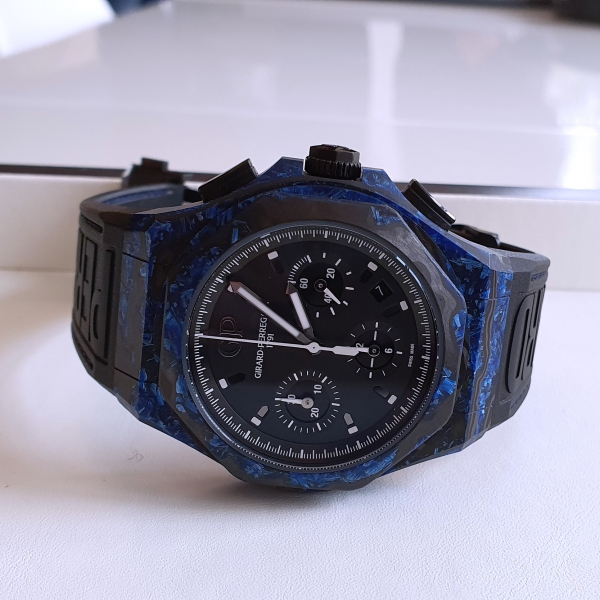 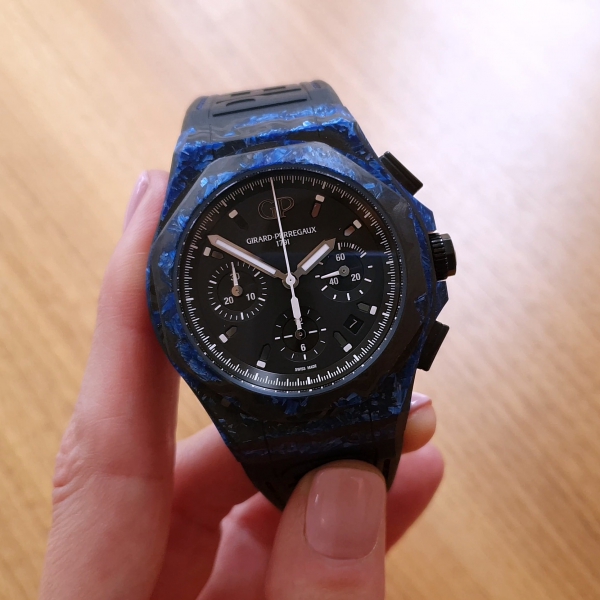 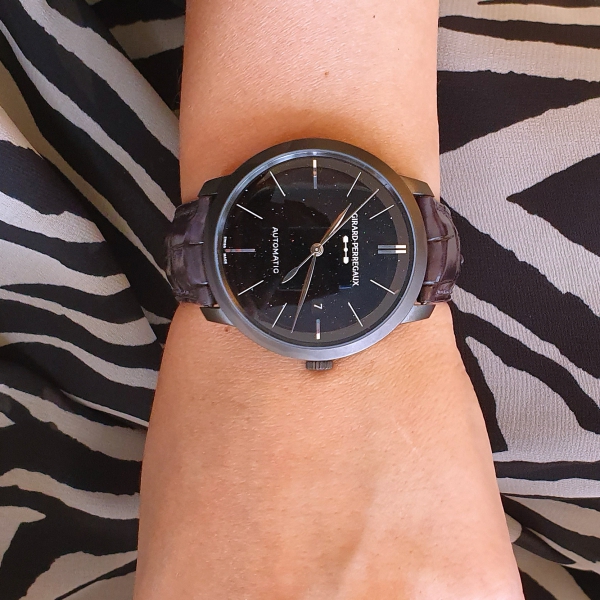 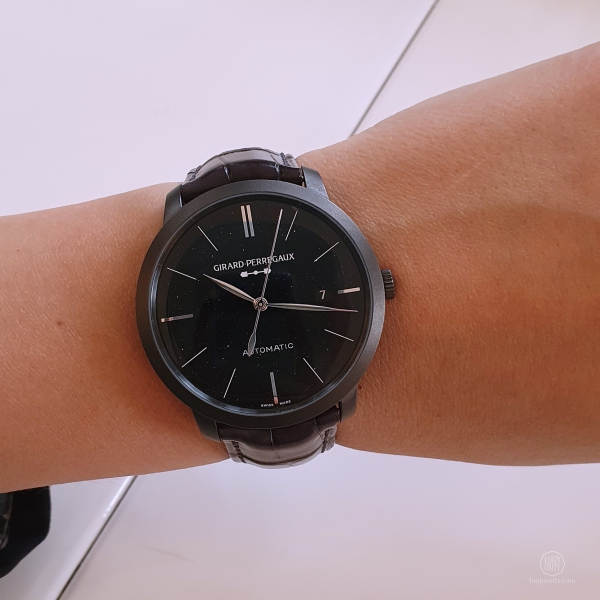 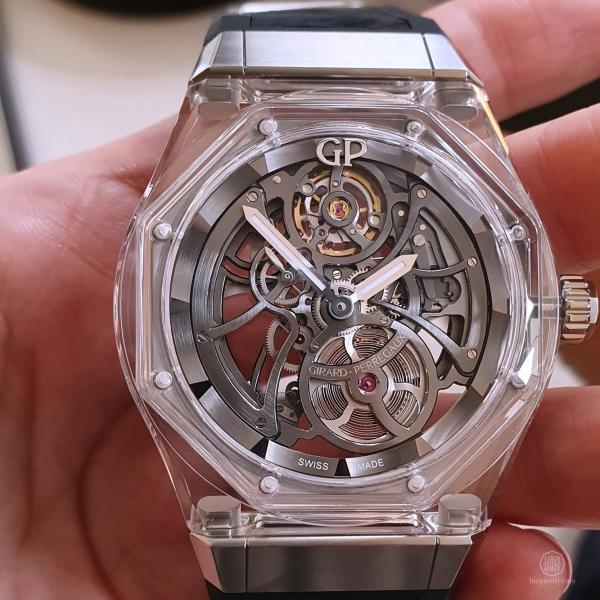 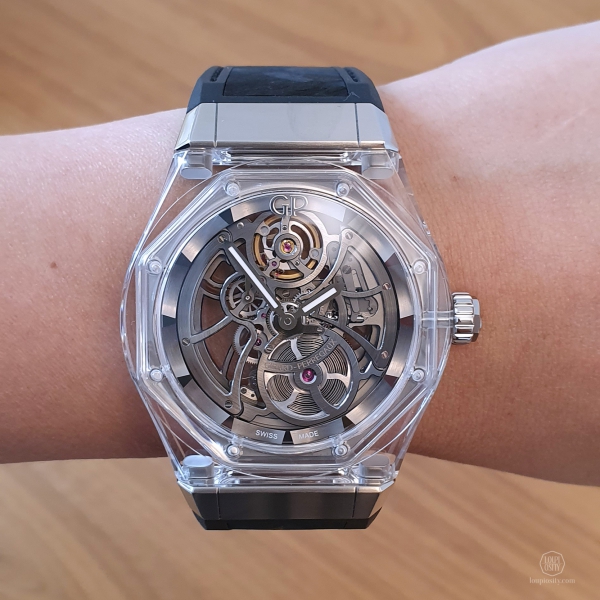 Girard-Perregaux Free Bridge & Infinity Editions On the occasion of the Geneva Watch Days, Girard-Perregaux showcased the new Free Bridge model and a ‘capsule’ collection including a special edition of their existing models.Girard-Perregaux at Dubai Watch Week 2021 Girard-Perregaux celebrates it 230th anniversary this year - a big birthday to honor. The brand brought great anniversary timepieces to shine in the Dubai sun this November. Ulysse Nardin - Vertical Odyssey At the first show appearance since the management bought out Kering this January, Ulysse Nardin invited us to a Vertical Odyssey at the Watches and Wonders 2022 with three novelties: the Moonstruck (already announced in February), the first double oscillator Freak S, and the Freak X with aventurine.