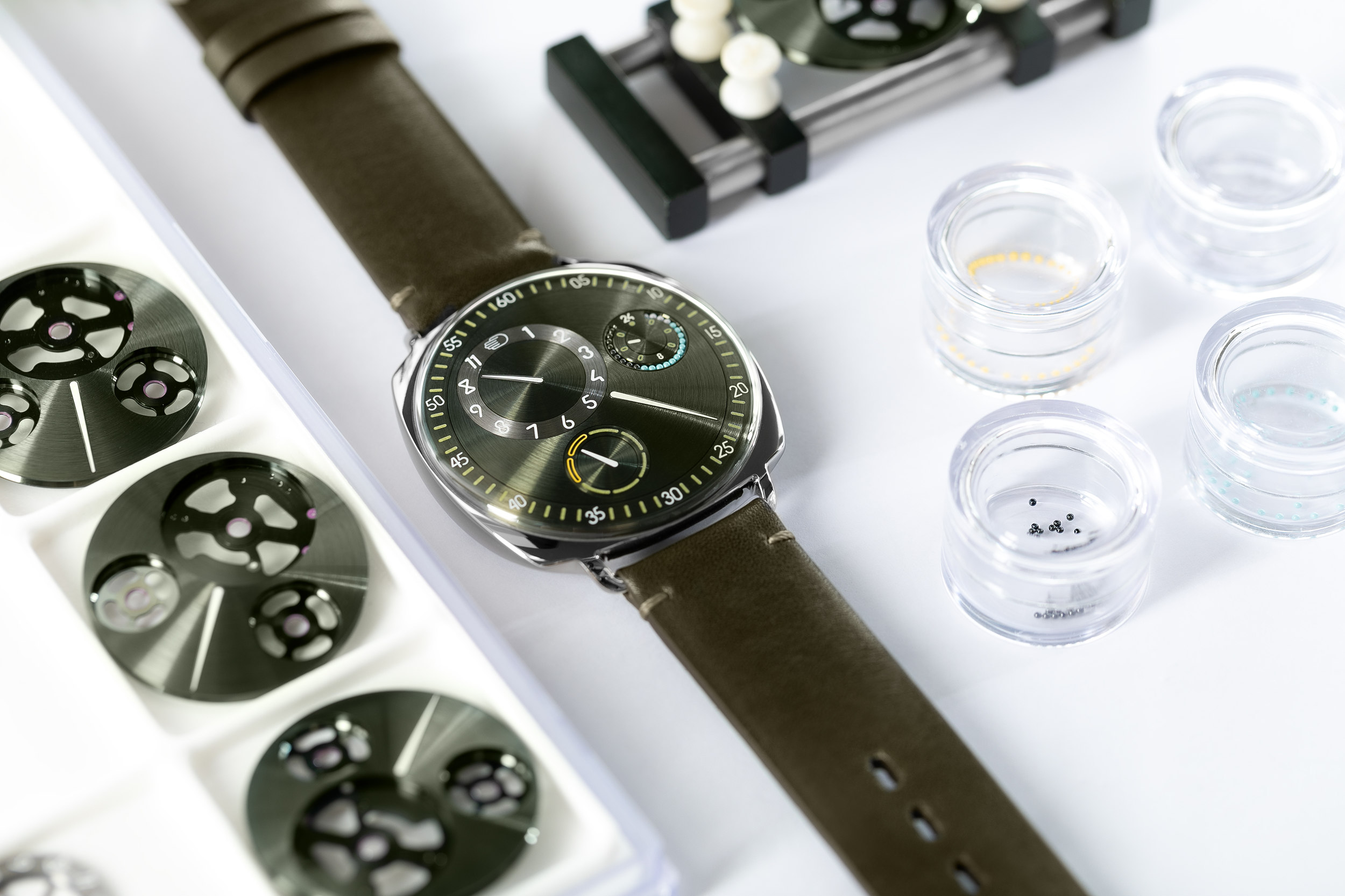 Ressence celebrates its 10th anniversary with the Collection X – four watches, released throughout the last months, each is limited to 40 pieces and shares the main dark olive-green colour-theme. Now here is the latest one, the Type 1 Squared X.

The brand represents an independent way of thinking about fine watchmaking – expertly hand-crafted, but with an industrial design philosophy that seeks to be progressive with a clear, graphic aesthetic that is decidedly 21st century. Ressence was founded by Benoît Mintiens in 2010 with the clear intention to shake up the traditional fine watchmaking scene. When a talented ‘outsider’ enters an established playing field, the same rules start to gain a new meaning – and many times new rules are created. The Belgian industrial designer Benoît Mintiens took the user-centered mindset of his profession and spiced up the watch arena with it. He graduated in Industrial Design in Antwerp in 1998 and also gained an MBA at Vlerick Business School in 2003. His design portfolio includes high-speed trains, aircraft interiors, medical devices, leather goods or home appliances.

Ressence has proudly adhered to the ‘freedom to think differently’ concept since their inception in 2010. The story started with the Zero series (a limited edition of 50 pieces) then the Series One in 2012. The company is very well known for innovations, like the ‘no crown’ system, the ‘e-crown’ (Ressence’s patented electronic crown) or the hydraulic shock absorber. The passing of time is animated by a disc in a disc mechanism called ROCS or Ressence Orbital Convex System on all ‘Types’ in their collection. The ROCS is an in-house developed (and patented) horological unit, which features discs that continually orbit around one another. Sometime it works dry (Type 1 and Type 2), other times it is immersed in 35mm of oil (Type 3 and Type 5), which projects the crazy revolving eyes onto the glass.

The Ressence Type 1 Slim X debuted in July, the Type 5X with Eugenio Amos, founder of Automobili Amos Lancia Delta Futurista in October and the Type 3X “Now is Better” in collaboration with Stefan Sagmeister in December. Now the Type 1 Squared X has arrived.

Ressence has always been challenging the idea of showing and appreciating the time. The Type 1 Squared X features the above mentioned ROCS. On this new piece it is combined with the ‘Time by colour’ concept. The new patented system is not about representing time in the most precise way but rather in the most efficient way. Instead of focussing on precision, Ressence’s new complication is about the speed and ease of reading.

The ‘Time by colour’ represents a moment in a day by a mix of colours. The dedicated sub dial contains 48 coloured ceramic micro-balls (0,9mm of diameter) from 4 different colours (yellow, grey, blue and black) but only shows a maximum of 3 colours at once. Each moment in time has a unique mix of colours. In the morning (starting at 6am), the yellow is dominating while in the evening (starting at 6pm) it is blue that prevails. 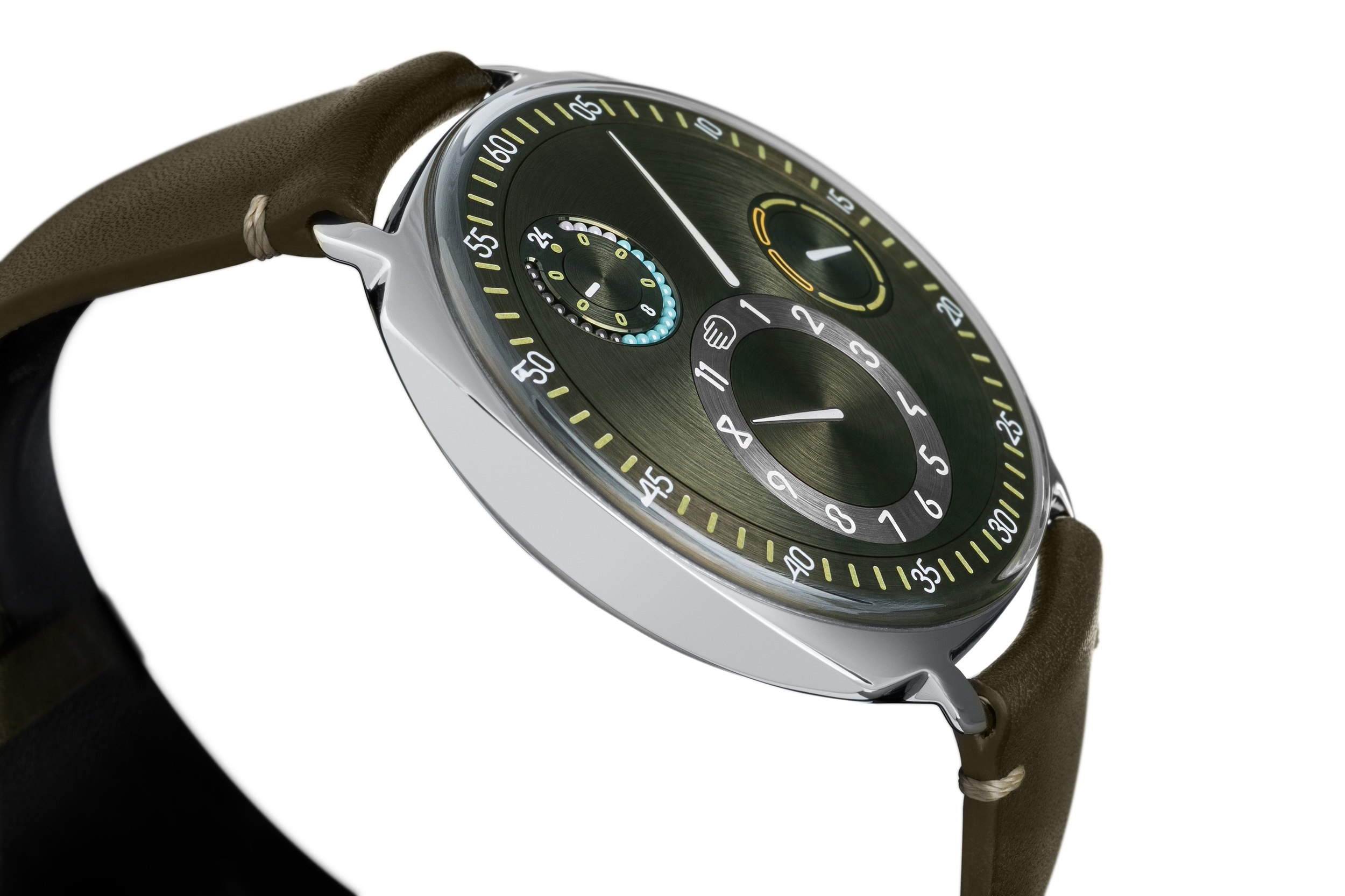 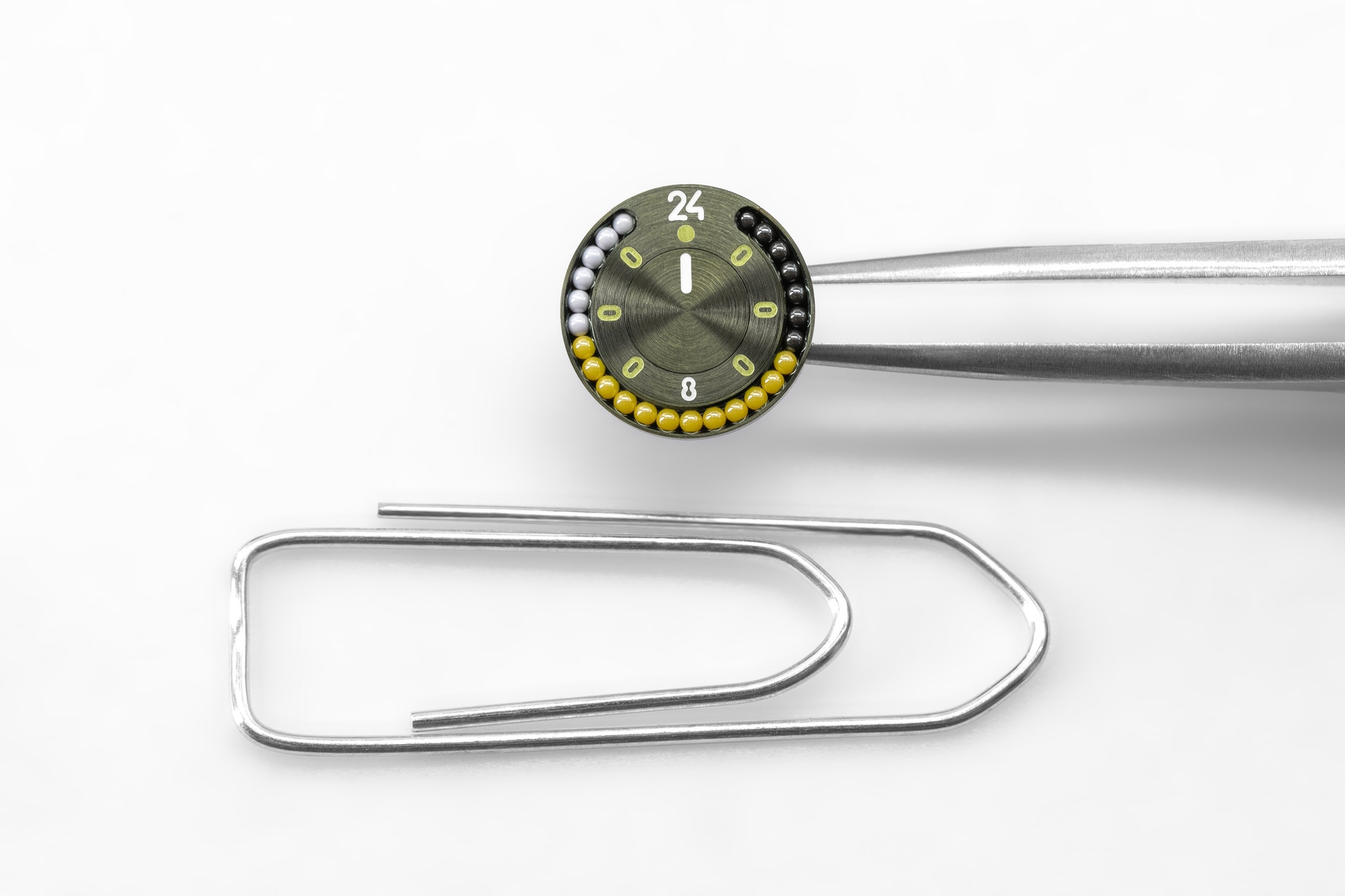 The timepiece is manually set via a lever on its case back. It has no crown, the winding and setting mechanism being the case-back itself, for better ergonomics and allowing a left-right fit. 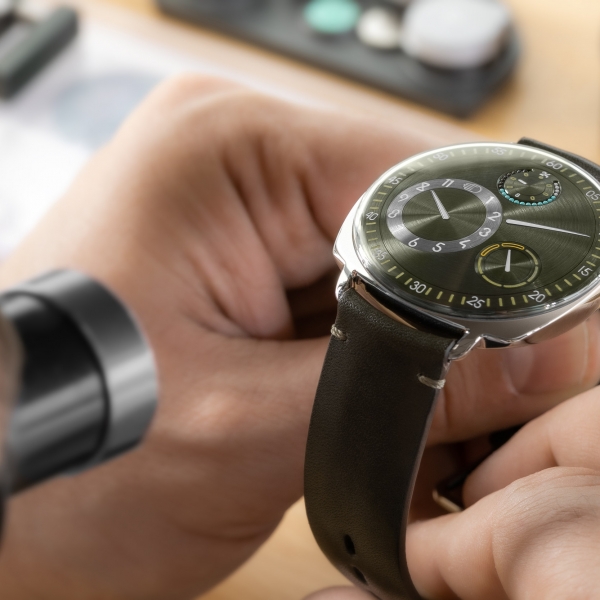 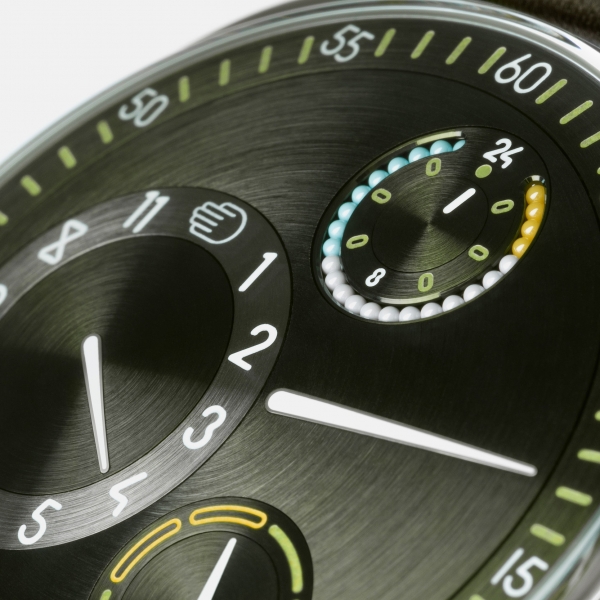 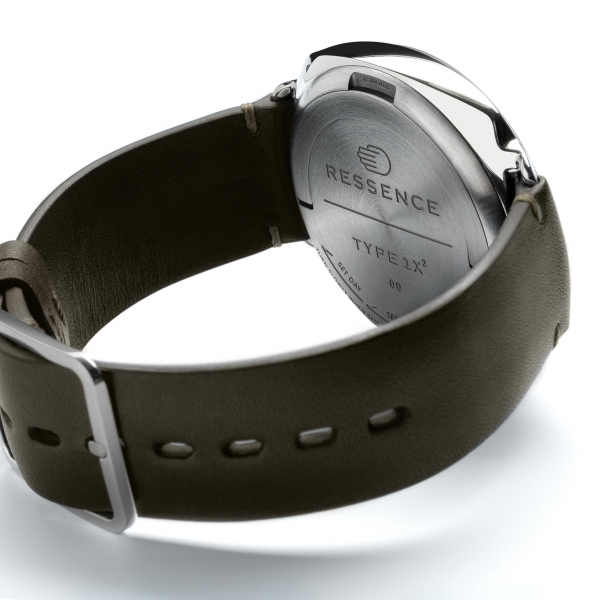 Ressence Type 1 Slim X Ressence was born in 2010 with a clear purpose in mind: improving the function of the mechanical watch in the 21st century context. This summer the brand presents the new Type 1 Slim X, a limited-edition piece marking its 10th anniversary.Time to Draw - with Ressence and Sotheby’s Ressence and Sotheby’s are joining forces against the coronavirus and launch a competition to design a unique watch and support a covid-19 research programme.MB&F Legacy Machine Perpetual Palladium We previewed the MB&F Legacy Machine Perpetual Palladium at the Geneva Watch Days 2021 - discover it with us.