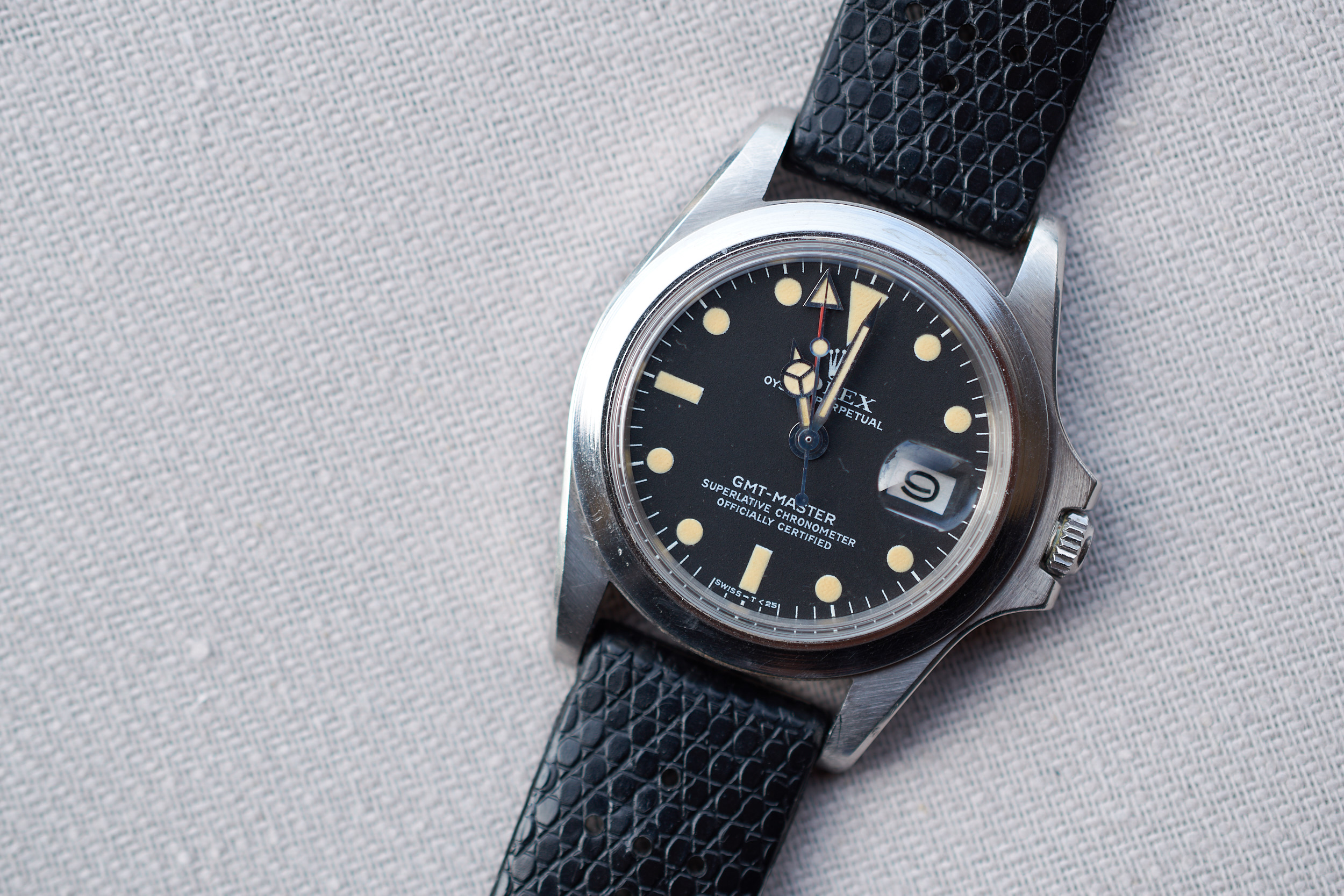 Phillips’ Game Changers auction will be held in New York with iconic timepieces from equally iconic individuals. We previewed the two highlights of the sale in Geneva.

10 December, Phillips in Association with Bacs & Russo will have the next thematic auction at its current New York salesroom on 450 Park Avenue (in 2020 the New York branch will move its headquarters to 432 Park Avenue). The Game Changers is dedicated to timepieces owned by extraordinary people who are considered “game changers” in their fields and to iconic collectors’ models from leading brands that have changed the course of watchmaking and watch collecting.

Lot 30 is an exceptionally well-preserved example of a stainless steel, 39mm Rolex GMT-Master reference 1675 from 1972 owned by Marlon Brando. The Academy Award® winner worn the piece in the film, Apocalypse Now – a 1979 American epic war film about the Vietnam War, directed, produced and co-written by Francis Ford Coppola. 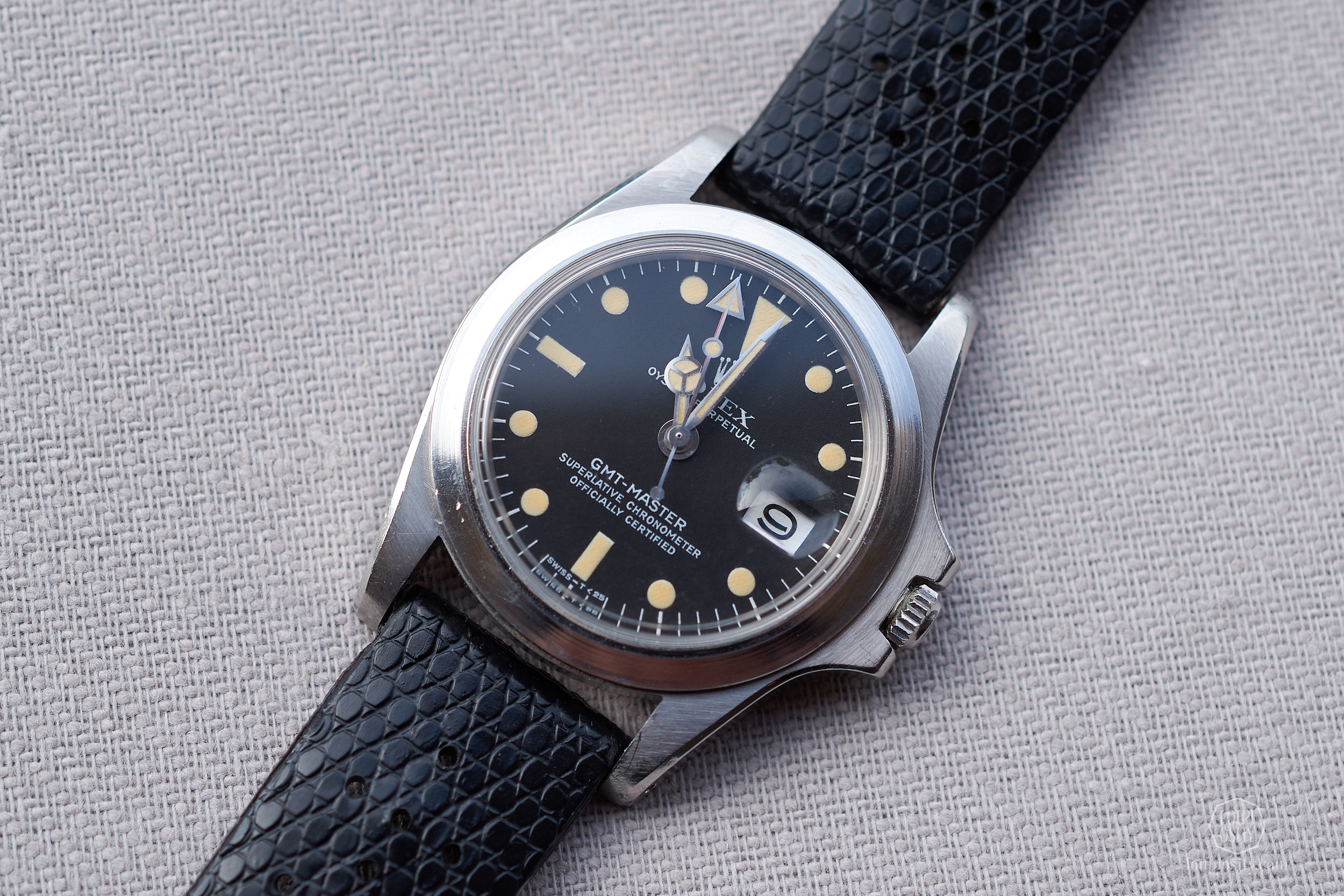 2019 marks the 40th anniversary of the theatrical release of the film. Nominated for eight Academy Awards, the Vietnam War epic is among the greatest accomplishments in cinematic history.

‘Every so often, someone comes along who forges a path beyond that of anyone who came before them and who raises the bar higher than ever imagined. These “game changers” are the ones whose names we all know afar having risen above their peers and cementing their place in history. Marlon Brando, whose contribution to the field of acting is indisputable, rightly deserves to stand at the pantheon of all-time greats.’ (Al Pacino)

This very special Rolex GMT-Master has signed case, dial, and movement and hand-engraved on the caseback “M. Brando” by Brando himself. 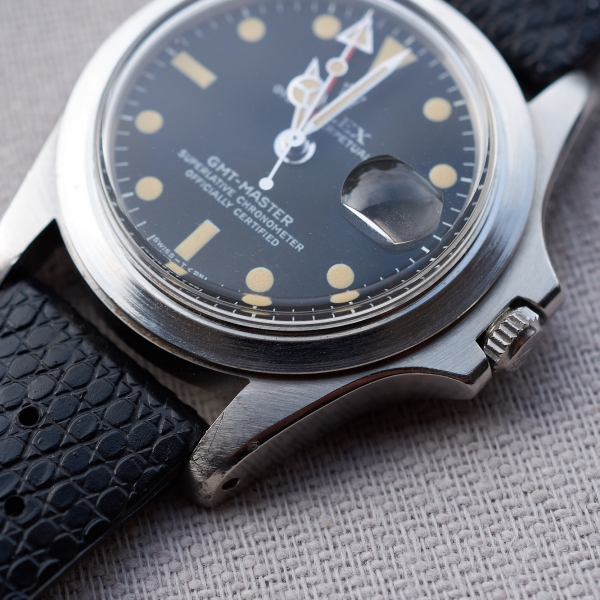 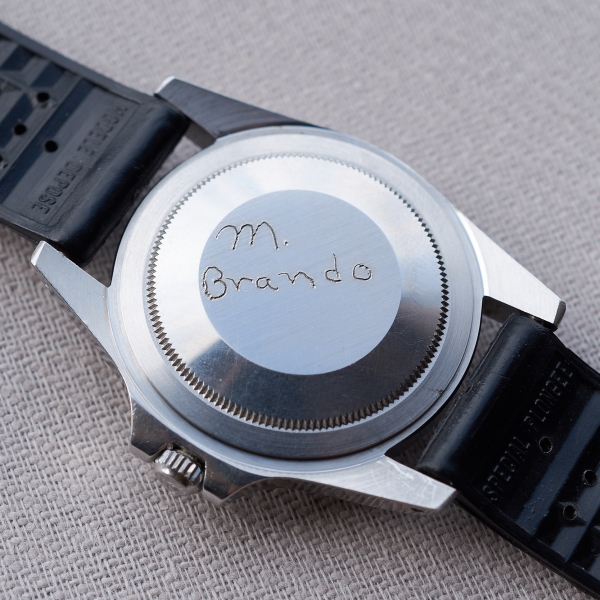 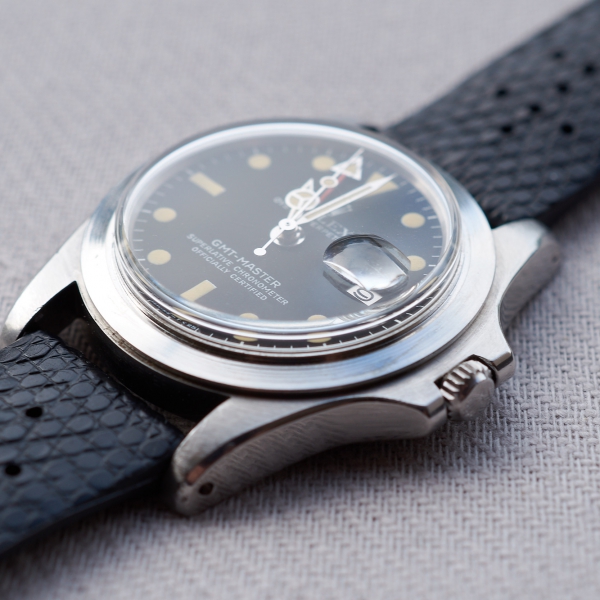 With this sale, Petra Brando Fischer – adopted daughter of Marlon Brando – and his husband Russel would like the public to remember Marlon Brando’s great contribution to film. A portion of the sale proceeds will support The Brando Fischer Foundation established by them.

‘I have never had watch before that and it was just part of me’ says Jack Nicklaus about the Lot 18. It is a 36mm Rolex Day-Date Ref. 1803, a yellow gold timepiece with yellow gold Rolex Oyster bracelet. He has worn it nearly every day since he received it as a gift from Rolex in 1967. 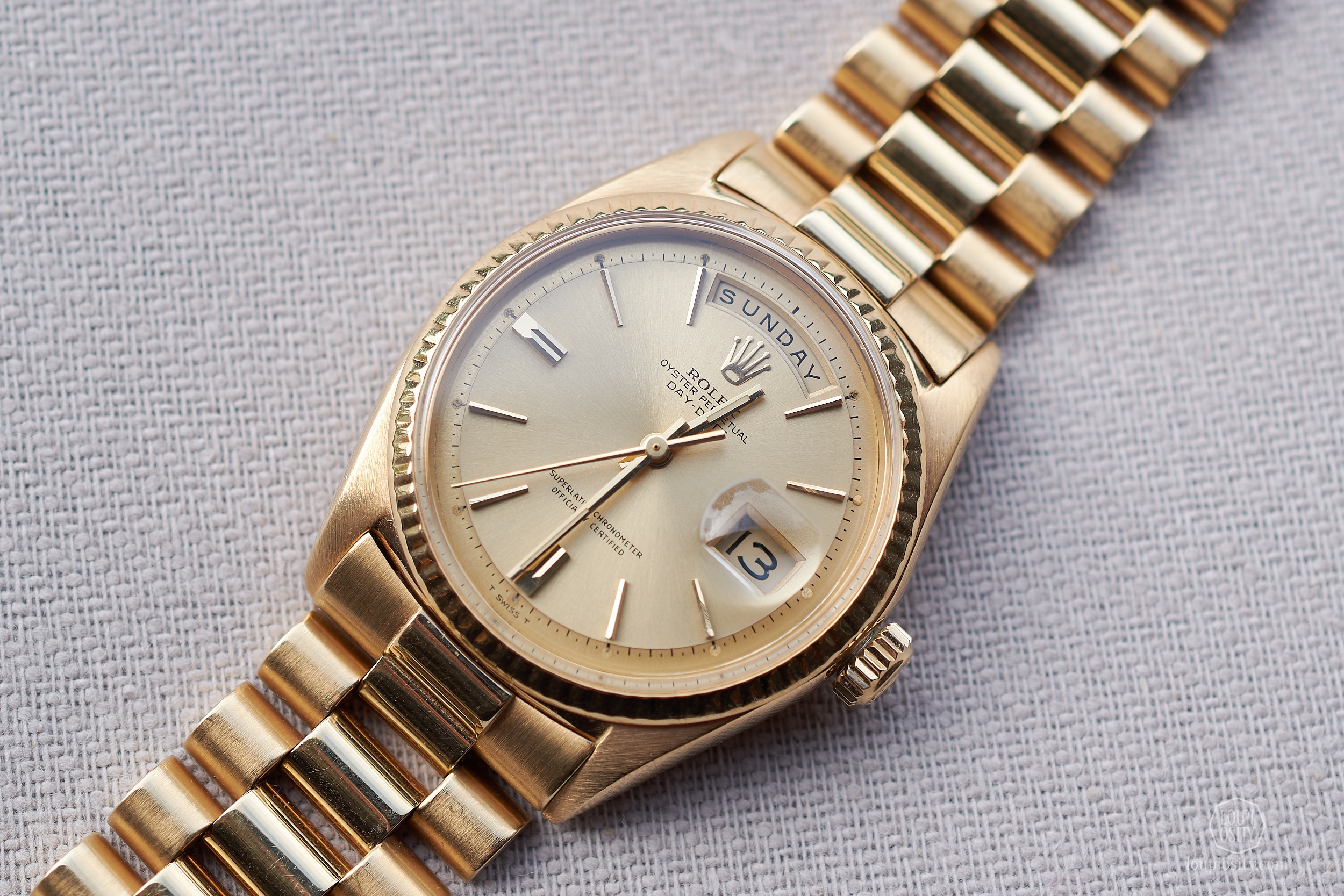 Nicknamed The Golden Bear, Mr. Nicklaus is an American retired professional golfer from Columbus, Ohio. He is widely considered to be the greatest golfer of all time, holding the all-time record with 18 wins in major championships. He also holds the record (with Walter Hagen an other emblematic American professional golfer) for most wins at the PGA Championship with 5. Mr. Nicklaus worn the timepiece throughout his exceptional career. 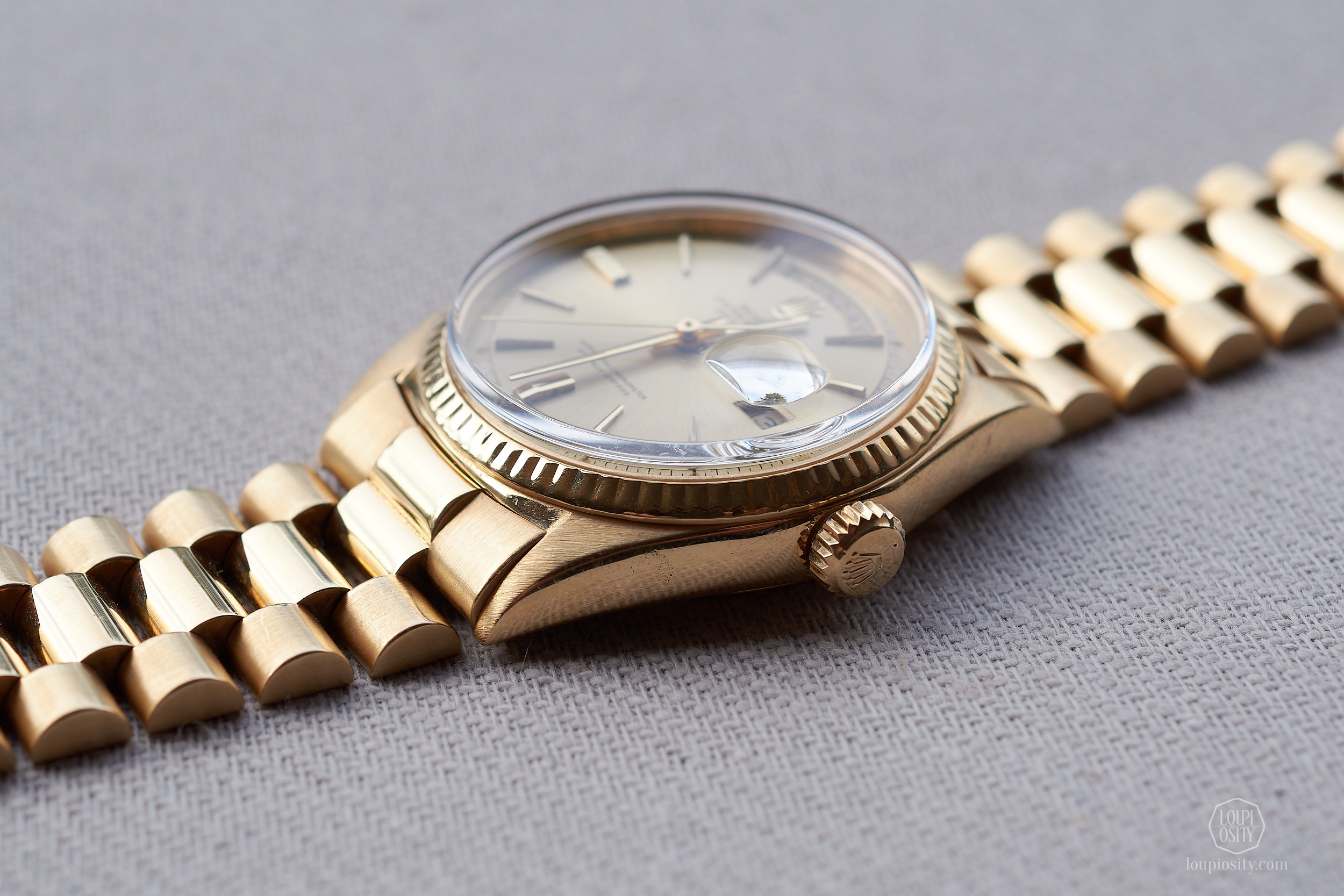 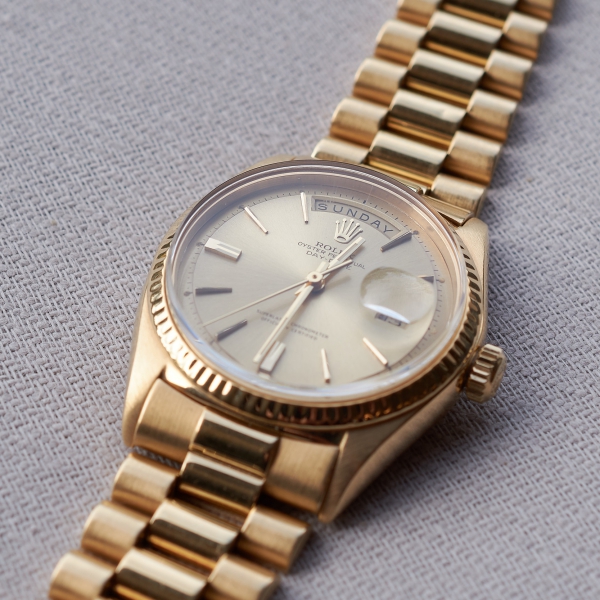 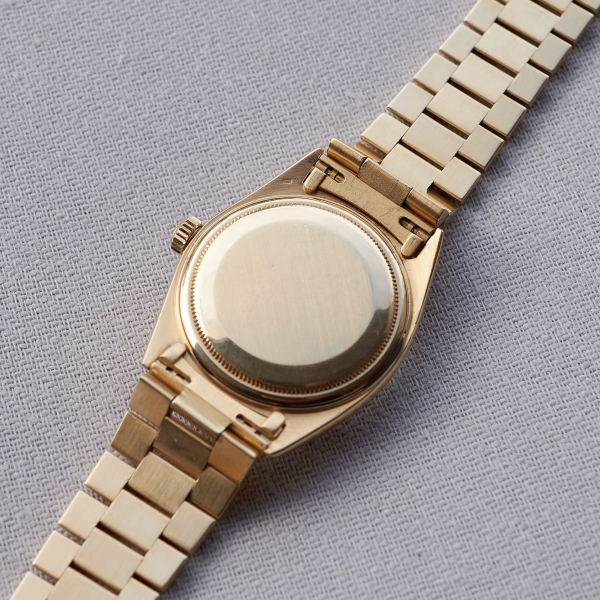 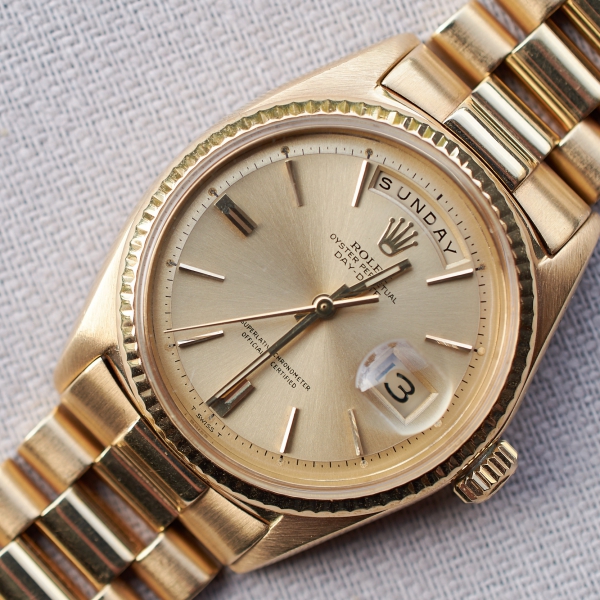 100% of the present lot’s proceeds will directly benefit the Nicklaus Children’s Health Care Foundation – founded by Barbara and Jack in 2004, in an effort to provide families access to world-class pediatric healthcare.

URWERK - Geneva Watch Days For the Geneva Watch Days, URWERK set up in a beautiful suite with a lakeside view at the Beau-Rivage to introduce their latest novelties. We saw the unique UR-T8 Raptor piece and the EMC Time Hunter Desert Sage.Zenith x Phillips - The Zenith El Primero One-Off In… In 2019, Zenith celebrates the birth of its star, the El Primero movement. Lot 136 at the Geneva Watch Auction X is a special anniversary piece, co-designed with Phillips Watches in Association with Bacs and Russo with attributes never found on Zenith watches. The sale supports the NGO Zoé4life.Phillips Geneva Watch Auction: XIV Phillips Geneva Watch Auction: XIV will be held on 5 and 7 November in Geneva. There will be two sales events on the two days with very interesting haute horlogerie rarities.