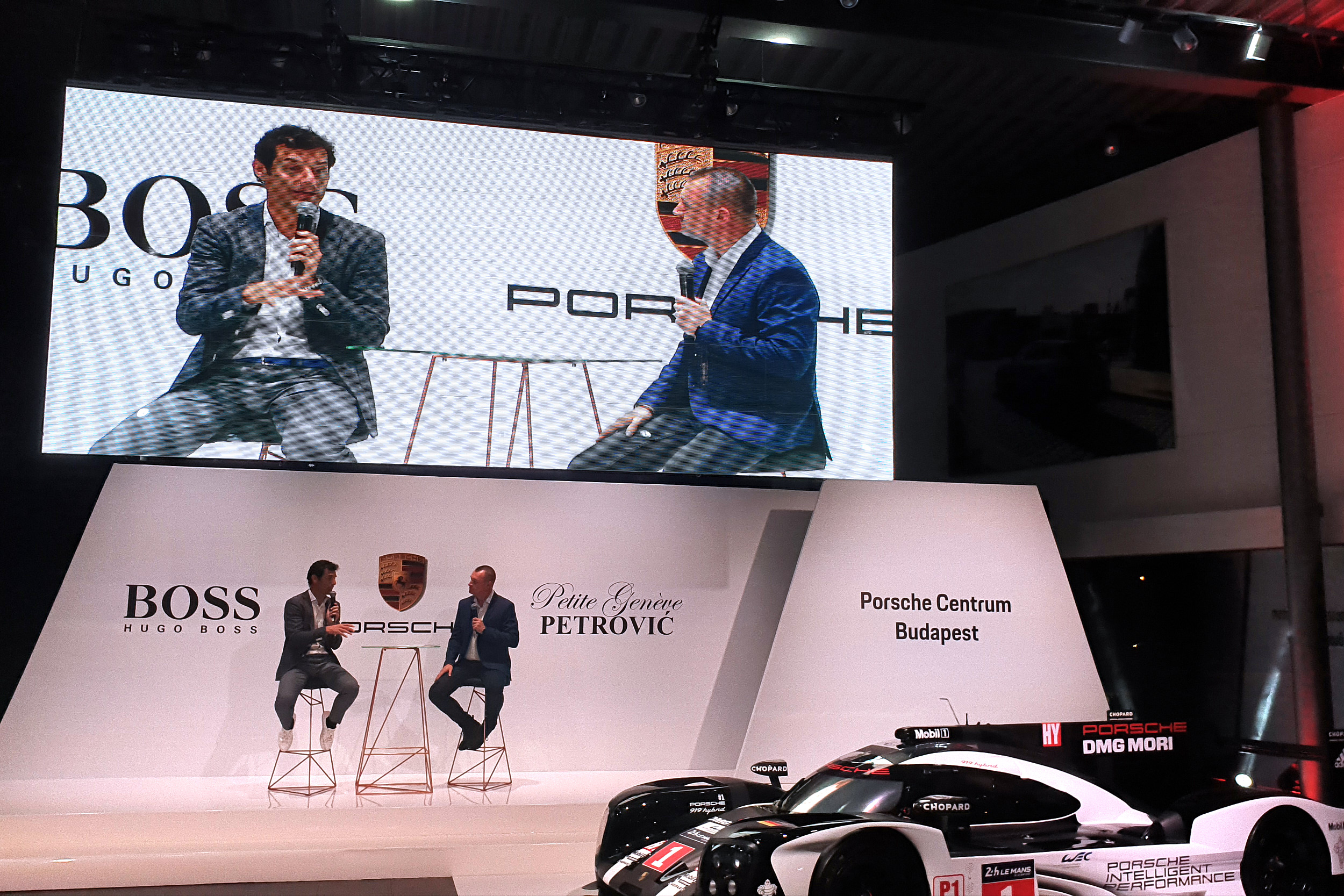 Early in November Mark Webber visited the Porsche Centrum in Budapest to talk about his experience as a car racing driver, his collaboration with BOSS and Porsche and his love for Rolex.

What connects Rolex, Porsche and BOSS? Motorsport, of course. And Mark Webber, to be more precise.

visited the event held by Porsche, Petite Genève Petrović – Rolex and BOSS in cooperation and while he was here he shared exciting stories from his career and post-career years.

He was born on 27 August 1976 in Queanbeyan, New South Wales, Australia and following some years of driving in the Aussie Formula Ford and Formula Holden series, he moved to the UK in 1995 to get into the European Racing Formula 3000 Championship. In 2002, he was given the opportunity to race in F1. ‘Paul Stoddart, who bought Minardi gave me a contract for three races. At my first race in Australia, I managed to score 2 points, which happened to be the first two points of Minardi for 3 years. That earned my place in the F1.’ He moved to Jaguar for the next two seasons, then Williams and Red Bull. During his F1 career Mark Webber finished first 9 times. 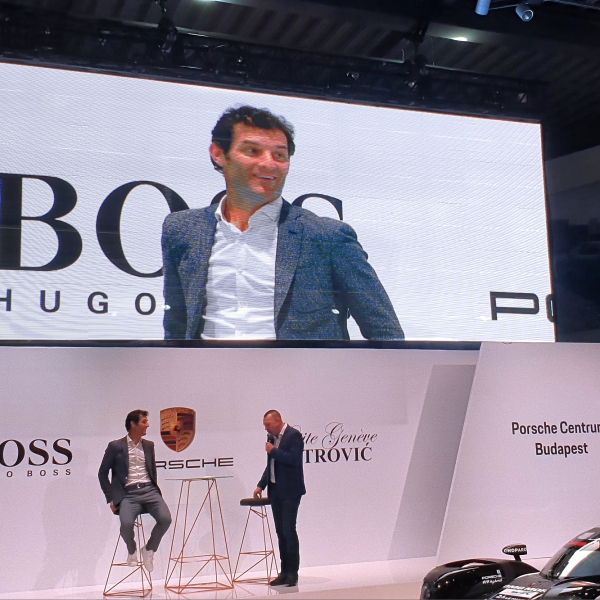 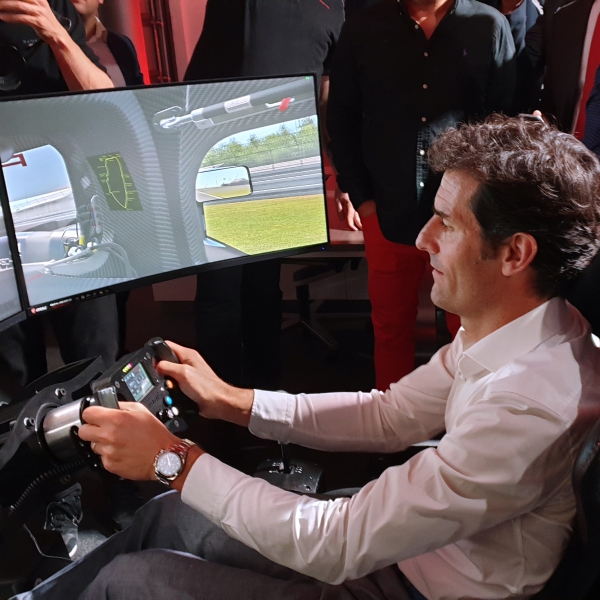 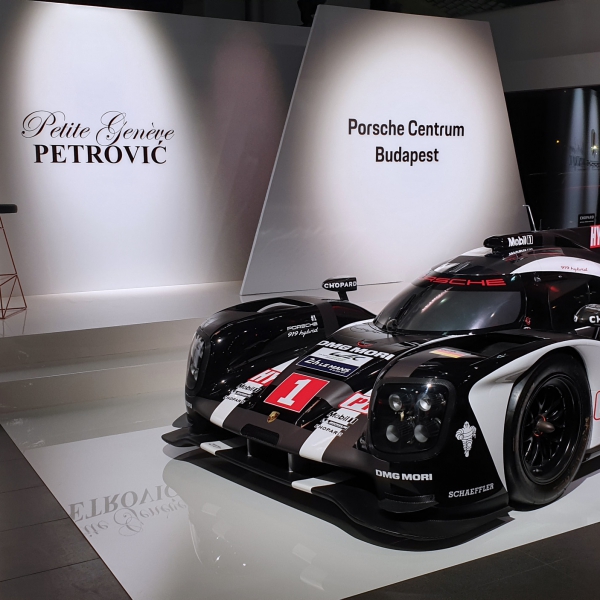 After the 2016 season he retired from active sports, but Mark Webber has remained with Porsche as a brand ambassador and development consultant. And you know, as they say it ‘Once a race driver. Always a race driver.’

has a number of racing events in its sponsorship portfolio such as the Rolex 24 At Daytona, the 24 Hours of Le Mans, and the parades of Monterey Classic Car Week (the brand has been a patron since 1997) or the Pebble Beach Concours d’Elegance. They have been the Official Timekeeper of Formula 1 since 2013.

The company has been associated with racing drivers too since the heydays. ‘I have now been using my Rolex Watch for a while, and it is keeping perfect time under somewhat strenuous conditions’, wrote Sir Malcolm Campbell to Rolex in 1935, who also wore his timepiece when breaking the land record of 300 miles per hour in Utah, the same year. Rolex have been working with Sir Jackie Stewart for more than 51 years now, whom I had the most exciting Paddock Club tour ever with. Of the racing icons of this decade, Rolex have been collaborating with Tom Kristensen, Nico Rosberg and Mark Webber.

‘I bought the first Rolex (a Rolex GMT-Master II) after my first victory in 2009 at the German Formula One Grand Prix’ – he adds.

currently the largest race car manufacturer, has been creating legendary sports prototypes and street race cars for more than 50 years. Since 1970 they have won 19 times at the 24 Hours of Le Mans – more than any other brand. Some of the vintage marvels still roll at the classic car races. I saw perfectly conditioned pieces at the Ennstal Classic with the participation of the Porsche Museum in 2014, and the one and only Porsche 550 Spyder at the Mille Miglia in 2015.

Porsche has been active in GT racing and selling race cars to customers too. Webber has been a long-time customer not just of Rolex, but Porsche too. At the interview he shared that he had owned Porsches well before he joined the 919 Hybrid team. He and Sebastian Vettel bought a 911 GT2 RS at one of the Monaco F1 GPs and it had been so much fun that they both still have it in their collection (among other models like the Porsche GT3RS and the 918 Spyder). See Webber driving the 911 GT2 RS with Maria Sharapova on the Porsche test track in Weissach.

As a consultant, Mark Webber has been actively involved in the creation of Porsche’s new electric racing car the Taycan. Webber introduced the prototype at the Goodwood Festival of Speed this summer, which went into production this September.

Sports play an important role in the history of the HUGO BOSS brand. It began in 1975, when HUGO BOSS decided to support Jochen Mass, the German racing driver. Throughout the years the brand has been supporting golf, sailing and soccer, too. In November 2017, HUGO BOSS entered into a new partnership with Formula E, the electric street racing series, as the official apparel partner, building on the brand’s longstanding connection with motorsport.

‘Porsche and BOSS strive for perfection in everything they do… As a sportsman, I can identify with that.’ – Mark Webber

Two iconic German companies united in a new Fall/Winter 2019 campaign and collaboration; Porsche and BOSS are to release a capsule collection that brings together the strengths of these two brands. The face of the collection is the Australian former racing driver Mark Webber.

The present event was part of this campaign. Thank you Petite Genève Petrović for having me here. 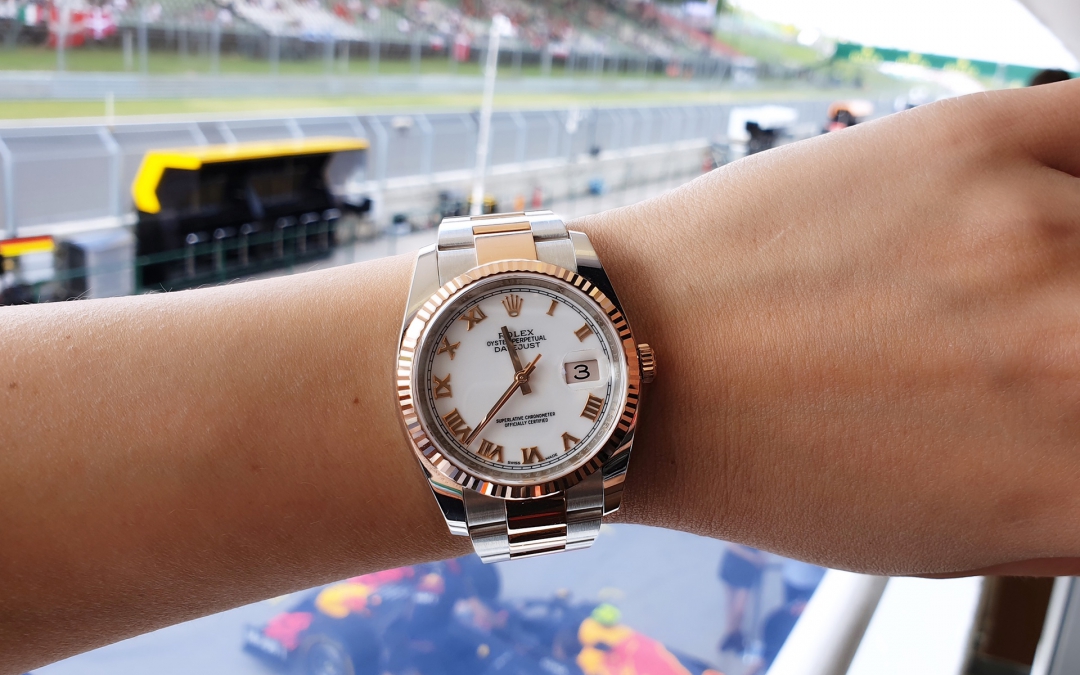 F1 Paddock Club with Rolex I enjoyed the buzz of the pre-holiday Formula 1 Hungarian GP weekend in the Rolex lounge - the brand is the Global Partner and Official Timepiece of Formula 1 since 2013. 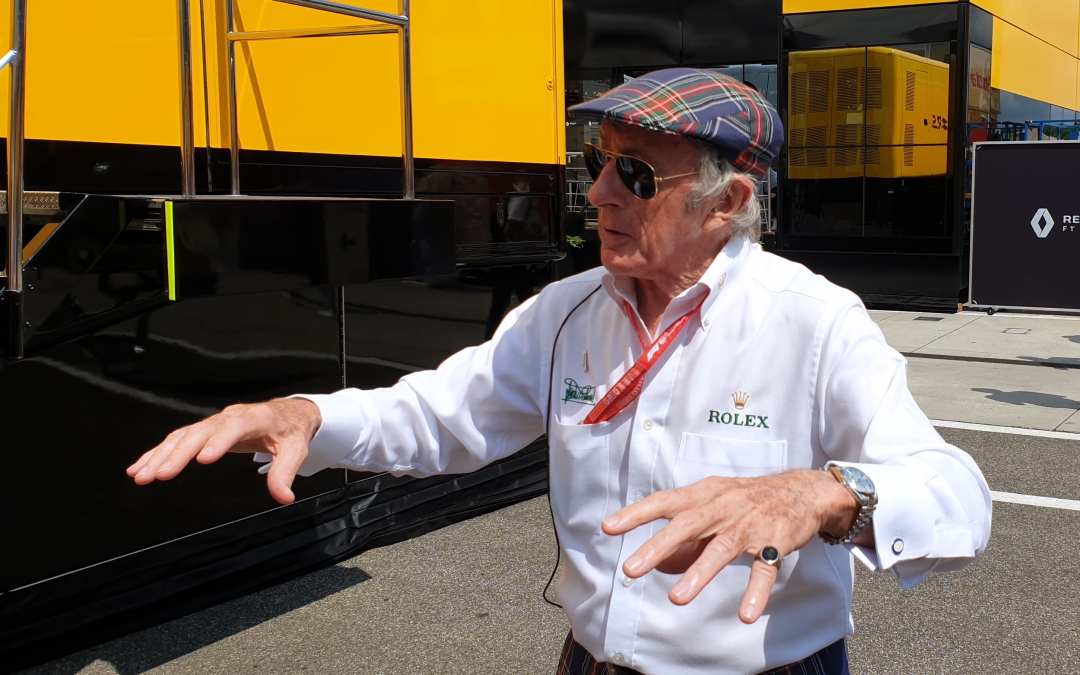 Sir Jackie Stewart and Rolex Sir Jackie has been travelling with the F1 circus tirelessly to entertain the guests of Rolex with his remarkable style. He has been partnering with Rolex for more than 51 years now. We enjoyed his company at the Petite Genève Petrović boutique and in the Paddock of the HungarianGP. 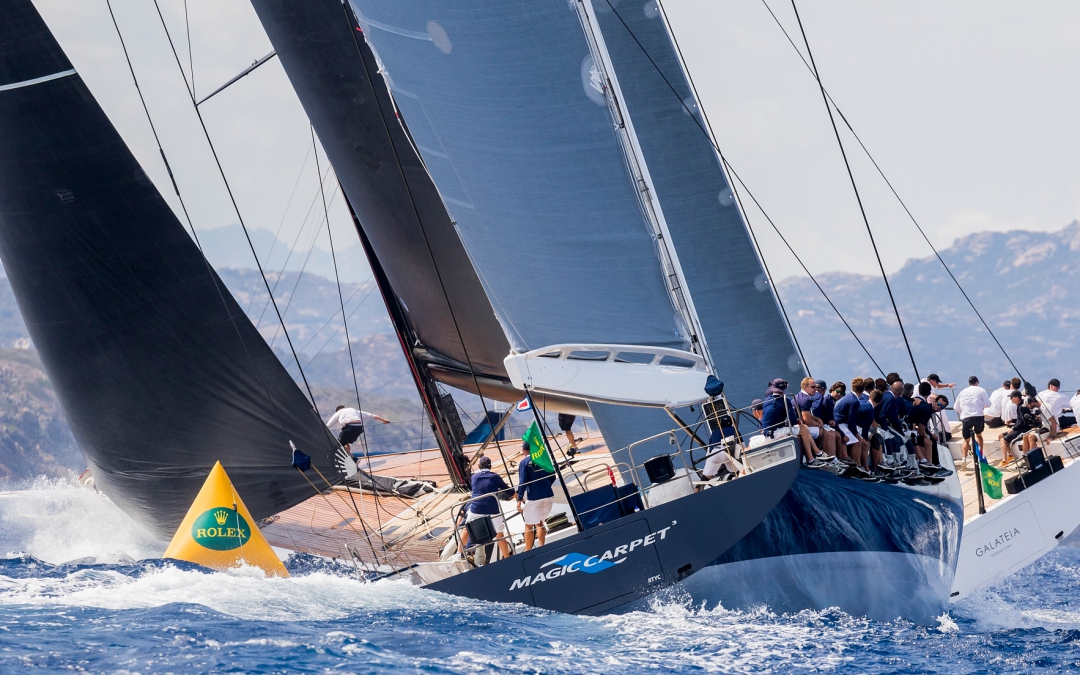