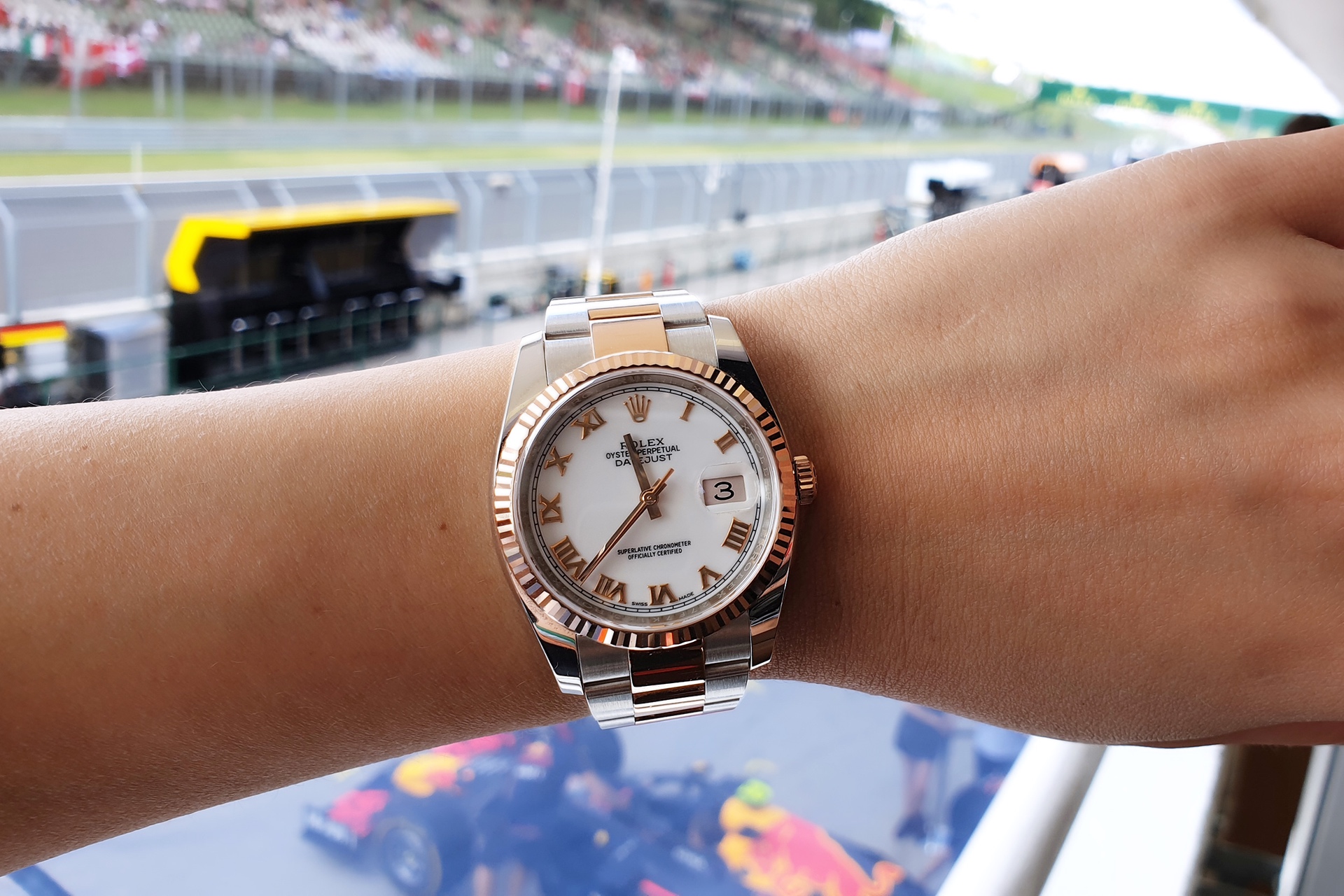 After the heavy load of five grand-prix in six weeks, Formula 1 is on its traditional summer break now for almost the whole of August. I enjoyed the buzz of the pre-holiday Hungarian GP weekend in the Rolex lounge – the brand is the Global Partner and Official Timepiece of Formula 1 since 2013.

Rolex supports top sports and cultural events all around the planet in the field of golfing, yachting, tennis, equestrian and motor sports, culture and many forms of art. They are also associated with science and philanthropic award programs and exploration initiatives. One of its longest relationships is with motor sports, which dates back to the 1930s.

Since 2013 Rolex is the Global Partner and Official Timepiece of Formula 1. Similarly to Rolex, Formula 1 is a global undertaking with 21 races organised in 21 countries across five continents (11 races are held outside Europe). 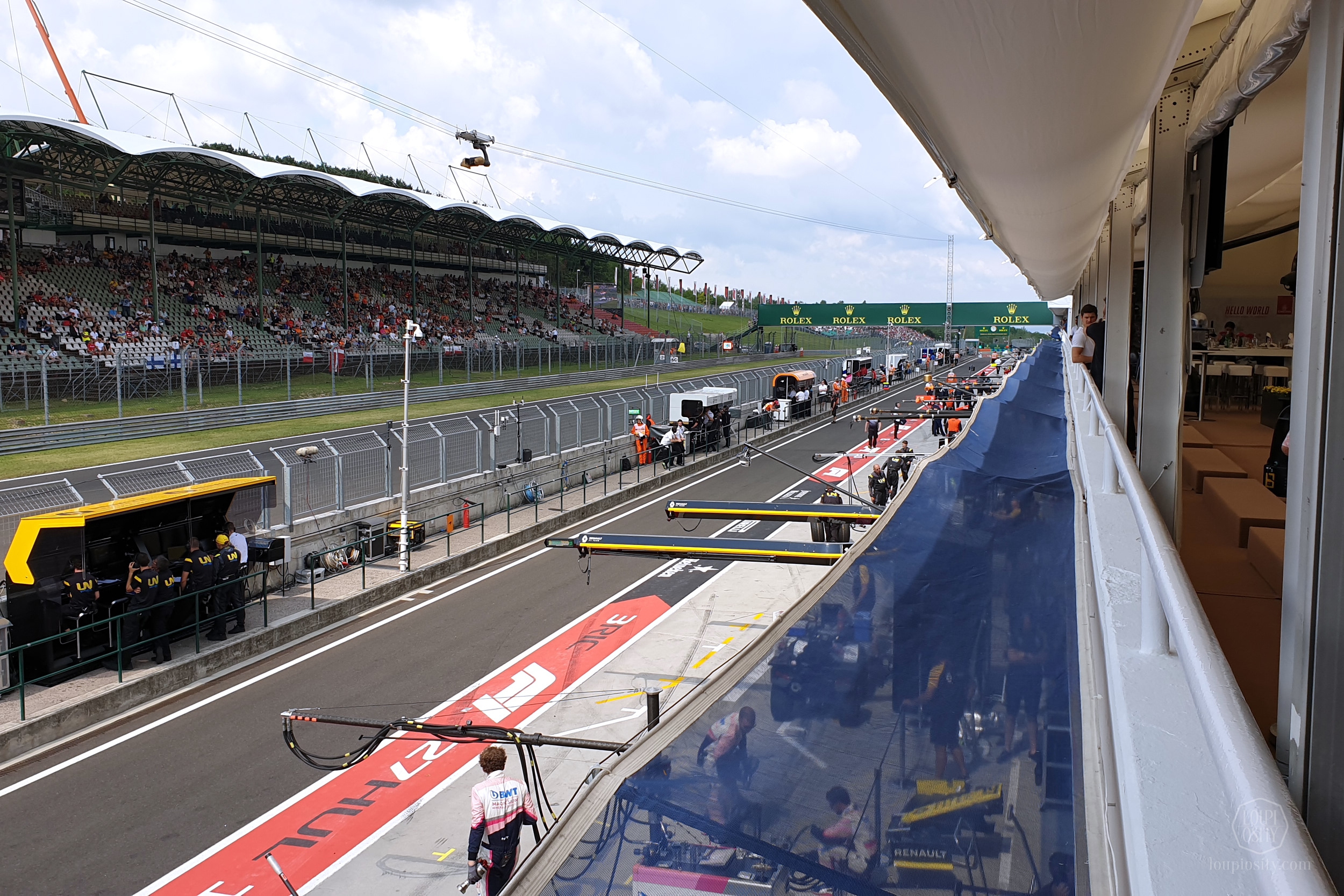 Ambassadors aka Rolex Testimonees are carefully selected. Members of the family include the Australian racing driver, Formula One Grand Prix winner and FIA World Endurance Champion Mark Webber; Tom Kristensen (the Dane who is the only person to win the 24 Heures du Mans nine times); the 2016 Formula One world champion Nico Rosberg and the legendary Sir Jackie Stewart.

Rolex has been a choice of many iconic men and drivers – Ayrton Senna gifted a 18k gold Rolex Daytona Ref. 16528 to his friend and former mentor Angelo Parilla (the piece is engraved at the back with ‘A Angelo da Ayrton 1978’ – to Angelo from Ayrton, the piece was auctioned by Phillips on May 11-12 2019). The ‘Paul Newman’ Cosmograph Daytona owned and worn by Paul Newman made the badly selling Daytona become one of the most sought-after chronographs ever. The piece with the message ‘Drive Carefully Me’ at the back from Newman’s wife Joanne Woodward was auctioned by Phillips in 2017.

Sir Jackie Stewart has a more than 51-year relationship with Rolex. The three-time Formula One champion bought his first Rolex timepiece, a yellow-gold Rolex Day Date with President bracelet in 1966 after he almost won the Indianapolis 500 on his first attempt. As he said ‘I chose Rolex before Rolex chose me’. He signed with Rolex in 1968 together with golf champion Arnold Palmer and World Cup alpine ski racer Jean-Claude Killy.

Sir Jackie has been serious about under-promising and over-delivering, which he still continues at the age of 80. I have been fortunate to spend some time of this racing weekend in his company. (Check out the dedicated article here.) 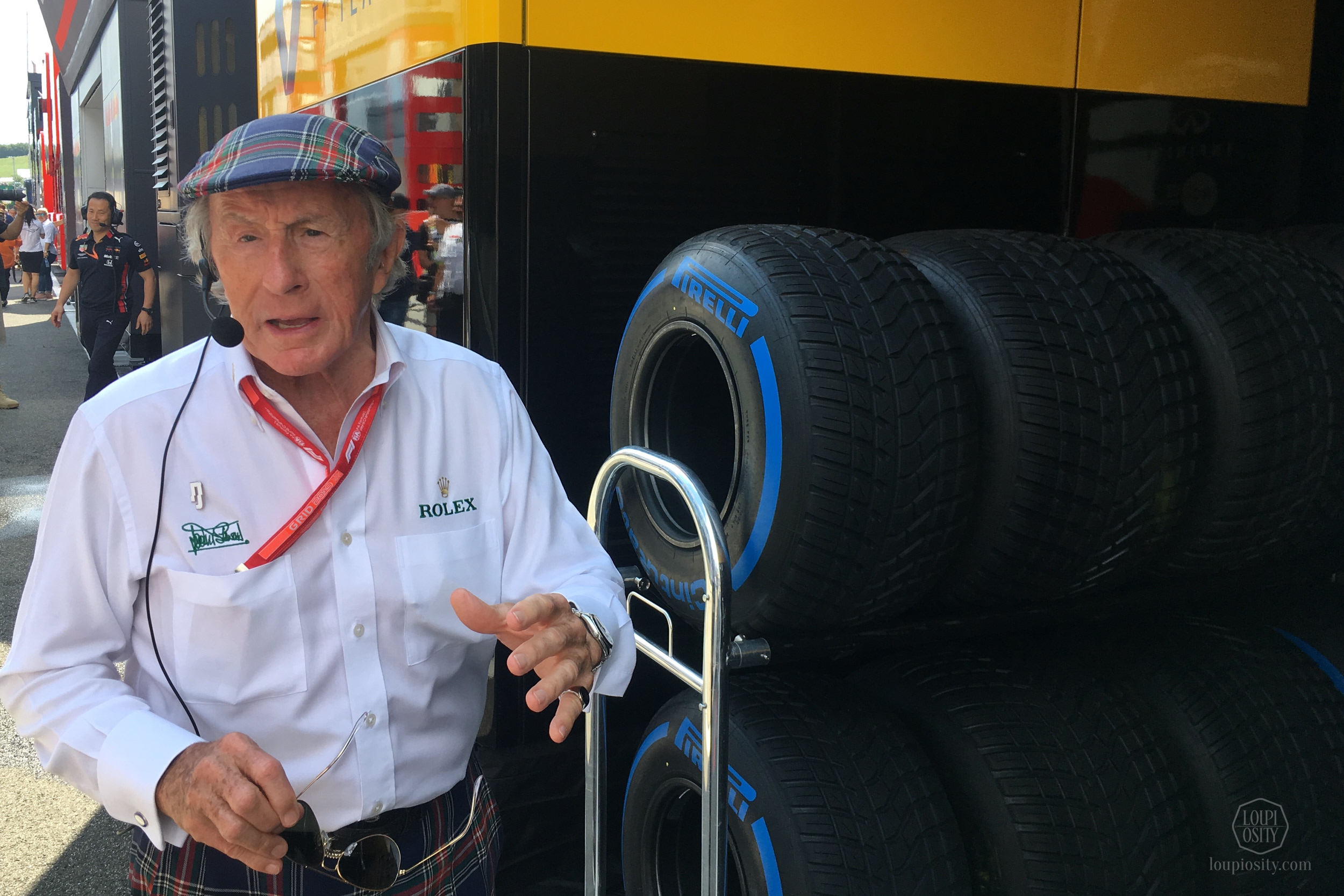 This was my third time enjoying the event up close and with Sir Jackie Stewart around it was very special entertainment. Compared to my last race in 2014 it was quite obvious that in order to engage fans even more the new owners of Formula 1 have put a lot of emphasis on personal experiences.

Formula 1 is the main event during the weekend, but you get to see the races and qualifiers of various classes like Formula 2 and 3, the Porsche Mobil 1 Supercup and the GP3.

The Paddock Club offers ‘the best seats in the house’ with great dining and other services on all race tracks. It is situated above the team garages and allows a sneak peak behind the scenes of the F1. 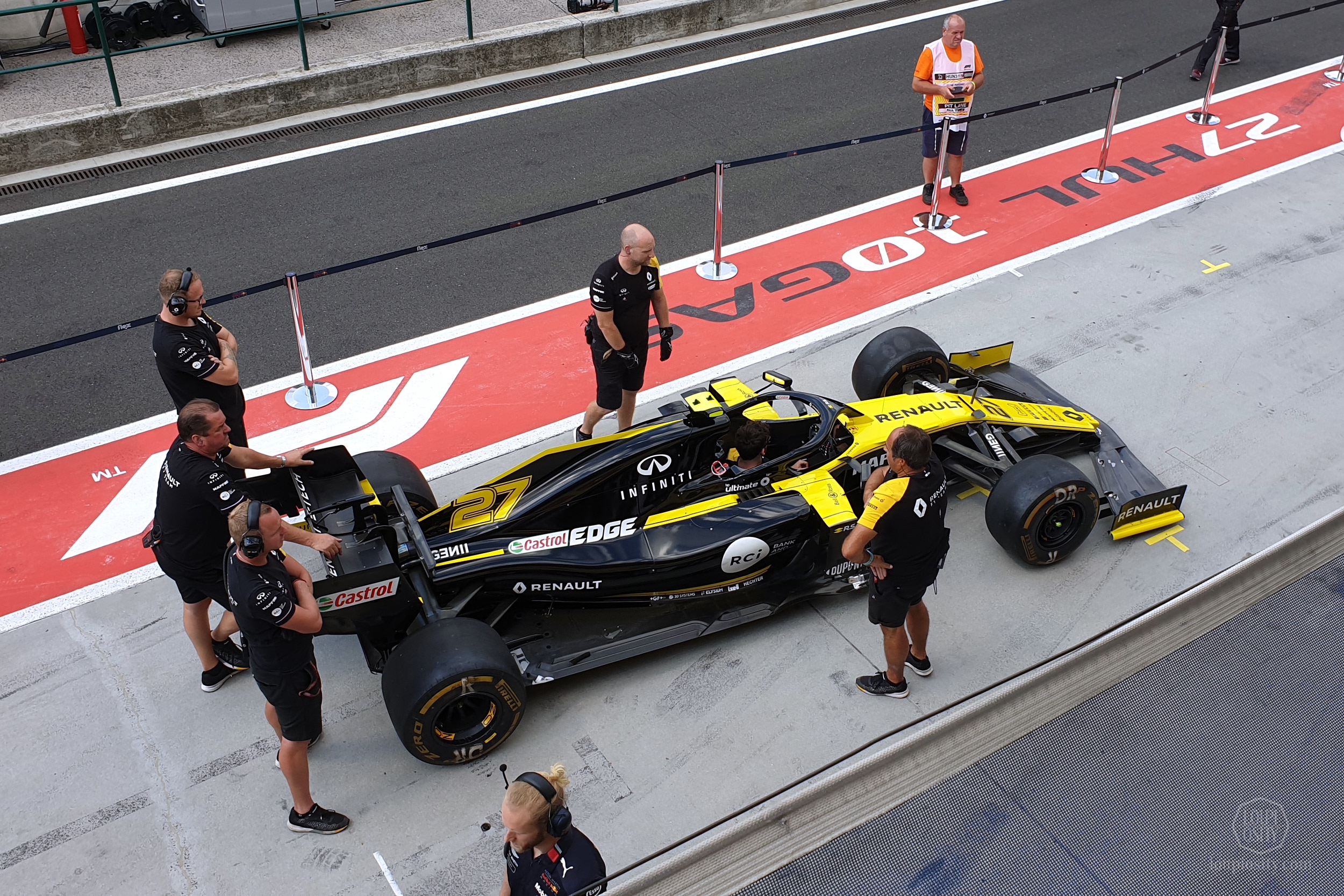 Experiences available to us included the pit lane walk, a photo safari very close to the running F1 cars at a dedicated corner of the track and a visit to the podium where you can look around from the winners’ perspective. 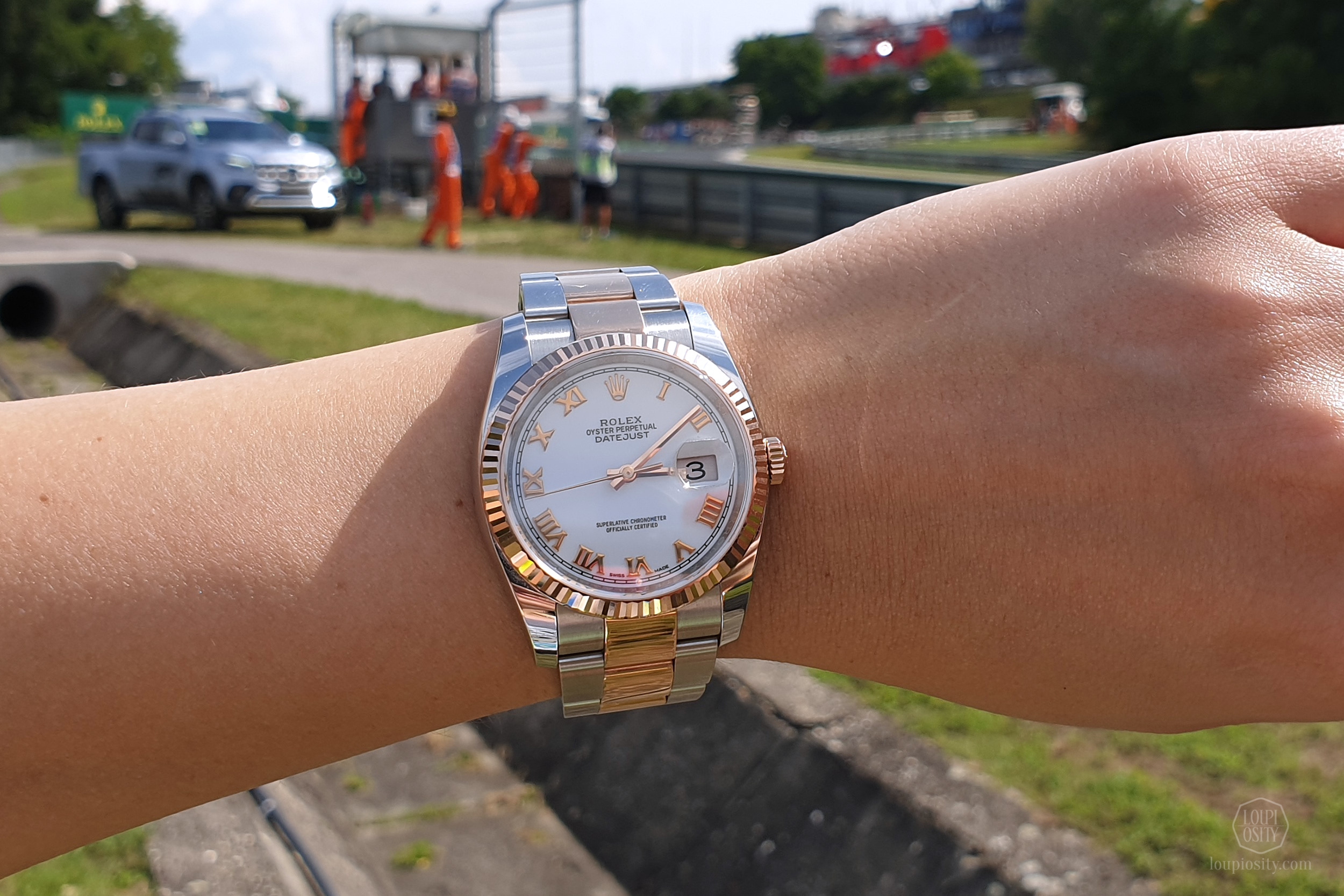 The Hungaroring itself was built in 1985 and it celebrated the first Grand Prix in 1986. It was the Formula 1 series’ historic first trip behind the ‘Iron Curtain’ which resulted in an epic dual between two Brazilian stars, Ayrton Senna and Nelson Piquet (Piquet won with the Williams, finally). The race has been a mainstay of the racing calendar ever since. FIA announced in 2016 that the Grand Prix’s deal was extended until 2026 at the Hungaroring.

‘I like the Hungarian GP. Everyone always says it’s Monaco without walls, but it’s not, it’s Hungary! It’s fast, it’s normally really hot and even though it’s a tight track there’s still quite a lot of overtaking and always a bit going on. The middle sector is one of the best of the whole year; it’s pretty fast with really quick changes in direction. The track used to be pretty bumpy but it’s improved a lot recently.’ – says Daniel Ricciardo.

This weekend the young Dutch driver Max Verstappen (Red Bull Racing) secured his first-ever pole position in F1 in qualifying for Sunday’s Grand Prix. His fans painting the grandstand orange made a huge ovation celebrating the feat. The Sunday race turned out to be an exciting ‘catch me if you can’ game with five-time Formula One world champion Lewis Hamilton, who finally got him a few laps before the end thanks to a brave but successful tyre strategy.

The first GP in the second-half of the season is the Formula 1 Johnnie Walker Belgian Grand Prix at Spa-Francorchamps on the weekend of 30 August – 1 September. Enjoy the show!

Thank you Petite Genève Petrović for the great experience! 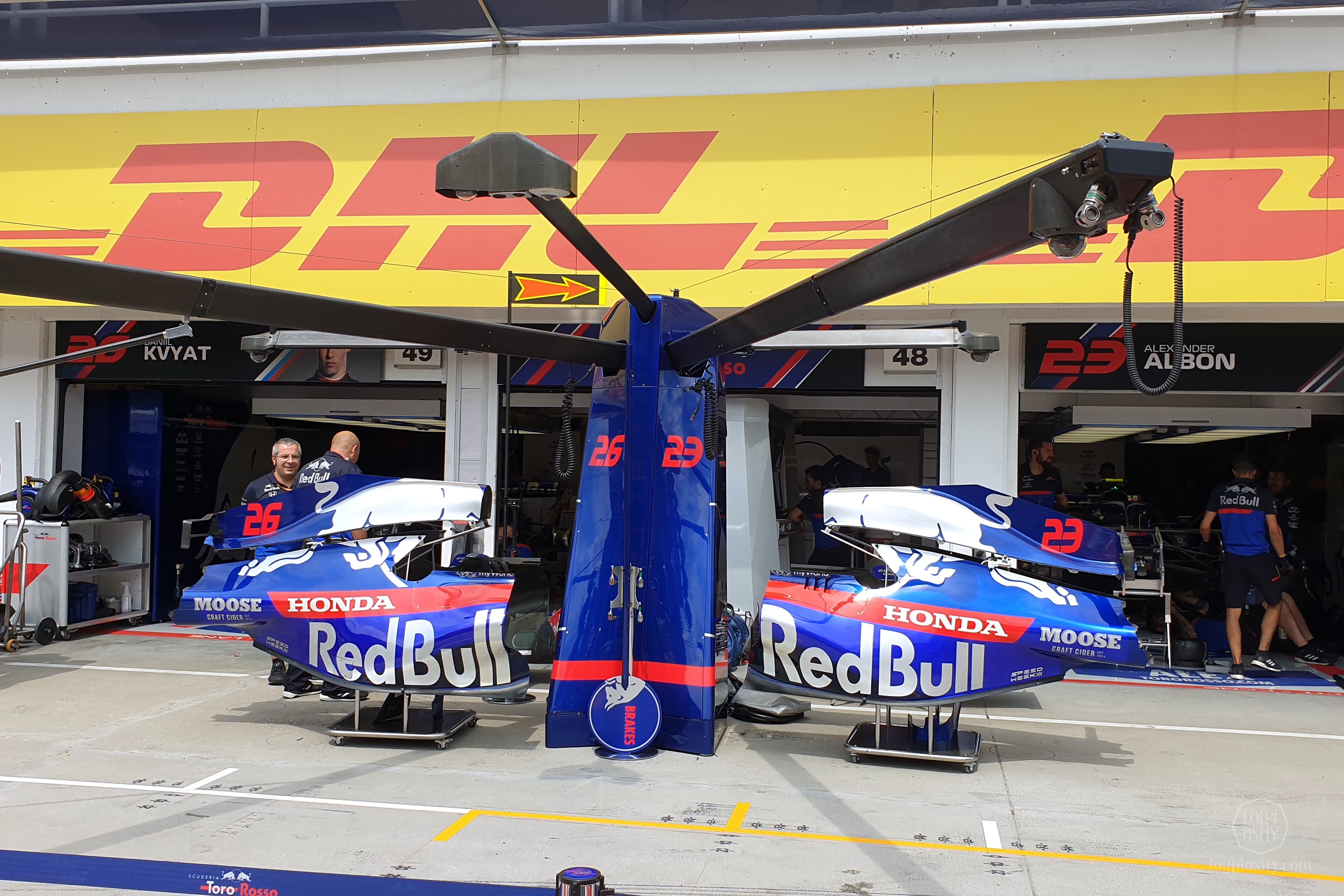 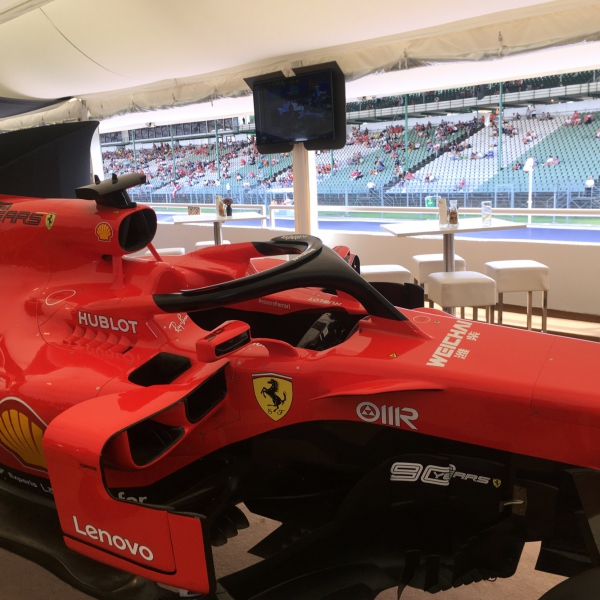 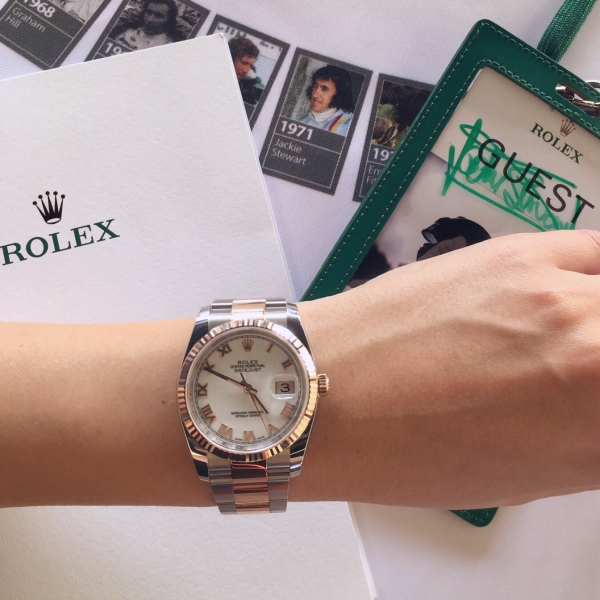 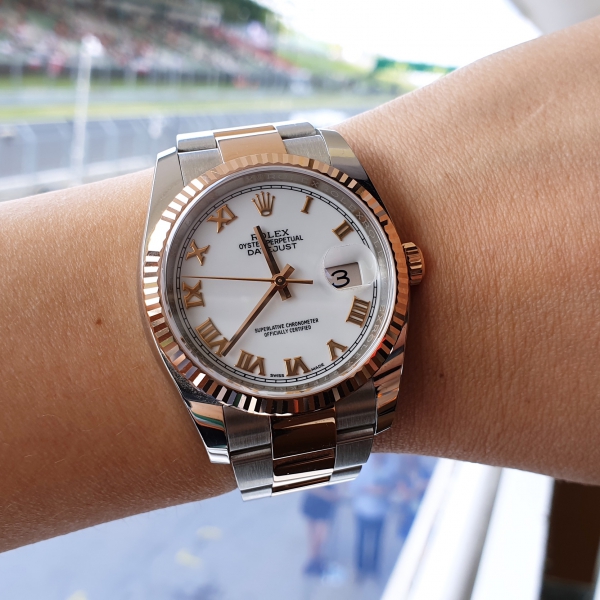 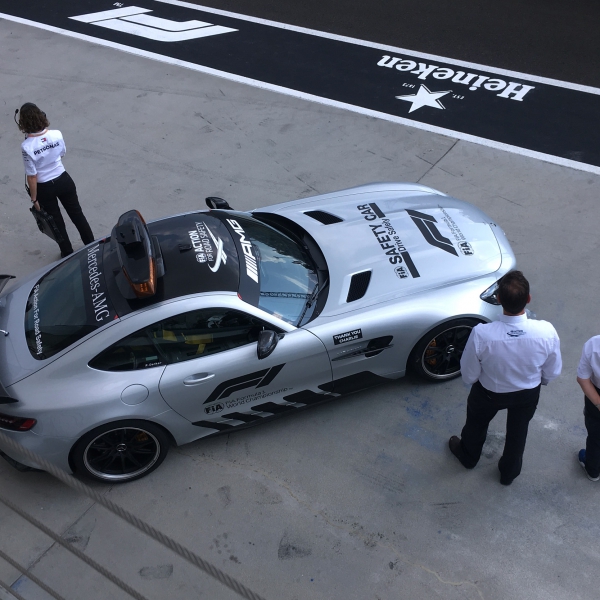 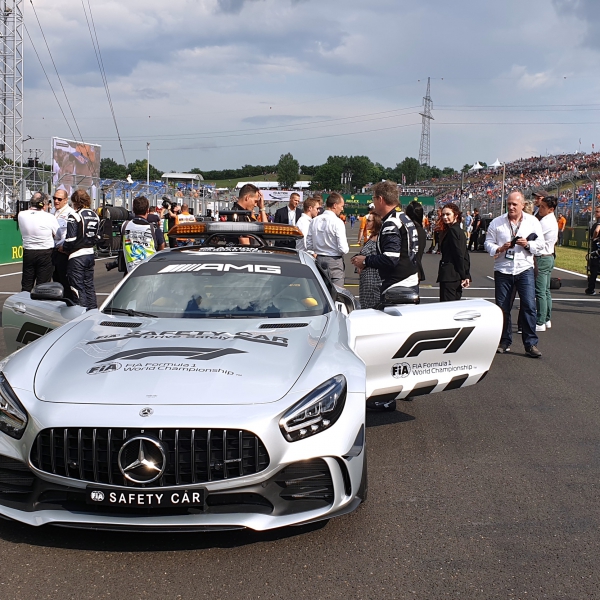 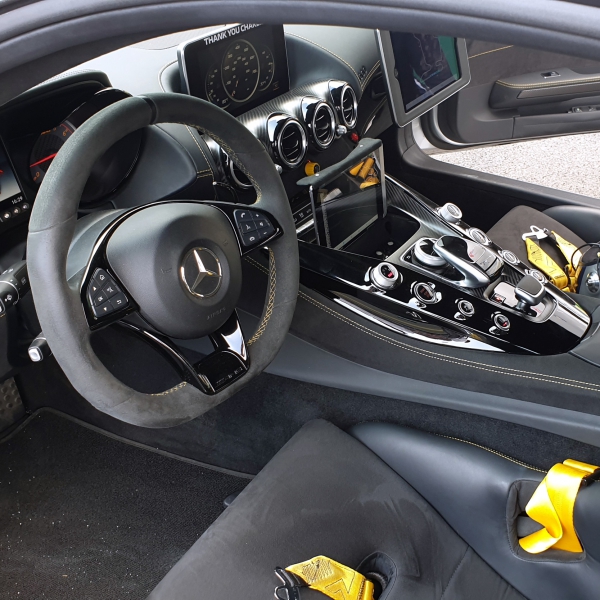 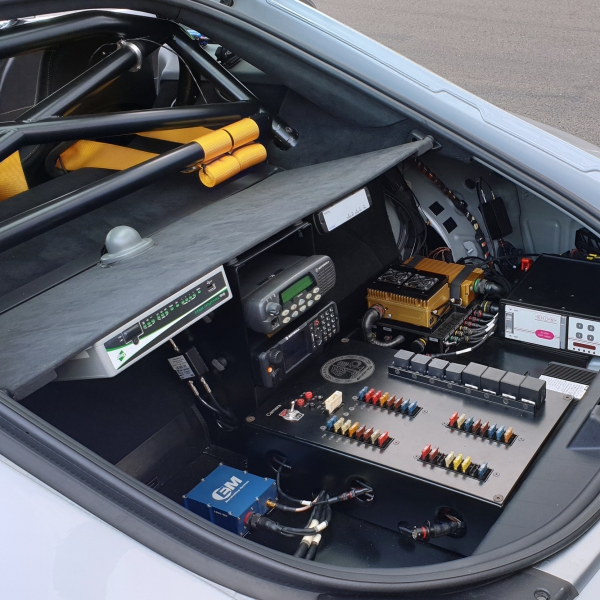 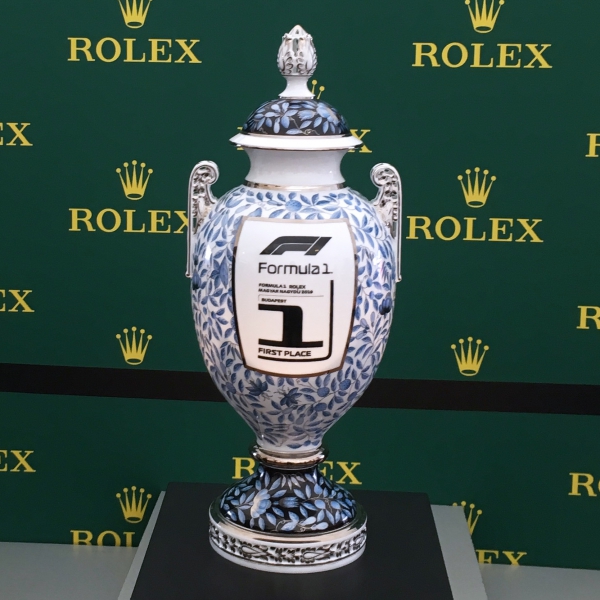 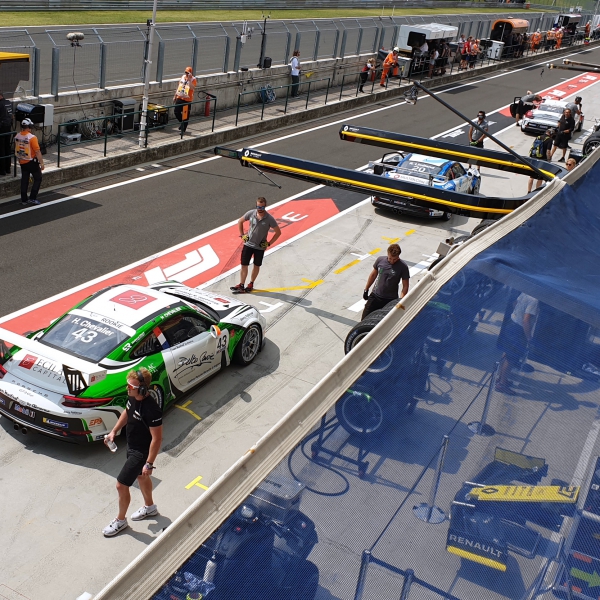 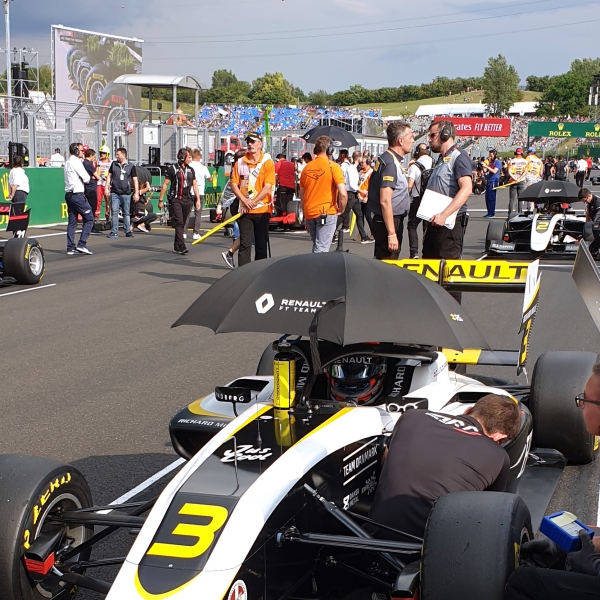 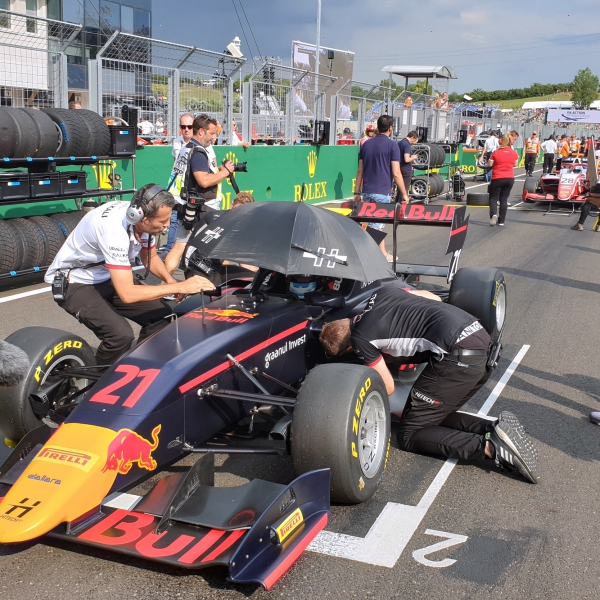 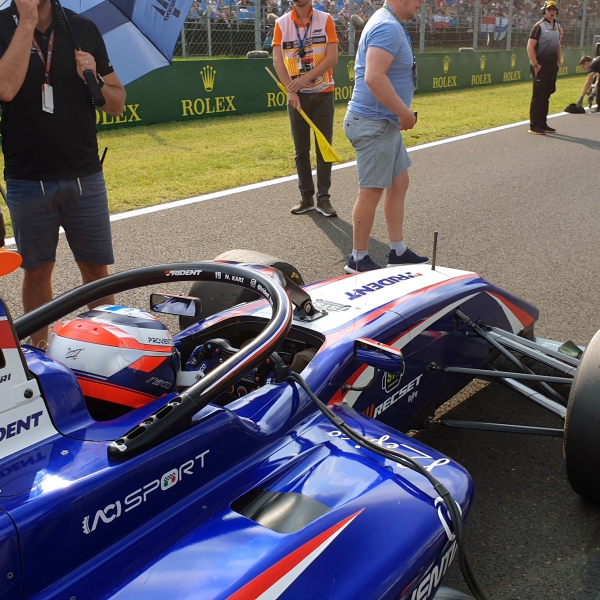 IWC Schaffhausen Official Mercedes-AMG Petronas Formula 1… IWC Schaffhausen and the Mercedes-AMG Petronas Formula One TM Team just unveiled the very first official team timepiece. We had the chance to preview the new Pilot’s Watch Chronograph 41 Edition ‘Mercedes-AMG Petronas Formula One TM Team’.The OAK Collection - Rolex & Independent Chapters 4 out of the 11 chapters of the OAK Collection exhibition are dedicated to pieces of Rolex and independent brands. The vintage and contemporary museum-quality watches include special orders, ultra-rare limited editions and the most valuable examples of particular models. The four-stop exhibition world tour starts in the London Design Museum (19-25 May).Christie’s Luxury sale in Geneva, November 2022 - Part 1 Christie’s Luxury sale series returns to Geneva this autumn, including highlights from the finest wines, historic vintages and limited edition watches to the rarest diamonds. We selected a few interesting lots from the preview.