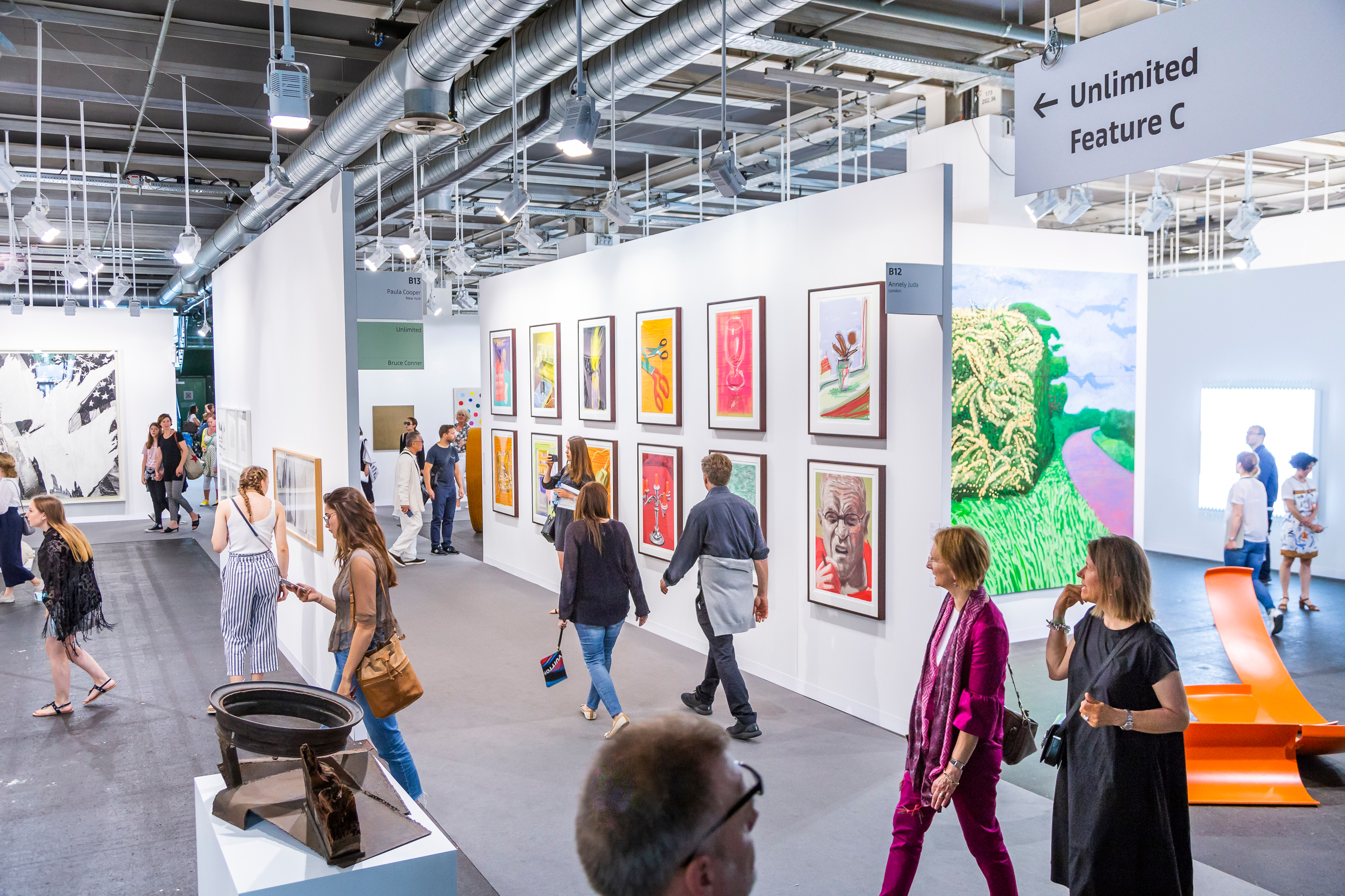 The number of art fairs has exploded in the last 10-15 years. Whether this is good or bad is continuously debated, but art lovers can enjoy a greater variety of visual entertainment and marketplace no doubt. Art Basel starts on 11 June for the 49th time and as a messenger, the regular Art Market report was published earlier in March. We browsed the report for the latest findings.

The ‘granddaddy of art fairs’ Art Basel has been going on since 1970 and is still one of the biggest contemporary-focused shows today. A Hong Kong and a Miami edition have been added to the original Basel fair, each uniquely defined by its hosting city. Differences lie in the participating galleries, artworks and the content of the parallel programs produced in collaboration with local institutions. The Basel edition is just around the corner: it kicks off with private days on 11 and 12 June followed by the public days between 13-16 June at the Messeplatz. 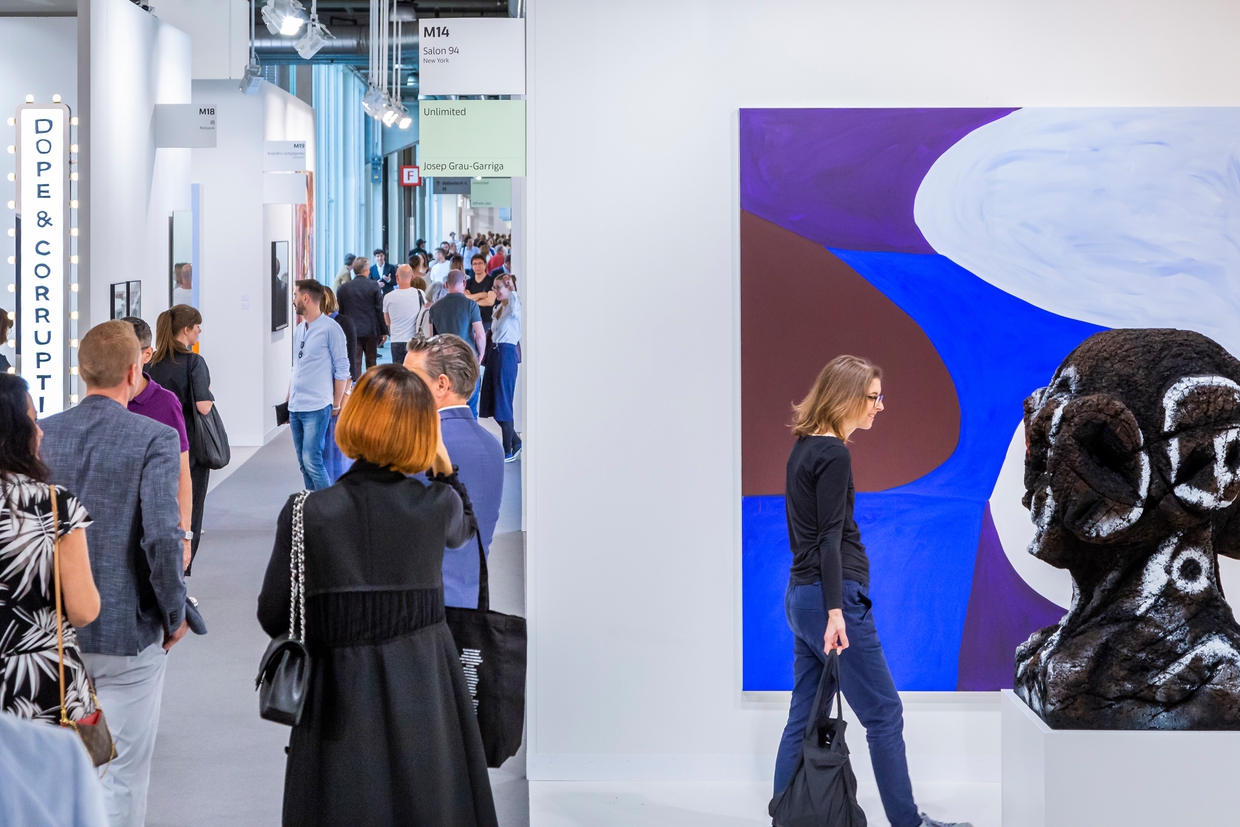 The event has been partnering with UBS for 25 years. As the global network of Art Basel expanded, UBS increased its lead partnership to include all three shows and is today Global Lead Partner of Art Basel. Additionally, they are associated with Art Basel Cities (a new initiative launched in 2016 rolling out vibrant cultural programs with selected cities – 2019 is in partnership with Buenos Aires) just like the detailed The Art Market 2019 report.

‘The Art Market 2019’ report was prepared by Dr. Clare McAndrew, a cultural economist and founder of the Arts Economics – a research and consulting firm focused exclusively on the economics of art.

Key findings of the report

Looking ahead to sales in 2019, dealers had mixed views: 29% thought that their sales would be lower than in 2018, while 30% were optimistic that they would increase. This represents a considerably less-optimistic picture than in 2017, when the majority of dealers (58%) were expecting rising sales.

Post-War and Contemporary sales accounted for half the fine art auction market’s value in 2018, reaching $7.2 billion, an increase of 16% year-on-year, despite a slight drop in the number of lots sold (by 5%).

In 2018, global sales in the online art and antiques market reached an estimated $6 billion, up 11% year-on-year. Aggregated online sales accounted for 9% of the value of global sales, slightly lower than the global online retail sector, where e-commerce represented 12% of total retail sales in 2018. 93% of millennial high-net-worth (HNW) collectors reported that they had bought from an online platform, compared to a majority of baby boomers who had not bought art online before. 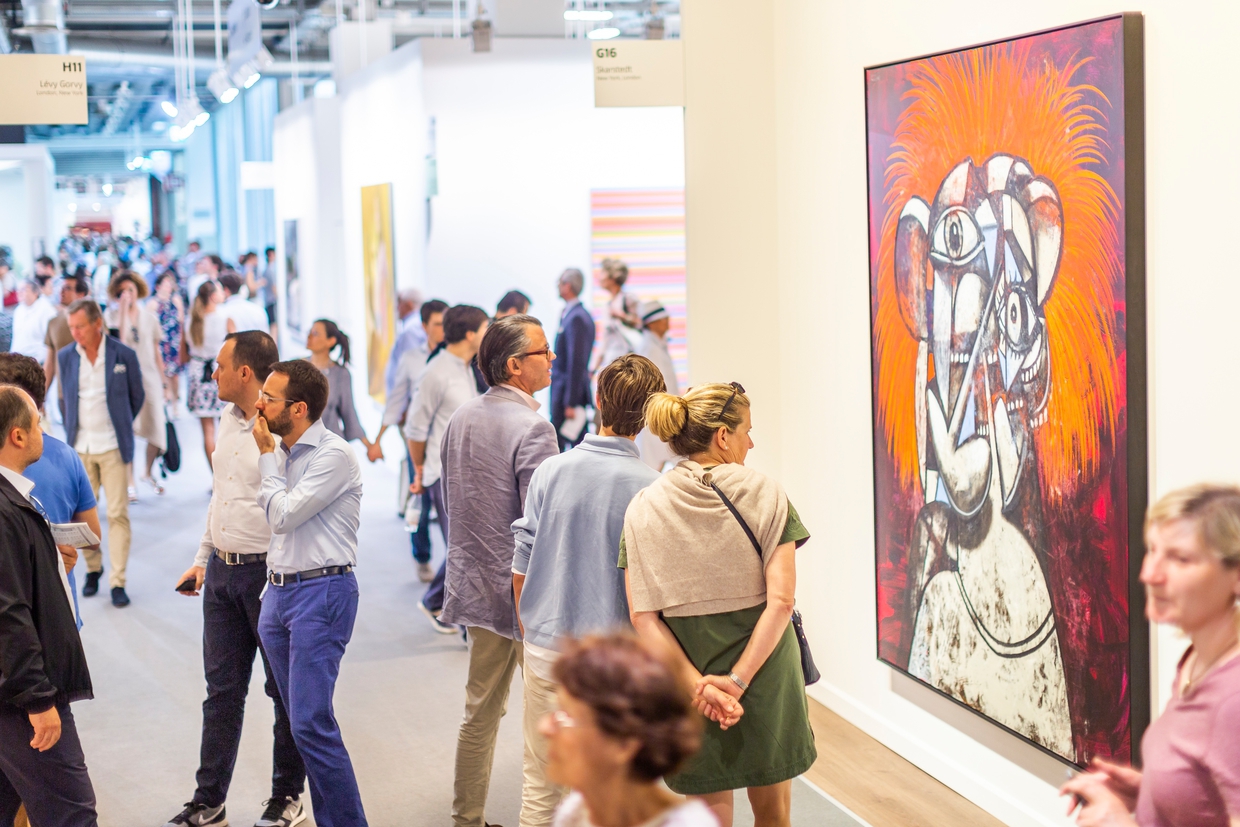 As a dedicated chapter of ‘The Art Market 2019’ report details the gender disparities experienced (also) in the art market, which have been the subject of continued studies and debates for many years. Imbalance exists in both the representation and price of the artworks. Works by female artists comprise a small share of major permanent collections in the US and Europe, while at auction, women’s artworks sell for a significant discount compared to men’s. Only two works by women have ever broken into the top 100 auction sales for paintings, despite women being the subject matter for approximately half of the top 25. (Data from the report, based on the research of Taylor Whitten Brown, Duke University).

Statistics show the changing share of female artists in exhibitions. Data from Artfacts.net displays that the share of women in global exhibitions has grown from just 4% in 1900 to 25% in 2000, and up to 33% in 2018, with nearly half of the women represented appearing after 1950 and relating largely to the contemporary market.

From gallerist Gisela Capitain whose gallery focuses on European and American Contemporary Art and exclusively representing the Estate of Martin Kippenberger; through Ellen Pau video-artist based in Hong Kong or the Mexican-born Julieta Aranda conceptual artist and appointed advisor to Art Basel Conversations; to Marina Olsen and Karolina Dankow who founded Karma International gallery in 2008 and represent a great amount of female artists.

Part of its mission to associate its brand with exceptional artistic performances, Audemars Piguet has been partnering with Art Basel since 2013. The company launched the Audemars Piguet Art Commission, which is a series of projects of all flavours done together with selected artists. Every year they collaborate with curators and artists to imagine new artwork which celebrates the dialogue between contemporary art, science and fine watchmaking.

It manifests at the Audemars Piguet Art Lounge at the various Art Basel editions. This year’s Hong Kong show they collaborated with Fernando Mastrangelo a Brooklyn-based sculptural artist, which will be transported to the Basel edition too – with additional elements. The design element debuting in Basel is a chandelier made of crushed glass, referencing the limestone stalactites in the Swiss Vallorbe Caves, which will be suspended above the watchmaker’s desk.

As Mastrangelo describes: “I wanted to reflect the Manufacture’s history and the landscape that inspires the creation of these beautiful watches. The space for me is about the journey across the Vallée de Joux and each part of the journey is punctuated with sculpture and furniture. The audience will walk through the spruce tree forest, watch the sunset from the Vallée and feel the texture of the Swiss Vallorbe Caves. Each part is handmade and cast using materials as a metaphor for the awe-inspiring landscape.” 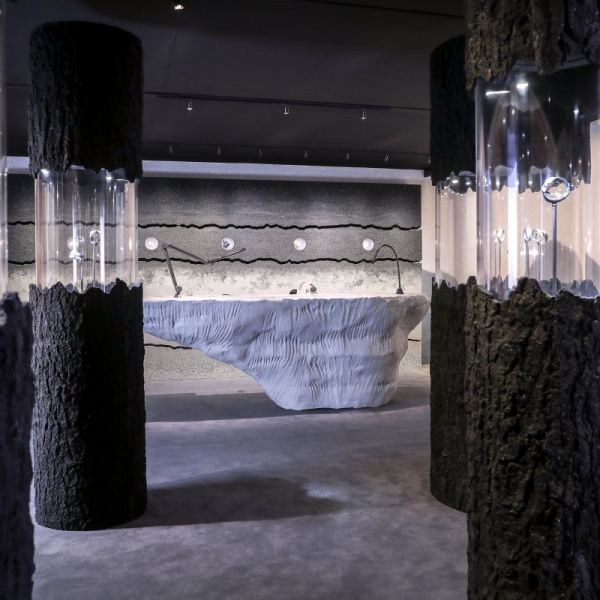 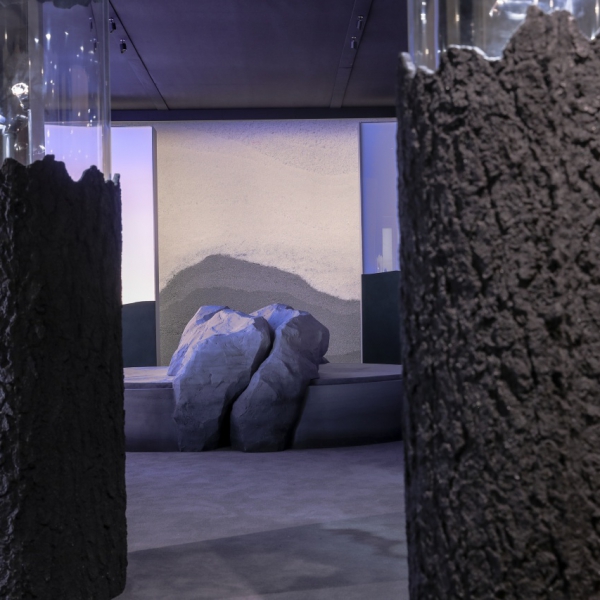 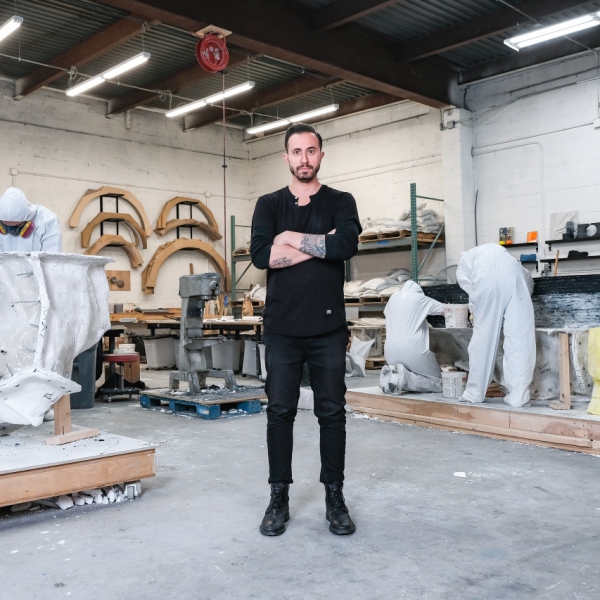 Art Basel is also supported globally by BMW (who has co-developed the BMW Art Journey with Art Basel to recognise and support emerging artists worldwide), Ruinart, Sanlorenzo, and La Prairie.

Brands and art at Art Basel 2021 Art Basel has a long-standing tradition of working together with well known partners and brands. Some of them are even dedicating significant resources to commission artists or art projects and either launching and communicating it at the fair or including the artist in the exhibition program. Now - as Art Basel 2021 is back with an IRL edition in Basel…Hemmerle at Design Miami/ Basel One of the most unconventional and most recognisable high-jewellery houses, Hemmerle exhibited for the first time at Design Miami/ Basel. Finally we got to see art, jewellery and design pieces in real life in Basel - so naturally, the booth of the Munich-based brand was the top on the list to visit.About heritage and future with Stéphane Belmont from… SIHH gives us the chance to encounter many interesting minds working either on the creations and / or influencing the present and the future of a brand. In the magical forest of Jaeger-LeCoultre at the SIHH2019 we met with Mr Stéphane Belmont, Heritage & Rare Pieces Director at Jaeger-LeCoultre.