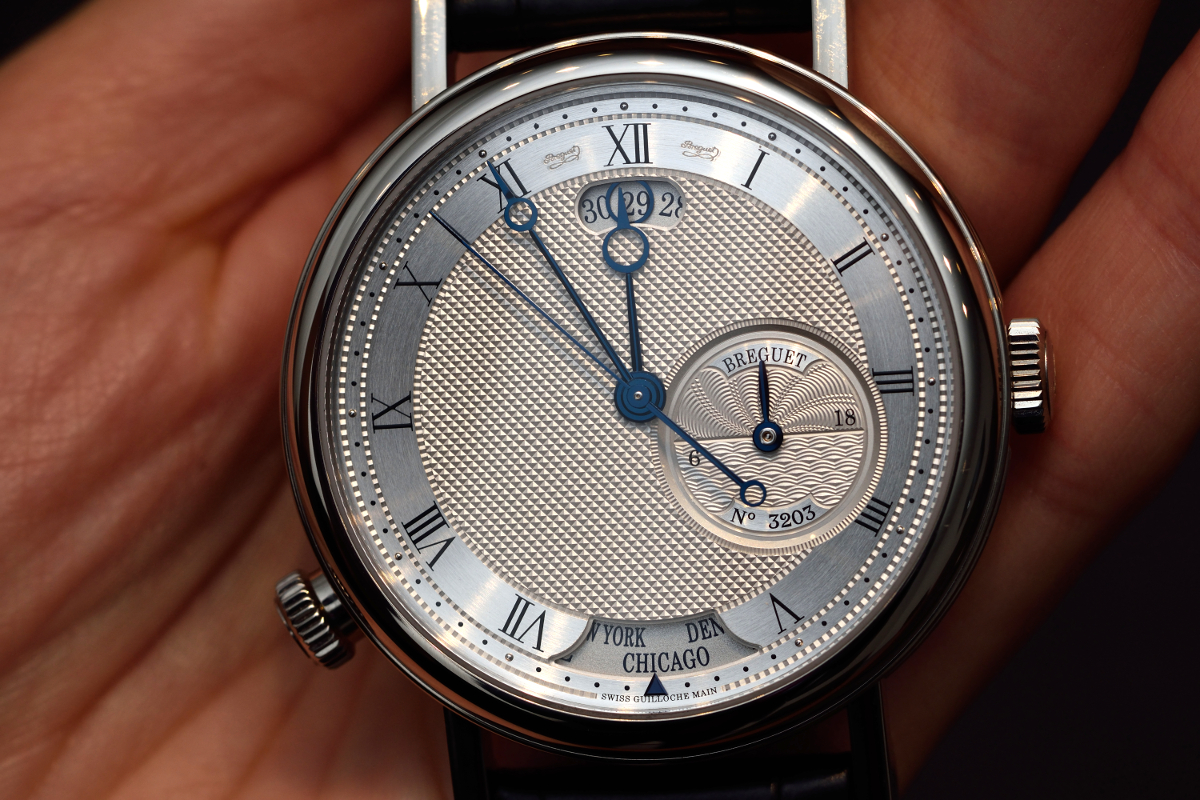 Early November Les Ambassadeurs organised the last Espace Connaisseur of this year addressing a rather complicated topic; silicon in 21st century watchmaking. The special guest of the event was a brand known for innovation and for being one of the early adopters of the new material: Breguet.

The presentation took off with Timm Delfs’ overview about the new materials used in fine watchmaking, with special respect to silicon and its key characteristics.

If you cannot recall your chemistry studies exactly, let me refresh your memory.

We can find silicon on the periodic table of the chemical elements, under the symbol Si and atomic number 14. (Make sure you’re not mixing it up with silicone, which is a “rubber-like” synthetic polymer material that contains silicon too. A gel modified version of silicone is used for example for implants or contact lenses.)

Silicon on the other hand is a metalloid that is one of the most common elements in nature, but rarely in pure form. It bears several characteristics of metals. A Swedish chemist and one of the founders of modern chemistry, Jöns Jacob Berzelius (1779-1848), is credited to identify the chemical element silicon around 1824. It was later given the name silicium. It is dark grey and has a shiny, crystalline appearance (see the picture below).

Silicon is a semiconductor and the electrical conductivity increases with temperature. It is solid at room temperature, with relatively high melting and boiling points of 1414 and 3265°C. Interesting, that it has a greater density in a liquid state than in a solid state, so it has the unusual property (like water) that it expands as it freezes. 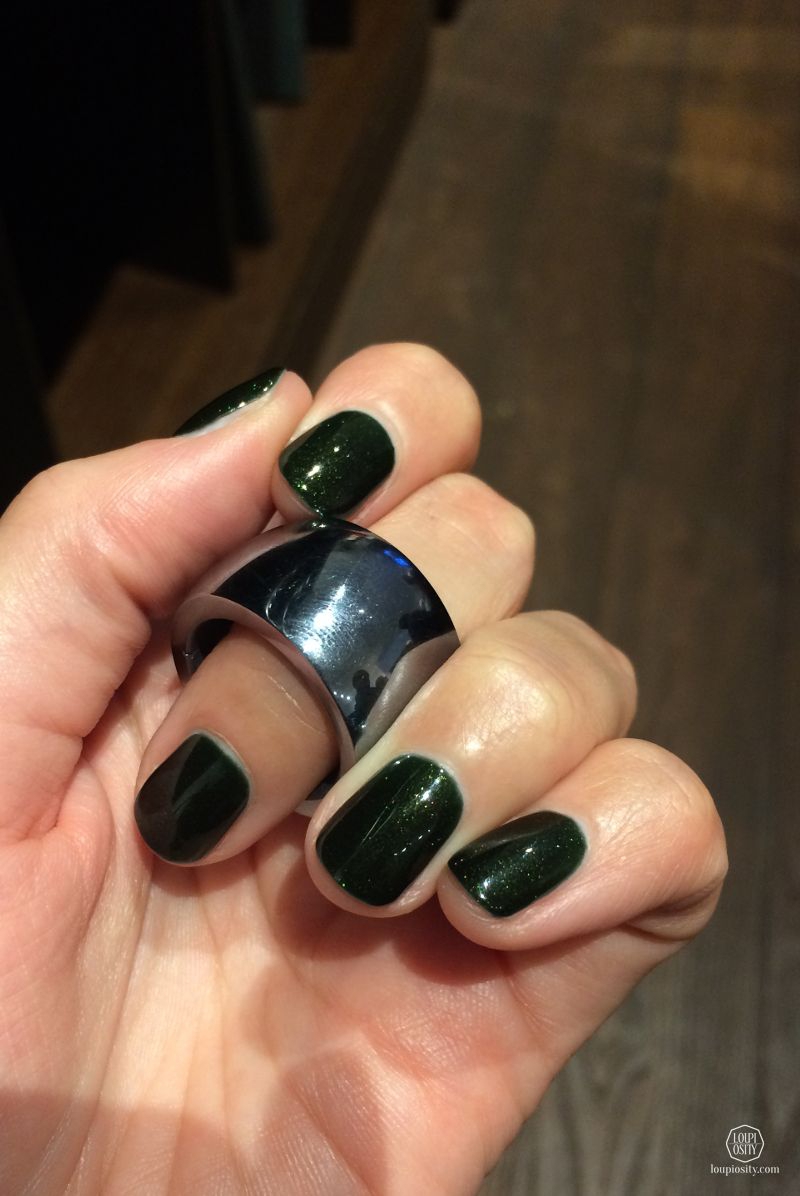 Silicon has quite a wide range of application – in the area of special alloys, ceramics, glass and electronics. As Timm explained, the main enemies of mechanical watches include water, shocks, temperature changes or magnetism. Silicium has very desirable properties in this respect: it is thermally stable, shock resistant, and requires little to no lubrication, and it is lighter and harder than steel. Therefore, it’s no surprise that since 2000 silicium has become popular in mechanical watch movements too. Manufactures create mainly hair-springs, escapement wheels and forks from silicon.

Nakis Karapatis (Vice President, Head of Operations at Breguet) and Gianfranco Ritschel (Trainer and consultant in watchmaking at Fondation de la Haute Horlogerie) shared more details with us about the silicon parts used by Breguet.

About 10 years ago Breguet started research on silicon and how they could potentially apply it in movements. The manufacture first used it in the Classique models: ever since, the Classique 5177 timepiece is equipped with an escape-wheel and lever made of silicon, while the Classique 5197 and 5837 watches feature silicon escape-wheels, levers and flat balance springs. In 2011 the silicon balance spring, lever and escape-wheel found their place in the Type XXII 10 Hz. It became the first series-made mechanical chronograph with a frequency raised to 10 Hz or 72,000 vibrations per hour. Breguet uses silicon also in its “Grande Complication” timepieces such as the Tradition Répétition Minutes Tourbillon 7087 or the Tradition 7047 PT. 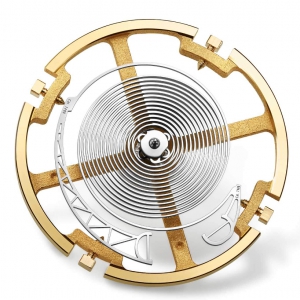 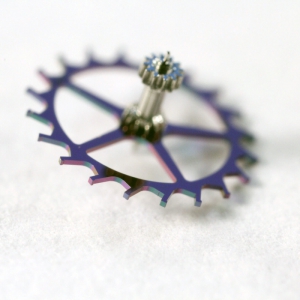 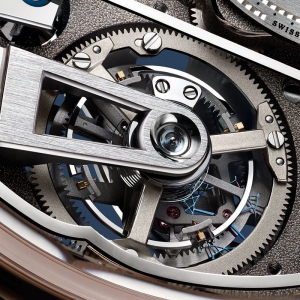 As mentioned before, the sudden temperature changes effect the operation of these fine mechanisms and watchmakers are keen to find solutions to minimise this effect. Breguet applies a special thermal oxidation process for the silicon, protected by a patent.
The components are customarily constructed using Nivarox for the spiral.

Nivarox is a company – owned by Swatch Group – specialised in escapement parts, oscillating parts, balance-spring, electro erosion process and more. Nivarox (the name originates from “Nicht variabel oxydfest” meaning “Non-Variable Non-Oxidizing”) is also a trade name of a special metallic alloy (alloy of cobalt, nickel, chromium, iron, titanium and beryllium). Its’ notable property is that the elastic coefficient is remarkably constant with temperature.

Using high-tech materials in “traditional fine watchmaking” is slightly controversial. At the end of the presentation we had an interesting discussion about the pros and cons of employing them in timepieces. Some people say that there should be a limitation for utilizing such new materials in traditional fine watchmaking. Others argue this view and opine that even Abraham-Louis Breguet experimented with new solutions and the new materials such as silicon can help the strive for mechanical perfection.

There is also a scepticism in the market about this material; currently watch engineers do not have really long term results and comparative analysis of the durability and reparability of mechanical movements with silicon. Because of this, some manufactures declared that they would not be using silicon, and others would limit the usage to a certain extent.

Just as at previous Espace Connaisseurs the discussion went on while experiencing the top pieces of watchmaking. The next event will take place in 2017, stay tuned for more! 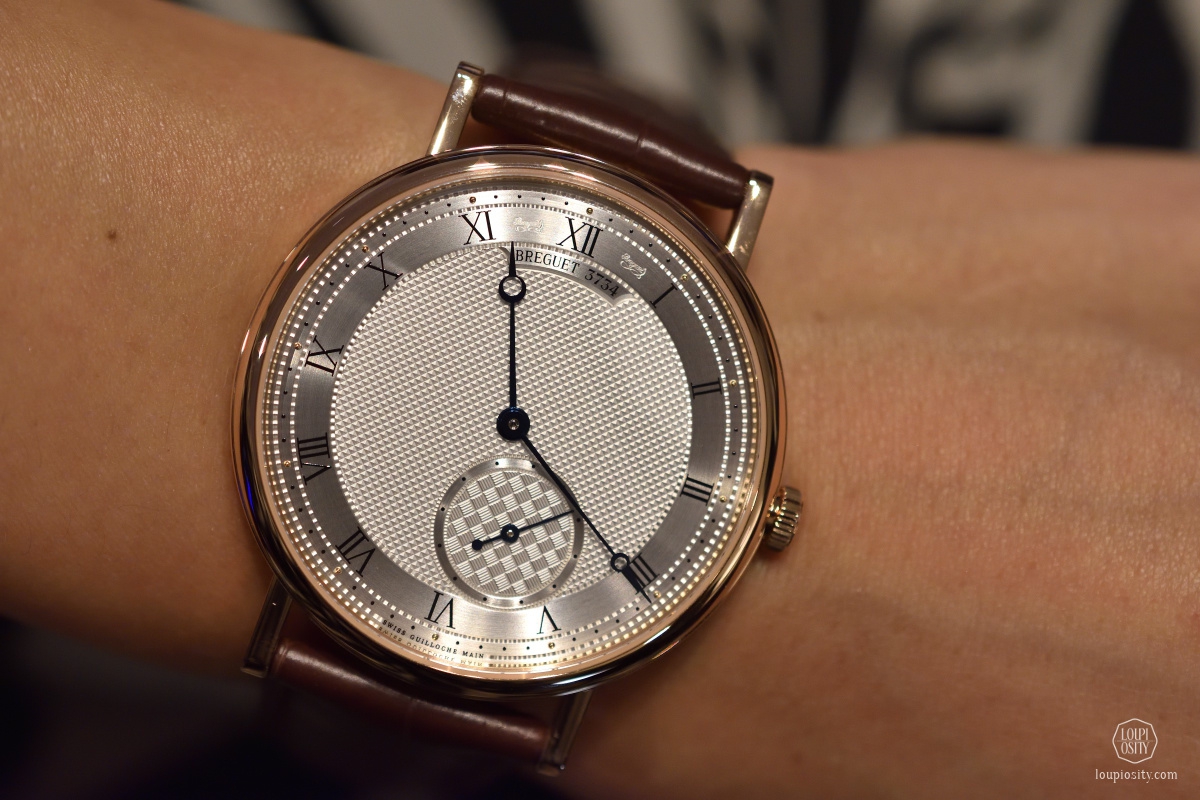 Photo credits: Breguet, Loupiosity.com.
All registered trademarks are property of their respective owners.
All rights reserved.

Girard-Perregaux Free Bridge & Infinity Editions On the occasion of the Geneva Watch Days, Girard-Perregaux showcased the new Free Bridge model and a ‘capsule’ collection including a special edition of their existing models.Audemars Piguet at the Dubai Watch Week 2021 Audemars Piguet took part in the 5th edition of the Dubai Watch Week from 24 to 28 November 2021 at the Gate in the Dubai International Financial Centre with a booth and exhibition space, dedicated mainly to the Royal Oak Offshore.Panerai at Watches and Wonders 2021 At this year’s Watches and Wonders Panerai presented new Luminor and Submersible timepieces and with their new IOC-UNESCO cooperation the Neuchâtel-based manufacture reinforces its commitment to a sustainable environment and a healthy ocean.