“There is no second, your Majesty.” 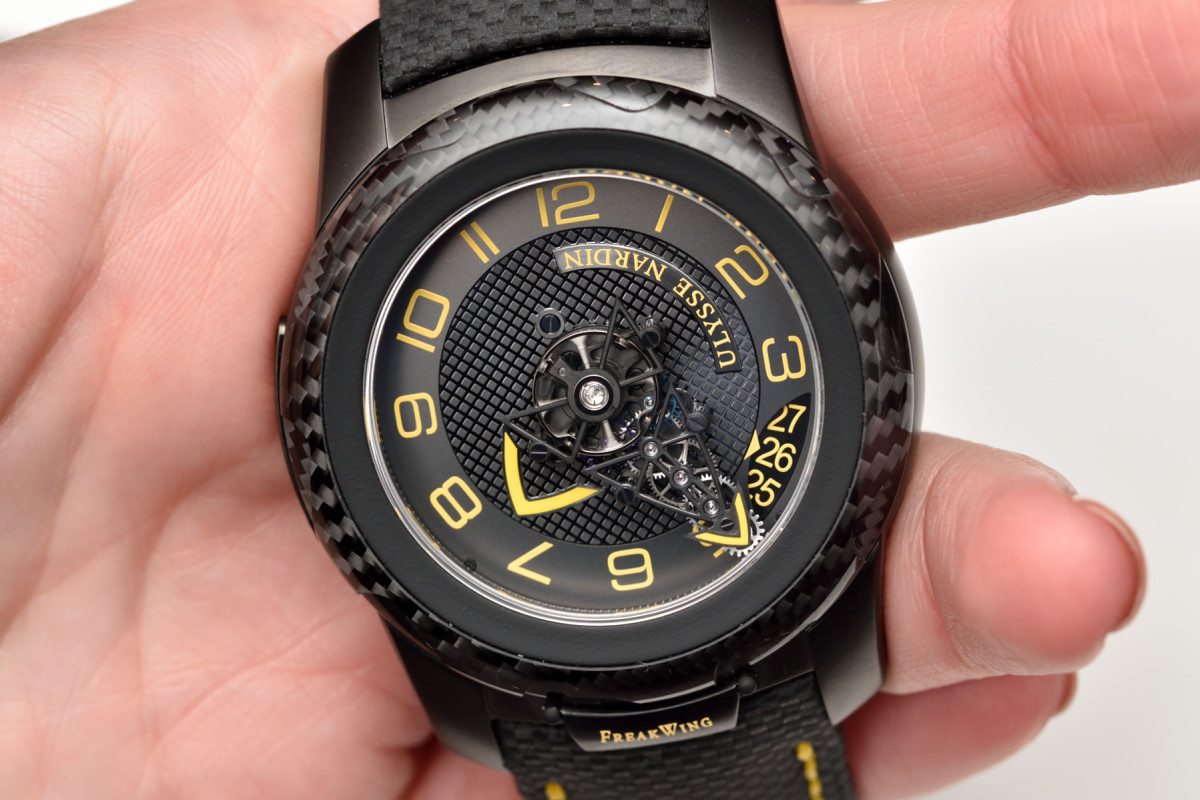 They say, that the famous sentence above was a reply to Queen Victoria’s question while following the One Hundred Sovereign Cup on 22nd August 1851, later renamed to the America’s Cup. The legendary race is approaching the 35th edition, taking place in the Bermudas in 2017 and Ulysse Nardin is doing its best to support the Artemis Racing team of the Royal Swedish Yacht Club to defeat the cup holder Oracle Team USA of the Golden Gate Yacht Club.

In the spirit of the illustrious race, the fine watchmaking company presented two new limited edition models, one Freak and one Classico at Baselworld 2016.

In 2001 it started as a freakin’ concept: no hands, no crown and world’s-first silicon escapement. It became a collection with pieces casted from new materials and boasting technical feats, leaving observers speechless. 15 years have passed and the Ulysse Nardin Freak is still one of the most heart-throbbing timepieces on the market.

And the heart was just given an extra rush with the new FreakWing introduced at the watch fair that was made to fly the Artemis team’s boat to the finish line in the 35th America’s Cup.

The America’s Cup is the world’s oldest sport trophy, organized since 1851. The first took place around the Isle of Wight and was won by Schooner America, hence the name. The cup holder can be challenged by anyone who meets the Deed of Gift. The big race is preceded by the selection competition of challengers – whoever wins the challenger series has the right to go head-to-head with the America’s Cup holder. The winner gains stewardship of the cup. Throughout the years rules and boats have constantly changed – the 2017 edition will be fought in the Bermudas in 48ft boats. The cup holder is the Golden Gate Yacht Club and the challenger will be the winner of the Louis Vuitton America’s Cup World Series 2016. It is rolling full steam with five stations and AC45 boats, capable of over 45 knots (84 km/h) in a 16 knot wind: Oman (27 February), New York (6 May), Chicago (10 June), Portsmouth (22 July) and Toulon (10 September). In between races, the Artemis crew practices in various boats at its newly opened America’s Cup base in Bermuda.

This is probably the most technical looking Freak so far with a checked pattern carbon fibre bezel and case back, fitted on a blackened titanium body. It does shout out for the wind and water. 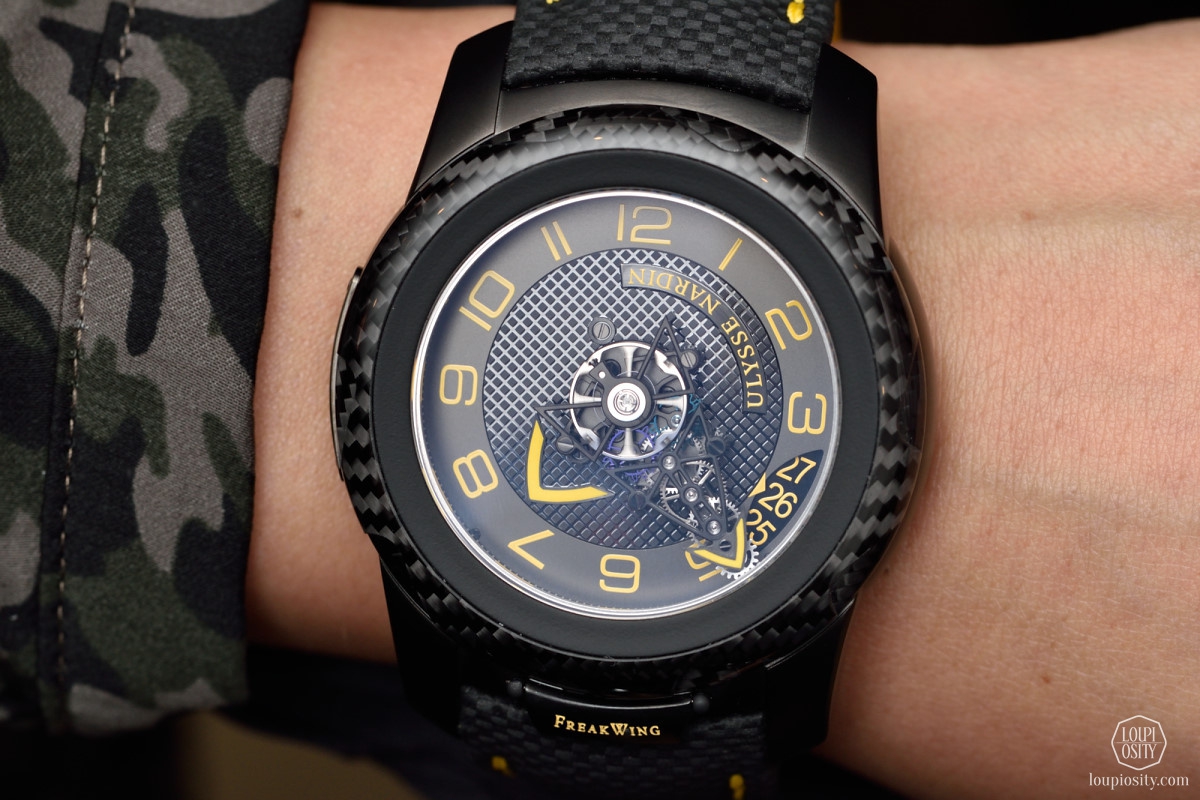 In the absence of the crown, the bezel is the time and date setting device, unlocked by the pusher at 6 o’clock. Being turned clockwise moves the time pointing bridges while when moved anti-clockwise it sets the date. The techno pattern flows down to the strap, lit up by two yellow stitchings that run in parallel. The time indicators are yellow too, just as the numbering.

It is based on the Caliber UN-210 that worked in the 2015 FreakLab, providing date function and the UlyChoc system protecting the balance mechanism from shocks – something serious yacht racing has plenty of. Following the concept of the Freak line, the whole movement rotates – the lower bridge points to the hours, while the upper bridge carrying the gear train points to the minutes. The latter includes the Dual Ulysse escapement, introduced in 2005. It has no pallet fork, but two oil-free silicon wheels with great physical attributes thanks to the material and an unusual toothing. The mainspring is tightened by the manual rotation of the case back – the 8 days of power reserve is achieved by 16 full revolutions.

It is a long way for Artemis to get a grip on the 35th America’s Cup trophy – what is certain is that they will have 35 numbered and specially designed FreakWings for the decisive moments. 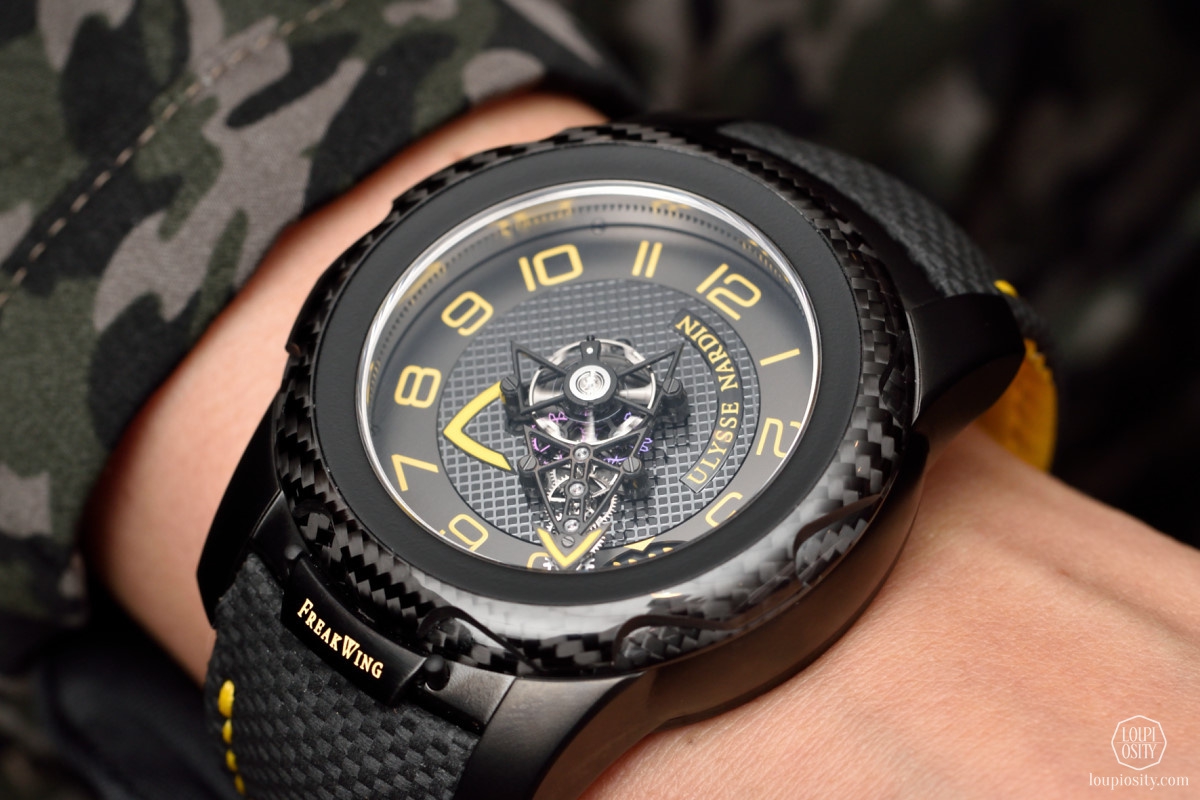 The victorious boat of the initial race had an eventful life. The Schooner America was set on water in November 1850 with a mission to proclaim American ship building superiority and she sailed to Europe to attend races. Even though she had difficulties with the anchor at the start of the 1851 Isle of Wight contest, with her speed and the right manoeuvring she crossed the finish line first. After the regatta, she exchanged ownership multiple times and also participated in the American Civil War. The Schooner America was sunk in 1862 and upon recovery she received cannons and continued to patrol for the federal blockading squadron off Charleston, South Carolina. After the war she became a U.S. Navy training ship, and finished fourth in the second America’s Cup in 1870. She was used and abandoned to the current owner’s liking and in 1945 she was finally destroyed by a fire hitting the shed she was hidden in.

Her beautiful shape inspired Ulysse Nardin to picture it in cloisonné enamel on a Classico timepiece. The particularity of this technique is that it combines various translucent and opaque layers of enamel, separated by gold threads, which an Ulysse Nardin Classico Schooner America has almost half a meter of.

The timepiece is made in two versions, 18k white gold and rose gold, 30 pieces of each version. The movement is the automatic COSC certified UN-815, providing precise running for approximately 42 hours. 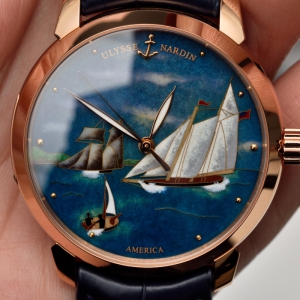 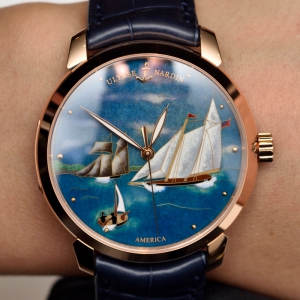 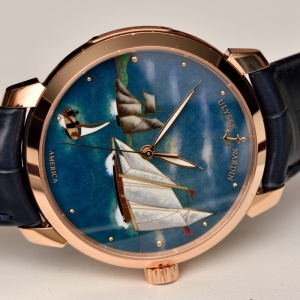 Ulysse Nardin Rainbow collection Ulysse Nardin revealed the Rainbow Collection at this year’s Geneva Watch Days in their boutique, with new models: the Blast Tourbillon Rainbow and the Lady Diver Rainbow.‘DOUBLE MOON’ by IWC Schaffhausen and Solaris Yachts IWC Schaffhausen and Solaris Yachts designed together a customised sailing yacht, the ‘DOUBLE MOON’.Ulysse Nardin - Vertical Odyssey At the first show appearance since the management bought out Kering this January, Ulysse Nardin invited us to a Vertical Odyssey at the Watches and Wonders 2022 with three novelties: the Moonstruck (already announced in February), the first double oscillator Freak S, and the Freak X with aventurine.