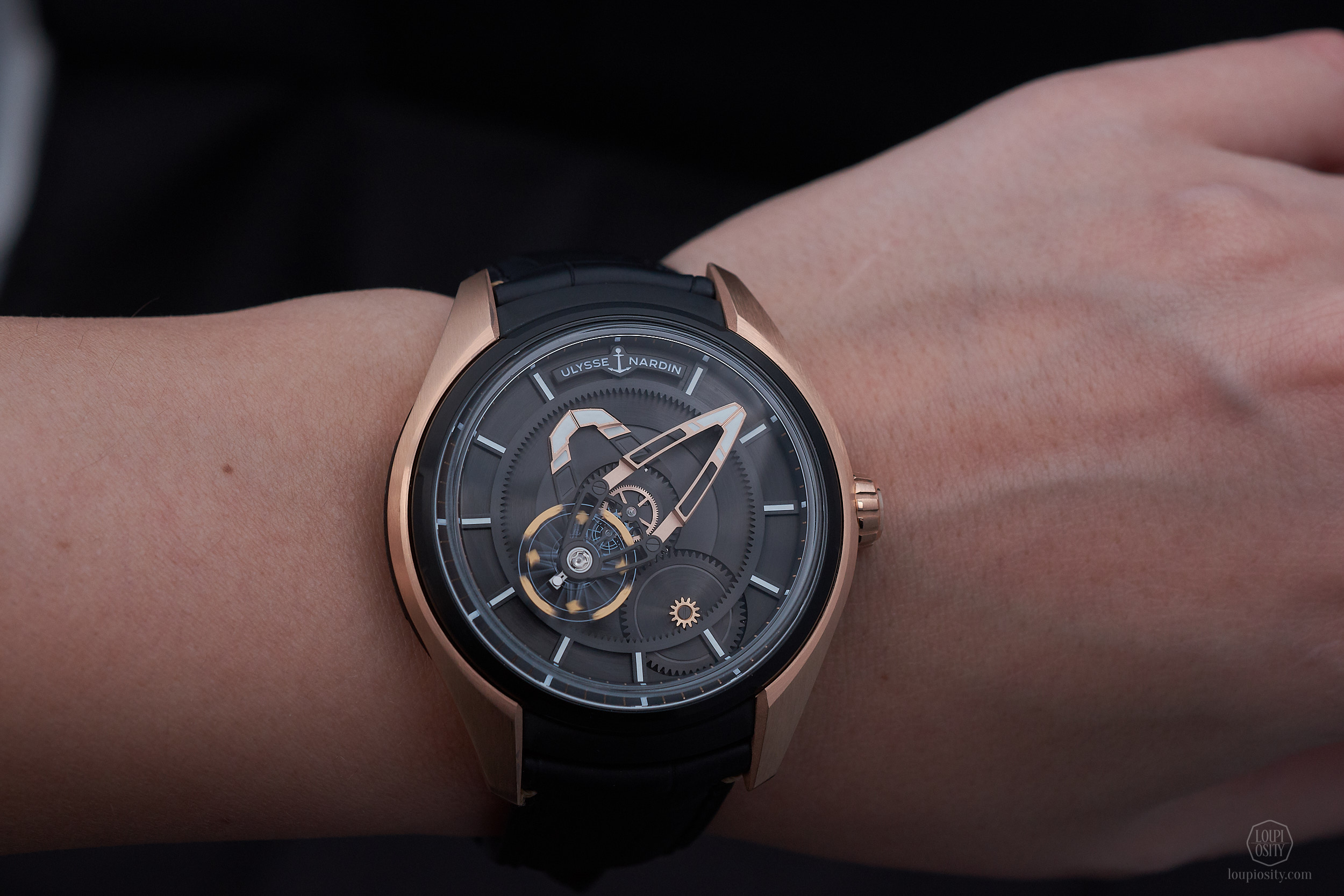 We Xplore, We Xcite, We Xist.
Ulysse Nardin’s SIHH 2019 appearance was dedicated to the X.

Following on from last year’s underwater theme built around Damien Hirst’s ‘recovered’ art pieces from the lost ship of an imaginary ancient collector, the brand’s booth once again sunk in the abyss with sharks circling above the head and below the feet. Projected to the front wall was a huge X-ray image of a shark that had probably swallowed a watchmaker with a watch in his hand – unfortunately, only the indigestible parts remained. As a last hope for the faint-hearted, a golden shark cage was hung at the entrance – but bad news, it was occupied by the resident DJ Fiona Zanetti every evening. Thanks to her cool music, jaws remained closed and fishes swam calmly in the tank throughout SIHH.

For the lucky ones making it into the showrooms, the following novelties were revealed. 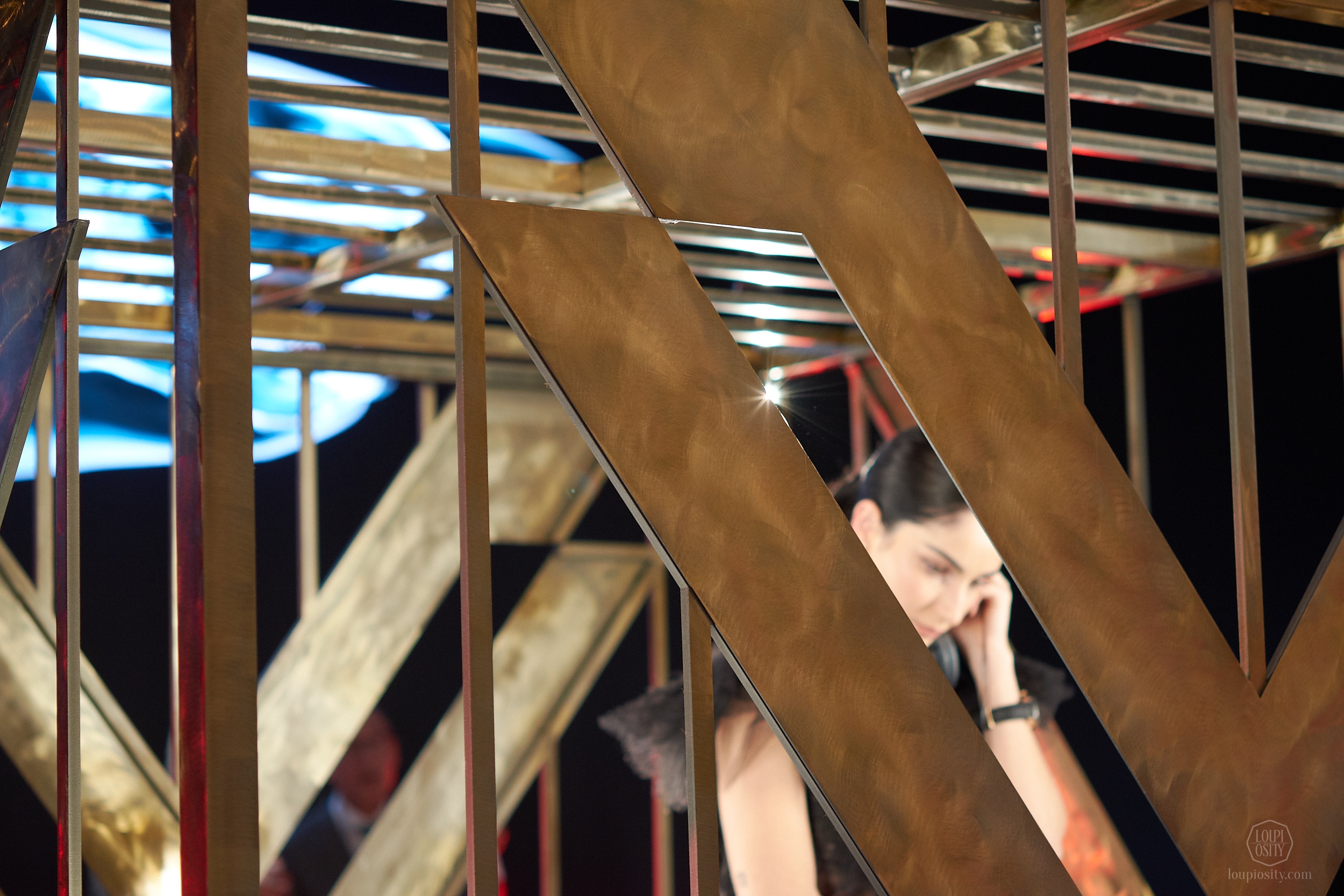 Freak has been a signature series of Ulysse Nardin. We liked it so much that last year we visited the manufacture to see where they are made and checked out some museum pieces hard to find anywhere else. With all the technical novelties and its original design no wonder the Freak has become the line UN is probably most famous for. Freak advanced from being a showcase line to a generally available collection with the launch of the FreakOut last year. It inherited the crown-less UN-205 movement from its predecessors (Freak Blue Cruiser from 2014) and hence it is still in the EUR 45-50k range.

Building on the same design principle but shooting for the sub-25k range, Ulysse Nardin launched the Freak X with a new movement that is based on the UN-118 (the first Ulysse Nardin movement receiving the DIAMonSIL escapement together with a silicium hairspring in 2012) and UN-250 calibres (Freak Vision). It became the self-winding UN-230 with the carousel and the super-light silicium balance wheel in silicium and the stabilizing micro-blades, but with a crown for manual winding and setting at 3 o’clock. Having fewer wheels than the previous Freaks, it is noticeably slimmer which makes it sit nicely on the wrist. The watch comes in four versions: titanium rose gold, black DLC or in Carbonium ®. The production of the latter is said to have 40% less environmental impact than other carbon composites as it uses offcuts from aeronautical pieces. 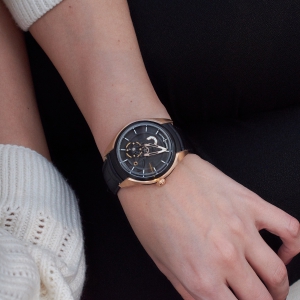 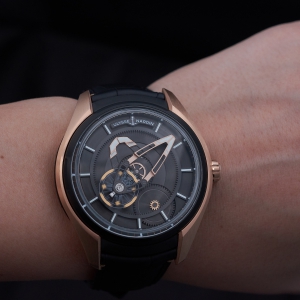 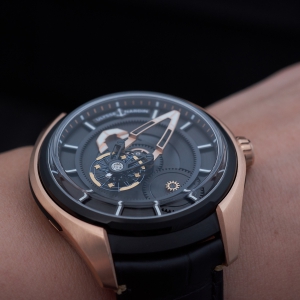 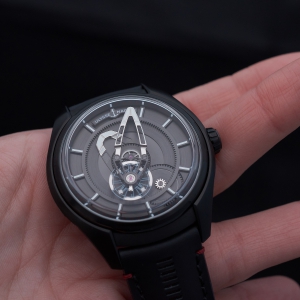 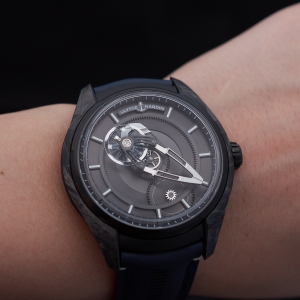 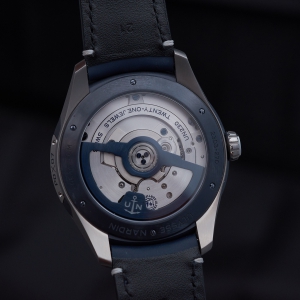 ‘An X-ray interpretation of the future of watchmaking design’ – introduces Ulysse Nardin the next four models under the brand name Skeleton X. The design of the Skeleton X is rooted in the Skeleton Tourbillon pieces, but the new UN-371 calibre omits the tourbillon. It has however the super-light silicium balance wheel with the micro-blades. The movement has a 96-hours continuous running time. 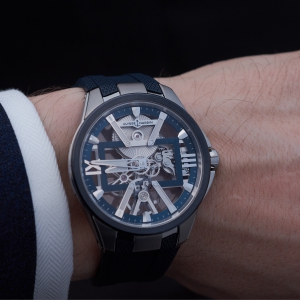 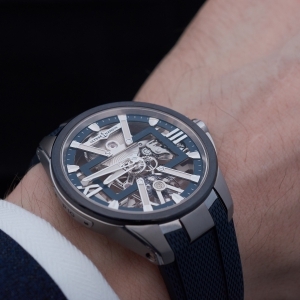 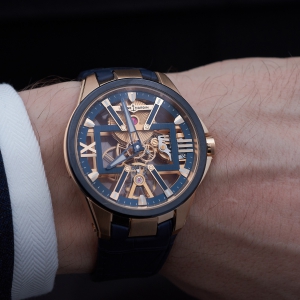 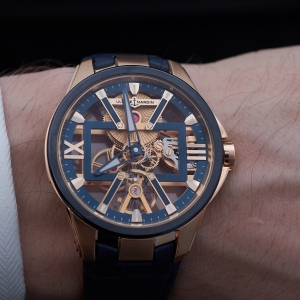 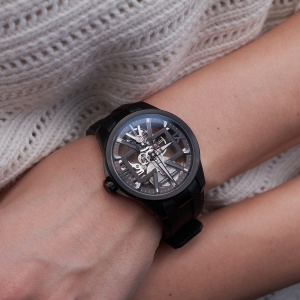 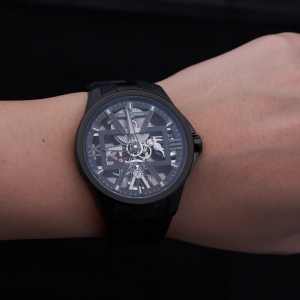 ‘I had to think of a theme that brings all these ten images together and yet leaves each one its autonomy, so that it works on its own without the need for the others. This is not a linear story but there is a common thread based on two characters; one is a timeless girl and the other, a mermaid’. – said Manara in the SIHH Auditorium.

Each of the 10 painting is created twice – on a steel Classico as well as on a 5N rose gold.

Beyond love, there is the UN-320 calibre inside. 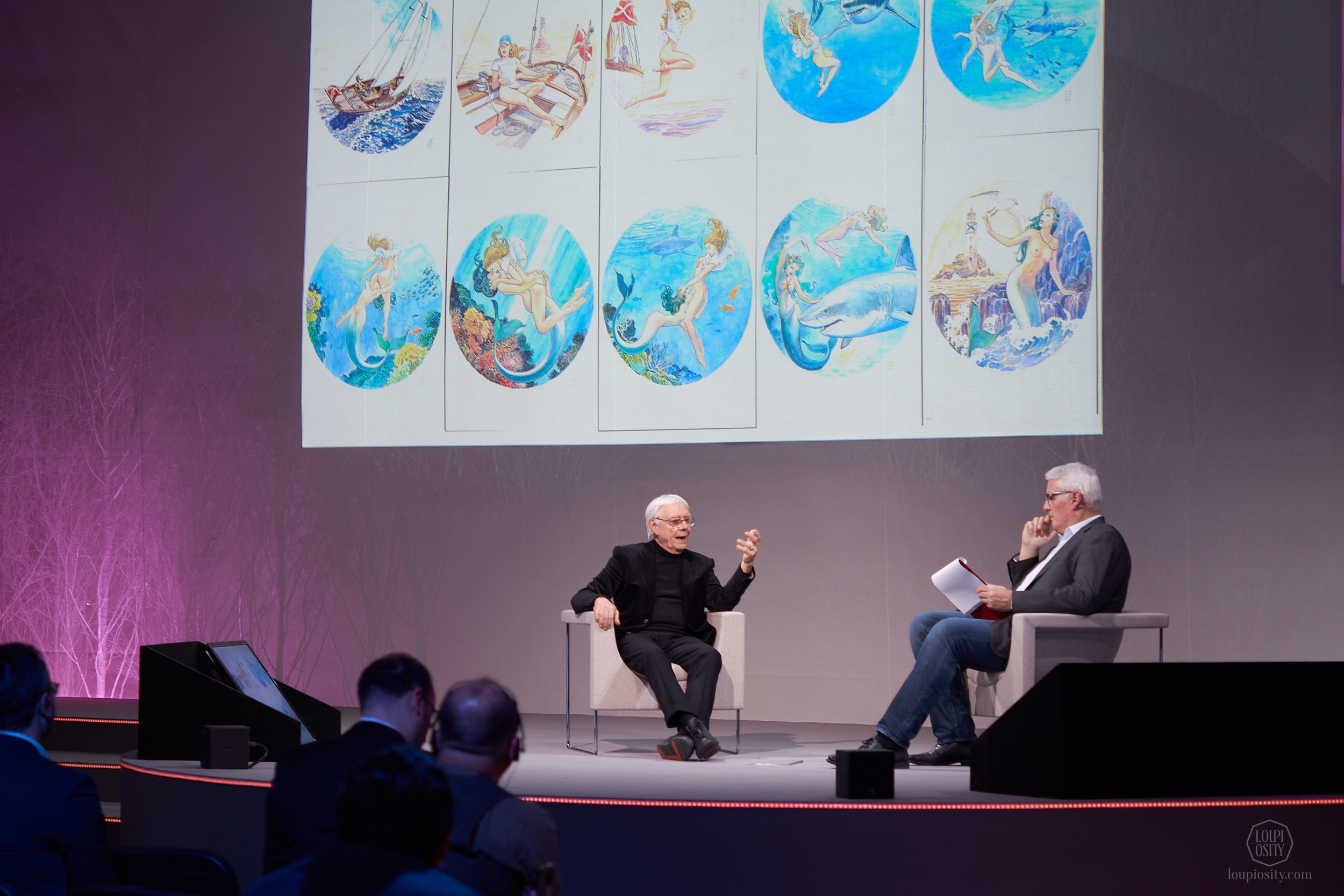 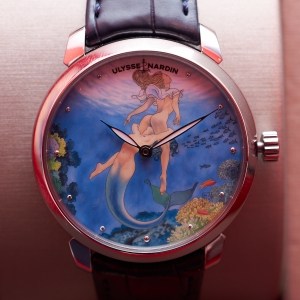 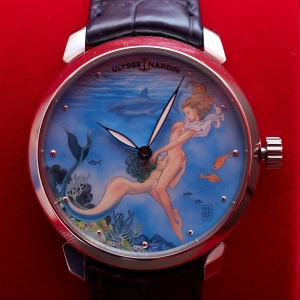 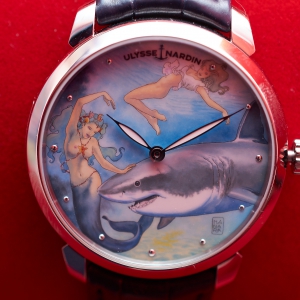 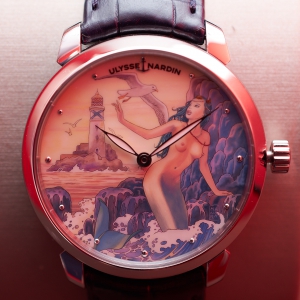 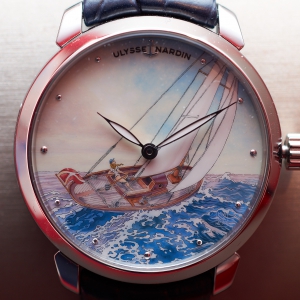 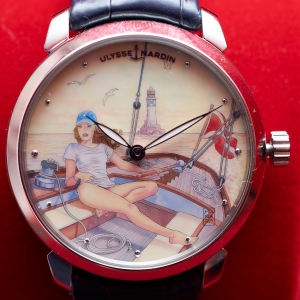 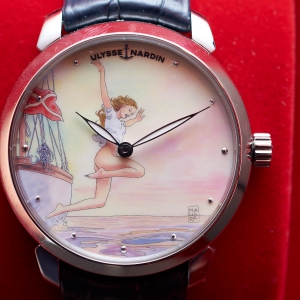 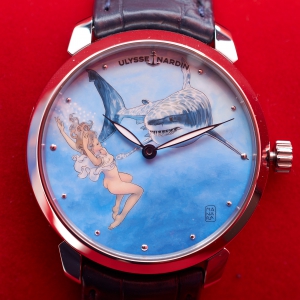 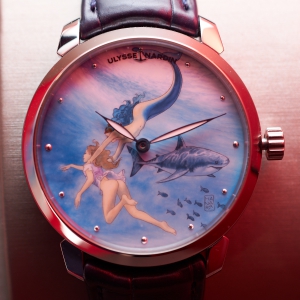 Ulysse Nardin - Vertical Odyssey At the first show appearance since the management bought out Kering this January, Ulysse Nardin invited us to a Vertical Odyssey at the Watches and Wonders 2022 with three novelties: the Moonstruck (already announced in February), the first double oscillator Freak S, and the Freak X with aventurine.Beware of Blast During the Geneva Watch Days, Ulysse Nardin showed us the new and edgy Blast collection at the Geneva flagship store.Ulysse Nardin 175 - new museum space Ulysse Nardin has celebrated the 175th anniversary of its foundation this year. On 15 November 2021, the company opened its new showroom and museum in Le Locle. We had a private tour with Massimo Bonfigli, Historian of the brand.