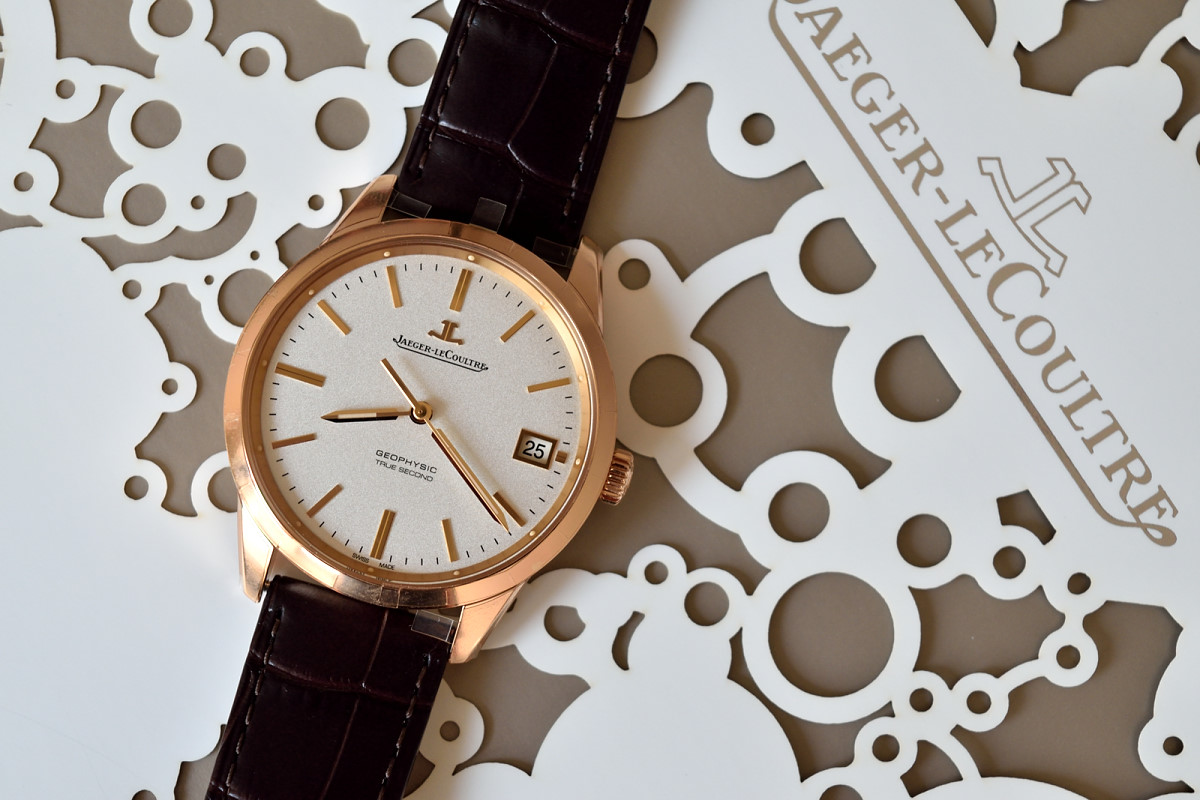 Every Jaeger-LeCoultre fanatic experiences an intense pulse race when hearing about the Geophysic. The timepiece is a perfect example of relaxed style for people living every second in a constant pace to its entirety. The roots of this technical model lashing up emotions go back over 60 years. Following its stunning comeback with three limited editions last year, Jaeger-LeCoultre is now introducing a new generally available collection carrying the historic name forward. We visited the company prior to the launch to bring the story and photos of the new pieces to you.

I wasn’t even a cheeky thought back in the 1950s and 60s. Having listened to the cold stories of the Cold War, those times must have offered different excitements, but beyond all, many limitations to the majority of the world’s population. The Iron Curtain cruelly divided the West from the East and since 1961 the Berlin Wall cast a painful shadow on both sides. These decades brought a serious arms race thus a naturally paranoid level of secrecy, giving fertile soil to James Bond-like stories. On his missions Bond had many encounters with KGB agents sometimes as allies other times as enemies – in the new episodes these days he is rather busy with contemporary enemies. A funky and recent interpretation of the Cold War years is however The Man of U.N.C.L.E. by Guy Ritchie, who sends Napoleon Solo and Illya Kuryakin, the dusted-off characters of the similarly named series from the 60s, on a new mission. The rather enjoyable 2 hours stand out also in terms of being a style study showcasing the typical shapes, clothing and grease of the 60s. 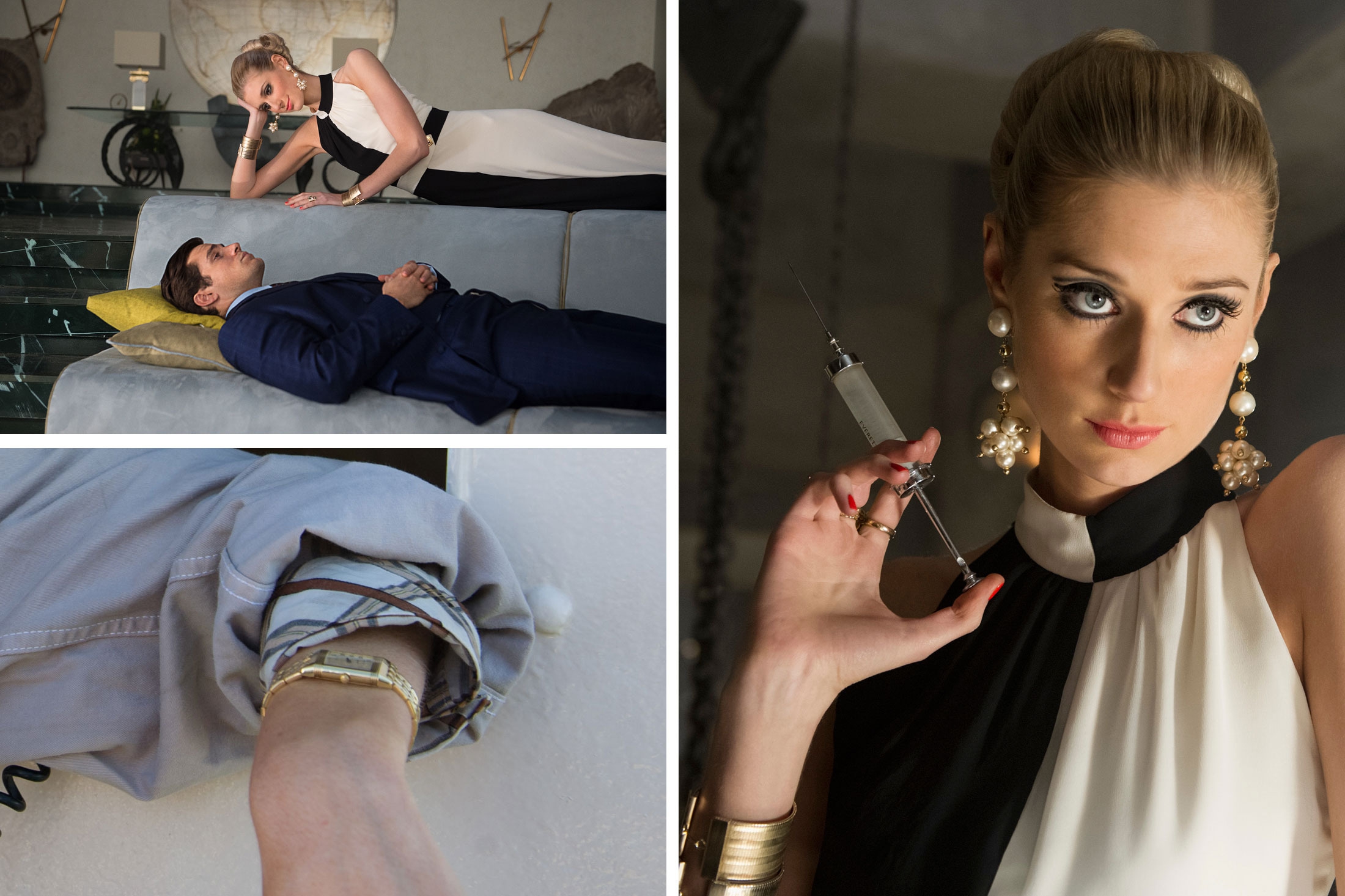 During the 50s the scientific interchange was wound down to the bare minimum between the two blocks. Under these circumstances it was rather a miracle that an international programme such as the International Geophysical Year (IGY) could be pulled together with the active participation of Eastern and Western block countries. The project was triggered or at least supported by an extraterrestrial event, the 19th solar cycle (19th since these observations commenced in 1755), promising a high number of sunspot activities. Under the aegis of IGY between 1 July 1957 and 31 December 1958 scientific activities focused on Earth and space including cosmic rays, geomagnetism, ionospheric physics, meteorology, solar activity and oceanography, among others. Although it delivered a wide international cooperation with more than 60 countries, and important observations as well as conclusions, it became yet another scene for the technical race between USA and USSR. Sputniks, the first artificial Earth satellites were taken into orbit by the Russians in October and November 1957. The depths of the icy seas under the North Pole were on the other hand conquered by operation “Sunshine” by U.S.S. Nautilus. The first nuclear submarine travelled almost 3,000 km in 96 hours submerged under the ice in August 1958.

This brings us to the story of today. “From the citizens of Geneva to U.S.S. Nautilus commander Wm. R. Anderson in recognition of the historic conquest of the North Pole via submarine on August 4, 1958” – stands on the reverse side of the 1958 Jaeger-LeCoultre Geophysic timepiece given to Commander Anderson. During the International Geophysical Year, the watch manufacture experimented with horological mechanisms, materials and designs that can resist physical hazards, such as extreme magnetic fields or shocks, resulting in the superb 478BWSbr calibre and eventually the Geophysic watch. A little over 1,000 pieces were made of the steel and 30 in the gold version. In 2014 JLC awoke the model from its Cinderella dreams with three exciting limited versions operated by the 898/1 movement, which met both the nod and the wrists of collectors. The success of the comeback made the Grande Maison introduce a generally available new collection around the iconic Geophysic name today. 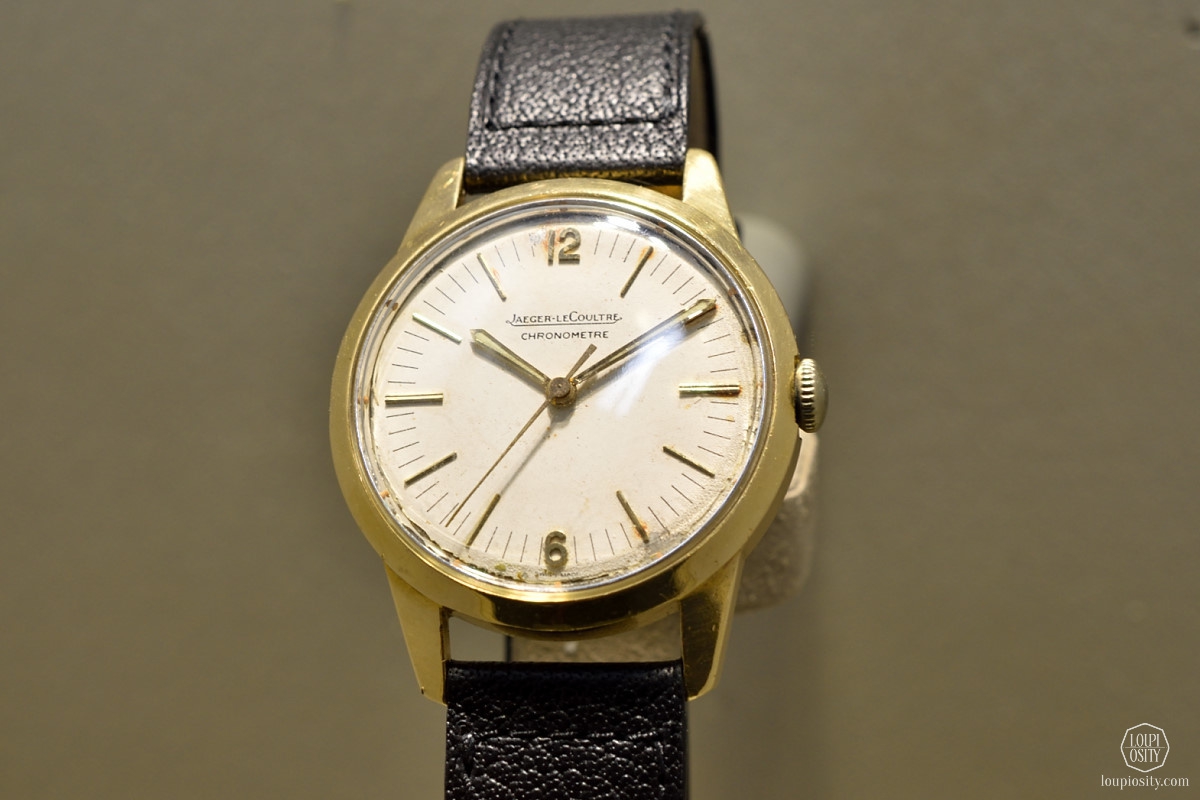 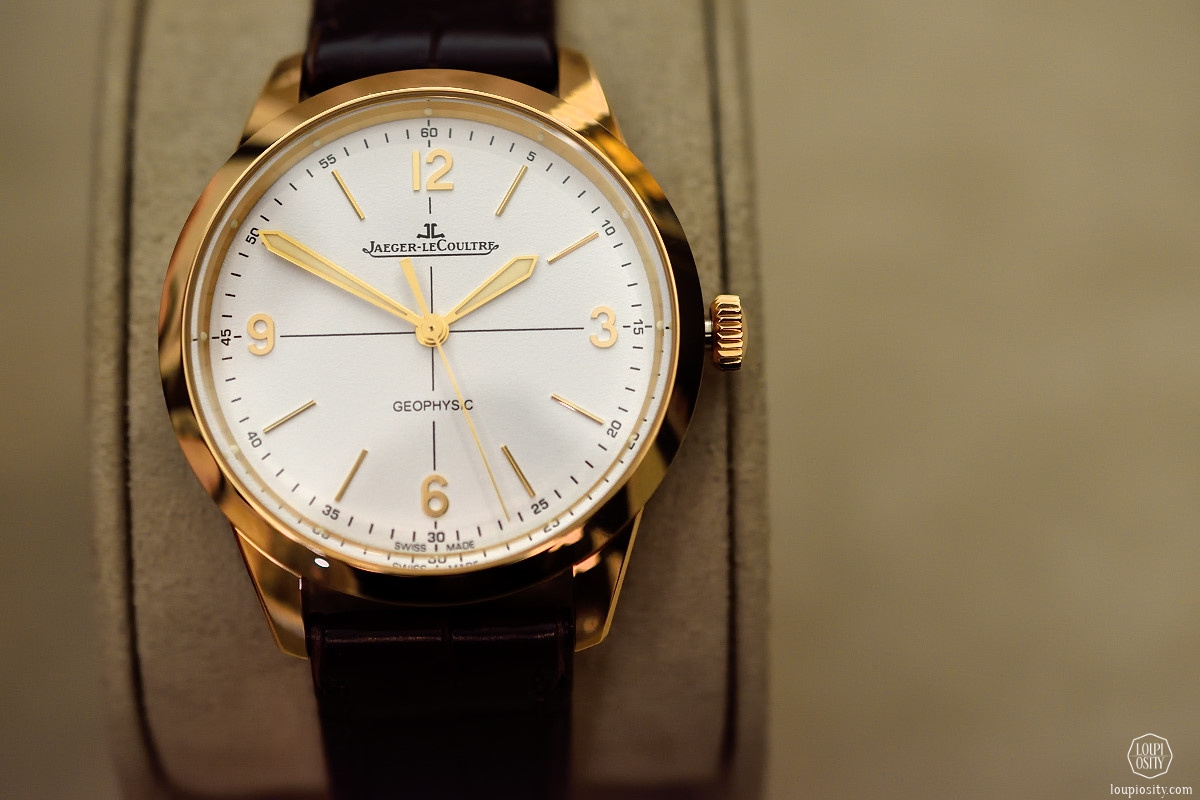 Although they come from the same root, I’m rather certain that the newcomers will have two distinct fan clubs.

The aesthetic of the Geophysic True Second is derived from that of the previous versions, following a minimalistic style. Numerals disappeared and only appliqués mark the hours, which became somewhat thicker and shorter. They ascend from the fine, grained silver-toned dial, each sharing the sight of the observer with the Superluminova dot levitating above it. The new calibre has date function that is displayed in the line of the crown. Baton-type hands replaced the sword shaped ancestors, which is definitely the most eye-catching change to the veteran versions. 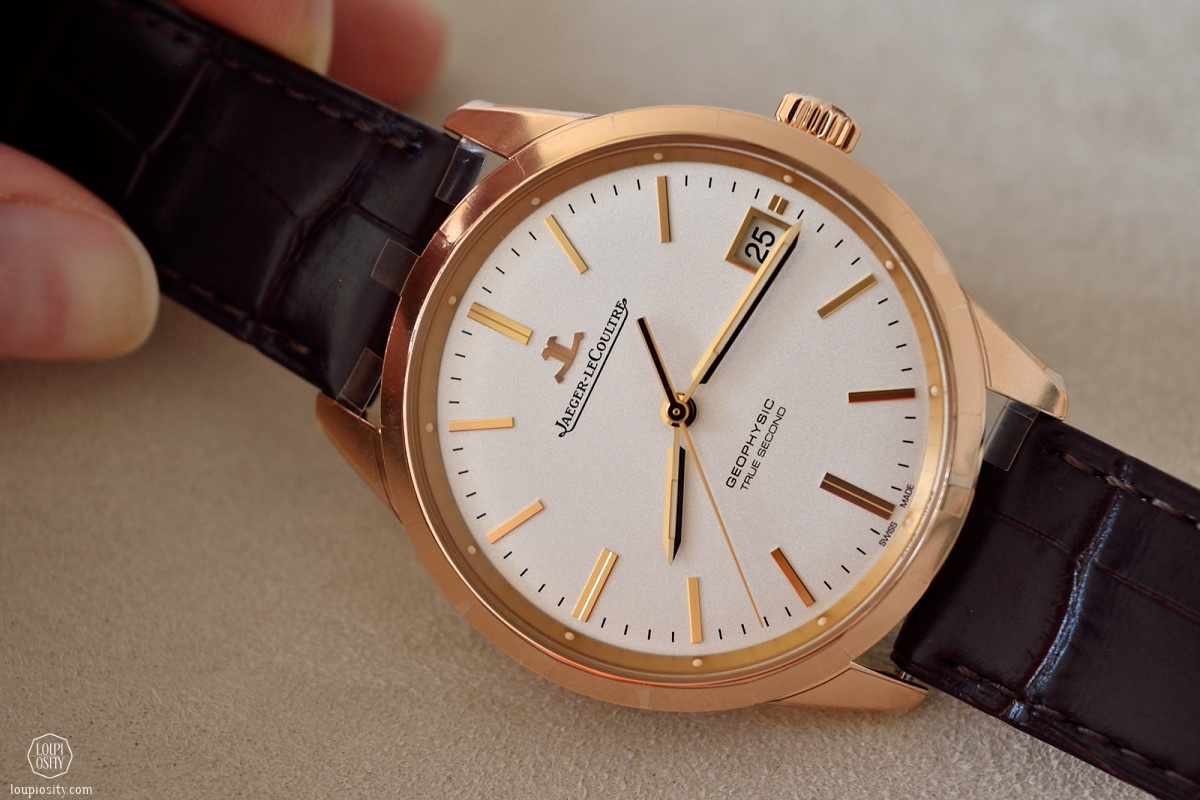 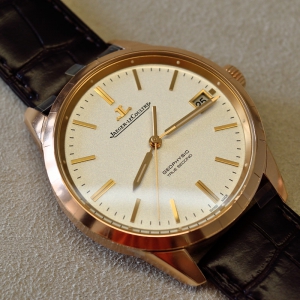 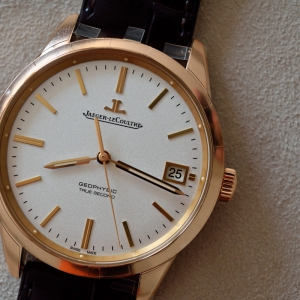 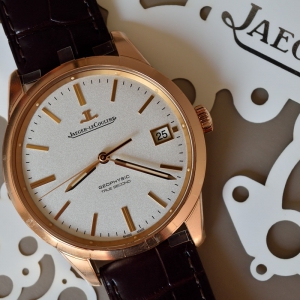 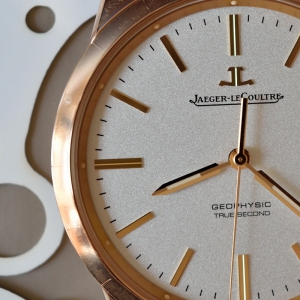 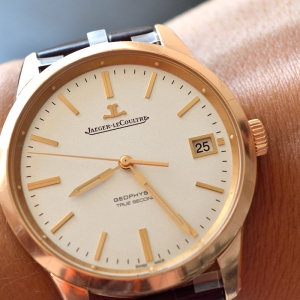 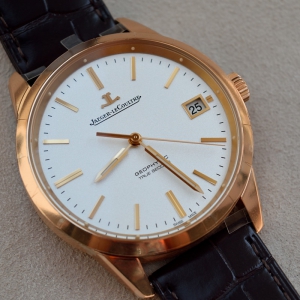 The Geophysic Universal Time erects a monument to the U.S.S. Nautilus by depicting the straightened path it took in 1958. The map shows the Northern hemisphere from a birds’ eye perspective, centering the axis of the hands on the North Pole itself. Blue seas are lacquered and their tone gets lighter as we approach the Arctic. The continents are metallic with a sunburst finish. The map stays static, but the ring caressing the Equator rotates – it shows the time in 24 time-zone corresponding to the map and the cities at the outskirts. 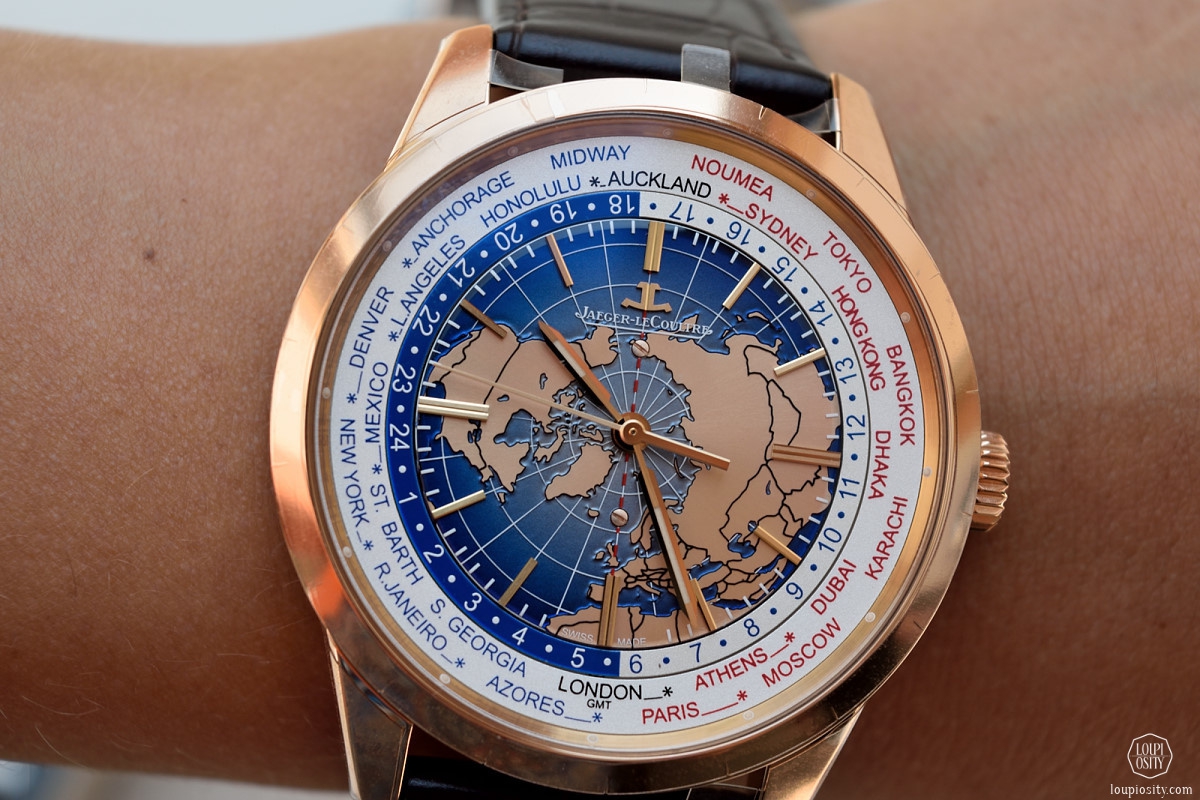 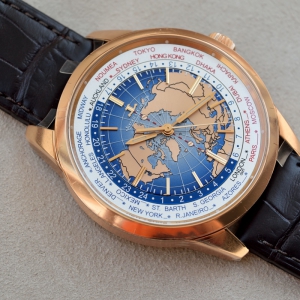 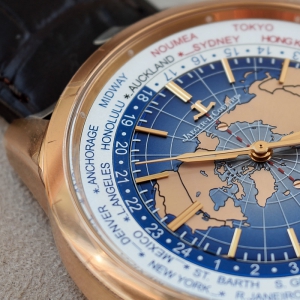 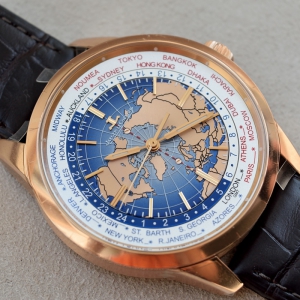 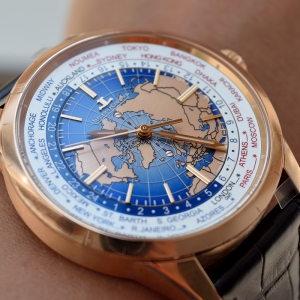 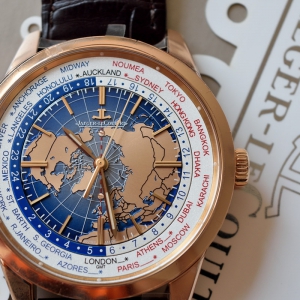 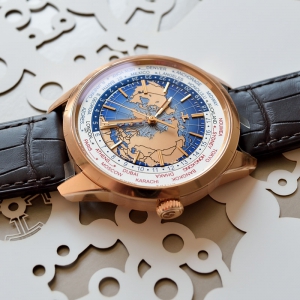 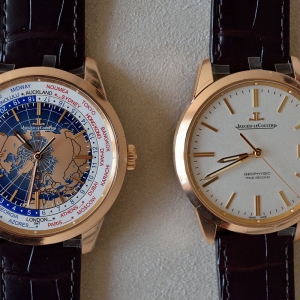 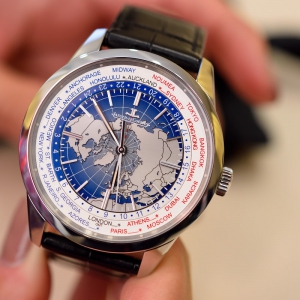 Under the “sea” a whole new automatic movement ensures timing true to the seconds. The True Seconds complication simply does a death-sharp jump of the seconds hand. And this is sharp in all terms: timely, falling exactly over the indexes and omitting the usual nodding of the hand. The mechanism delivering this function is rather complex – it expands the already compound movement to 270 parts altogether. 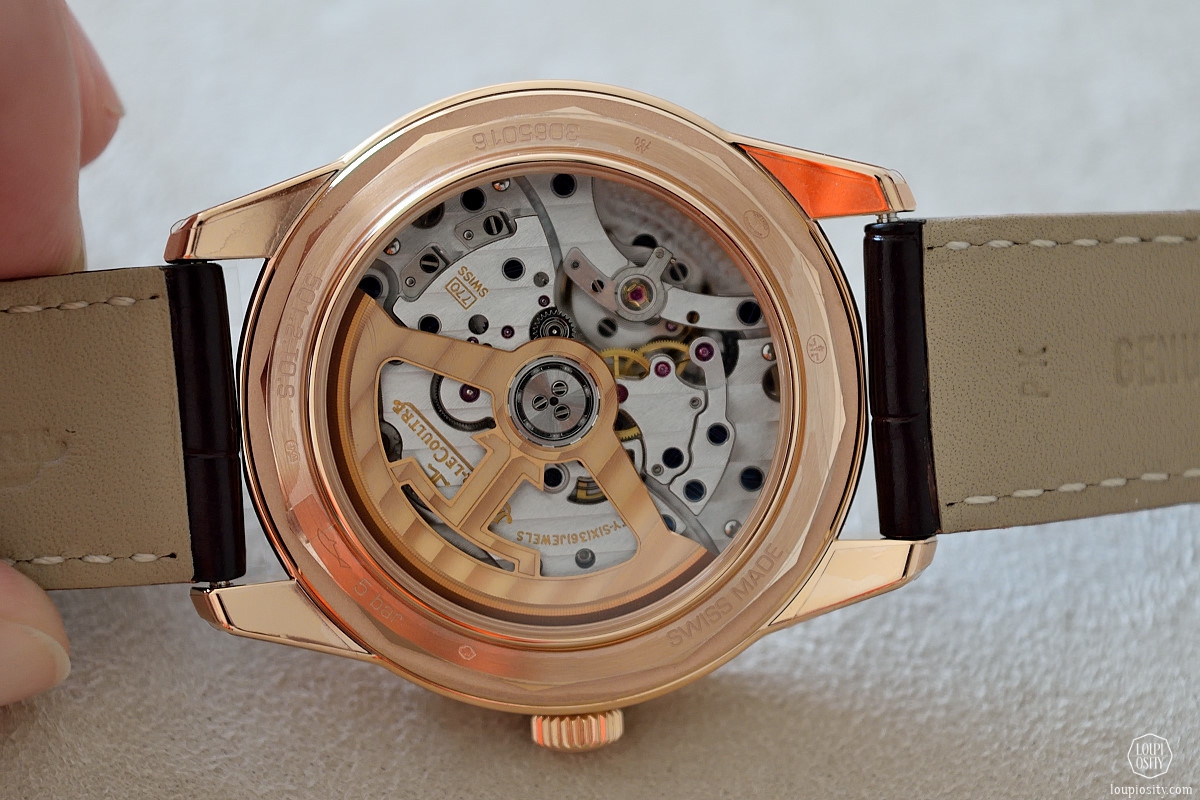 Calibre 770 features another technical novelty, namely an unusual balance “wheel” in the shape of two mirrored anchors, recalling the logo of JLC. The reason behind the design has more of a technical than a branding origin. By employing less material it weighs less thus it uses less energy, as long as friction with the air can be kept low. Therefore, it took 7 years to experiment their interaction and develop the right shape for the Gyrolab® (that’s the name of the boy). The new Geophysic is the first collection to receive it. 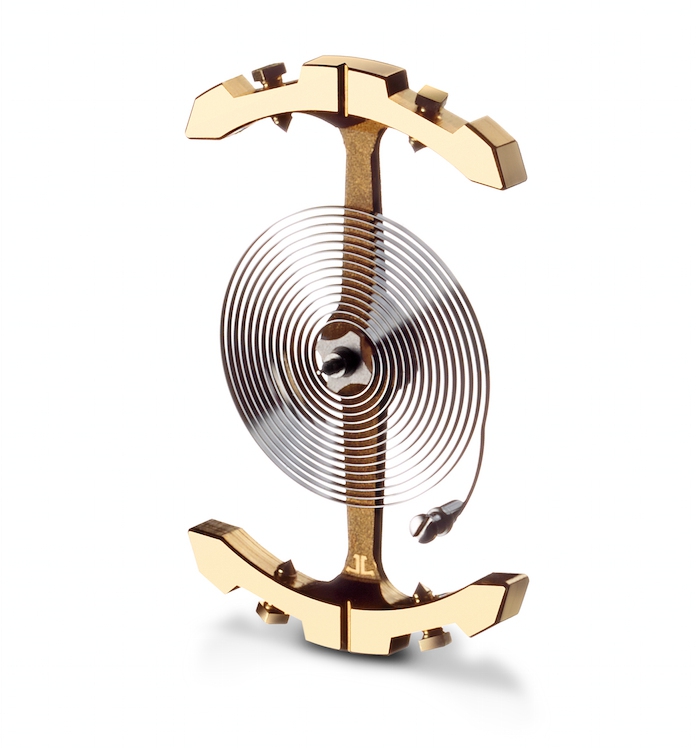 The case-back is sapphire and the oscillating weight is cut-out gold, leaving the flirtation between the mechanism and the owner undisturbed. 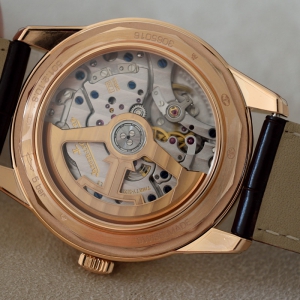 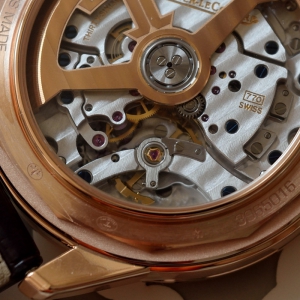 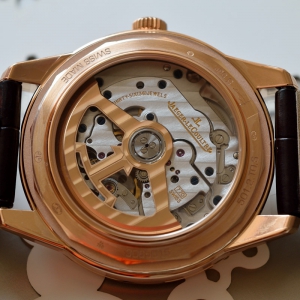 With the new, generally available Geophysic line Jaeger-LeCoultre is targeting those who take pleasure in fine horology with little desire to show off. The two models dress the same base calibre in two distinct styles yet they share the same spirit. Both will be available in pink gold and stainless steel – in fact, unlike at the previous announcements the Geophysic is already in the safes of the major boutiques near you. Why not open your heart to a new love?

The stellar odyssey Jaeger-LeCoultre summoned the starry night skies of the Vallée de Joux in the dazzling bustle of the Watches and Wonders. Among other creations the manufacture presented two new celestial timepieces based on the fantastic Calibre 945 and an Atmos clock displaying the relative positions and movements of Earth, the Moon and the Sun.Frédérique Constant at Geneva Watch Week Frédérique Constant presented anniversary limited editions as well as other novelties this spring. We selected two timepieces to show you.Girls don’t just wanna have fun – Part 23, Watches and… In this series we showcase mechanical and artistic wonders that were especially designed for women and others originally for men that come alive on spirited ladies’  wrists. We participated at the Watches and Wonders 2022 and we browsed a few novelties.