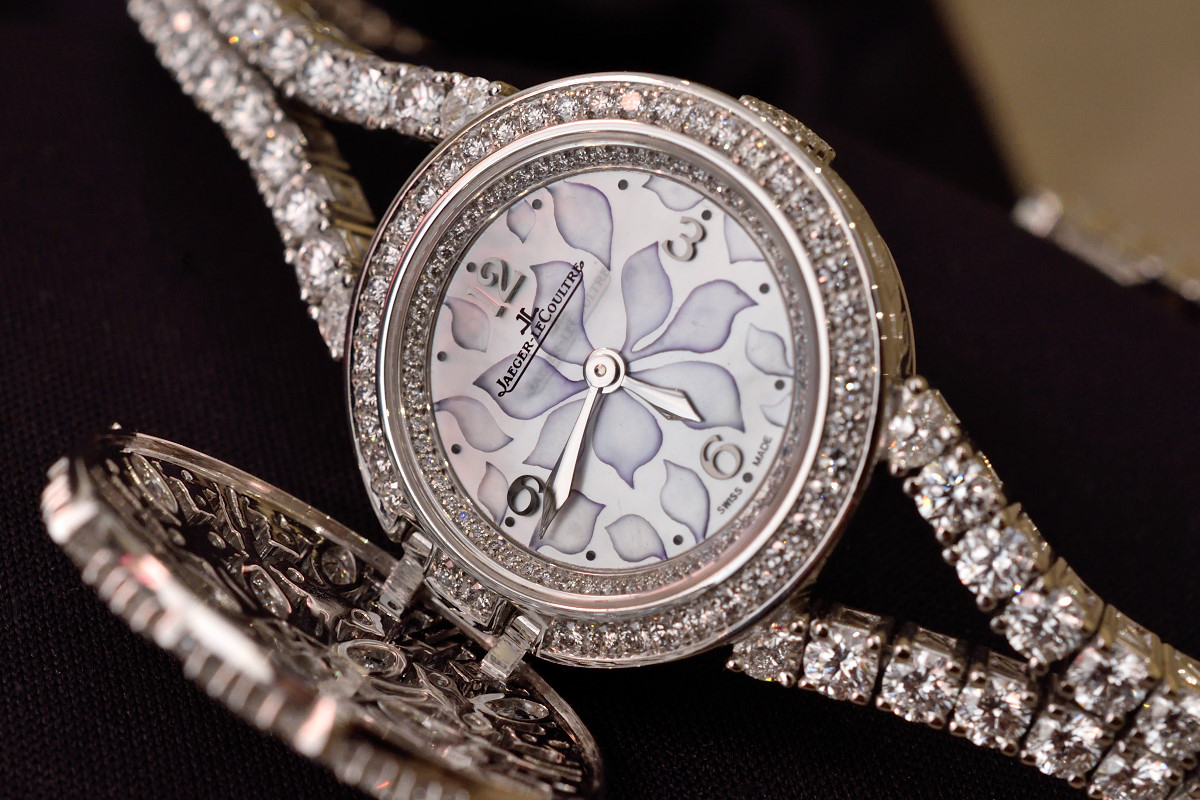 We had the honour of previewing the latest Geophysic collection before the worldwide launch that happened to coincide with the Watches & Wonders exhibition in Hong Kong. Naturally, the new Geophysic models received a huge focus, however the Grande Maison introduced no less sophisticated timepieces dressing up the Jaeger-LeCoultre women, too. 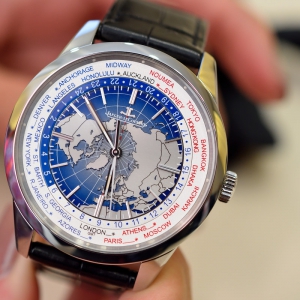 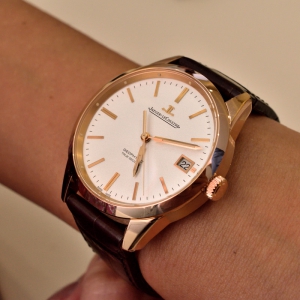 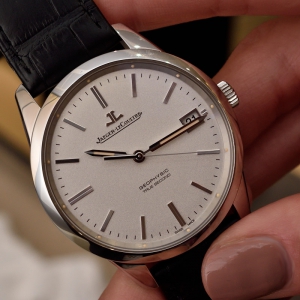 Ivy is a symbol of fidelity, eternity and friendship. The Ancient Greeks, Romans and Celtics had great respect for amber for its durability and resistance. The Celtic druids considered it a symbol of strength and determination and respected it as a forecaster of spiritual rebirth. As an evergreen climbing plant, ivy is a symbol of immortality. Ivy also expressed determination, nowadays it is mostly seen as a symbol of good luck.

To the latest 39mm Rendez-Vous Ivy Tourbillon the Maison added – as they described – a little bucolic charm. Ivy is a recurring motif of Jaeger-LeCoultre, the first known traces of this pattern date back to 1890, on a pocket watch. The artisans applied a “plantlife-effect guilloché pattern” on the dial for the veins and a lacework decoration for the ivy leaves; a composition of white gold and plum-coloured enamel. The plum-shaded shiny satin strap is a perfect match to the dial. The Rendez-Vous Ivy Tourbillon is powered by the automatic Calibre Jaeger-LeCoultre 978. 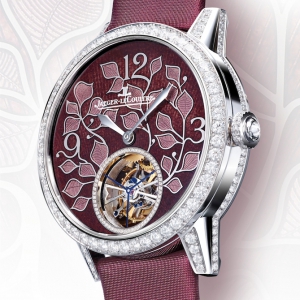 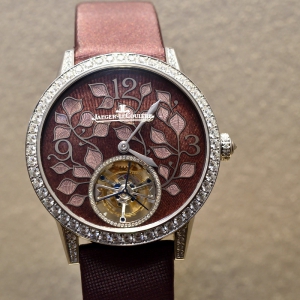 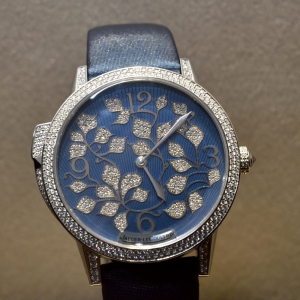 Last year I glimpsed into the brand’s gem-setting expertise – just one of brand’s 180 skills. Jaeger-LeCoultre showcased the High Jewellery watch collection (current models and heritage pieces) at the company’s boutique in Place Vendôme. A master gem-setter invited us there to take a few steps with her into her meticulous profession.

The same skills created the Rendez-vous Ivy Secret watch, which I admired at the Watches & Wonders 2015. The timepiece looks like a stunning full diamond-set white gold bracelet with a round centrepiece, or maybe even a diamond flower or a glittering snow-flake. The sides of this element are decorated by hand engraving. By opening the “bracelet”, the dial reveals itself: Arabic numerals in the four cardinal points, erected on the mother-of-pearl surface. The delicate ivy leaves are engraved and hand-painted – showcasing some other artistic skills of the JLC masters. 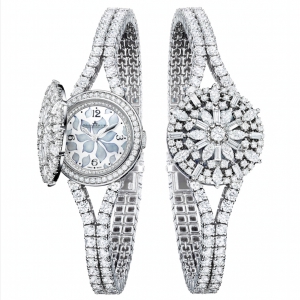 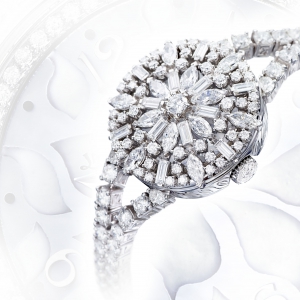 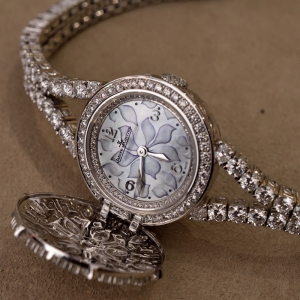 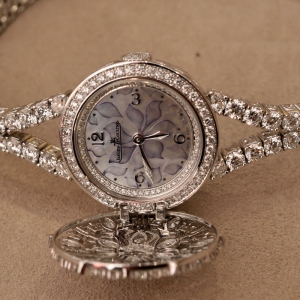 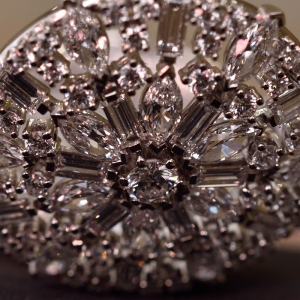 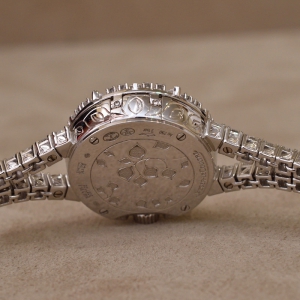 Enamelling, engraving on mother-of-pearl and gem-setting are the decoration crafts applied on the three versions of Master Ultra Thin Squelette. These are combined with virtuoso engineering skills that produced the 1.85 mm thick hand-winding 849A SQ calibre.

The Master Ultra Thin Squelette is available in pink gold with chestnut brown enamel, in white gold with deep blue decoration and gem-set version, which comes in a graphic white gold or a warm pink gold.

The gold is first adorned with a guilloché motif that gives a structure to the metal. The artisan then applies the enamel to the dial surface and proceeds with the successive firing operations that reveal the chosen shade. 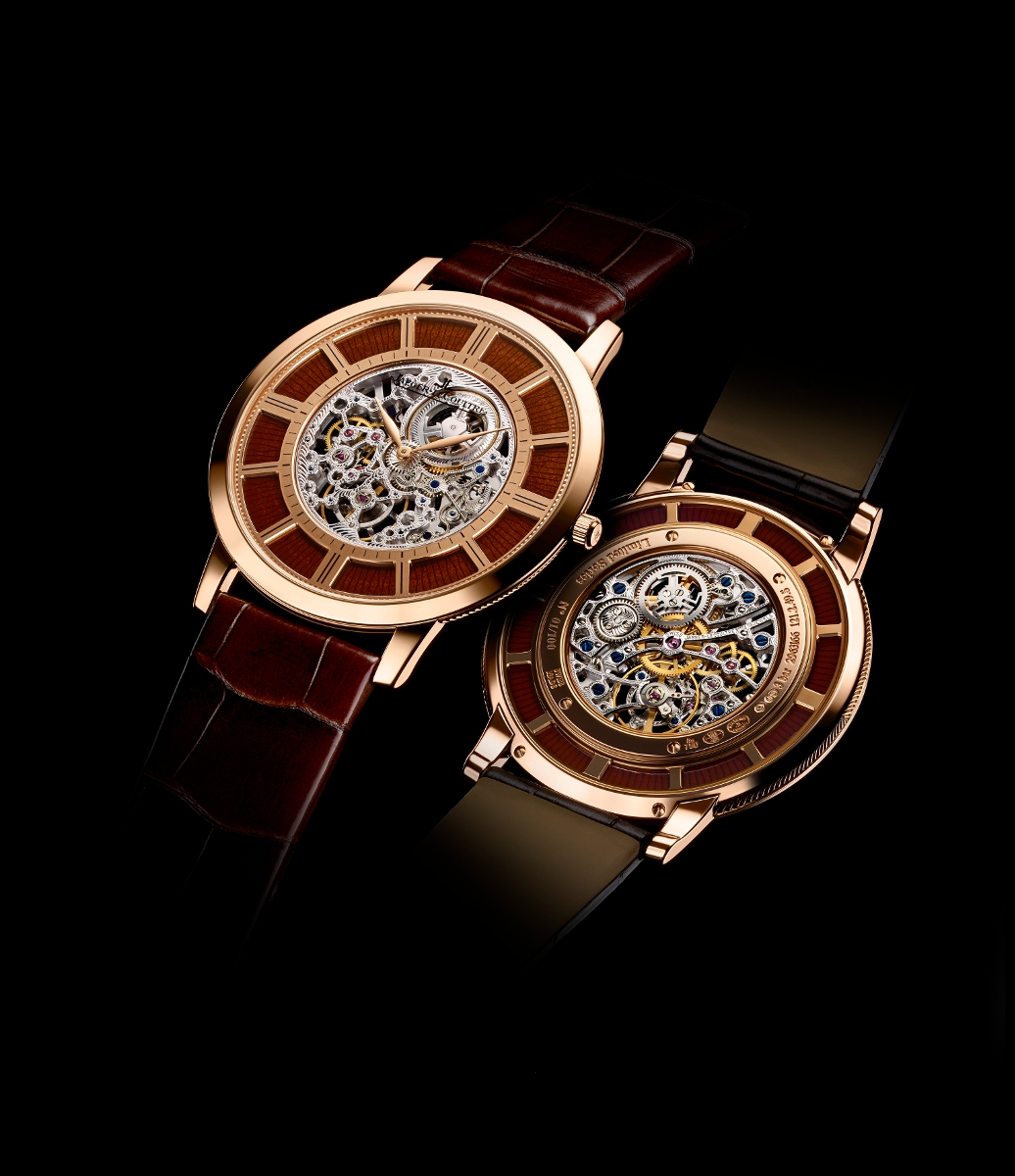 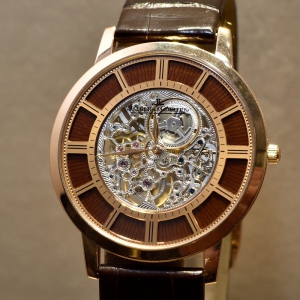 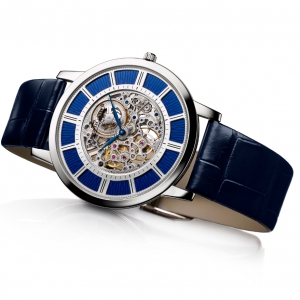 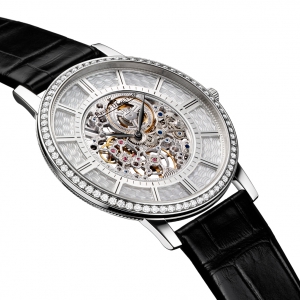