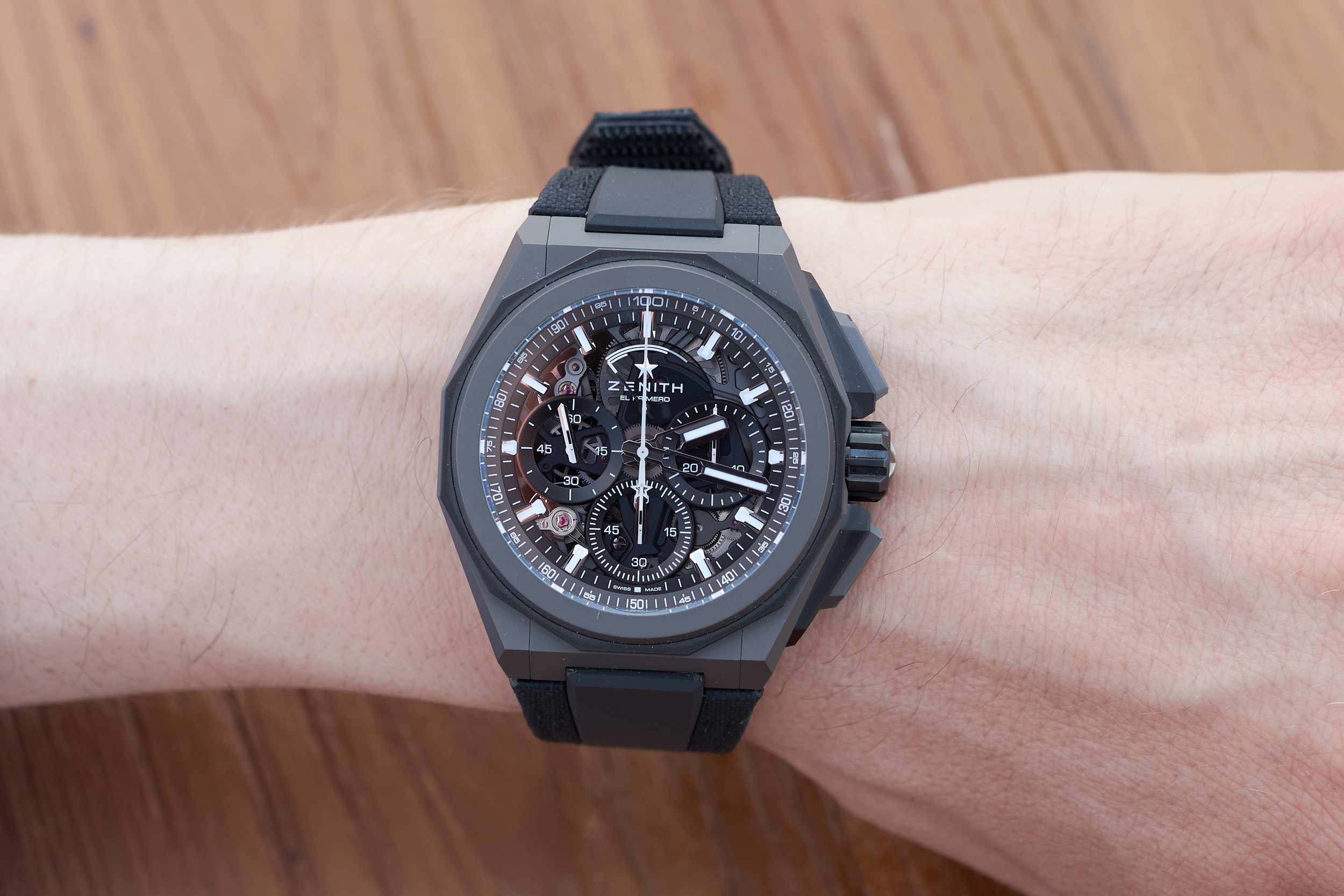 Zenith has four main watch collection pillars: the Chronomaster, the Pilot, the Elite and the Defy – the latter is defined as ‘a breeding ground for the future of traditional Swiss watchmaking’.

The Zenith Defy was originally released in 1969 and had a distinctive case shape, semi-integrated Gay Frères (a famous watch bracelet manufacturer from 1835) ladder type bracelet and was mainly created in stainless steel. Its launch was aligned with the trend of luxury sports steel watches that followed in the early 1970’s but preceded those – like the Audemars Piguet Royal Oak in 1972 or the Patek Philippe Nautilus in 1976.

The line has been much more progressive since the beginning in the early 70’s. Zenith uses the Defy collection as a strong foundation of the brand with easily wearable every day nice pieces such as the Defy Classic; more technical watches like the Defy El Primero, the experimental Defy Lab models (the company is investing heavily in the research and development of very high-tech mechanical movements) or even more contemporary artistic pieces like the Zenith Defy 21 Felipe Pantone. And now here is the Defy Extreme.

The new Defy Extreme bears the design codes of the line. Although those pieces are pretty edgy anyway – the recent release ‘represents a supercharged Defy’. It has a larger 45mm case in micro-blasted titanium, sharper lines, more pronounced edges with a twelve-sided ring placed under the bezel. The watch is designed to be robust, rigid but cool ‘all-terrain’ chronograph with a water-resistance of 200 metres. 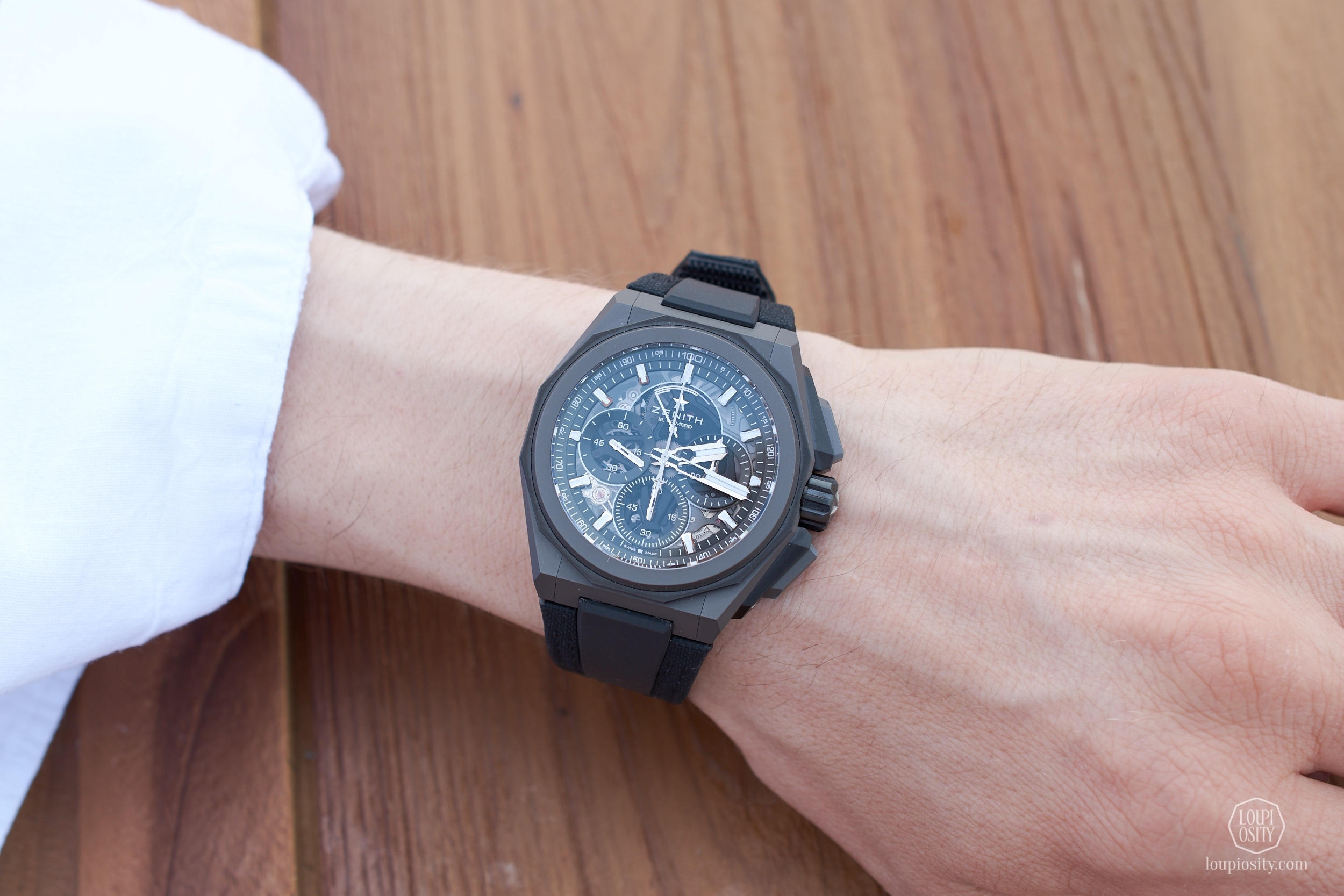 The Defy Extreme is powered by the El Primero 9004 calibre – 1/100th of a second automatic chronograph with two regular Swiss lever oscillators, one at 5Hz for the time and a separate unit at 50Hz for the chronograph. The latter can measure elapsed time for 50 minutes fully wound.

It features the quick strap-change mechanism (which we tried out last summer on the Defy Classic) – there is a titanium bracelet, a rubber strap and a Velcro strap to choose from. 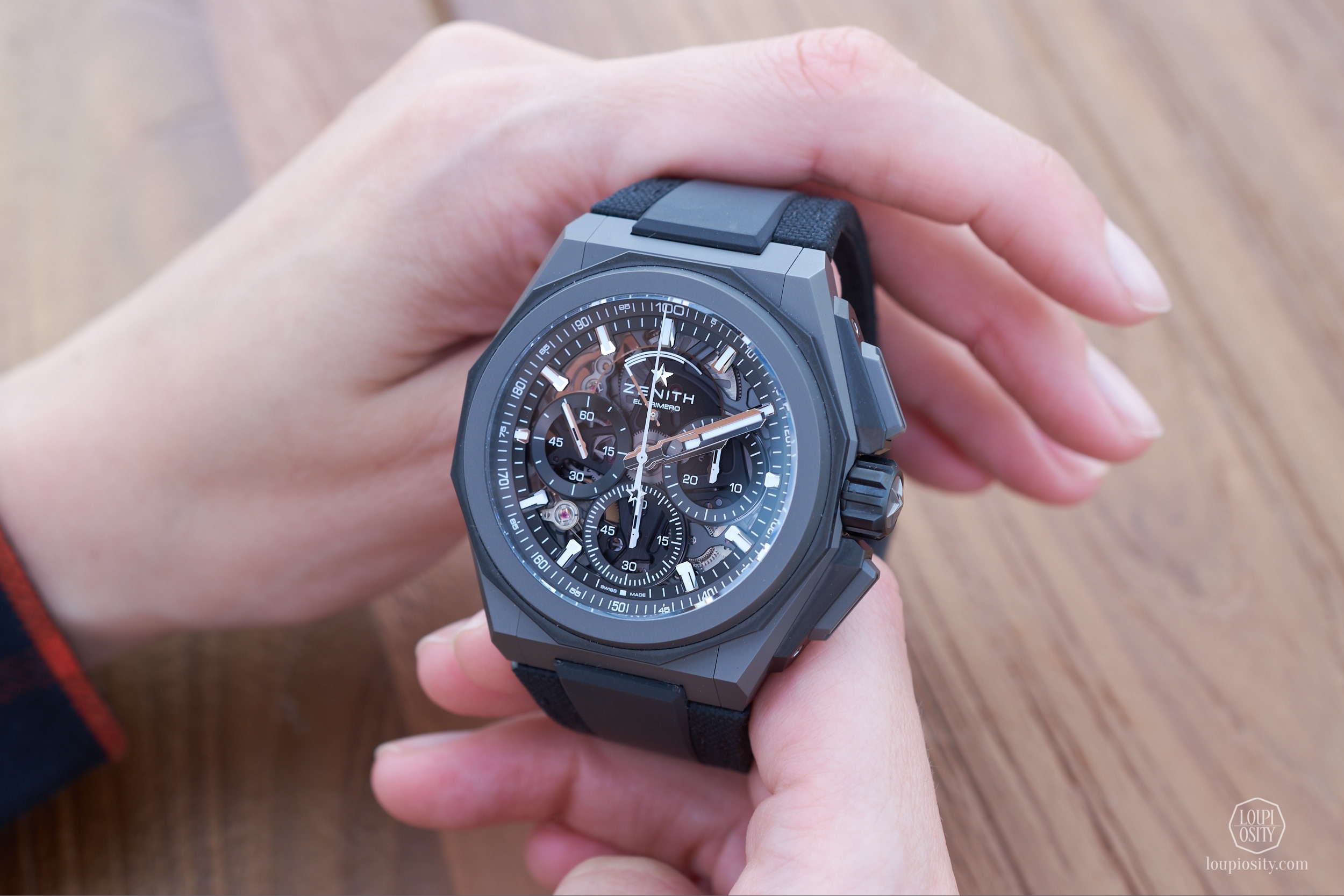 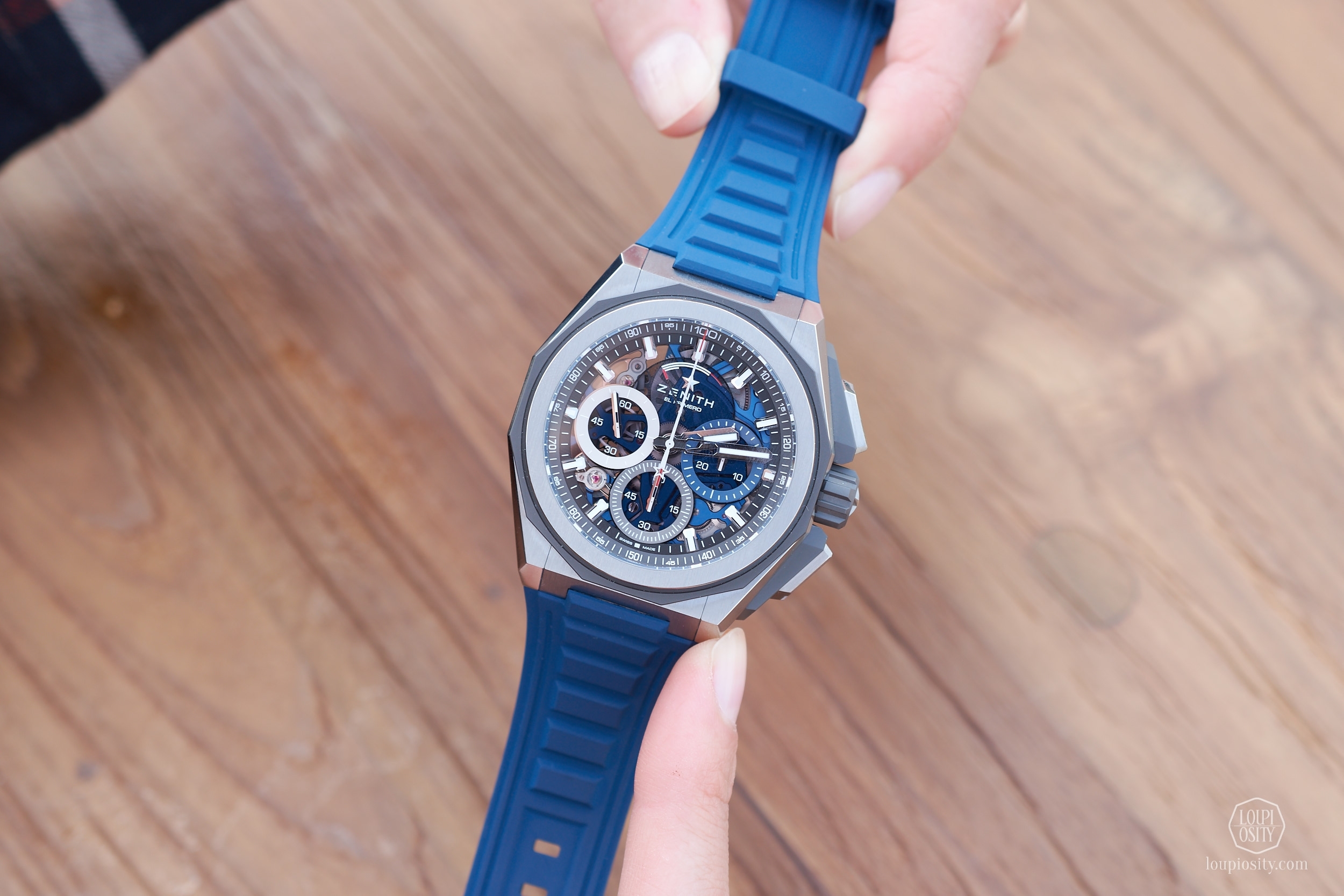 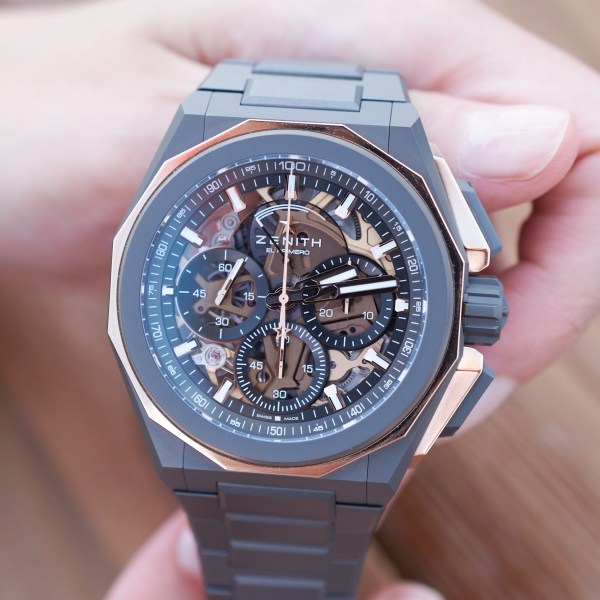 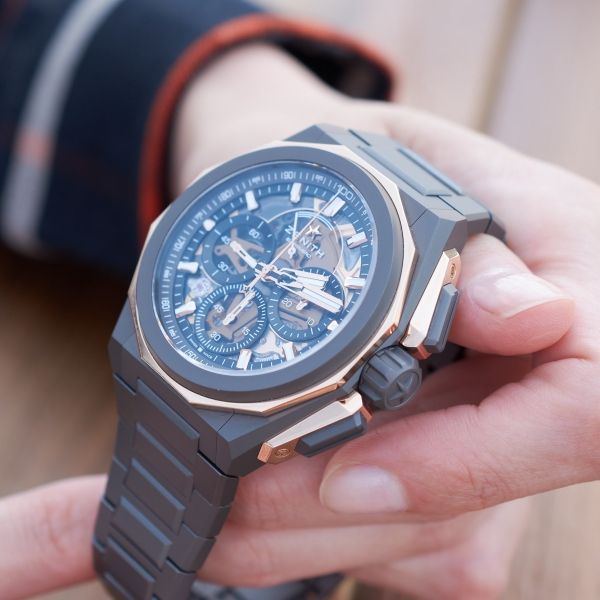 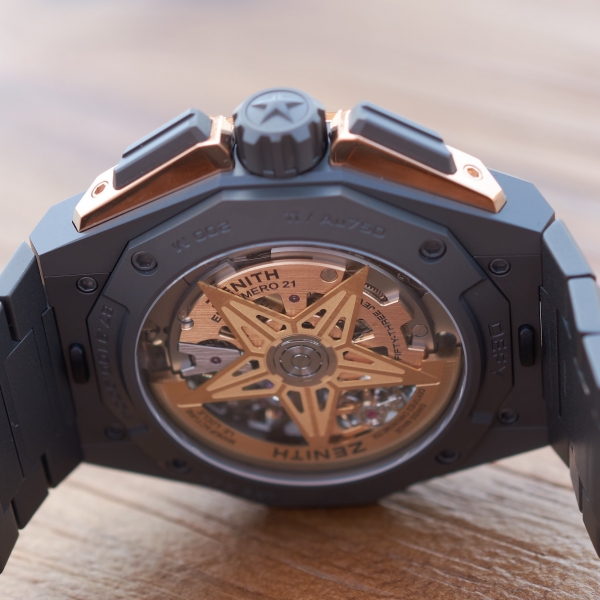 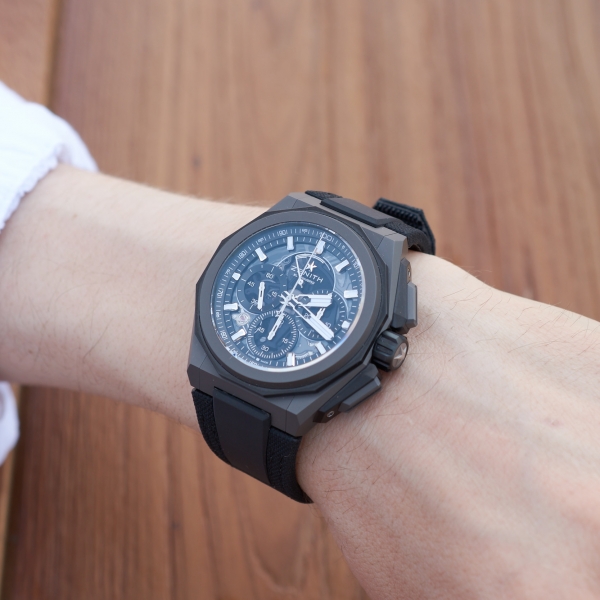 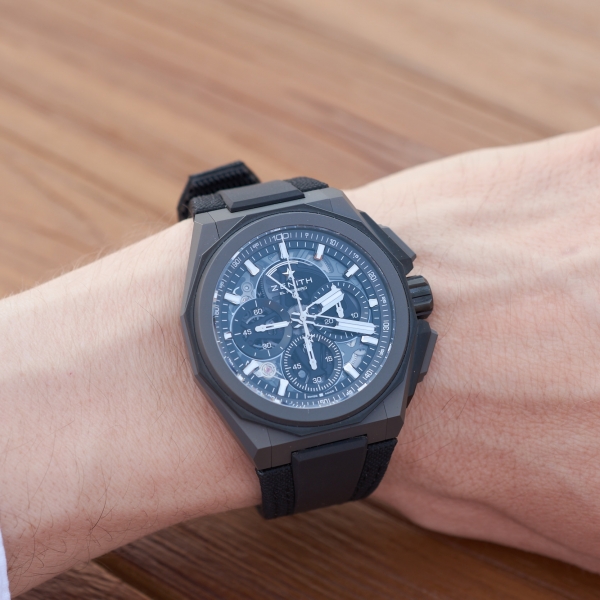 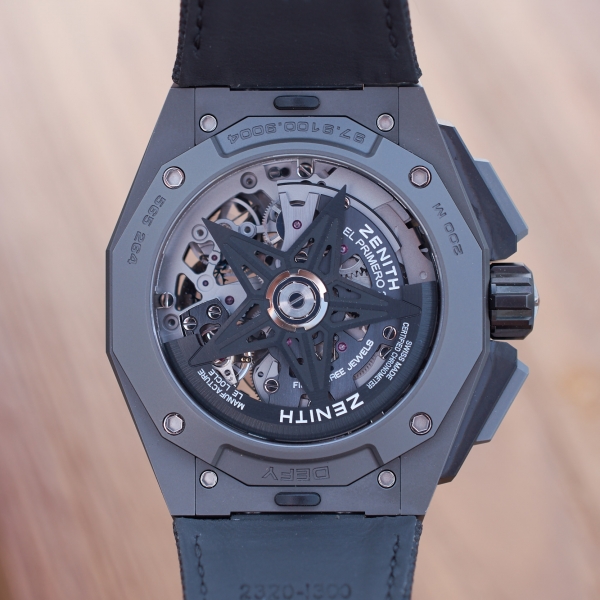 The agreement was signed just ahead of the inaugural season of Extreme E, which started in the Al-‘Ula region of Saudi Arabia on 3-4 April. Julien Tornare, CEO of Zenith, said: ‘Building a green and sustainable future is something very much at the core of what Zenith is doing today and the reason why we began the ZENITH IS GREEN initiative two years ago. We are absolutely thrilled to join Extreme E as its Official Timing Keeper and Founding Partner. It’s exciting to be at the start of what will undoubtedly become the future of off-road extreme racing, while also bringing environmental issues to the forefront. When we conceived the Defy Extreme, this is exactly the kind of environment we envisioned for it: innovative, off the beaten path and pushing the limits of performance to the extreme, where every millisecond counts and every racer can leave his mark.’

Extreme E began in 2018 as a project led by Formula E founder Alejandro Agag and former driver Gil de Ferran. The series was presented to the public in January 2019 with an event in London. It received a strong brand identity in July 2019 to underline its desired impact. Unlike any other concept which currently exists in sport, Extreme E will see electric SUVs race head-to-head in some of the world’s most remote and extreme environments. The series is set to revolutionize motorsport as it showcases E-SUV innovation and performance, whilst raising awareness, inspiring action and highlighting the global threat of climate change. Many high profile athletes joined the initiative – in September 2020 seven-time Formula One world champion Lewis Hamilton announced the creation of his own Extreme E team, called X44 and well-known racing drivers were announced like Valtteri Bottas, Sébastien Loeb and Jean-Éric Vergne. 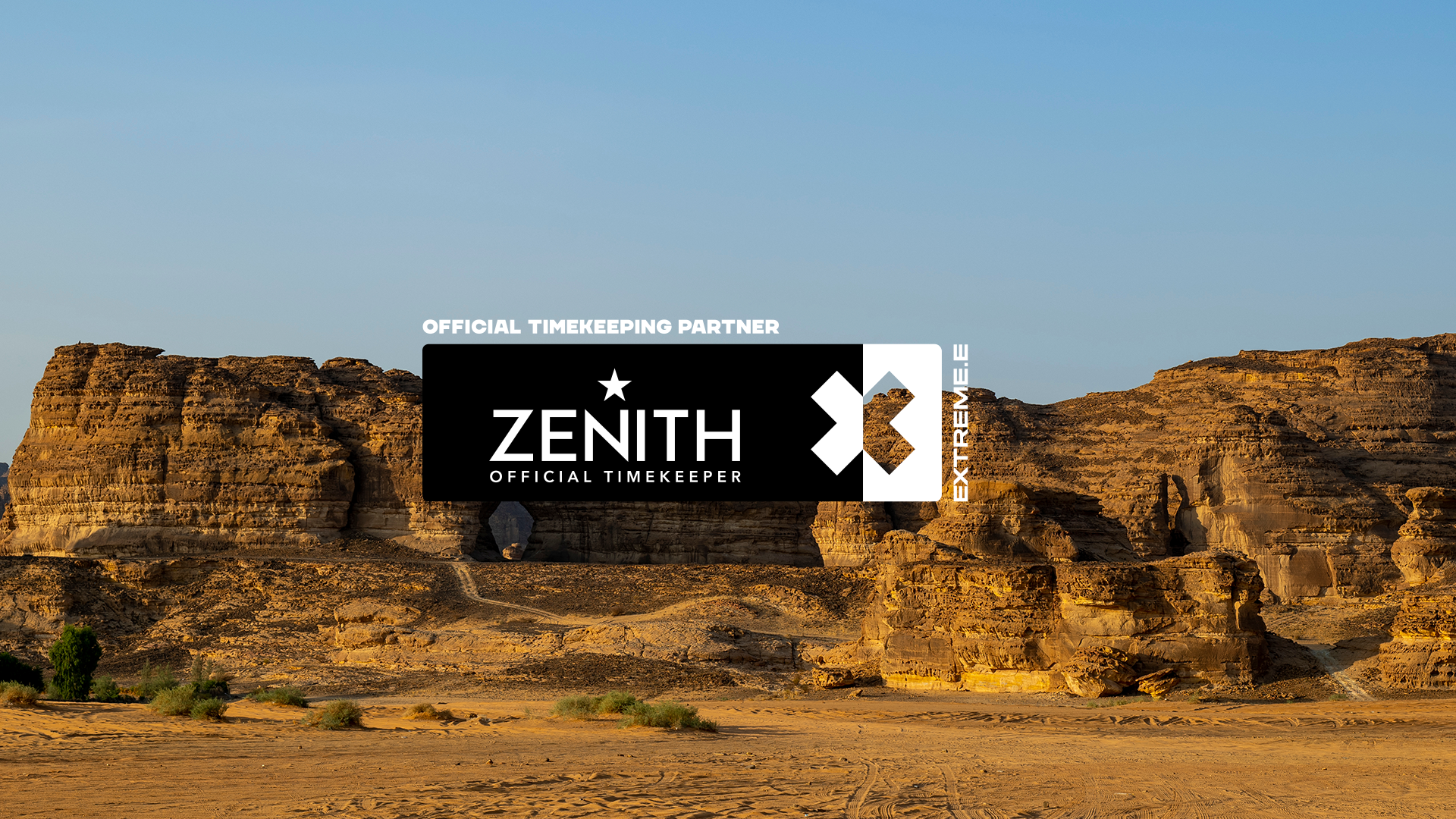