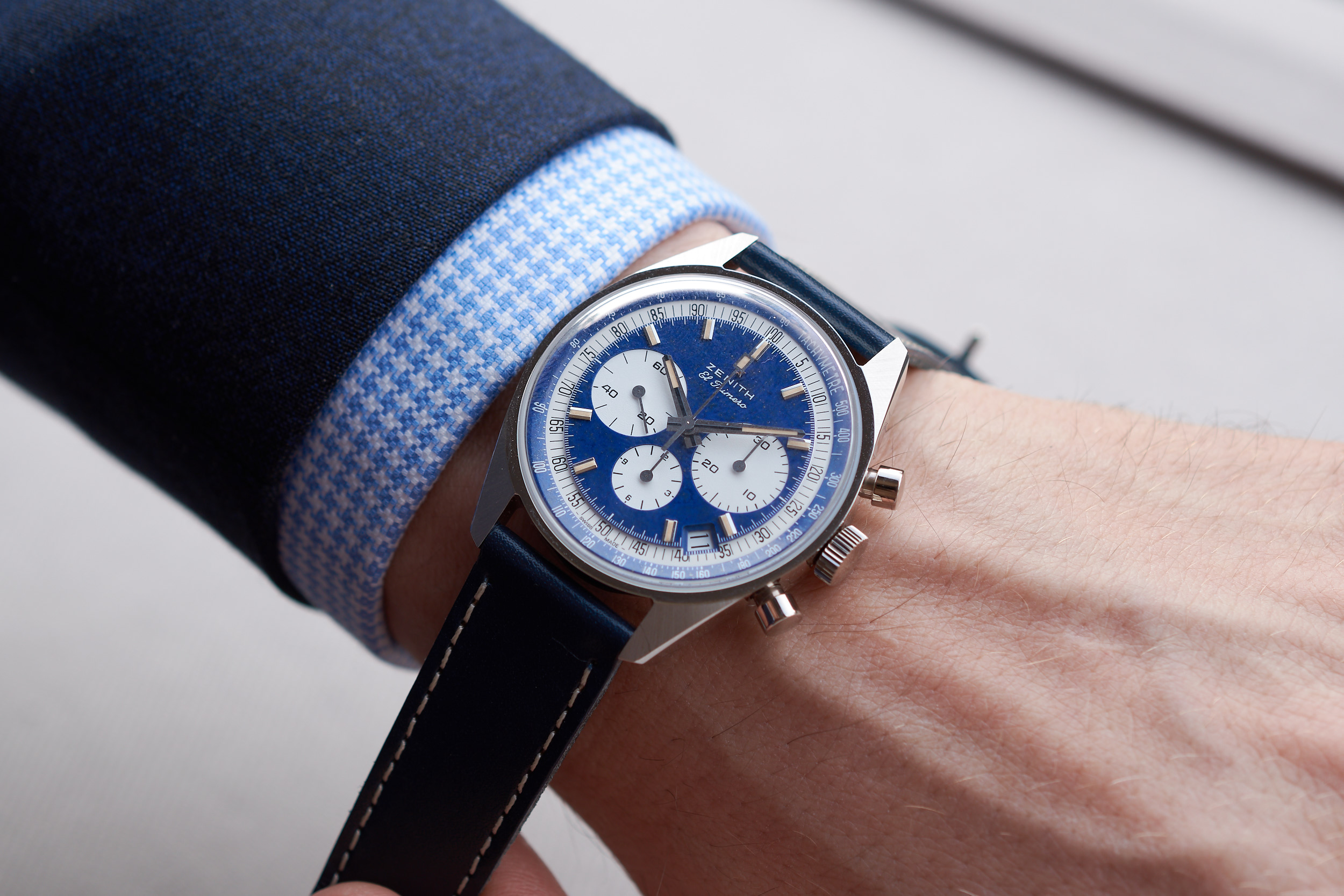 In 2019, Zenith celebrates the birth of its star, the El Primero movement. Lot 136 at the Geneva Watch Auction X was a special anniversary piece, co-designed with Phillips Watches in Association with Bacs and Russo. It boast attributes never found on Zenith watches. The sale supports the NGO Zoé4life. We saw the one-off chronograph and its friends before the auction.

Watch companies would typically be remembered for iconic models, but in Zenith’s case it is more of a calibre. The El Primero has been created so well in the ‘60s that it has beaten in a number of their own and foreign models ever since. Developments started in 1962 after acquiring the chronograph specialist Martel Watch Company. Initially they wanted to present it at the 100th anniversary of Zenith, but they kept on postponing the launch in order to tackle the challenge they set for themselves: creating an integrated (non-modular) high-frequency movement with column wheel chronograph activation. Running for the first automatic chronograph ever made, the El Primero became the product of a race and it stood out from the contestants through its racing attributes: 5Hz oscillator providing unmatched precision through an extended operating time of 50 hours.

For the 50th anniversary year Zenith brought out a collection of early models. The unlimited A384 Revival has been pre-selected by the GPHG jury in the ‘Iconic’ category in 2019. The A386 Revival is a collectors’ offering that includes limited gold editions. We spent some quality time with the pink gold version in Vienna.

With the auction sale initiative at GWA X, Zenith puts the historic design into a vintage sale context in a form never seen before. It is the closing act of the El Primero’s 50th anniversary year, which received a dedicated reception in the La Réserve Hotel in Geneva, on 8 November. 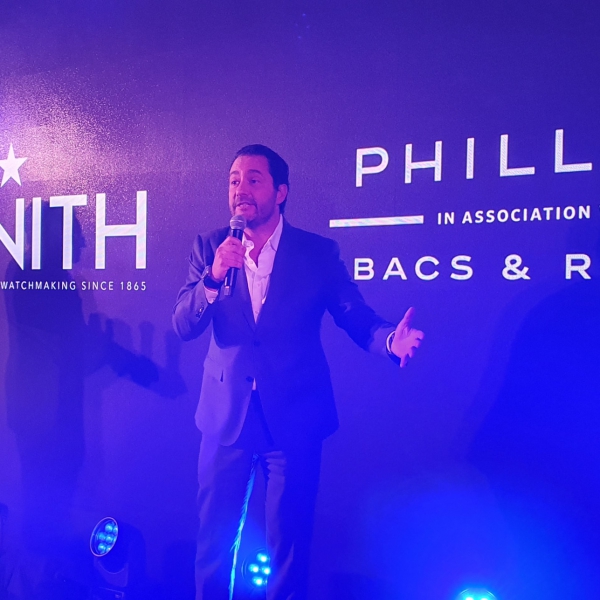 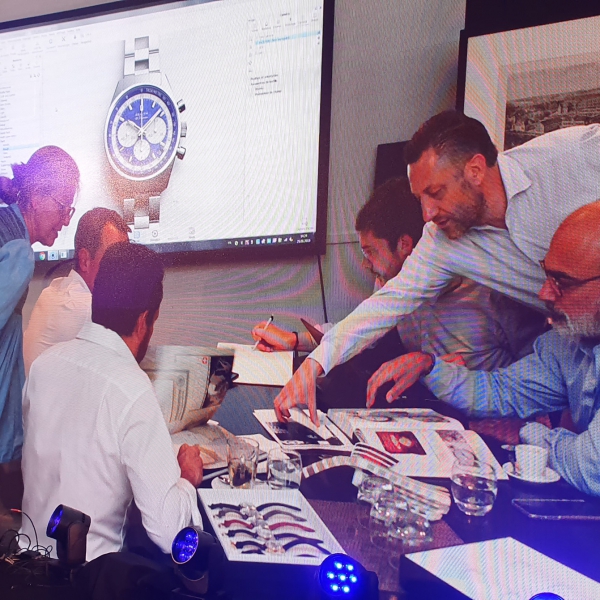 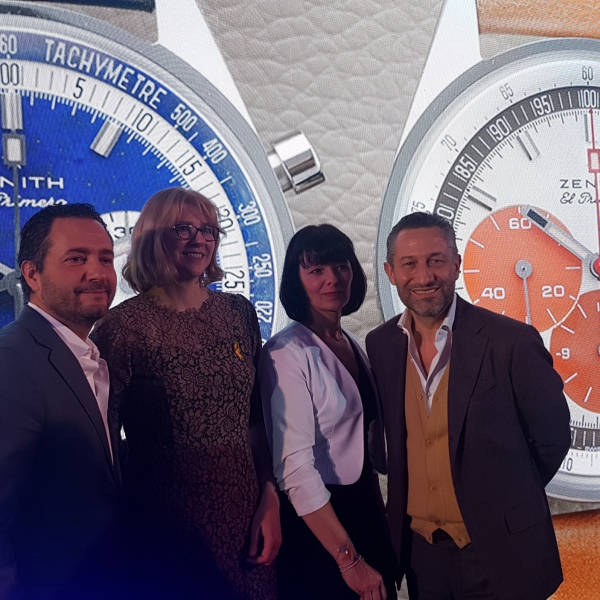 Lot 136 is a unique A386 reference (40.P386.400/57.C842) made in conjunction with the expert team of the auction house. Aurel Bacs and Alexandre Ghotbi (Head of Watches for Europe and Middle East) worked with Zenith’s creative and product development team to come up with an A386 version that stands out from the set produced thus far. Plans have been circulated in the wider Phillips Watches team before deciding on the final touches. The piece is cast in platinum (never used by Zenith so far) and adorned with a lapis lazuli dial.

Julien Tornare CEO of Zenith has made two important announcement at the show. Initially planned for 50 years, they extended the warranty of this unique piece for lifetime. Additionally, he stated that Zenith has never made a watch in platinum and it never will. 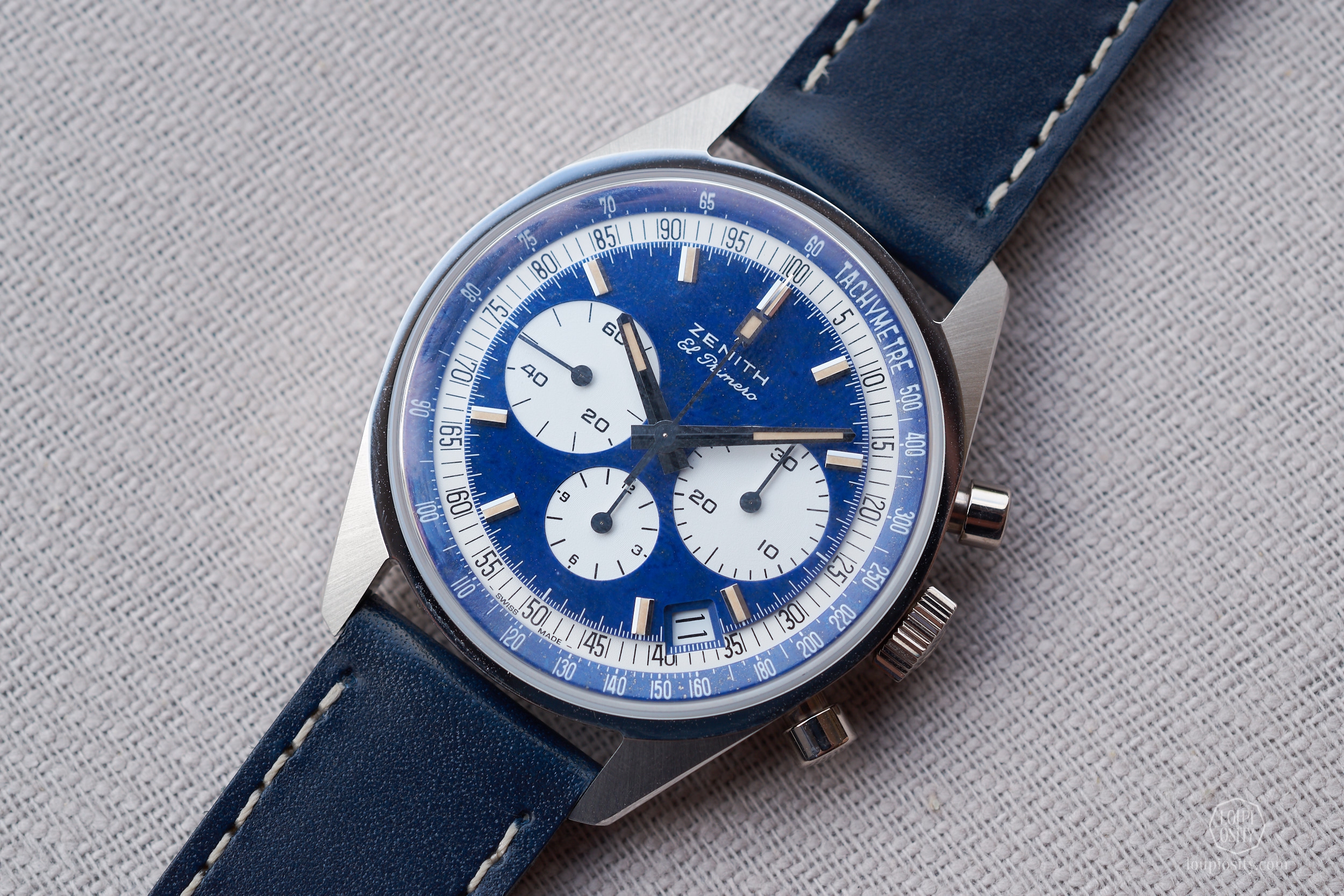 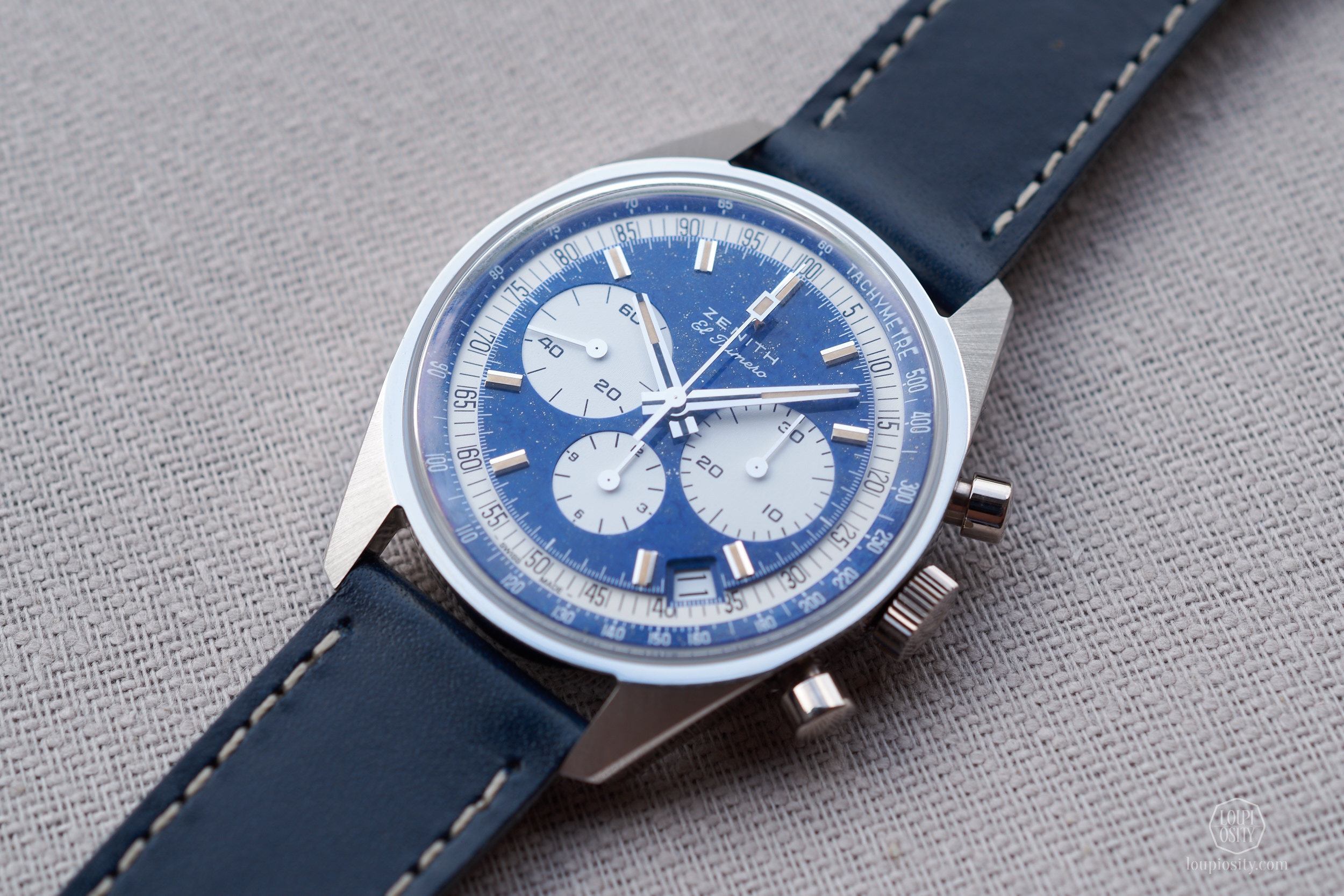 Proceedings for the Zoé4life Foundation

‘No one fights alone.’- said friends and family of the Guignard family, when their daughter Zoé was diagnosed with cancer. Supporters got together to help them battle the disease. Zoé passed away just before turning 5. The Foundation continued its mission to help other families with children battling cancer. Zenith together with Phillips Watches in Association with Bacs and Russo have offered the entire proceedings of the sale to support the Zoé4life community.

As a special surprise for collectors, Zenith and Phillips created two more El Primero Ref. A386 chronographs, limited to 69 pieces in total, in honor of the birth year of the El Primero caliber. One in yellow gold with black dial (limited to 20 pieces) and a stainless steel watch with brown terracotta and orange details on the dial (limited to 49 pieces).

All of them were sold at the reception.

Beyond the unique piece, the a stunning original 1969 A386 was auctioned, too. 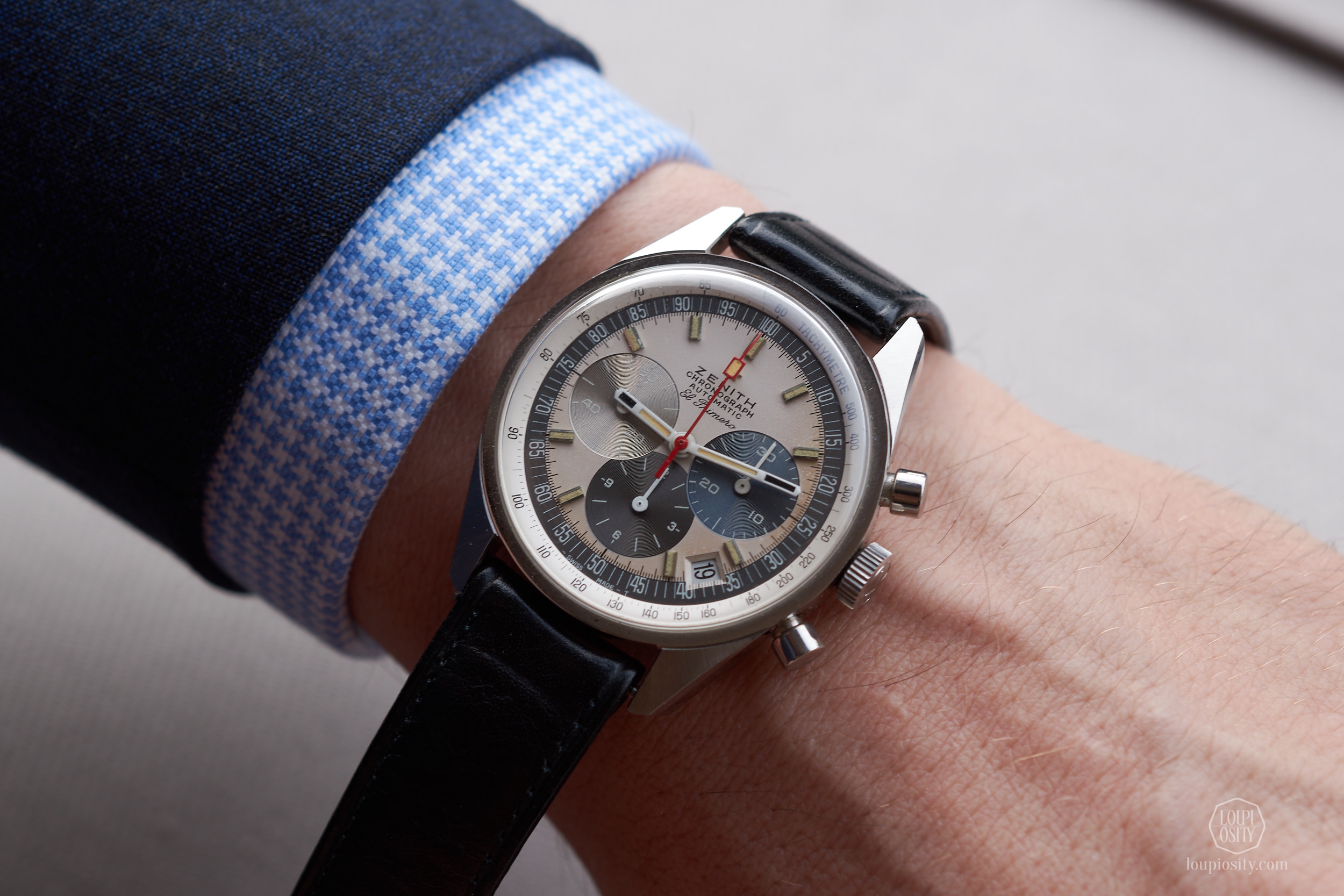 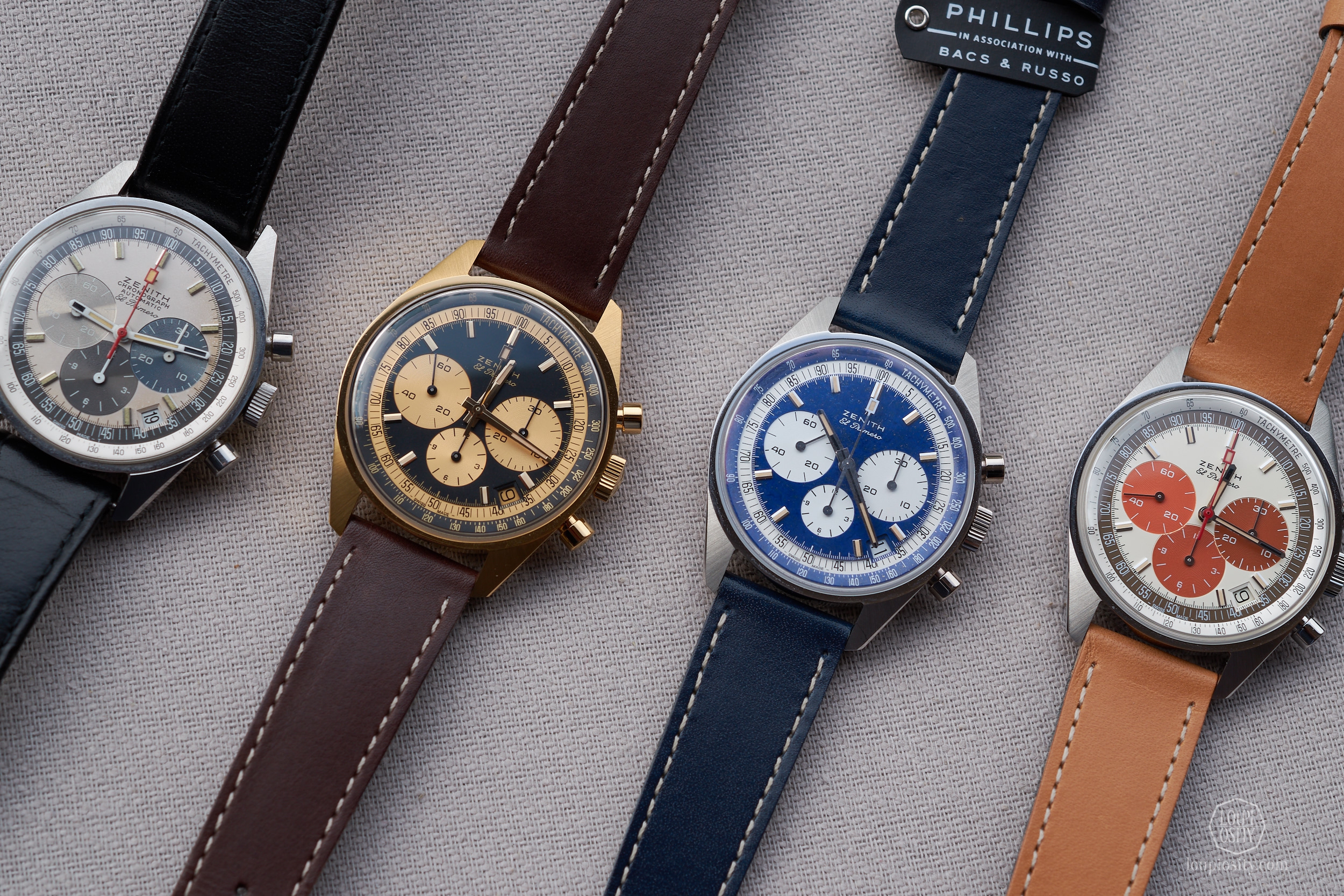 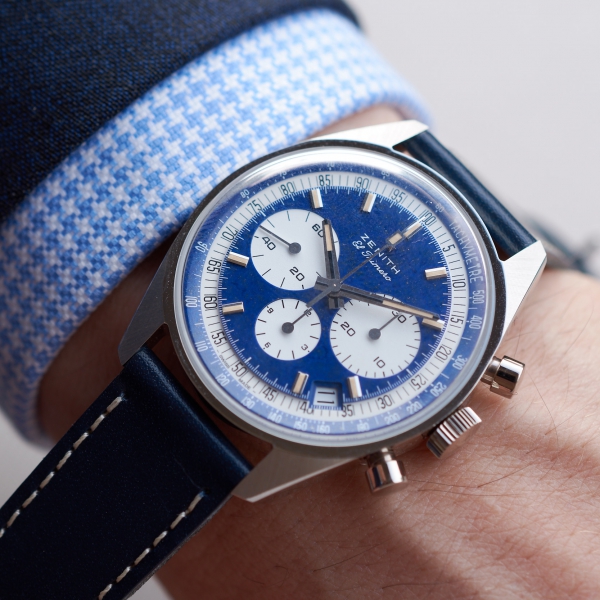 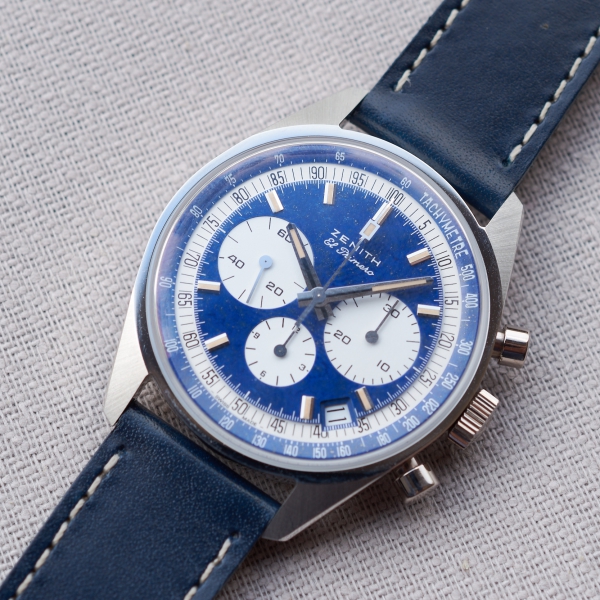 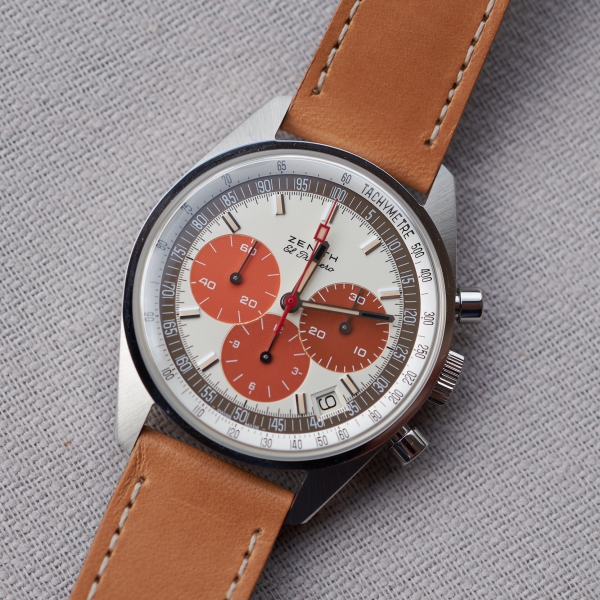 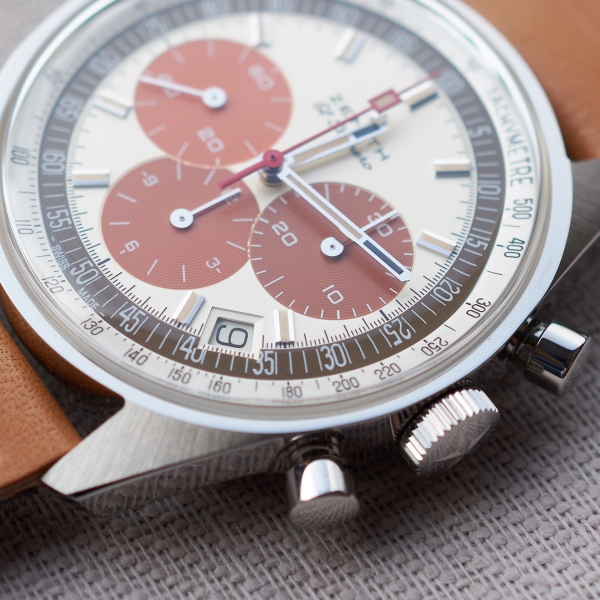 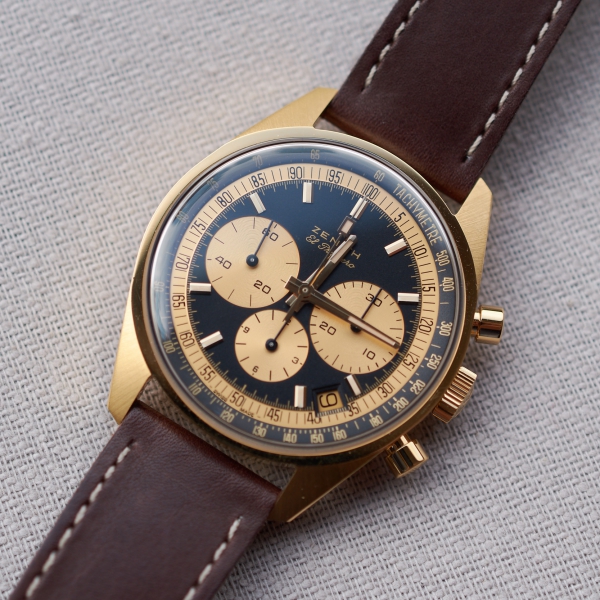 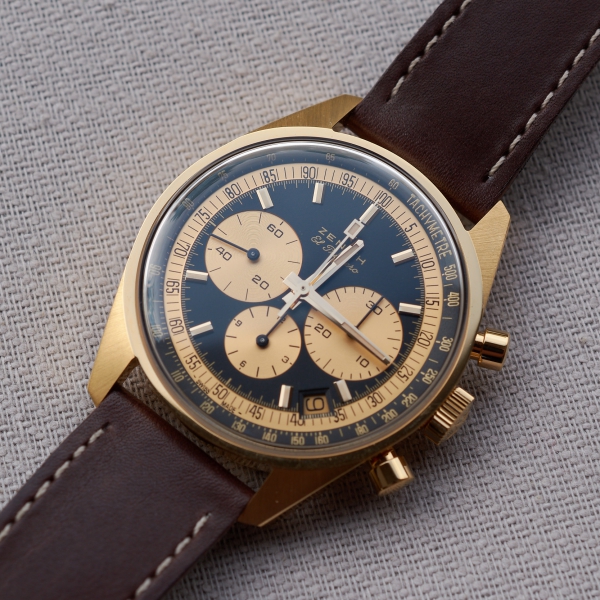 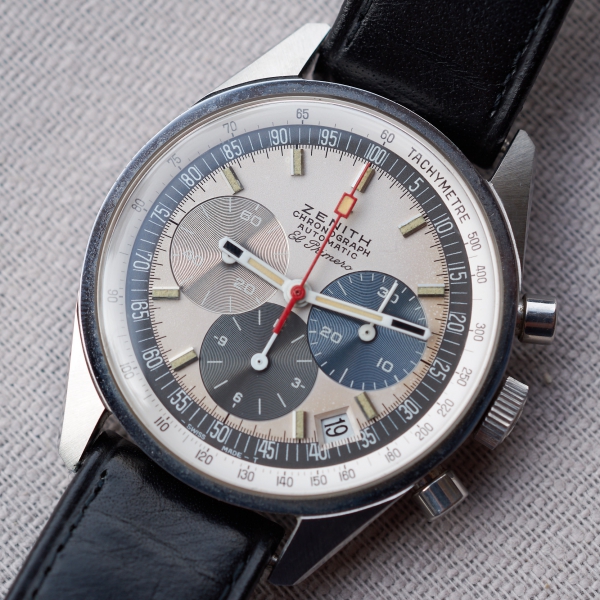 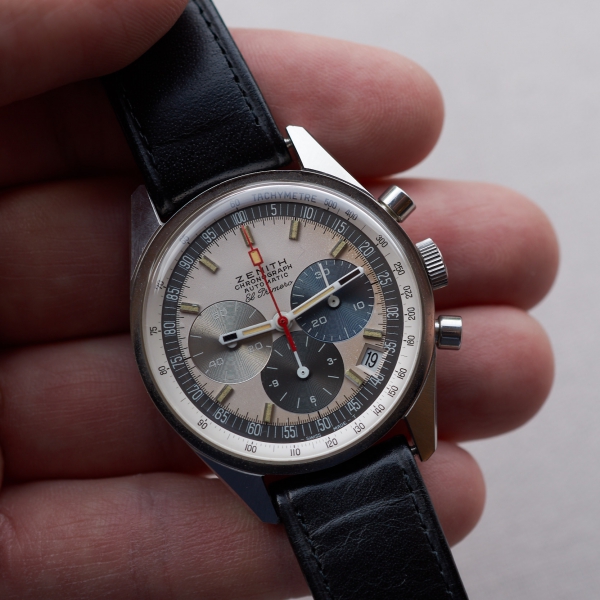 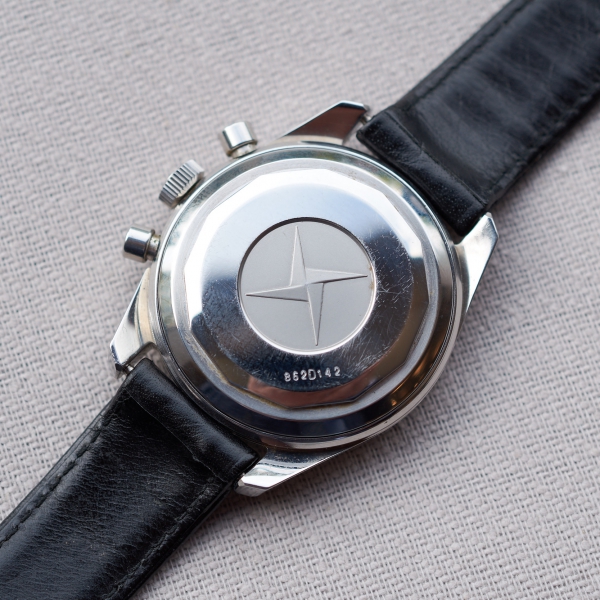 We selected a number of other pieces from the GWA X that look extremely well on a female wrist. See them here.

Zenith Chronomaster Original This summer Zenith launched the Chronomaster Original, the successor of their iconic Zenith A386. On one of those sunny days of the Swiss spring, we had the chance to preview the watches at a lovely Zurich terrace.Zenith at Watches and Wonders 2022 In Geneva, Zenith presented the revamped Chronomaster Open line as well as the new Chronomaster Sport under its new ‘Master of Chronographs Since 1865’ concept - with a traveling exhibition and an online platform. Zenith at LVMH Watch Week 2022 - Part 1 This January Zenith introduced the DEFY Revival A3642, a modern reinterpretation of the earliest DEFY model. As a next step Zenith is unveiling some of its latest creations at LVMH Digital Watch Week 2022.