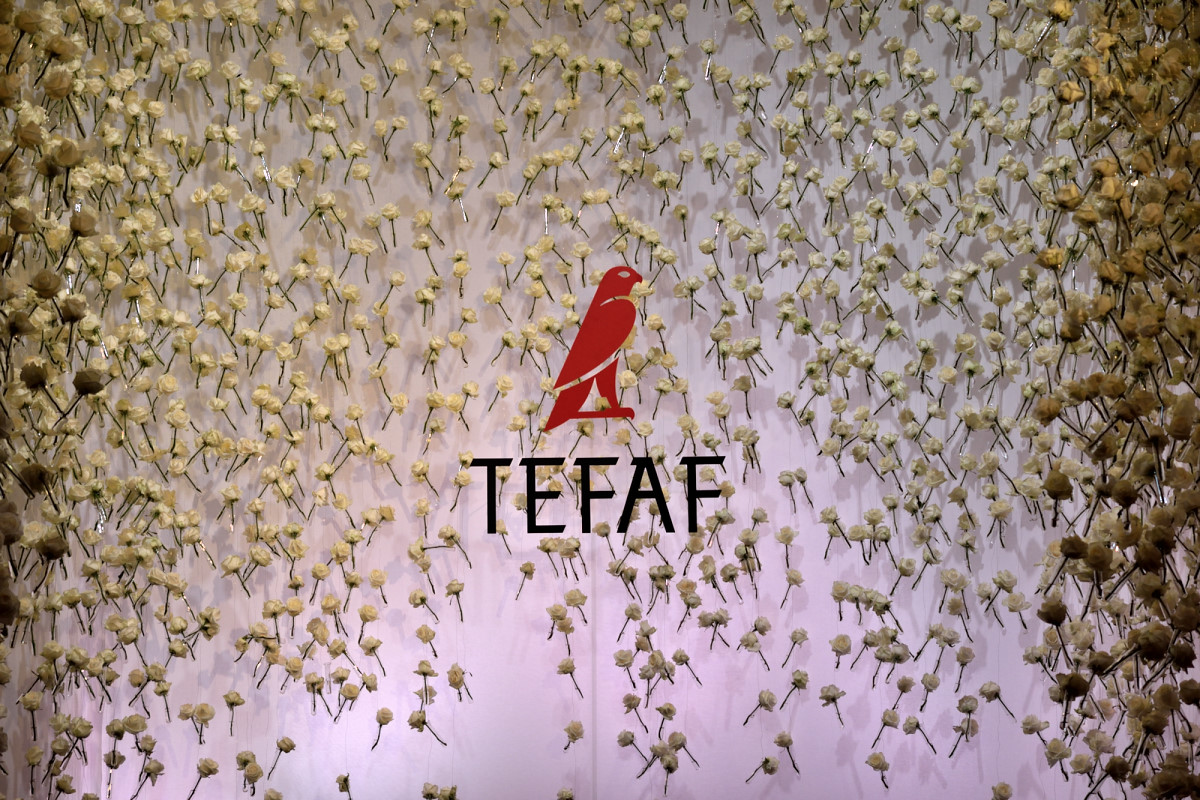 Art fairs have been a part of culture since the 18th-19th centuries: they offered a chance for artists to showcase their work to a large audience, to influence the taste of attendees, they embraced or sunk genres. London and Paris have always been important hubs and from the onset of the 20th century New York too became a key venue of the art scene.

Be it antique or contemporary creations, art fairs nowadays are the stunning annual forums of the art trade and key venues of the art market that is established on a network of galleries. Prestigious fairs in Cologne, Basel, Venice or Madrid have earned such a name that these cities consider the events the highlight of the cultural season and organize a range of cultural events to coincide with the given fair.

Scandinavian countries, the Benelux and the Rhine area is filled with cities from the Middle Ages, museums, historical artefacts, and the inhabitants of these countries treat their cultural heritage outstandingly well. It is no surprise that Gent, Antwerp, Brussels, Rotterdam, Eindhoven, Maastricht, Liège, Luxemburg, Aachen, Cologne or Düsseldorf offer numerous high quality art events.

It is not an easy task to choose from the range of options. In January I visited Christie’s in Geneva where Daniel Struyf described The European Fine Art Fair (abbreviated: TEFAF) as a “must-visit”. 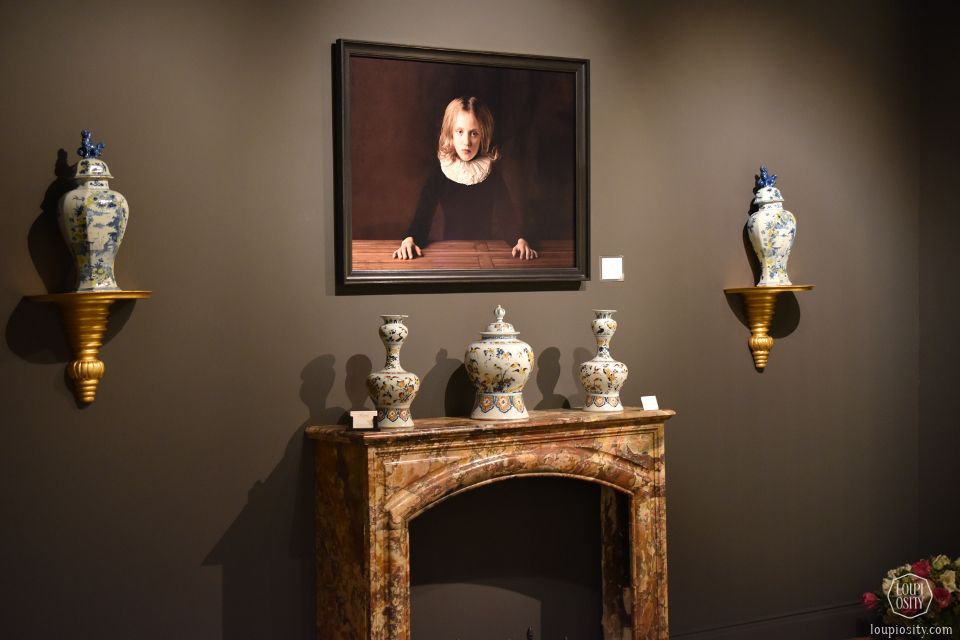 TEFAF is an annual art fair, organized by The European Fine Art Foundation in the MECC in Maastricht, Netherlands. It was first held in 1988 under this name, but the bi-annual “Pictura Fine Art Fair” opened in Maastricht dates back to 1975.
The event introduced its falcon logo in 1989, and redesigned it in 2012. It is interesting to know that this refers to Valkenburg, a town not too far from Maastricht, which was the home of Antiquairs International. The falcon’s eye is one of the most accurate in nature, it symbolises the purpose of TEFAF: to underline the importance of focusing on the essential.

The fair changed its name to “TEFAF Maastricht” in 1996 and an important milestone is attached to this year: “Portrait of a Young Man” by Rembrandt was sold at the fair for $4.8 million dollars.

In 2000, for the first time TEFAF launched an independent study of the European art and antiques market, resulting in the annual publication of the Art Market Report.

In 2005 the fair received a “facelift”. Tom Postma (the artist and architect responsible for designing some of the world’s best art fairs) was joined by David Bentheim (British, Chelsea-based interior-designer) to create a renewed design. 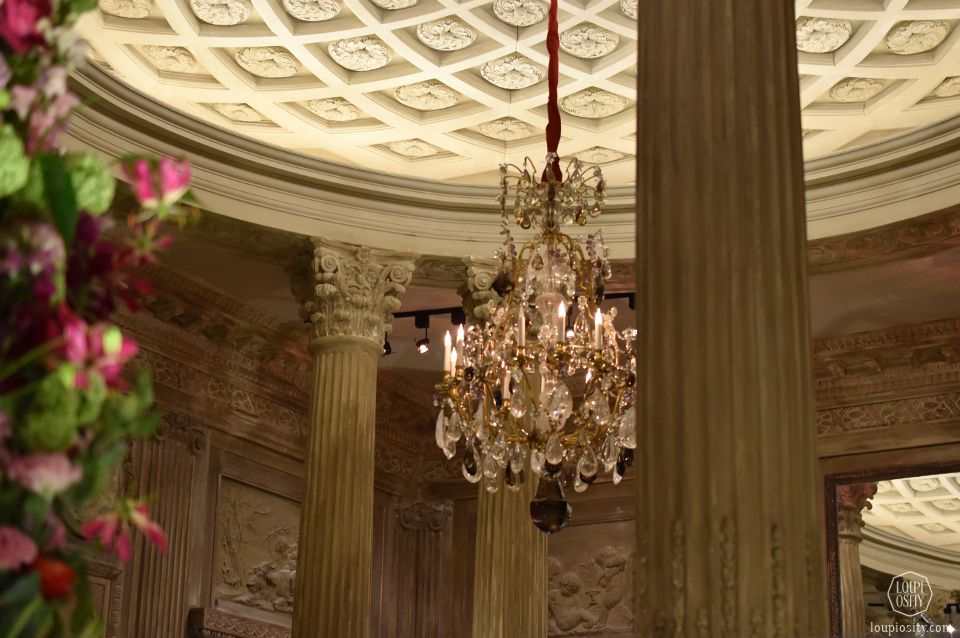 Last year TEFAF attracted more than 74 000 visitors and continues to maintain the strict selection process (working with 175 international experts in 29 different fields), to ensure the best quality, authenticity and condition.

Daniel’s statement was quite right, I must say – TEFAF was an extraordinary experience. If you followed my Instagram I was dragged by the cultural vibe of the scene. Among the antique and design galleries, Haute Joaillerie exhibitors presented the sought after antiques of tomorrow. 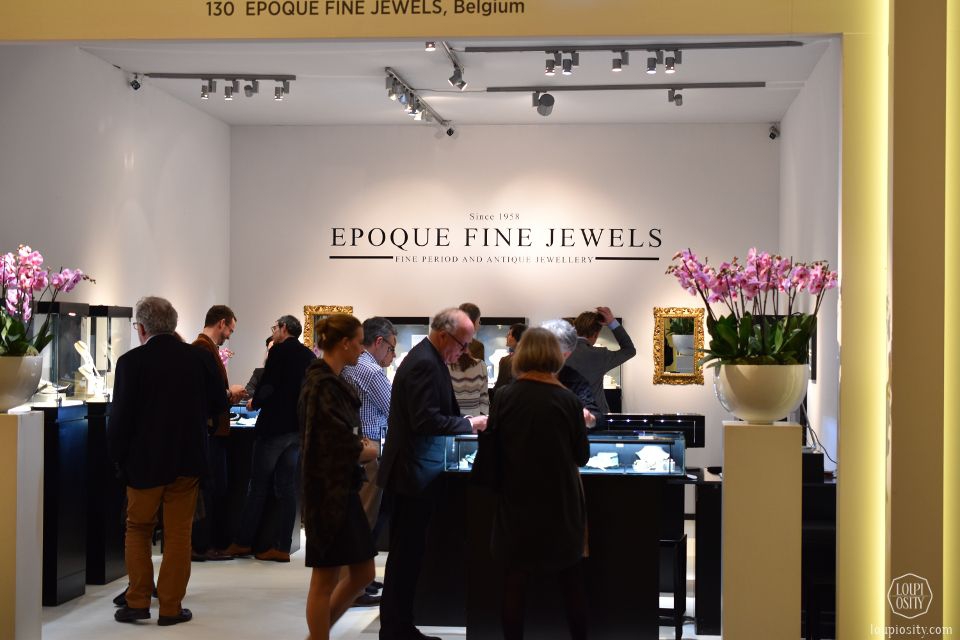 “A piece of jewelry is sophisticated when it leaves a thief indifferent but turns the connoisseur’s head” – said Otto Jakob in an interview with the New York Times. Mr. Jakob studied painting in Georg Baselitz’s workshop in Karlsruhe, but he realized that his creative energies are taking him in a different artistic direction and became an autodidact jewellery designer. The way he sees the world is captured via his unique creations which are more wearable micro sculptures than gemstone-heavy jewels. His formations are playful interpretations of nature – just imagine the surrounding faces when you put on your finger the Leviathan ring or wear the Hand with Koi pendant! 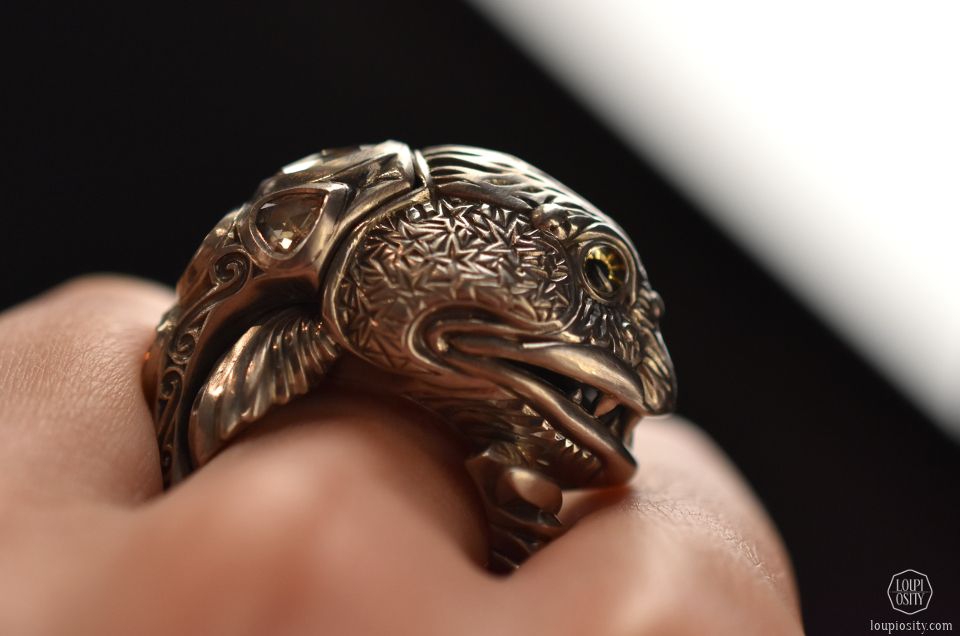 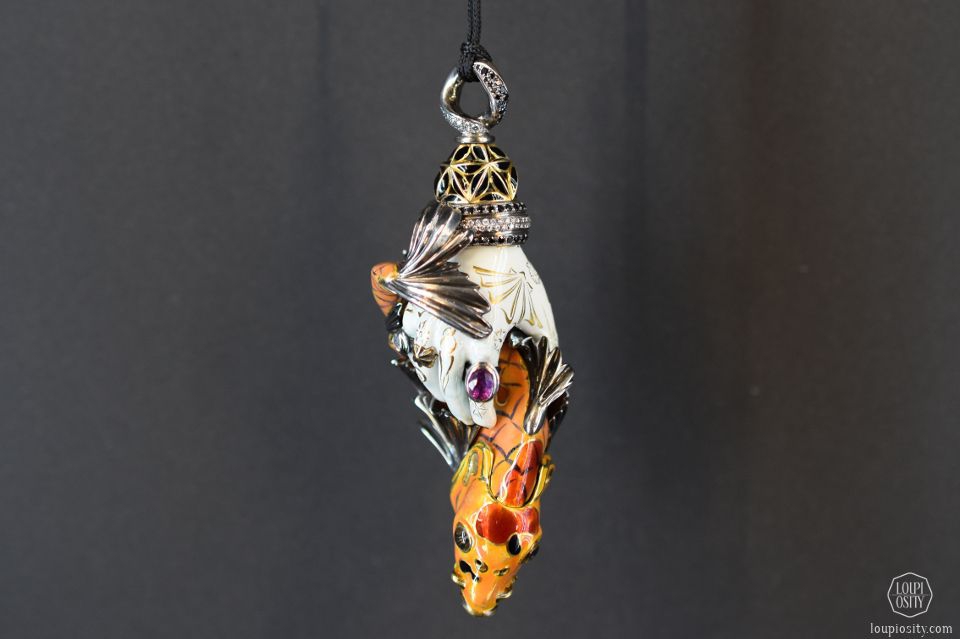 The ancient motifs appearing on his pieces are emphasized by various materials such as oxidized white gold, rose and yellow gold, rock crystals, mother-of-pearl and gemstones like spinel, sapphire, aquamarine and diamonds. Wood, coral, ivory and Phytelephas palm seeds are not rare either. He also uses different processing and ornamenting techniques like enameling. All are self-taught and experimented.

His fare bit of humor and artistic talent can be enjoyed at major art fairs only as Otto Jakob does not offer his works in boutiques. In fact, they are more collector one-off pieces. Otto Jakob is a regular exhibitor of TEFAF. 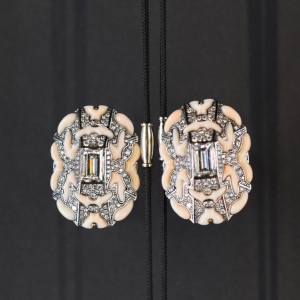 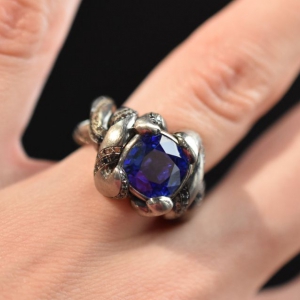 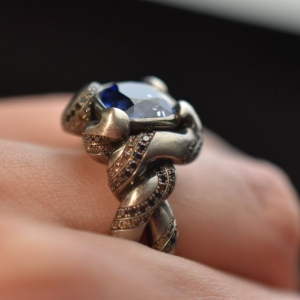 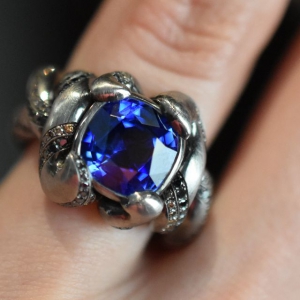 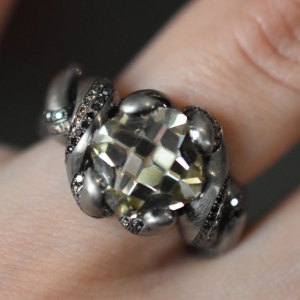 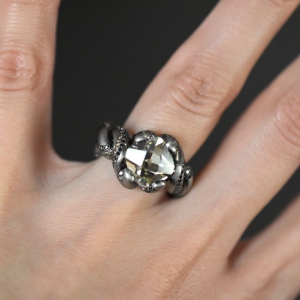 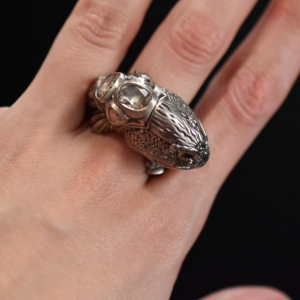 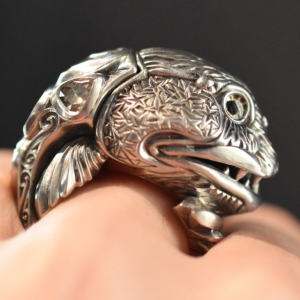 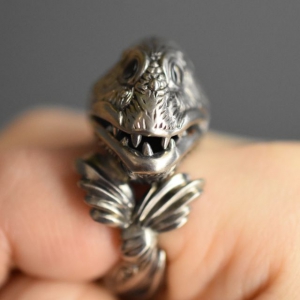 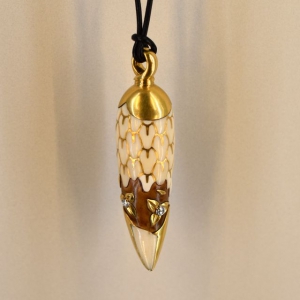 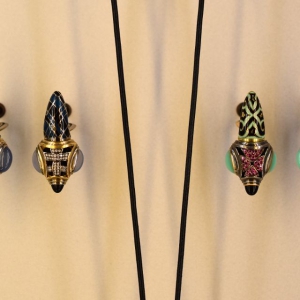 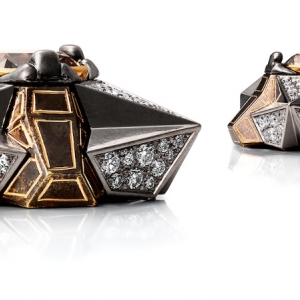 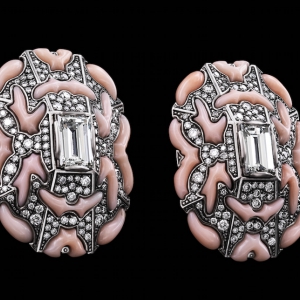 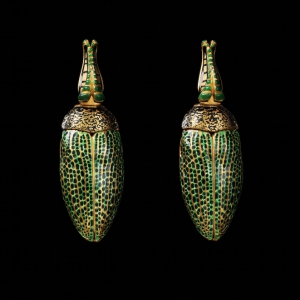 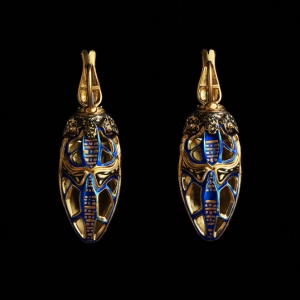 I had the chance to see a few very special Hemmerle pieces at the Victoria & Albert Museum in 2013. The museum hosted an unparalleled pearl exhibition in cooperation with the Qatar Museums Authority with unique historical jewels. The “Pearls” exhibition also left space for the creations of contemporary designers. The cabinets featured, among others, melo pearl and brown diamond earrings and the Tarantula brooch (sapphires from the Umba Valley of Tanzania, white, yellow and brown diamonds, yellow gold) designed by Stefan Hemmerle. The back of this amazing spider is a 117.76 ct dark brown conch pearl.

The Munich-based German jewellery house is anything but conventional. Anton and Joseph Hemmerle established the company in 1893 and started their activities with medals for the Royal Bavarian Court. Soon they opened a store on Maximillianstrasse. It is a fourth generation family-run house to this day.

Every single piece is extremely characteristic, and is an easily-recognizable masterpiece. The Nature’s Jewels collection introduced last year does not follow the usual pattern either, they do not only portray „classic“ flowers, but interestingly shaped branches, leaves and fruits. They frequently use gemstones in exciting colours and shapes, or materials that are unexpected in the field of jewellery. 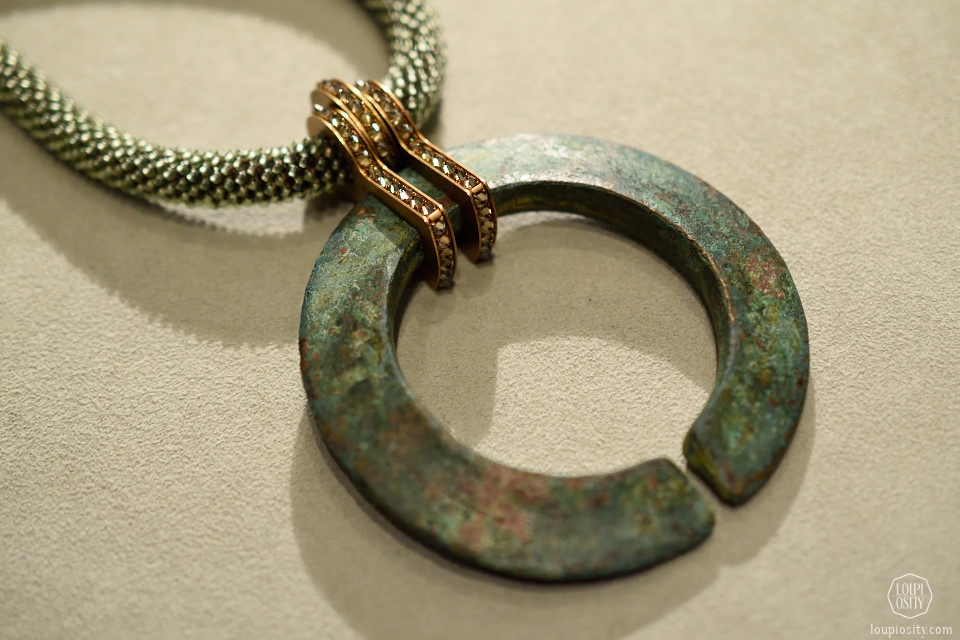 The antique Javanese bronze necklace shown at TEFAF is a great example, which has been redesigned by Hemmerle in a fresh and contemporary style. The fine and clever details on such an ancient work have not destroyed the spirit of the original, but filled it with the elixir of eternal youth. The clasp that unites the bronze and the lace has brown brilliant-cut diamonds turned upside-down. The chain on the lace itself is done with an old Austrian technique of knitting beautifully matched and cut coloured peridot stones in silk. 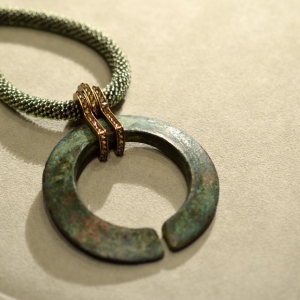 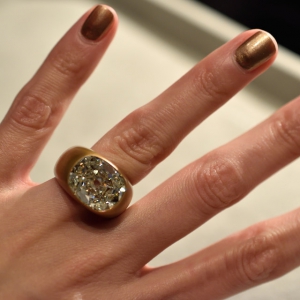 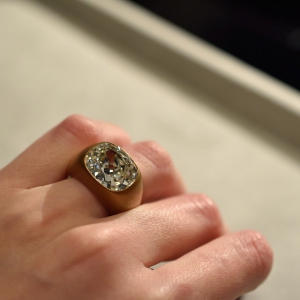 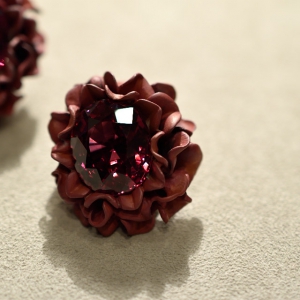 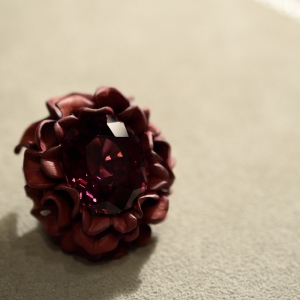 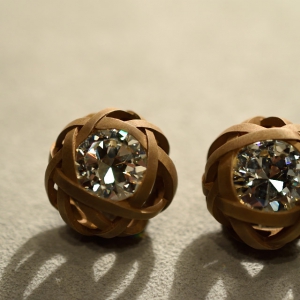 High Jewellery houses including Chopard, Alexandre Reza and Buccellati exhibited at TEFAF 2015 in Maastricht. Check out the next part of my article.

Brands and art at Art Basel 2021 Art Basel has a long-standing tradition of working together with well known partners and brands. Some of them are even dedicating significant resources to commission artists or art projects and either launching and communicating it at the fair or including the artist in the exhibition program. Now - as Art Basel 2021 is back with an IRL edition in Basel…Paris+ par Art Basel Paris+, by Art Basel is the newest fair for Modern and contemporary art, taking place October 20-23, 2022 in the French capital.Révélations Paris 2022 After many recommendations, we will visit Révélations in Paris for the first time this June. The biannual event is a prestigious showcase for the finest contemporary creations from France and abroad. Follow along with us!