To The Moon & Back 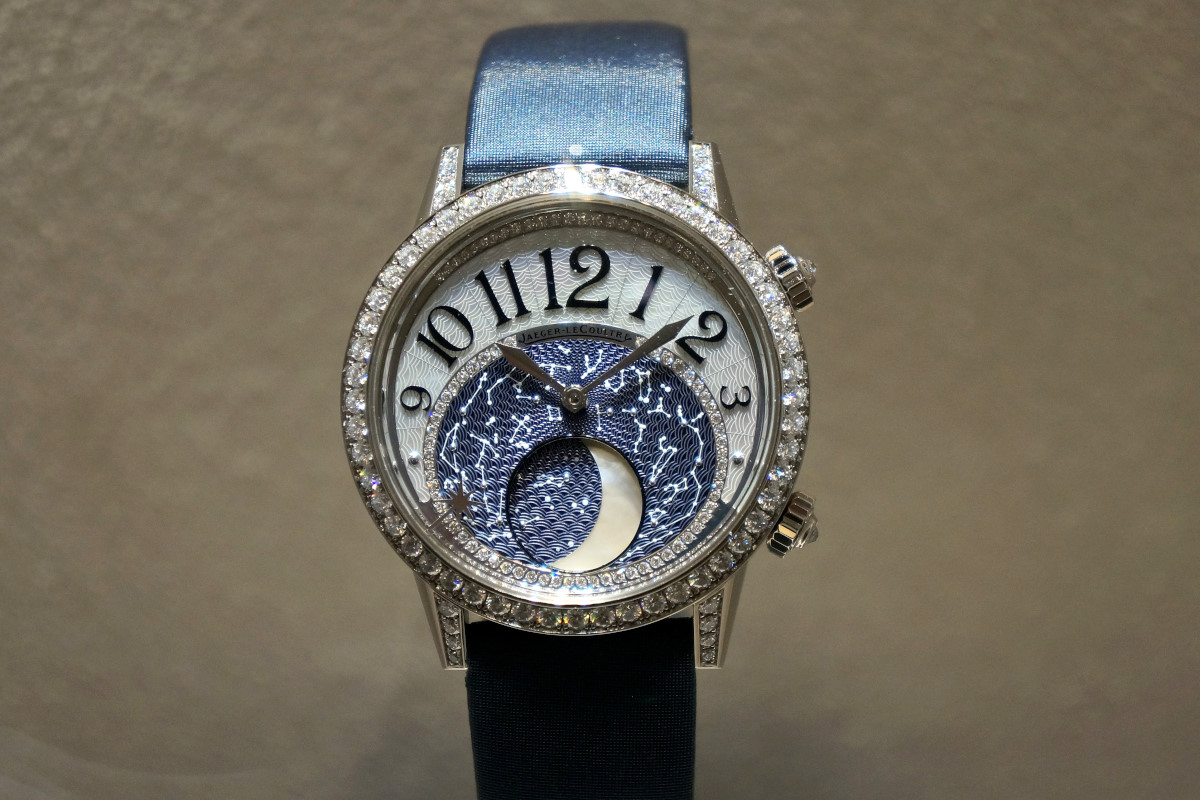 This year everything was about the secrets of the sky at Jaeger-LeCoultre: the booth, the telescopes and microscopes with which we could wonder at the infinitely great and the infinitely minute and of course the watches too.

We are used to Jaeger-LeCoultre presenting thematic and harmonious collection year after year, and this year was no different. The new pieces from the Duométre, the Master and the Rendez-Vous collections evoke the moon, the stars, and planetary motifs both in the decoration and the complications.

Even cave men were mesmerized by the sight of the starry night sky. Humanity soon realized that the phenomena observed in the sky are suitable for measuring time. Observations of the sky and astronomy are ancient sciences. It was practical and indispensable for the appropriate timing of agricultural work to calculate the tide phenomena that is connected to the moon-cycles. Thus it is likely that the desire to track the Moon led to the naming of significant star clusters.

They used a moon-calendar in Mesopotamia that consisted of moon years of 12 moon-months. Initially they aligned the different pace of the Moon calendar and the changing seasons in an ad-hoc way by inserting leap months on occasion.

With the development of science and tools, calendars also changed. The Julian calendar determined the solar year more precisely than ever before: it introduced a 365 day year and set the first day of the year on 1 January. However due to the rounding the year ended up being 11 minutes longer than the actual year; the minutes in 128 years amounted to a full day, and after centuries led to a significant delay.

Certain popes promoted the calendar reform, until Pope Gregory XIII introduced the Gregorian calendar, containing 12 months of various lengths, that was also harmonized with the astronomical (solar) year. The Gregorian calendar was adopted at various times in Europe’s countries primarily because the decrees of a Roman pope were not accepted by the Protestants, Evangelicals and Calvinists.

Counting the days with Jaeger-LeCoultre

The Calendar functions have long since been part of the watchmaking culture of the Grande Maison but this year Jaeger-LeCoultre put them into the spotlight, as a tribute to astronomy.

This year the platinum Duomètre Sphérotourbilloon Moon raises the heartbeat of aficionados. It has an infinitely accurate moon-phase display; the margin of error is one day every 3887 years. As we have grown to expect from the brand, the innovative technical solutions don’t overwhelm the watches, the result is once again extremely aesthetic, harmonious and wearable. 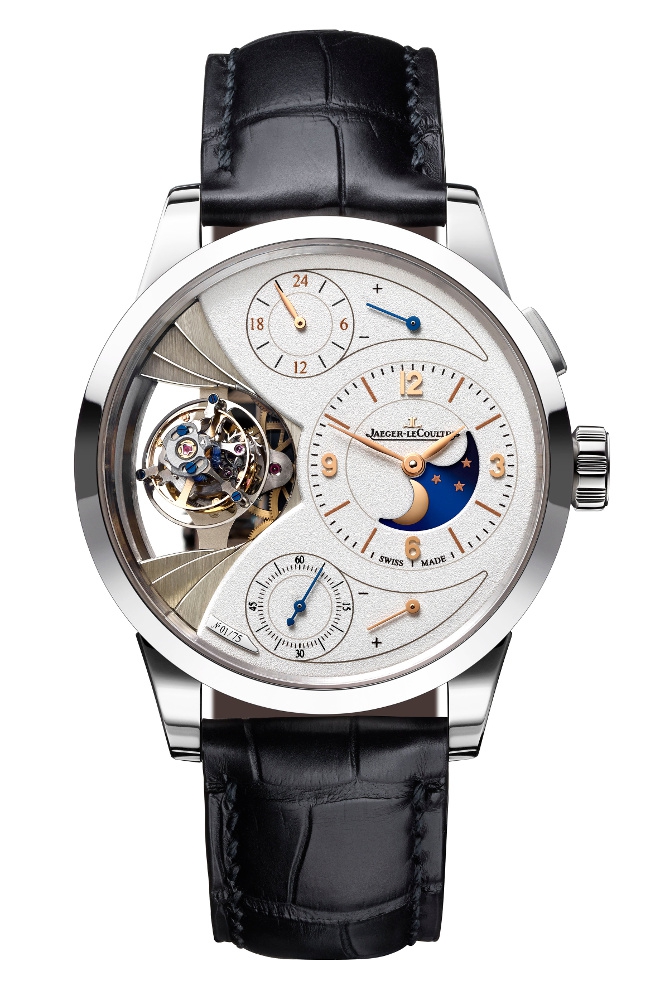 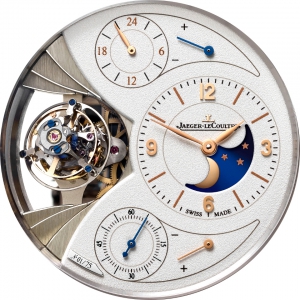 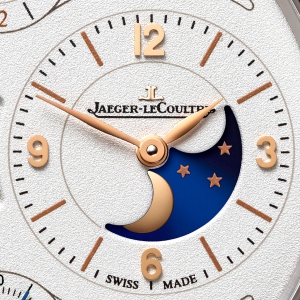 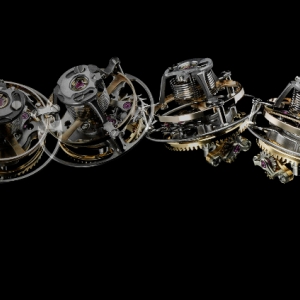 The Master collection was extended with several new versions including the Master Calendar with Ruthenium meteorite dial. The meteorite is a natural object from space that is not destroyed once it crashes into the surface of the Earth. Such stones are rather rare as they remain undiscovered in the ground after impact. The meteorite of the dial is from a meteorite found in Sweden. Meteorites may contain iron and other metals, making it difficult to work with. The thin slices of the meteorite must undergo several preparatory phases before revealing the structure of the stone that features a unique pattern shown by each cut. Each dial has its own pattern as the original structure of the material. 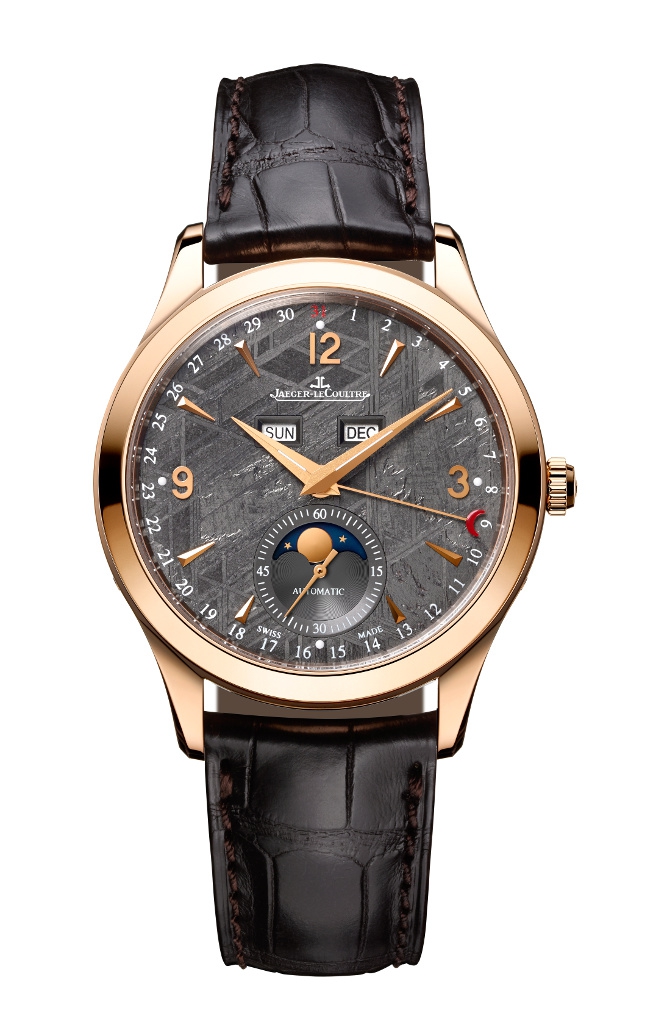 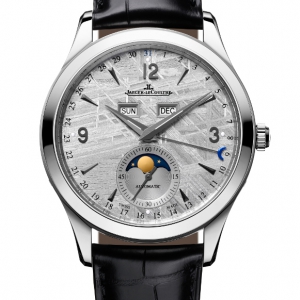 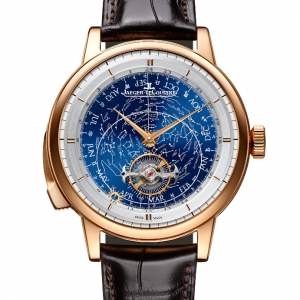 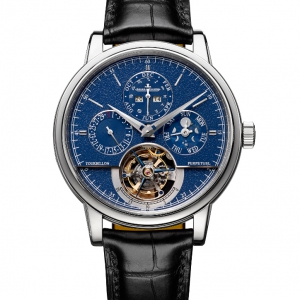 The Rendez-Vous Celestial opens a window to the stars of the sky and shows the current constellations. The star travelling on the edge of the watch-face can be set to the time of the next rendez-vous with the second crown. The illusion of the night sky is further enforced by the series of diamonds sparkling along the bezel and the buckle. But this year the colour combination reminds me of the rich and warm colours of the descending Sun: the pink gold version has a bordeaux aventurine dial and a guilloche crescent shape for the numerals. 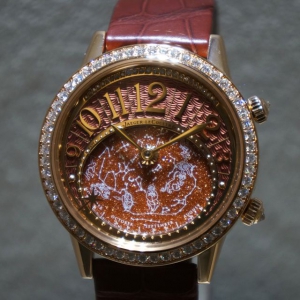 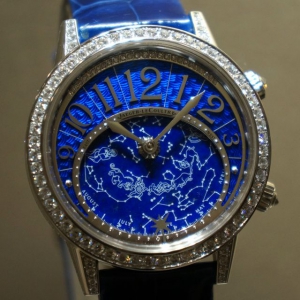 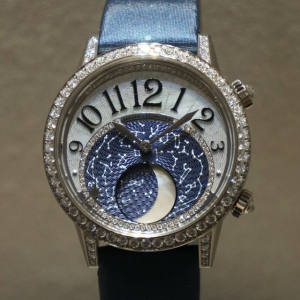 As we are great admirers of the Maison’s gem-setting expertise we have to show you the Master Grande Tradition Tourbillon Orbital. The dial is set with baguette-cut diamonds in the shape of an ancient amphitheater; a flying tourbillon is positioned above a dial that is also set with baguette-cut diamonds. The tourbillon of the Master Grande Tradition Tourbillon Orbital makes a complete turn on its axis in 23 hours, 56 seconds and four seconds. The diamond-set rays are pointing to the tourbillon, which has taken up a new position. 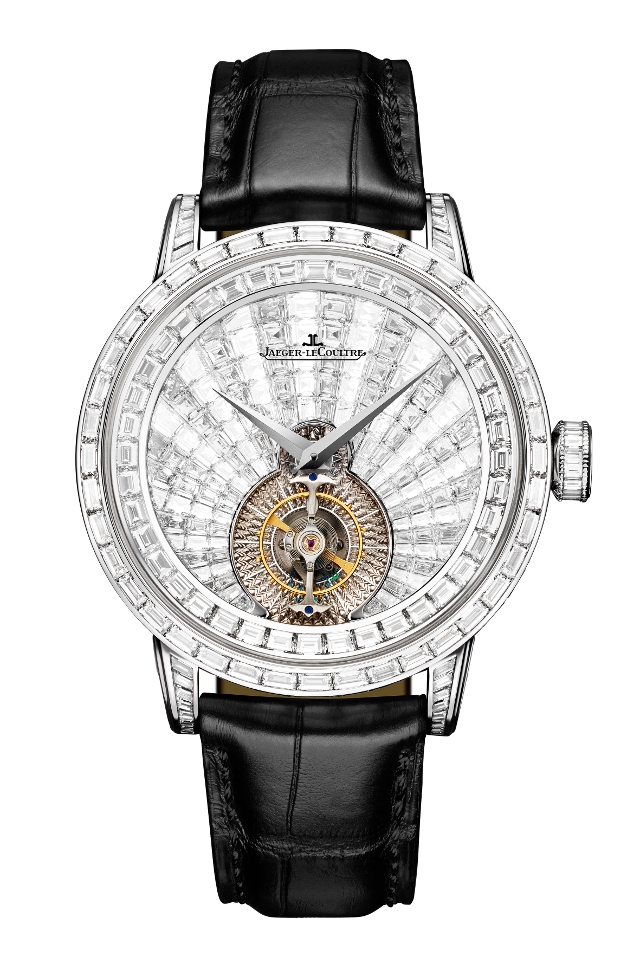 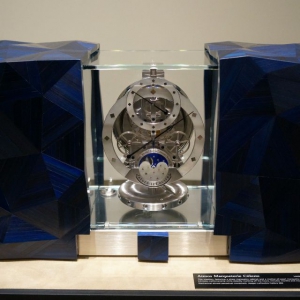 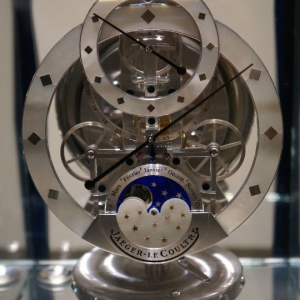 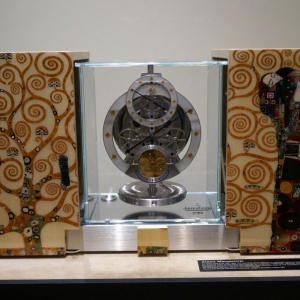 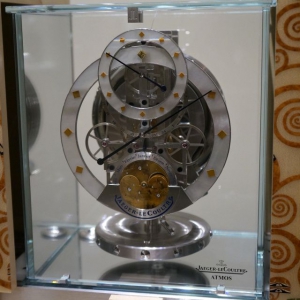 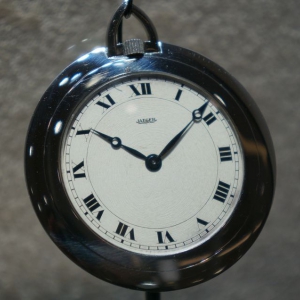 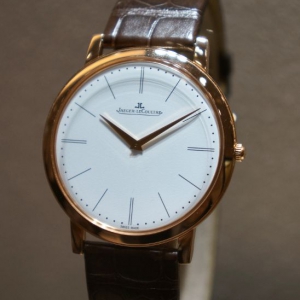 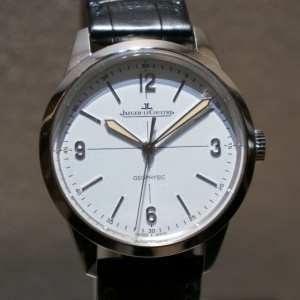 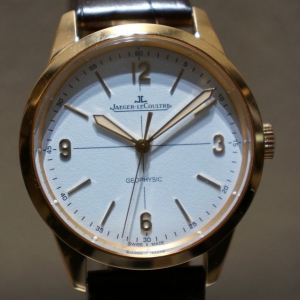 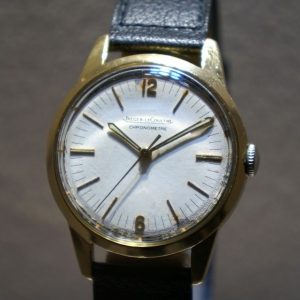 The stellar odyssey Jaeger-LeCoultre summoned the starry night skies of the Vallée de Joux in the dazzling bustle of the Watches and Wonders. Among other creations the manufacture presented two new celestial timepieces based on the fantastic Calibre 945 and an Atmos clock displaying the relative positions and movements of Earth, the Moon and the Sun.Girls don’t just wanna have fun – Part 23, Watches and… In this series we showcase mechanical and artistic wonders that were especially designed for women and others originally for men that come alive on spirited ladies’  wrists. We participated at the Watches and Wonders 2022 and we browsed a few novelties. 'Details: Genealogies of Ornament' - Homo Faber 2022 The ‘Details: Genealogies of Ornament’ is set in the Nautical School area at Fondazione Giorgio Cini. It is one of 15 exhibitions that comprise the Homo Faber Event 2022, organised by the Michelangelo Foundation.