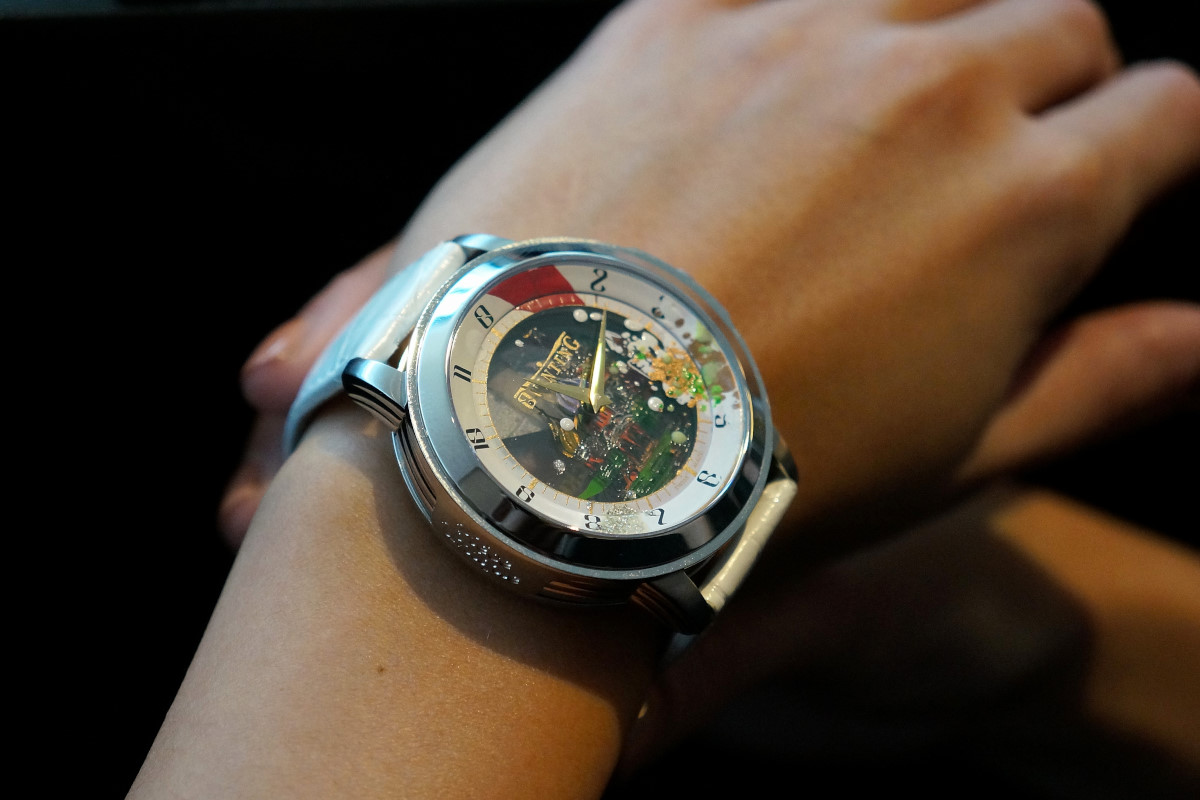 We met with Mr Pascal Berclaz, the President of Quinting Manufacture on a sunny January morning in Geneva, in the restaurant of the Grand Kempinski, overlooking the lake.

Mr. Berclaz as engineer and CEO was always interested in solutions that have not yet been perfected by others as well as interesting technical mysteries. For example the wristwatch with a perfectly transparent dial that was inspired by the mystery clocks from 100 years ago is such a thing.

From the 19th century onwards, many watchmakers were interested in creating see-through clocks. French watchmaker Jean-Eugene Robert Houdin and a performer considered the creator of modern magic created the first watch that we know today as a “mysterious” clock with a dial made of glass that was completely transparent. The genre was truly made famous by Cartier, in 1912 Maurice Coüet created his first mystery clock, the “Model A”, resulting in an immediate contract with Cartier for exclusive supplies of such marvellous artistic mechanics. 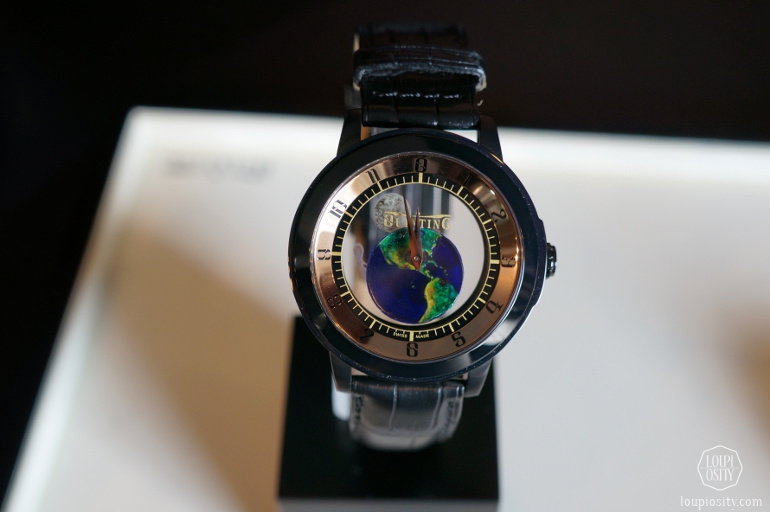 At the Quinting Manufacture, René Quinting, with the participation of several other engineers, created the world’s first entirely transparent chronograph prototype in 1999 after 7 years of research. Albeit the precise details are kept secret, the mechanism consists of numerous (as many as 11-13) extremely thin metalized sapphire discs, the surface of which have been treated with an anti-reflection coating. Part of these are stationary, the others are toothed discs rotating on top of each other. To ensure their transparency their assembly takes place in the so-called white room (a dust-free area) that is well known in the field of fine watchmaking. Cutting and aligning the sapphire requires truly outstanding precision and expertise, as these are not elastic and cannot be shaped in the way that other metals used in timepieces can be. The Quinting watches are not entire mechanic movements, inside the external rim of the case four motors and a battery are hidden from view. From these motors, the hands are driven by the system of mobile sapphire crystals. 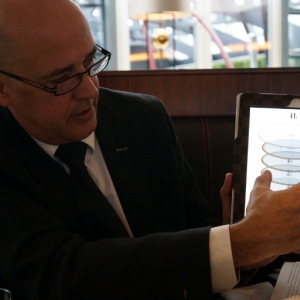 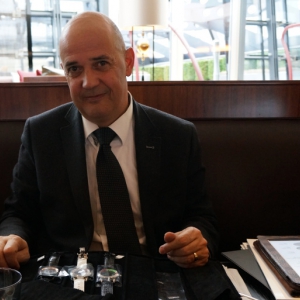 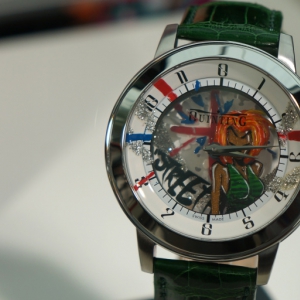 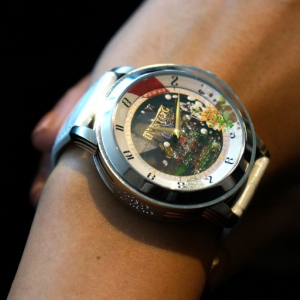 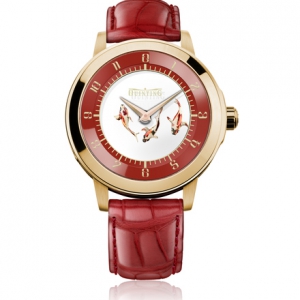 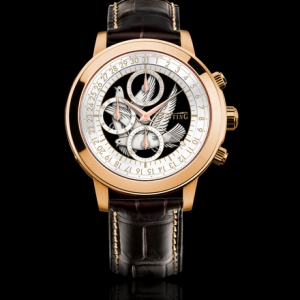 The variation of designs on the transparent dial is almost infinite. From the most refined 3-hand version all the way to a Street Art collection, where traditional high quality enamel technique is blended with graffiti style, Quinting’s Transparency models have something for everyone. The sapphire discs can be adorned with koi fish, pirate, the signs of the zodiac or even an image of the Earth with the Moon orbiting around it. The latter, the Moonlight model is a “true” moon phase watch, where the Moon revolves around the Earth, accurately showing its phases. Meanwhile, every hour a comet shoots around the planets, always ready to be wished upon.

Several limited editions have also been produced; including the double-face pocket watch “Janus” or the Dove of Geneva – a model which conveys a serious social message. The watch with the symbol of peace was released in a limited edition of only 192 pieces, the same number as the United Nations` total number of member countries. As Quinting describes: “the only thing one should fight for is peace and this is the affair of democracy to spread the message of peace around the world and unite peace-loving states.”

From time to time Quinting cooperates with other brands, for example they created a watch movement for Dior, the Dior Christal Mystérieuse. They also promise to showcase something very exciting this year in Basel too… 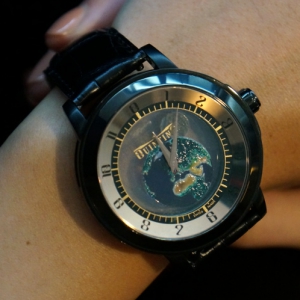 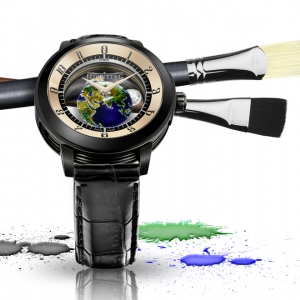 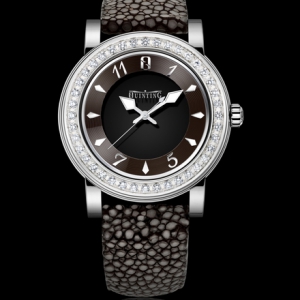 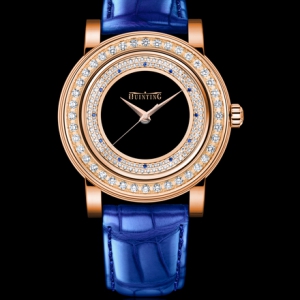 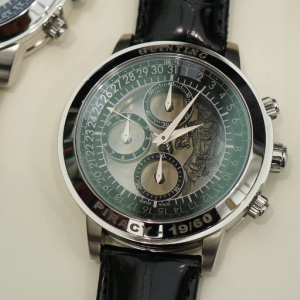 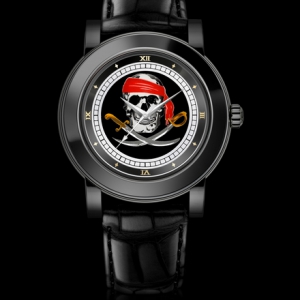 Photo credits: Quinting, Loupiosity.com.
All registered trademarks are property of their respective owners.
All rights reserved.

Bovet Fleurier Orbis Mundi Bovet celebrates the 200th anniversary of the company’s foundation by Eduard Bovet in 1822 this year. The Manufacture will hold boutique events throughout the year in various cities around the globe. At the opening of the event series, they presented Orbis Mundi, a true Bovet world-timer in the Villa Louis-Jeantet in Geneva.Ferdinand Berthoud Chronomètre FB 3SPC This October, Chronométrie Ferdinand Berthoud presents a new model inspired by a historic civil timekeeper of the French post-revolutionary period. The beautiful Chronomètre FB 3SPC forms the third pillar of the brand’s collections.#GPHG2022 The 84 pre-selected watches and 6 clocks of the Grand Prix d’Horlogerie Genève 2022 are competing for the “Aiguille d’Or” Grand Prix or for one of the prizes in the 15 categories that reward contemporary watchmaking excellence.