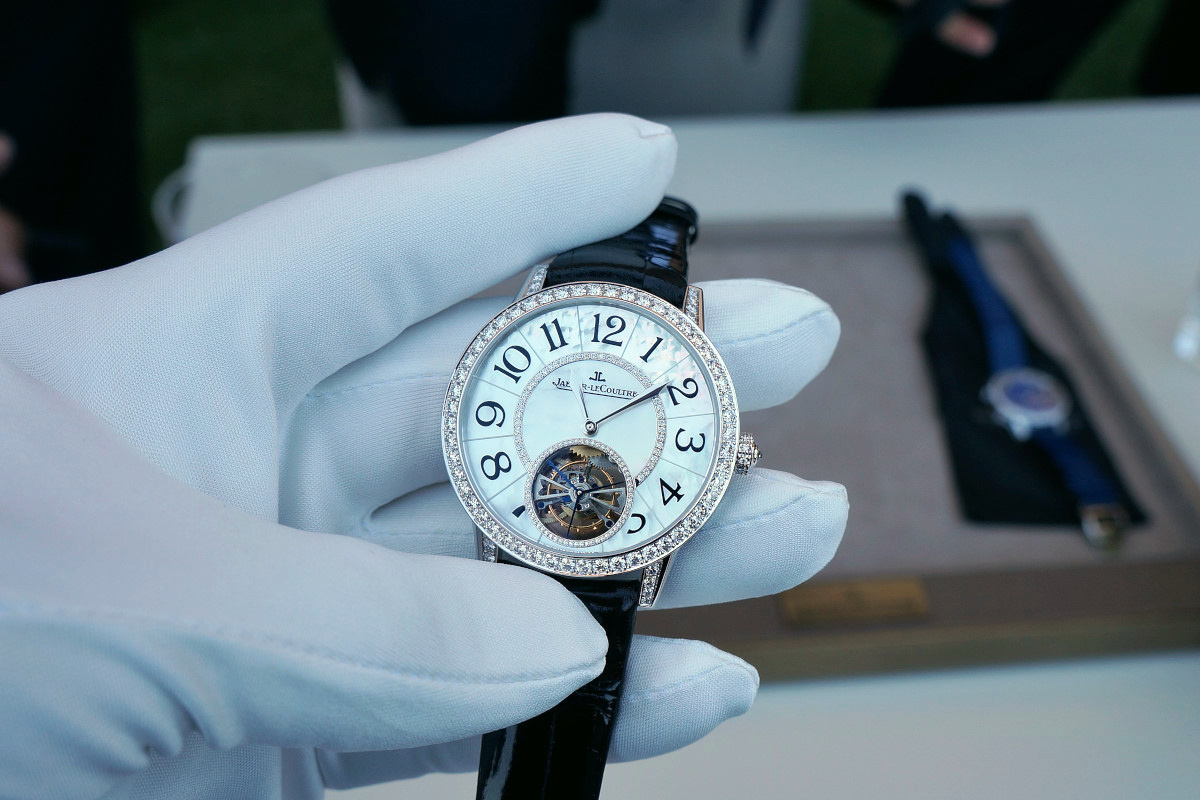 The Abu Dhabi Film Festival was established in 2007 with the intention of bringing selected international films to the region. The goal is not only education and entertainment, but also the encouragement and support of local talent. The ADFF encompasses numerous genres and styles: the public can view short films, documentaries, as well as Arabic and international works.

Jaeger-LeCoultre is a major partner of the festival for the third year running, being an avid supporter of the visual arts, be it photography, contemporary art or movies. The watch manufacture has also maintained partner relations with the Venice International Film Festival for over 10 years and cooperates with the Shanghai International Film Festival, the Film Society of Lincoln Center and has participated in the establishment of the “Fund for Cinema” – dedicated to restoring old films.

Jaeger-LeCoultre introduced the Jubilee collection this year, celebrating the 180 anniversary of the brand’s history. Just how important an event the Abu Dhabi Film Festival – the Middle Eastern station of the manufacture’s Jubilee presentation – is evident from the fact that the brand’s recently appointed CEO Daniel Riedo travelled from the Joux Valley to Abu Dhabi along with several colleagues for the occasion.
It is a rather funny contrast for me to go to a watch showcase in the Middle East. This is the region where I’ve seen the time stand still for weeks, and then jump days ahead – a little like in the movies, when the frames seem to halt to a standstill only for the action to suddenly move along with an elemental force. Here what counts is more the scent of the seconds rather than the deadly precision of their ticking. Nonetheless it is clearly obvious that the circle of those who are passionate about watch collection here is also increasing. Based on what I heard at the Grand Prix d’Horlogerie de Genève workshop, the motivation for these collectors is diverse, but there is an increasing clientele seeking truly exquisite pieces.

Guests of suite 1609 at the Emirates Palace could travel 180 years of watch history courtesy of Jaeger-LeCoultre. The series of exceptional pieces was opened by Antoine LeCoultre’s movement with a lever winding system from 1847 that was placed in a glass case directly in front of the entrance. With this piece LeCoultre liberated watch wearers from the winding key once and for all.  Next to it was the first automatic alarm watch, the Memovox from 1956, as well as one of the first models from the hugely popular Reverso collection from 1931- that was originally created for British polo players and features a swivel-case. 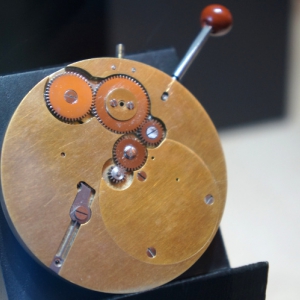 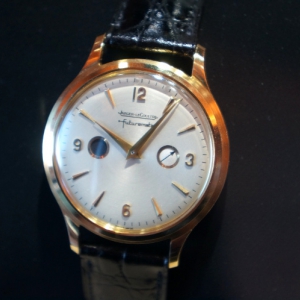 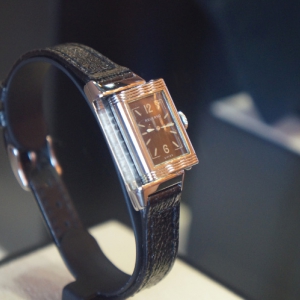 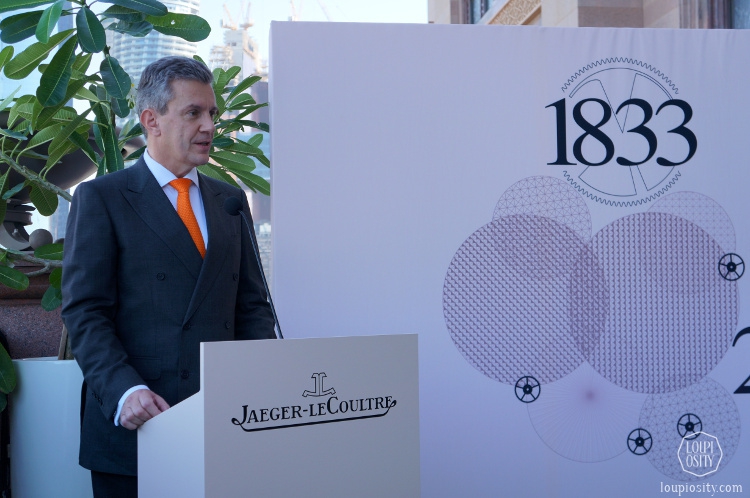 Following Daniel Riedo’s opening we could view the pieces in the nice weather of the Emirates in natural light.

JLC loves women: their complicated mechanical watches specifically designed for women are technical and aesthetic feats. The Rendez-Vous Celestial opens a window to the stars of the sky and shows the current constellations. The star travelling on the edge of the watch-face can be set to the time of the next rendez-vous with the second crown. The illusion of the night sky is further enforced by the series of diamonds sparkling along the bezel and the buckle.

The Rendez-Vous Tourbillon features one of the most beautiful tourbillons that I’ve seen on a women’s watch. The mother-of-pearl face and the ice-cold diamonds all draw the eye to the regulator positioned at 6 o’clock, and captivate the eye for long seconds. The large Arabic numerals are clearly visible in all conditions, making the excuse ”oh, I missed the time” difficult to believe.

We can also find two novelties in the Reverso collection. A 1936 model inspired the Reverso Cordonnet Duetto jewel watch, set with 1251 diamonds, totalling 7.5ct. The cordlet-style bracelet gently conforming to the wrist is reminiscent of the Art Deco movement of the 1930s. Typical of the Reverso, the timepiece has two faces: one side of the reversible watch body has a blue lapis lazuli, the other white mother-of-pearl face in a grained setting window.

The Grande Reverso Lady Ultra Thin Neva is also a visual masterpiece. The 1500 diamonds used have been set with a so-called snow-setting technique, thus by closely positioning small and larger diamonds next to each other, the metal is virtually completely hidden. 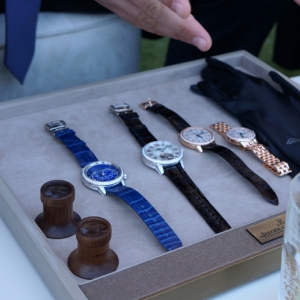 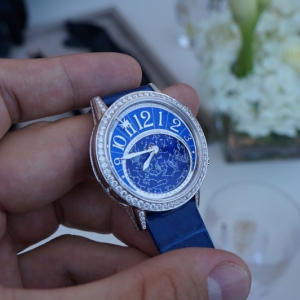 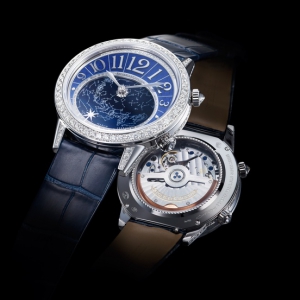 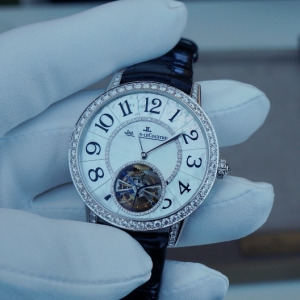 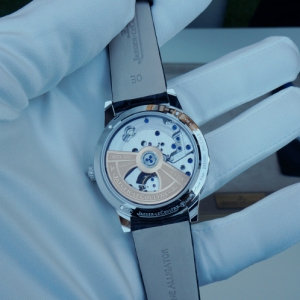 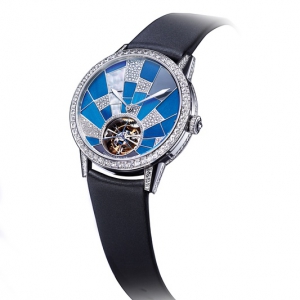 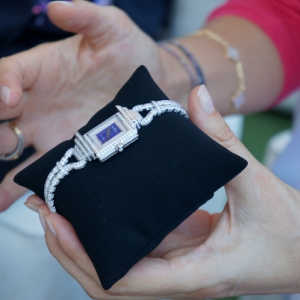 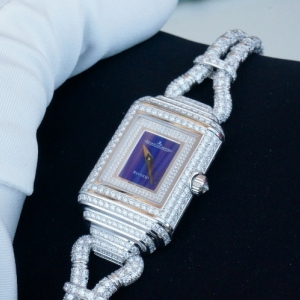 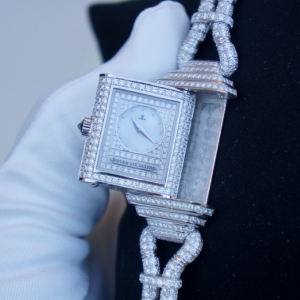 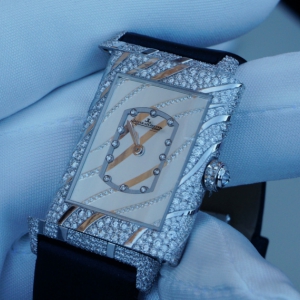 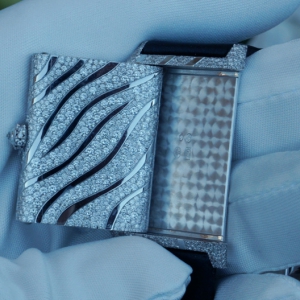 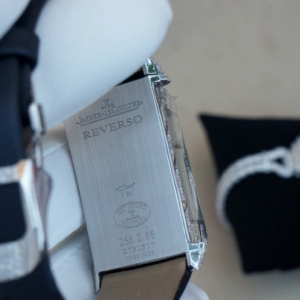 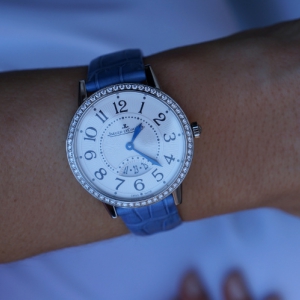 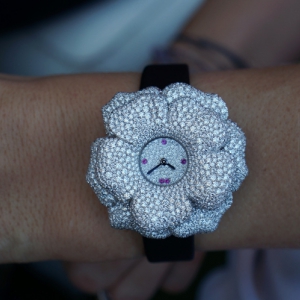 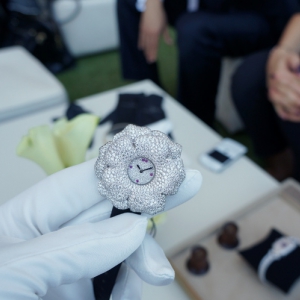 The Best Actor and Actress award winners of the festival receive two unique engraved Reverso watches in the Narrative Competition. 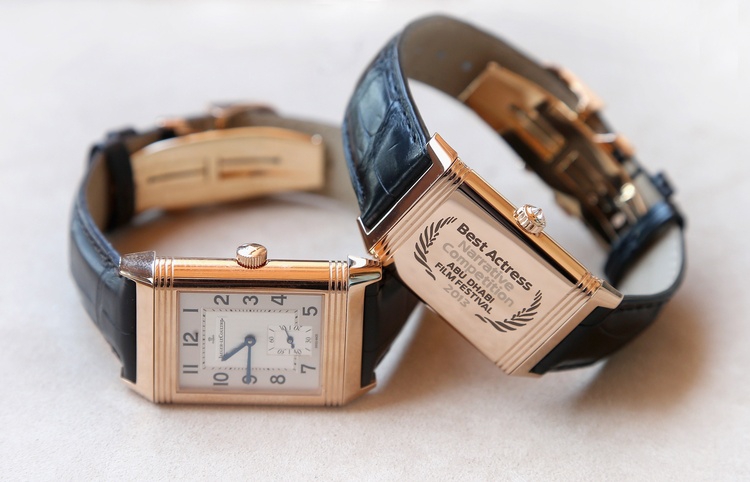 Jaeger-LeCoultre showcased the Jubilee collection at the Abu Dhabi Film Festival. Please click here for a closer look in Part 2.

Paris+ par Art Basel Paris+, by Art Basel is the newest fair for Modern and contemporary art, taking place October 20-23, 2022 in the French capital.#GPHG2020 The 84 pre-selected watches of the GPHG2020 are competing for the "Aiguille d’Or" Grand Prix or for one of the prizes in the 14 categories that reward contemporary watchmaking excellence.'Details: Genealogies of Ornament' - Homo Faber 2022 The ‘Details: Genealogies of Ornament’ is set in the Nautical School area at Fondazione Giorgio Cini. It is one of 15 exhibitions that comprise the Homo Faber Event 2022, organised by the Michelangelo Foundation.