Posted by Eszter on 16th May 2013 in Events, Fine Watchmaking
Tags: Baselworld 2013, Corum 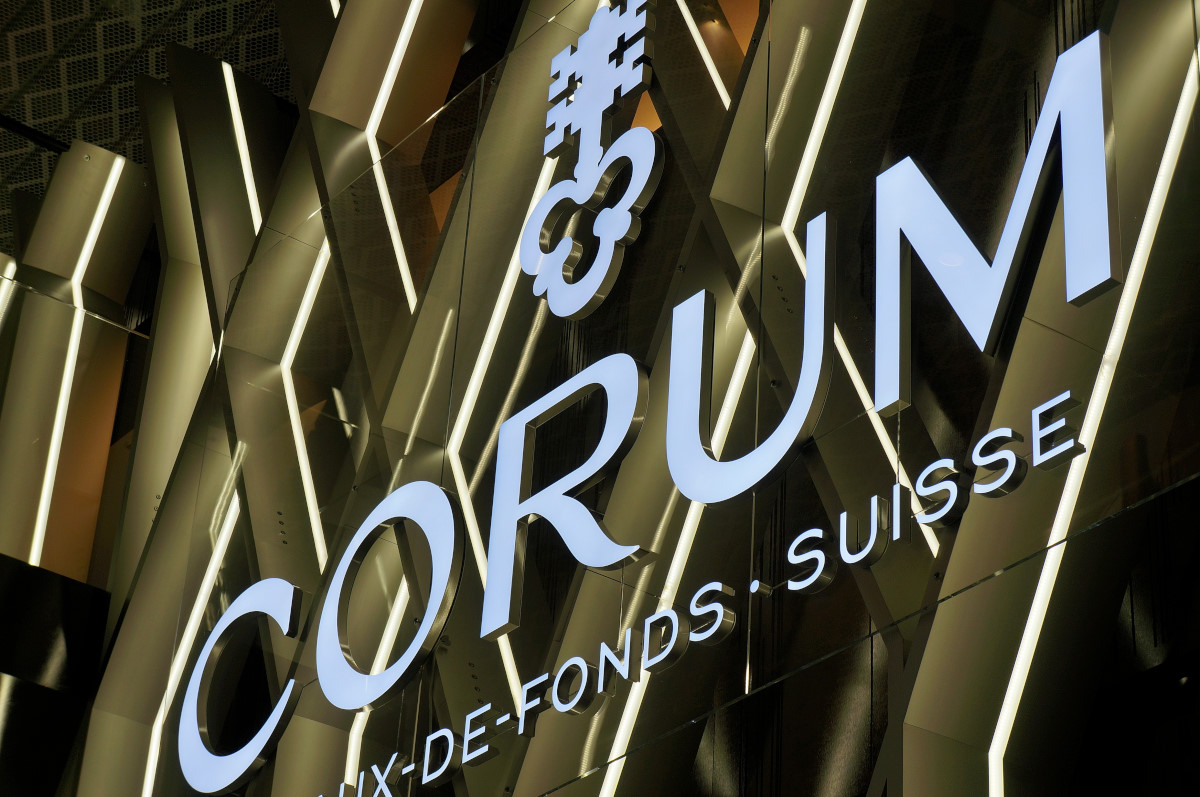 The founder of the brand, René Bannwart originate the brand name from an interesting concept. The Latin word quorum means „whose, of whom”.  The word was already in use in the societies of the Antiquity (for example in the democracy of Athens) and carries the following meaning: the minimum group of members in an organization large enough to make a decision.

René Bannwart simplified this word to Corum. The brand logo: a key pointing towards the sky, symbolises innovation, the desire to conquer new territories and the ability to solve mysteries.

Corum prepared for the 2013 Baselworld show not only with a brand new booth but with the novelties from its two key collections. Antonio Calce (CEO) presented the new pieces from the Admiral’s Cup collection: the AC-One45 Regatta with a patented Regatta function (before the first regatta sound signal, the countdown is programmed via the crown to the number of minutes set by the regatta criteria at between 0 and 10 minutes, and then it starts running at a press on the push button); the AC-One 45 Chronograph and the Legend 38 Chronograph, which is an athletic, yet elegant female version set with diamonds.

The Golden Bridge Automatic from the iconic Bridge collection has a baguette-shaped movement, while the back and the sides are transparent. When the watch is not being worn, the entire movement is transparent, and it becomes opaque when strapped onto the wrist. The secret behind this spectacular solution is a two-part sapphire dial featuring a metallic striped motif.

The new Ti-Bridge model has an innovative winding system, which is based on two interdependent in-line oscillating weights. With the aid of this, the familiar Ti-Bridge-t could be fitted with an automatic movement, resulting the Ti-Bridge Automatic Dual Winder. The watchmakers stayed true to the foundations of the collection: in the horizontal linearity of both the case and the movement. Thanks to three integrated stacked mechanisms at 9 o’clock – a ball bearing device and two unidirectional ball bearings clutches – the winding is efficient in both directions of the oscillating weights’ rotations. Two steel disks top each of the oscillating weights, while two 1.32-gram tungsten semi-cylinders ensure smooth winding. A single barrel placed at 3 o’clock stores up the CO 207 calibre’s 72 hour power reserve.

For the first time, the Ti-Bridge line also includes a female model. The Ti-Bridge Lady has a titanium hand-wound mechanical baguette movement with 72 hour power reserve. The watch is sophisticated in appearance with a white ceramic case and white alligator strap. The case is adorned with mother-of-pearl and diamonds. 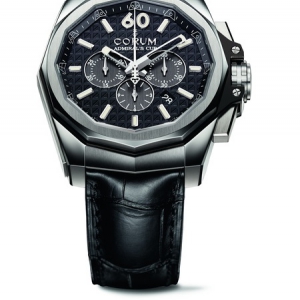 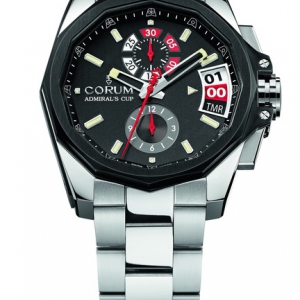 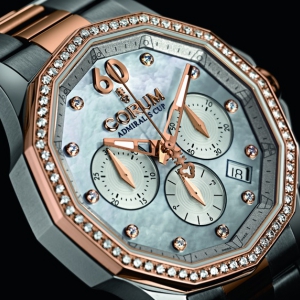 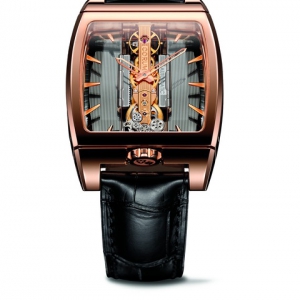 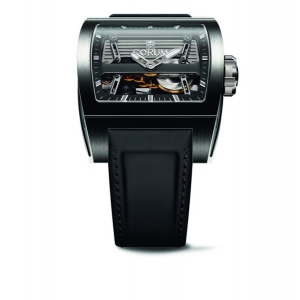 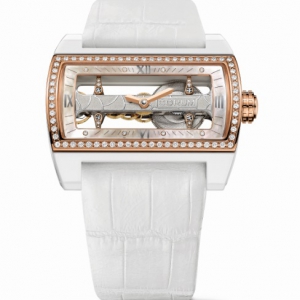 Photo credits: Corum, Loupiosity.com.
All registered trademarks are property of their respective owners.
All rights reserved.

H.Moser & Cie. - erase the brand to sublimate the creation All new launches of H. Moser & Cie. at the Watches & Wonders 2021 embody the daring concept of removing the branding from the watch face and playing with the distinctive design codes instead. Follow our super-subjective thoughts on the new releases.Greubel Forsey at Dubai Watch Week 2021 Greubel Forsey recently revealed their latest project the ‘Renaissance d'une Montre’ which will be instituted in 2023 and which is destined to provide some of their timepieces with a second life. Beside the introduction of this project the manufacture brought a new timepiece to the Dubai Watch Week - the Balancier S2CODE 11.59 by Audemars Piguet Challenge, Own, Dare, Evolve - Audemars Piguet kicked off their largest product launch since the seventies at the SIHH 2019. Representing the last minute of the wait before the day of a new challenge, CODE 11.59 brings a formerly unseen shape and anticipated movements into the AP portfolio. We looked behind the collection.