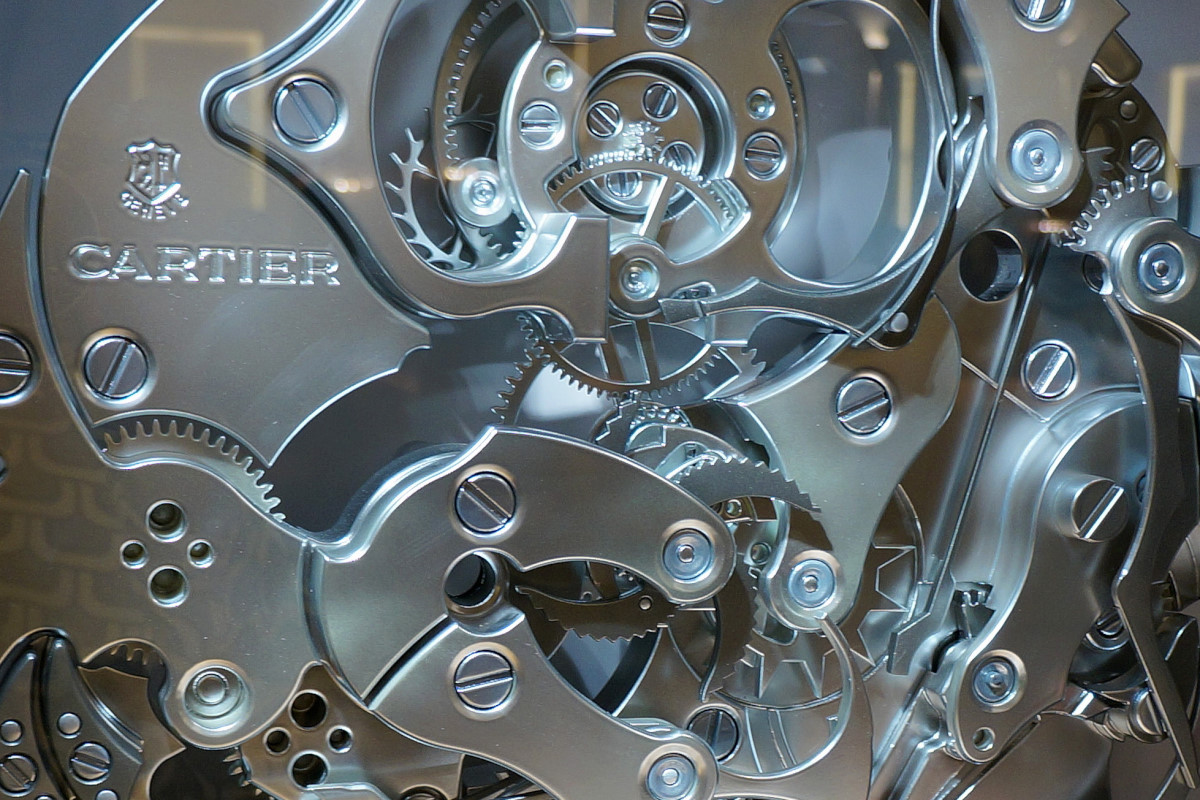 Cartier has been participating at the Salon International de la Haute Horlogerie every year since 1991 and is one of the five founding members. True to tradition, the brand’s presence is very impressive, an exhibition and the press launches are located within the deep burgundy and black hall. The cream and brown area fitted with red carpets welcomes international retailers and the brand representatives. One of the walls is adorned with the sumptuous picture of the limited edition Panther with granulation, Rotonde de Cartier watch; leaving no doubt that this year once again the venue holds exciting pieces for the brand’s fans…

Cartier thought of the ladies too, the breathtaking jewel watches of the Heures Fabuleuses collection bring a fairy tale fantasy world to life; the pieces include for example a turtle hiding a watch in its shell, peacock and snake watches which can be transformed into brooches, a pocket-watch on a chain featuring an elephant and a necklace with two parrots which hides a miniature watch.

The uniquely shaped Crash watch was created in London in 1967, the shape of which is reminiscent of the watches depicted on Salvador Dalí’s painting entitled The Persistence of Memory (1931). According to the legend an oval Cartier watch was distorted during a car crash, and upon seeing this, Jean-Jacques Cartier created a new shape. The iconic piece returns with four new limited editions this year; there are 267 numbered editions in white and pink gold, and 67 numbered editions where the straps are also set with diamonds (also in white and pink gold).

The Calibre de Cartier watch was first issued in 2010 with robust lines and a masculine appearance. In 2013 it received a brand new Manufacture chronograph movement, the calibre 1904-CH MC. The watch’s exterior has also changed somewhat, but it retains its powerful character and masculine charm. The 2 counters at 3 and 9 o’clock balance the oversized XII numeral. The chronograph’s precise system is visible on the back of the watch thanks to the openwork of the upper bridge. The load-bear and durability of the watch is also ensured by the fact that the calibre 1904-CH MC is fitted with a ceramic ball-bearing system situated at the centre of the rotor.

The Rotonde de Cartier perpetual calendar chronograph watch, available in a 42 mm diameter white or pink gold version, has a special calendar. It is able to correct the irregularities of the Gregorian calendar. The complex mechanism contains the wheel that completes one revolution every four years, with 48 indentations of varying depths on its circumference that indicate, via a feeler, whether the current month comprises 30, 31, 28 or 29 days.

The limited edition alligator strap Ballon Bleu de Cartier tourbillon with a double jumping second time zone is the watch of the most sophisticated travellers. White or pink gold, it has extremely nice proportions, there are two jumping hour counters on its skeletonised dial for two different time zones. There is a push button located at 10 o’clock whereby the indicator of the second time zone can be changed. The mechanical structure working in the watch, which has been awarded the Geneva Seal, has manual winding (9456 MC calibre) and is regulated by a flying tourbillon, the carriage of which shapes a letter “C”. The crown is a blue sapphire cabochon in a gold bubble that is in great harmony with the blue steel hands of the watch. The 46 mm watch is at once elegant and avant-garde and is a harmonizing composition of various surfaces and Arabic and Roman numerals.

Maurice Couet, a watchmaking talent who in 1911 became Cartier’s exclusive supplier, created Model A, the famous mystery clock in 1912. In 1920 the movement was developed further and the dual shaft, which turned the transparent discs, was exchanged to a single shaft mechanism debuting first in the “central axis” clock, then in the famous Portique mystery clocks in 1923. The clocks appeared on the tables of nobles and royalties of the era. One hundred years later at the SIHH 2013 in Geneva, Cartier revealed two unique mystery clock pieces with identical 8-day mechanical movements, but different material selections. One reflects the shades of the white quartz body and the diamond chips on the mother-of-pearl inlay. The second is made of silver sheen obsidian and brilliant-cut diamonds on obsidian marquetry. The hands are two diamond comets on the transparent discs.

Cartier introduced two mystery wrist watches at the exhibition. The Rotonde De Cartier Mysterious Double Tourbillon Watch equipped with the 9454 MC Mysterious Double Tourbillon movement has received the Geneva Seal. The tourbillion floats in the central transparent space, turning around its own axis every 60 seconds, whilst performing a complete rotation in its universe every 5 minutes. The hour and minute hands travel their eternal journey on the large transparent sapphire crystal discs in the Rotonde De Cartier Mysterious Hours Watch. The clean pond of the hands is cuddled up by the complex 9981 MC movement laid in a crescent shape. 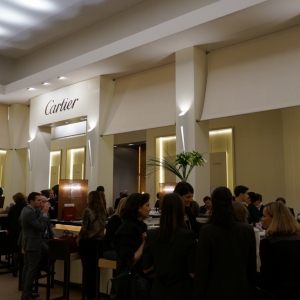 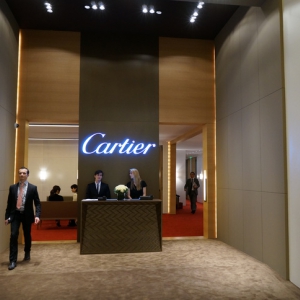 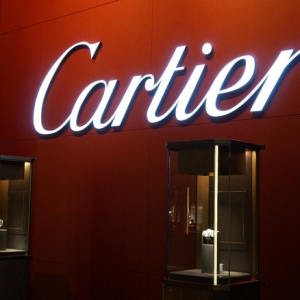 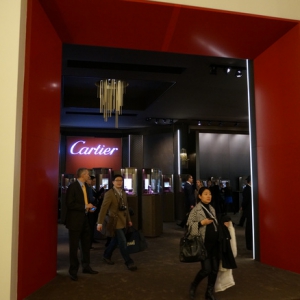 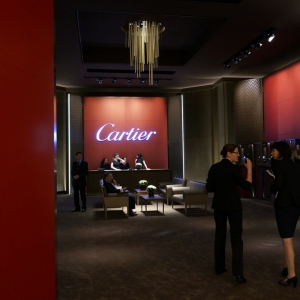 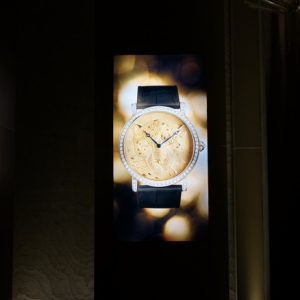 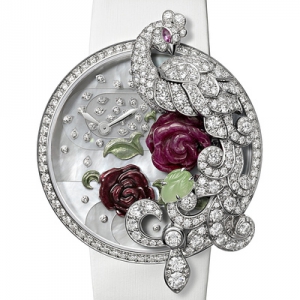 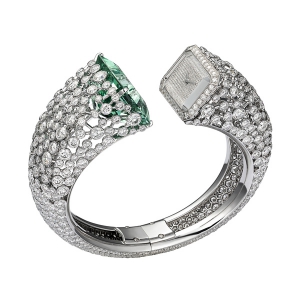 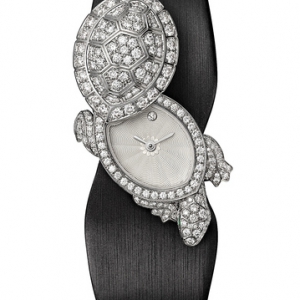 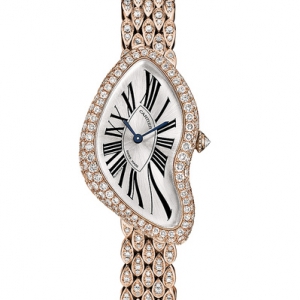 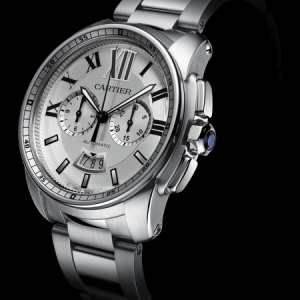 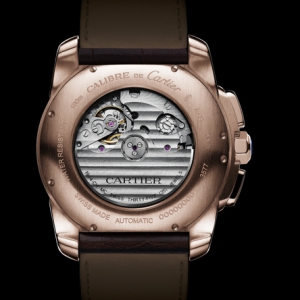 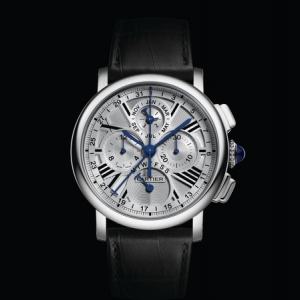 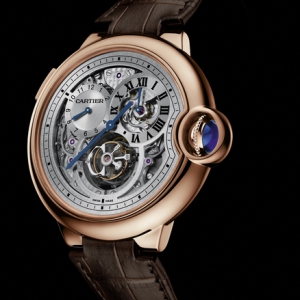 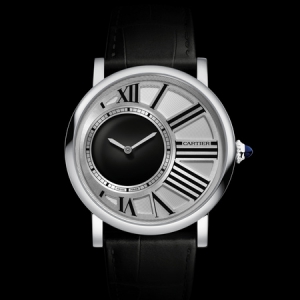 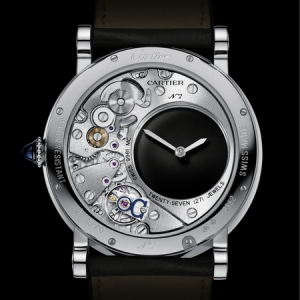 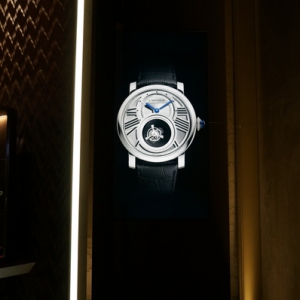 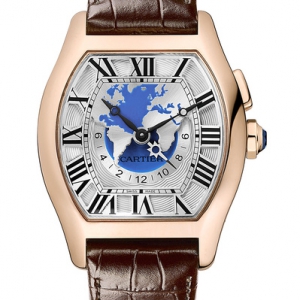 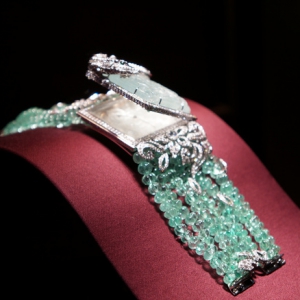 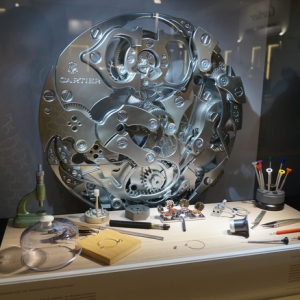 Cartier Métiers d'Art - Watches & Wonders The Cartier artisans in La Chaux-de-Fonds every year reveal new ‘Métiers d’Art’ watches, using very special techniques and showcasing different reinterpretations of the panther - the emblematic animal of the Maison.Panthère de Cartier collection This September Cartier presents new jewels in the Panthère de Cartier collection - necklaces, bracelets and rings in highly articulated sculptural creations.Cartier Tank Française 2023 The Cartier Tank Française watch is back in the limelight - a new collection was just released, alongside with the Maison’s latest campaign film dedicated to the re-launch of the watch.