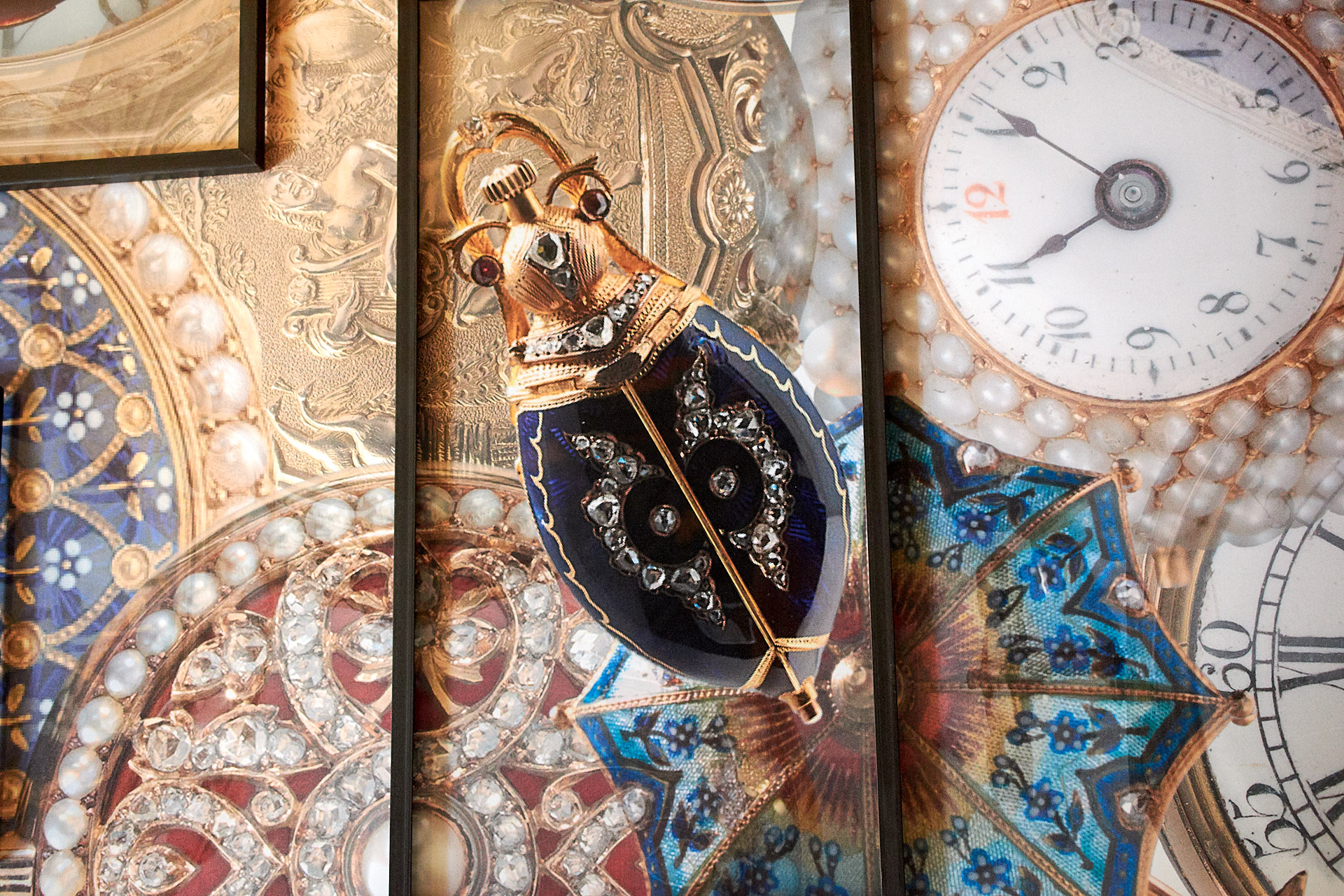 In the last few years I have been visiting TEFAF Maastricht religiously. Attending the gripping event also gives me a good opportunity to discover other exhibitions and museums in the region. It’s not an easy choice though, as the Benelux countries, the Rhine area and Scandinavia are full of medieval cities, which treat their cultural heritage outstandingly well. Ever wondered why Amsterdam, Gent, Antwerp, Brussels, Liège, Luxemburg, Aachen, Cologne or Düsseldorf offer so many high quality art events?

Beyond the highlights that everyone knows, I like to find smaller hidden gems. Have you heard about the largest museum for bags and purses, for example? It happens to be in Amsterdam and it’s well worth a visit.

Recently I discovered one of Amsterdam’s most beautiful canal-side houses, the Cromhouthuis. The current collectors’ house used to belong to the Cromhout family (among other buildings on the Herengracht) in the 17-18th centuries. They were avid art lovers and collectors. The museum today gives a glimpse into the life and story of the family, their traditions and personal objects as well as great art pieces of the era.

The originally Protestant Cromhout dynasty was part of Amsterdam’s high society. Jacob Cromhout (1608-1669) was a merchant and commissioned the architect Philips Vingboons in 1660-1662 to build a row of four houses on the Herengracht at the Huidenstraatbuilt in the Dutch Classicist style. The family later converted to Catholicism, which deprived them of many privileges. Due to the strict social conventions of the time even the options for marriage became limited. Nevertheless, the Cromhouts finally managed to marry into the international Catholic nobility.

The museum also organises temporary exhibitions – interestingly, the one on display this time was about special vintage watches.

Although we see an increasing number of female collectors today, it is still not too common. Knowing that for a long time it was not appropriate for a lady to deal with time as such, it is rather surprising to learn about a female watch collector from the mid-19th century. This exhibition (open until 2 April, 2018) introduces the 130 exquisite items once owned by Sophia Lopez Suasso-de Bruijn. 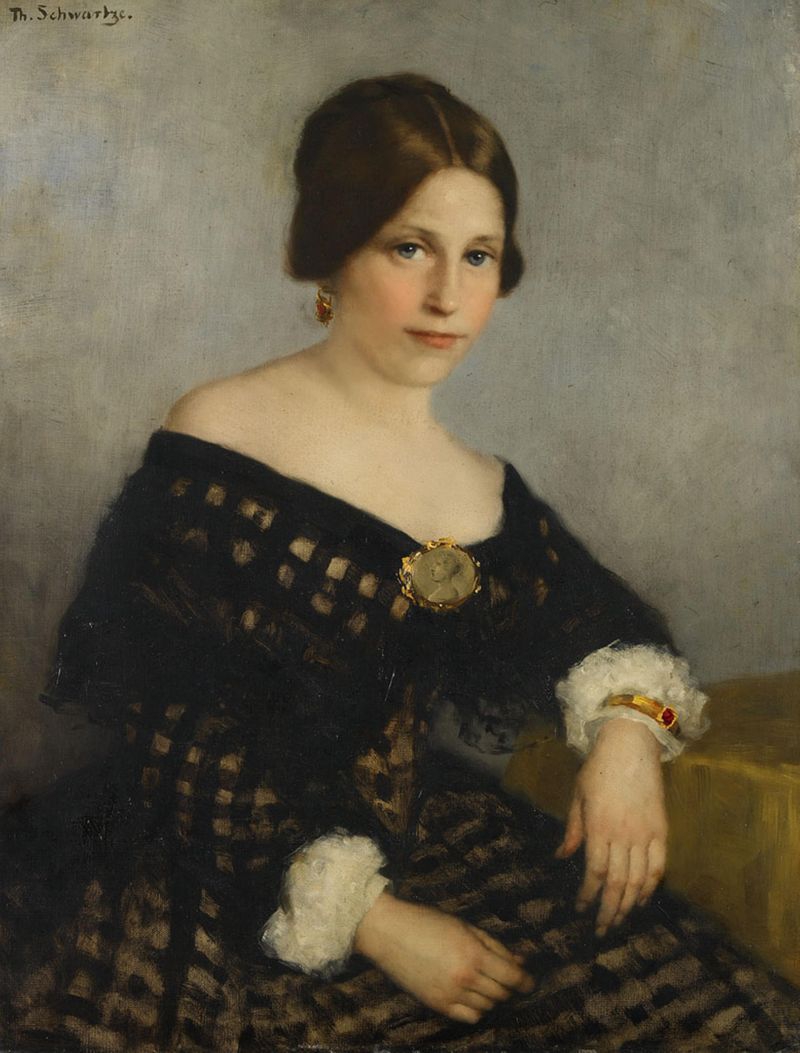 Sophia Adriana de Bruijn (Amsterdam, 21 January 1816 – Amsterdam, 4 March 1890 ) came from a South-Netherland family. She married a nobleman Augustus Pieter Lopez Suasso (1804-1877) in 1860, a member of the Portuguese-Jewish family Lopes Suasso. They loved to travel together and discover and acquire precious objects including sculptures, medals and coins, books and costumes.

After the death of her husband Sophia was named as a ‘douairière’ or dowager. She continued to collect mainly watches and jewellery and she remained a regular customer of jeweller H. Martens on Amsterdam’s Rokin. In her will she left her house on the Kloveniersburgwal and her art collection to the municipality of Amsterdam. 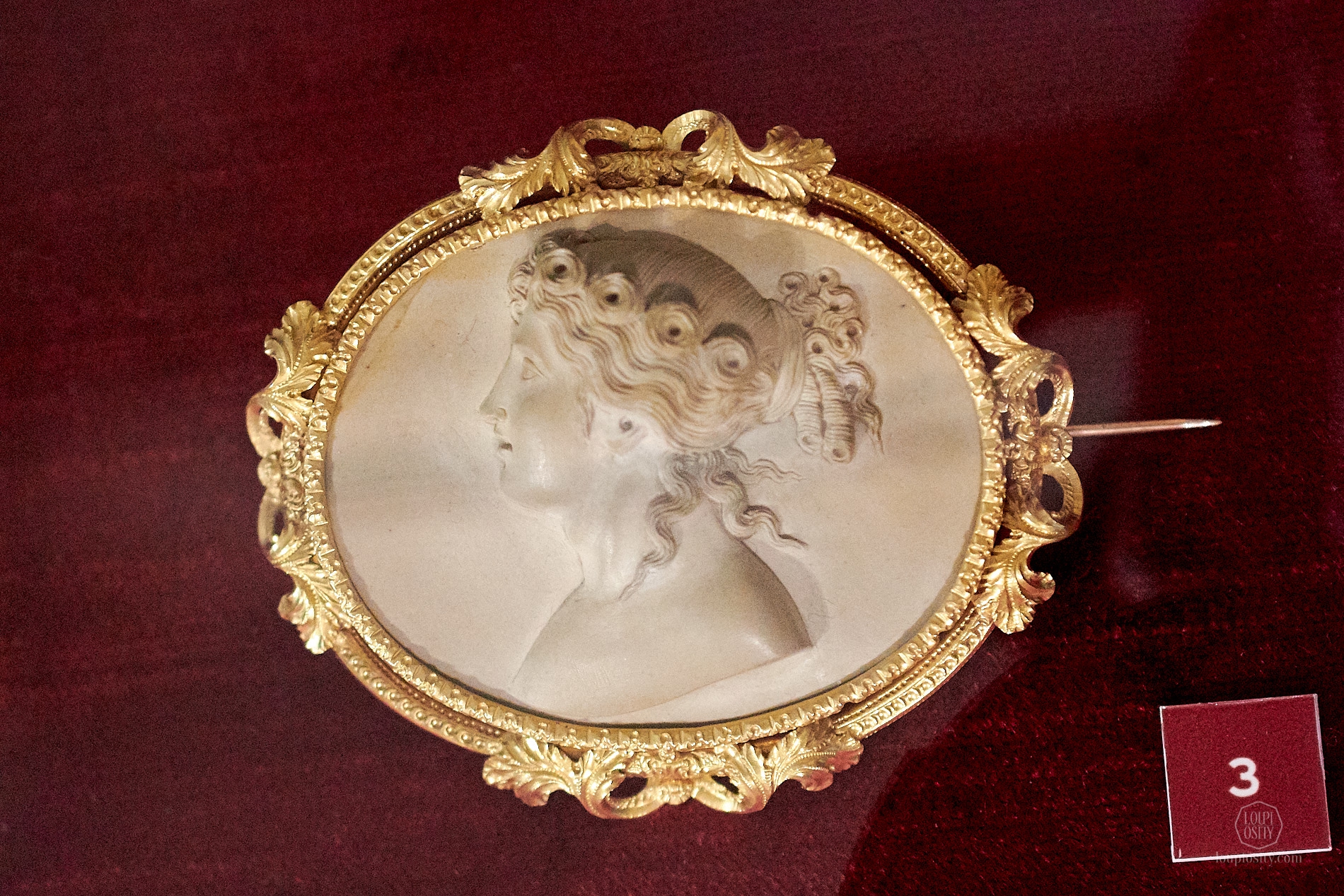 Sophia had a soft spot for petite women’s watches hidden inside beautiful bracelets, brooches or necklaces. She owned fabulous timepieces in forms of animals, flowers and musical instruments. We don’t know exactly how educated she was about watchmaking but she was keen to find interesting pieces from Switzerland, France or London.

Many of her pocket watches are decorated with enamel, some of them by the important masters of the time, like the Huaud brothers, Pierre (1647-1696) and Jean-Pierre (1655-1723) and Ami (1657-1724), descendants of a French protestant family that emigrated to Geneva in 1630. They were well-known enamel painters of the time trained by their father, Pierre I. 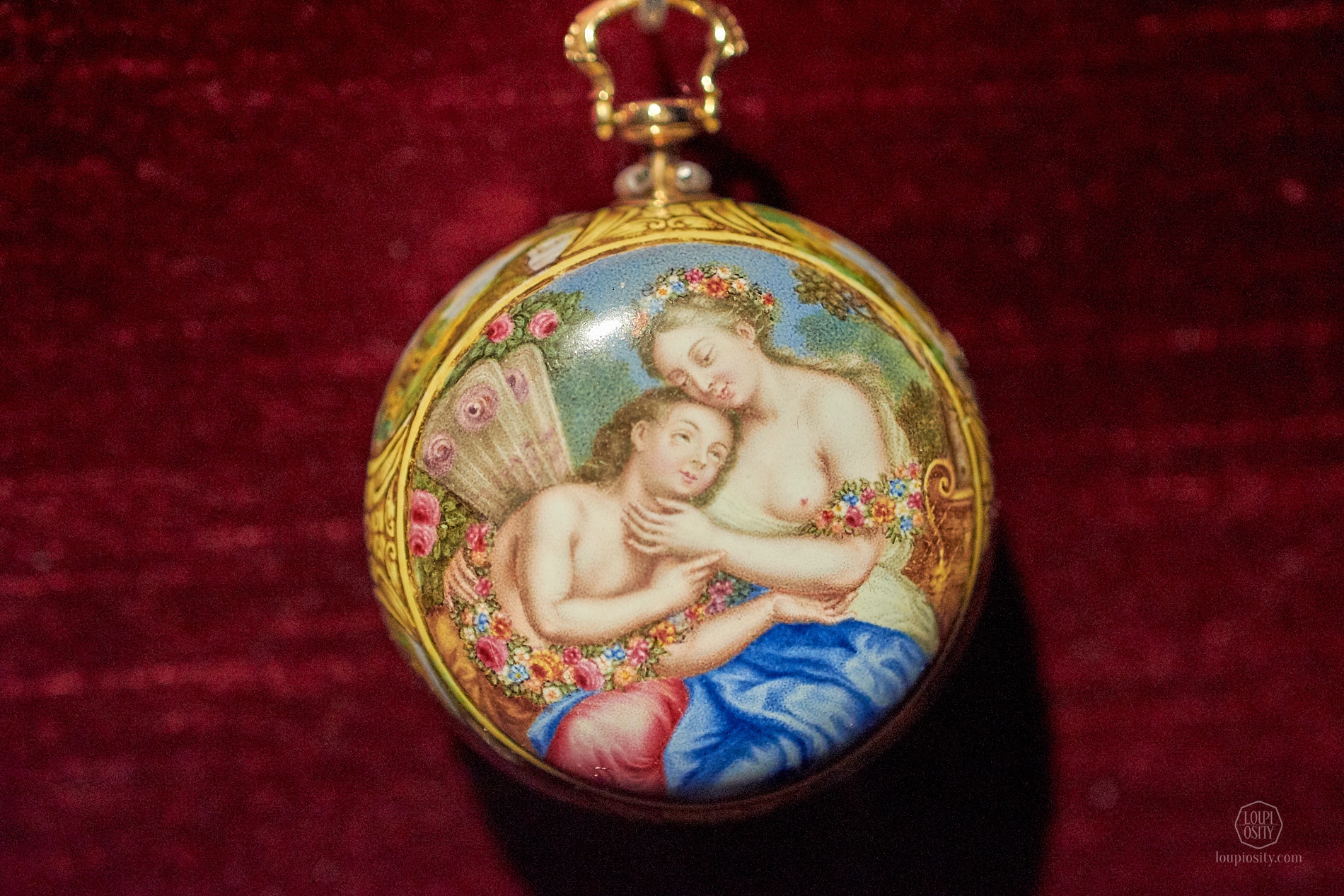 Names that sound familiar today can be recognised on pieces in Sophia’s collection. For instance, Dubois et Fils the origins of which dates back to 1785. The movement of this butterfly shaped watch with matching serpentine chatelaine was signed by Dubois et Fils. It was made in Le Locle, c. 1870.

Not much time to left, but if you happen to be in Amsterdam until 2 April, 2018, it’s definitely worth seeing it. 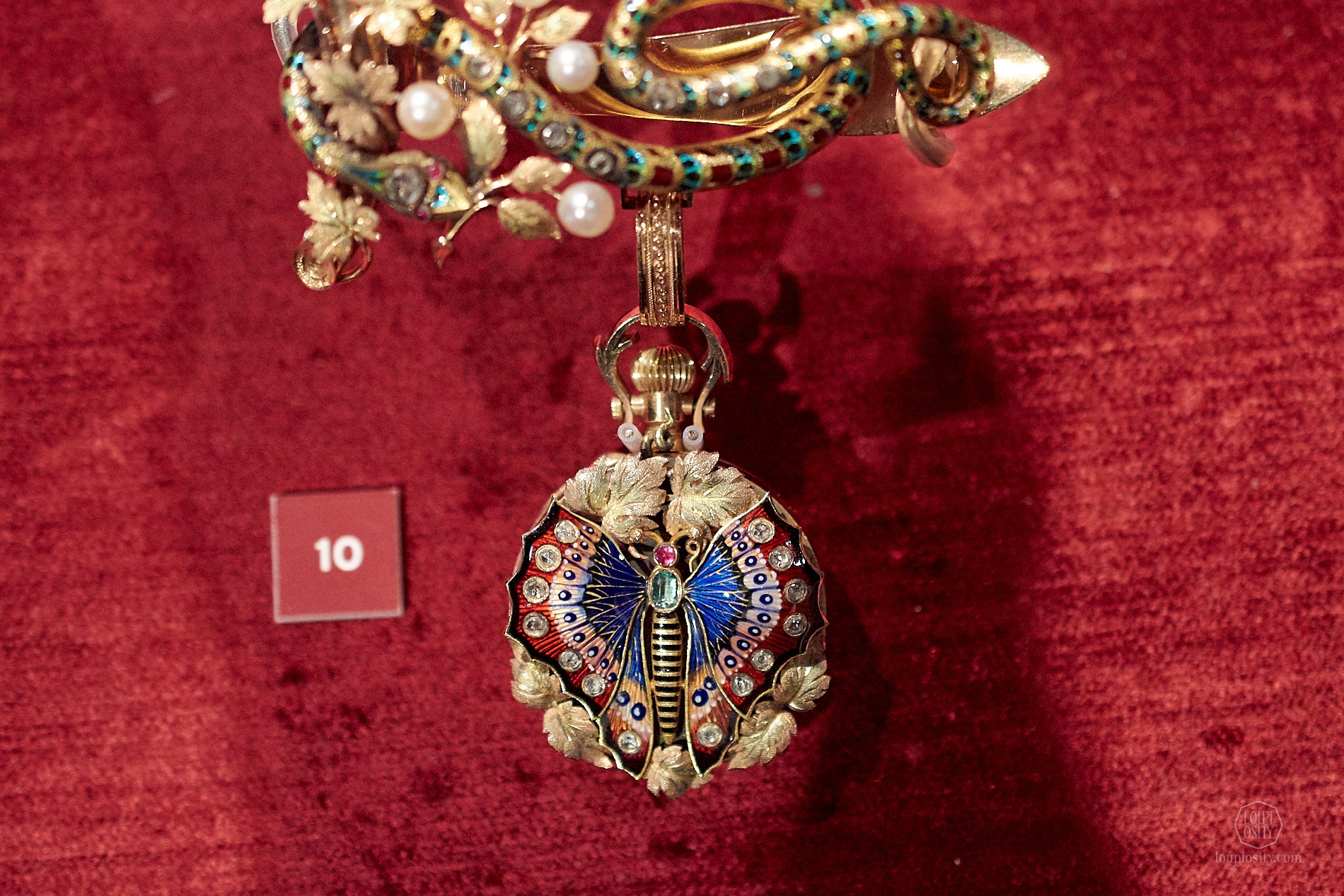 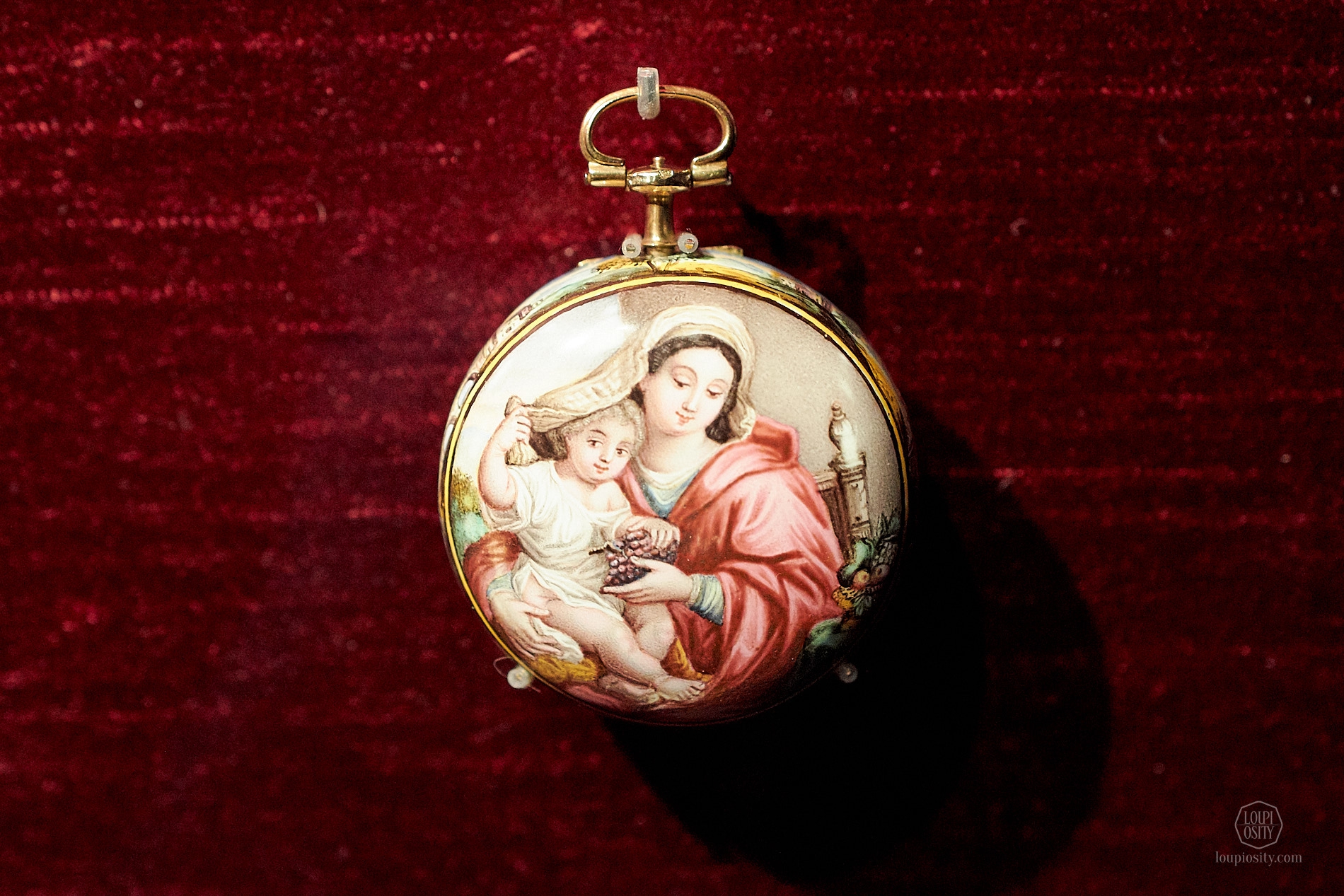 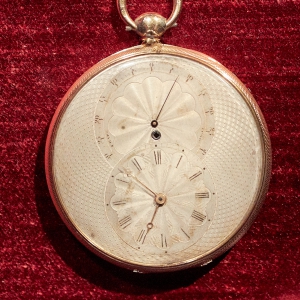 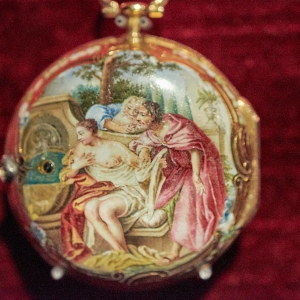 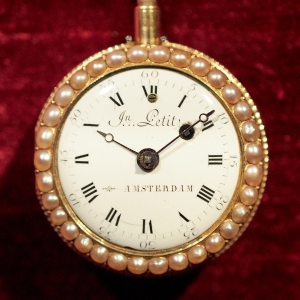 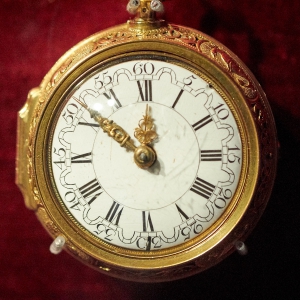 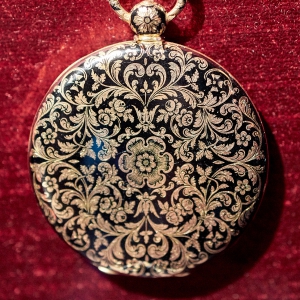 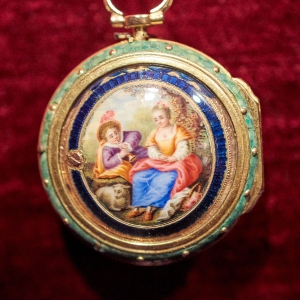 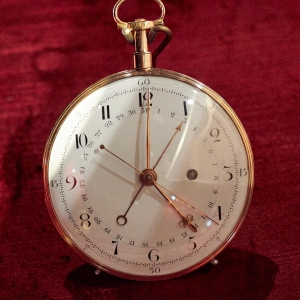 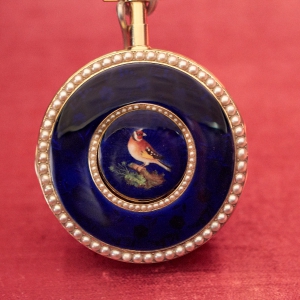 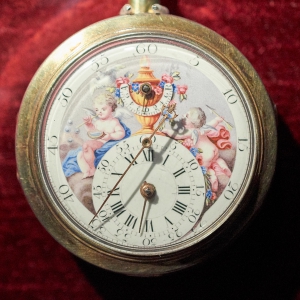 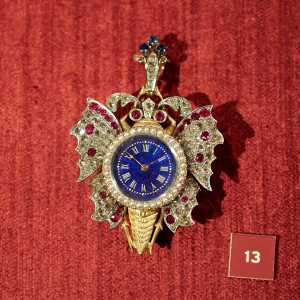 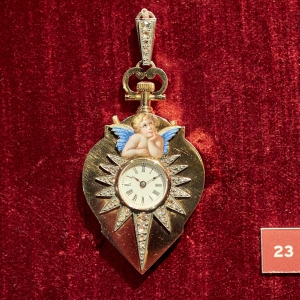 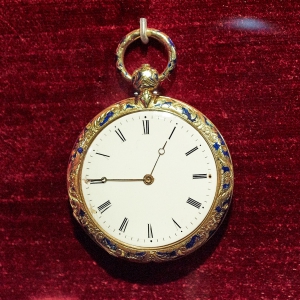 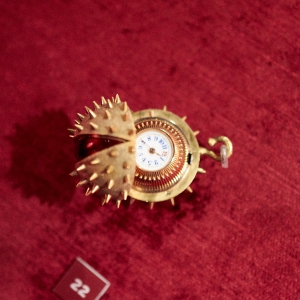 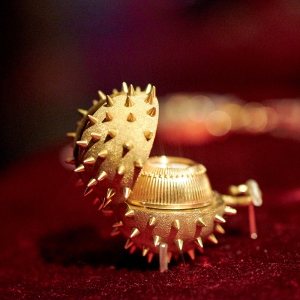 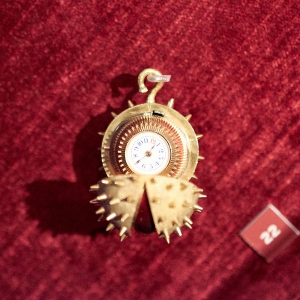 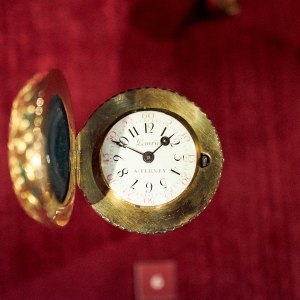 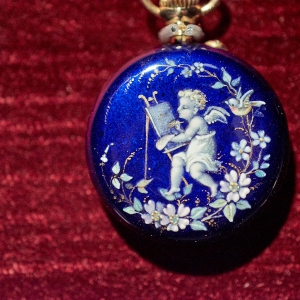 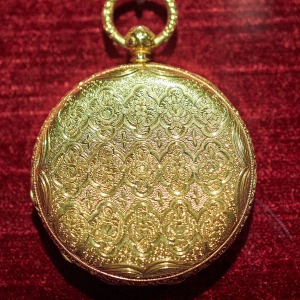 Summer in Paris To soothe our covid-battered soul, the City of Lights has prepared an abundance of events this summer. From the hundreds of exhibitions, boutique openings and cultural programmes in Paris I selected a few for my long weekend. Check them out if you fancy a recharge in the French capital. Engraved Gems at L’École, School of Jewelry Arts This June we are finally back to Paris - first of all to participate in the Révélations 2022 but of course there is always so much to discover there. Among other exciting events, we visited the Engraved Gems exhibition at L’École, School of Jewelry Arts just around the corner from Place Vendôme.The OAK Collection exhibition On 19 May, 162 vintage and contemporary museum-quality watches of the OAK Collection embark on a four-stop exhibition world tour from the London Design Museum (19-25 May). We sum up the 11 exhibition chapters and give you updates as we participate in the pre-opening ceremony on 18 May.