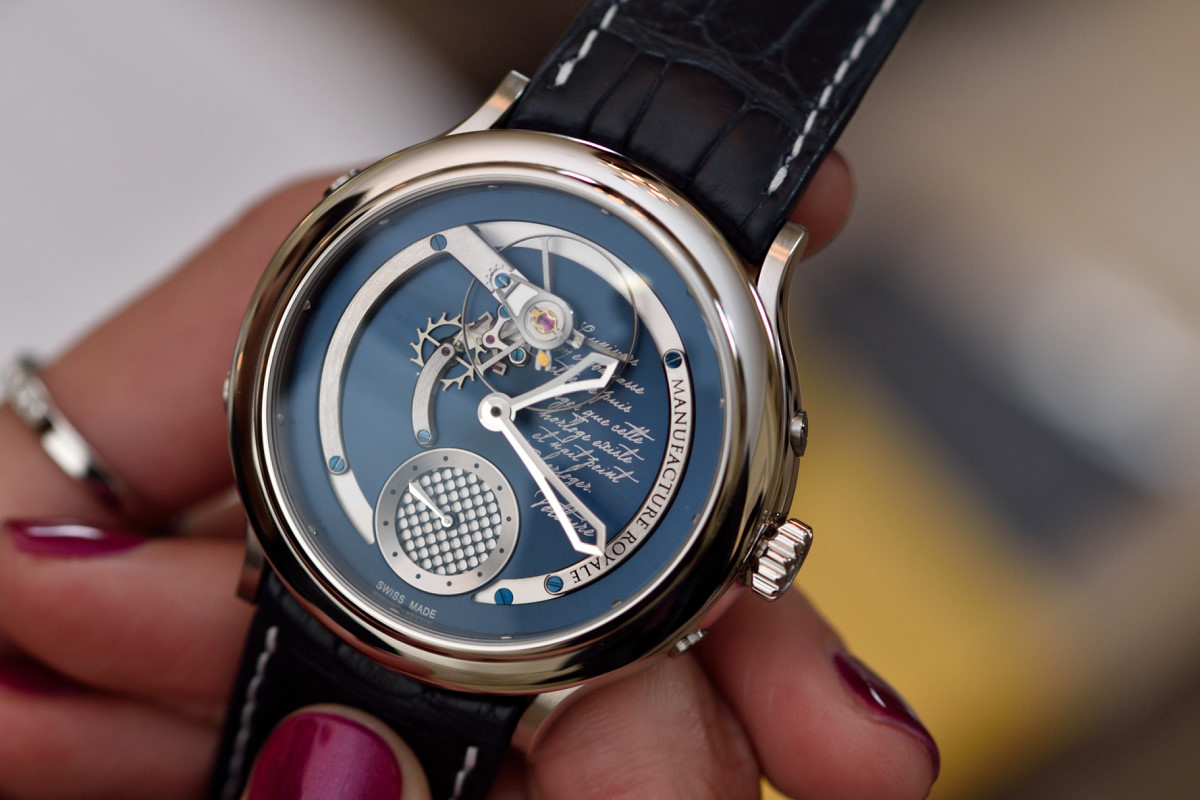 Since 2010 – when the brand started its new era – Manufacture Royale has produced nicely finished but extravagant, very recognisable timepieces or even like-or-hate watches such as the Androgyne or the Opera collection. I think Voltaire would approve!

The company’s intention is to encapsulate the free spirit of the genius in each piece and let him revive in these wearable contemporary objects of art. As they describe: “Opting for a royal attitude while dealing with the normal chores of daily life”.

In 2014 the brand presented the 1770 collection. The philosopher-provocateur was also a successful businessman and he welcomed the disenfranchised Protestant watchmakers who were leaving Geneva. With them Voltaire brought alive a manufacture at his Ferney estate in 1770, hence the name of the line. The 1770 Tourbillon is designed by Eric Giroud (he is responsible for other great watch design, such as Badollet’s Ivresse, Opus 9 and 11 by Harry Winston or Legacy Machine for MB&F).

Last year we showed you two of our favourites: the Androgyne “Origine”, 45 in black PVD-coated stainless steel and the 1770 in rose gold with the tourbillon at 7 o’clock and the two sword-shaped hands. It has diamond set versions that look feminine yet characteristic.

This January we visited the Crownology Lab having an Imperial Household at the Hotel Beau Rivage. Manufacture Royale ruled here together with Louis Moinet. 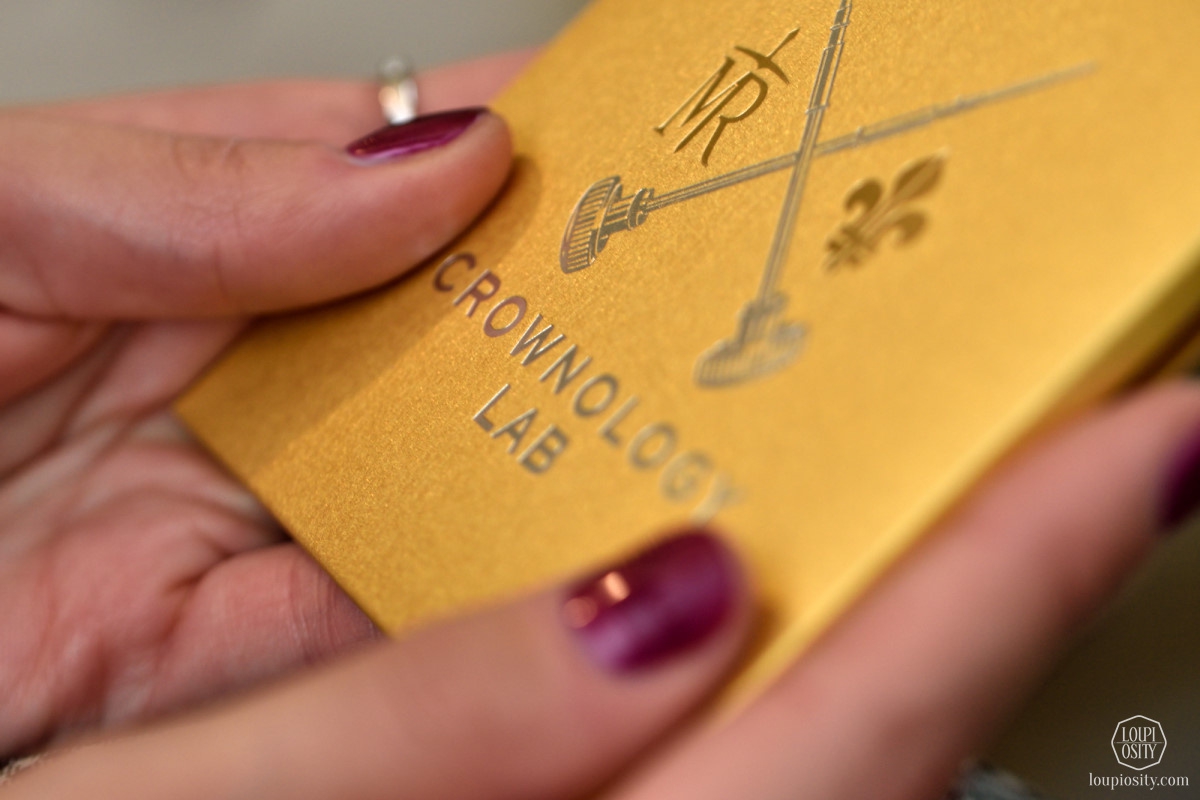 The 1770 Voltige Black Feather (Plume Noire) debuted here, and the company has drawn inspiration from the memorable struggle of two great philosophers, Rousseau and Voltaire.

To hold a pen is to be at war – wrote Voltaire (originally François-Marie Arouet, 1694-1778) in a letter to Jeanne-Grâce Bosc du Bouchet in 1748. Despite the critics and the censorship of his works, whatever was banned, became even more valuable.
Voltaire believed that through education, rationality and reason man could separate himself from the beasts. Jean-Jacques Rousseau (1712-1778) “made the bold claim that modernity and civilisation are not improvements; they’ve dragged us from a primitive state of innocence and happiness”. The central claim of Rousseau’s work is that human beings are basically good by nature, but were corrupted by the complex historical events that resulted in present day civil society. Rousseau sent Voltaire a copy of his “The Social Contract” and Voltaire’s reply was far from flattering. They challenged each other in many topics, even the Great Lisbon earthquake in 1755 and its “meaning”.

Although the timepiece intends to nod to the great thinkers of the Age of Enlightenment, its look is very modern and edgy. It has a microblasted and black PVD-treated steel case and dial with a seconds counter sub-dial at 6 o’clock. The black colour is paired with electric blue accents, such as the logo, the hands, some screws or the stitching and the reverse side of the black alligator strap. The diameter of the case is 45mm but it seems to be smaller because of the shape of the domed glass on the dial. The watch is powered by the MR05 mechanical, self-winding and entirely hand-decorated calibre. On the front, the essence of the mechanism, the balance wheel and escapement, are visible. 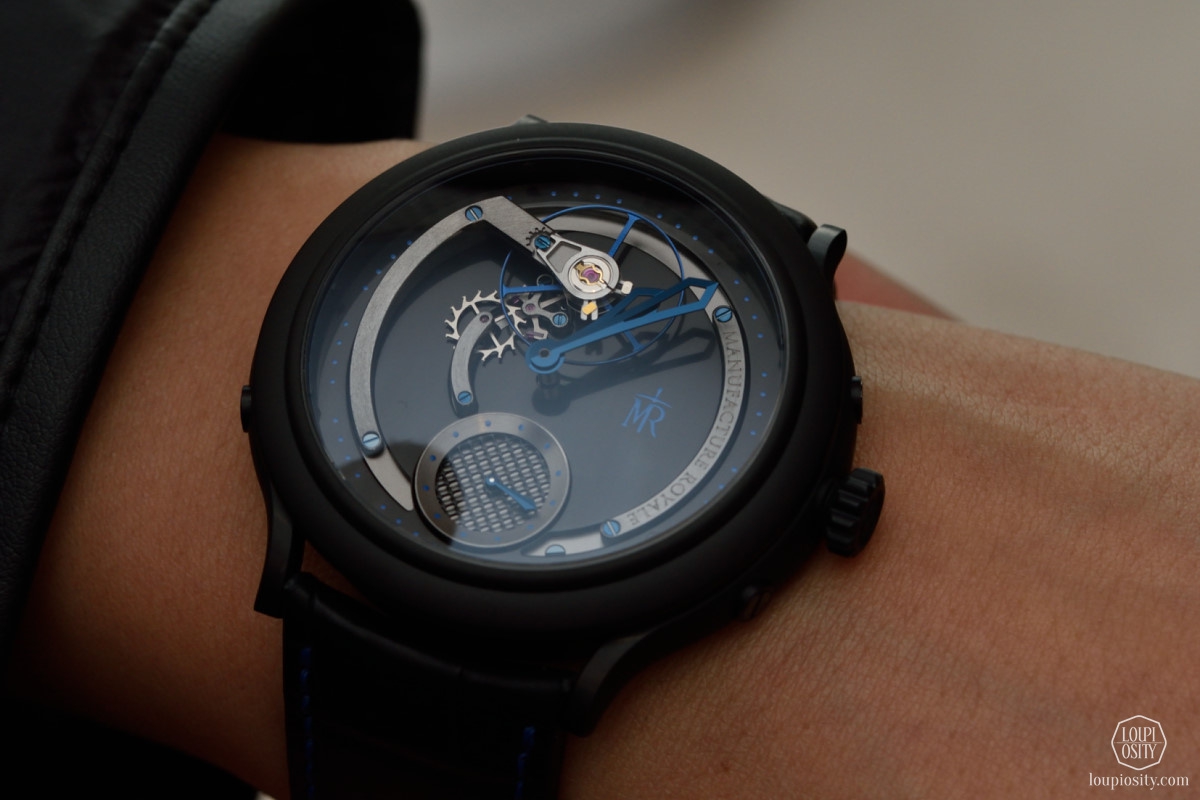 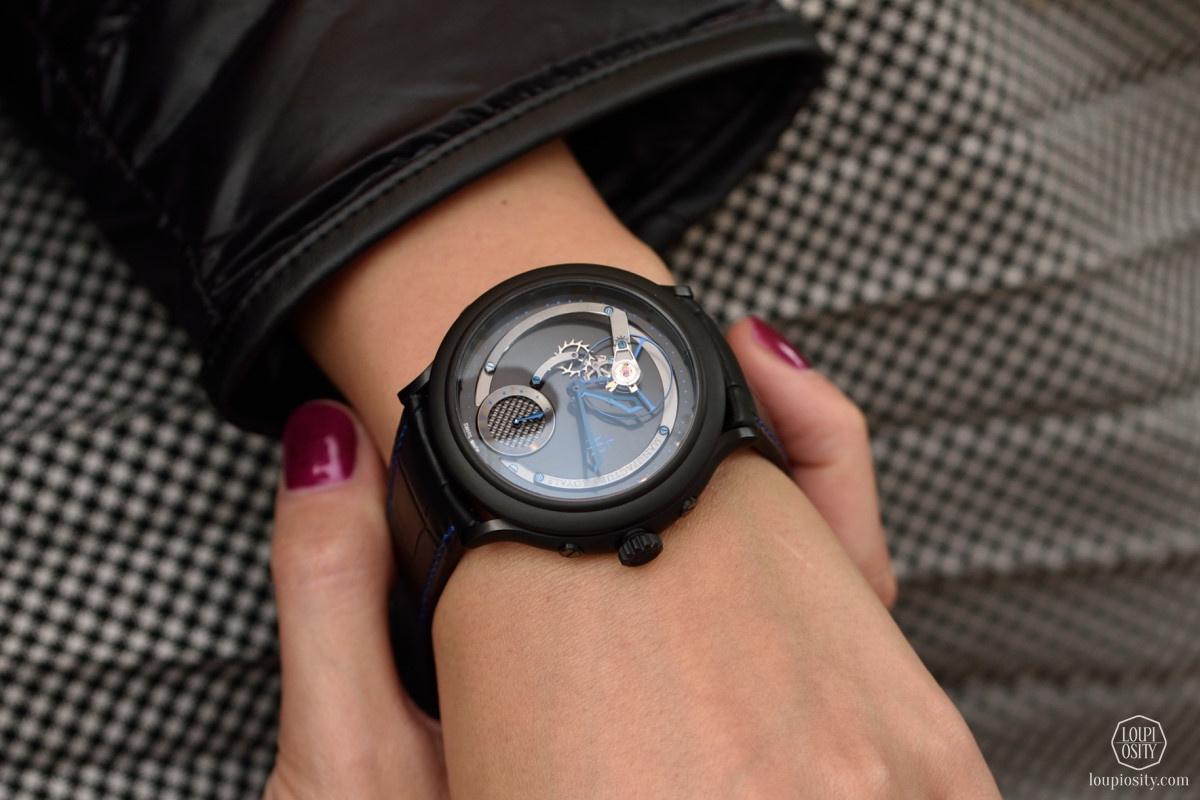 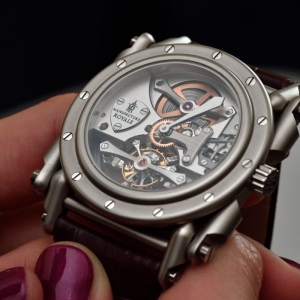 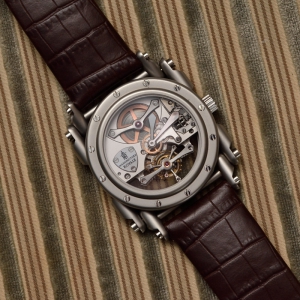 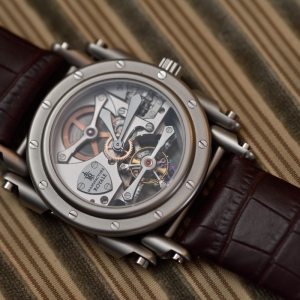 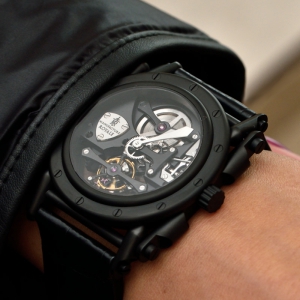 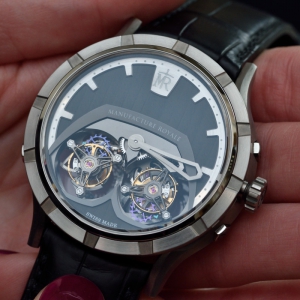 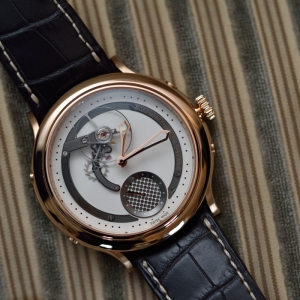 Audemars Piguet at the Dubai Watch Week 2021 Audemars Piguet took part in the 5th edition of the Dubai Watch Week from 24 to 28 November 2021 at the Gate in the Dubai International Financial Centre with a booth and exhibition space, dedicated mainly to the Royal Oak Offshore.Ferdinand Berthoud Chronomètre FB RSM Inspired by the Marine Clock No.8 that earned Ferdinand Berthoud the royal warrant in 1770, the manufacture introduced the Chronomètre FB RSM this Spring. The highly precise movement includes a deadbeat seconds and a stop-seconds mechanism.Girard-Perregaux Free Bridge & Infinity Editions On the occasion of the Geneva Watch Days, Girard-Perregaux showcased the new Free Bridge model and a ‘capsule’ collection including a special edition of their existing models.