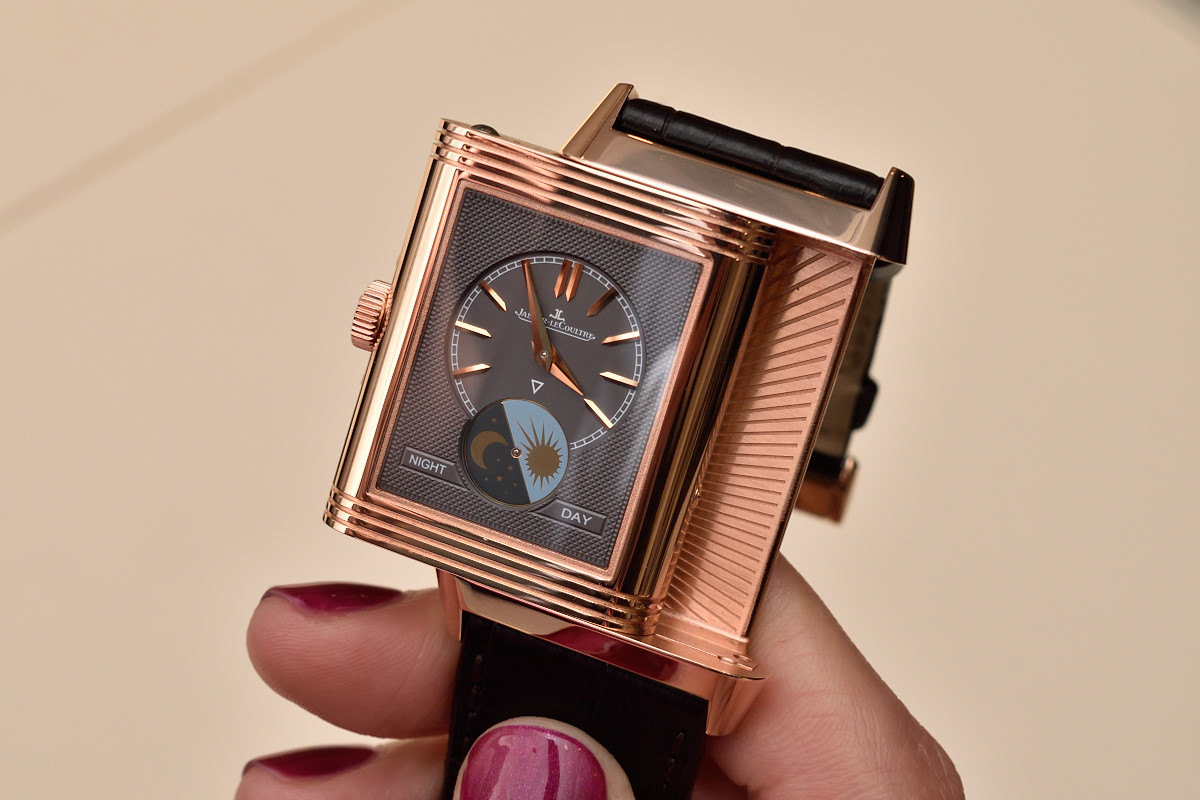 There are many overused expressions in marketing, one is certainly “icon”. For a product to be an icon, it requires time, great and timeless design, to have the same meaning in different cultures and instant recognition.

Among only a few, the Reverso of Jaeger-LeCoultre has become an icon in the past 85 years in the field of fine watchmaking.

The idea behind creating the first Reverso was to make a watch that could withstand the harshness and hits of the British Army’s polo grounds in India in the early 30s.

Jacques-David LeCoultre and French designer René-Alfred Chauvot patented the invention of a “wristwatch which can slide on its base and flip over on itself”. The creation was an instant success. Although the other side of the watch was originally intended to be simple with only the mission to protect the watch from physical collisions, soon it became a place for creative and artistic self-expression via engravings or enamel miniatures.

The Maharaja Man Singh II of Jaipur (with a version bearing the emblem of the elite ‘Sawaiman Guard’ coat-of-arms), King Edward VIII (who abdicated in 1936 to marry the divorced American socialite Wallis Simpson), Amelia Mary Earhart (the American aviation pioneer) and Sir John Mills (English actor) were among the famous wearers.

Reverso also had some appearances on the big screen: in the Dark Knight trilogy (also a special edition Grande Reverso Ultra Thin Tribute to 1931, complete with the Batman symbol) and in the AMC hit period drama “Mad Men” the main character wore a Reverso as a new status symbol. The brand also released a limited-edition watch (25 pieces) inspired by the show: the Grande Reverso Ultra Thin 1931 Tribute to “Mad Men.”

Throughout the years the timepiece has seen many versions in size, movements, complications and designs but it has continued to keep its “Art Deco” lines. It is interesting to know that the height-to-width ratio of the Classic and Tribute pieces have maintained roughly the so-called “golden ratio” or divine proportion.

The mathematical idea of “golden ratio” describes that two quantities are in the golden ratio if their ratio is the same as the ratio of their sum to the larger of the two quantities (phi = a/b = (a+b)/a, if a is the larger). It is believed that this proportion is aesthetically pleasing for the human eye.

Today in the Reverso collection you find the Classic pieces (small, medium and large), the Reverso One line (including the One Cordonnet for ladies) and the Tribute timepieces (with Calendar or the Gyrotourbillon) and the Reverso Squadra (the only square-shaped model). Single and duo-faced models are available in all, except the Squadra where only a Duetto model exists. 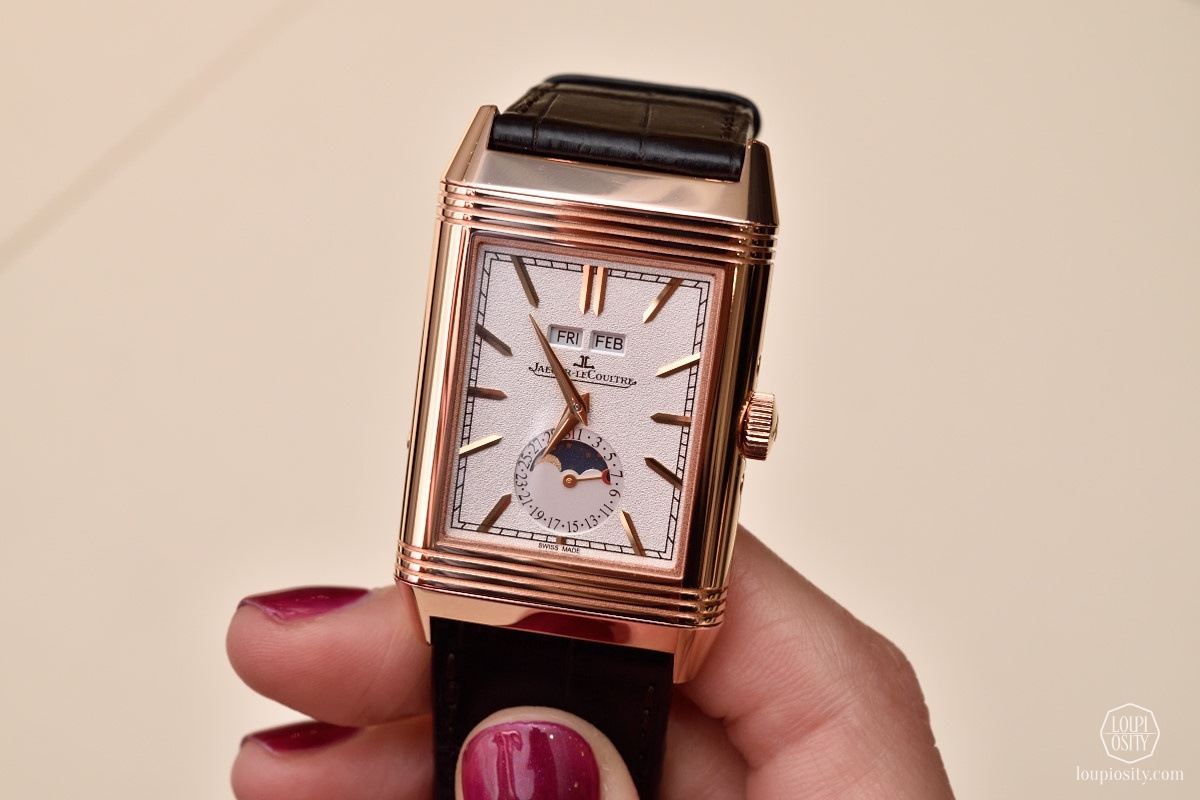 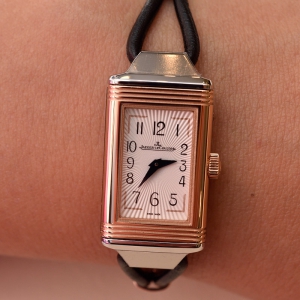 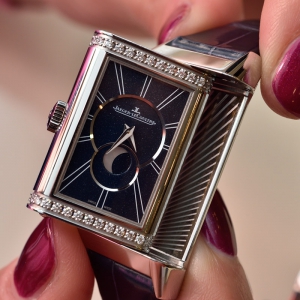 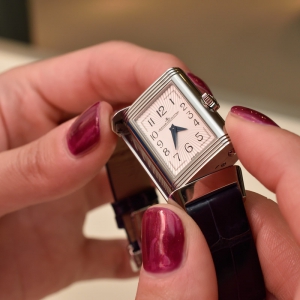 As a cherry on top of the birthday cake, the Manufacture teamed up with another icon: Christian Louboutin, the French luxury designer whose shoes have incorporated shiny, red-lacquered soles that have become his signature. Available in two sizes, the Reverso Classic Duetto by Louboutin watches have amazing colours both on the dial and the strap. And the back sides of the straps reflect the Louboutin red, of course.

According to Christian Louboutin, “A shoe has so much more to offer than just to walk” and I would say that a similar concept is true for fine watches. 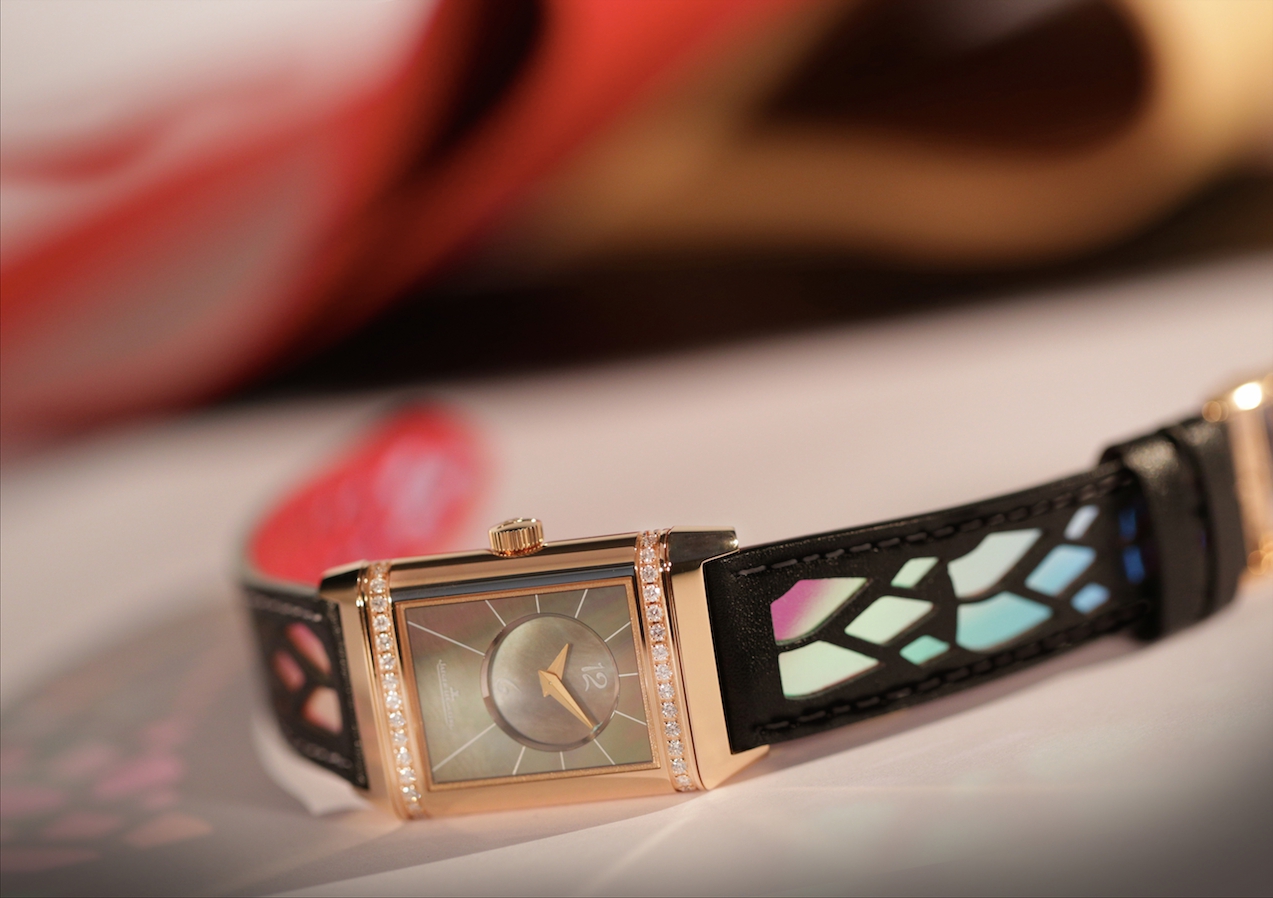 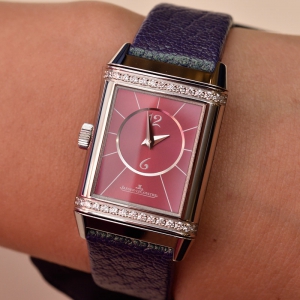 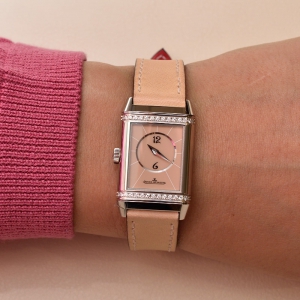 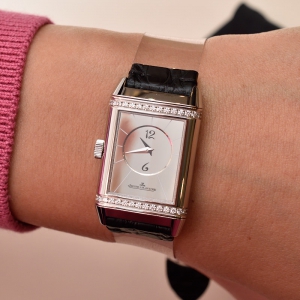 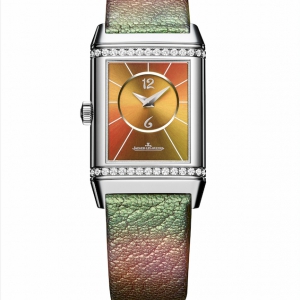 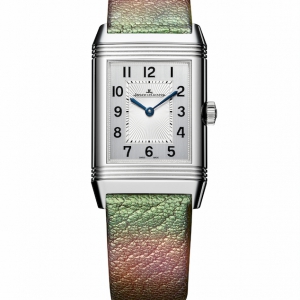 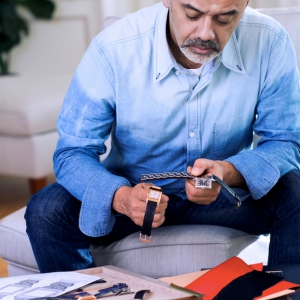 One of the outstanding novelties at this SIHH was the Reverso Tribute Gyrotourbillon, issued in a 75-piece limited series. It has a platinum case equipped with the new Jaeger-LeCoultre manually-wound Calibre 179. It incorporates the 4th generation of Gyrotourbillons, which omits the traditional spherical external cage of the predecessors and rotates – as it was flying – by an external mechanism. This is one of the main reasons why the new Gyrotourbillon is 30% trimmer in terms of both width and thickness. The bi-axial tourbillon performs a revolution in every 60 seconds on one axis, and in 12.6 seconds on the internal.

Being part of the Hybris Mechanica line the timepiece makes no compromise on the technical side nor in the beauty of the design and finishing. The timepiece has two faces: one features a second time zone and a day/night display at 2 o’clock; seconds are indicated by the rotation of the Gyrotourbillon®. The other side shows a silvered and skeletonised face of the watch. 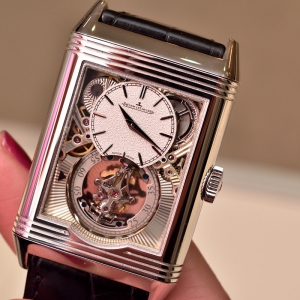 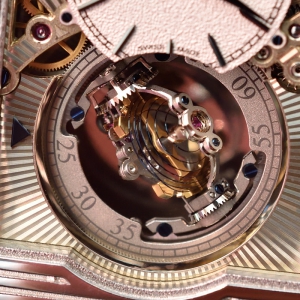 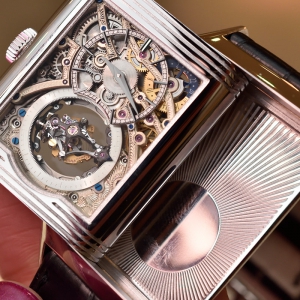 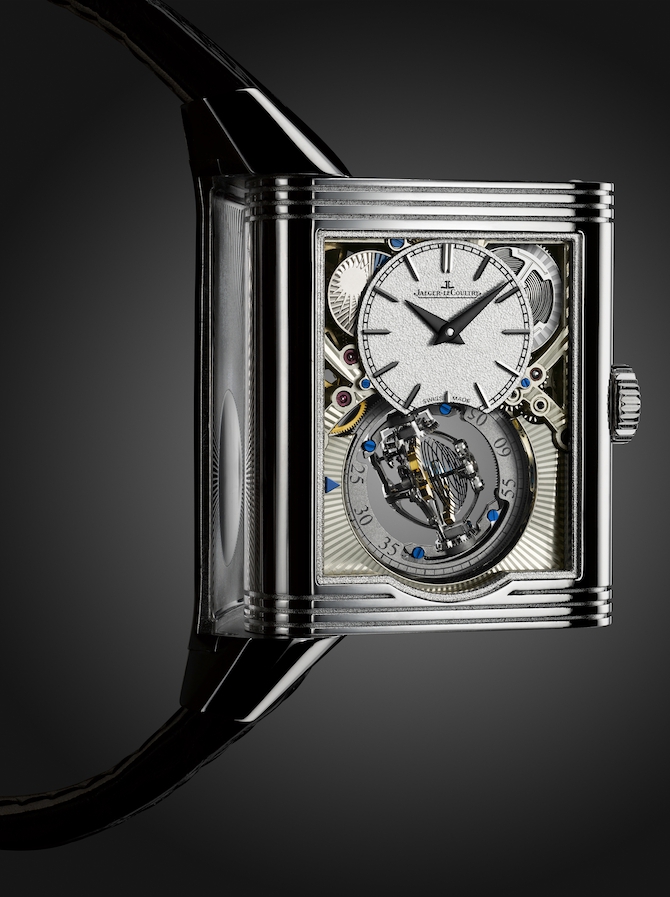 A great factor of Reverso’s successes has been its variability and customizability while maintaining the same spirit. To make an iconic watch even more personal, Jaeger-LeCoultre is now offering “Ateliers Reverso” services, allowing you to create your own Reverso by mixing dials, models and straps in just the way you like it. On touch screens placed in flagship boutiques you can choose from fantastic dials, change the material or shade of the strap and decide on the design of the engraving on the reverse side. At this stage this service it is available for the Reverso Duo and Duetto models with a great selection of design options. 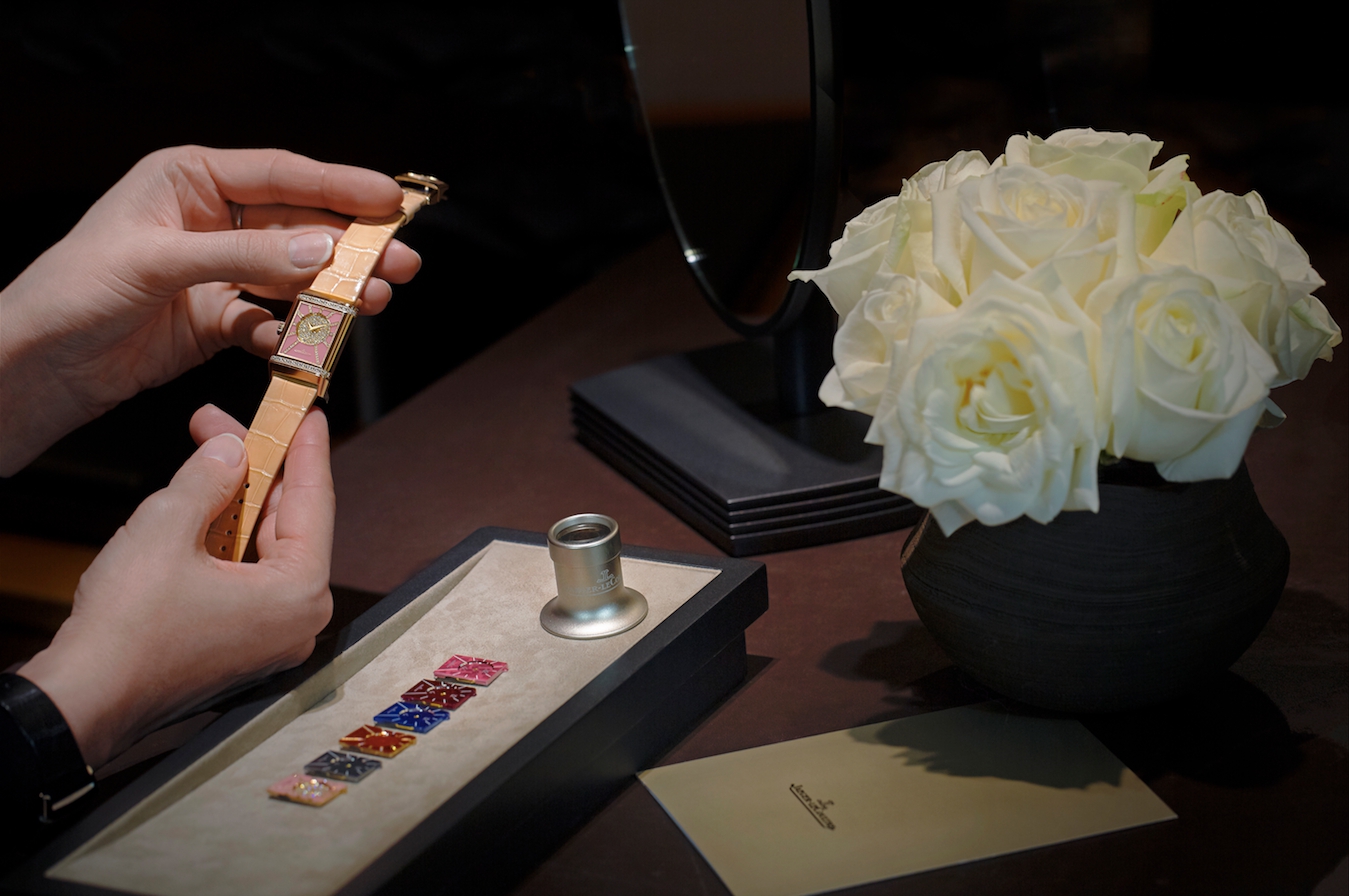 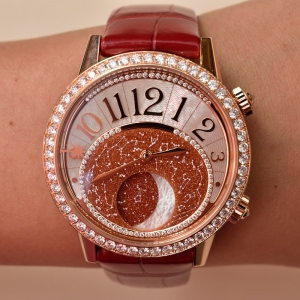 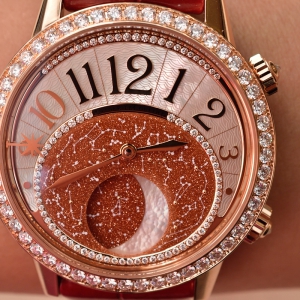 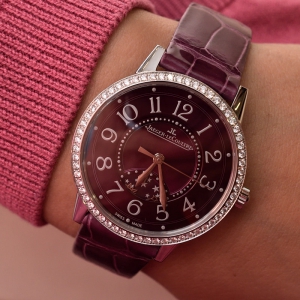 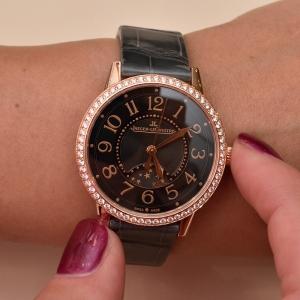 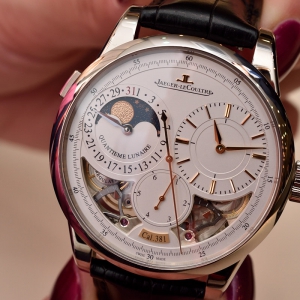 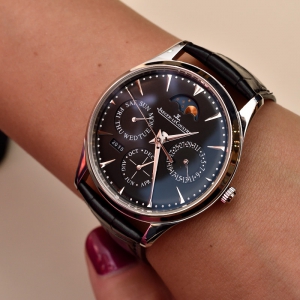 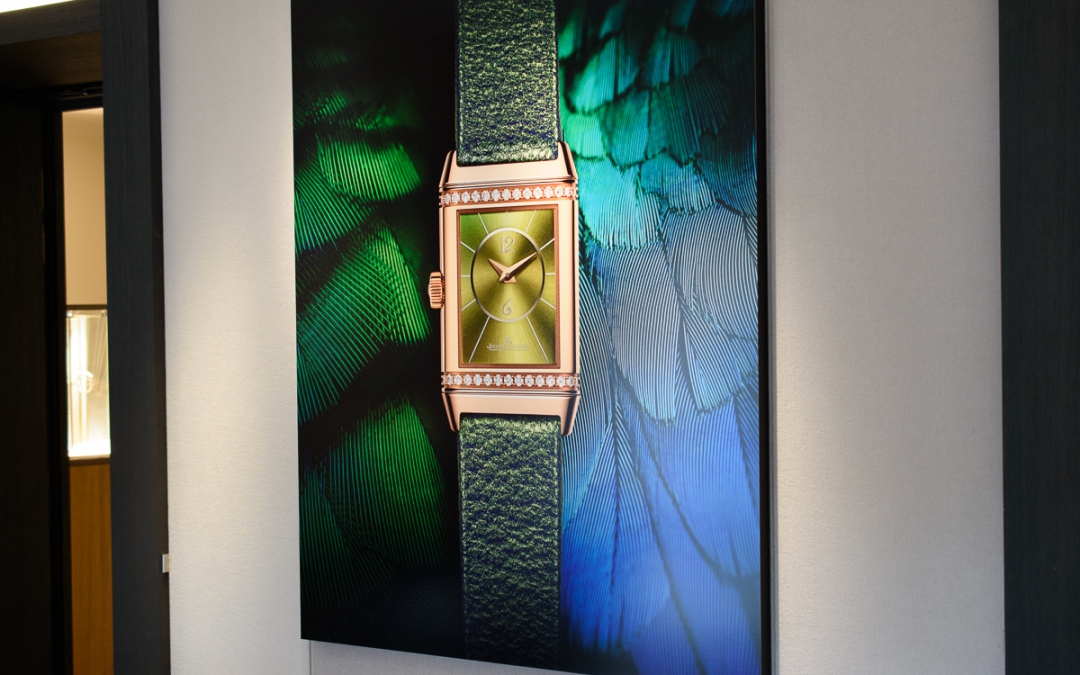 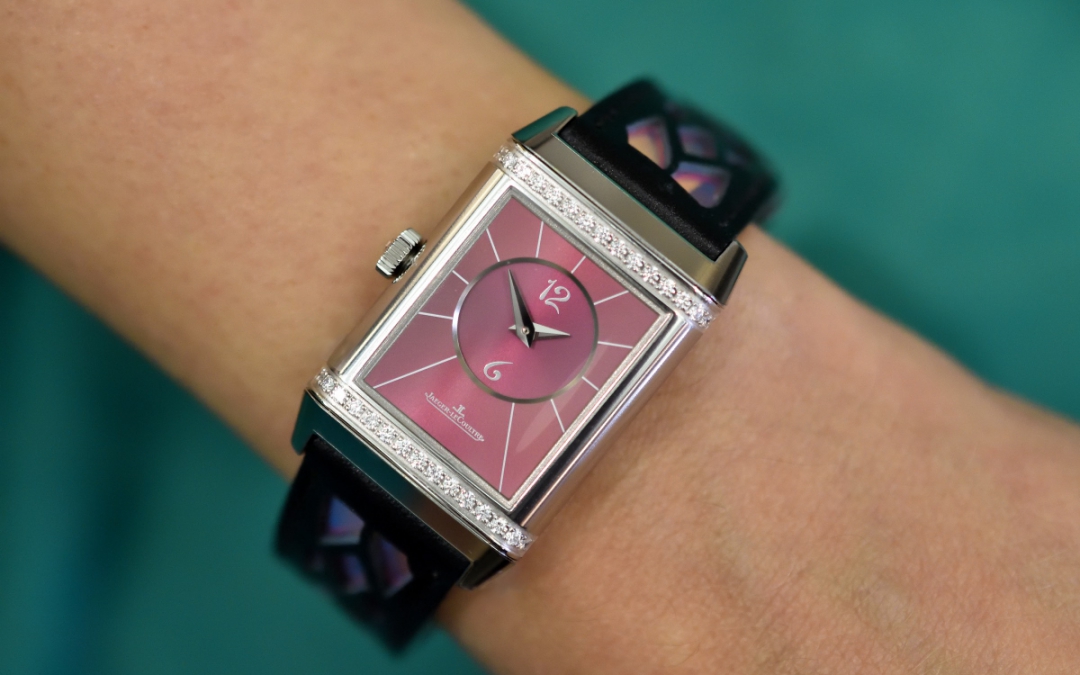 Reverso by Louboutin in Vienna The new Reversos appeared in Louboutin dress at Jaeger-LeCoultre operated by Hübner in Vienna. I went to meet them. 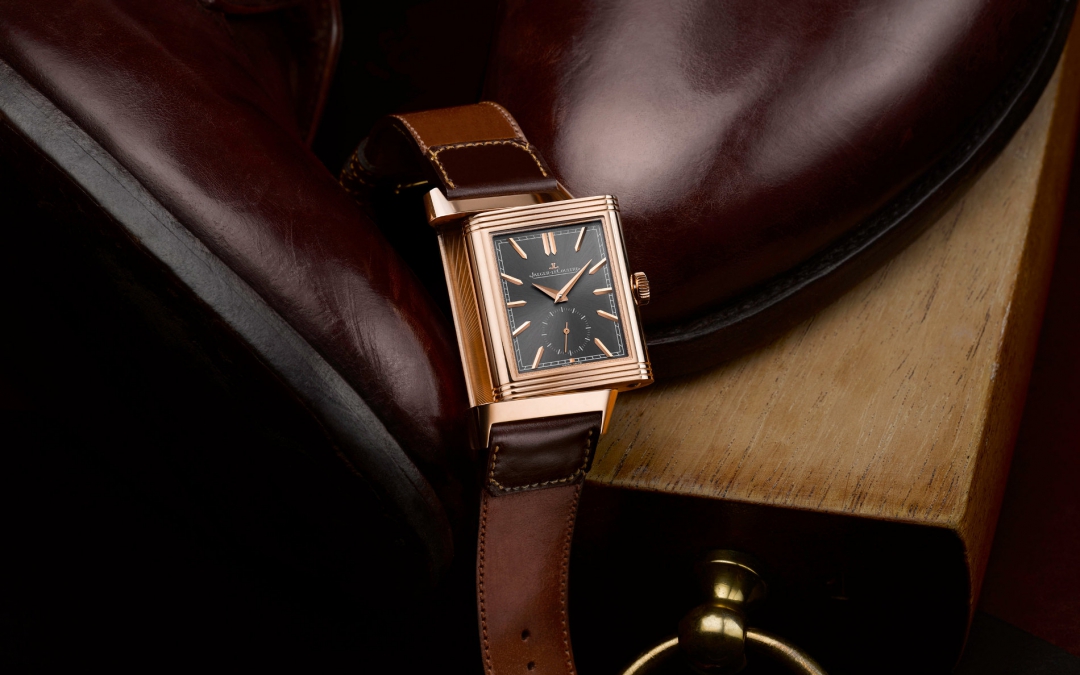