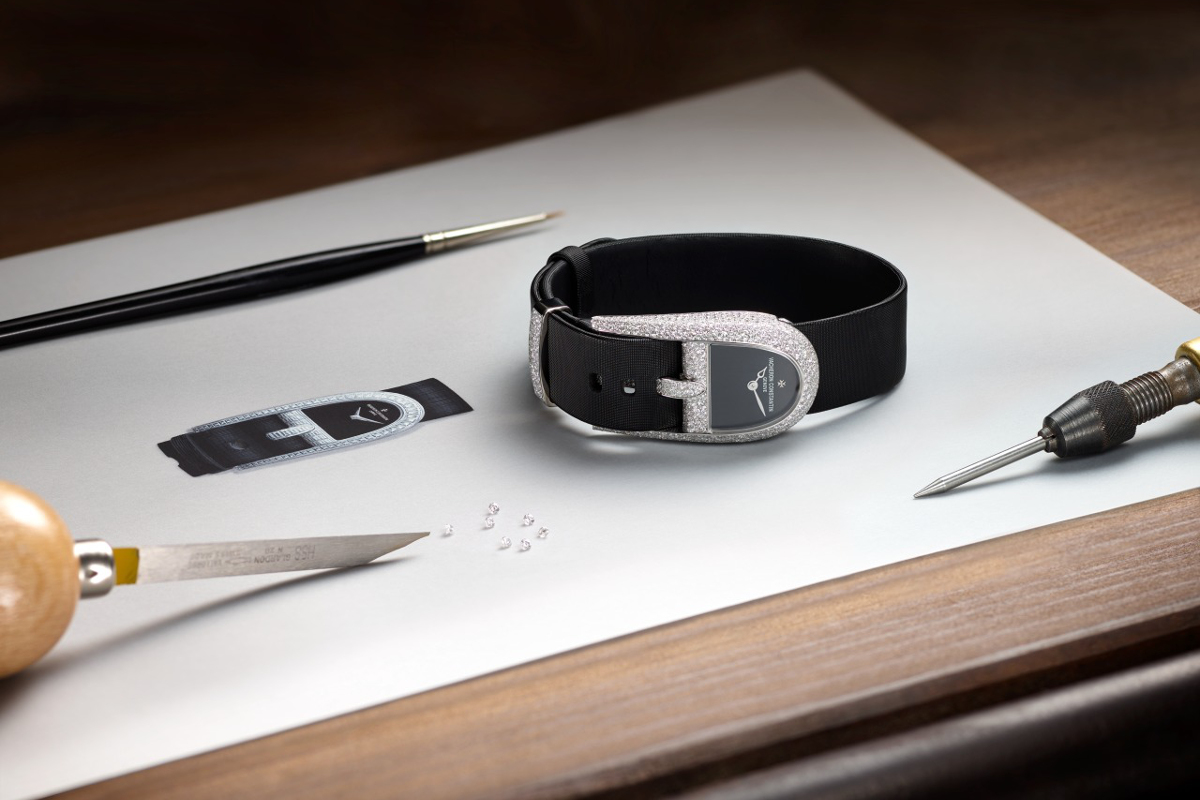 Vacheron Constantin owns an amazing heritage collection and organizes one or two exhibitions of these pieces every year in their Geneva boutique or in other cities. (Lately, for example, the Beijing Capital Museum in collaboration with the Museum of Art and History of Geneva and Vacheron Constantin displayed historic pieces in an exhibition entitled the “Geneva at the Heart of Time – The Origin of Swiss Watchmaking Culture”.) Exhibitions include antiques clocks, pocket watches, wristwatches and special women’s timepieces.

The legacy of the 260 years serves as a great inspiration for the new jewellery watch collection featuring 18k white gold pieces set with diamonds, and operated by the same mechanical hand-wound movement, the Calibre 1055. The Heures Créatives models are influenced by three very strong styles, which are still alive even today.

The first piece is inspired by Art Nouveau. Also known as Secession, or Jugendstil, it was an international philosophy, architectural, applied and decorative art style, most popular between 1890–1910. This period was also called the Belle Époque, golden age or long century To many people the 19th century essentially lasted until 1914, the onset of WW I. The Belle Époque appears to be a time of joie de vivre or joy of living.

The two models reflect this era perfectly. The slightly curved case is adorned with 104 round-cut diamonds (approximately 2.5 cts) and this model has a mother-of-pearl dial and satin black strap. The second version is fully paved with round-cut diamonds including the dial, case and bracelet. You can easily envision these watches on the wrist of Alphonse Mucha’s female figures… 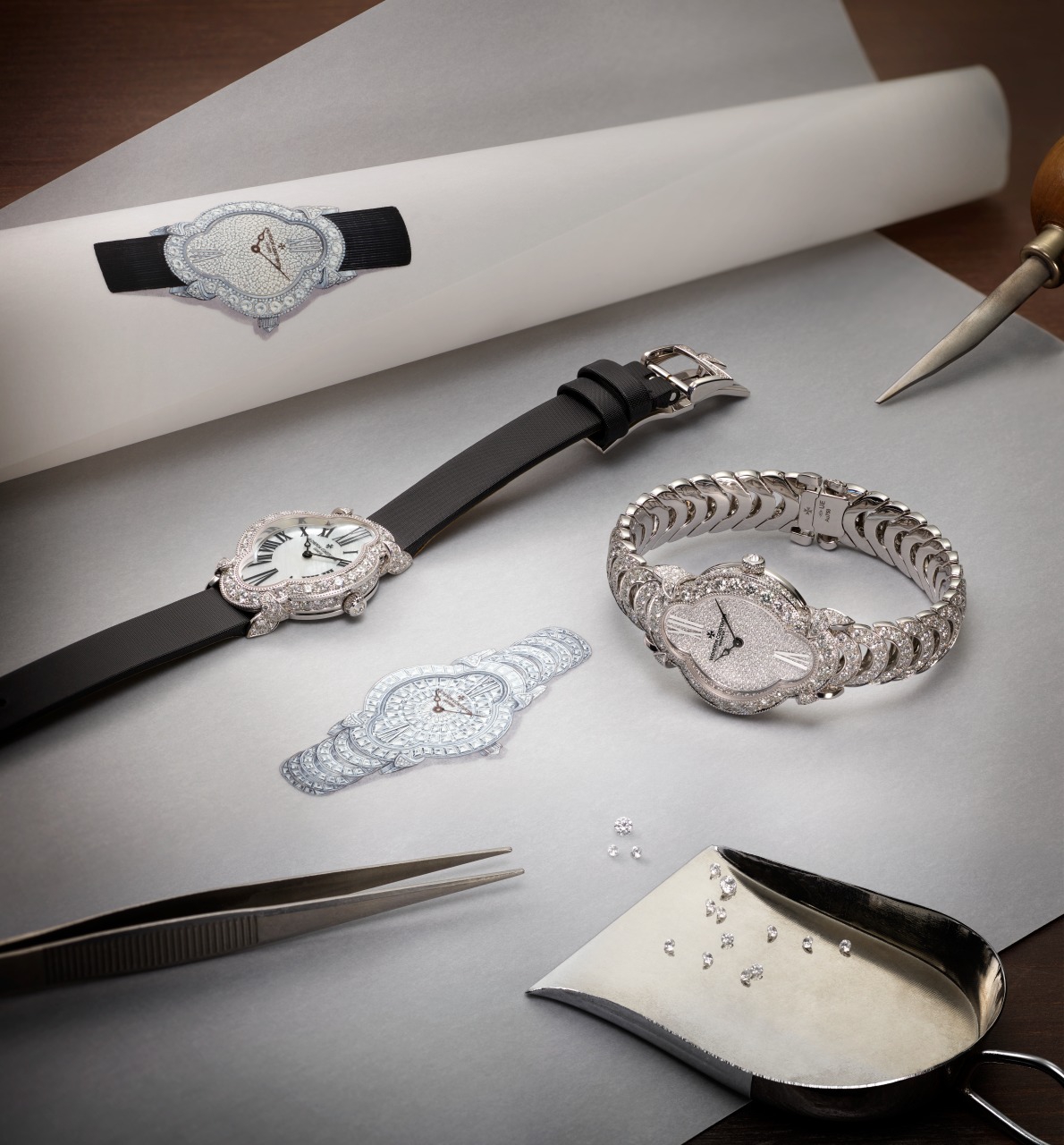 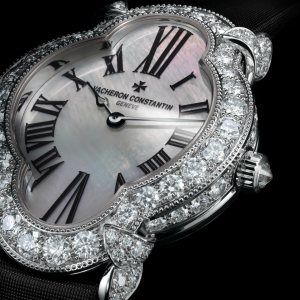 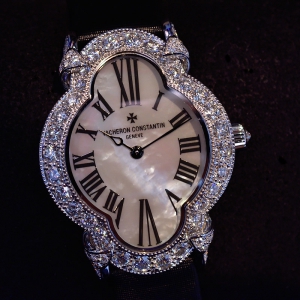 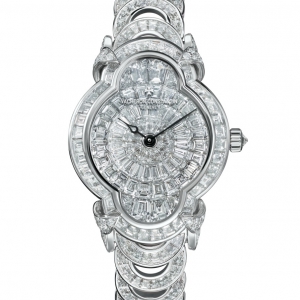 New winds started to blow in the roaring twenties; these years redefined modern womanhood and Art Deco peaked. Art Deco, the influential visual arts and design genre which was characterized by rich colours, bold geometric shapes and lavish ornamentation was also the idea behind many aesthetical concepts in fine watchmaking. The lady of this era wore shorter skirts and even shorter hair, smoked and drank and as opposed to the previous generations they proudly liberated themselves from conventions. More and more female artists appeared such as Tamara de Lempicka – she was one of the most fashionable portrait painters of her generation among the haute bourgeoisie and aristocracy.

The Heure Discrète with its geometric symmetry and clean lines reflects a pure Art Deco spirit. It is shaped as a fan decorated with 286 diamonds (or in the case of the full set version it is extended by three undulating white gold ribbons, set with nearly 11 carats of diamonds.). The Heure Discrète is a secretive timepiece, if you open the fan it reveals the small white mother-of-pearl dial. 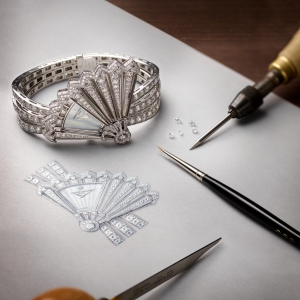 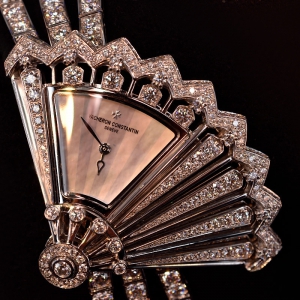 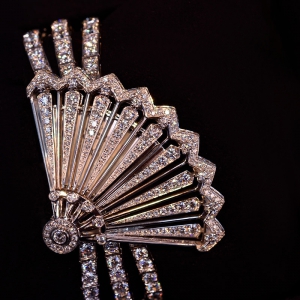 The women’s rights movement made significant strides in the 1970’s and took on a prominent role within society. There was a new variety of women, entering new fields, functioning with a new sense of identity, integrity and confidence. Hippy chic, the Studio 54 fever, dresses from Diane Von Furstenberg, Charlie’s Angels’ comfortable outfits or the elegance of Jackie O were all among the styles of the age. Helmut Newton (the emblematic German-Australian photographer) made Le Smoking of Yves Saint Laurent iconic; he shot for French Vogue in 1975, the story featured an androgynous woman standing in a hazily lit Parisian alleyway, hair slicked back, crisp white cravat, cigarette, entwined with a model dressed only in black stilettos. With stark monochrome simplicity, Newton created a piece of iconography that to this day has never gone out of fashion.

I would imagine the Heure Audacieuse on the wrist of a tuxedo wearing woman. It is a precious cuff watch: it looks like a belt-buckle, entirely covered with diamonds and with a winding crown hidden under the black satin strap. It is also available in a precious version with 172 invisibly set baguette-cut diamonds totaling 11.30 carats. 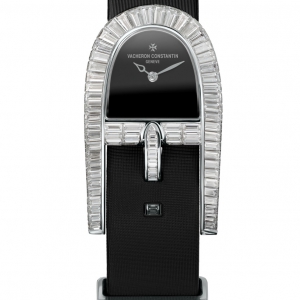 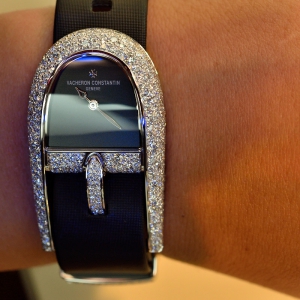 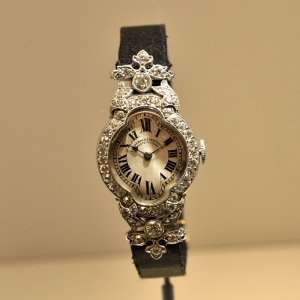 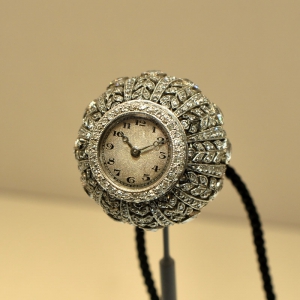 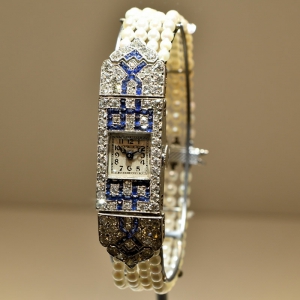 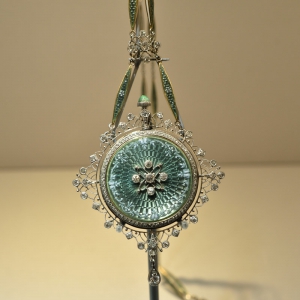