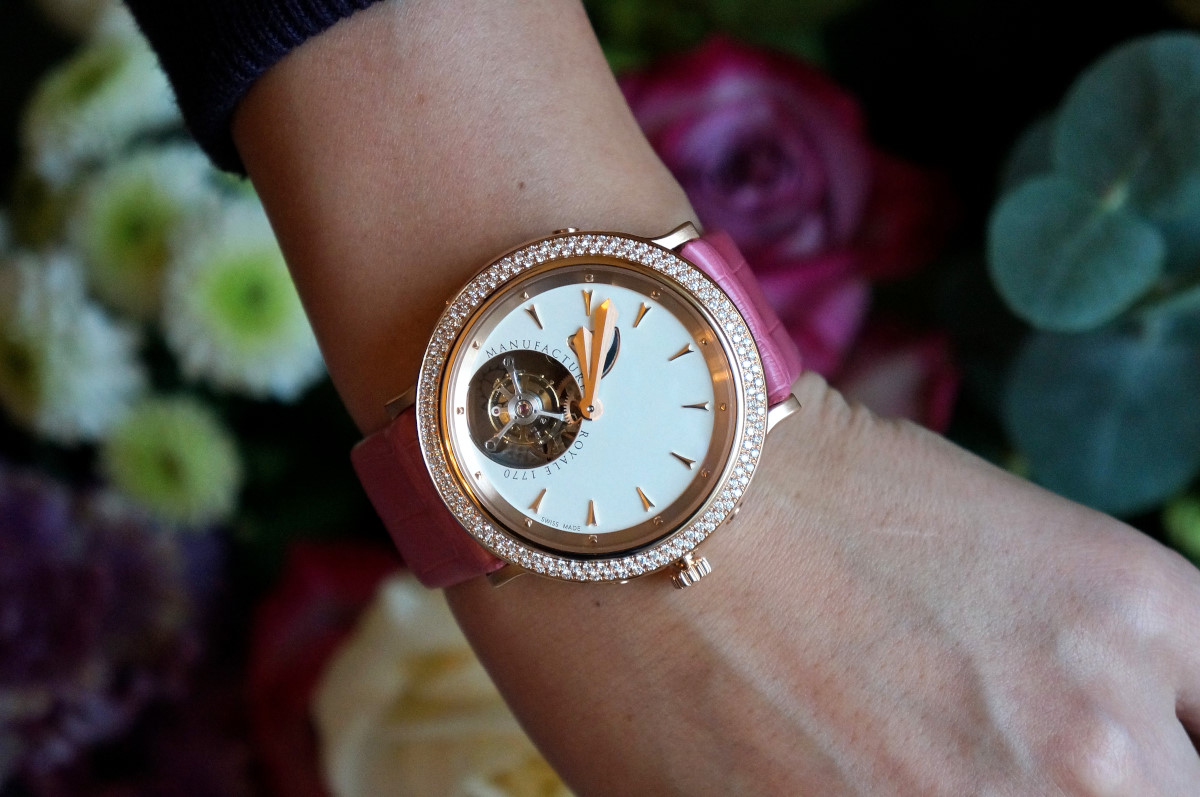 It’s just few bus stops from where we sat with Manufacture Royale in the Beau Rivage Hotel to Château de Voltaire – the estate in the little border village of Ferney outside Geneva. The leading mind of the Enlightenment established the “ideal society” during the last 20 years of his life. These walls have seen the distinguished guests of the time from all over Europe, no wonder why Voltaire called himself the “innkeeper of Europe”. The philosopher, writer and provocateur was also a successful businessman and he welcomed the disenfranchised Protestant watchmakers who were leaving Geneva. With them Voltaire brought alive a manufacture at his Ferney estate in 1770, which achieved notable success until his death in 1778.

Since the book of Manufacture Royale was reopened in the 21‹sup›st‹/sup› century, the brand has produced extravagant timepieces winking at Voltaire in the Heavens. The company wants to encapsulate the free spirit of the genius in each piece and let him revive in these wearable contemporary objects of art.

The brand is now bowing its head to Voltaire’s vigour and audaciousness to establish his workshop in the twilight of his life 245 years ago through two limited versions of the Androgyne “Origine”: 20 pieces in rose gold and 45 in black PVD-coated stainless steel. The skeletonized hand-wound MR06 movement regulated by the flying tourbillon is aesthetically flawless and you can admire it from both directions through the sapphire glass. It is placed in the versatile case well known from the Androgyne collection. The two colour options will have distinct fan clubs as they evoke different emotions. The black with the red alligator leather is a bulls-eye. 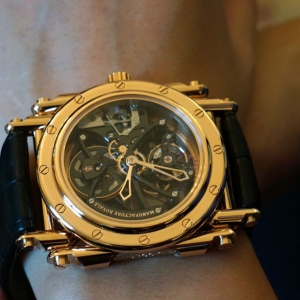 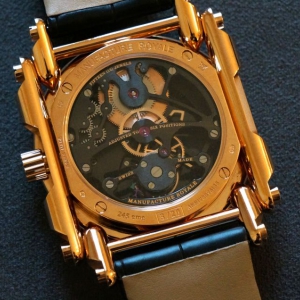 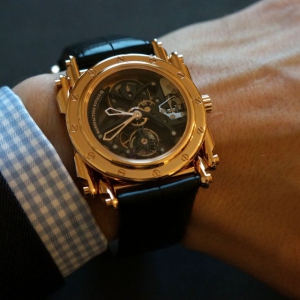 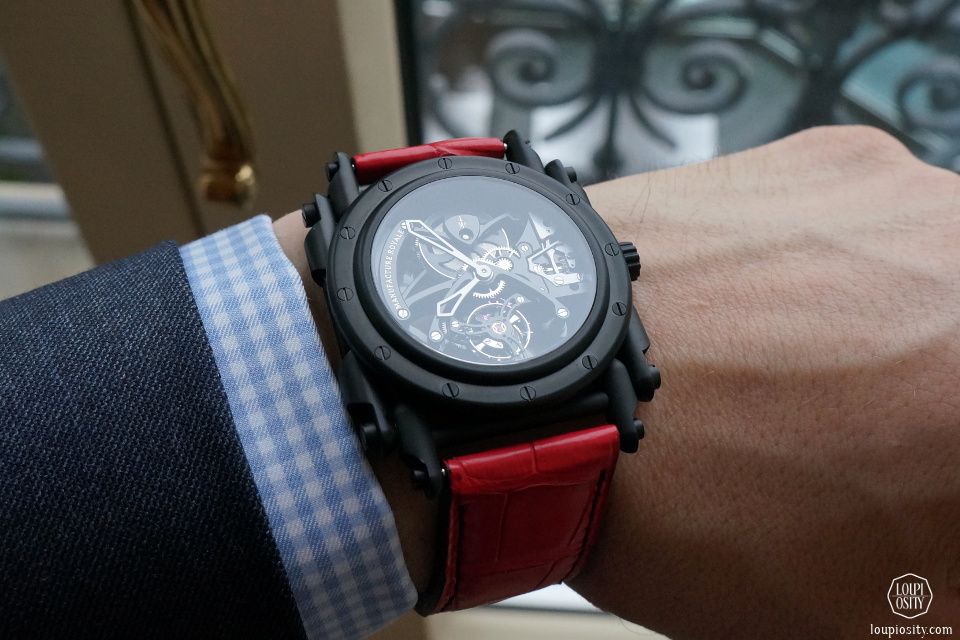 The first non-skeleton Manufacture Royale model: 1770 was announced at the last Baselworld. The collection is characterized by the large opening with the tourbillon at 7 o’clock and the two sword-shaped hands. This January a rose gold version with an open-worked dial was announced. The dial may be ordered in silver and black gold, which being open-worked at the circumference, only gives hints of the MR03 movement. Just as in the Androgyne “Origine” the 1770 has a silicone escapement and incorporates ceramic ball bearings providing greater durability. Watchmakers used polished, straight/grained and satin finishes throughout the timepiece; the hands were given a 3D effect and great legibility by combining satin finishing and polishing. 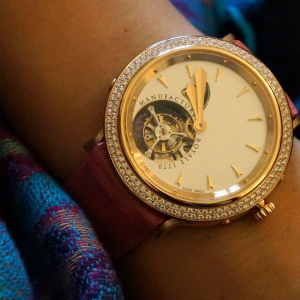 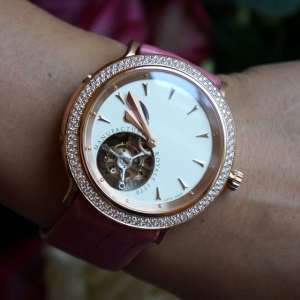 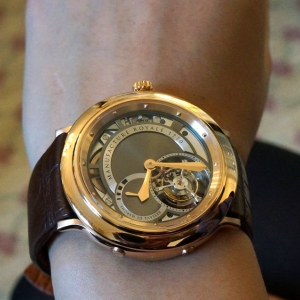 Bernhard Lederer Central Impulse Chronometer One of the most pleasant meetings at the Geneva Watch Days revealed one of the most exciting horological masterpieces introduced at the event. Bernhard Lederer showed us his Central Impulse Chronometer at the Beau Rivage Hotel.URWERK - Geneva Watch Days For the Geneva Watch Days, URWERK set up in a beautiful suite with a lakeside view at the Beau-Rivage to introduce their latest novelties. We saw the unique UR-T8 Raptor piece and the EMC Time Hunter Desert Sage.Important Modern & Vintage Jewels auction by Antiquorum Antiquorum - established in 1974, Geneva - is well known for its niche in the auction world by offering collectors’ timepieces worldwide. Now the auction house has stepped in a new territory with its first jewellery auction. We visited them prior the 11 November sale.