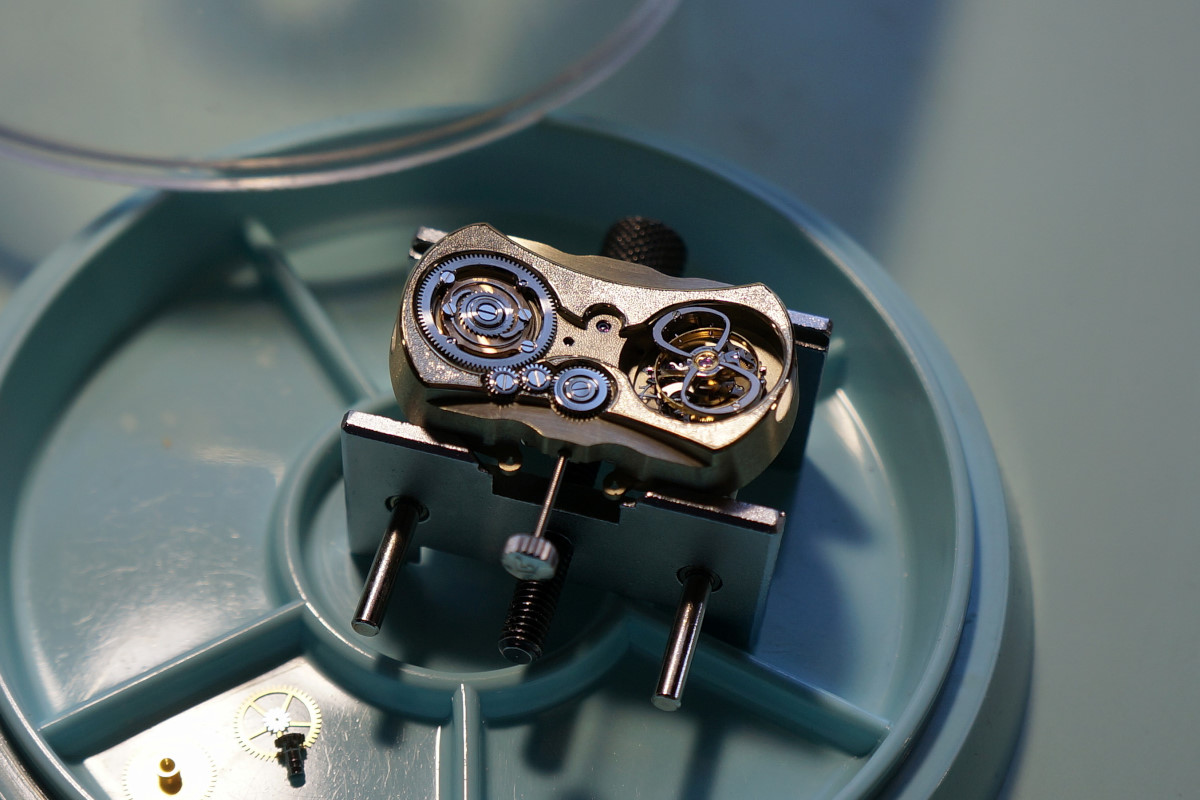 When at Baselworld, I always take great pleasure in browsing the small brands showcasing their pieces in the Palace. One of my instant loves for its particularly elegant shape was the red Ivresse from Badollet. It took some time, but I finally made it to Le Solliat – probably one of the most laidback little places on Earth. Experiencing perfect peace, I wondered no more why Vallée de Joux has become a natural habitat for fine watchmaking workshops.

Since 2006 this beautiful environment gives home to Badollet, a new manufacture under an old watchmaking family name.

The Badollet family moved to Geneva from France in the 16th century. Jean Badollet was the first watchmaker of the family and his sons, and later grandchildren continued the craft. One of Jean Badollet’s ancestors worked with Abraham-Louis Breguet. By the end of the 19th century over 250 people worked at the company, they won numerous international awards and even delivered watches for the court of British King Edward VII. The pieces of Gustave Badollet – the final representative of the dynasty – pop-up at auctions from time to time (such as a gold minute repeater chronograph pocket watch or a gold and enamel keyless cylinder fob watch).

The workshop is very small and they chose “exclusivity” as Badollet’s manifesto. They produce somewhere near 50 pieces annually and do not want to expand beyond 100. This means of course, that what is created here could be totally influenced by the client’s idea. On the market of the finest mechanical timepieces it is rather challenging not only to invigorate the company but position it as an upmost cult brand – and this is exactly what Philippe Dubois, CEO of the company has taken on when he joined Badollet. I was guided by him throughout the day. 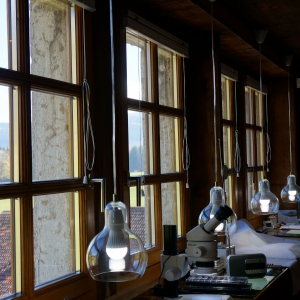 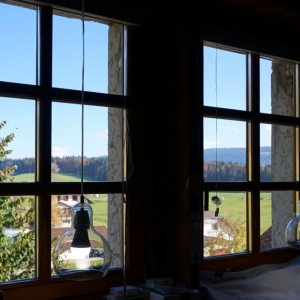 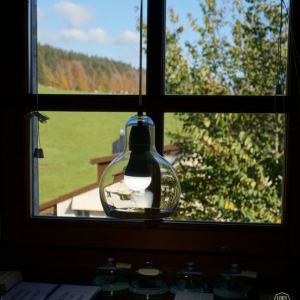 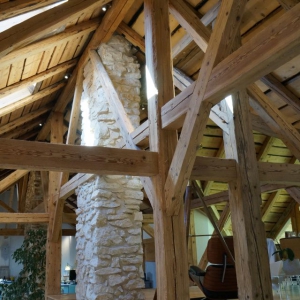 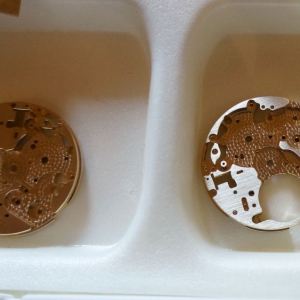 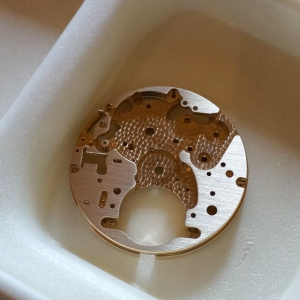 The “flagship model” of the company is the Ivresse I spotted first in Basel. The shape comes from Eric Giroud, the Swiss designer who is behind the Opus 9 (Harry Winston), the Thunderbolt No.4 watch – MB&F, Manufacture Royal, Rebellion and many more. The movement is the brainchild of David Candaux, who after many years at Jaeger-Lecoultre as Concepteur horloger founded his own company, DCHC (David Candaux Horlogerie Créative). He has been involved in many independent projects like Rebellion and Fonderie 47. At Badollet he designed a unique movement to fit into the curvature of the rectangular 950 platinum case. The result is a hand-wound flying tourbillon domed movement with cone-shaped going train, nickel silver main-plate (of course fully hand-decorated) in a case offering beautiful aesthetic pleasure, but very little space: 35.00 mm x 19.50 mm x 6.40 mm. 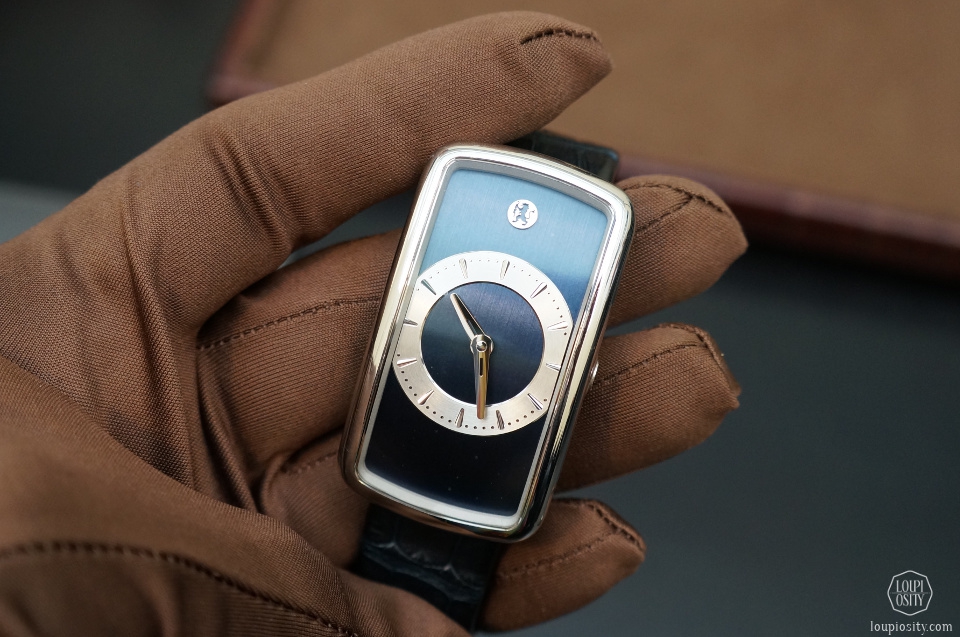 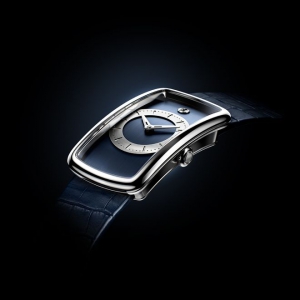 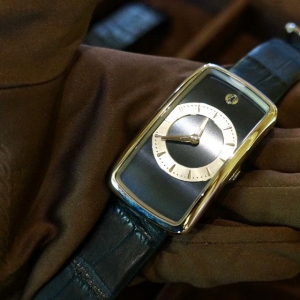 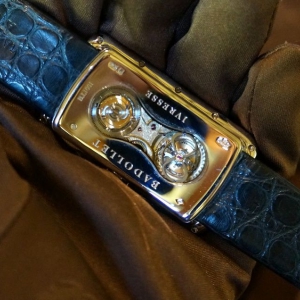 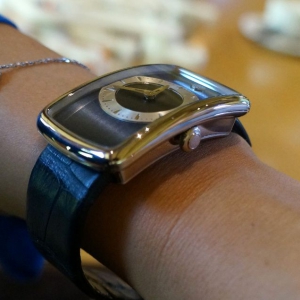 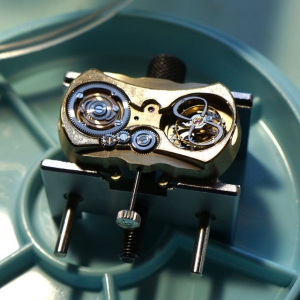 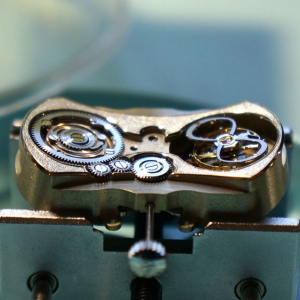 Being pretty extravagant Badollet decided to design only movements with tourbillon. The collections include Crystalball Stellaire, Crystalball Bamboo, Crystalball Chronograph, Observatorie 1872 and Ivresse.

Since the workshop is small, Badollet maintains a very direct and creative working environment, where engineers and artisans work next to each other and decisions are made quickly. It is fairly common that the CEO treats the customers directly and watches are handed over to them by the master watchmaker.

I enjoyed speaking with Philippe and David a lot. Just to give you a little impression of the harmony around – close to Daniel’s workbench there is his father’s, who before retirement had worked as watchmaker for Patek Philippe and comes down often, even today. Similarly, his daughter has a little dedicated desk to play around. A three-generation idyll – would you want to work with anything else than amazing timepieces if you grew up like this? 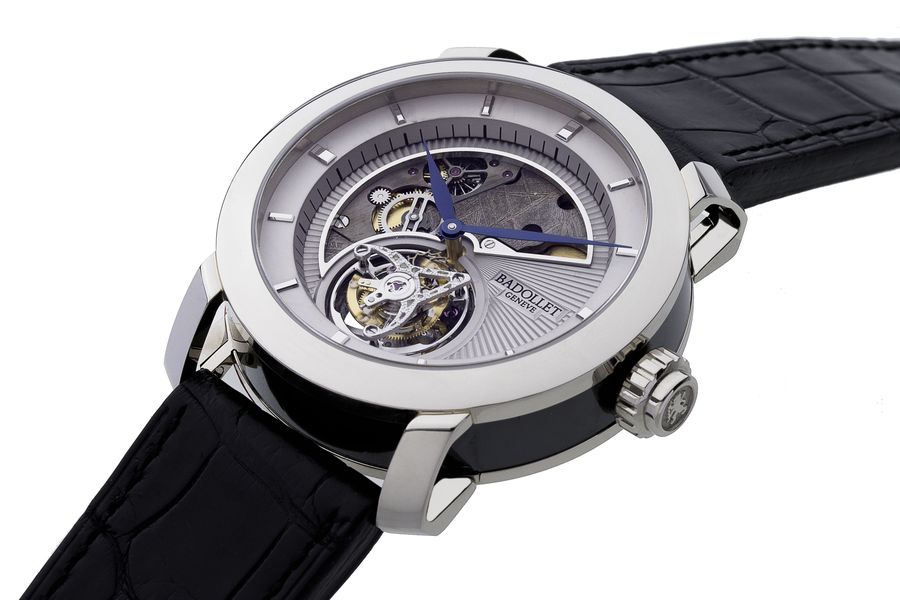 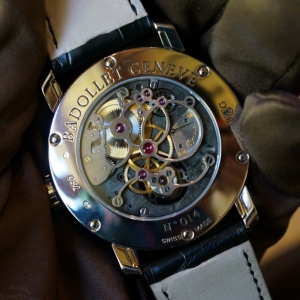 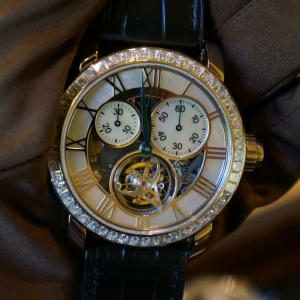 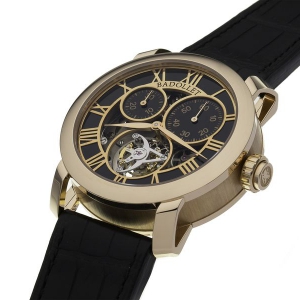 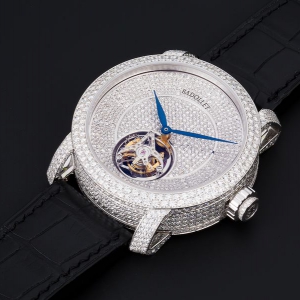 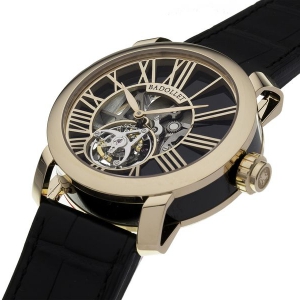 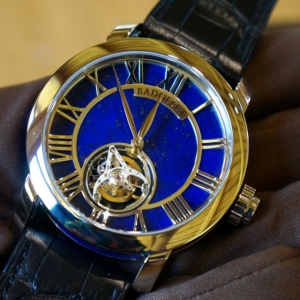 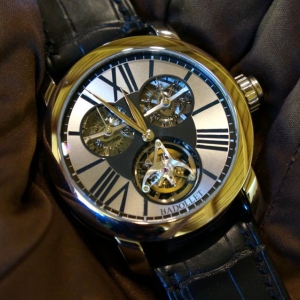 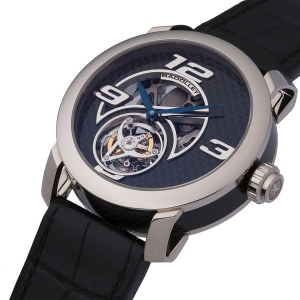 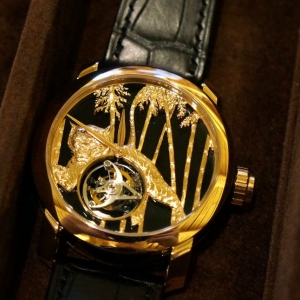 Photo credits: Badollet, Loupiosity.com.
All registered trademarks are property of their respective owners.
All rights reserved.

'Details: Genealogies of Ornament' - Homo Faber 2022 The ‘Details: Genealogies of Ornament’ is set in the Nautical School area at Fondazione Giorgio Cini. It is one of 15 exhibitions that comprise the Homo Faber Event 2022, organised by the Michelangelo Foundation. The stellar odyssey Jaeger-LeCoultre summoned the starry night skies of the Vallée de Joux in the dazzling bustle of the Watches and Wonders. Among other creations the manufacture presented two new celestial timepieces based on the fantastic Calibre 945 and an Atmos clock displaying the relative positions and movements of Earth, the Moon and the Sun.Girls don’t just wanna have fun – Vacheron Constantin, Part… In this series, we showcase mechanical and artistic wonders that were specially designed for women and others originally for men that come alive on spirited ladies’ wrists. Vacheron Constantin presented wonderful novelties to women at the online Watches and Wonders event in April. Finally, we were able to try them on.